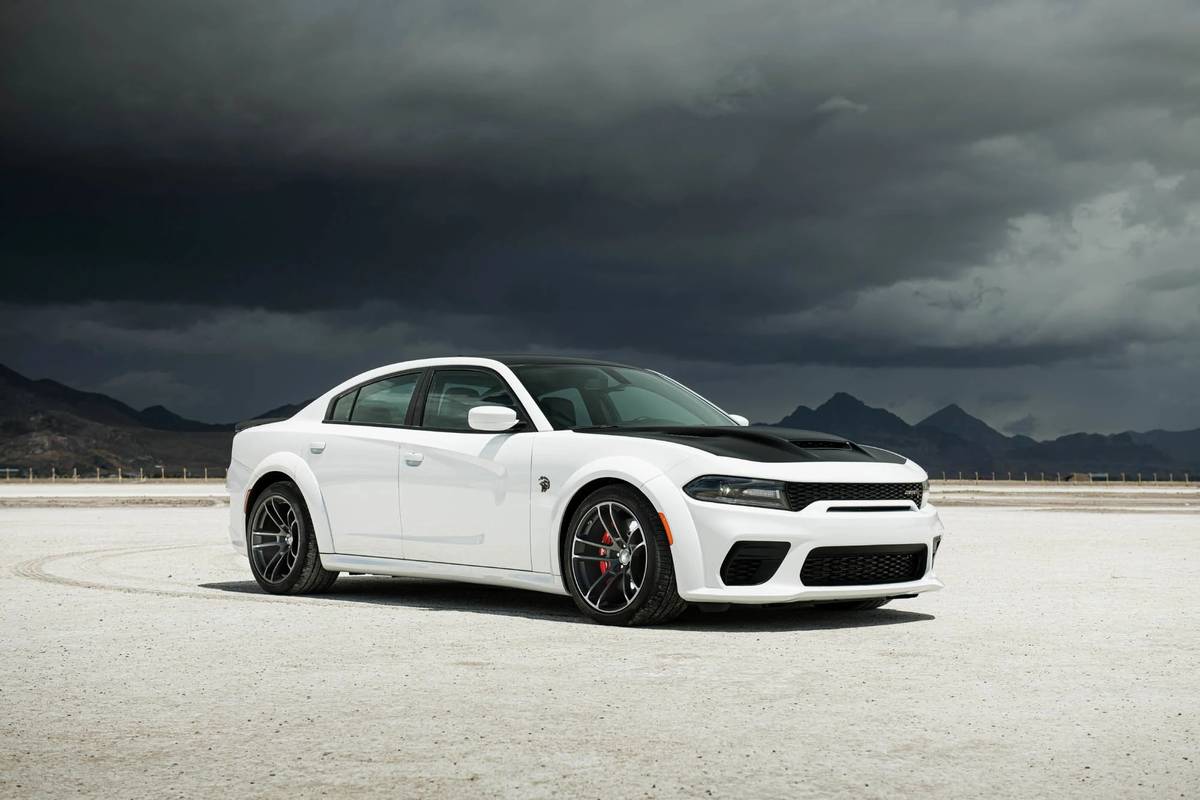 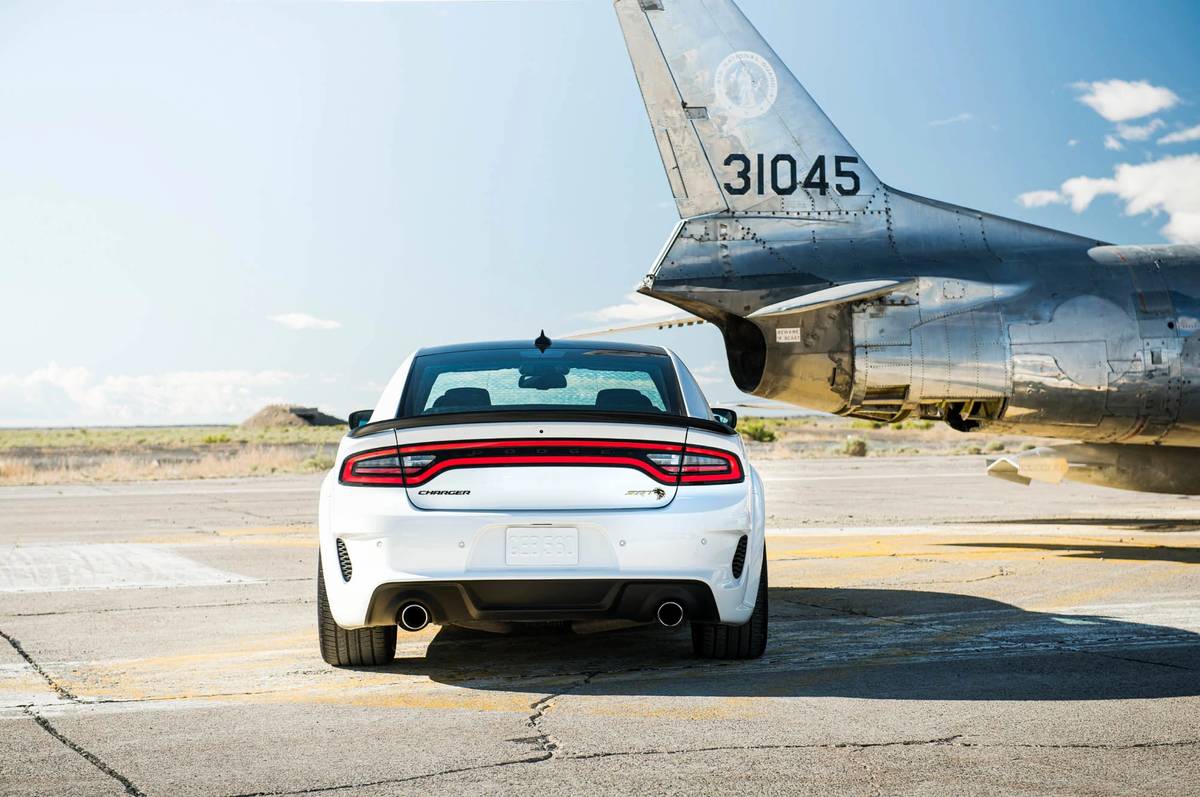 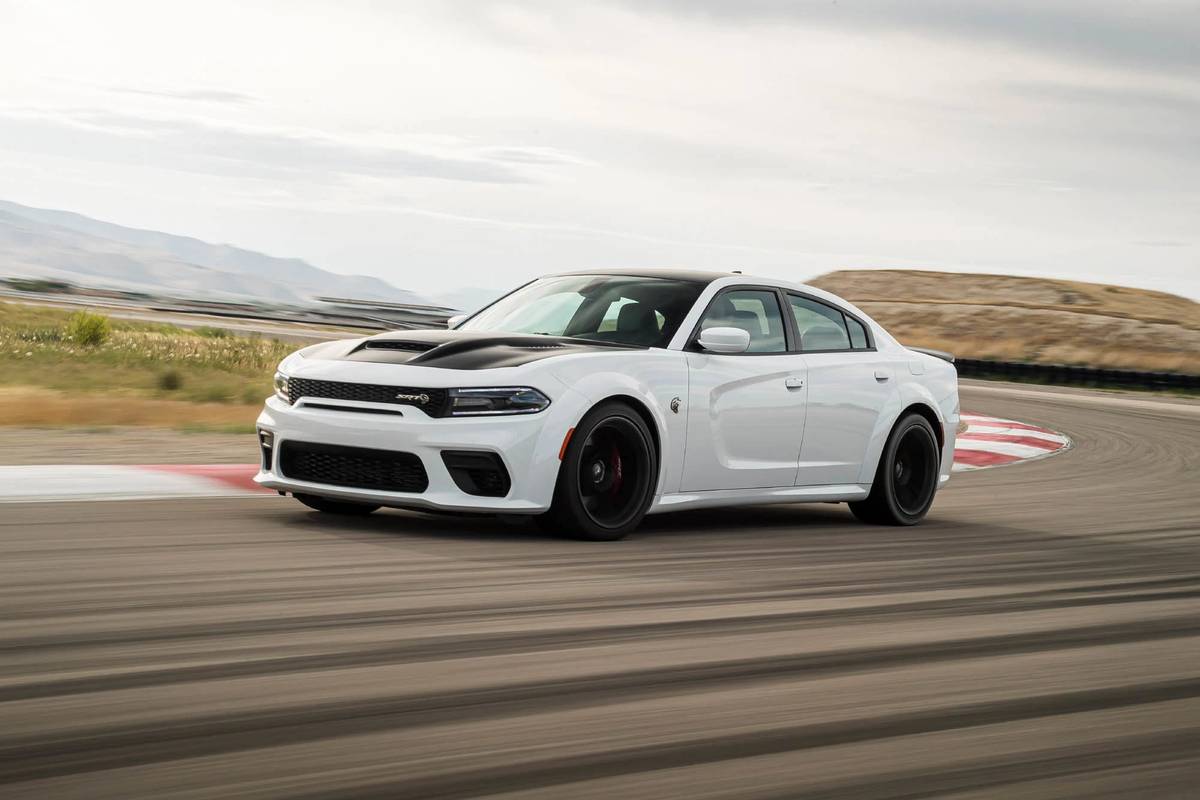 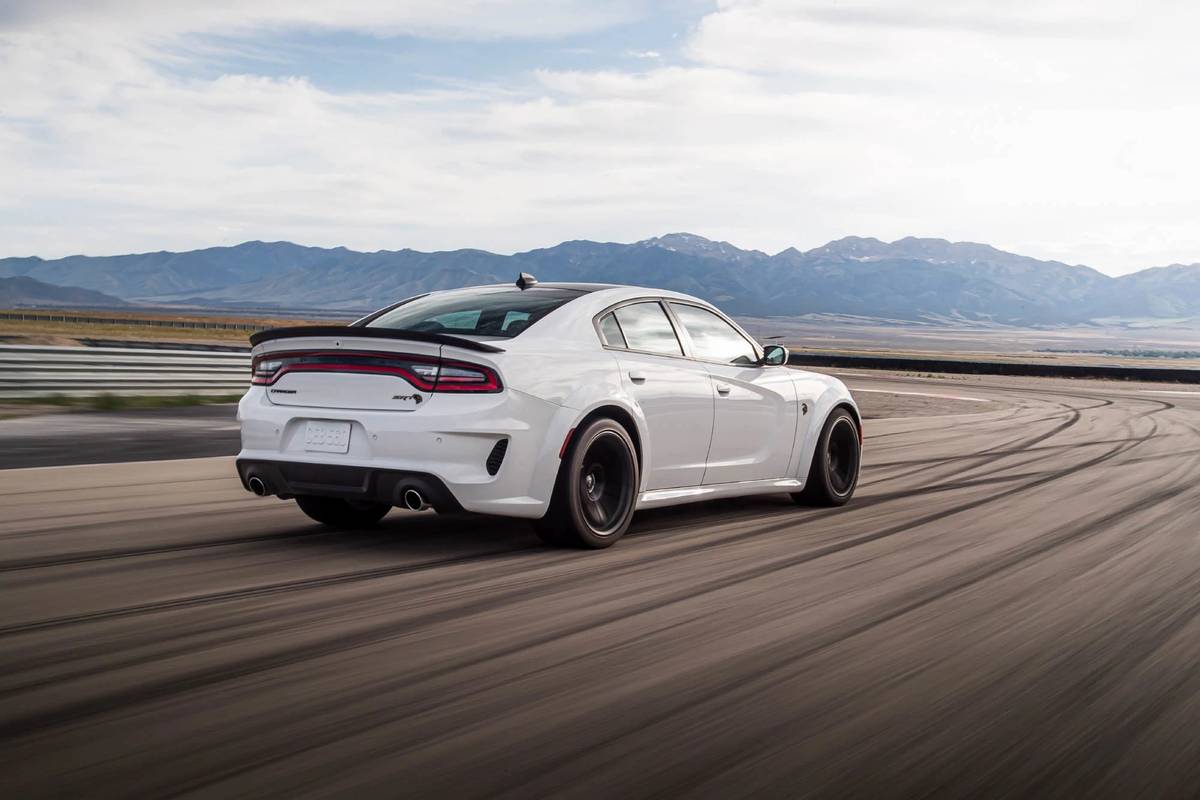 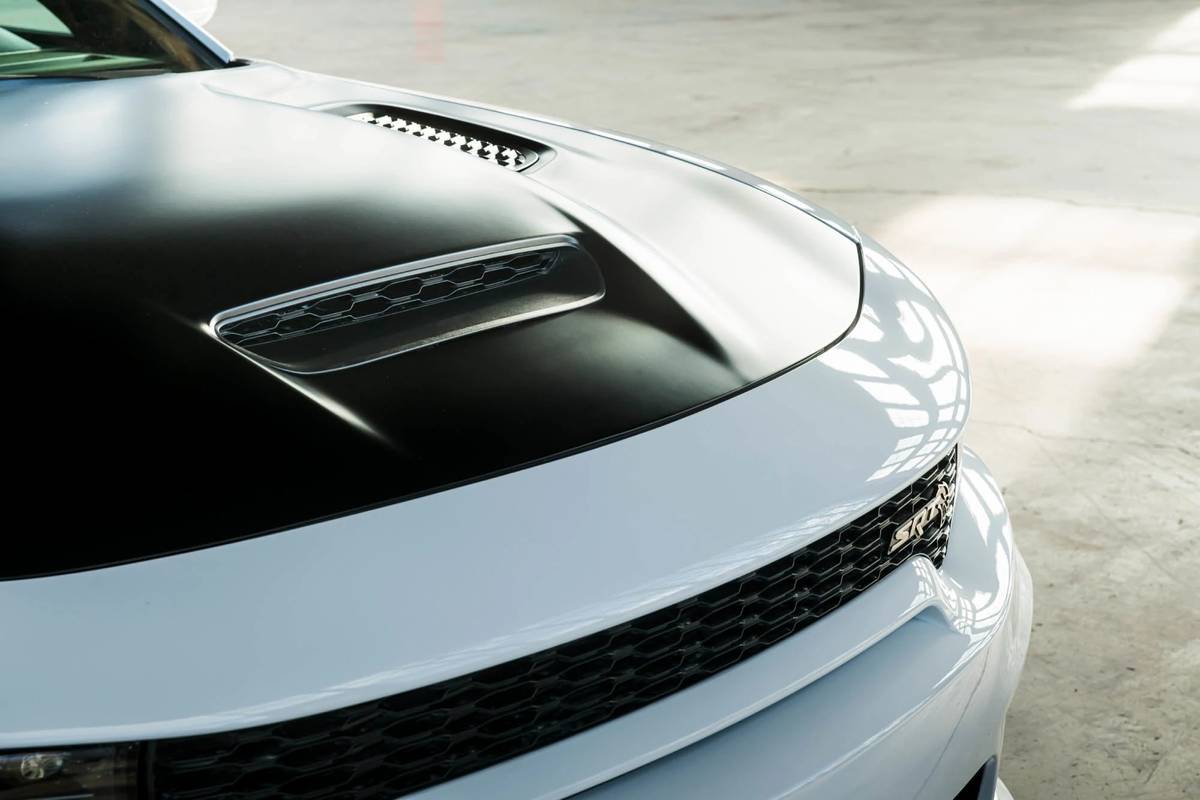 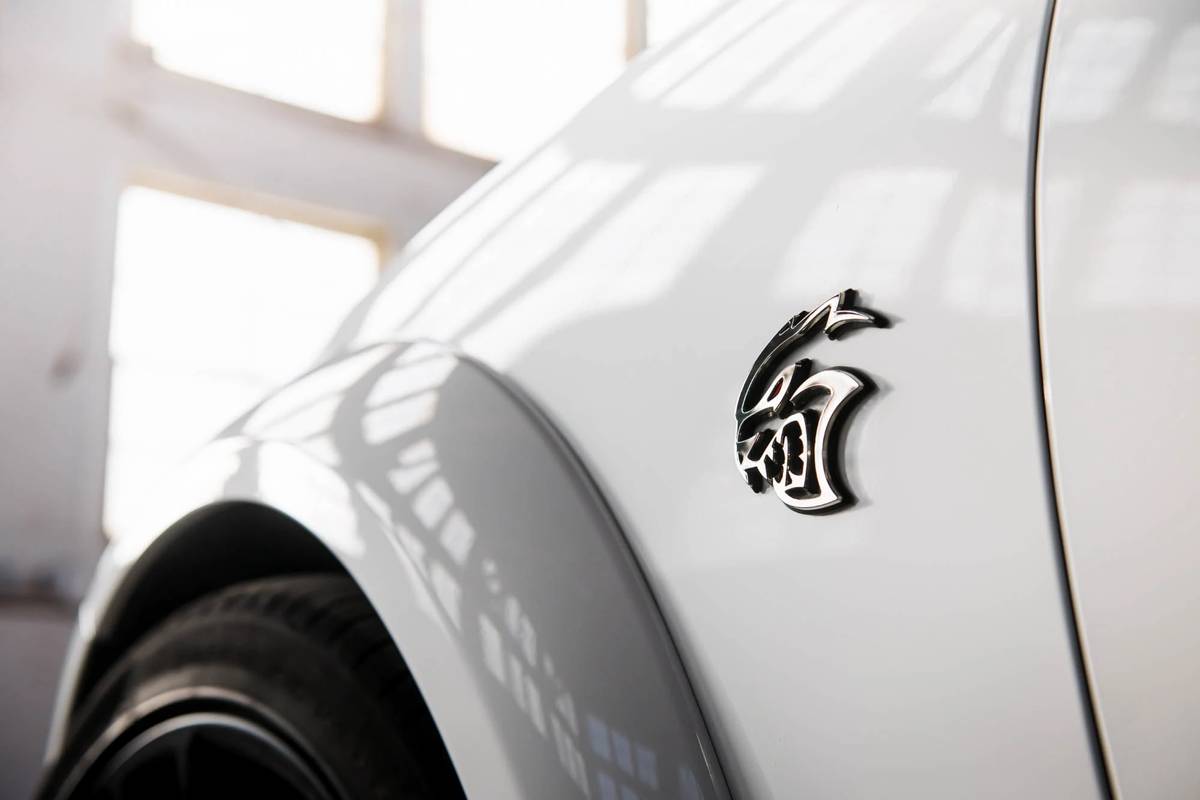 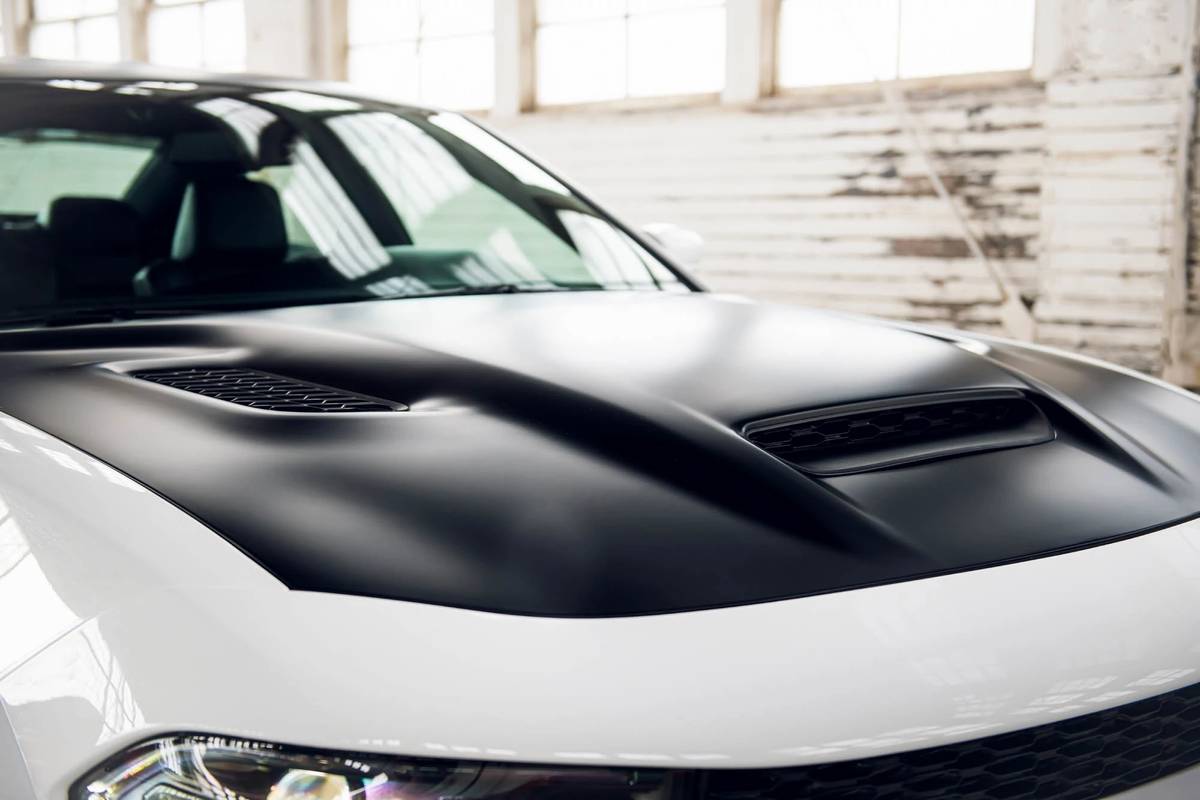 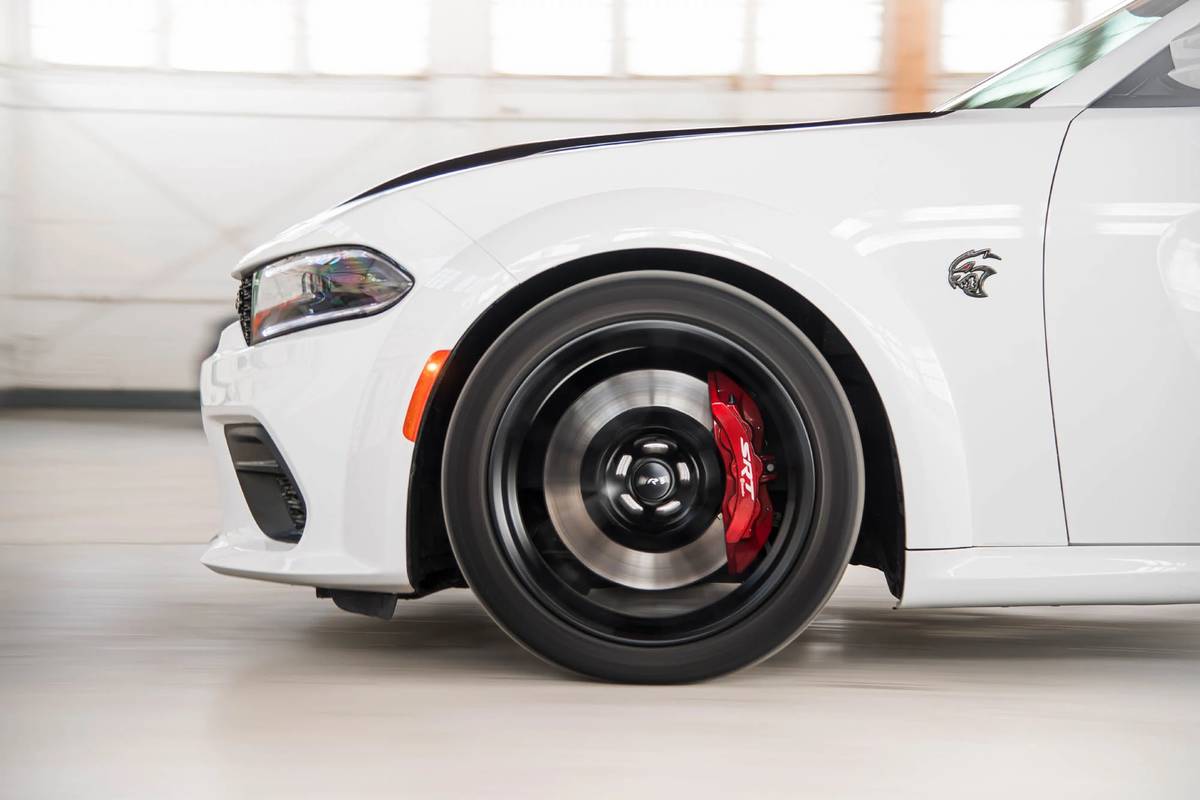 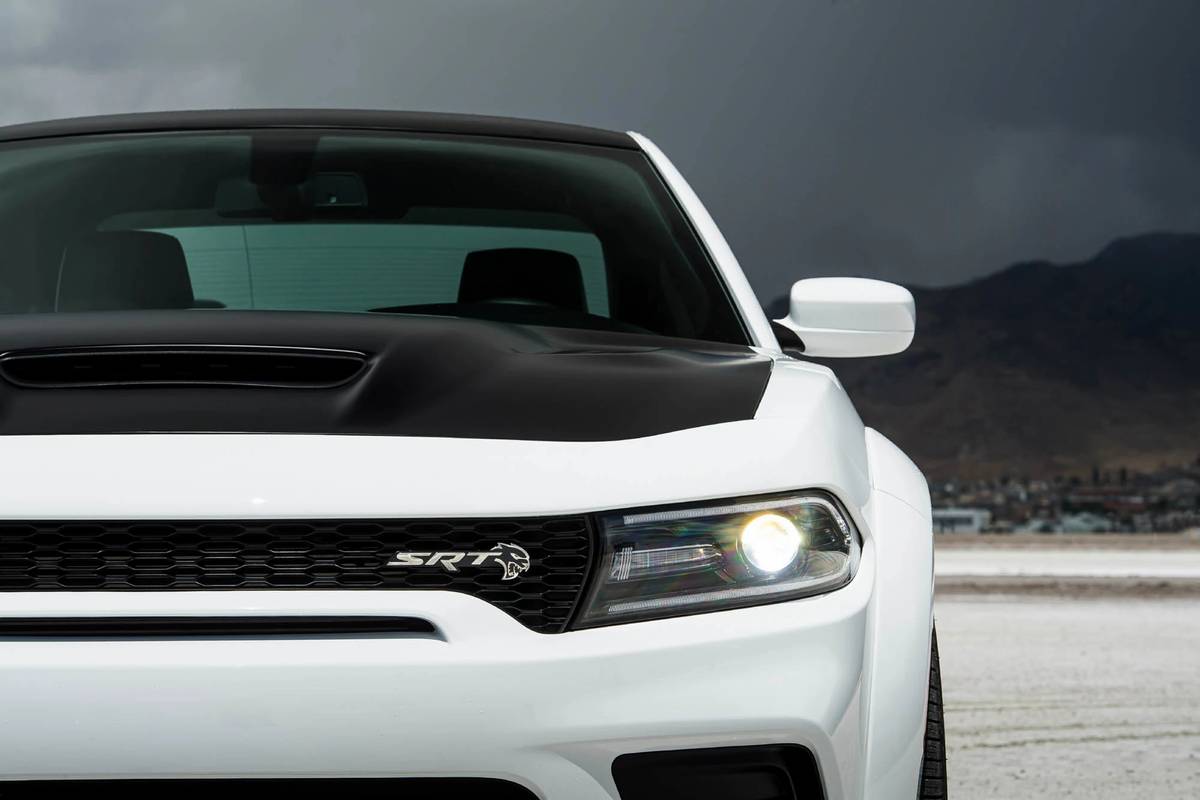 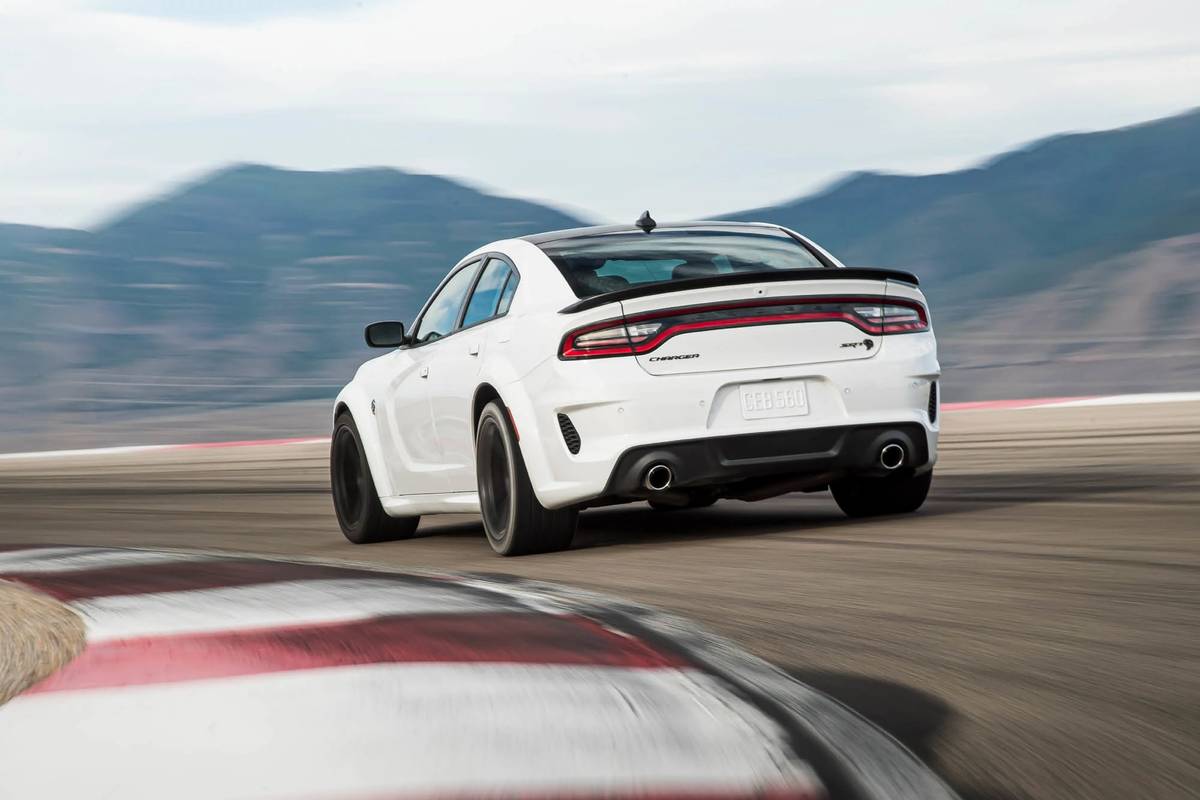 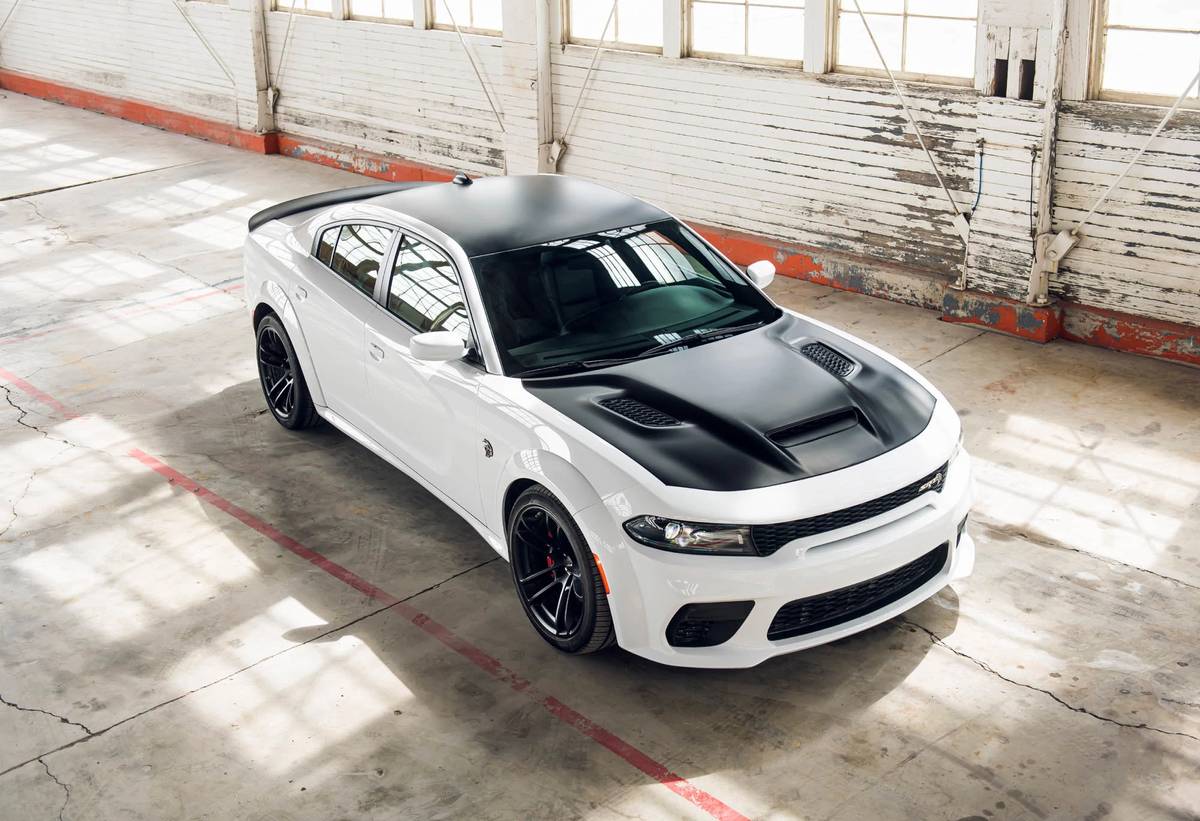 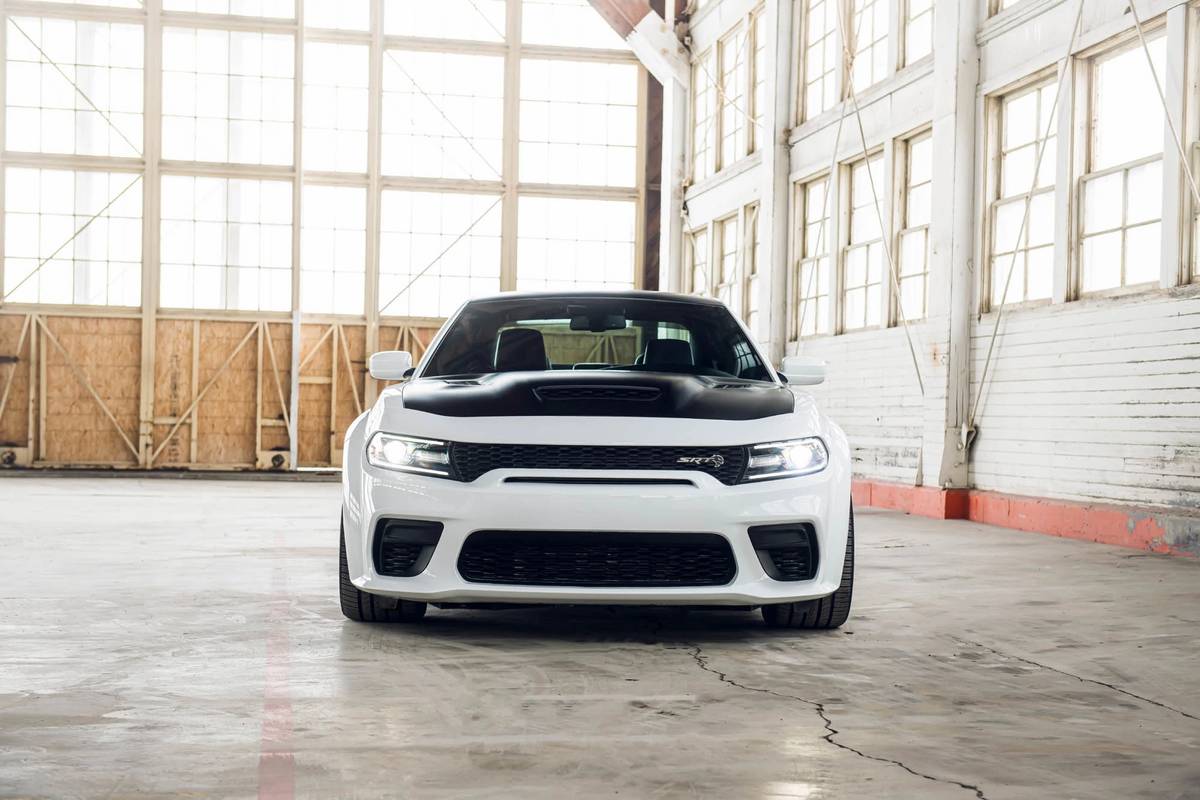 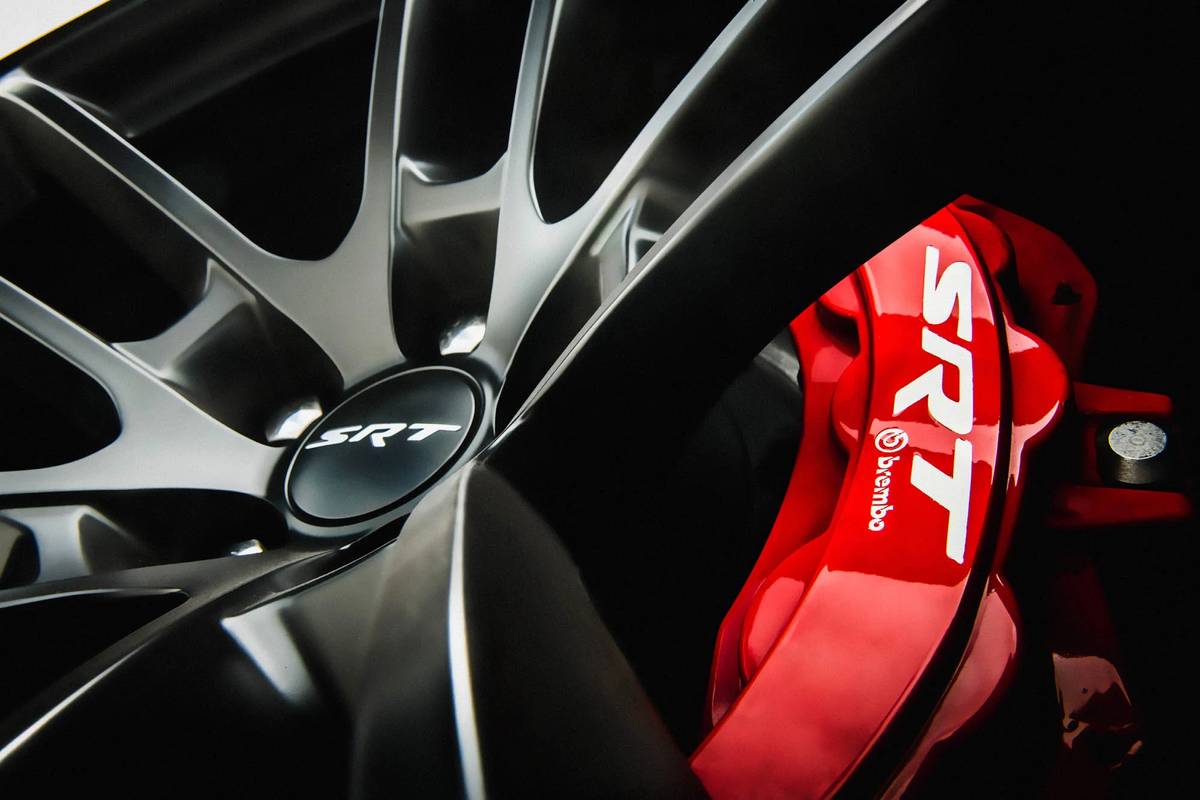 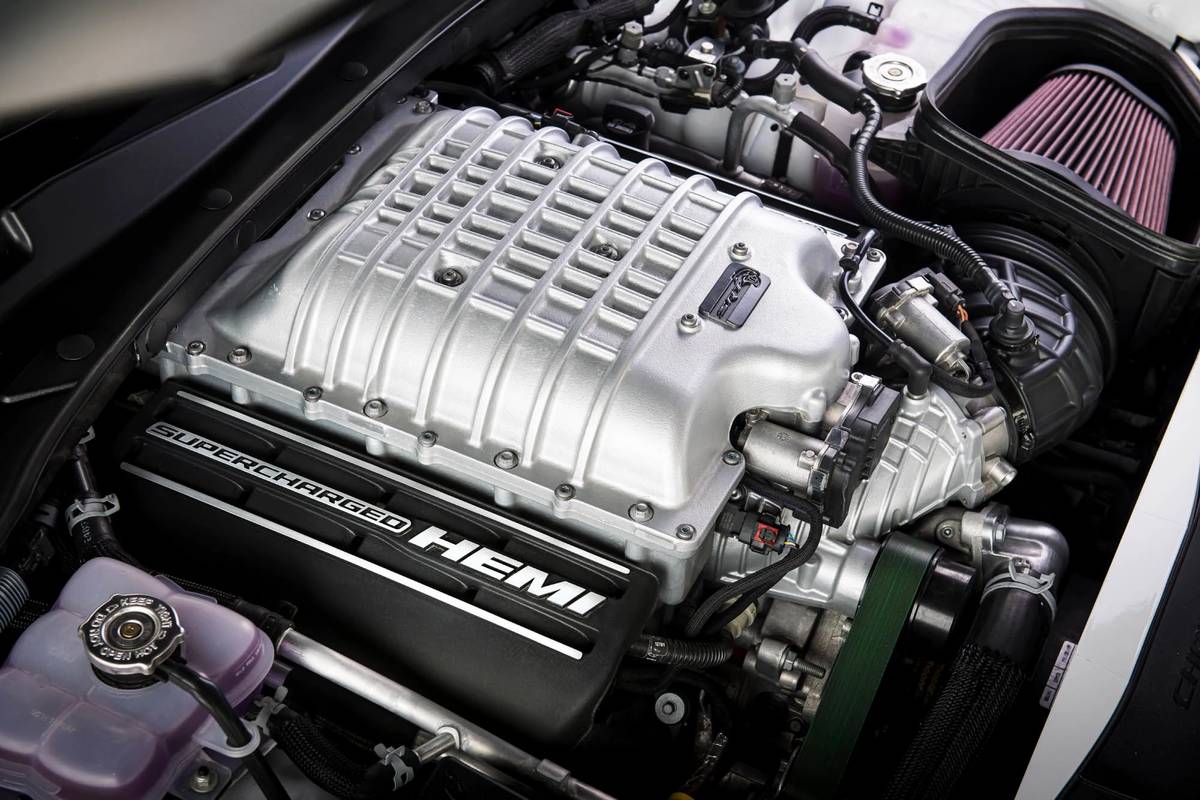 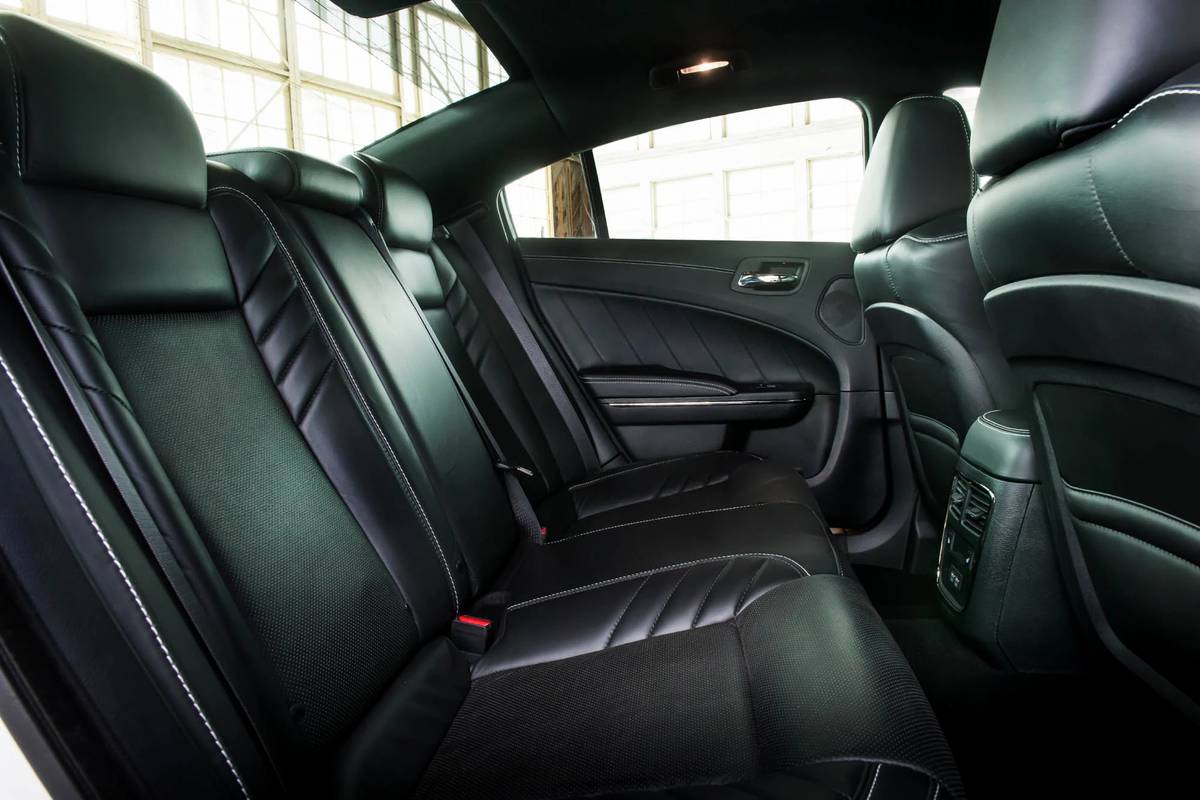 Related: 2021 Dodge Challenger Super Stock: It’s No Demon, But It’s No Slouch, Either

Dodge really does do it better than anyone else, and it’s content to keep on doing it as long as you keep on buying them, including the 2021 Dodge Charger SRT Hellcat Redeye joining the lineup later this year.

The quarter-mile will rush by in an extraordinary 10.6 seconds at 129 mph, according to Dodge, and the car tops out with a maximum velocity of an incredible 203 mph. Dodge says that when compared to a normal SRT Hellcat, the Redeye version is 1.2 seconds faster around a 2.1-mile road course, opening up a lead of seven car lengths after a single lap.

What Makes a Redeye Different?

What makes a Redeye different from a regular Hellcat engine? Well, it borrows parts and software from the now-discontinued Hellcat Demon engine that appeared for only the 2018 model year in a very special limited-edition Dodge Challenger. The supercharger gets a boost from 2.4 liters to 2.7 liters over the regular Hellcat, with increased boost pressure from 11.6 pounds per square inch up to 14.5 psi in the Redeye.

It has a higher redline too — 6,500 rpm versus 6,200  — and an extra dual-stage fuel pump to handle the increased fuel demand. There’s a larger air induction box with three sources of air: the hood, the grille and an opening near the wheel liner. It features the Torque Reserve function that boosts an additional 3.9 psi of pressure at launch and delivers 55% more engine torque, as well as the SRT Power Chiller and After-Run Chiller systems that use the car’s air-conditioning refrigerant to keep the supercharger, intake air and engine cooler between full-throttle drag-strip runs.

Finally, it comes with high-strength steel prop shafts that can better survive the high torque delivery of the Redeye engine. Some 25% of the engine components are different between the Hellcat and Redeye motors, according to Dodge.

Like the other Charger Hellcats, it features a standard Widebody styling kit, integrating some wide fender flares that make the body 3.5 inches wider to allow coverage for the massive 20-by-11-inch wheels and Pirelli 305/35ZR-20 tires. A new functional scoop-equipped hood arrives for both Hellcat models, adding to the more sinister appearance.

Inside, there are a few changes that distinguish the Redeye from “lesser” Charger Hellcat models, such as a 220-mph speedometer, an SRT Hellcat Redeye logo splash screen that fires up on startup, Light Black Chrome instrument panel badge with a unique Redeye logo and a matching logo on the keyfobs. Aside from that, the interior carries over unchanged from the rest of the SRT lineup.

All of the SRT Hellcat cars carry over with the same equipment that makes them so perfect for drag-racing supremacy — an SRT-tuned Bilstein three-mode adaptive damping suspension, two-piece 15.7-inch Brembo front brakes with six-piston calipers, electric power steering, the Launch Assist system that helps control wheel hop, Launch Control function that optimizes engine torque output for maximum acceleration and traction, a Line Lock to help with tire cleaning and heating burnouts, and a bigger air induction box with cold-air intake.

The SRT Drive Modes are also included, allowing a driver to adjust all of the various systems using the standard 8.4-inch Uconnect touchscreen, or to get a readout of everything from engine power to cooling status via a central gauge panel.

We don’t yet know pricing for the new 2021 Dodge Charger SRT Hellcat Redeye, but that will likely come soon, as the car is scheduled to go on sale sometime this summer with deliveries happening before the year is out.