Volkswagen’s plan to electrify its lineup took a significant step forward with the debut of the 2021 ID.4, an all-electric SUV going on sale later this year. While European markets received the ID.3, an all-electric hatchback, VW seemed to think an SUV might be a better choice in the U.S. — where even an iconic muscle car like the Ford Mustang’s name is attached to an electric SUV.

Despite its electric powertrain and the wild flourishes of other electric concept vehicles from VW, the ID.4 has a rather conventional exterior appearance. The front styling is our first look at the latest evolution of VW’s design language, and save for the lack of a traditional grille, it’s hard to tell that the ID.4 is even electric.

The interior is a bit quirkier, with the futuristic ID.Light system providing visual and audio notifications for everything from incoming calls to emergency-braking prompts. ID.4 1st Edition models will also have “play” and “pause” icons on the accelerator and brake pedals for an added bit of fun.

The ID.4 1st Edition goes on sale later in 2020, with additional models arriving in 2021. Check out the video below for more details, including its estimated EPA range and price. 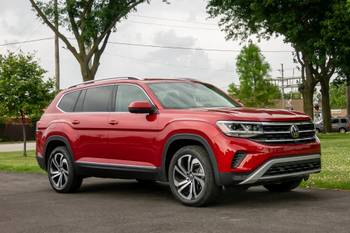 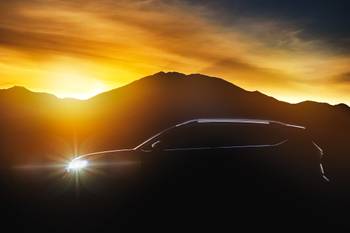