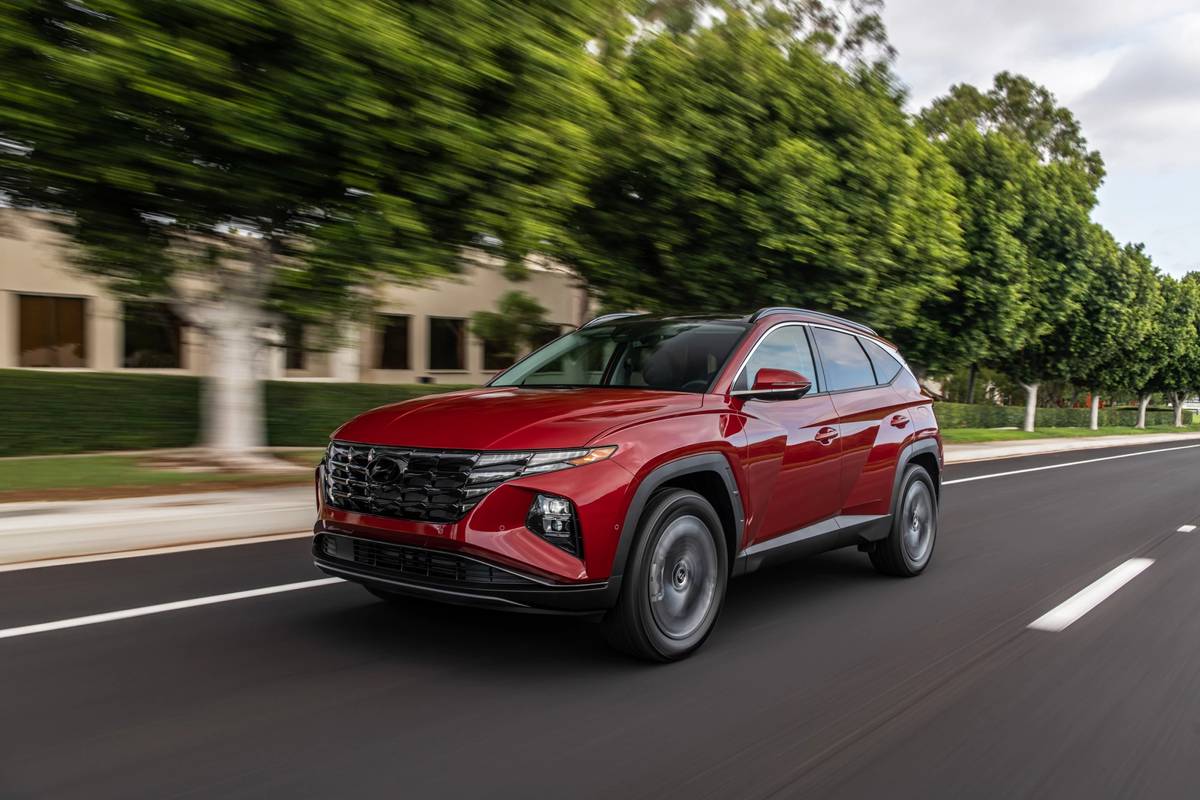 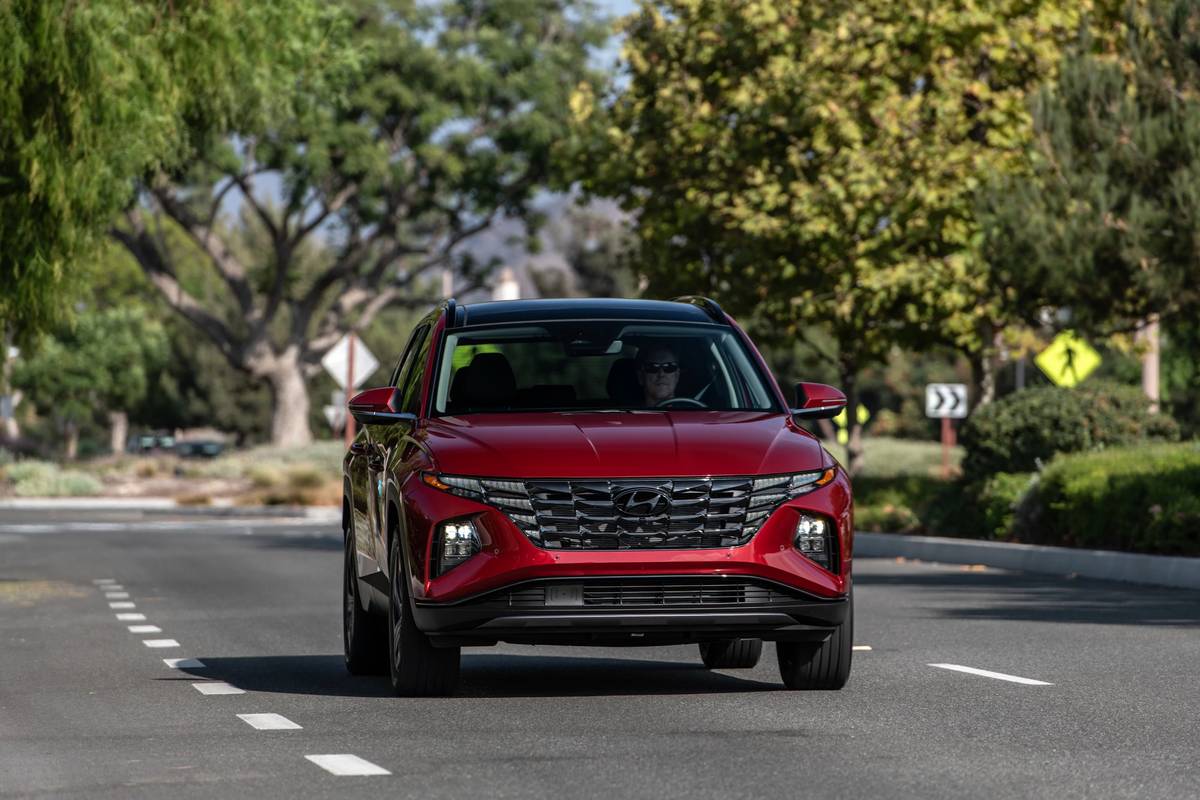 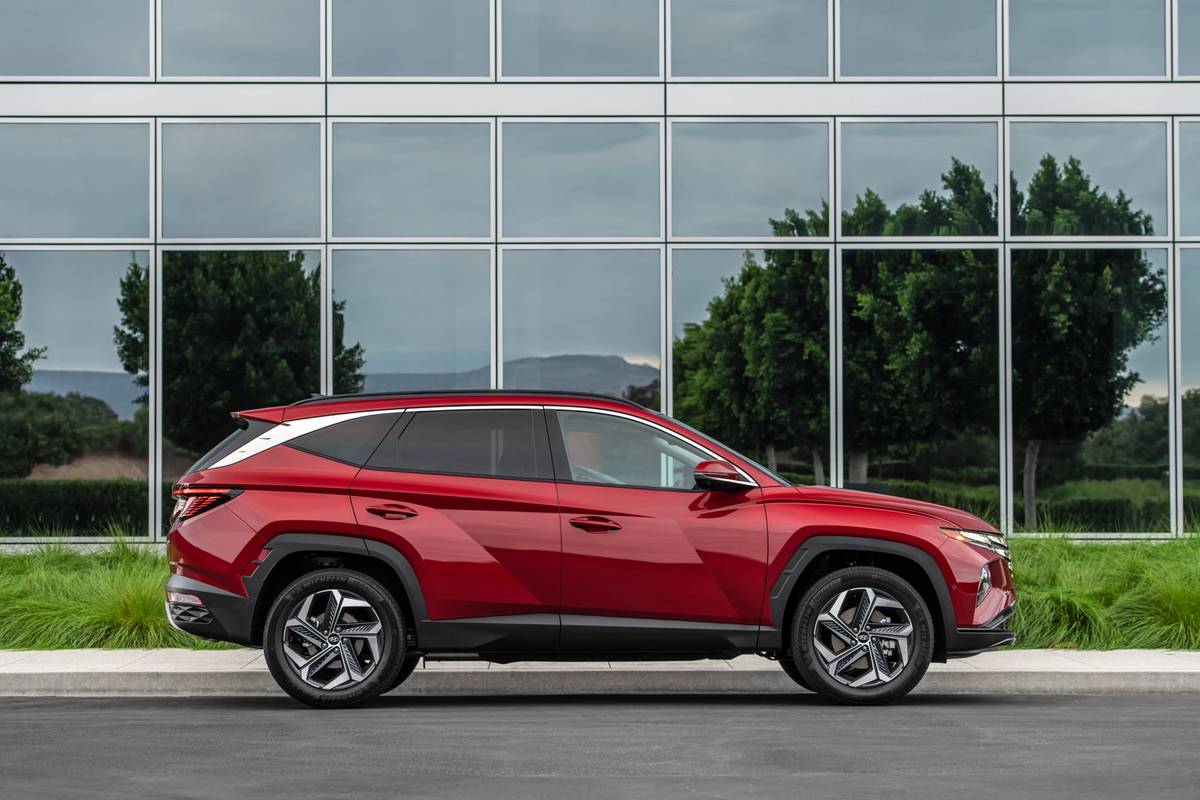 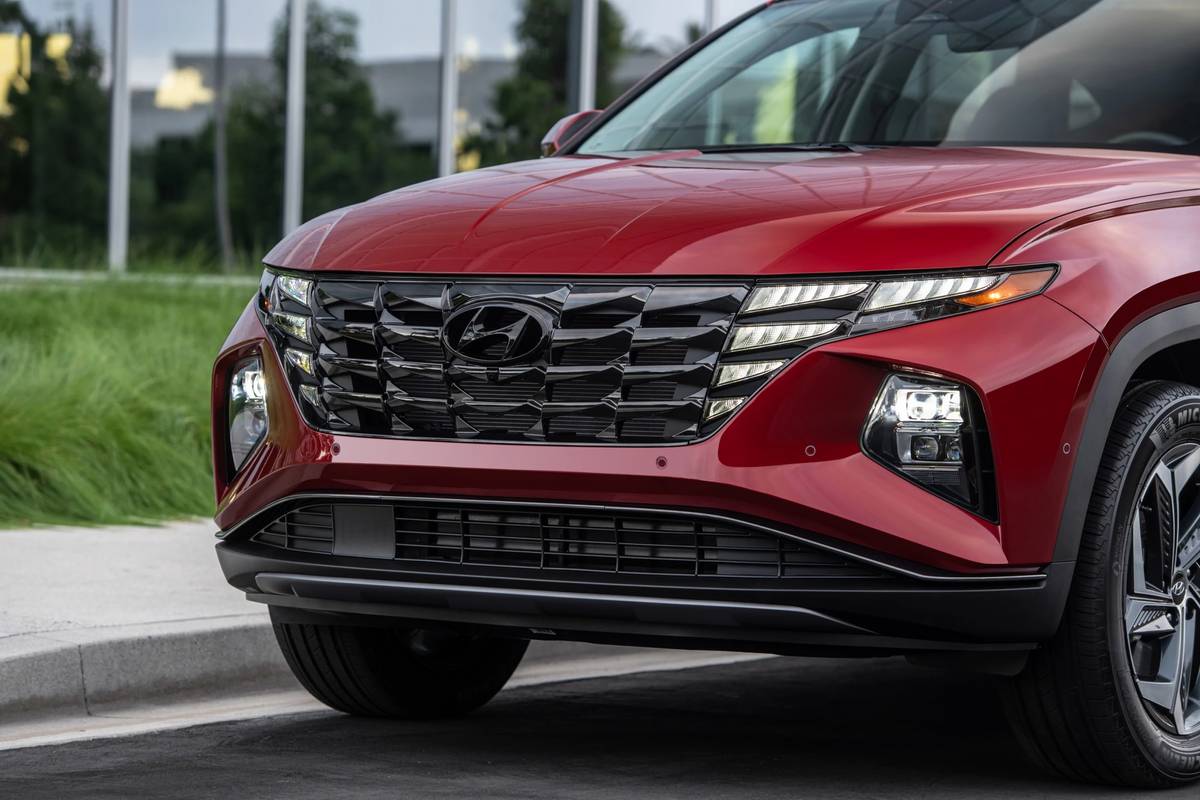 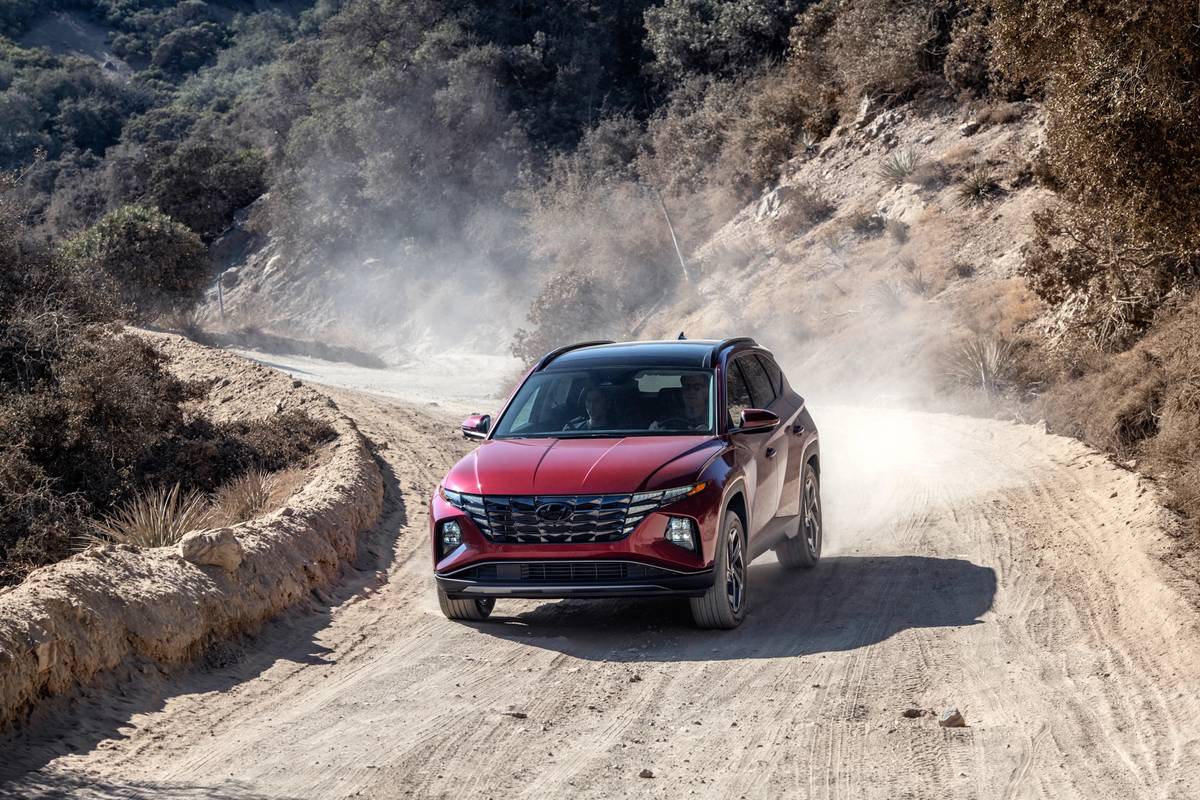 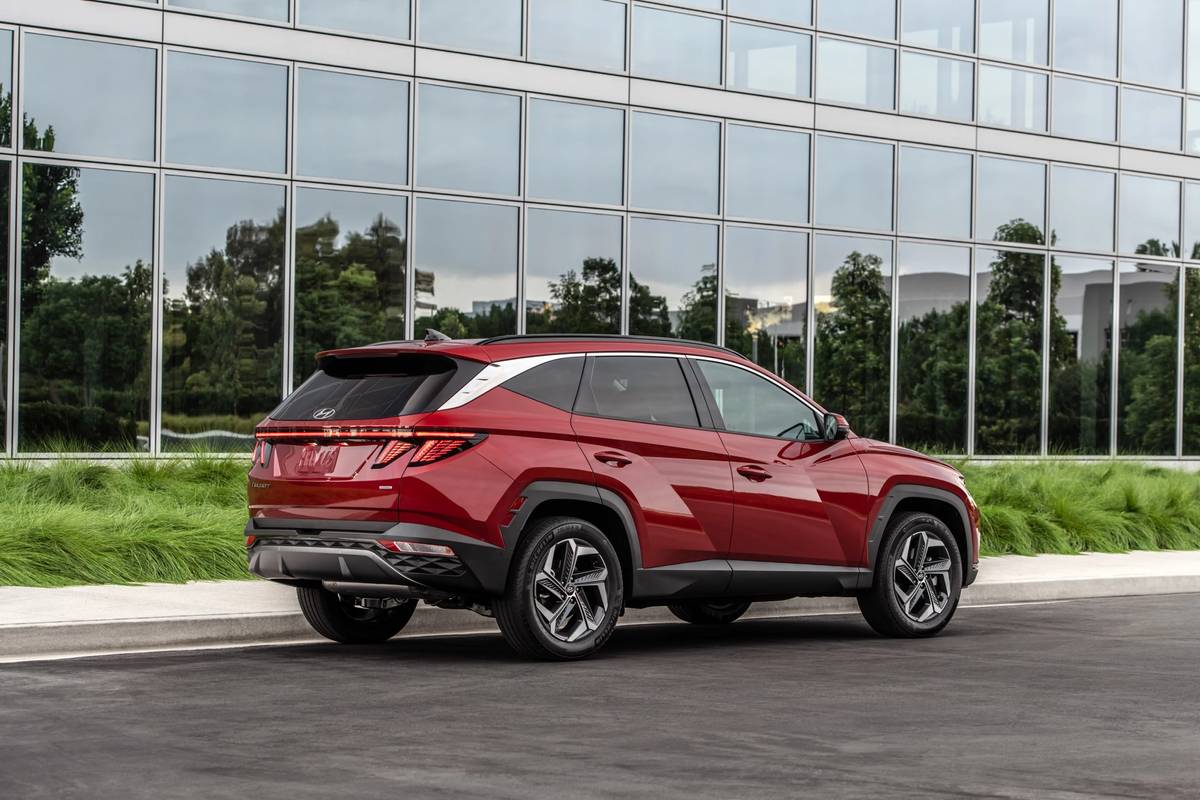 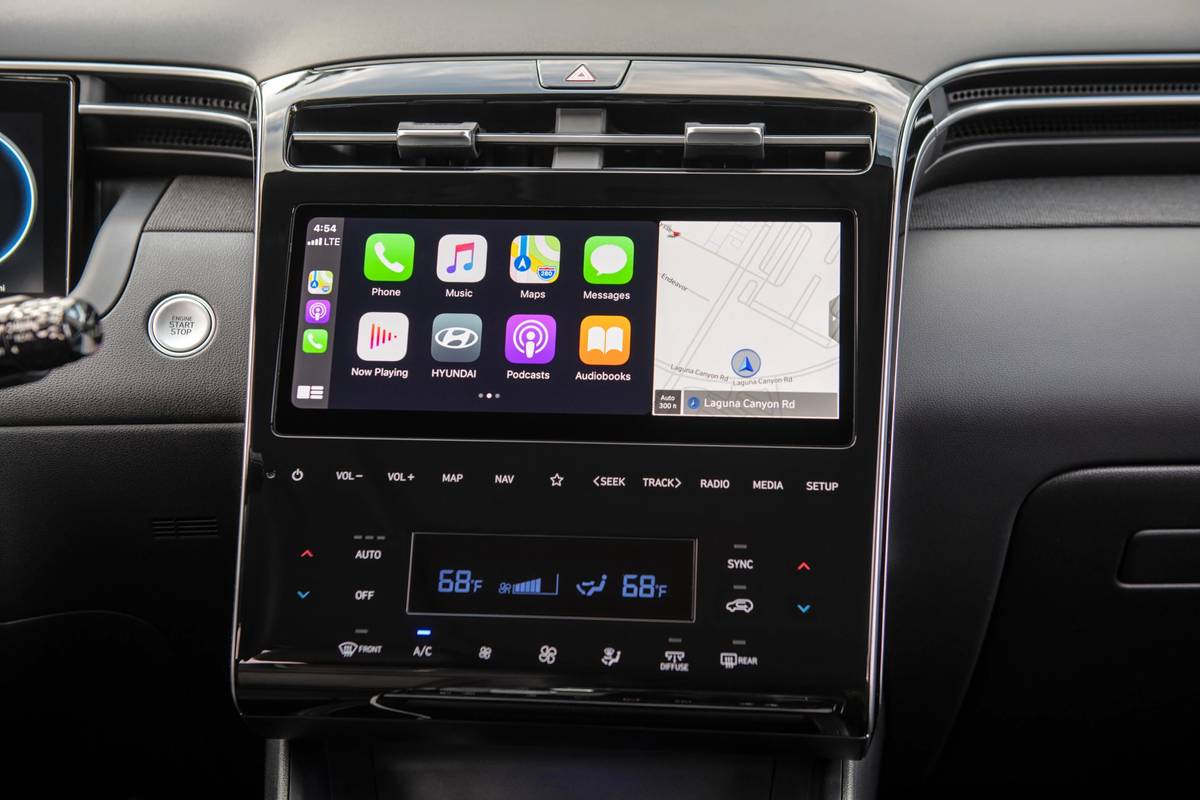 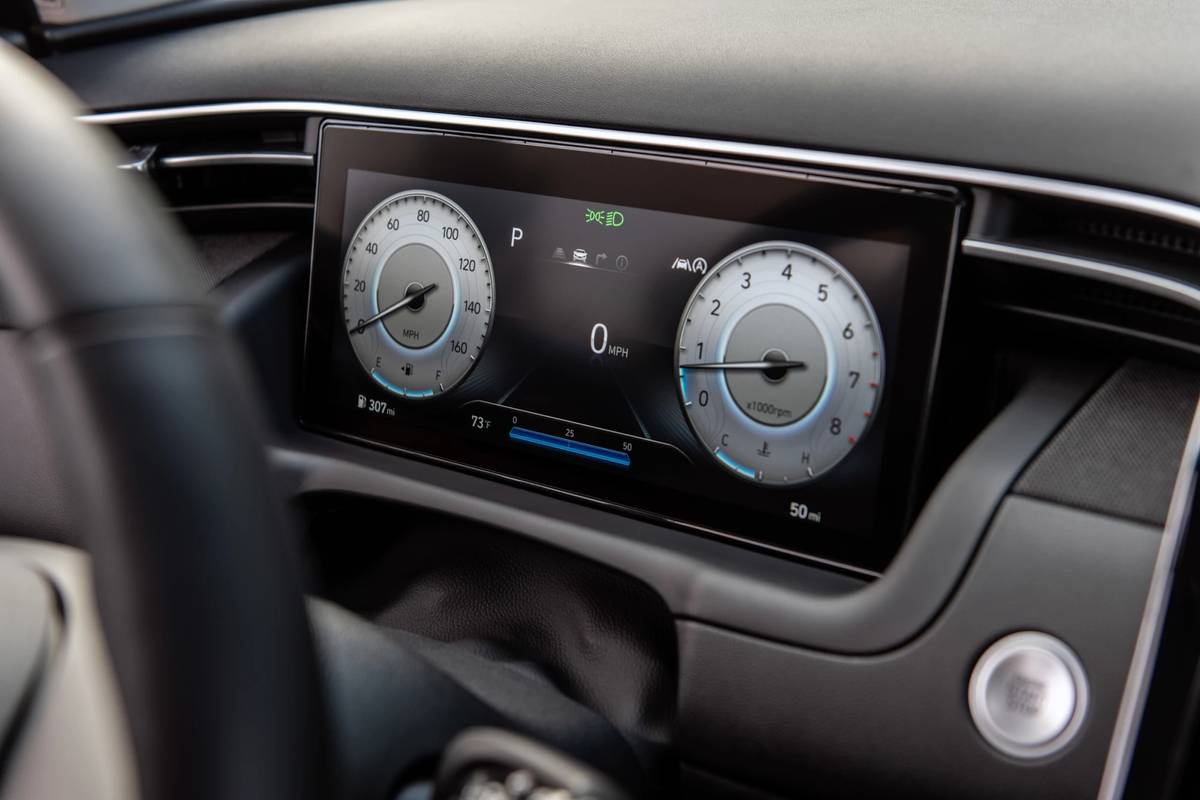 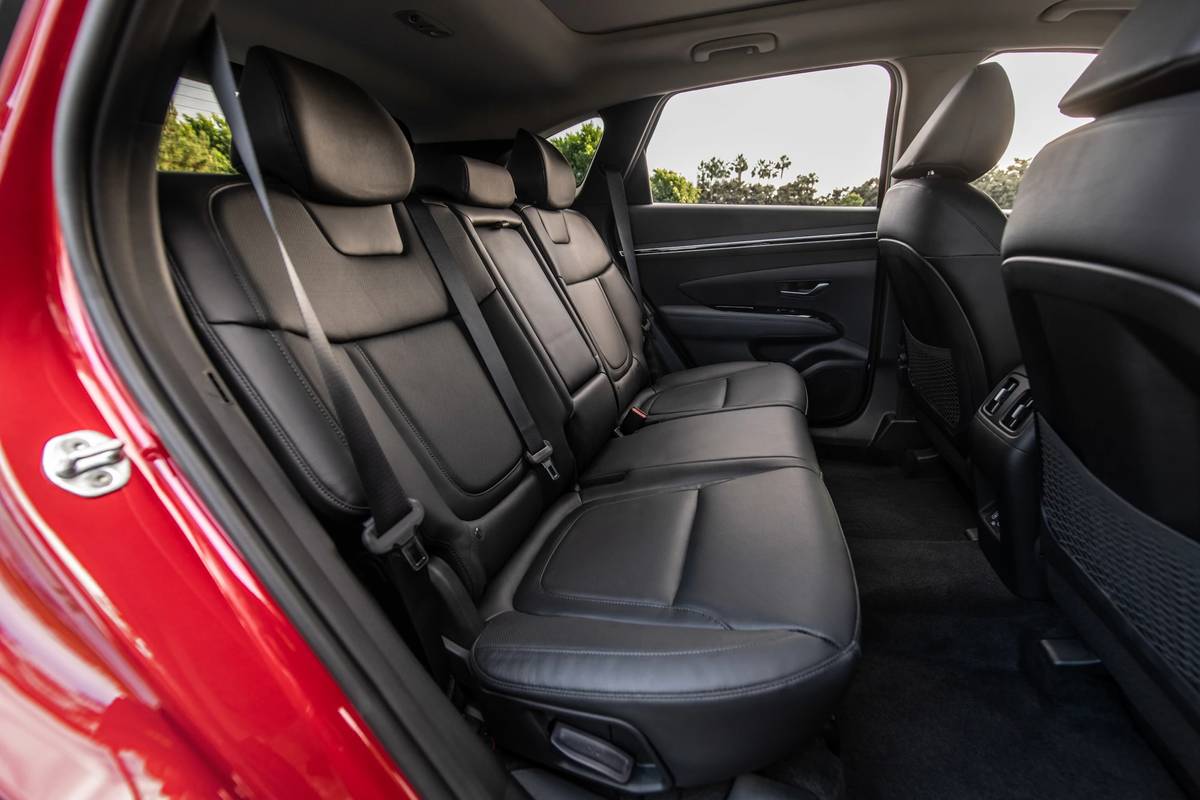 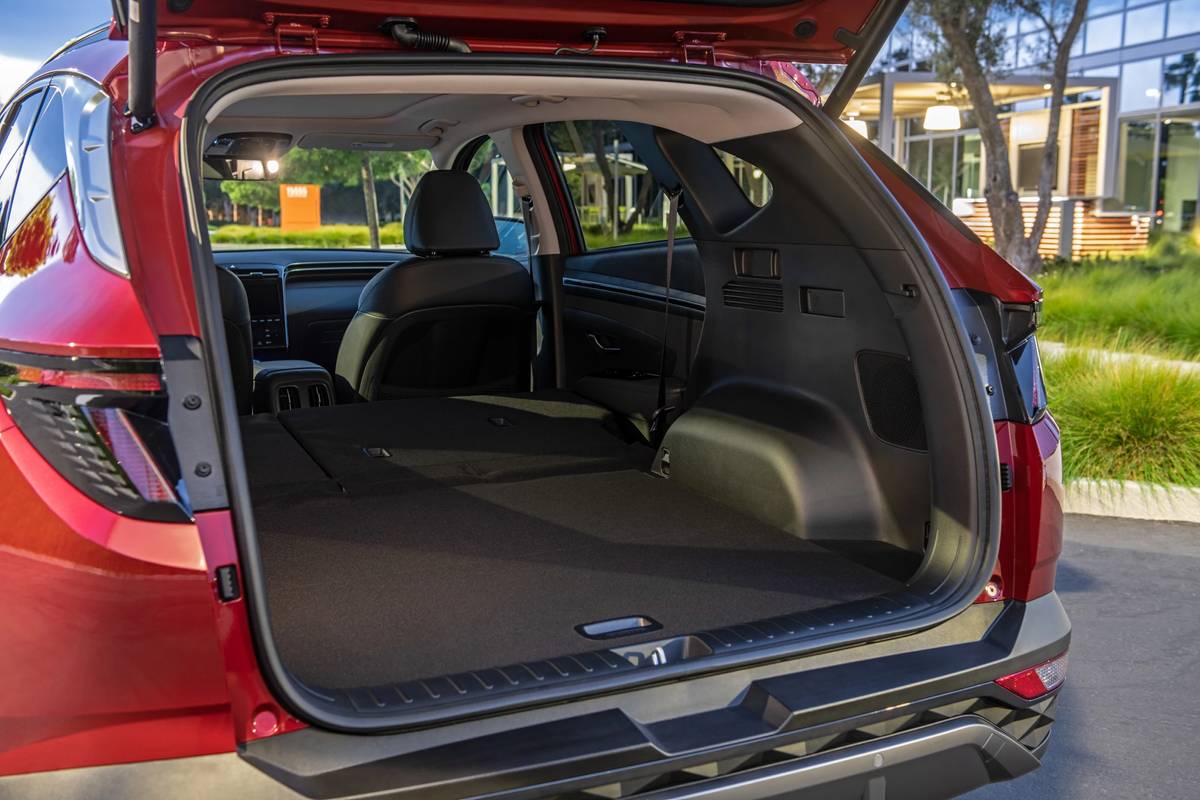 Looks like: Sharper angles and crisper lines make for a more taut-looking Tucson

Hits dealerships: Spring 2021 for gas-only and hybrid models; plug-in models will follow in the summer

Hyundai unveiled the global version of the 2022 Tucson in September, but it was unclear how much of that model would make it to U.S. showrooms. Today, we found out — Hyundai is looking to broaden the appeal of its compact SUV, and the redesigned-for-2022 Tucson will offer shoppers a lot. The new Tucson is significantly bigger than the outgoing one and will be available with gas-only, hybrid and plug-in hybrid powertrains.

The 2022 Tucson wears a sharper look overall, with a more angular face and a creased body. Hallmarks of the new look include half-mirror-type daytime running lamps that are hidden in the grille and revealed when illuminated, along with a full-width taillamp that houses partially hidden triangular shapes that are also only visible when lit.

In back, Hyundai moved the car’s rear badge up into the glass and hid the rear wiper under the roof spoiler.

The new Tucson rides on the long-wheelbase version of the SUV’s global platform, which translates to a much bigger Tucson: It’s 6.1 inches longer and around a half-inch wider and taller for 2022.

Thanks to the longer wheelbase, the 2022 Tucson also has more passenger and cargo room than the outgoing model. Hyundai says passenger space is up by 6.0 cubic feet to 108.2, while cargo volume grows 7.7 cubic feet to end up at 38.7 cubic feet. This puts the new Tucson ahead of some competitors for cargo space, though we’ll have to measure an example to see if the on-paper specs bear out.

The new cabin’s design is more minimalistic than the outgoing model’s, and it focuses on screens. There’s a large new central touchscreen and a hoodless digital gauge cluster. The new Tucson will offer a standard 8-inch color touchscreen with wireless Apple CarPlay and Android Auto connectivity that allows for two phones to be connected simultaneously, while the top trim will use dual vertically stacked 10.25-inch touchscreens (the previous Tucson had a standard 7-inch touchscreen).

Other highlights include an air filtration system that Hyundai says reduces potentially unpleasant airflow, a gear selector makeover — it’s now a push-button unit — and a new ambient lighting system with 64 colors in 10 levels of brightness. Hyundai’s photos of the dashboard show a lot of touch-sensitive climate and stereo controls, however, which could vex some consumers.

The new Tucson offers powertrain choices aplenty. Standard is a 2.5-liter direct-injected four-cylinder engine good for 187 horsepower. It pairs with an eight-speed automatic transmission, and Hyundai expects the pair to achieve a combined fuel economy rating of 28 mpg with front-wheel drive.

The Tucson Hybrid will use a 1.6-liter, turbocharged four-cylinder paired with a 44.2-kilowatt electric motor and a 1.49-kilowatt-hour battery pack for a combined total system output of 226 hp. It works with a specifically tuned six-speed automatic transmission. Hyundai said the hybrid model should be 30% more fuel-efficient than the gas-only model and offer more than 500 miles of driving range before the need to refuel.

The plug-in hybrid version of the Tucson uses a high-output version of the turbo 1.6-liter and six-speed transmission combination, and it adds a larger battery pack good for 13.8 kwh of power. (Total system horsepower was not immediately clear.) Hyundai says the PHEV should have an all-electric driving range of 28 miles and a fuel economy rating of 70 mpg-equivalent. The automaker also says it should be able to recharge in less than two hours at a Level 2 station using its 7.2-kW onboard charger.

AWD will be available on gas versions and standard on hybrid and PHEV models.

There’s no word yet on pricing, but Hyundai expects the gas-only and hybrid versions of the Tucson to go on sale in the spring of 2021, with the plug-in model following in the summer.