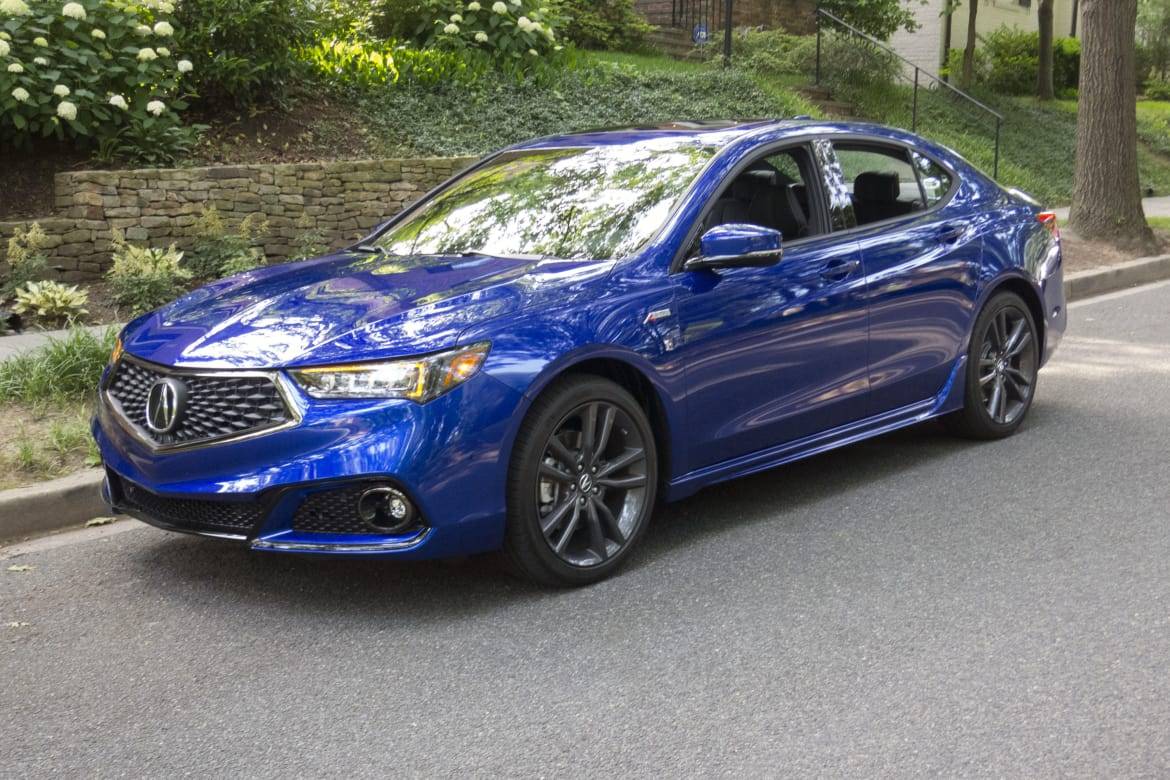 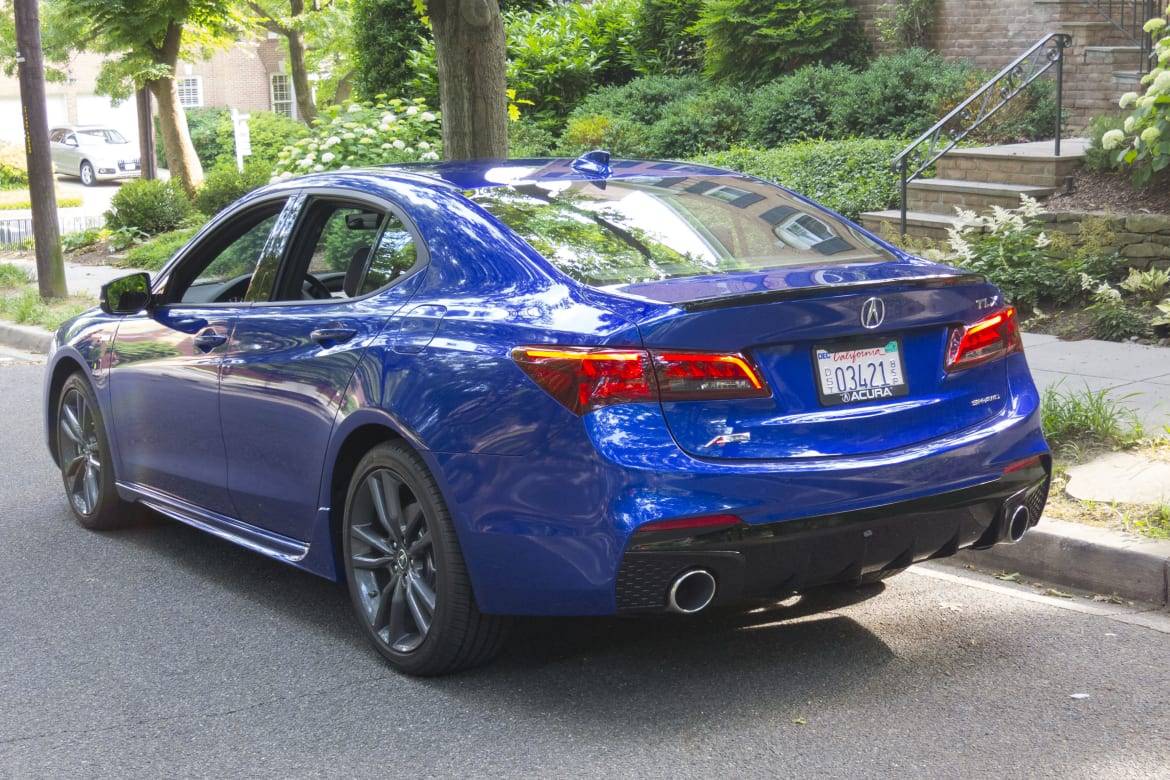 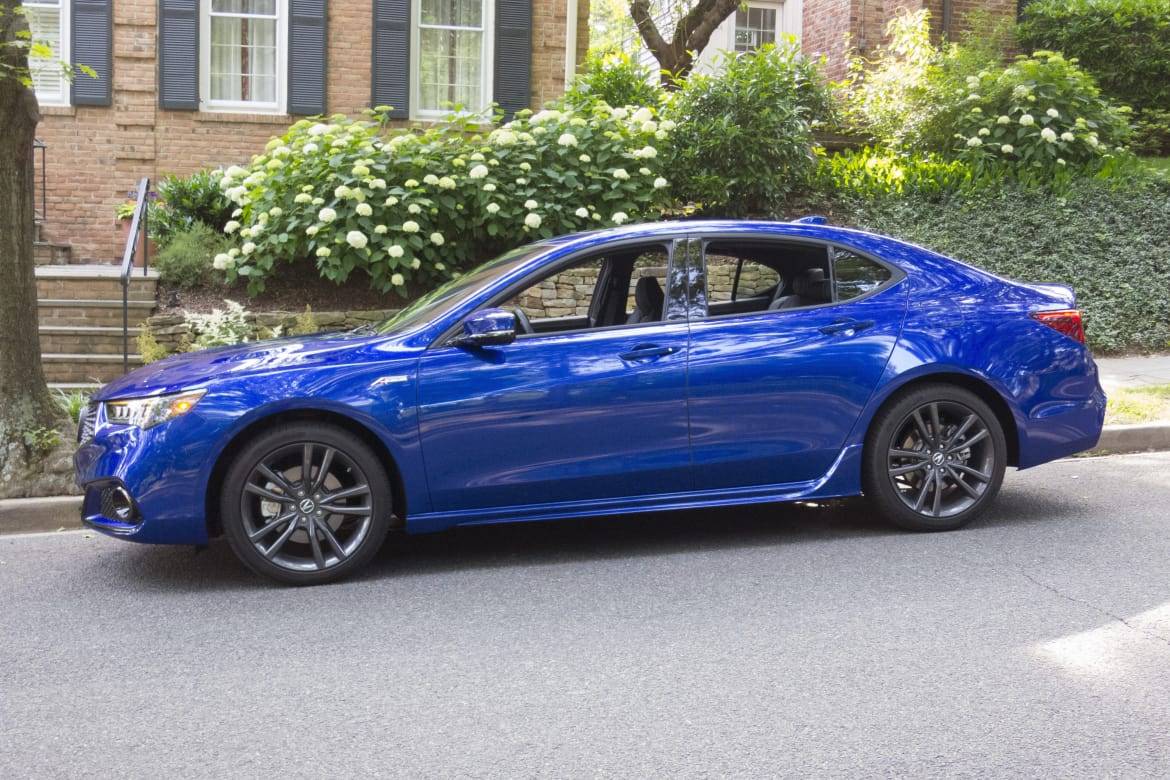 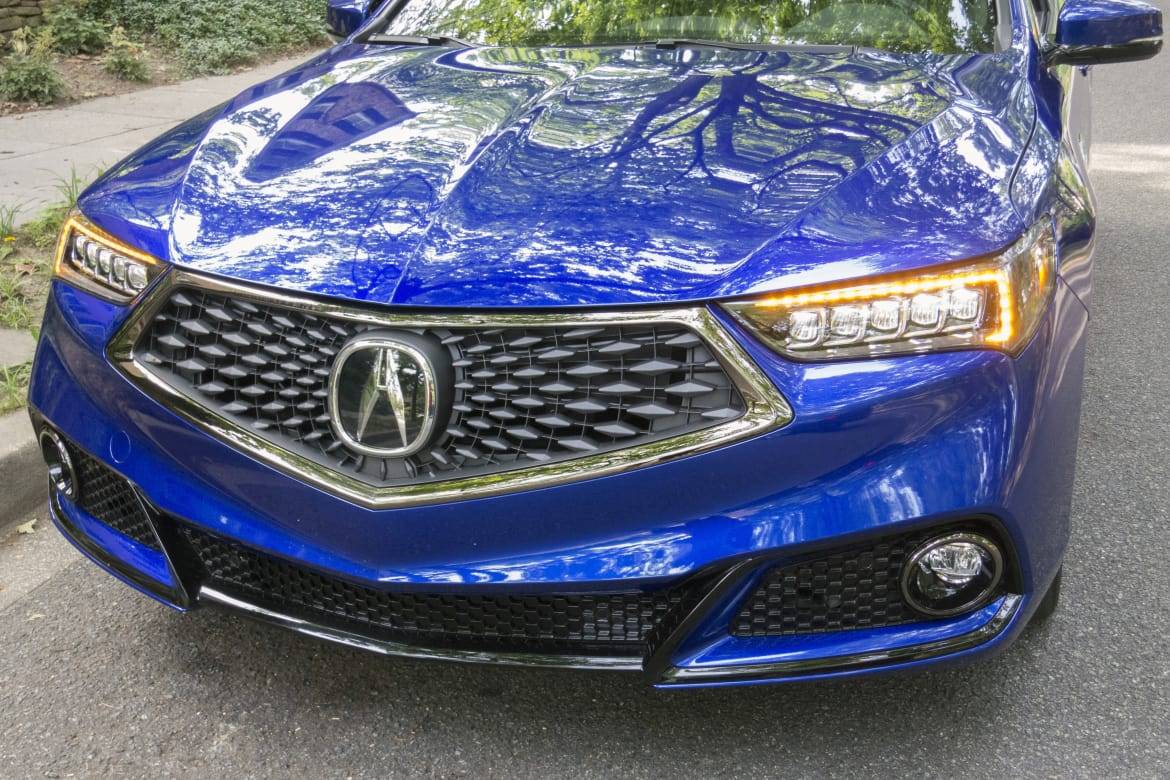 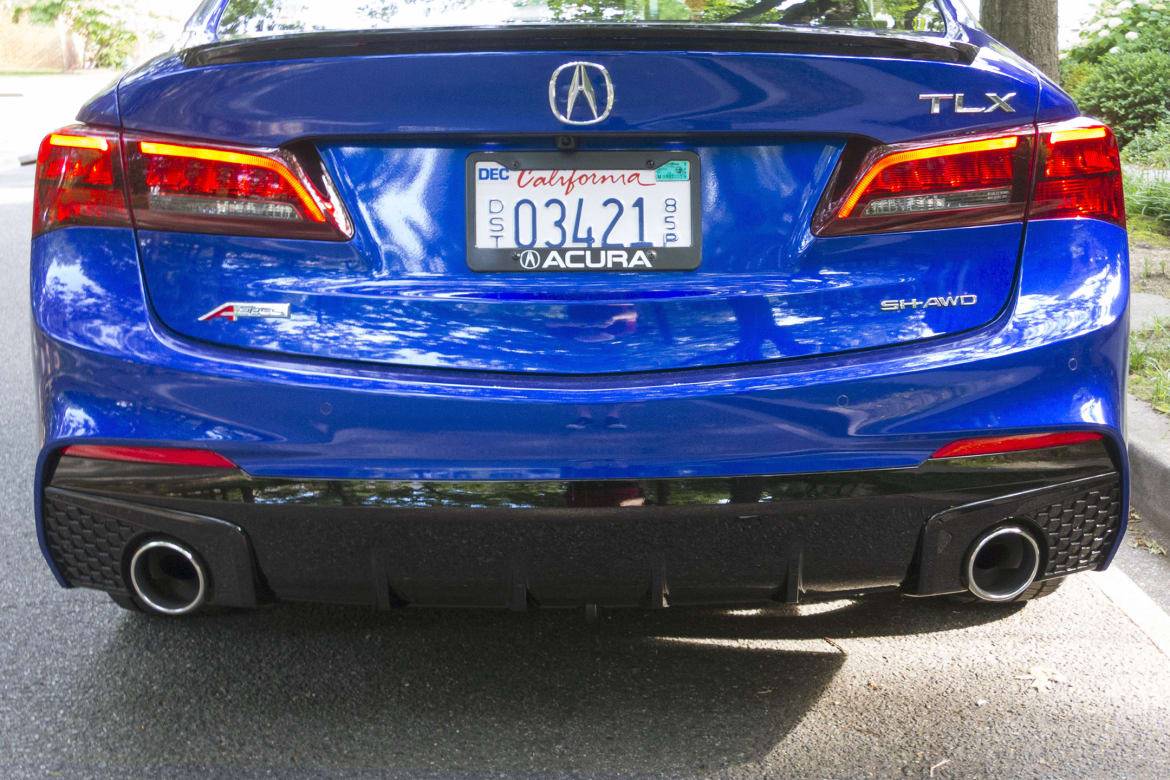 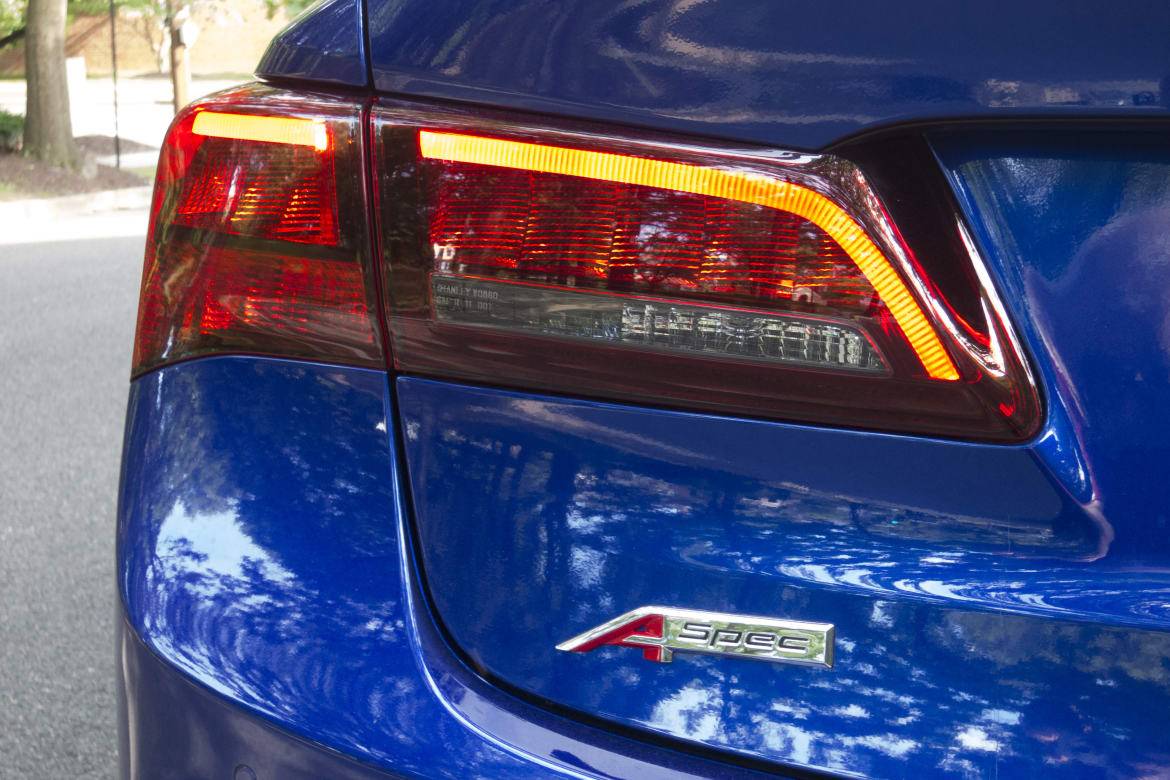 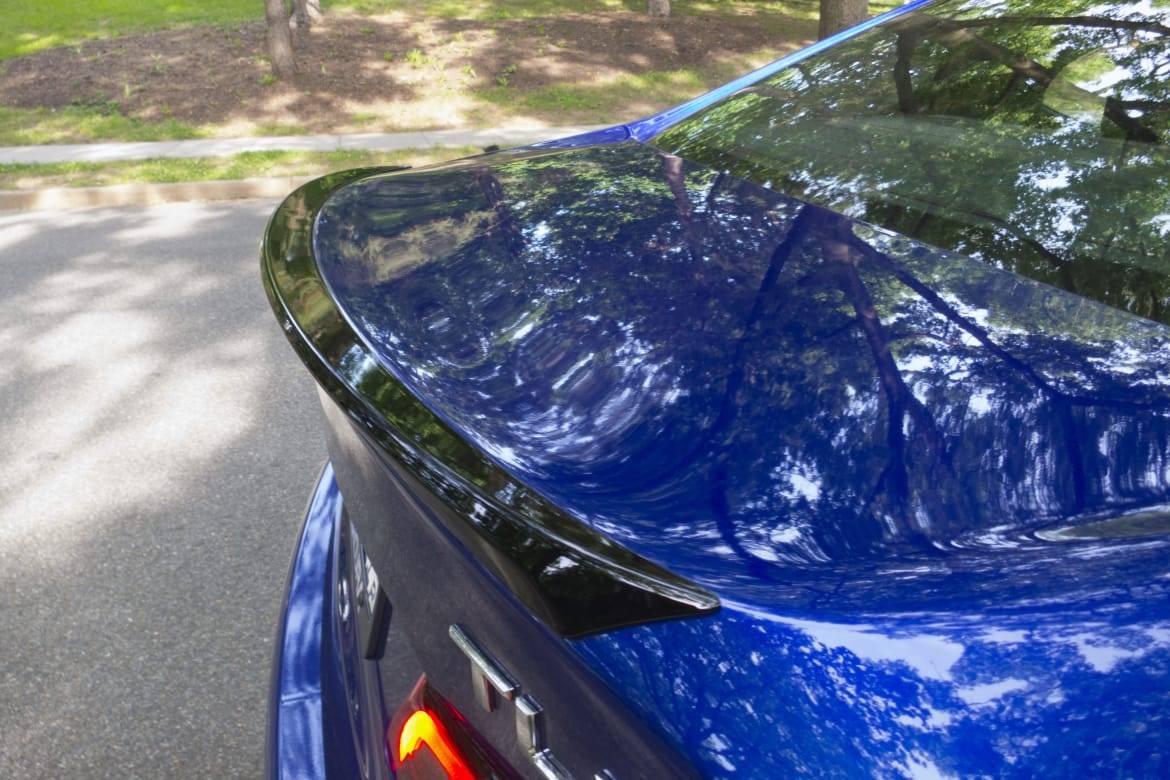 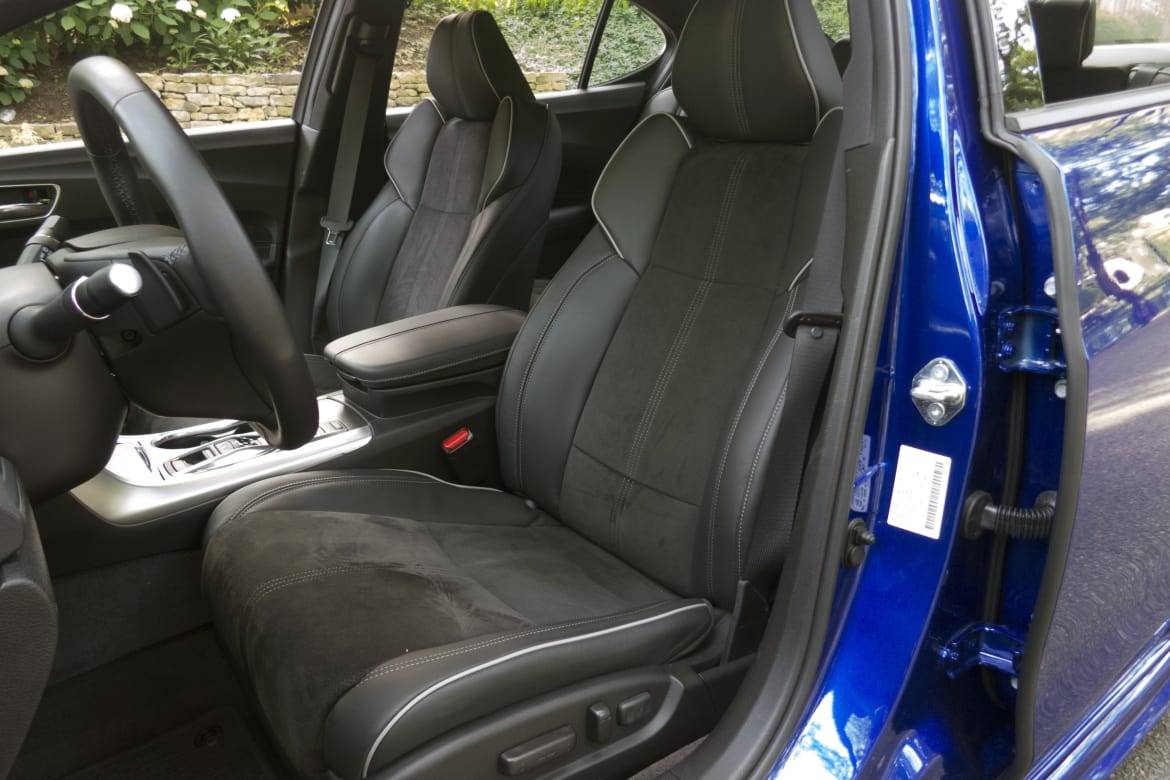 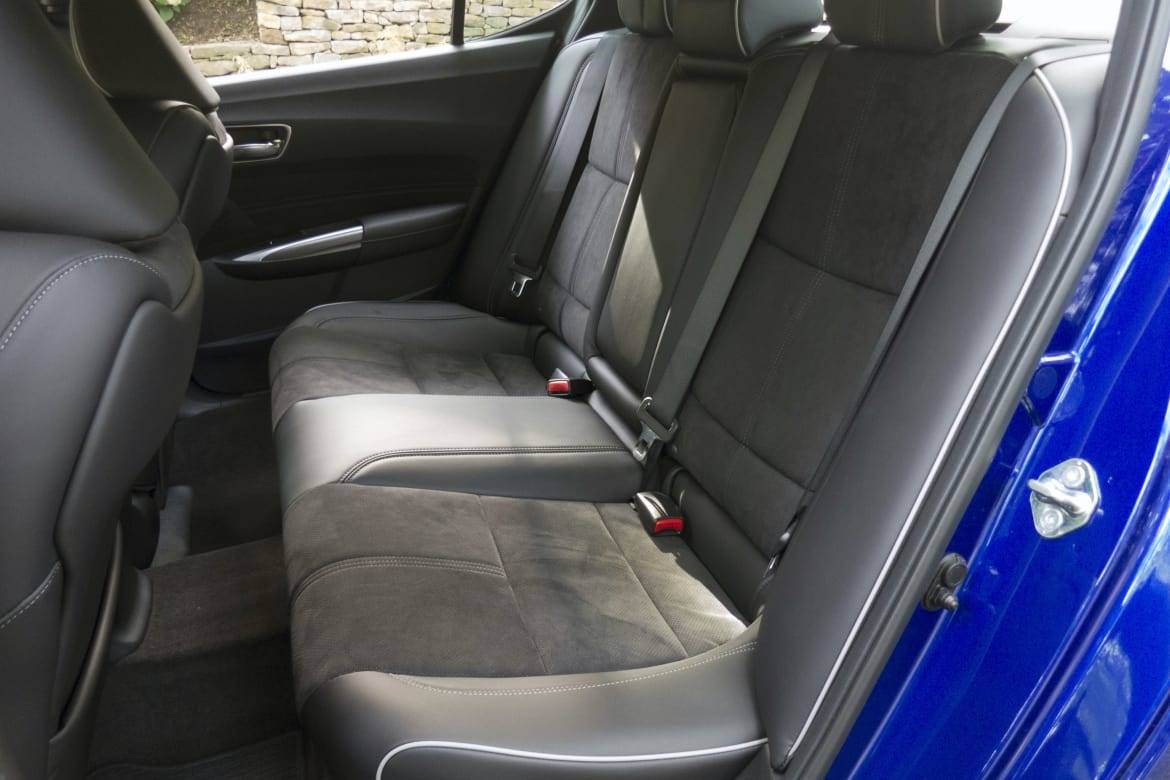 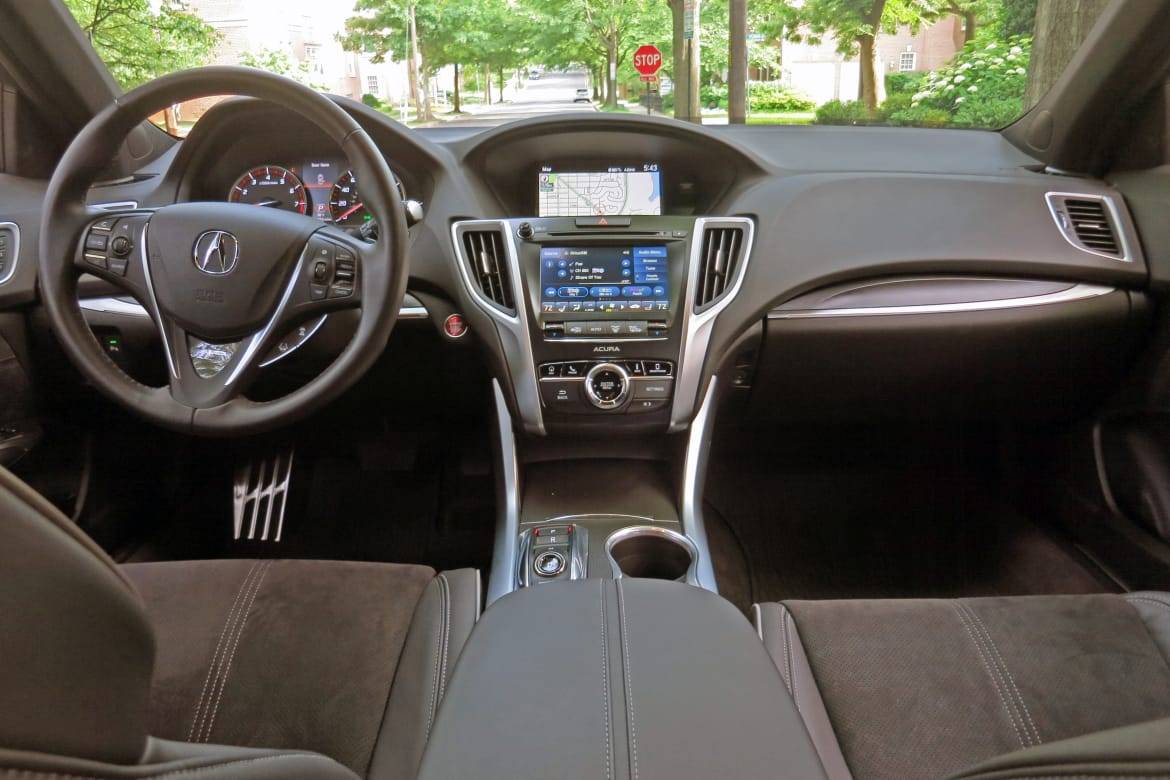 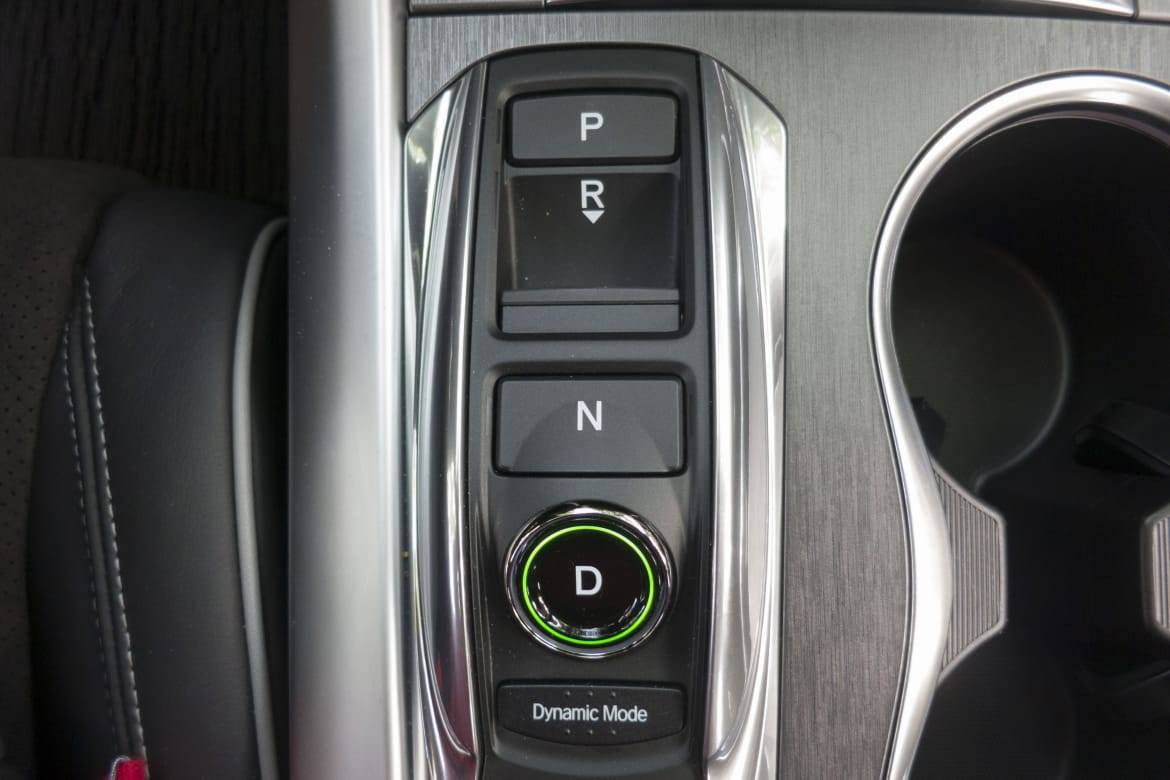 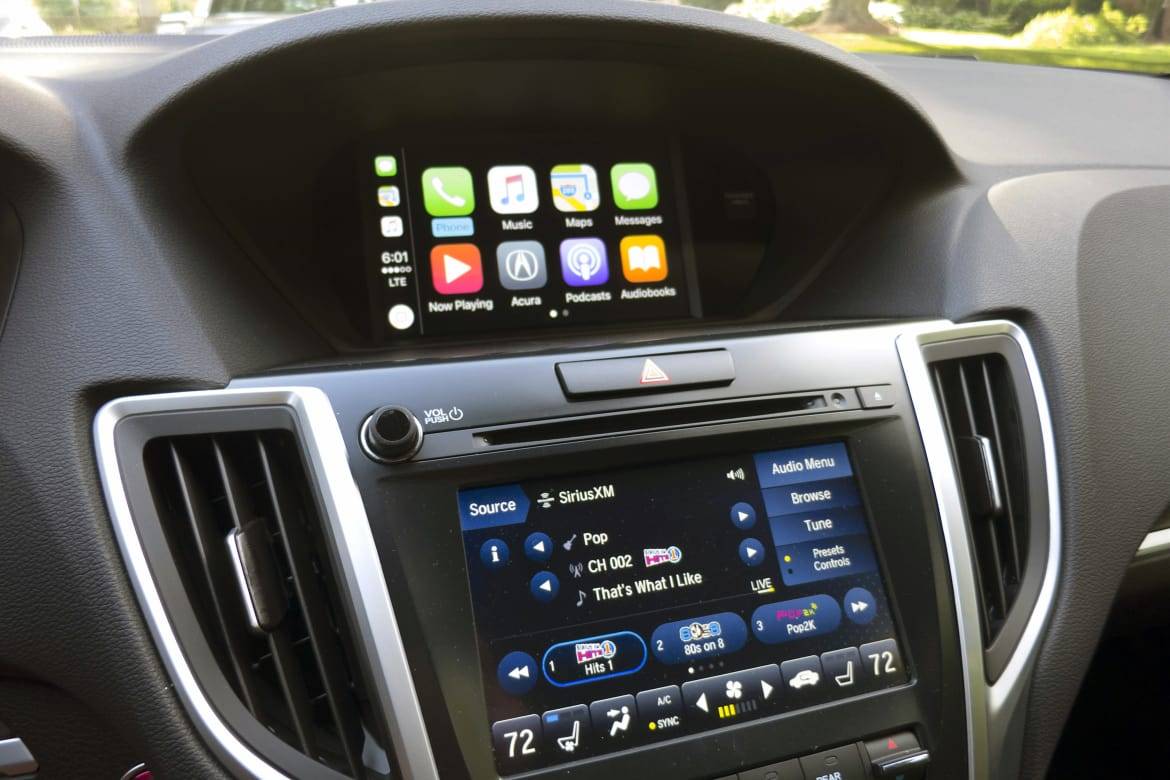 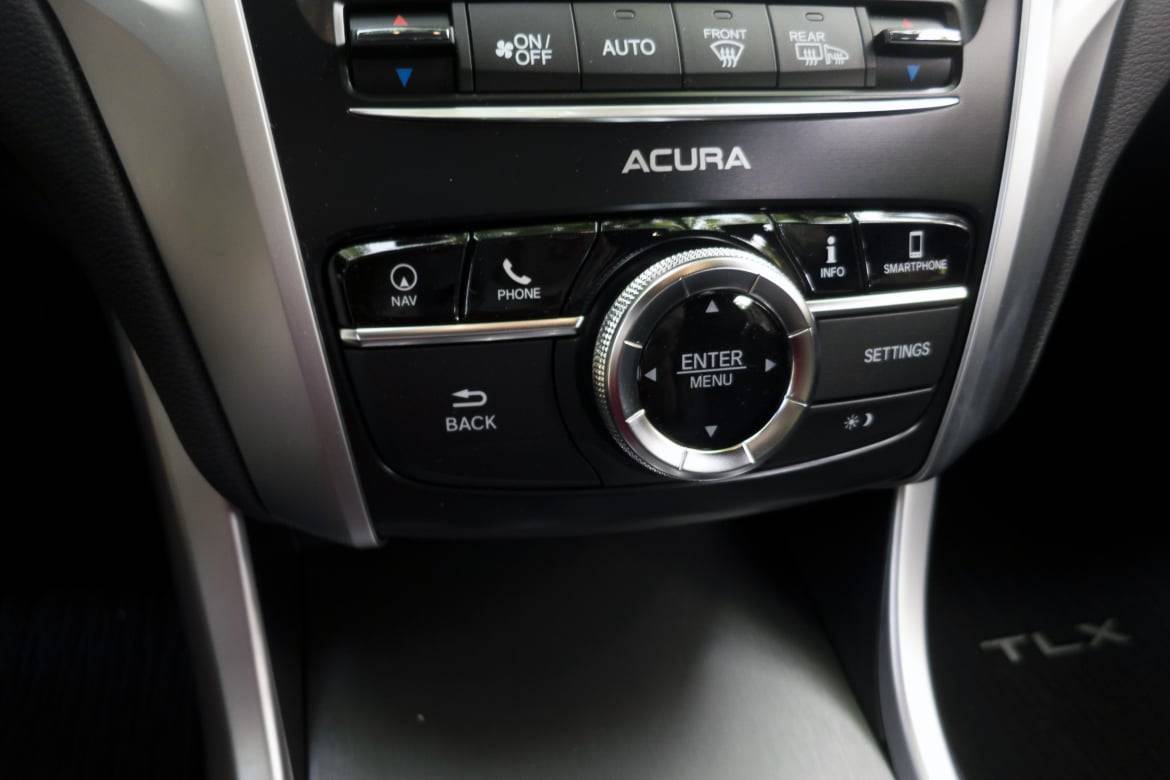 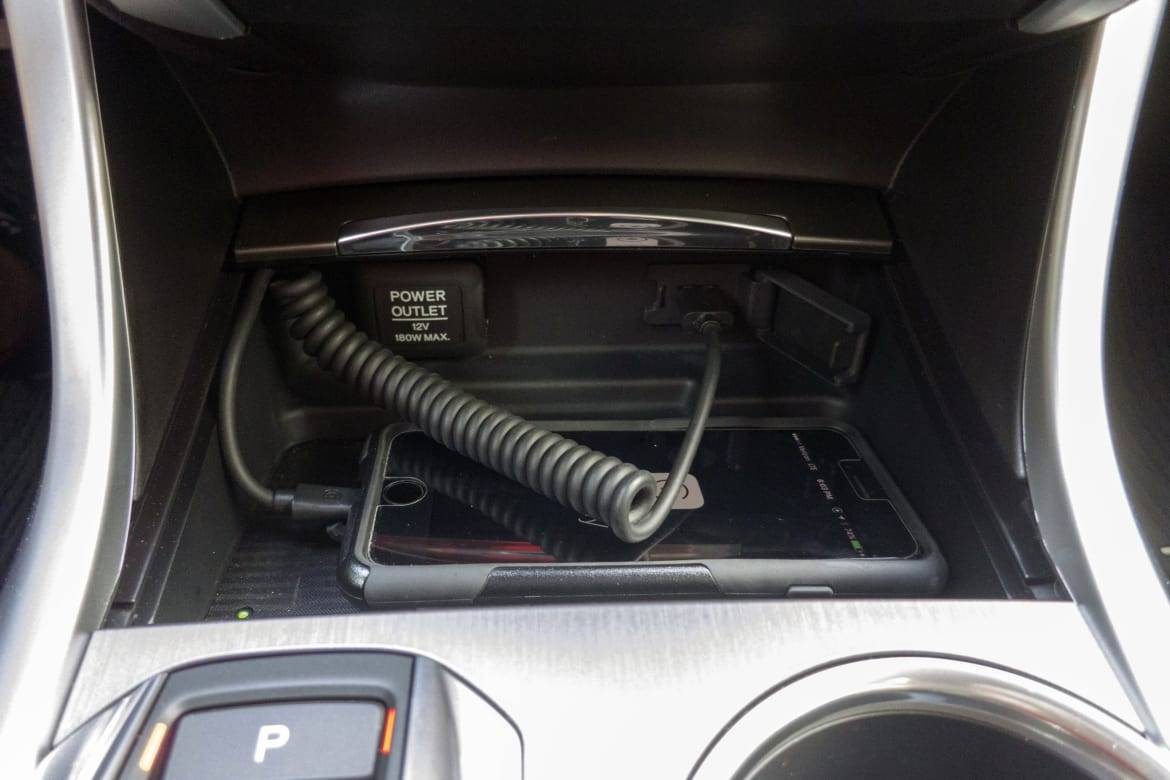 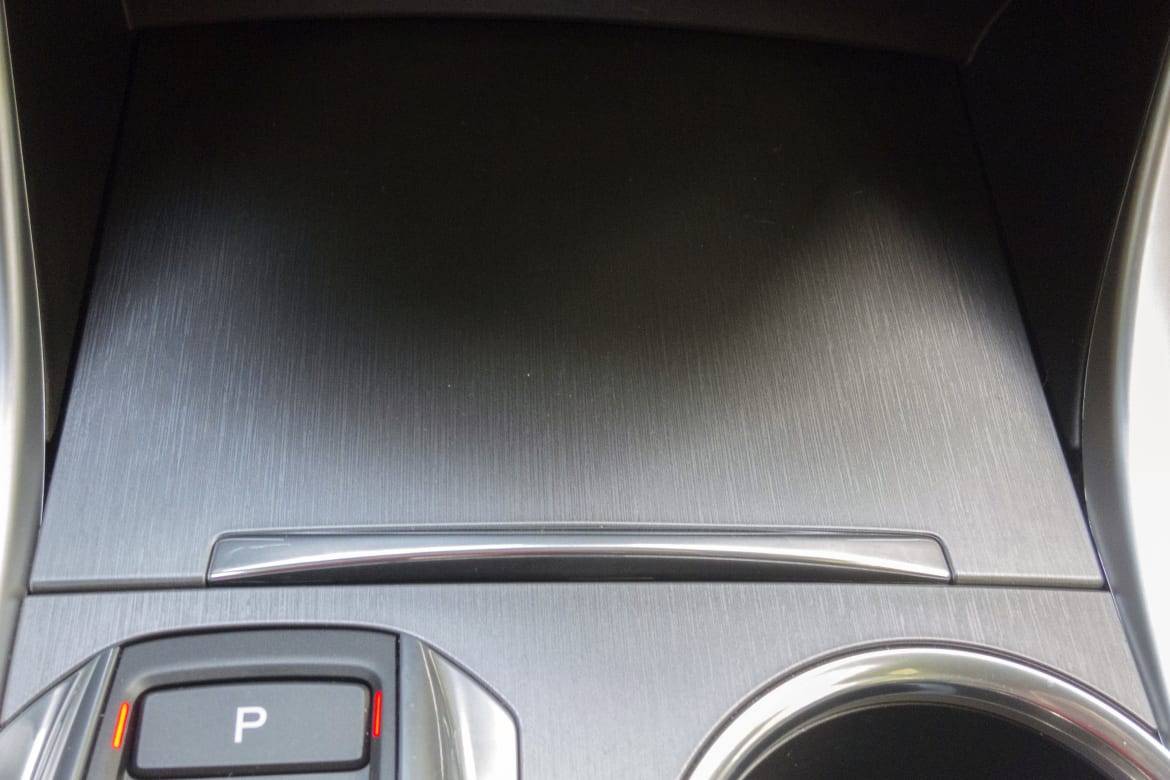 CARS.COM — Acura is a millennial car brand, by age at least: It just turned 31 in the U.S. But in recent years, its image with car buyers has become about as millennial as a guy who shaves every day and, like middle age, that image is less than exciting.

It wasn’t always this way. The premium brand launched in 1986 in the U.S. and quickly built a reputation for interesting cars that deliver looks, value and performance. Along the way came the NSX sports car and A-Spec, Type R and Type S variants of its cars that burnished the sporty image. Now Acura is trying to gets its mojo back to become something more than the brand known as a maker of “nice” SUVs.

The Acura Precision concept laid down a new design marker last year. The resurrected NSX is quite a halo. And now Acura puts some fun into its TLX sedan with a more aggressive A-Spec version for 2018. If you are in the market for a sporty sedan, here are five reasons to give the 2018 TLX A-Spec a look versus other upscale rivals:

It Looks Good Without Shouting

The A-Spec TLX may be the best-looking Acura sedan since the third-generation TL designed by Jon Ikeda, who now is the brand’s general manager. The much-maligned “beak” grille has been banished for 2018 TLX models in favor of a more dramatic version of the Precision grille. But the A-Spec’s own darkened surround and matte finish for the burst of three-dimensional diamonds is the best execution. Combined with larger lower inlets, black trim and round foglights, it makes the A-Spec’s front end more aggressive without overdoing it. The A-Spec’s aero trim lowers the side profile. And a no-nonsense rear has A-Spec black trim, a gloss-black spoiler and a pair of large round exhaust tips.  It’s a sporty, younger-looking makeover of the regular TLX that doesn’t shout or try to put skinny jeans on a basically grown-up design.

Performance and Handling Worthy of a Sports Sedan

This is no 400-horsepower, turbo-rush tire burner and doesn’t pretend to be. But power is delivered like butter from the unchanged 290-horsepower, 3.5-liter V-6, and it’s to have some fun and get to 60 mph in under 6 seconds. The nine-speed automatic is one of the better of this breed, but it needs to be in Sport or Sport Plus mode to deliver crisp downshifts (or use the paddles). Performance-oriented chassis upgrades include firmed-up steering, suspension upgrades and sportier-tuned 19-inch wheels with grippier tires and competent (if not brand-name) brakes. It’s a car you can enjoy driving with spirit and still pay little penalty in everyday ride. Order it with the excellent Super Handling All-Wheel Drive ($2,000), tuned tighter for the A-Spec, for as close to a rear-drive feel without the real deal. Bonus: Acura has also tinkered with the noise cancellation to give the A-Spec a satisfying growl.

The Tech Is Still Odd, But Now Oddly Works

Acura’s unusual two-screen media system remains for 2018, but it’s more rational. The revised system is faster and the screens make more sense: radio and climate controls on the lower touchscreen, navi and smartphone integration in the hooded upper screen controlled by a knob and shortcut buttons. More details on the new system are here. This doesn’t make the A-Spec a better sports sedan, but it eliminates a frustration we suspect kept it off a lot of short lists.

You Can Have Friends

The TLX A-Spec is a tidy mid-size sports sedan, but it’s mid-size nonetheless in a field of sports sedans where anything approaching it in price is a compact. That means room in the comfortable leather and Alcantara sport seats up front, but there’s also room in the back seat to take friends along, not just impress them with the brand you bought. Bonus: If you’re bored with monochrome, the A-Spec goes beyond black to also offer red leather seats and trim. True, it still lacks some of the design and materials found in many luxury competitors, but not at its price and sometimes not with its build quality.

You Can Buy It and a Good Used Car, Too

An excellent value proposition for premium cars has been an Acura core value from the start, and it’s the A-Spec’s trump card. The A-Spec trim adds $2,900 worth of sporty gear to the TLX V-6 with Technology Package that already is loaded with luxury amenities and has a full platter of electronic safety tech, as well. Check all the boxes, including the AWD system, and you’re all in for $45,750 with destination.  That’s not cheap, but it would take about $10,000 or more to get comparable performance and features in a compact sports sedan from other luxury rivals. And if you want to match its mid-size room, plan on anything from double that margin to a nosebleed.

The A-Spec doesn’t hit a home run in any one category (we can hope for a next-generation Type S?). But it’s well-balanced and good all around without glaring faults, either. That might not be your thing, but it’s worth a look — and a drive — before you write a check.

Do You Need an All-Wheel-Drive Minivan?