CARS.COM — Honda is expanding its Clarity line from a fuel-cell car to a lineup that offers a choice of three electrified powertrains. In addition to fuel-cell electric power — which Honda says it still sees as “the ultimate zero-emissions vehicle technology” — the mid-size sedan will be offered in more mainstream plug-in hybrid and battery electric versions. Both new versions will debut at the 2017 New York International Auto Show.

The fuel-cell model is available now in limited numbers in California. Honda says the plug-in hybrid will be at dealerships later this year, and it expects that version to be the sales volume leader for the Clarity on its way to target sales of 75,000 in the first four model years. The battery-powered EV will launch later this year with leasing in California and Oregon. Pricing for the new versions has not been announced.

The choice for shoppers in the market for such vehicles will be more complicated than if you want the four or the V-6, but it similarly will come down to questions of where and how you will drive the car. The fuel-cell electric Clarity is practical only in areas such as Southern California, where there is an effort to grow a network of hydrogen fueling stations. More suitable for the rest of us with just gasoline and electricity available will be the plug-in hybrid or EV.

While the versions are basically the same car, Honda says each Clarity variant will have some distinguishing appearance touches, including an exclusive color, its own wheel design and some variations on lighting and front ends. The higher-volume plug-in hybrid also will get two trims, a base and Touring.

We have full coverage of the car itself and the hydrogen fuel cell powertrain here. And here are details of the two new powertrains:

A key metric for a plug-in hybrid electric vehicle is how far it can go on electric power alone before the gasoline engine kicks in for power or to generate electricity. Honda expects the Clarity to be EPA-rated for 42 miles of electric-only range on a full battery charge. By comparison, the smaller 2017 Chevrolet Volt is rated at 53 miles before the gasoline engine must kick in, while the mid-size Kia Optima plug-in hybrid is EPA-rated for 29 miles.

The Clarity PHEV’s power will come primarily from its 181-horsepower electric motor that produces 232 pounds-feet of torque. That motor will be powered by a 17-kilowatt-hour battery pack and electricity generated by the gasoline engine. The gas engine is an Atkinson cycle 1.5-liter 4-cylinder engine that will power a generator and, under certain conditions, provide direct power to the wheels. Honda expects this PHEV to earn an overall EPA fuel economy rating of 105 mpg-equivalent. Time to fully recharge the battery is estimated at 2.5 hours on a 240-volt plug.

The Clarity PHEV will have selectable Normal, Econ and Sport modes to balance energy efficiency and performance as desired. It also will allow drivers to customize their experience, maximizing efficiency or driving performance. It also will offer an HV battery management mode that lets you maintain the charge and save it for later in the drive.

The Clarity battery electric version has a lower-power motor than the hybrid model — 161 hp and 221 pounds-feet of torque — and a bigger, 25.5-kwh battery pack. Honda says it expects it to be rated for a driving range of 80 miles and a combined mpg-e rating of 111.

Both the battery size and the expected range are less than some rivals already on sale. Nissan’s 2017 Leaf electric has a 30-kwh battery and is EPA-rated for a combined driving range of 107 miles. The new Chevrolet Bolt EV has a 60-kwh battery (238 miles of range) and the smallest Tesla Model S battery will be 75 kwh (259 miles with all-wheel drive). Compare them here. 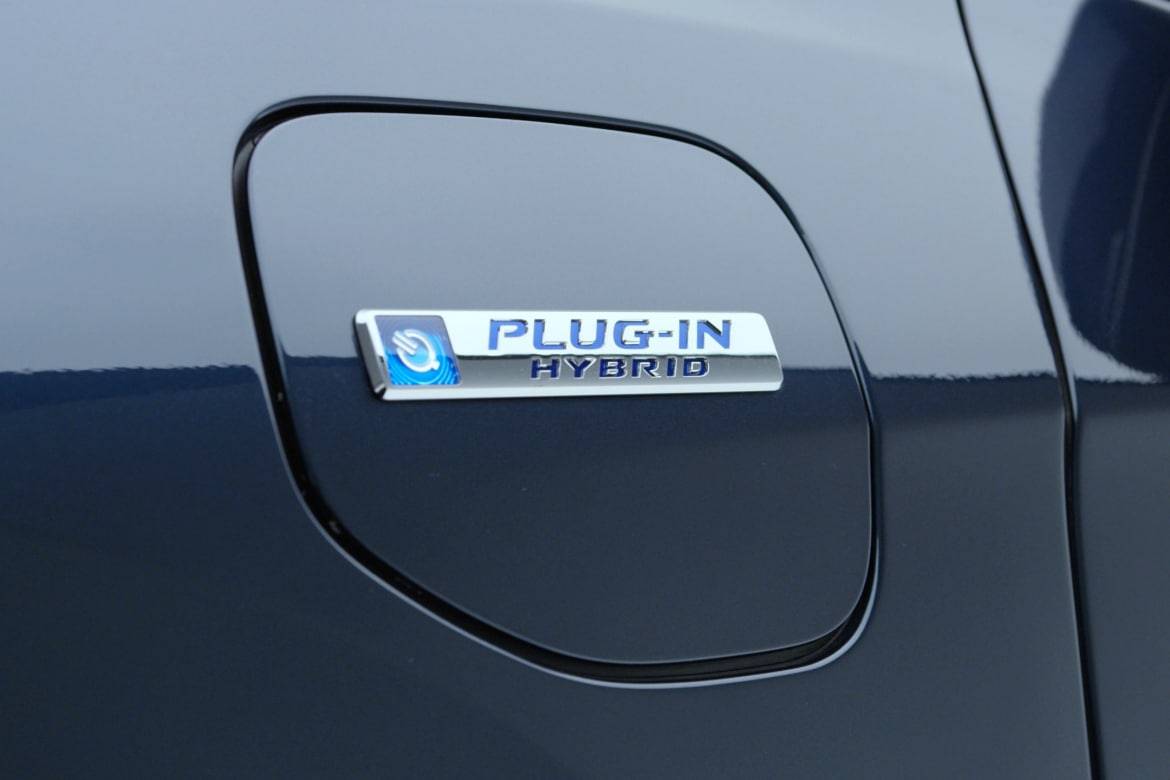 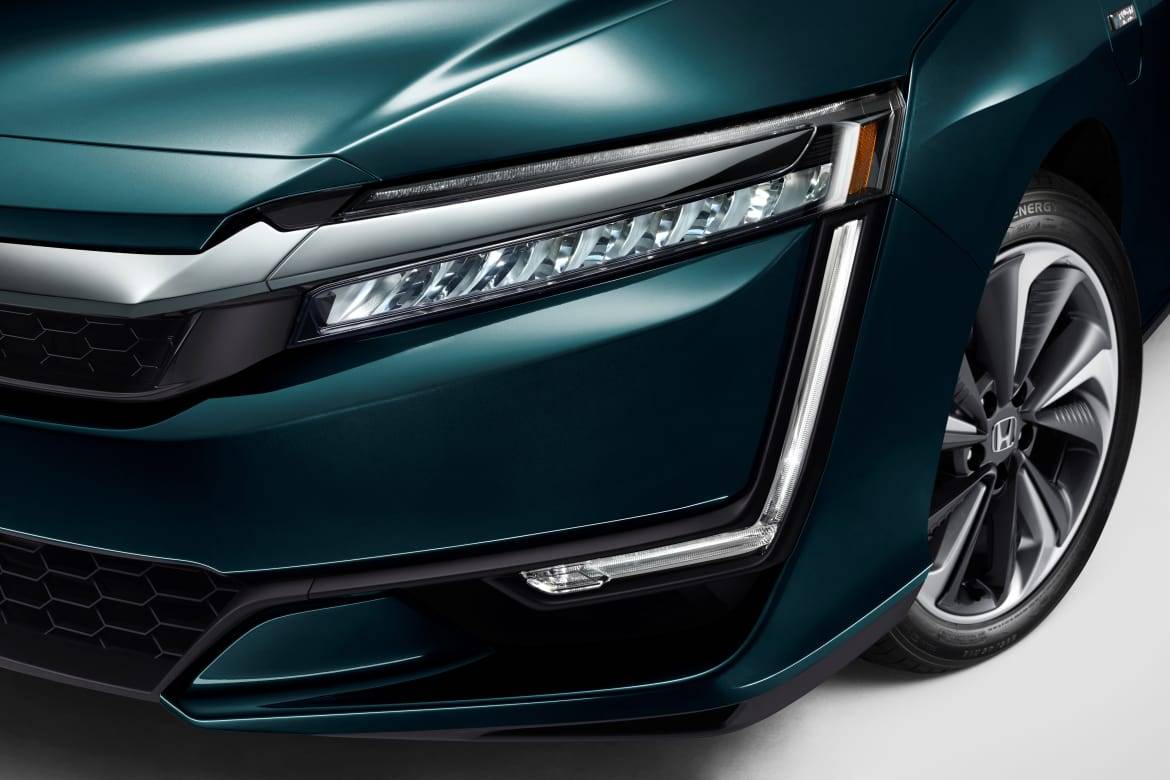 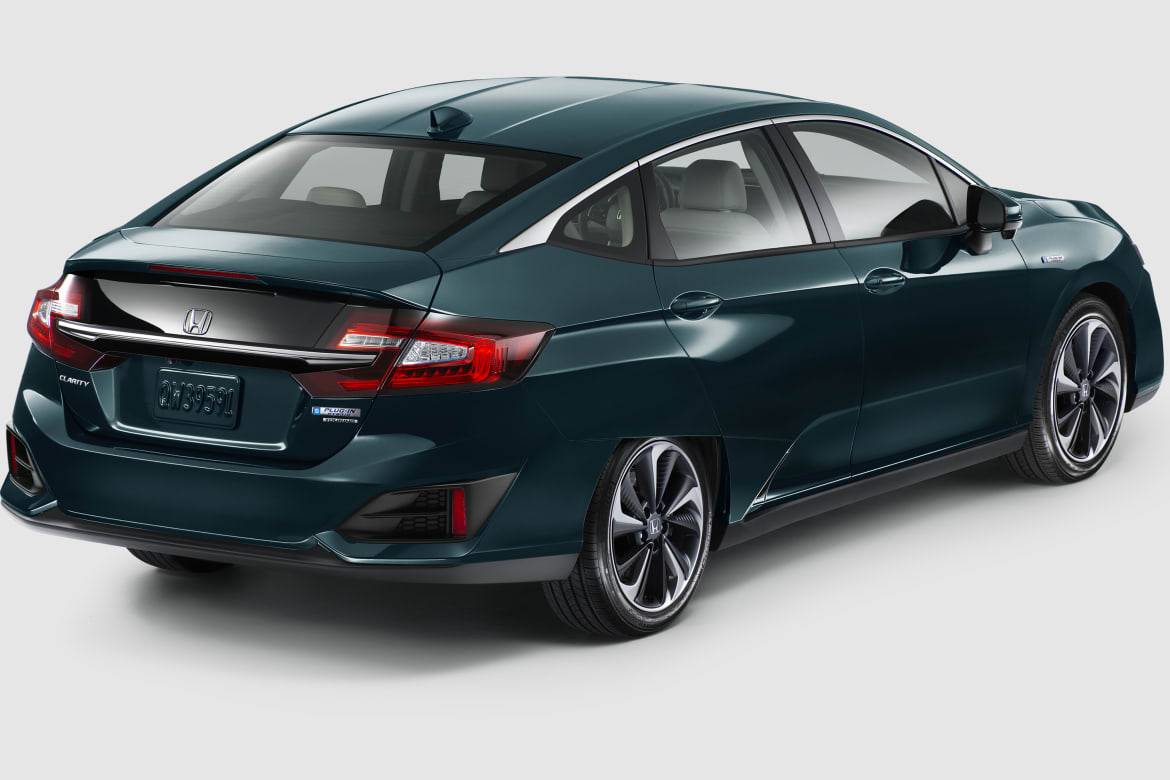 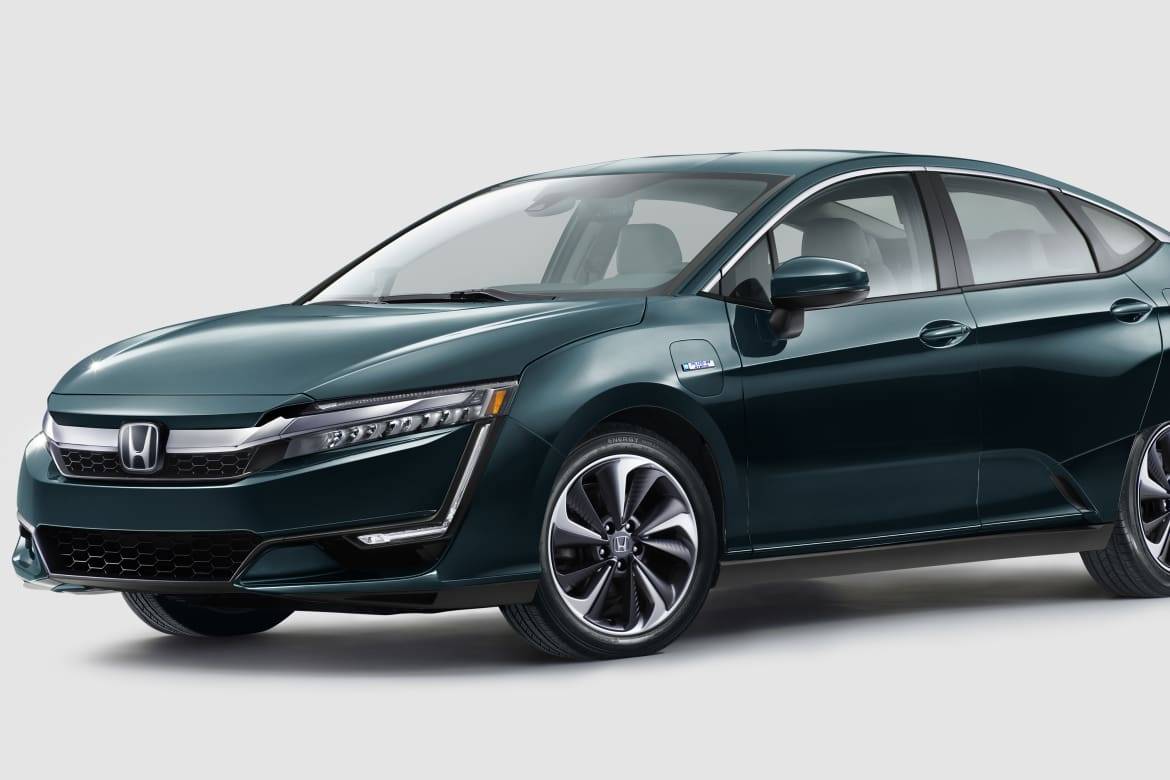 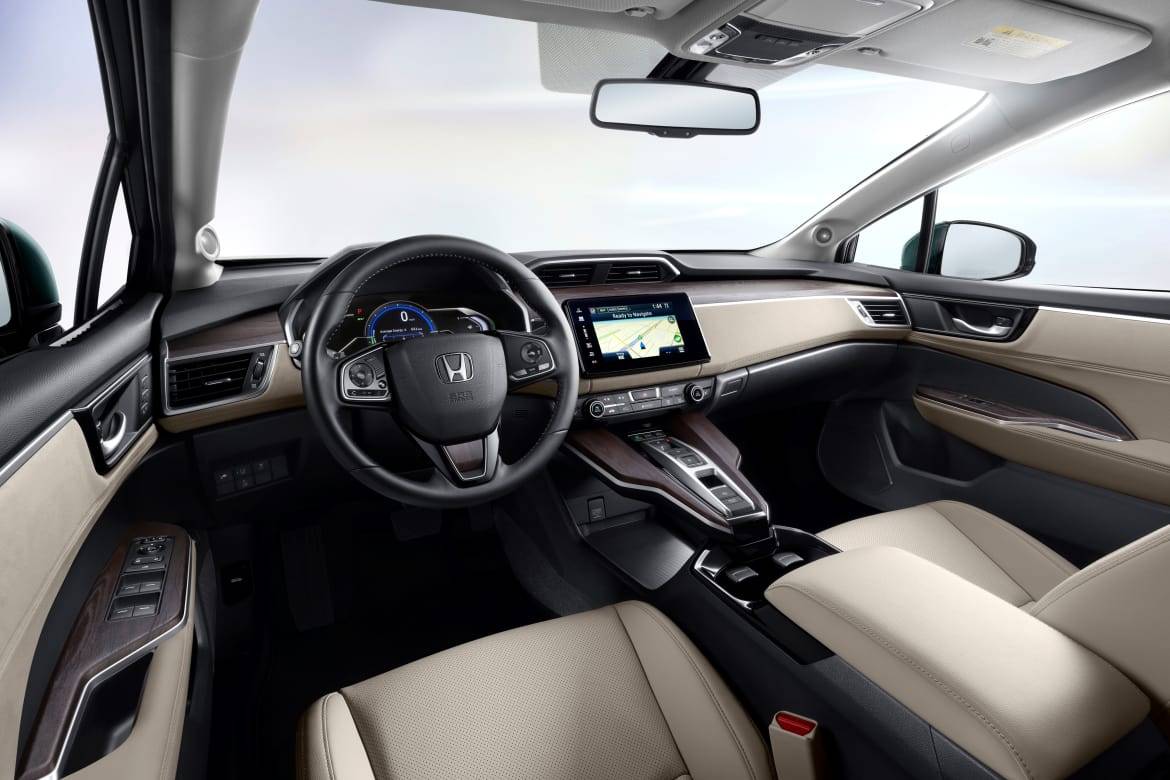 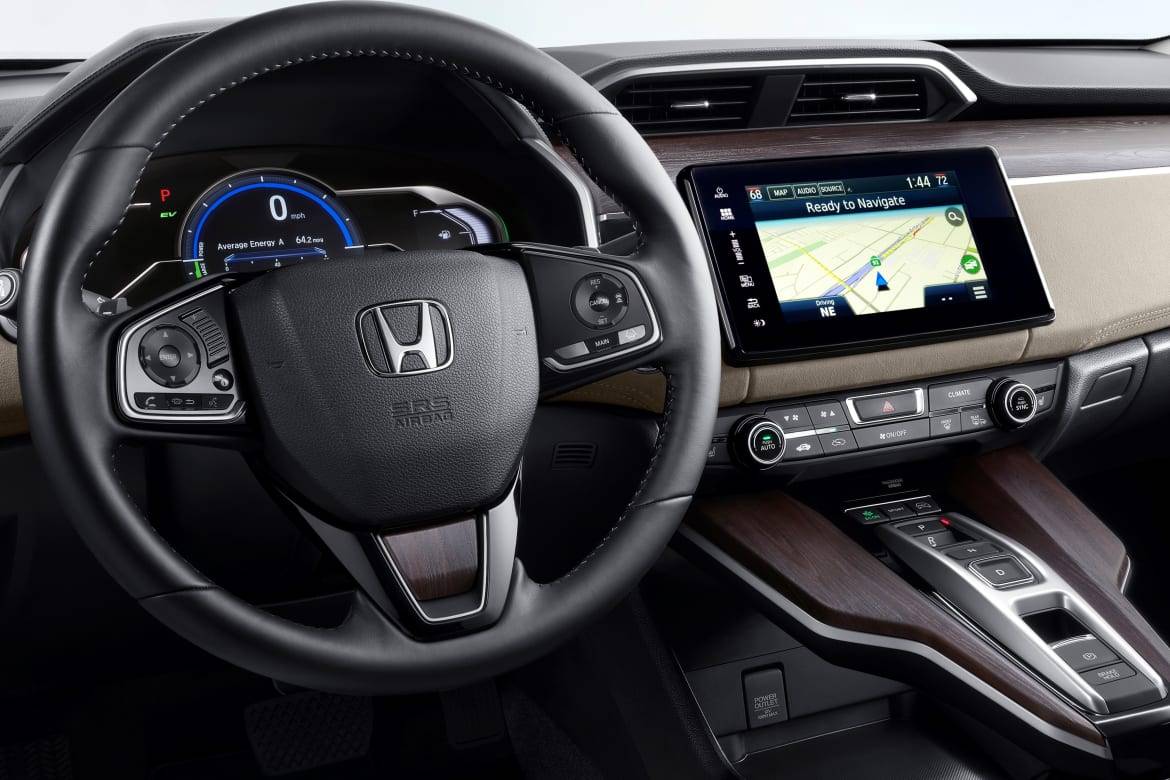 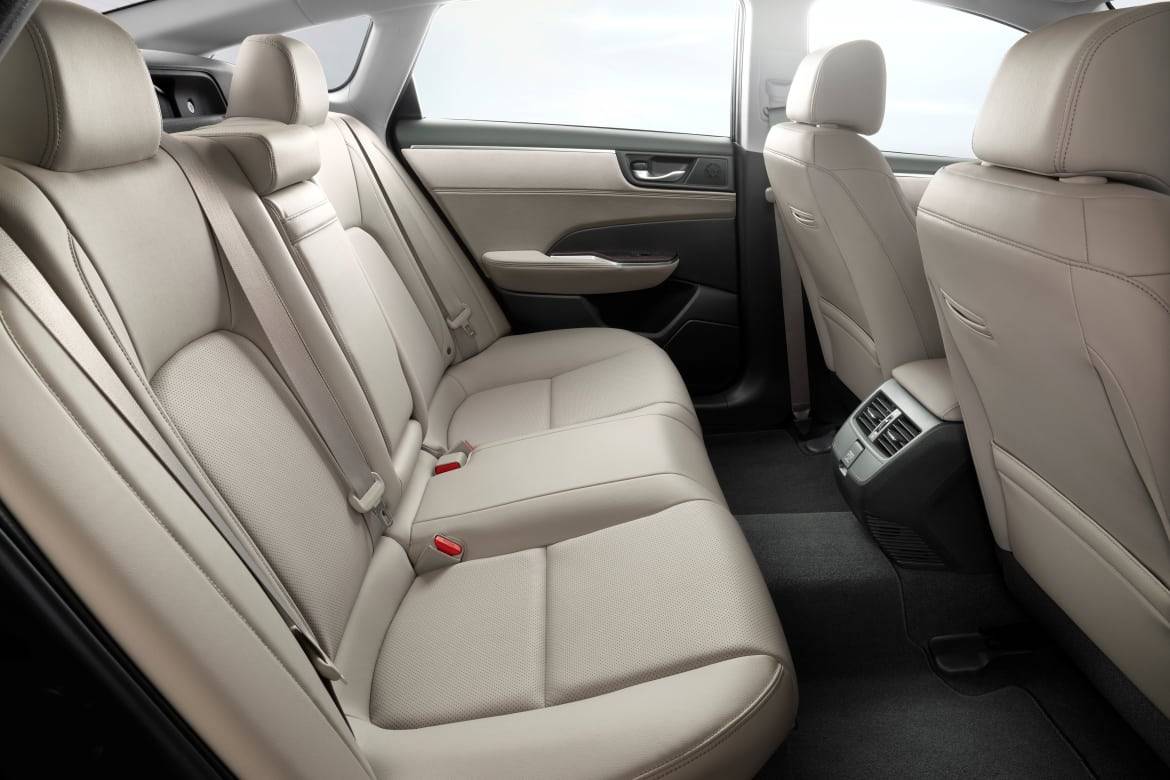 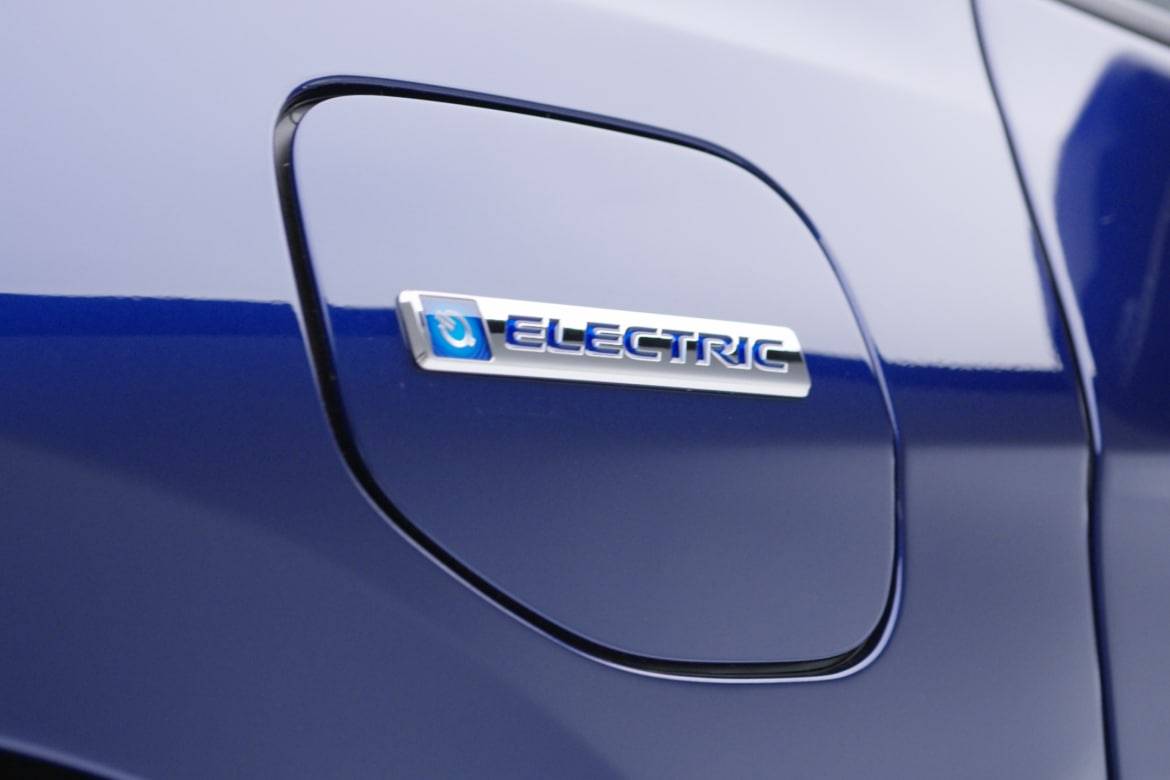 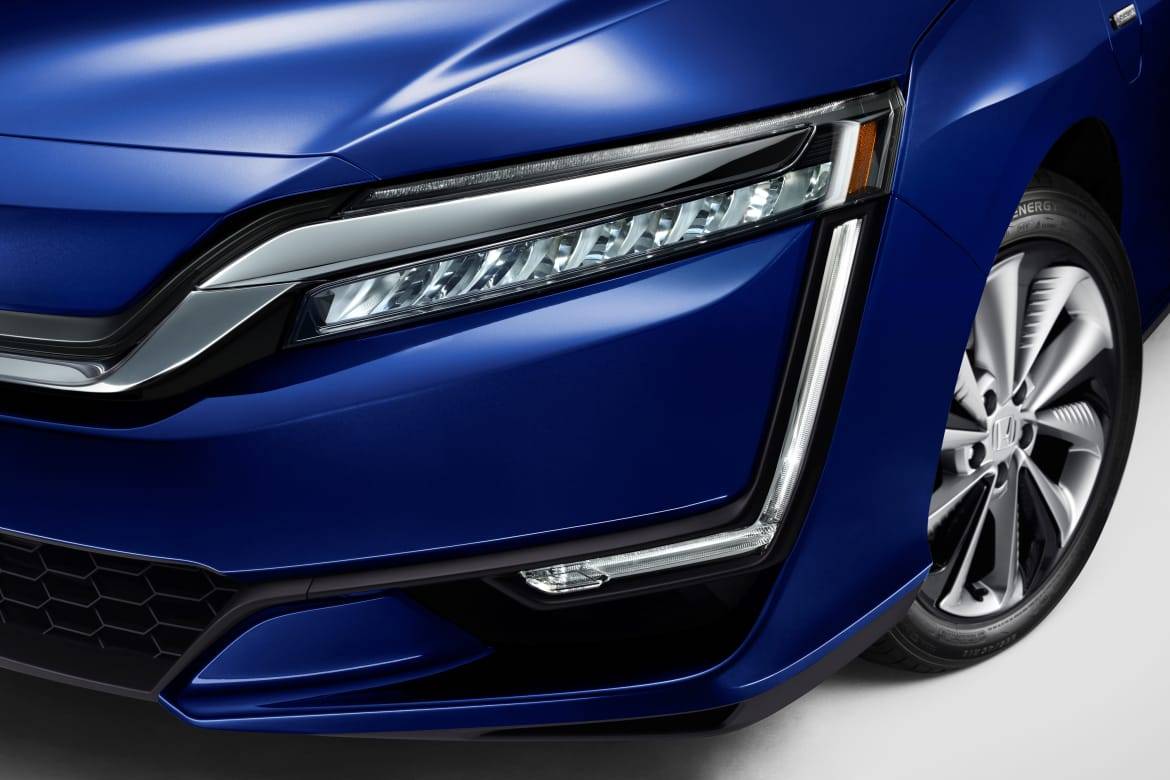 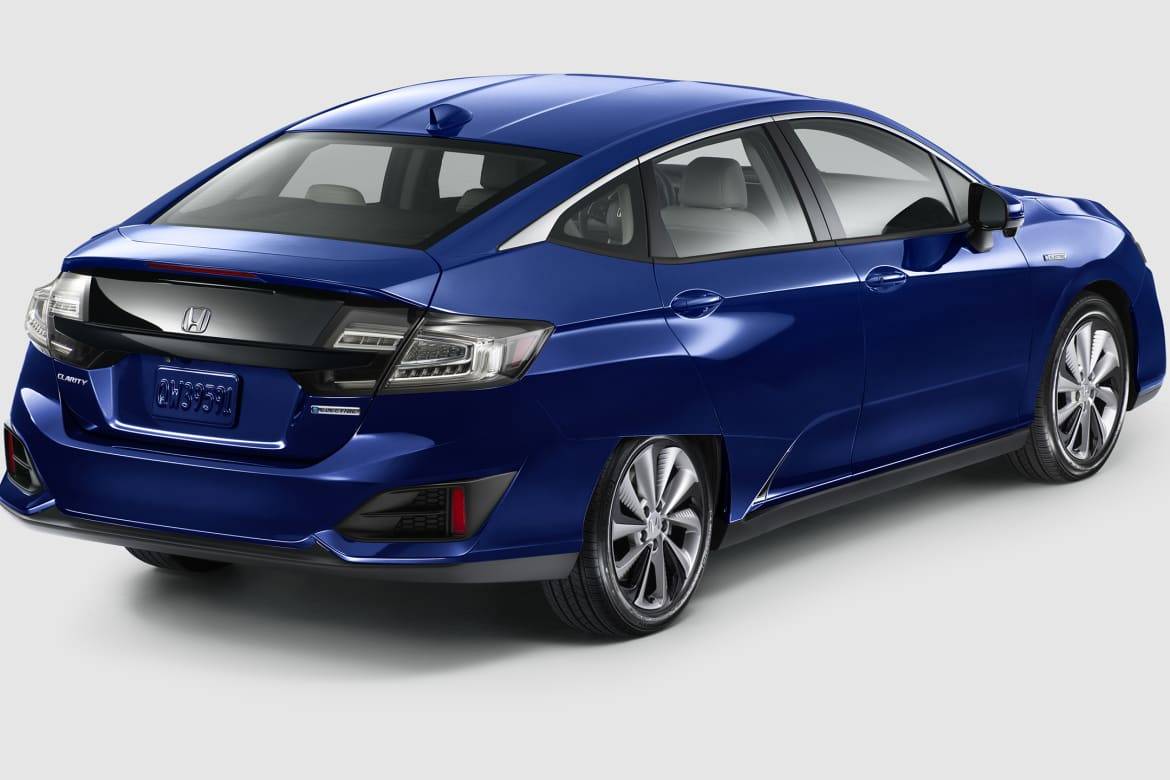 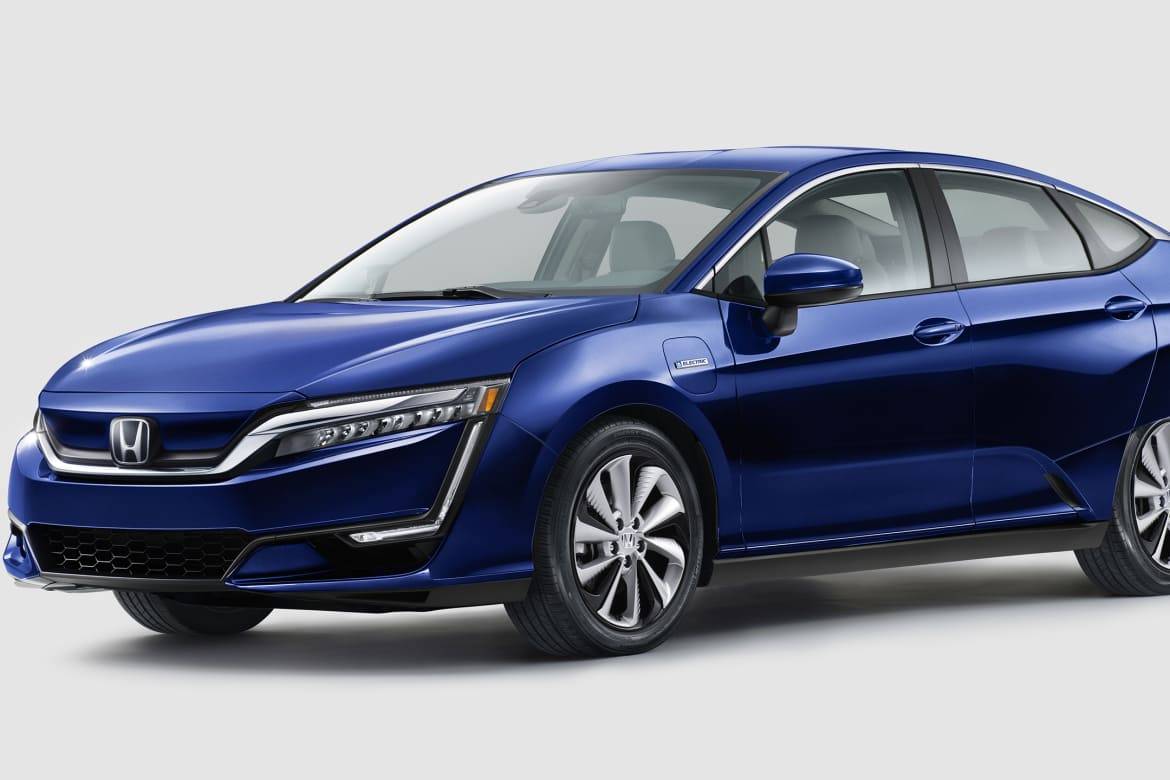 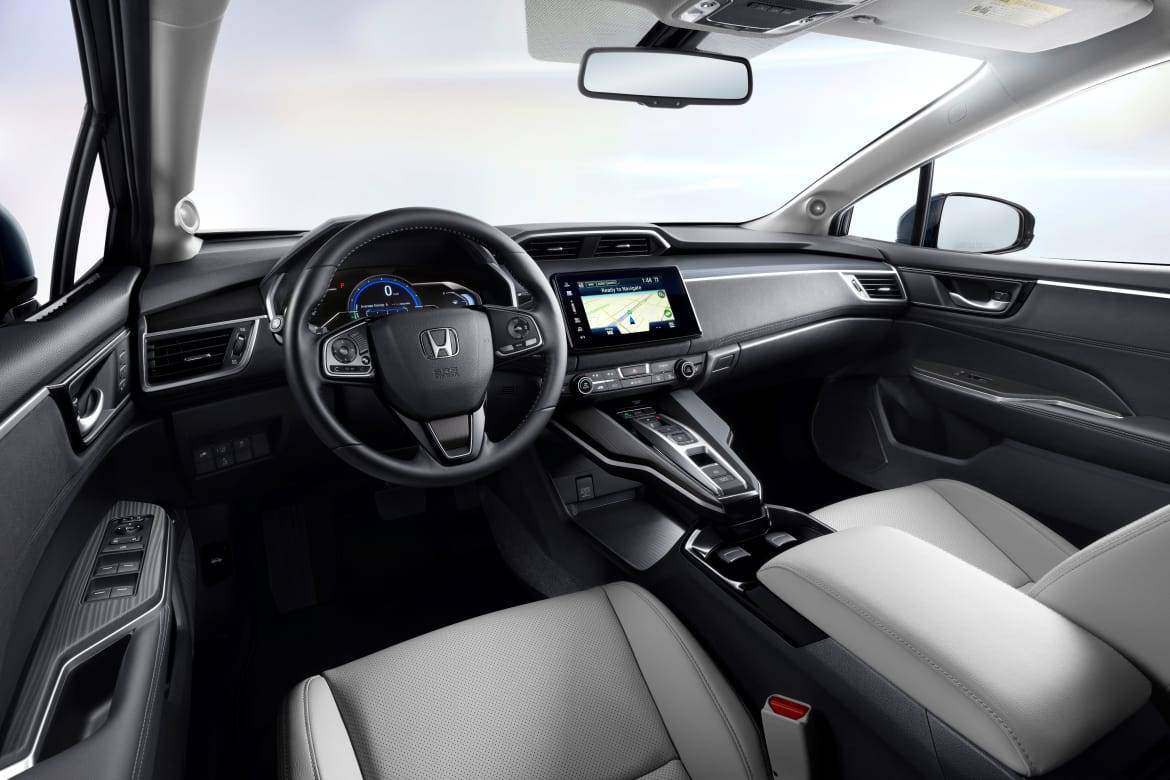 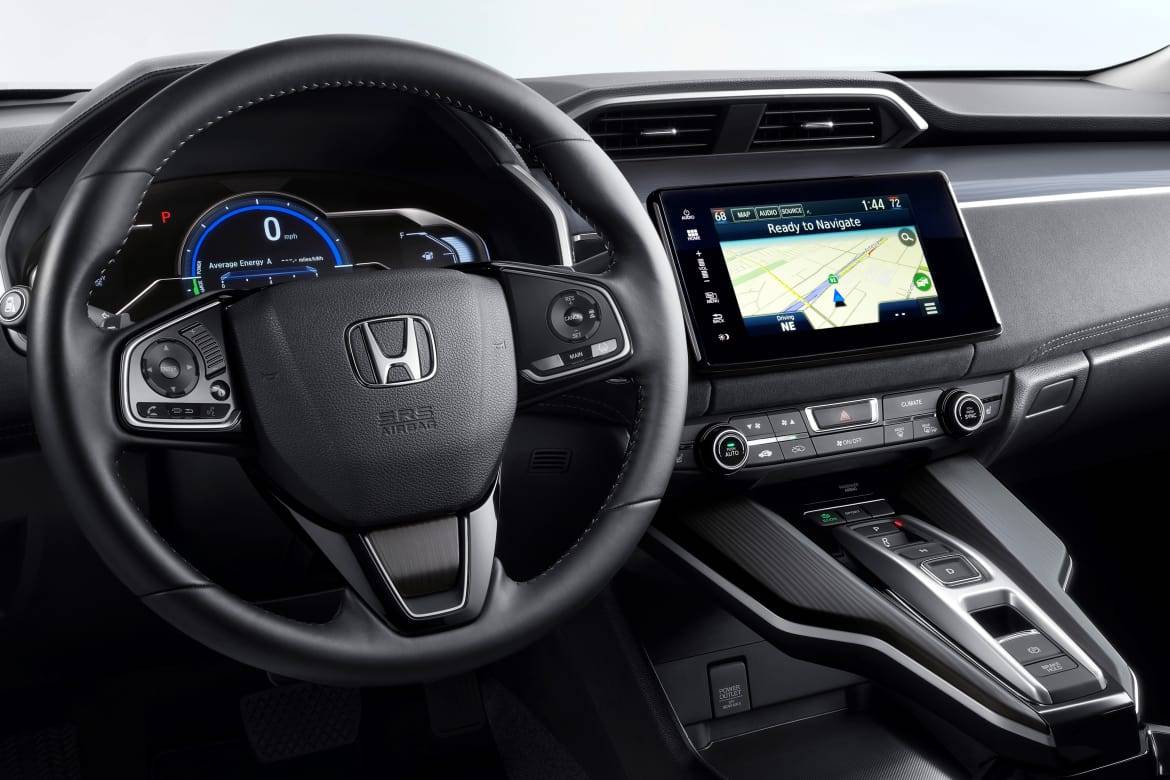 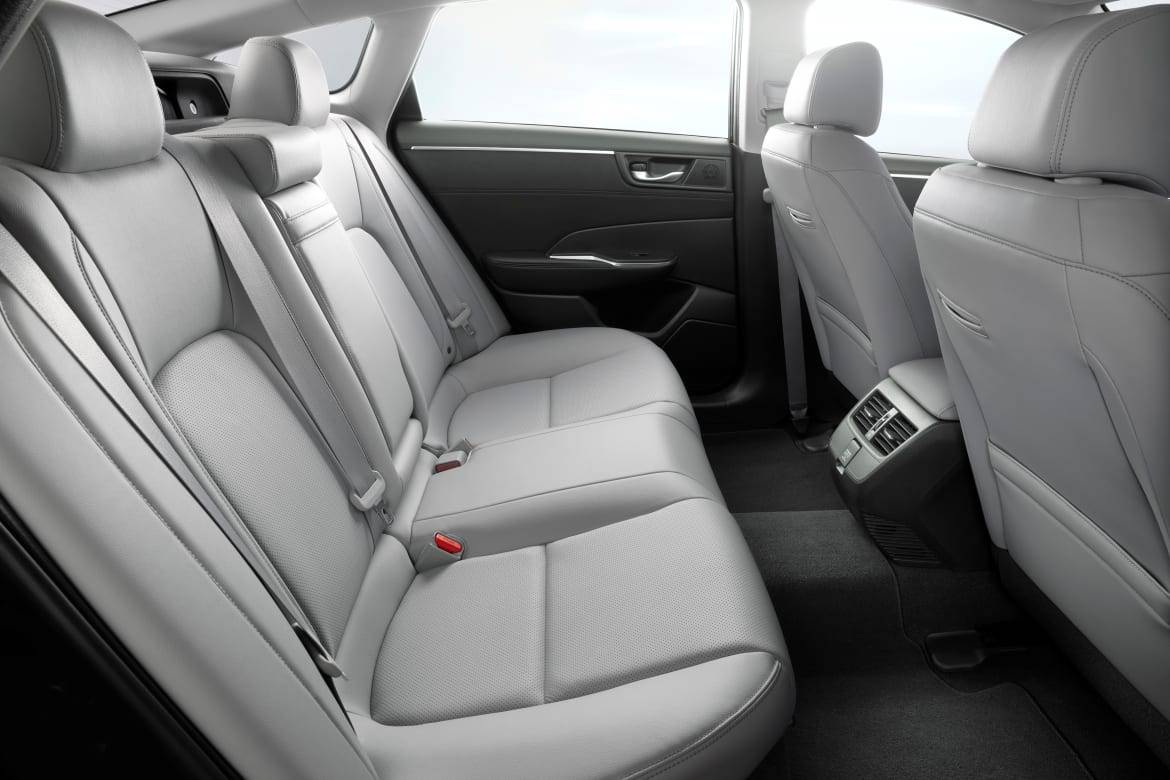