We at Cars.com aren’t ones to toot our own horn, but in addition to being a leading online source for car shoppers and owners, we can add another function to our job description: crime fighters. OK, we’re not exactly Batman over here, but we recently learned that our content on numerous occasions has played a critical role in helping auto-theft investigators track down stolen cars.

Related: Price of High-Tech Security Could Be Carjacking Comeback

Ivan Blackman, director of vehicular investigations for the Des Plaines, Ill.-based nonprofit, the National Insurance Crime Bureau, informed Cars.com editors that the abundance of high-quality photos on our website, showing thousands of car models from multiple angles, have assisted investigators in their work. For example, if an image of a vehicle matching one reported stolen is captured on a public surveillance camera, the quality of that image may be too grainy or blurry to positively identify the year, make and model. Using Cars.com’s extensive database of photos, investigators oftentimes are able to make a match that could ultimately help solve a larceny case.

Obviously, the idea of having potentially helped someone get their ride back warms our car-loving hearts. But we certainly hold no exclusive patent on photos that can assist investigators in the event you fall victim to auto theft. Blackman recommends that all vehicle owners take and keep pictures of their car from various angles — especially of any identifying features particular to the car, a birthmark if you will. Like police detectives might make note of a birthmark, scar, tattoo or other feature specific to a missing person, providing auto-theft investigators with an image of something unique on your car — a dent, a scratch, custom add-ons, that green mystery stain underneath the passenger seat — could be the clue that breaks the case and gets your four-wheeled baby back to you.

Of course, it takes a bit of foresight to take such measures before having your car stolen. According to a recent Gallup poll, 56 percent of Americans “rarely” or “never” worry about their car being stolen, which makes sense considering the 58 percent blow dealt to the crime during the past 24 years by ever-advancing anti-theft technologies. Still, of the nearly 700,000 vehicles currently stolen each year, just more than half are recovered and less than 15 percent of cases are considered solved. So it makes sense to use any advantage at your disposal.

As a last line of defense against car thieves, NICB recommends outfitting your vehicle with an automated tracking system.

“A tracking system emits a signal to the police or a monitoring service when the vehicle is reported stolen,” NICB stated. “This added layer of protection can significantly improve the odds of your vehicle being recovered faster and with less damage.”

The LoJack Corp. deals in such devices. Compared with the national stolen-car recovery rate of less than 55 percent, LoJack reports a 90 percent recovery rate for its customers, totaling nearly $84 million worth of property in 2014 alone.

We sincerely hope you never have your car stolen, but if you do, LoJack offers these additional tips: 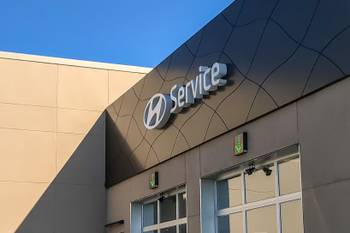