Following the introduction of the Ioniq 5 SUV, Hyundai has unveiled the second vehicle in its all-electric Ioniq sub-brand: the Ioniq 6 sedan. Based on the Prophecy concept, the Ioniq 6 retains many of the elements first shown in its concept guise: a sleek body, boattail shape and pixelated lighting elements. Unlike the concept, however, the Ioniq 6 does have a steering wheel, and traditional doors replace the rear-hinged doors seen on the Prophecy.

Related: As the Prophecy Foretold, the Hyundai Ioniq 6 Will Soon Be Revealed 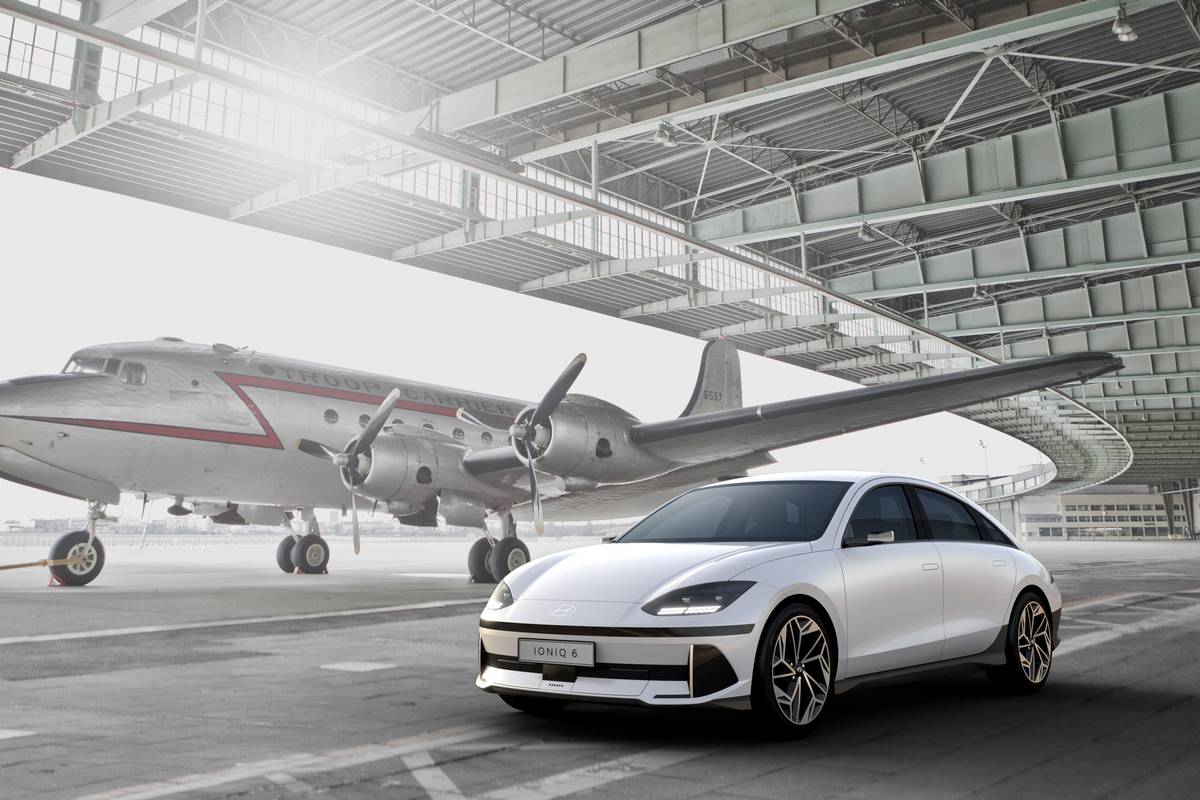 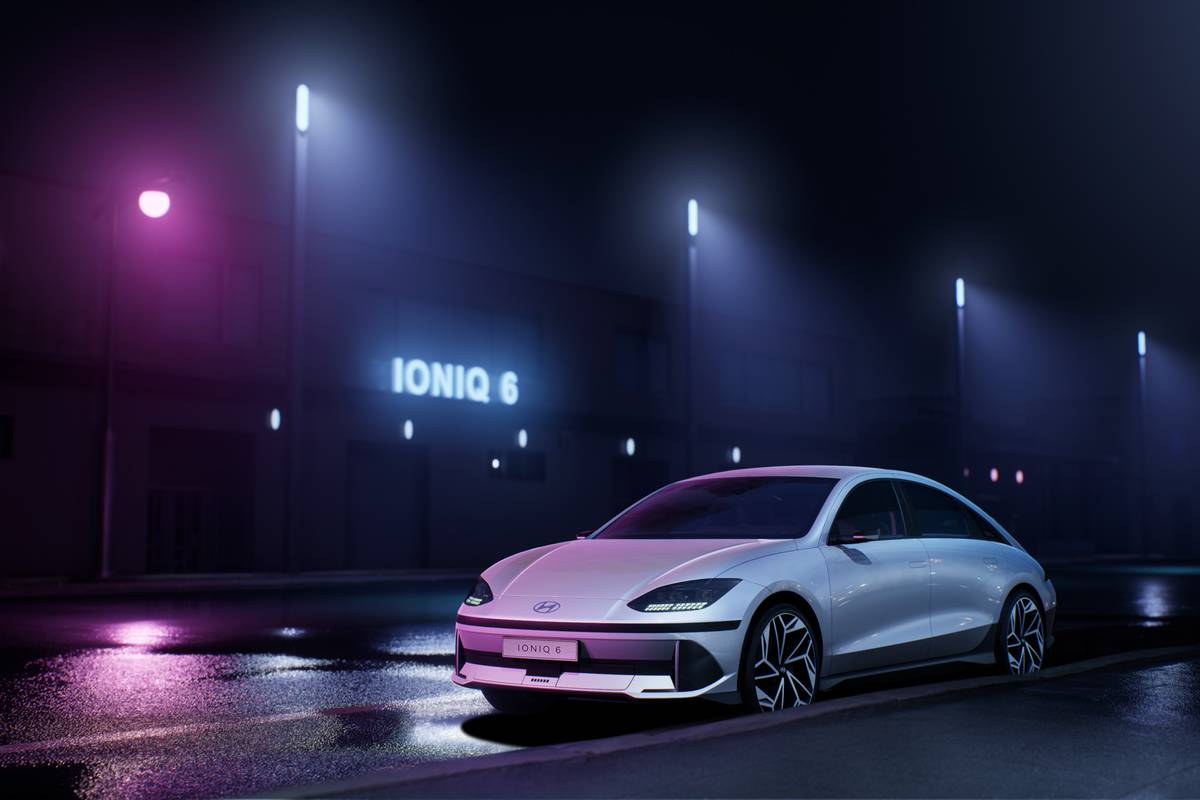 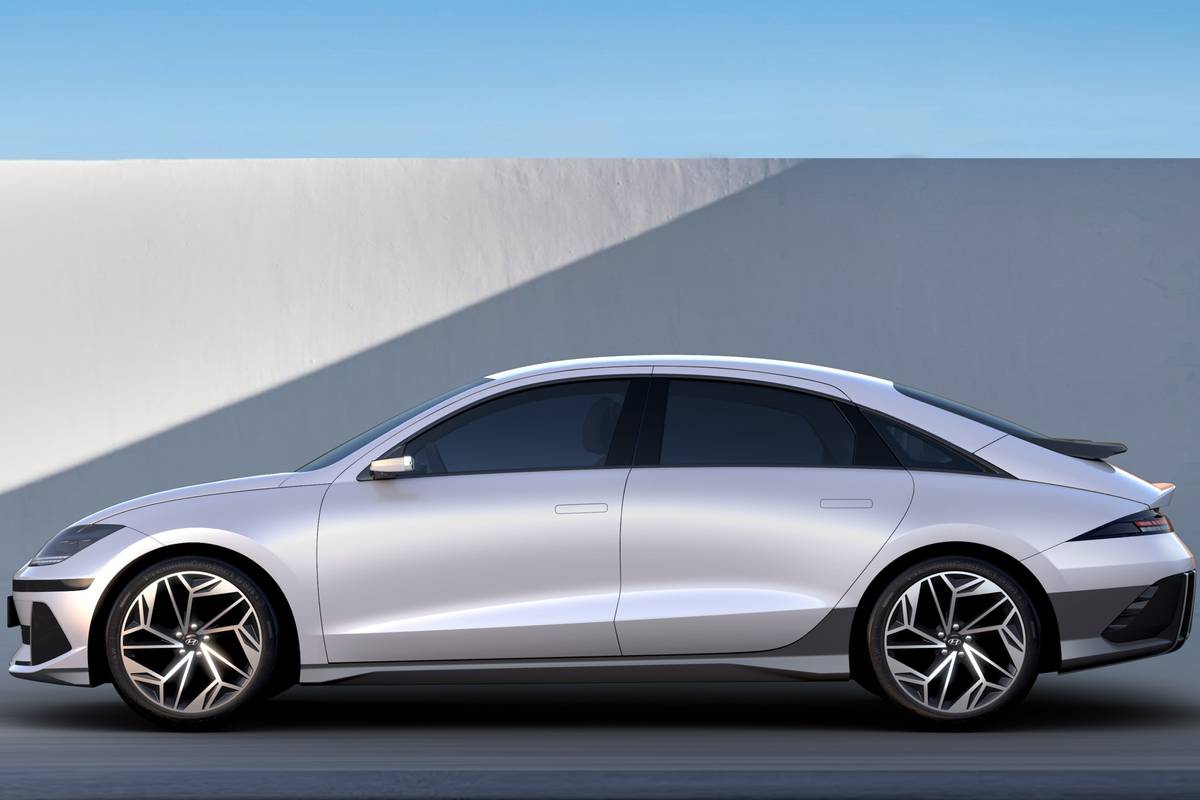 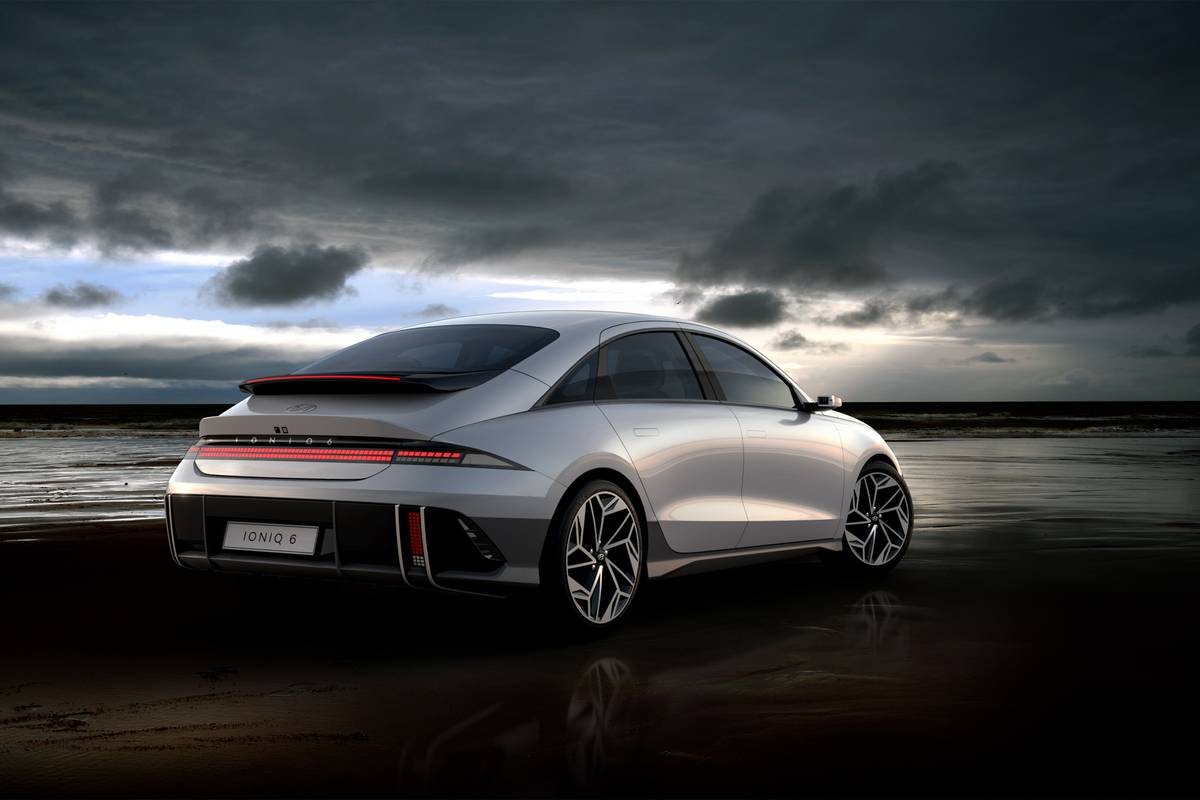 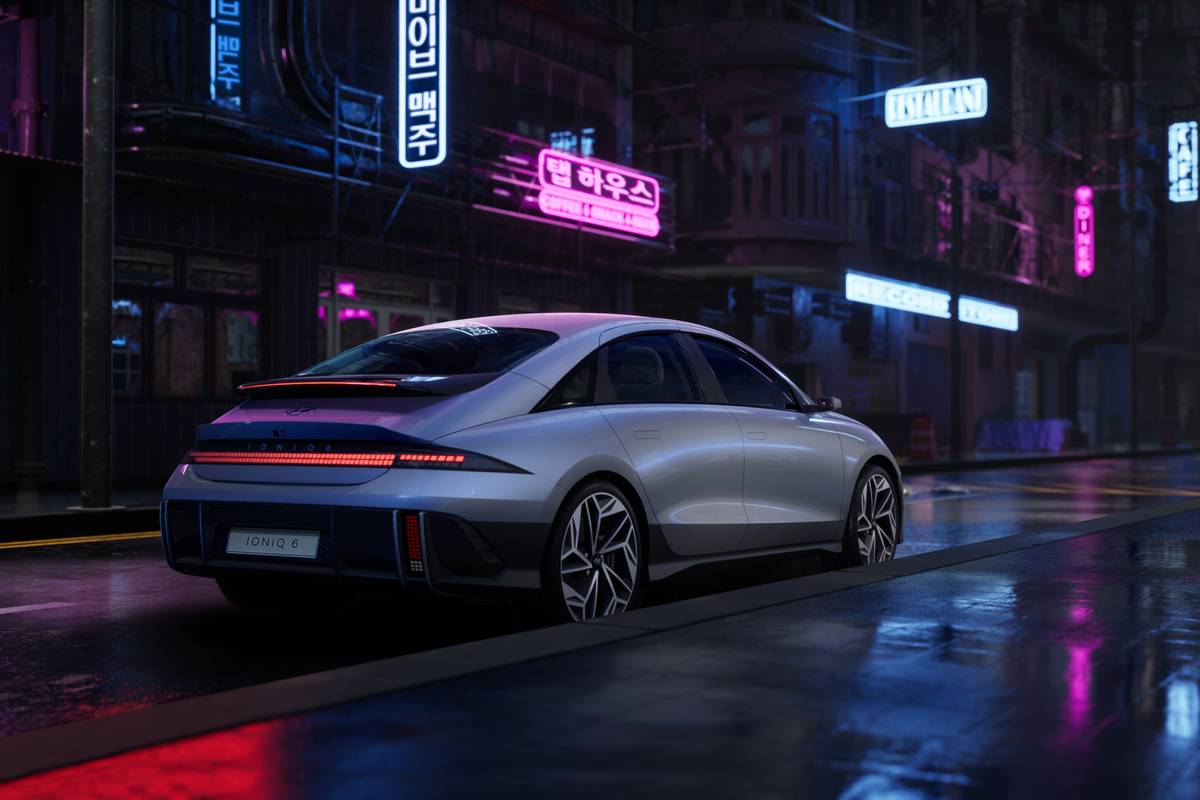 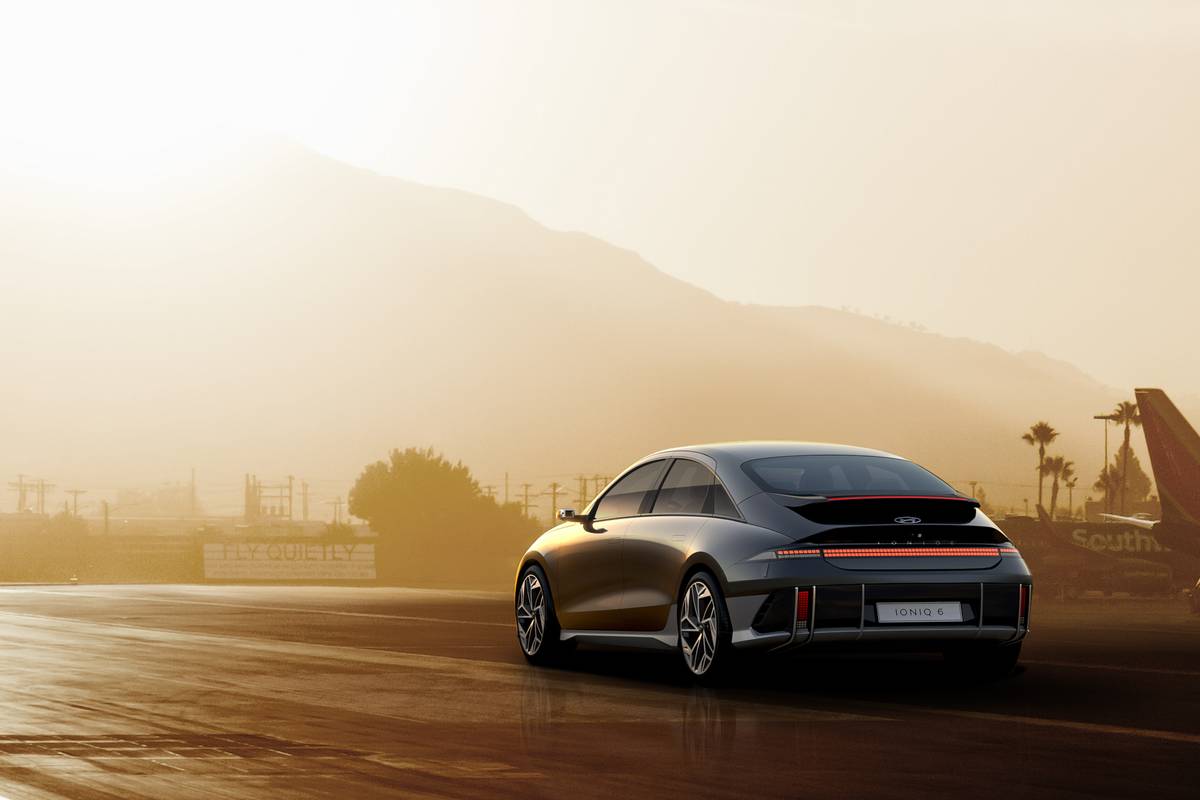 Hyundai calls the Ioniq 6 an “electrified streamliner” — possibly a nod to the sleek, high-speed trains developed in the 1930s that preceded bullet trains. Hyundai says the sedan’s exterior is optimized for aerodynamics with an estimated drag coefficient of 0.21. Adding to the design are active front air flaps, wheel gap reducers and digital side mirrors that replace traditional mirrors (though the latter feature is unlikely to make it to the U.S.). The vehicle’s rear also features aerodynamic elements including a wing-shaped spoiler and separation traps on the rear bumper.

The Prophecy concept’s pixelated lighting carries over into the Ioniq 6. More than 700 parametric pixels make up the lighting design inside and out. The sedan’s headlights, taillights, front sensors and rear-wing light bar are all composed of individual pixels. 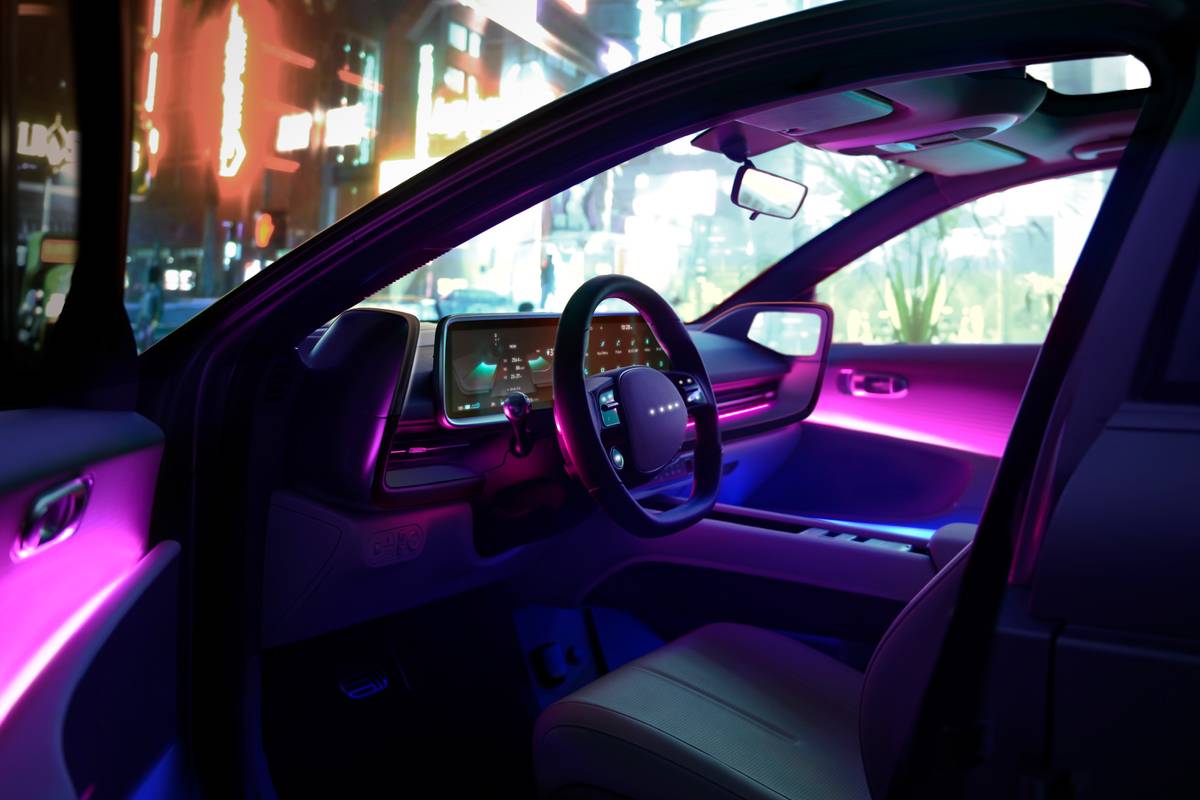 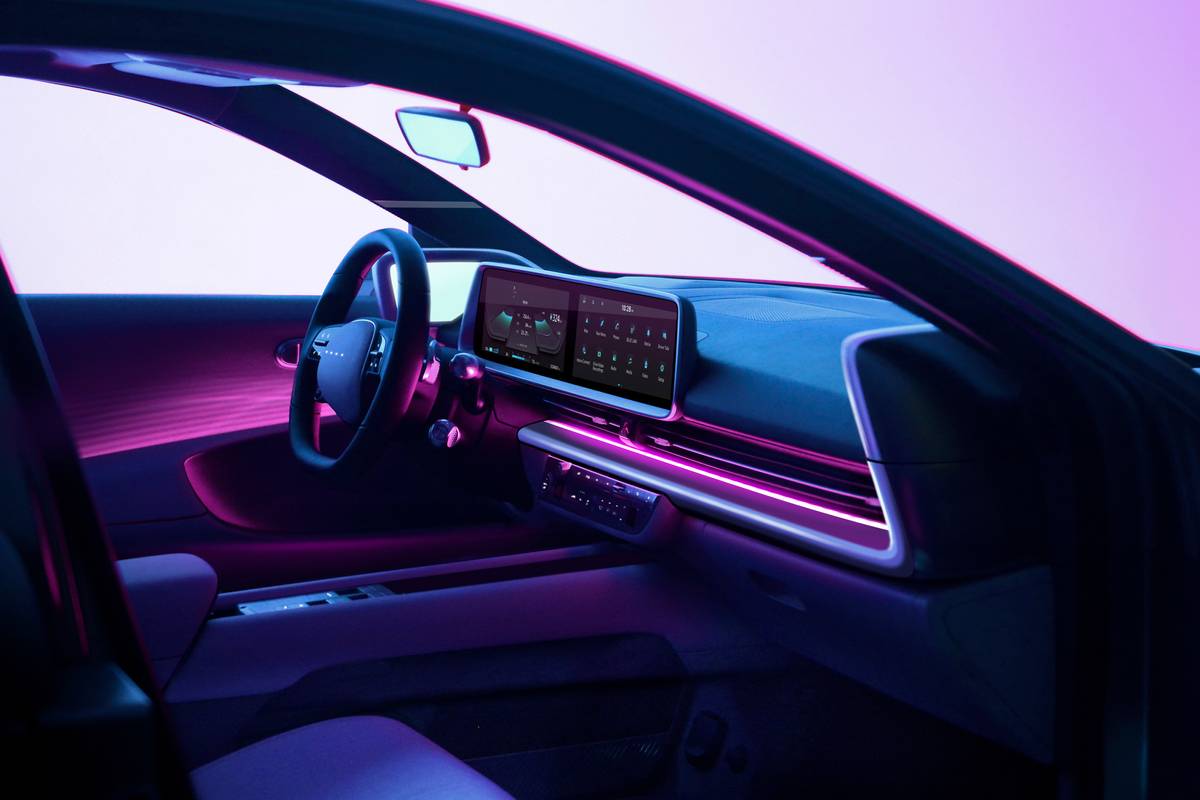 In addition to the Ioniq 6’s sustainable exterior paint, which uses recycled tires and bamboo charcoal, the EV’s interior is also packed with eco-friendly materials: Eco-process leather or recycled fabric are used for the seat trims, vegetable-oil-derived paint is used on the doors, and repurposed fishing nets are integrated into the carpet.

Our editors found the Ioniq 5’s interior spacious and accommodating with generous headroom and legroom; the Ioniq 6’s interior should follow suit, offering plenty of space for occupants. According to Hyundai, the sedan’s Electric Global Modular Platform, which it shares with the Ioniq 5, is optimized for legroom and comfort. The vehicle’s flat floor also contributes to a more spacious feel inside.

The Ioniq 6 integrates a 12-inch touchscreen and 12-inch digital cluster into one dashboard-mounted display. The interior is intended to be open and minimalistic, so there are no buttons on the vehicle’s doors and few physical buttons for vehicle controls; touch-sensitive controls take their place.

The cameras on the driver- and passenger-side doors function in place of traditional side mirrors, but U.S. models will likely lack this feature — Hyundai notes the camera-based system will only be available in select markets, and federal regulations in the U.S. currently require side mirrors.

What We Don’t Know

Hyundai has not revealed performance or range numbers for the Ioniq 6, nor do we know if the vehicle will be available nationwide; the sedan may share some elements with the Ioniq 5 that’s currently only offered in select states. More details about the Ioniq 6 will come in July, according to the automaker.

The Ioniq 5 is powered by a single motor with either a 58-kilowatt-hour battery for 168 horsepower or a 77.4-kWh battery for 225 hp. A dual-motor all-wheel-drive variant is available and gets up to 320 hp combined. The SUV gets a maximum range of 303 miles when the 77.4-kWh battery is paired with standard RWD.

If it follows chronological order, Hyundai’s next introduction into the Ioniq sub-brand will be the Ioniq 7 — a larger SUV that will likely resemble the Seven Concept and slot above the Ioniq 5.