CARS.COM — Happy Star Wars Day, dorks … er, sci-fi fans, and May the Fourth be with you. As “Star Wars” enthusiasts all over the world celebrate their obsession with goings on “a long time ago in a galaxy far, far away” on this arbitrary day based on a middlebrow pun, we wanted to get in on the action. And if there’s one thing that surrounds us, penetrates us and binds the galaxy together as much as our love of “Star Wars,” it’s our collective love of cars.

We previously presented our favorite “Star Wars” car accessories and such months before “Star Wars: Episode VII – The Force Awakens” was released in December 2015, and since then we’ve seen “Rogue One” and more than enough new branded merchandise to fill a space cruiser. 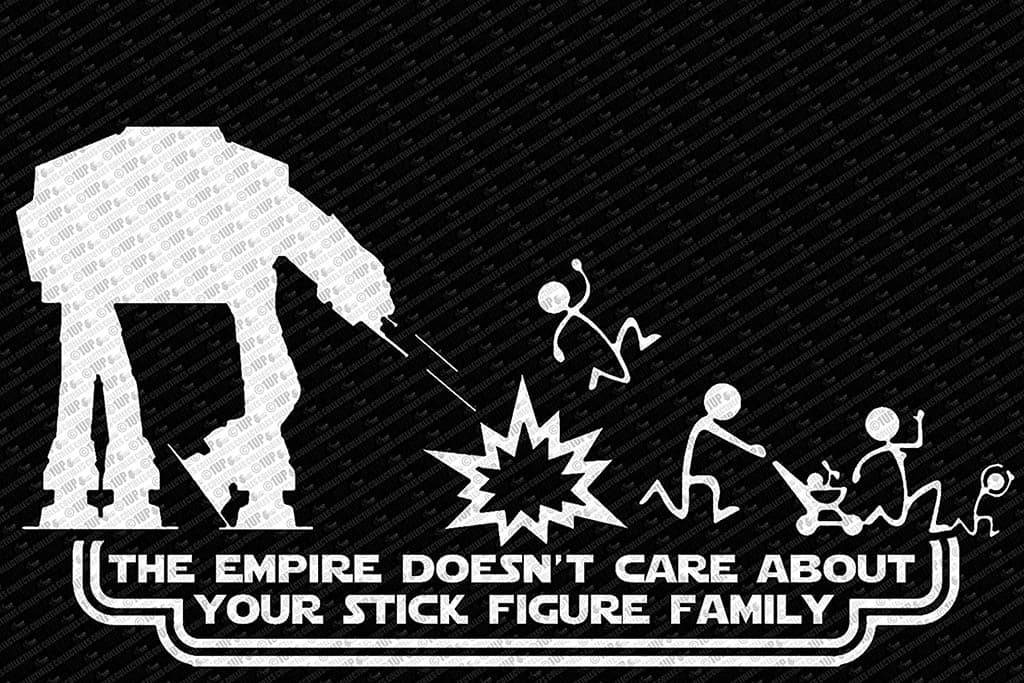 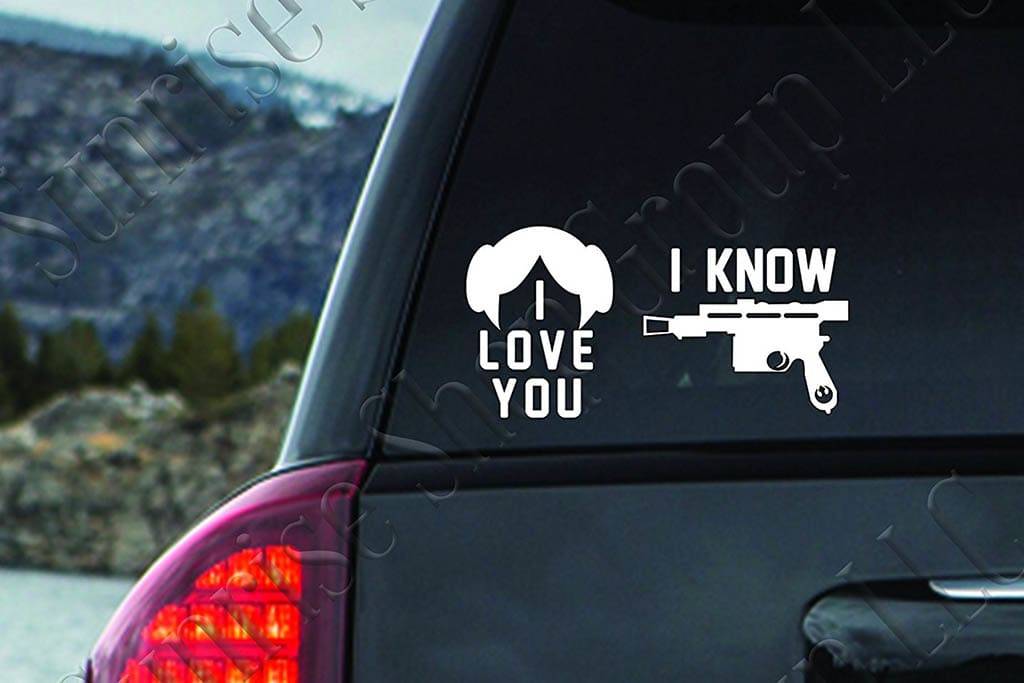 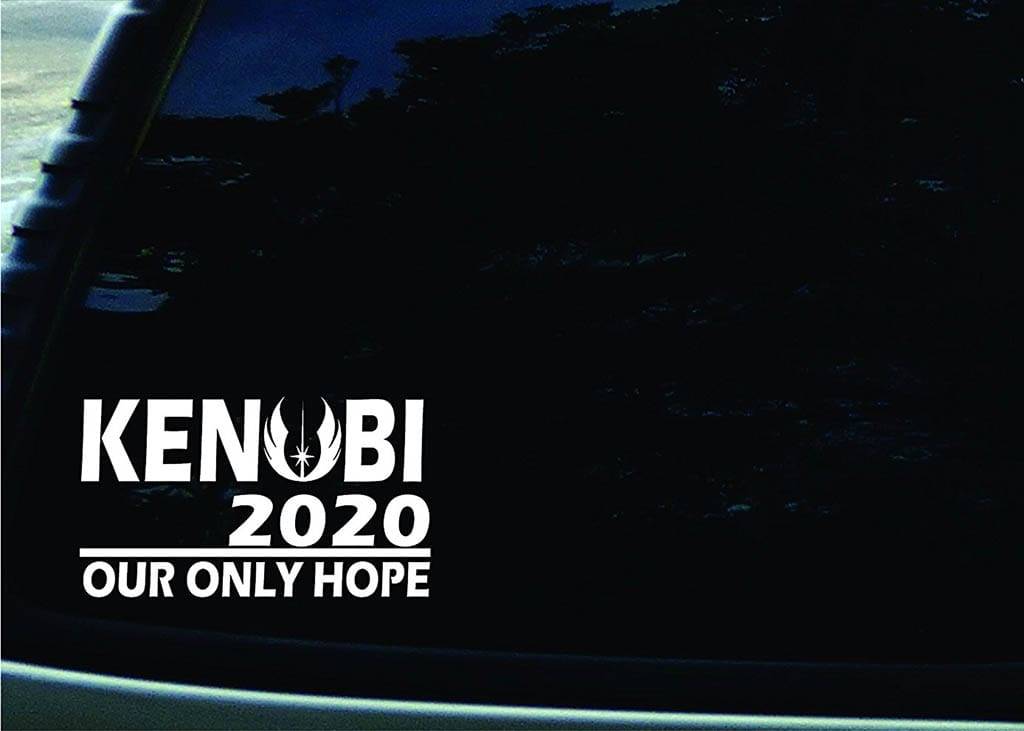 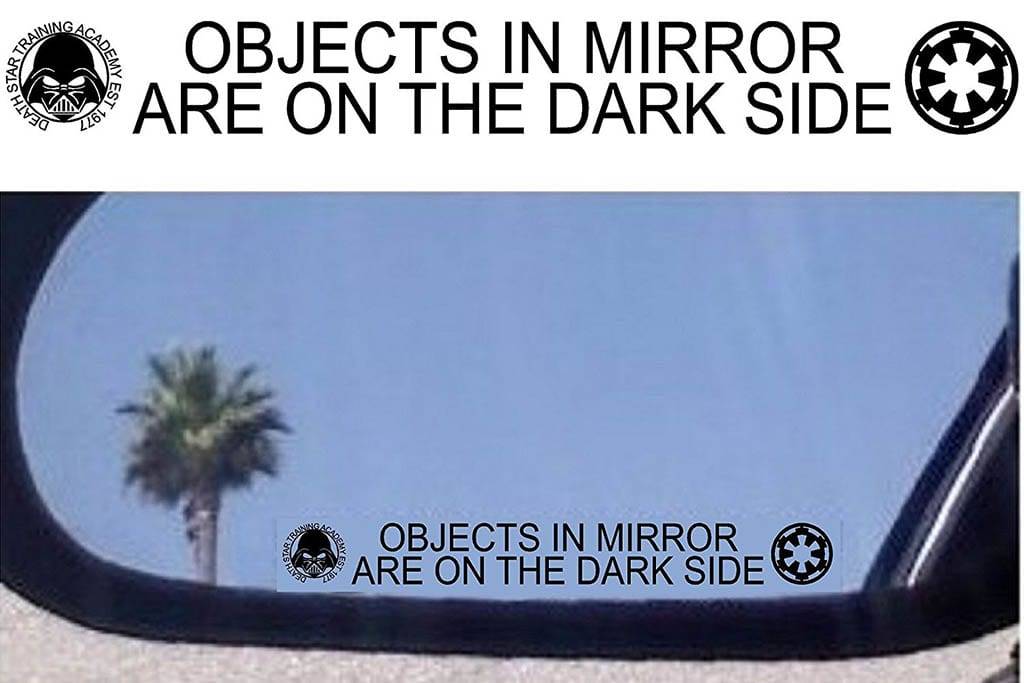 Call us petty and spiteful, but we love a sticker that sticks it to those stick-figure families so many of you affix to your rear windshield. And for just such “Star Wars” snark, these stickers are where it’s AT-AT. 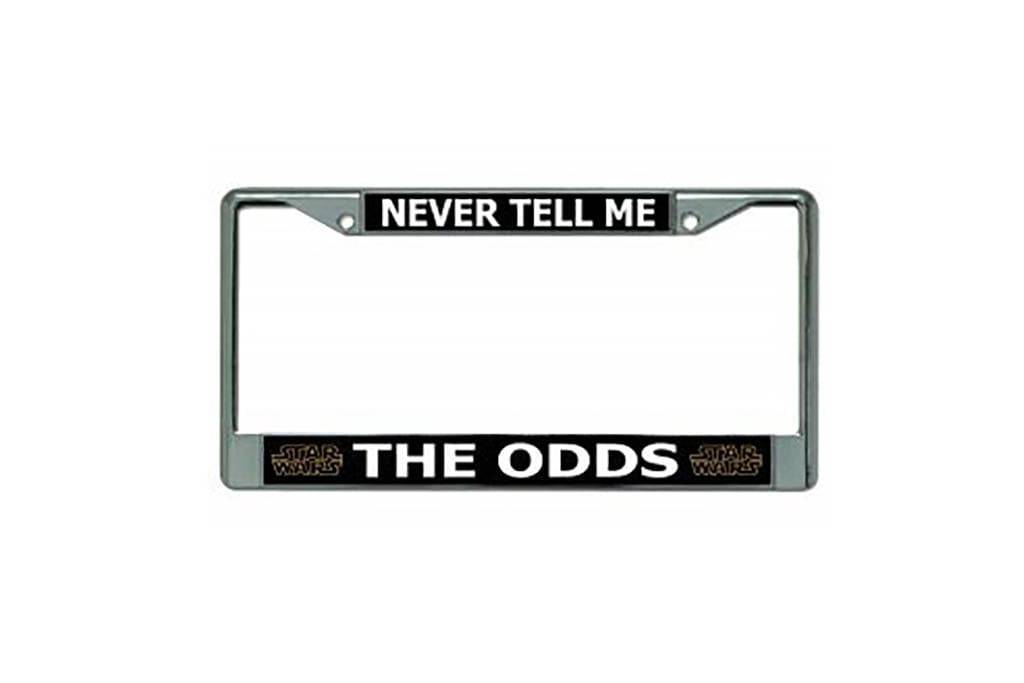 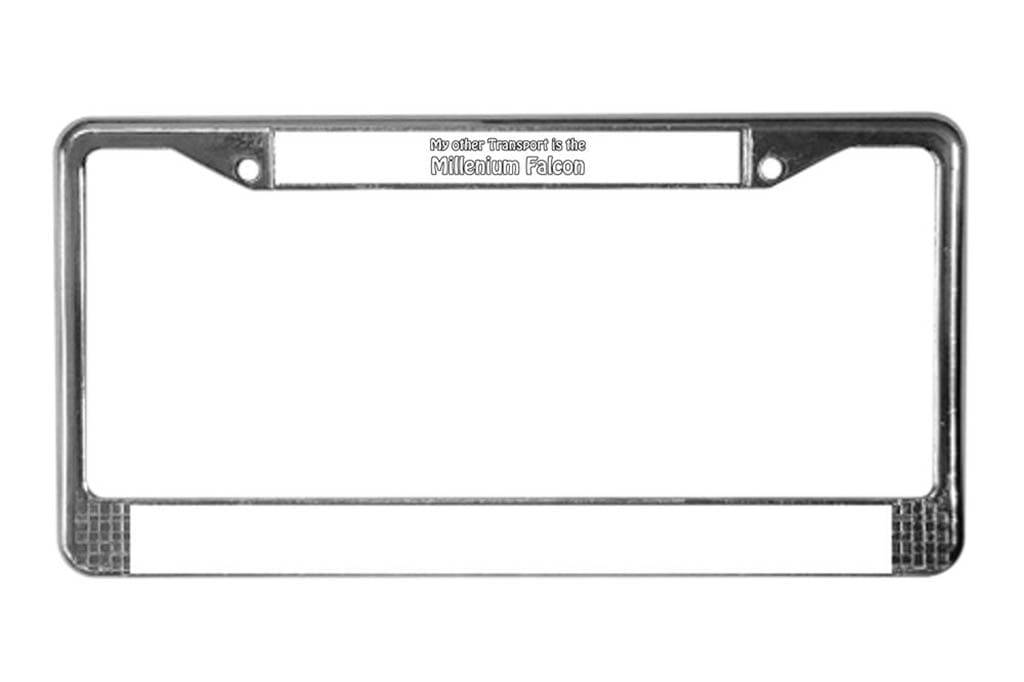 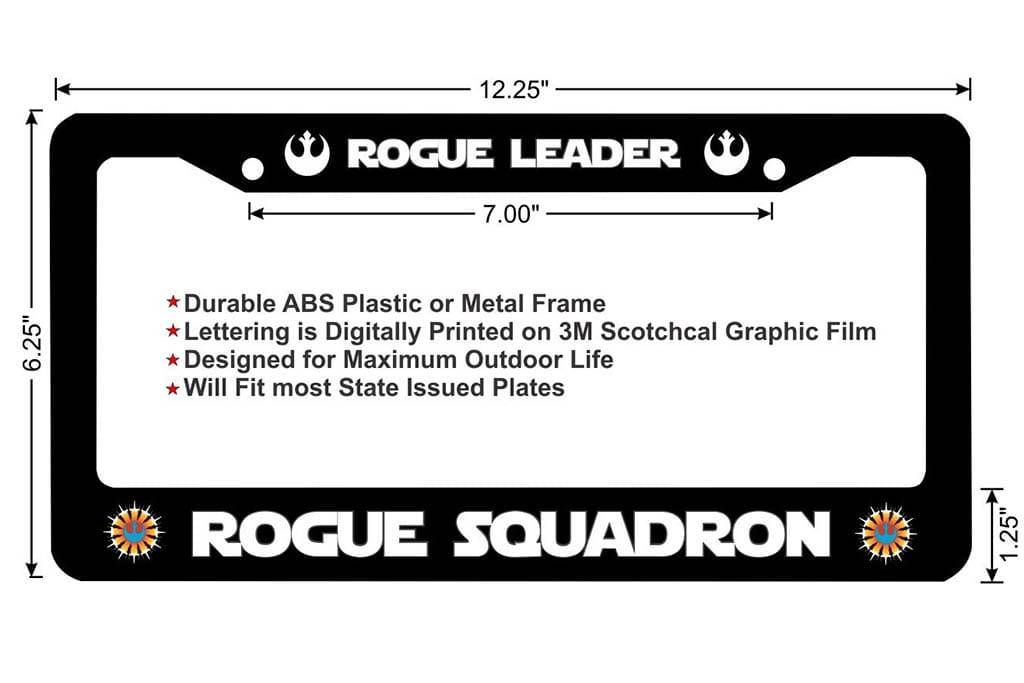 This is a fun, far subtler way to pledge your allegiance to the Rebel Alliance. And for our money, it doesn’t get any cooler than Han Solo saying, “Never tell me the odds” — though it’s not nearly as cool when Harrison Ford says it as he’s about to land a plane.

If we can’t be co-piloted in real life by The Best “Star Wars” Character of All Time, we can at least feel close to our furry, friendly-yet-ferocious friend with this Chewbacca bandolier seat belt cover. (Laser crossbow sold separately.)

We’re not really sure about the legality of this one, but as you pull away when the light turns green, it’ll look like the opening crawl from the movies to the driver behind you — bonus points if you blast the Main Title track from John Williams’ iconic score as you hit the gas.

Sure it’s a little clumsily ironic to shade your car’s interior from the Tatooine-like sun with a sunshade depicting a mercury-challenged planet that can freeze a frickin’ tauntaun solid. But, no offense, it’s almost guaranteed that Luke Skywalker sitting in the cockpit of your car looks cooler than you do. (Pour one out for Dak, the Goose to Luke’s Maverick.)

He’s no R2-D2, but BB-8 is adorable, more pragmatically designed and he’ll charge your Droid while you drive.

If you cover the hood of your BMW with an Imperial Stormtrooper sticker, we won’t be held responsible for what happens next — but no one will be able to question your commitment to “Star Wars” geekdom.

Install this LED gadget in your cigarette lighter and it’ll project a “ghost shadow” image of Darth Vader on your ceiling, so you’ll have the Sith Lord looking down upon you as you drive. Kind of the opposite effect of a St. Christopher dashboard statuette — but way more badass. 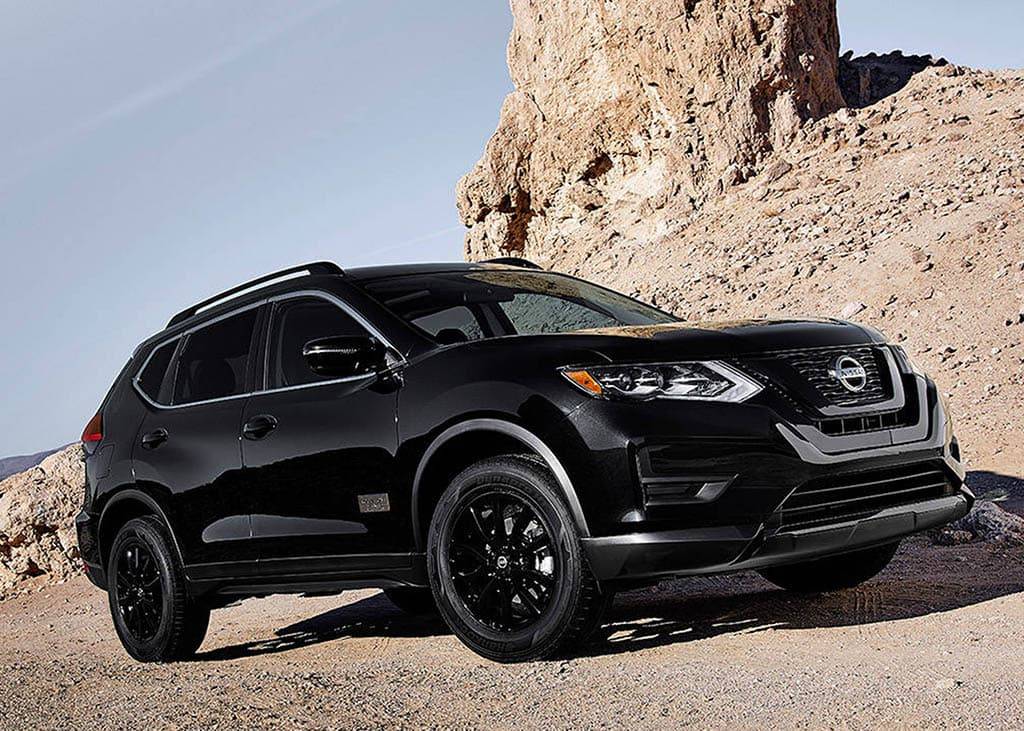 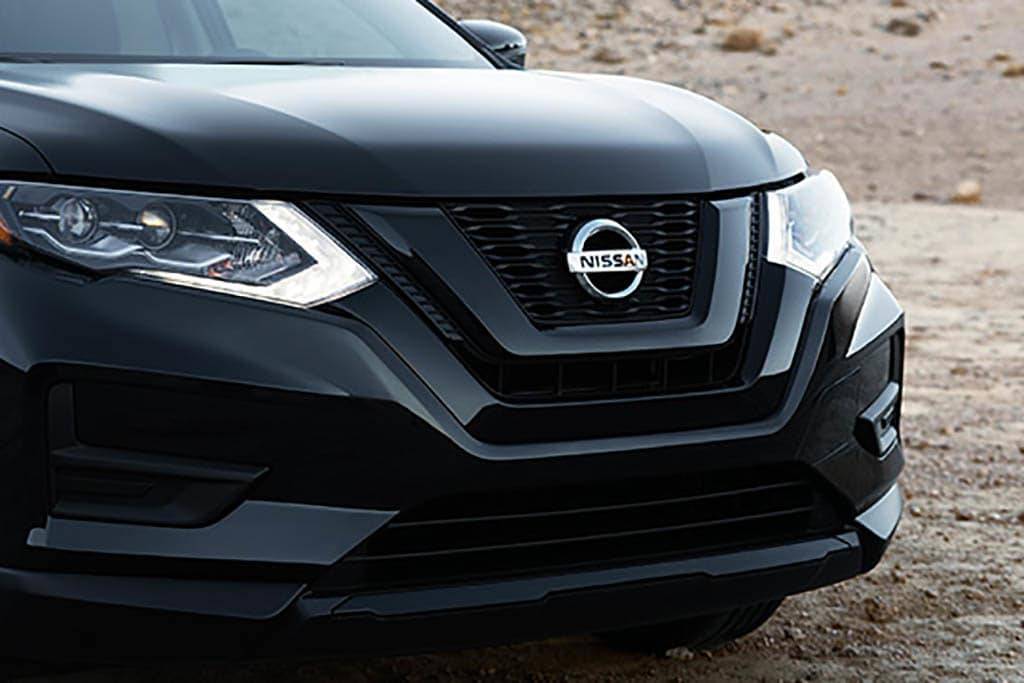 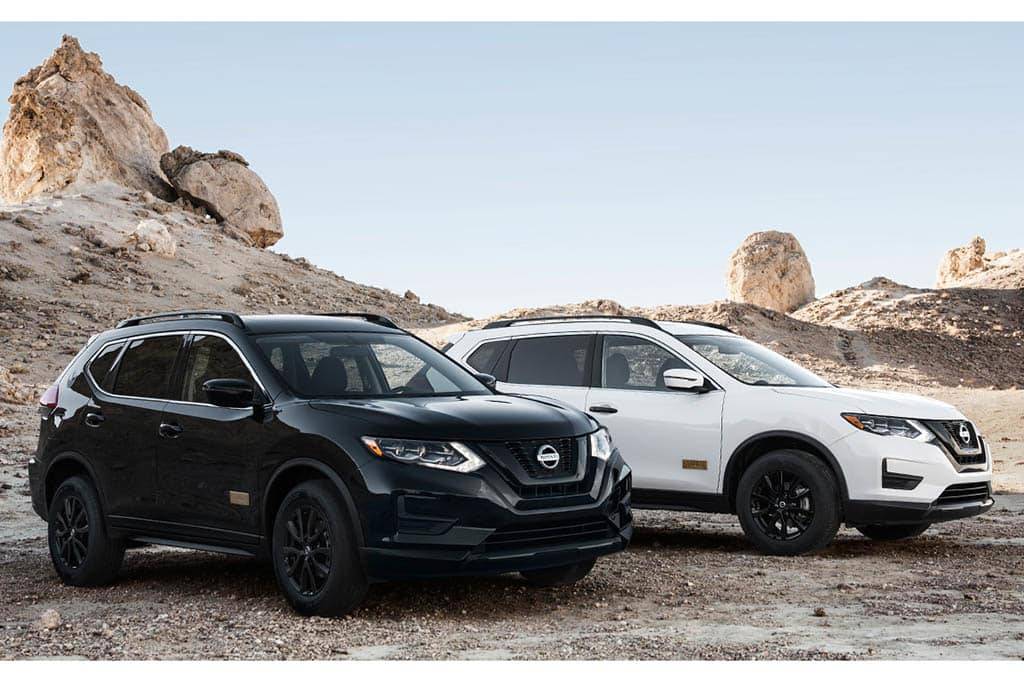 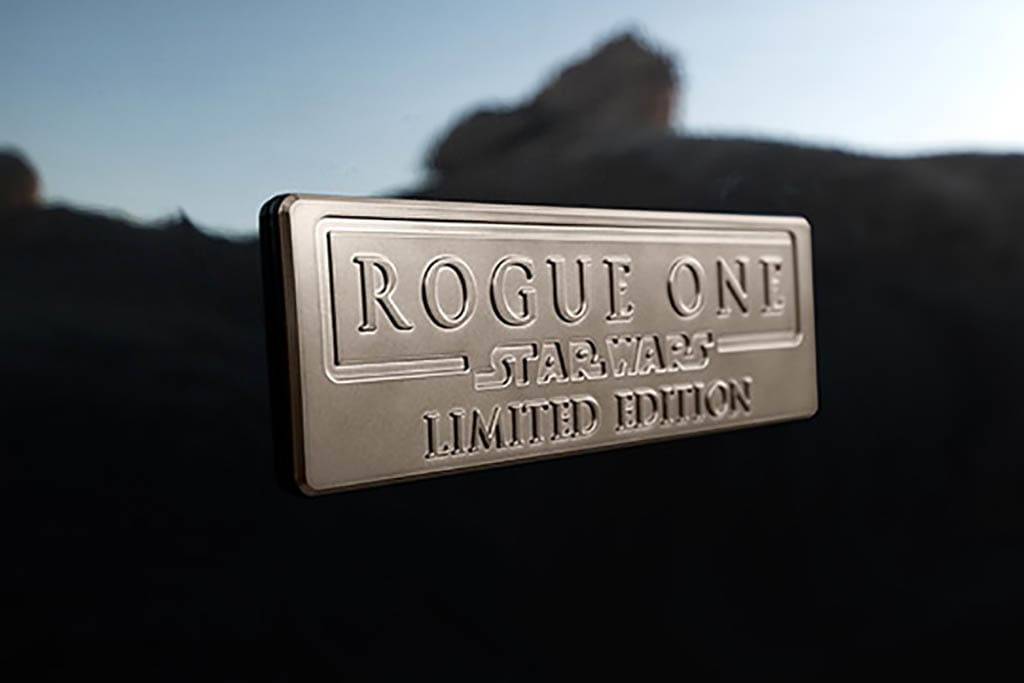 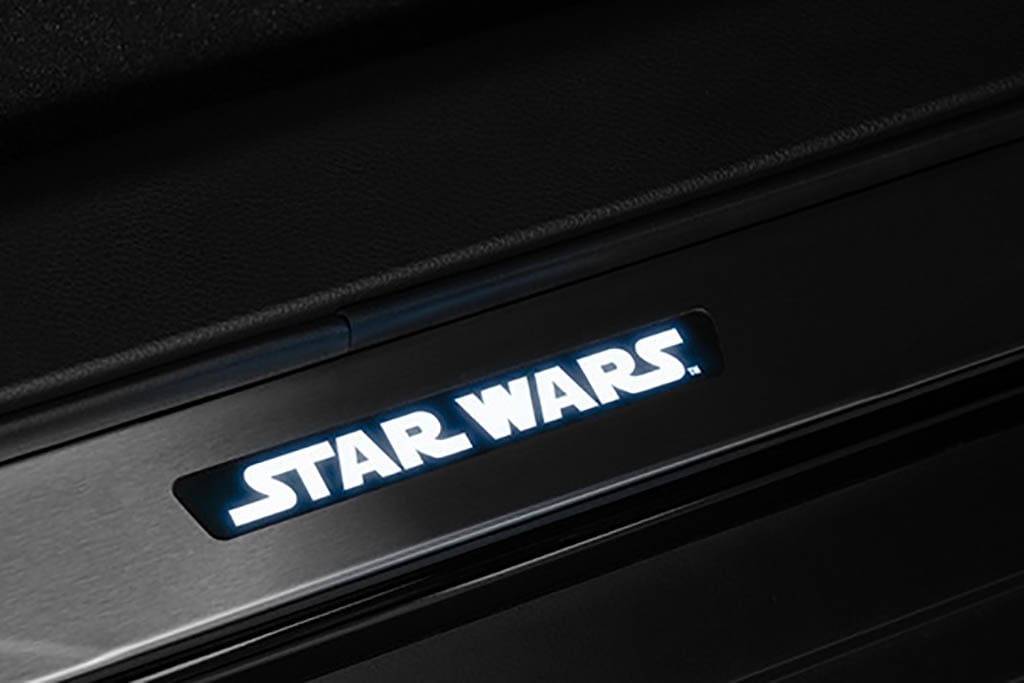 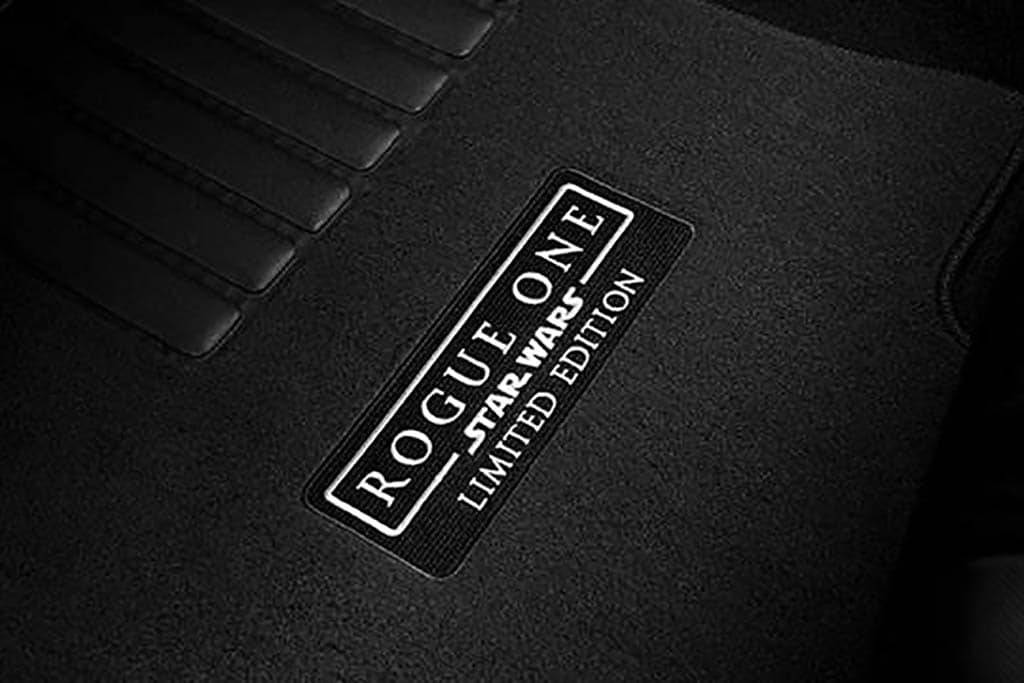 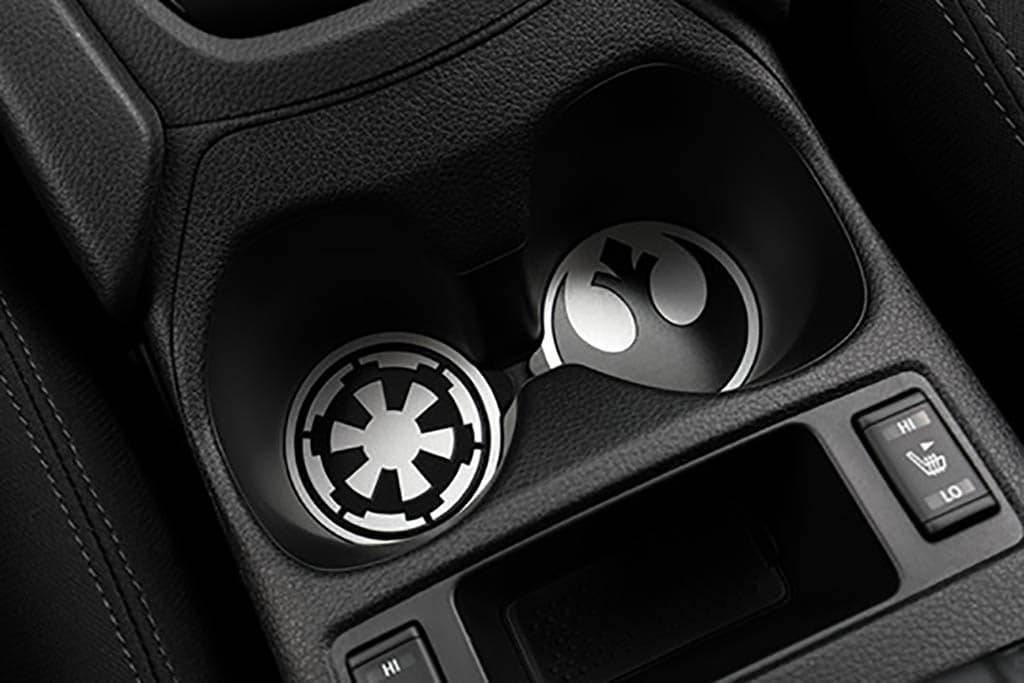 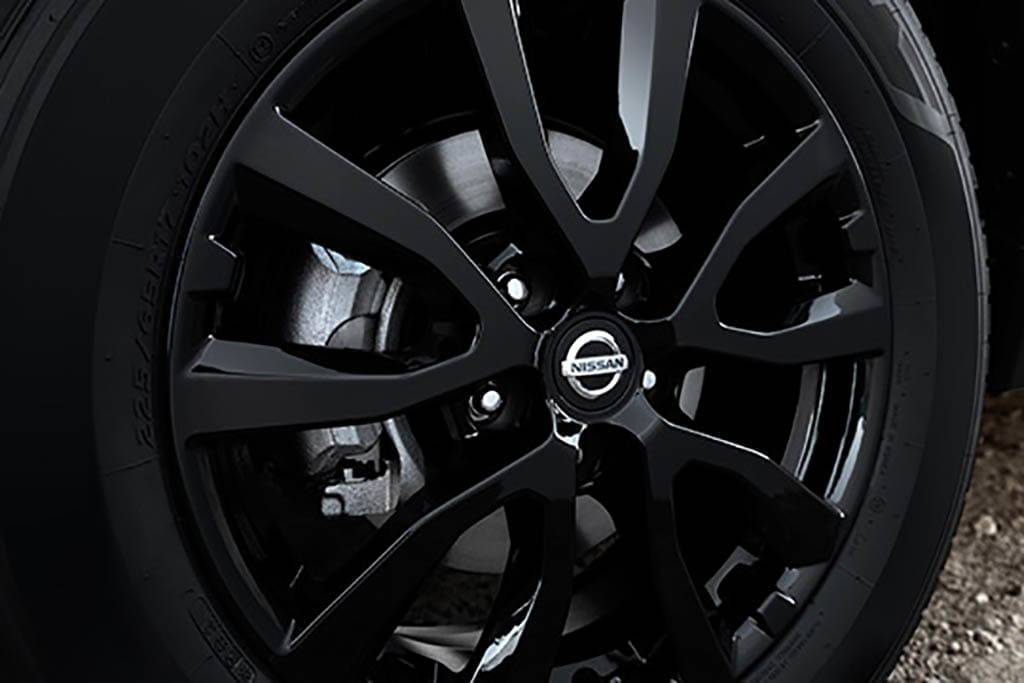 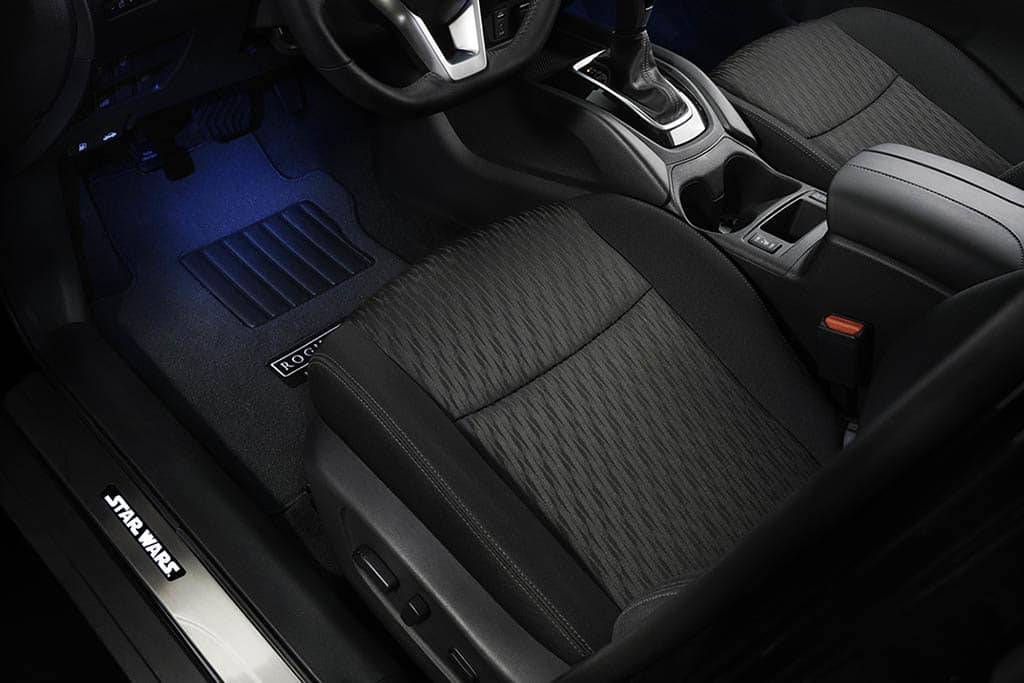 Nissan debuted the 2017 Nissan Rogue One Star Wars Limited Edition in November at the 2016 Los Angeles Auto Show. This black-or-white cross-promotional Nissan Rogue model is tricked out with varied badges, logos and accessory allusions to the blockbuster “Rogue One: A Star Wars Story” film. Starting at just a hair less than $30,000 including destination — putting this piece of moving memorabilia beyond “40-Year-Old Virgin” territory — it comes standard with a Death Trooper replica helmet, and Nissan promises that no more will be produced beyond the original run — so if you can still get one, you better make the Kessel Run in less than 12 parsecs before it’s gone.