CARS.COM — Low gas prices have sparked a popularity explosion for SUVs and large family haulers. And while the need for space is real for many families, the need to keep that space affordable is a real issue, too. We crunched the numbers and looked at which vehicles give you the maximum cargo space for the minimum amount. Here are 10 that offer loads of room for the money. All prices include destination fees.

Except for delivery-style cargo vans, minivans are the most space- and cost-efficient class with low entry-level prices and a box-on-wheels shape ripe for filling with grocery bags and strollers. The Sedona is Cars.com’s reigning Ultimate Minivan and tops the list on a technicality: Dodge’s Grand Caravan is less expensive and roomier, but it scores a poor in the Insurance Institute for Highway Safety’s small overlap front crash test. The Sedona steps in with nearly as much cargo space, but a higher price. The Sienna has the most cargo space in the segment but an even pricier starting point. The Sedona earned a top IIHS rating of good in the difficult-to-pass small overlap front test and the Sienna earned a score of average for 2016; the 2017 has not yet been tested.

The Traverse appeals to buyers looking for near-minivan interior room from an SUV. The Traverse’s 116.3 cubic feet of maximum cargo room embarrasses similar SUVs such as the Honda Pilot, Ford Explorer and Mazda CX-9. The Flex’s 83.2 cubic feet isn’t as expansive as the Traverse’s, but its quirky, rectangular shape leaves a lot of easily accessible room on the inside thanks to its low ride height.

Coming closest to the mammoth size of a minivan’s cargo area are full-size, truck-based SUVs with 100 percent more heavy-duty equipment underneath the cargo-friendly body. The Expedition EL has 130.8 cubic feet of maximum cargo space in the Expedition’s extended-wheelbase chassis. Even though the EL is a $50,000 SUV, the Expedition has more space for the money than competitors such as the Chevrolet Suburban and runner-up Sequoia, even if just by a hair.

The Forester has impressive safety scores and cargo numbers. It has 74.7 cubic feet of cargo space and its tall upright shape and low load floor makes for easy access while its wide cargo opening helps ease loading. The Rogue has an available third row, but the two-row Rogue is the star with its ingenious, multitiered cargo management system.

Midsize sedans may lack the utility of an SUV, but they’re plentiful, relatively inexpensive and some pack generously size trunks. The Sonata’s 16.3 cubic feet of cargo space is the largest of the class and the Malibu comes in as the value position with 15.8 cubic feet and a lower starting price than many competitors.

We used a vehicle’s maximum cargo room and base price to find which cars charge the least per cubic foot of cargo space. Our selections did not always have the most overall cargo space in their segment, but they provided the best bang for the buck in cargo value. And because safety is important, vehicles that failed the IIHS small overlap front crash test were excluded.

Also note that cargo room isn’t comparable between sedans and SUVs because it is measured differently. Read more about how numbers can be misleading here. Regardless of the numbers, we have tested the above vehicles and they stack up well in the real world. However, when car shopping, be sure to bring cargo-gobbling items such as a stroller or an upright bass along on the test drive to make sure the vehicle works for you. 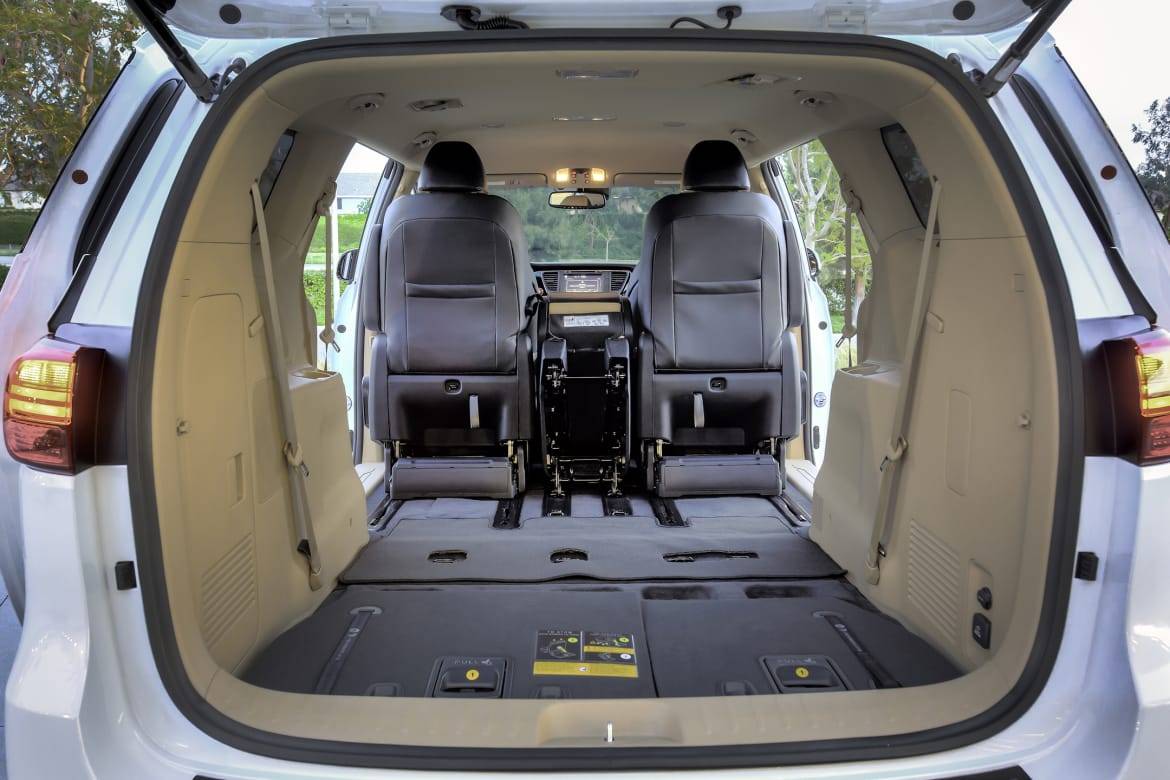 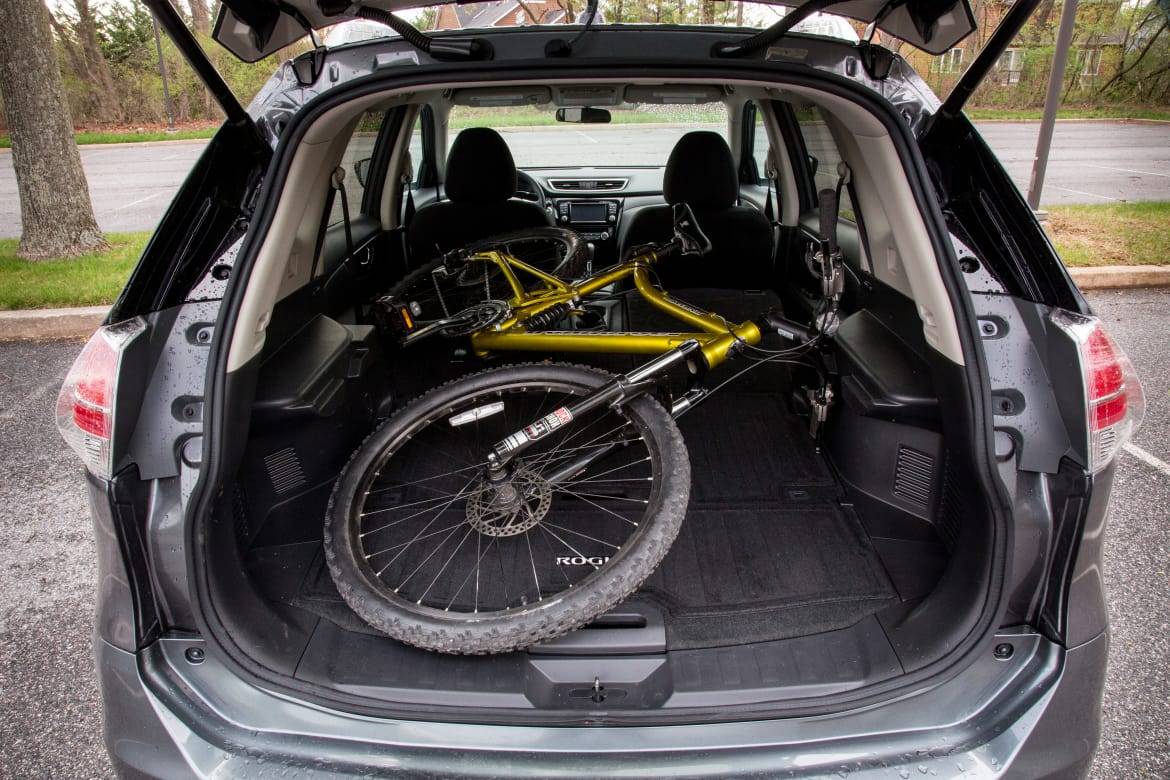 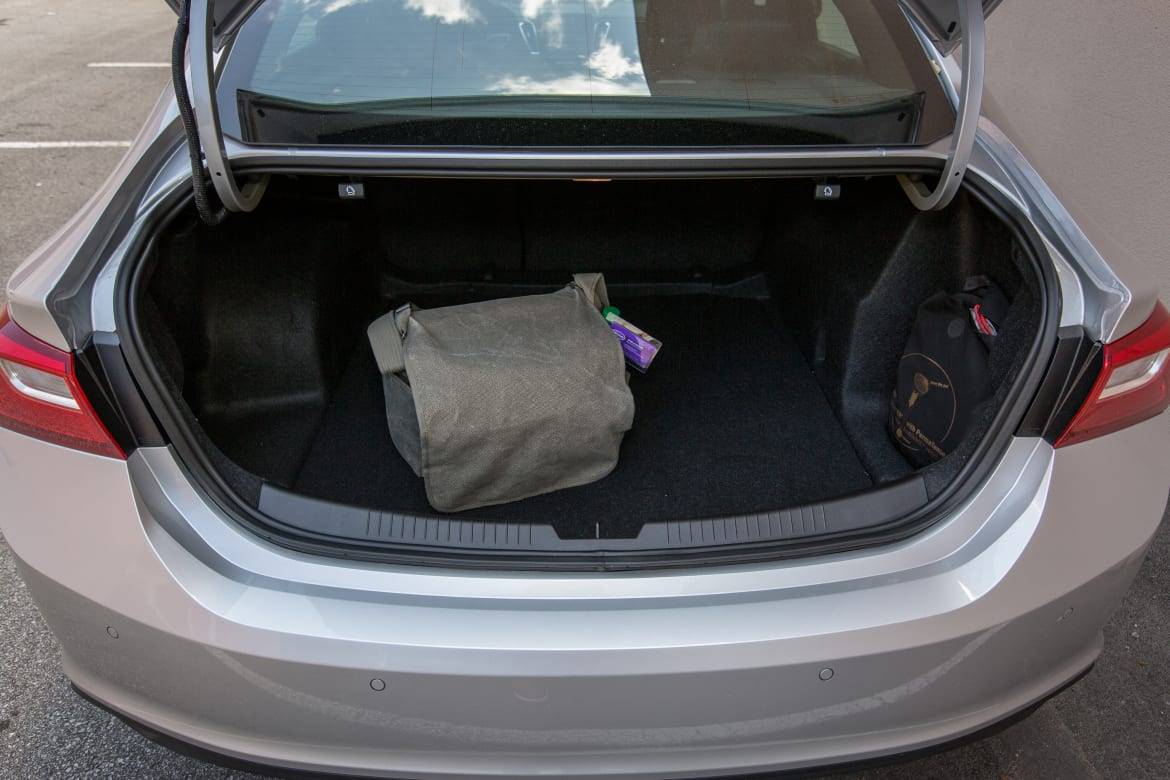 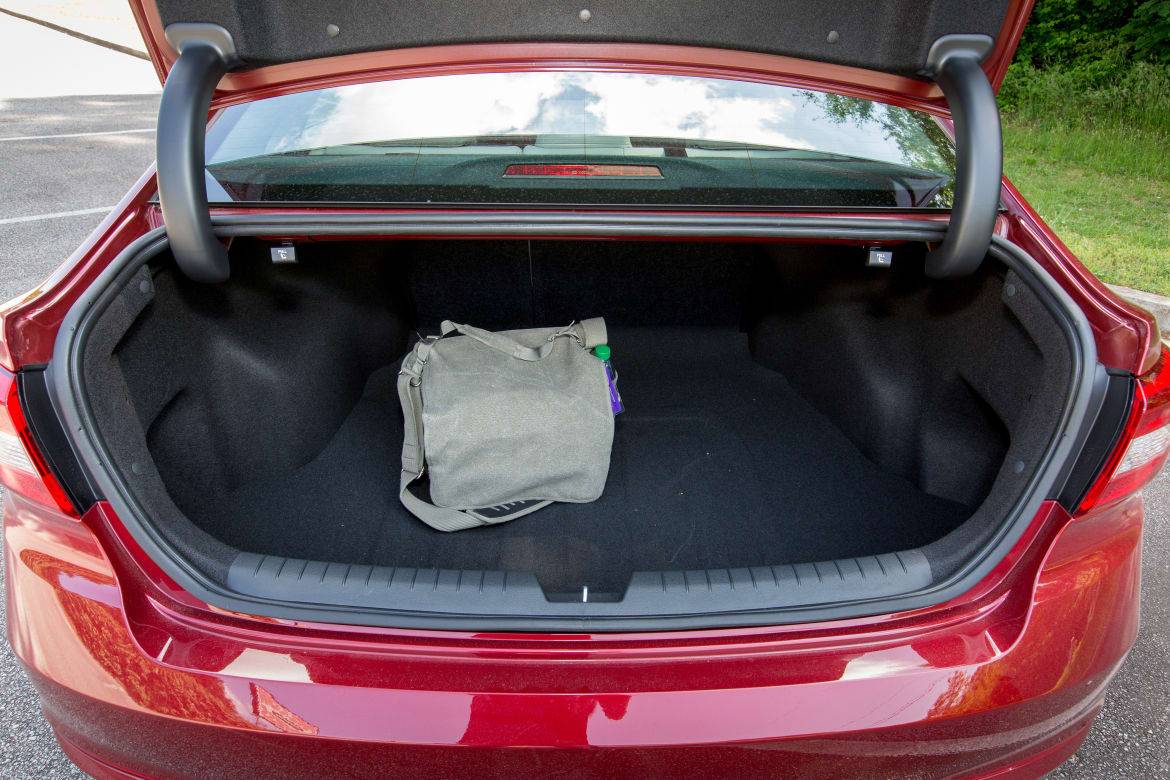 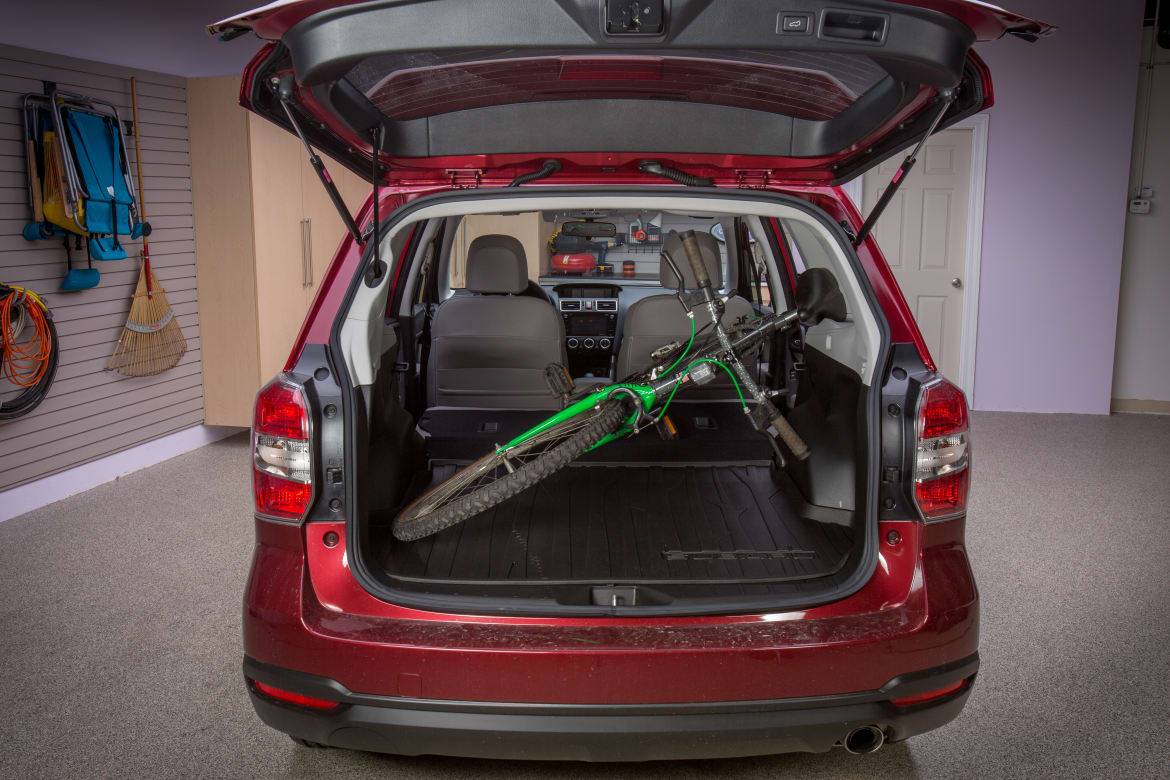 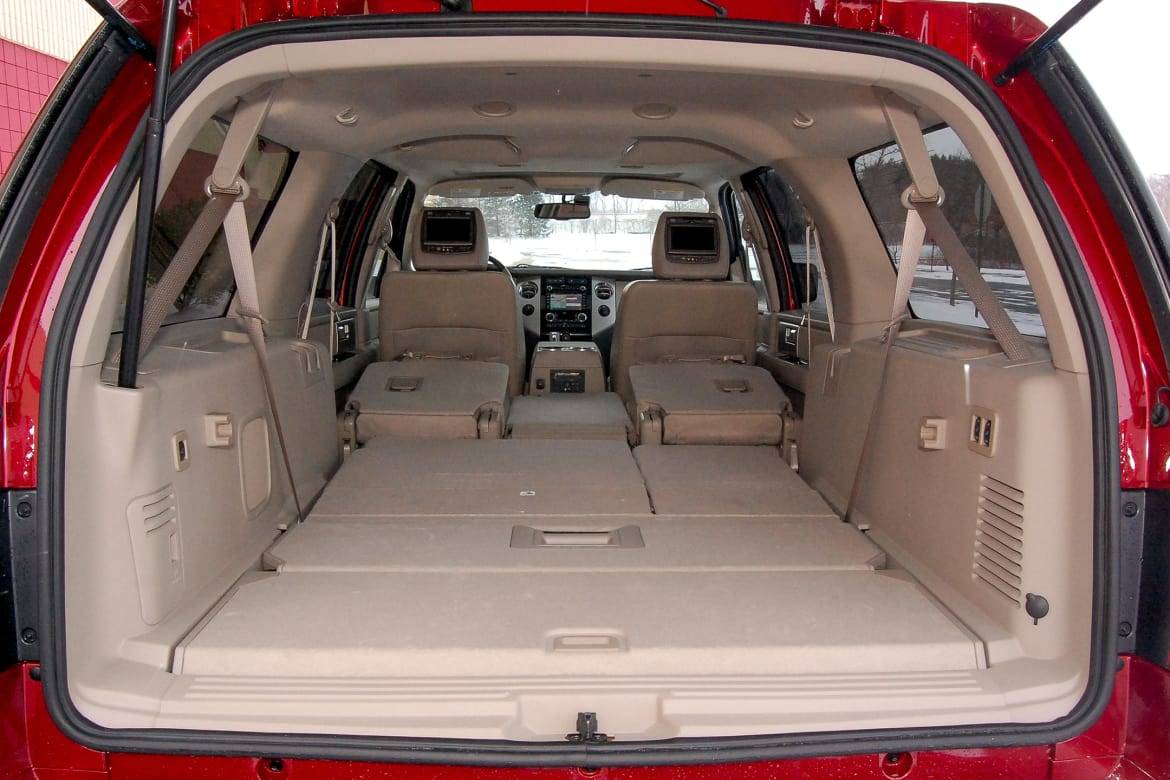 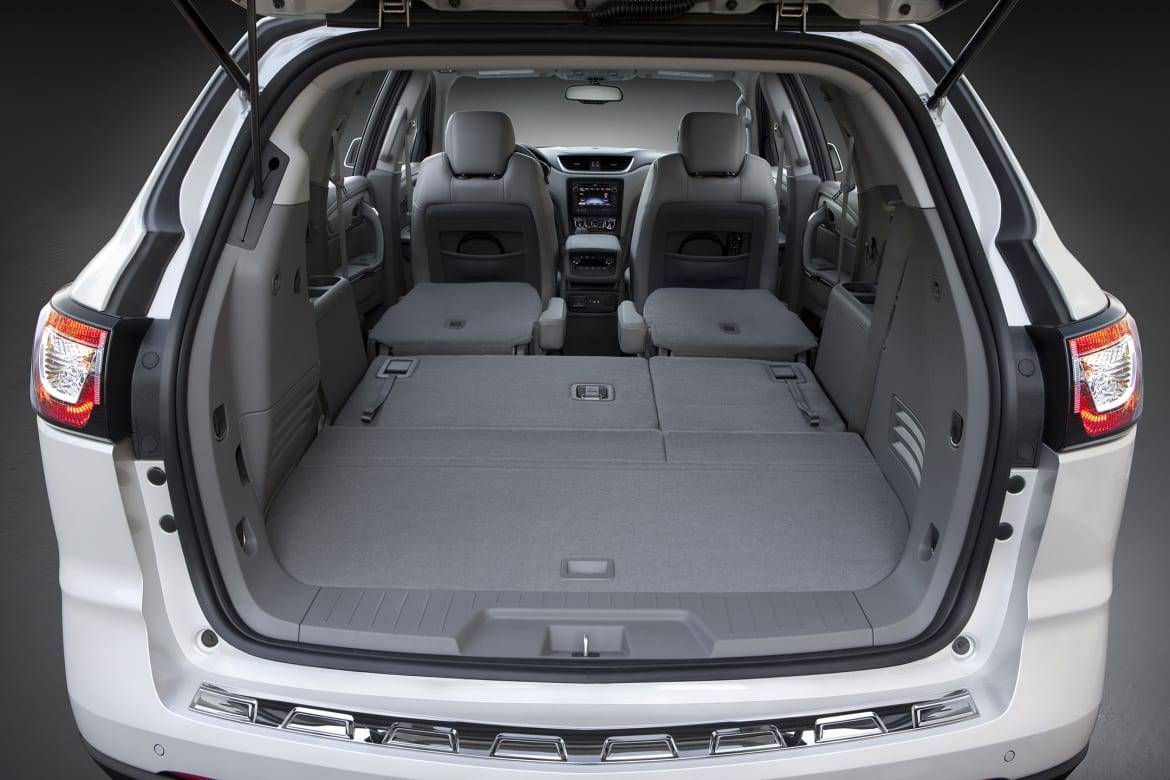 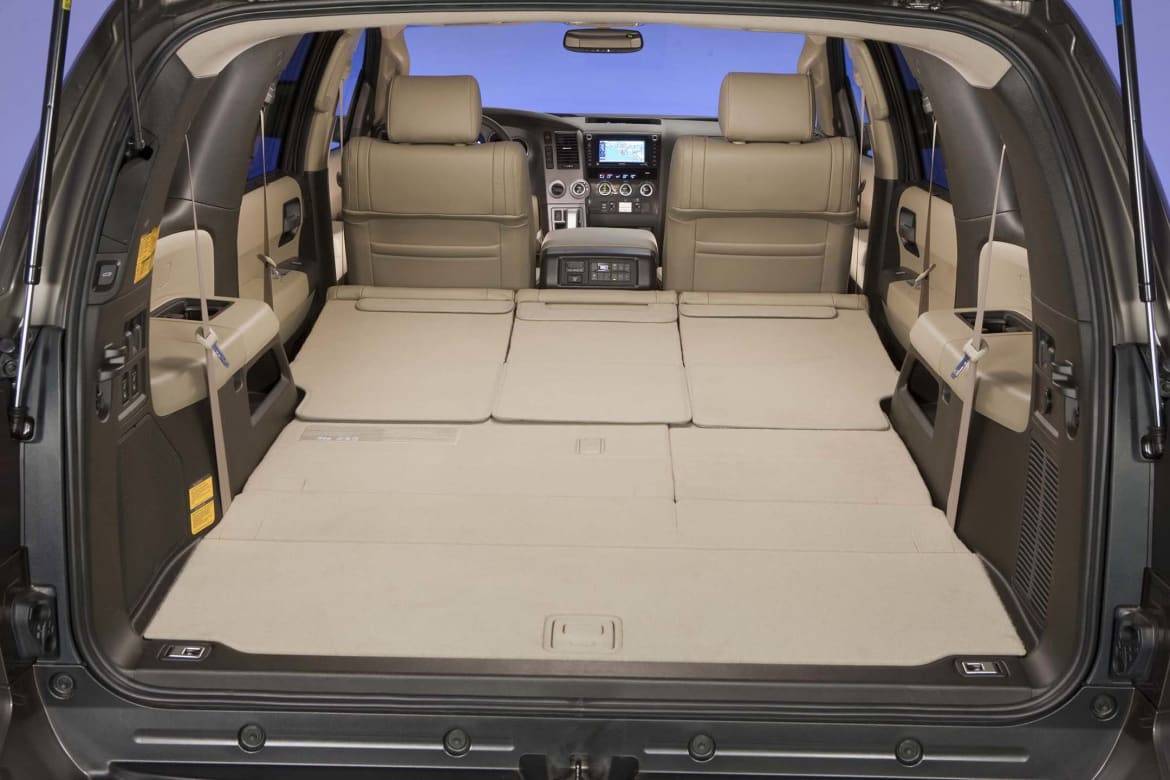 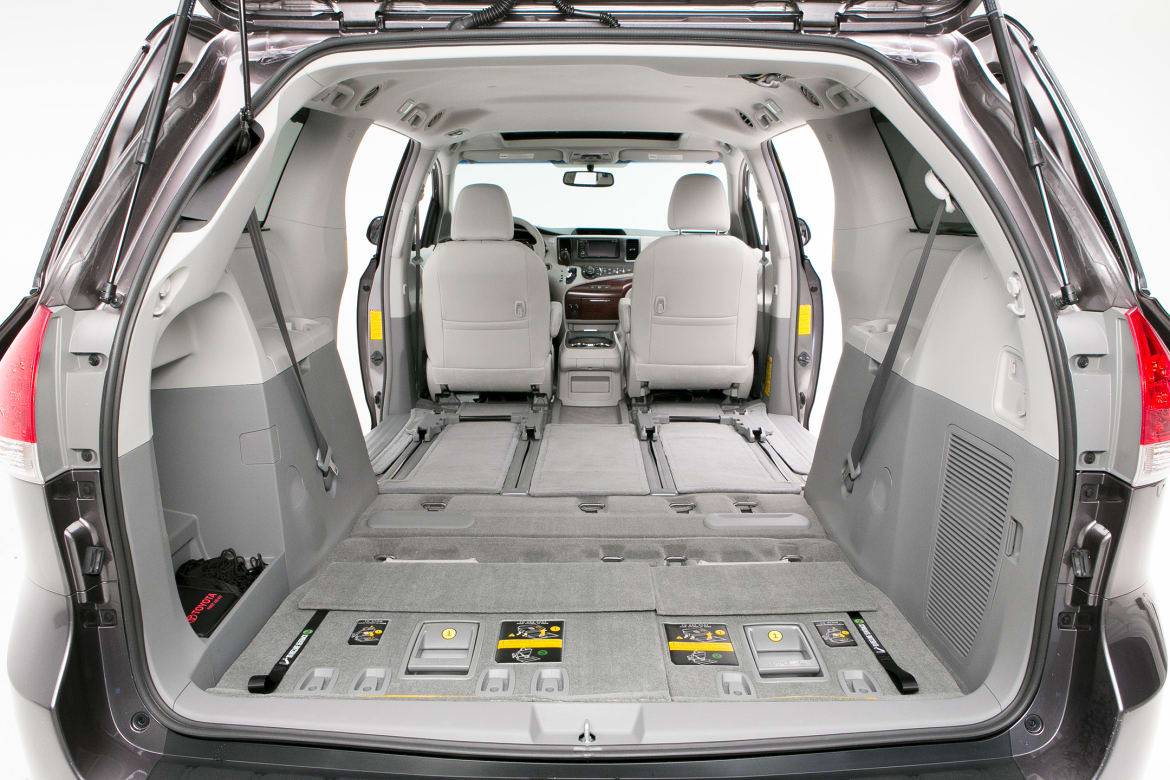 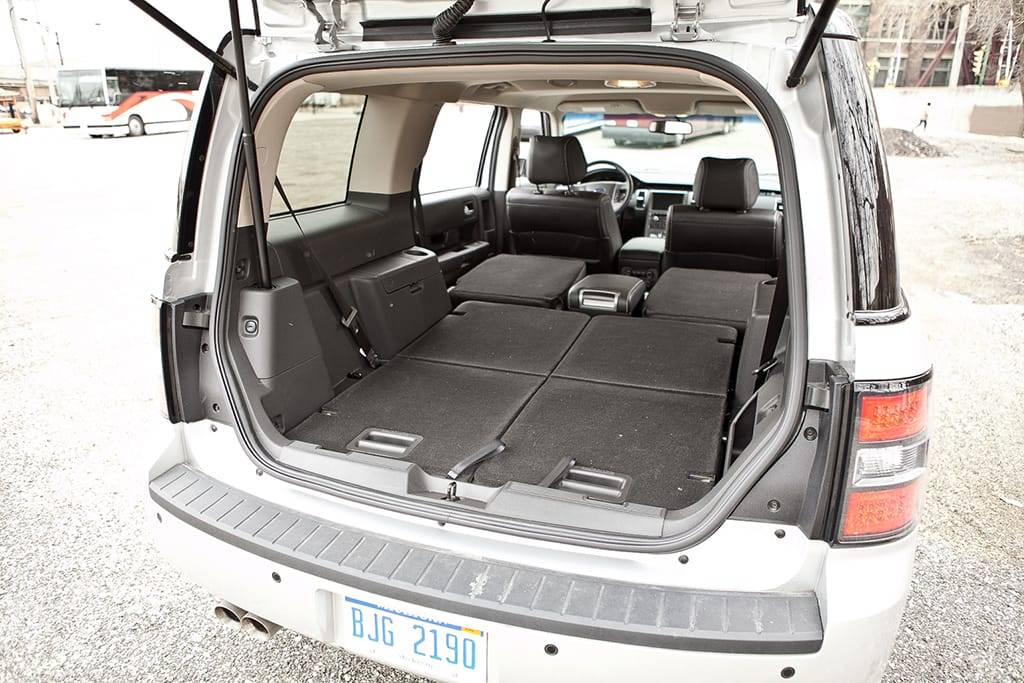