Looks like: An evolution of every 911 Targa that’s come before it

Powertrain: Two versions of a 3.0-liter twin-turbo six-cylinder making 379 horsepower in the Targa 4 and 443 hp in the 4S; standard eight-speed dual-clutch automatic transmission, with a seven-speed manual option for the 4S

The newly revealed 2021 Targa 4 and 4S are the latest and last body styles of the newest generation of Porsche’s iconic 911 sports car to be announced (though we’re still waiting on a few more high-performance variants). The Targa body style — a coupe with a removable roof section for open-air driving — first appeared on the 911 in 1965, where it was marketed as a “safety cabriolet with supplemental roll bar.”

The latest generation of 911 Targas boasts the same performance and technological advancements as the rest of the 992 generation, including increased power, a standard adaptive suspension and an updated infotainment system.

Most of the 911 Targa looks identical to the current 992 generation coupe and convertible — until you get to the roof. There, Porsche has continued its commitment to the retro look of its Targa cars with a wraparound rear window behind a Targa bar that comes standard in silver but can be ordered in black. The roof panel automatically opens and closes in 19 seconds, according to Porsche.

Little has changed on the inside of the 911 Targa, which houses a central tachometer flanked by two digital gauge displays in the instrument panel and a 10.9-inch infotainment display. We’ve found the infotainment system’s graphics to be first-rate but the system itself to be a little more complex than we’d like, though spending enough time with it will make owners familiar with its quirks.

The Targa 4 and 4S are powered by versions of the current generation’s twin-turbo 3.0-liter boxer-six-cylinder engine. In the Targa 4, the engine produces 379 horsepower and 330 pounds-feet of torque, paired with Porsche’s PDK eight-speed dual-clutch automatic transmission. The Targa 4S ups the power figures to 443 hp and 390 pounds-feet, and can be mated to either the PDK system or a seven-speed manual transmission as a no-cost option.

Forward automatic emergency braking is one of the few standard safety features on the current generation of 911. Another is what Porsche calls Wet Mode, which detects water on the road and automatically adjusts the stability control for wet conditions while “a message in the instrument cluster provides a recommendation for the driver to manually switch to Wet Mode.” Other advanced safety features, including adaptive cruise control, are optional. 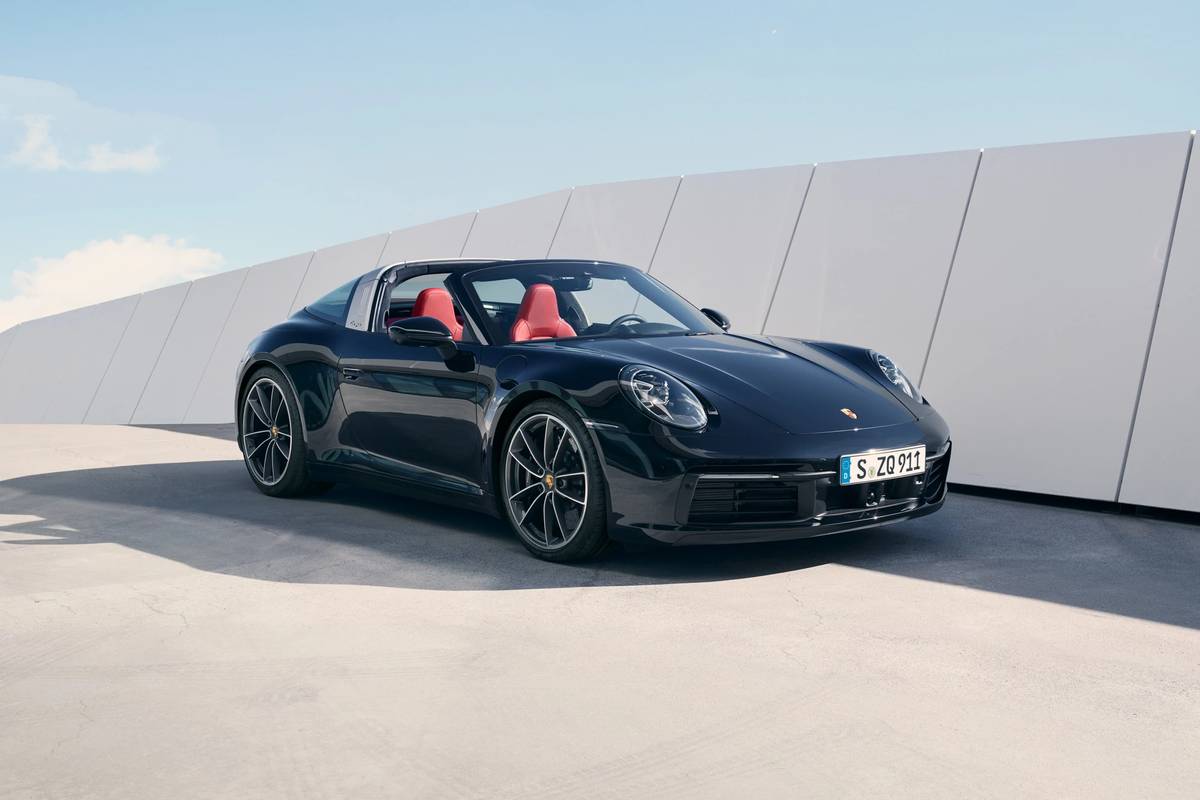 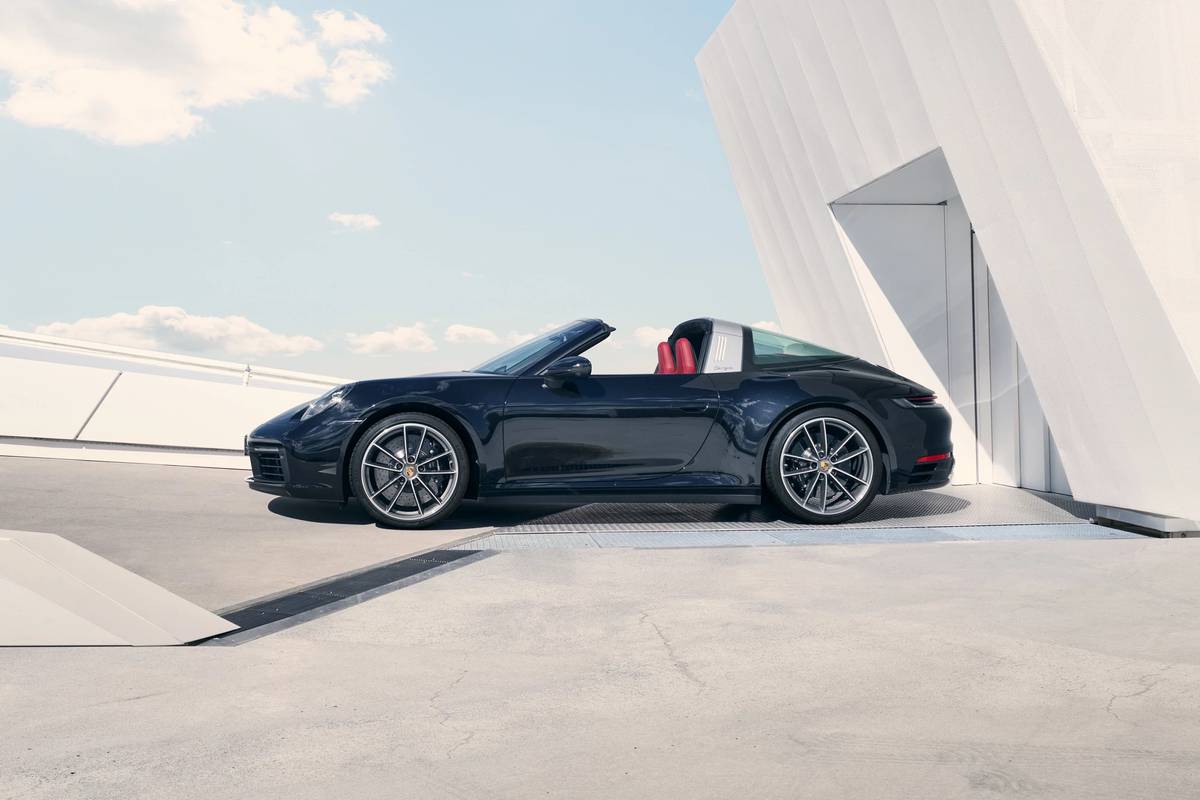 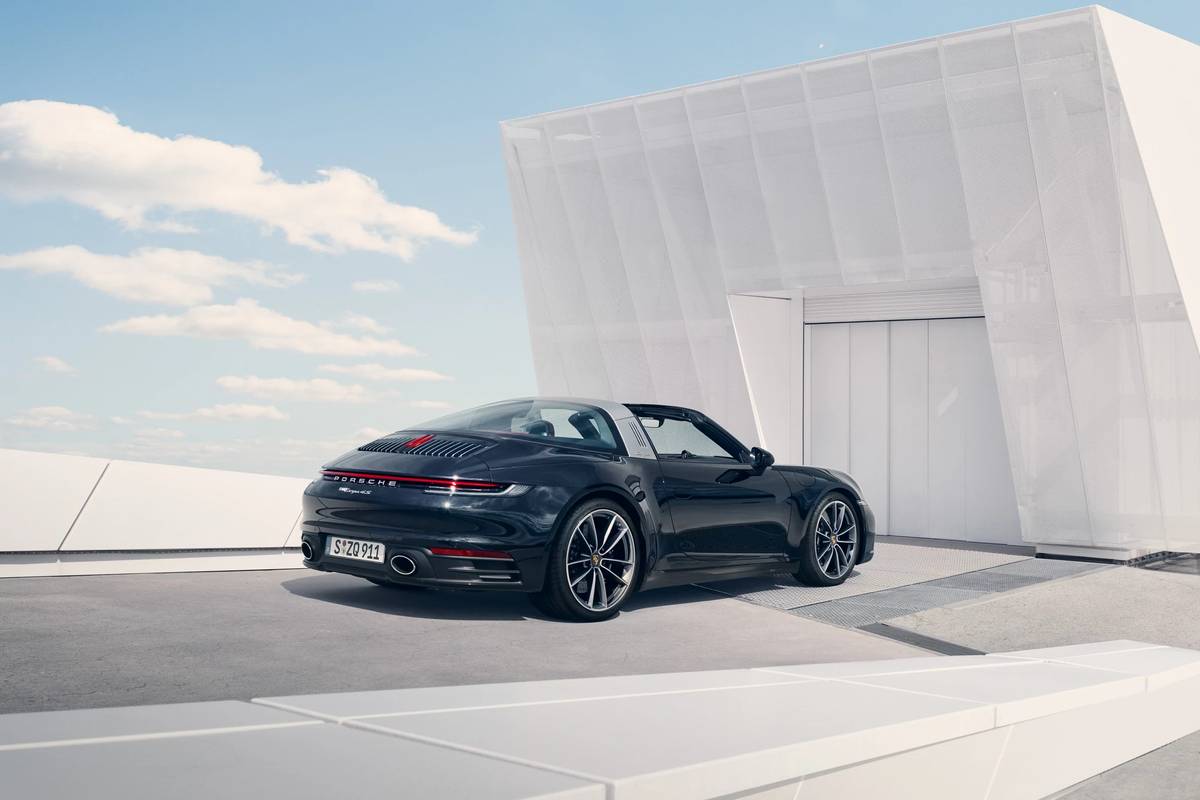