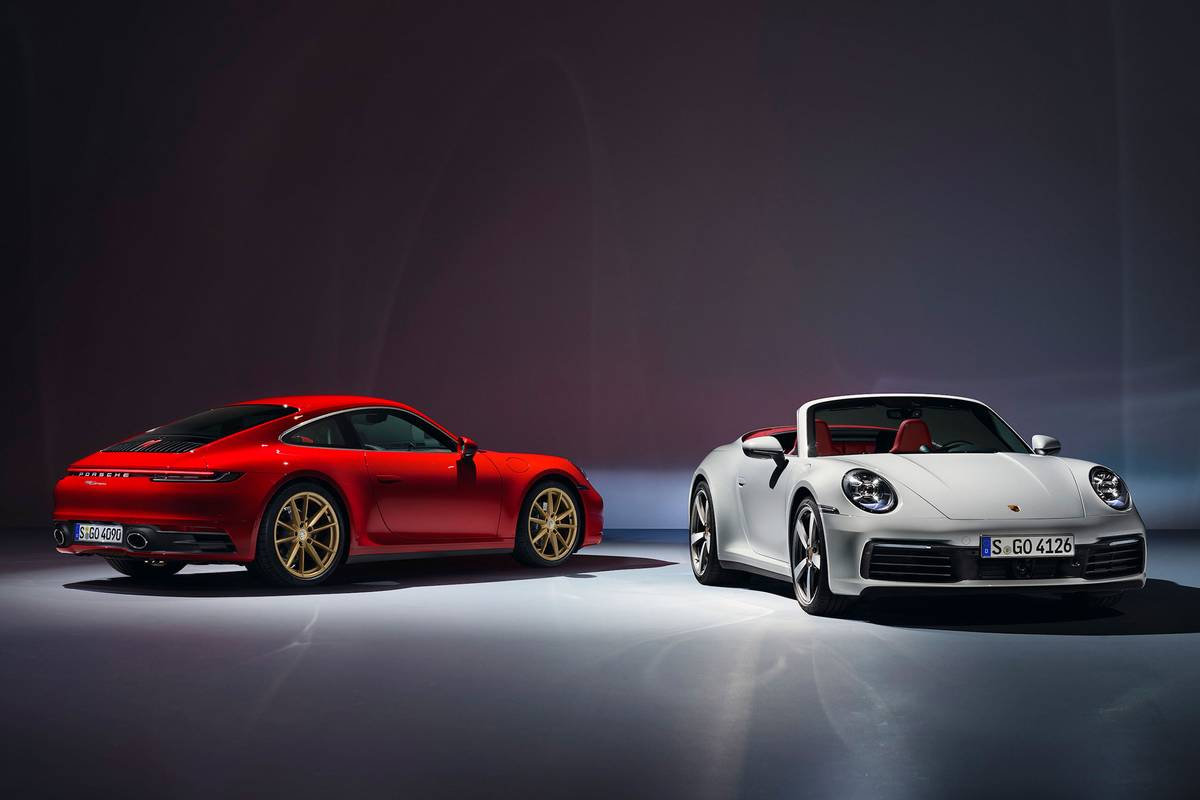 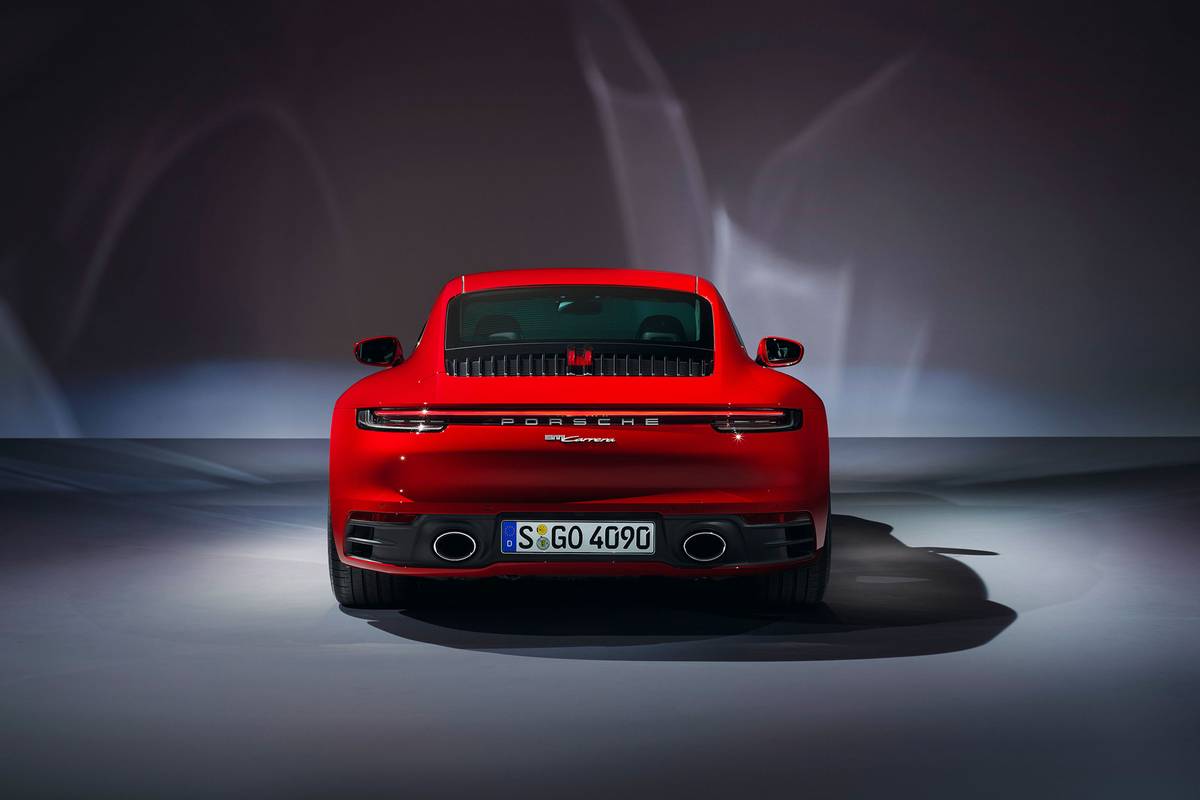 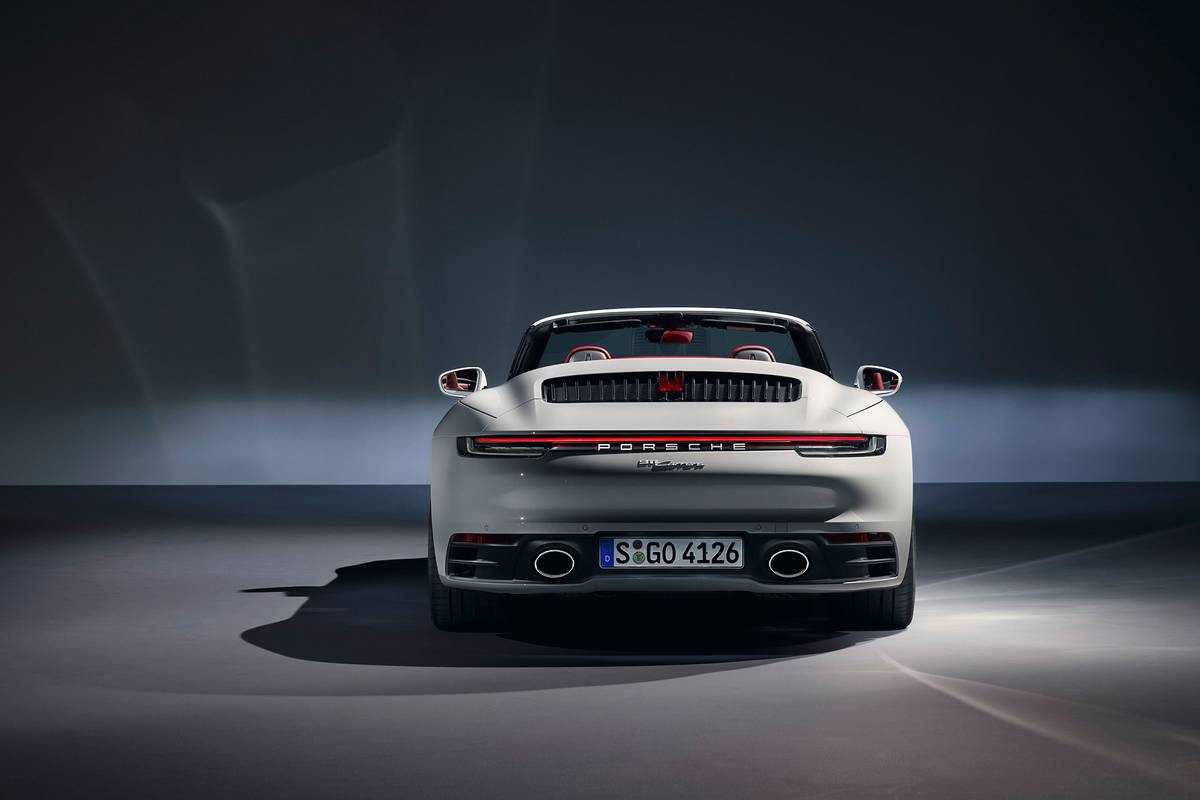 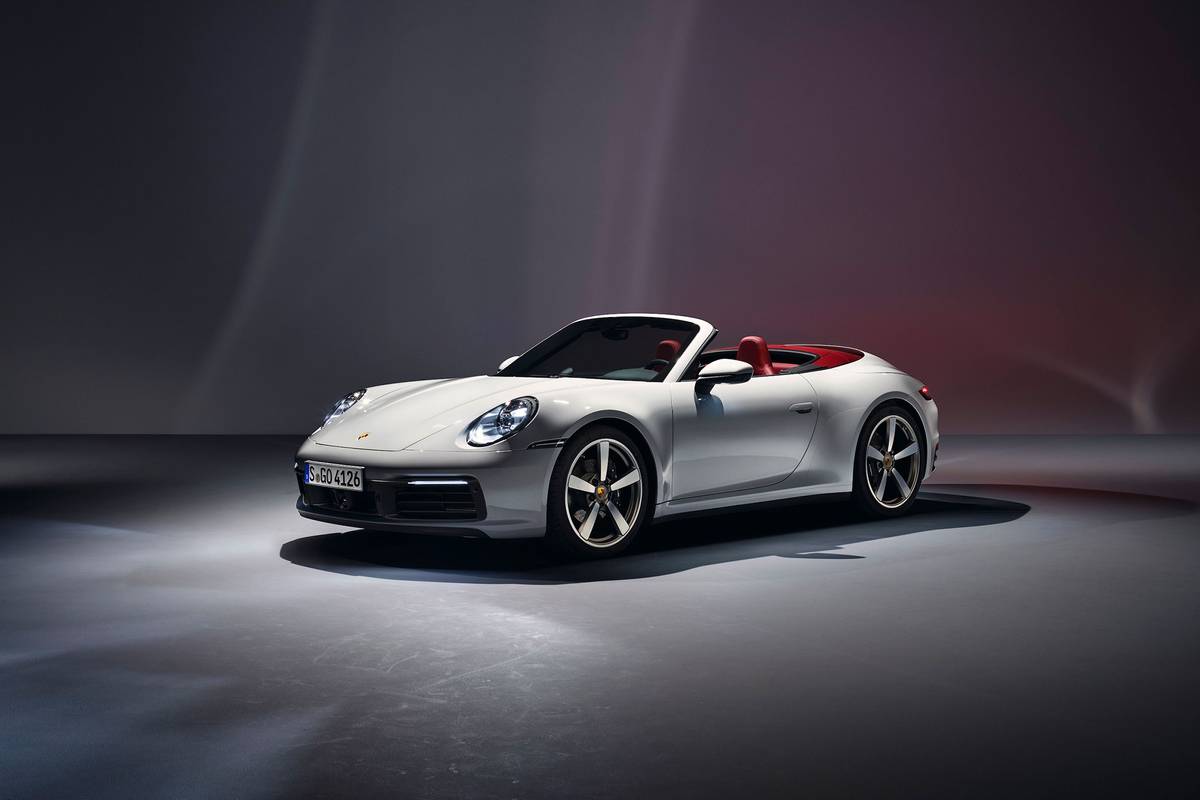 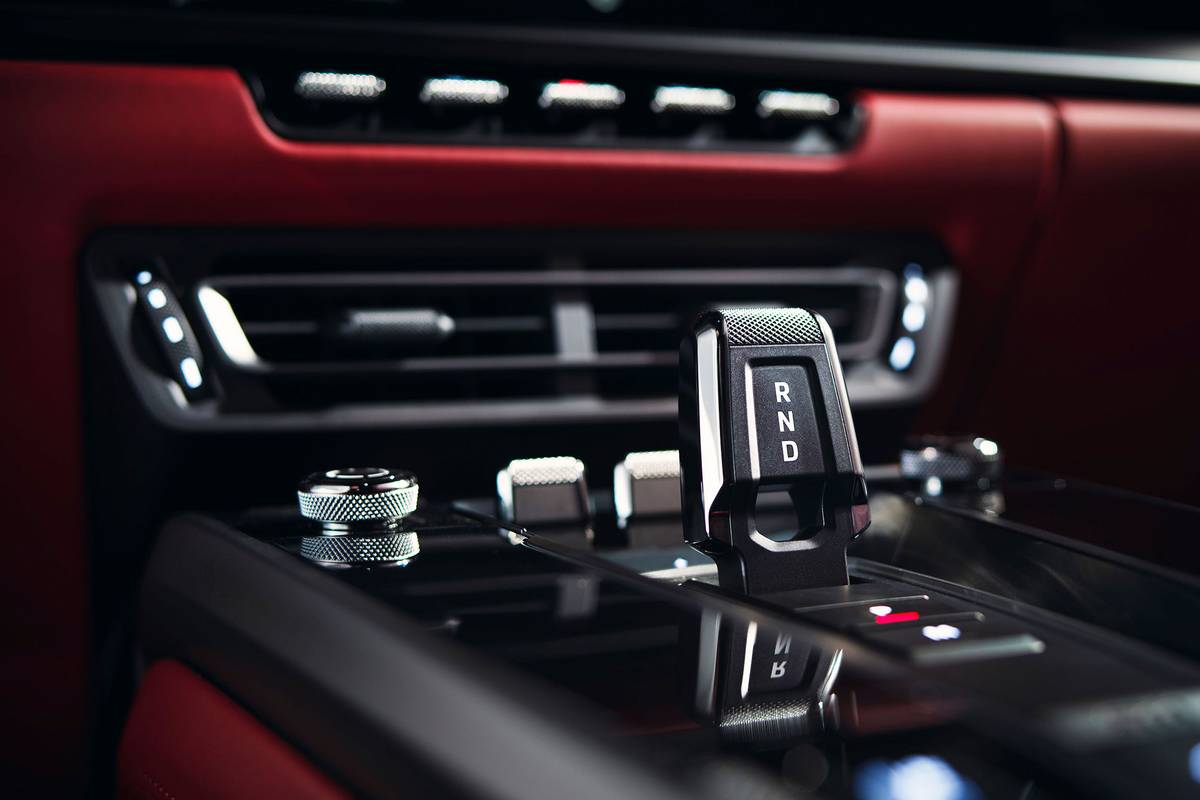 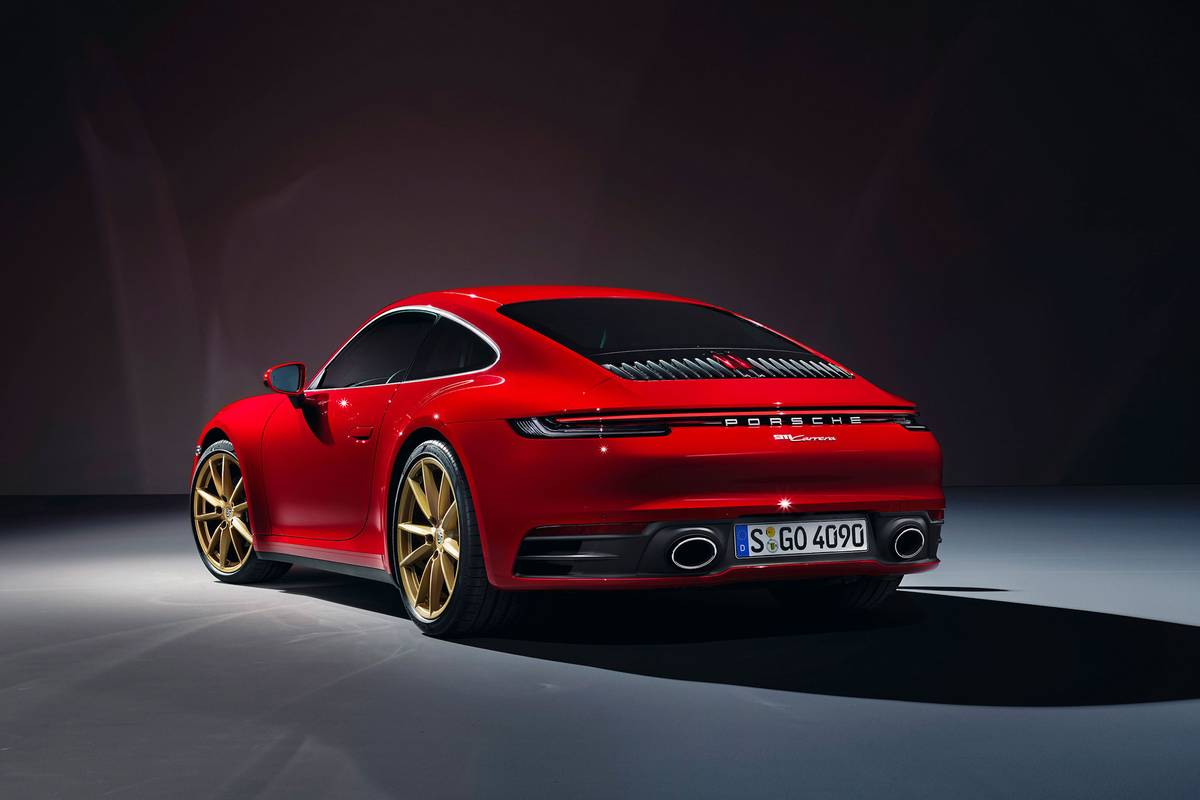 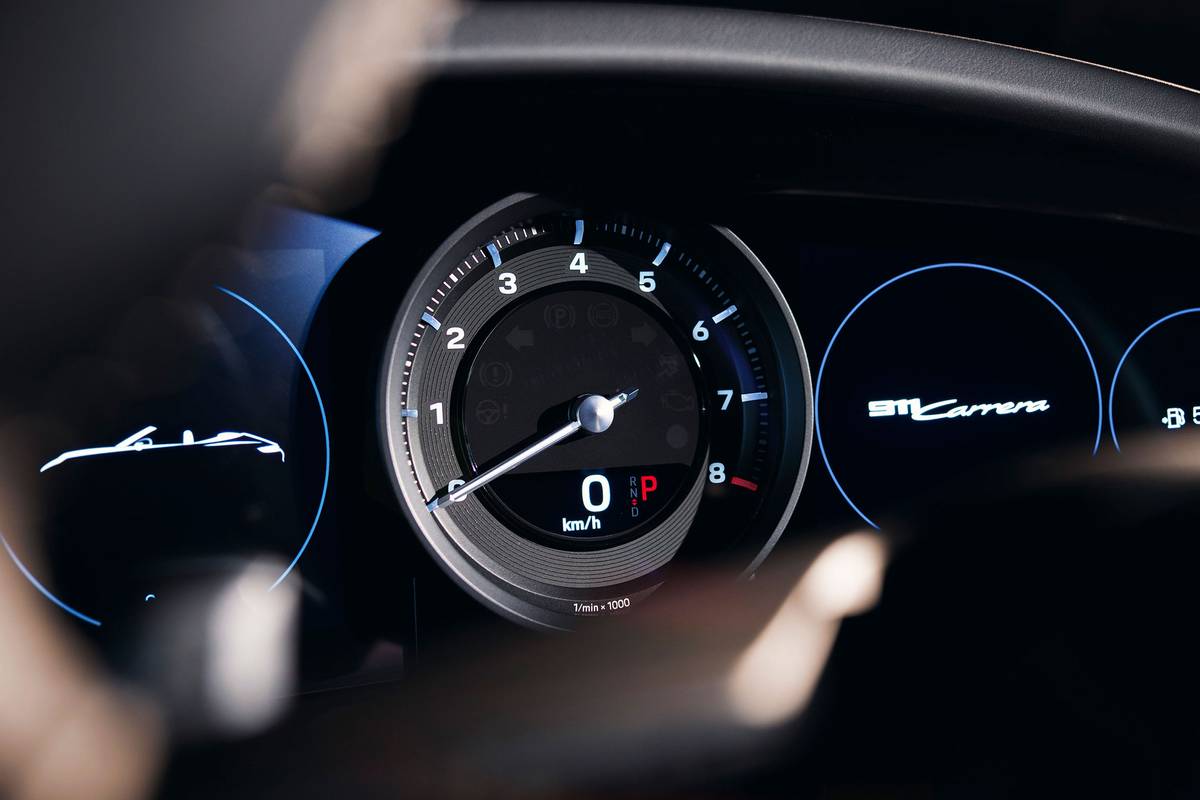 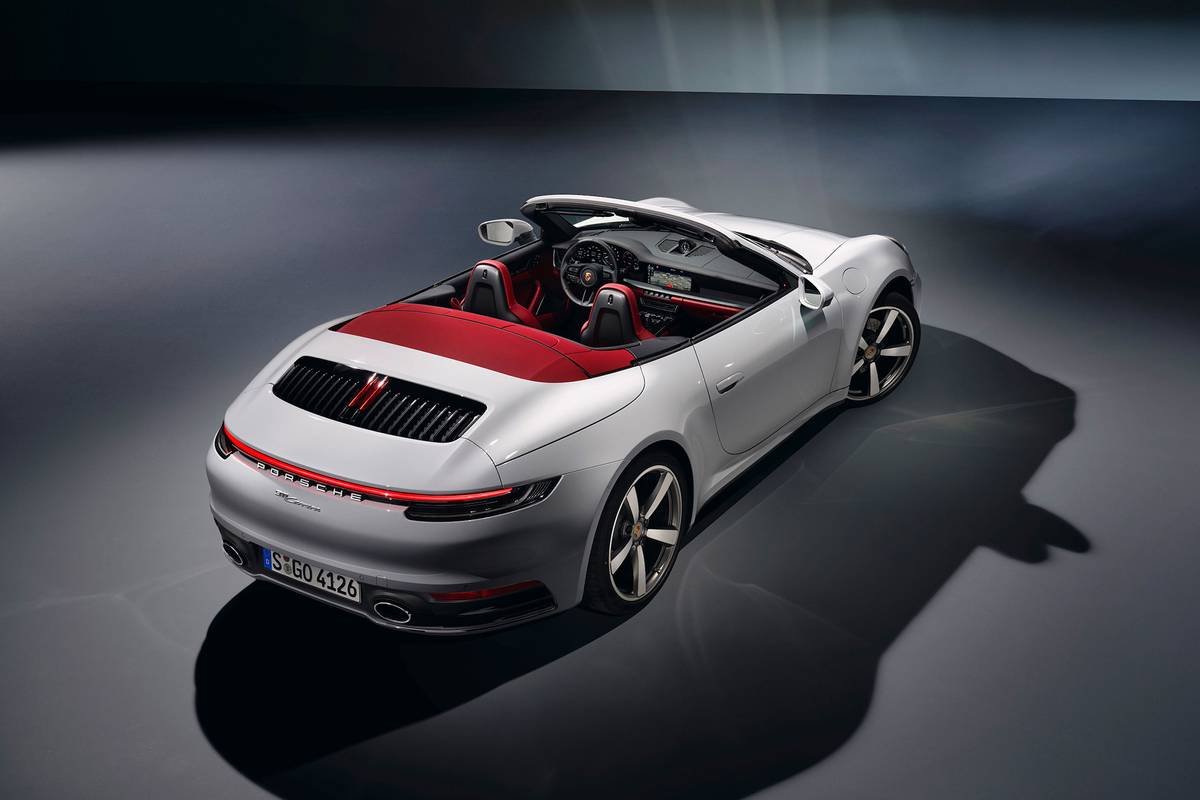 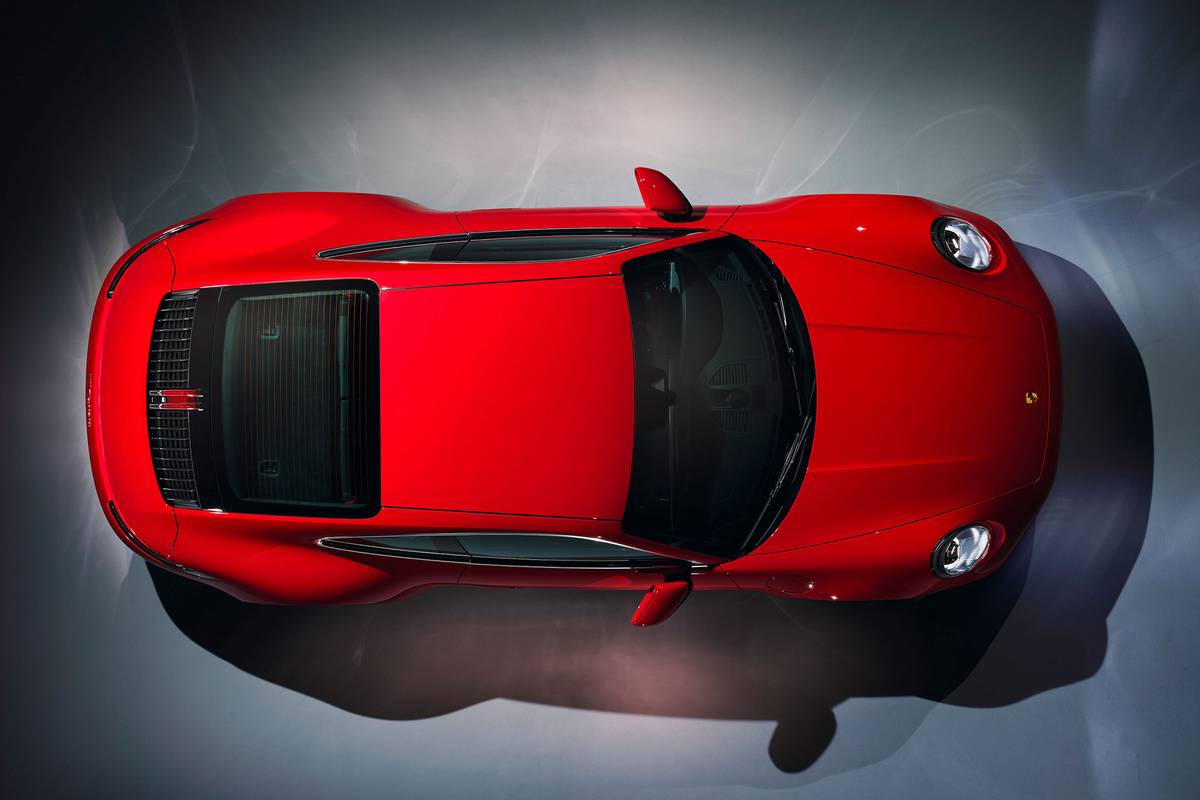 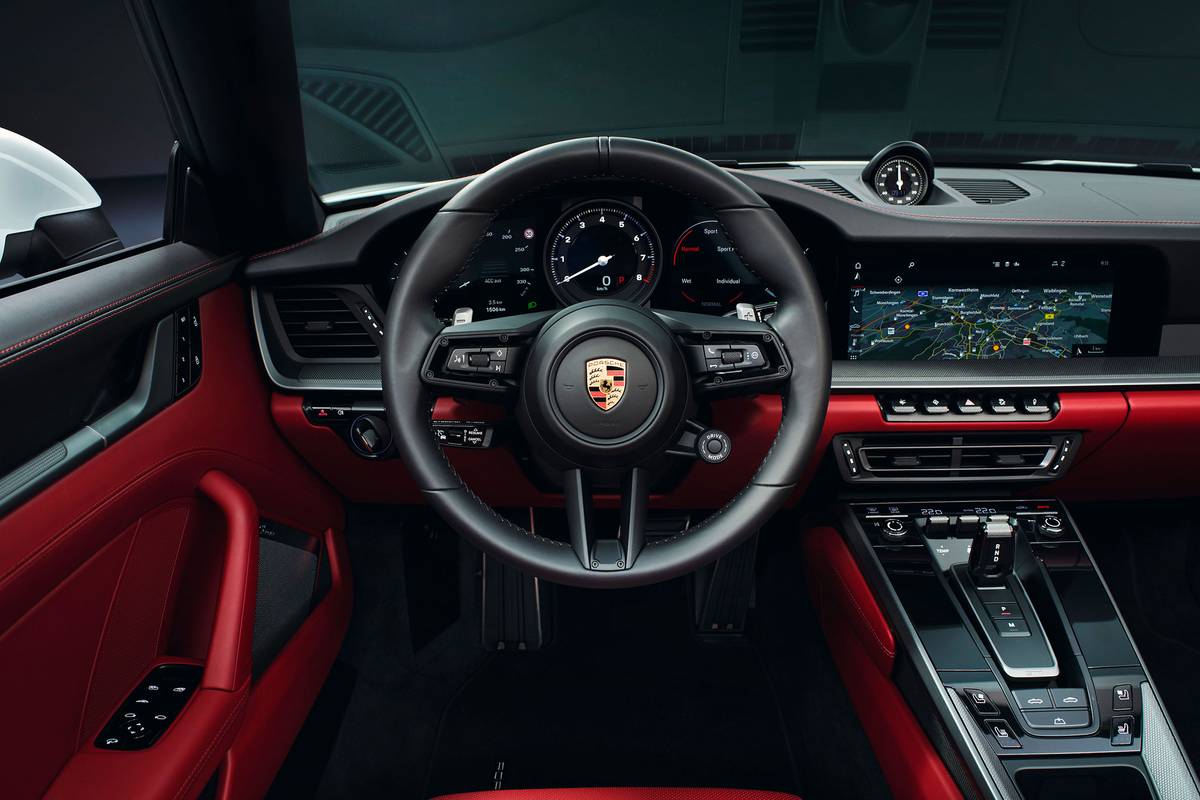 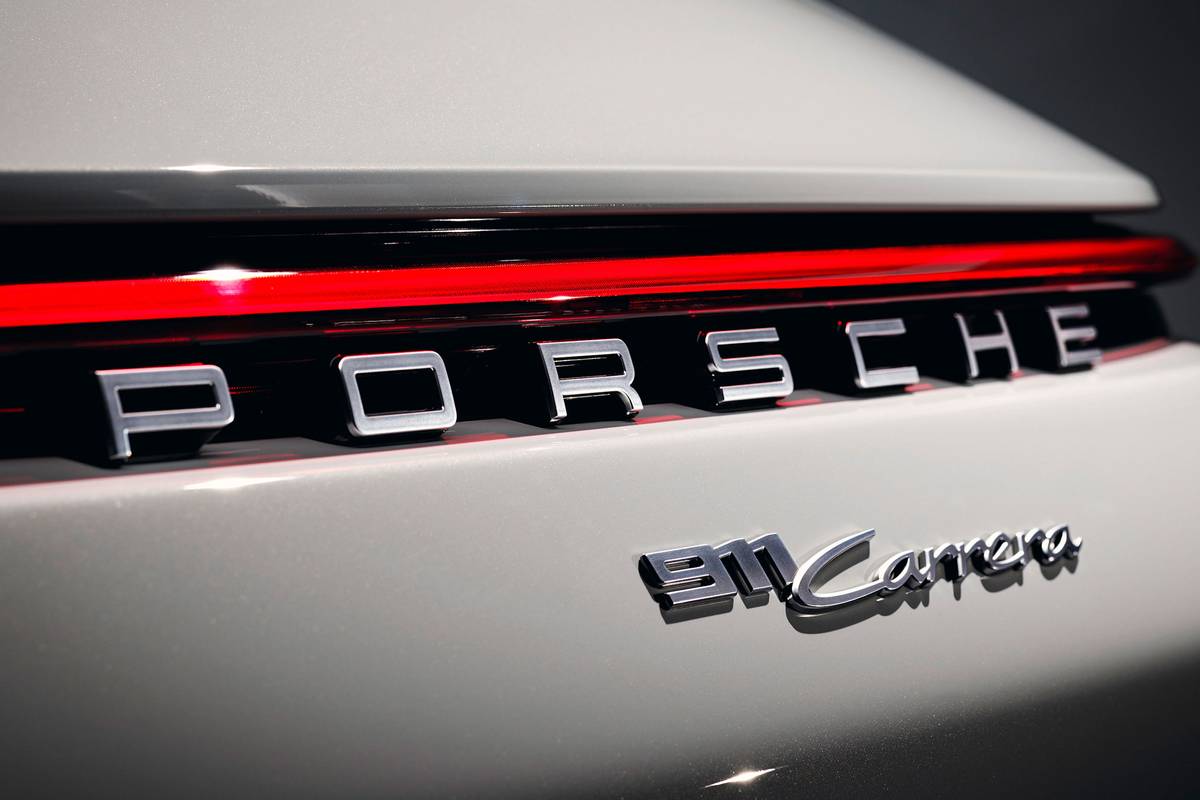 When Porsche introduced the newest generation of its iconic 911 sports car, the 992, it did so with the Carrera S and 4S variants, followed by the convertible models of each. To further round out the lineup, Porsche is unveiling the 2020 911, the Carrera coupe and Carrera cabriolet — nominal base versions of the car that, in reality, function like anything but.

Similar to the cars we’ve seen already, the styling changes will be hard to pick out unless you’re looking for them. The easiest way to tell a 992 from the outgoing 991 will be from the back, where the Porsche logo has been moved up to the rear light bar and the exhaust ports have been widened. Otherwise, the new car is wider and lower than its predecessor, but since it has the same basic shape it can be hard to pick out.

The other changes besides the styling will have more of an impact, starting with what’s found under the … well, not the hood since it’s a rear-engine vehicle, but you get the point. A twin-turbocharged 3.0-liter flat six-cylinder will put out 379 horsepower and 331 pounds-feet of torque, which is only a modest gain of 9 hp over the previous-generation Porsche. But the new car is quicker, sprinting from zero-to-62 mph in 4.2 seconds (4.0 seconds when Sport Chrono equipped), a 0.2 second improvement. Top speed for the coupe is unchanged at 182 mph (180 mph for the cabriolet).

There’s no mention of a manual transmission at this time; Porsche’s excellent eight-speed PDK dual-clutch automatic will come standard, which is so good that giving the stick shift the shaft wouldn’t feel like such an insult. If I had to hazard a guess, a manual option will be added down the line, but at launch it’s looking like automatic only. Porsche also indicated that all-wheel-drive versions of the Carrera and Carrera cabriolet will be announced “soon” … a vague term that could mean a short soon or a long soon.

Another bit of good news: According to Porsche, the 911 Carrera “shares the interior with the previously introduced S models,” and that means it will still have the larger 10.9-inch touchscreen and an improved multimedia interface. The interior of previous generation wasn’t what I would call a weakness — how well it drives is the 911’s make-it-or-break-it proposition — but it wasn’t very ergonomically friendly, and it had some weird controls. The new 911 eschews the touch-sensitive controls we’ve had problems with in the new Cayenne and Panamera, opting for a physical-button setup that will cause fewer headaches.

The Carrera will also come standard with Wet mode, which can detect moisture on the road and prepare the stability control and braking systems accordingly, while alerting the driver to the change in conditions.

You’ll Pay for This!