When I heard Lincoln was showing a new Lincoln Aviator SUV and was promising to show another SUV before 2020, my first reaction was an eye roll. Sorry folks, but I have SUV fatigue. It just feels like there’s an unending tide of utility vehicles coming from all sides lately.

Lincoln played its cards very close to its vest on the Aviator. All I had seen in the buildup was a 17-second YouTube video that showed virtually nothing. So, as I stood in an art studio Lincoln commandeered prior to the opening of the 2018 New York International Auto Show, I was feeling decidedly uninspired — until the sheet came off the Aviator and I immediately perked up, with my excitement continuing to build as the details poured in. Of course, there is one caveat attached to the Aviator: Lincoln is calling what we see here a “production preview.”

Some of the finalized elements may look slightly different, including the side mirrors and wheels. But I was assured that what was being shown is “very, very close” to what the final version will look and feel like.

The Lincoln Aviator is a seriously good-looking vehicle. It has some elements from other Lincolns — especially the redesigned Navigator — but puts a twist on them. It has the same basic shape as many of the other grilles in the Lincoln lineup, but the designers have reversed the mesh pattern of it: The other grilles have this sort of crosshatch pattern to them, but the Aviator flips that and uses where the empty space would be to form chrome droplets (for lack of a better word) that spread out as they move to the edges of the grille. Pictures don’t do it justice; the detailing is even more impressive when viewed up close.

Another styling element I appreciated was its level, horizontal beltline. A prominent chrome strip runs straight down the side of the vehicle right below the windows, and the roof only has a slight taper to it. This gives the Aviator a mini-Navigator vibe, but more importantly, it also provides gigantic side windows for the second and third rows. Those big glass openings let a lot of light into the cabin and give occupants excellent visibility, something that can’t be said about many of the Aviator’s competitors.

Information isn’t available on what will be standard or optional, but the vehicle shown was clearly intended to simulate a top trim level of the SUV. It came with materials and design to match, with rich, tan leather seats that offered a pleasant contrast to the Flight Blue exterior paint.

The Aviator borrows heavily from the Navigator for its interior, and that’s a good thing. The Aviator will use the same dual-screen setup with a 10-inch display rising above the center console and a 12-inch display in the instrument cluster. It also takes the Navigator’s 30-way powered Perfect Position front seats, which come with heat, ventilation and even a massage function. Lincoln representatives say that the Aviator will even come with a new set of massage patterns in the seats, which are more soothing.

Lincoln is also touting the Aviator’s second- and third-row room, claiming a passenger up to 6-foot-2 will be able to fit in the second row and someone up to 6 feet tall can fit in the third row. The third row wasn’t available for us to test, but the second row had plenty of leg and headroom even with a large panoramic moonroof installed. Between the roof opening and the large side windows, the Aviator has one of the most open-feeling backseats I’ve sat in; the space feels larger than it actually is. One final bit of good news: There’s tilt-and-fold functionality on both sides of the second row, which allows easier access to the third row (when it’s ready for us to try out). Not all SUVs have this easy access on both sides.

Powertrain details are sparse, but what we do know has my interest piqued. The Aviator rides on a brand-new SUV architecture with rear-wheel drive standard, and it’s safe to say some kind of four- or all-wheel-drive system will be optional. Lincoln announced the gas engine will be of the twin-turbo variety, which is great news; the twin-turbocharged engines used by Lincoln and Ford that would be large enough for this application (either the 2.7-liter or 3.5-liter V-6) are both excellent.

Lincoln also says a version of the Aviator will be offered that adds a plug-in hybrid system to the same engine, which gives the SUV some up-front electric range and should improve fuel economy, as well. Rear-drive dynamics and this eco-friendly addition have me excited to see how the Aviator performs on the road.

All of this has me very interested to see the Aviator when it comes out in its final form, but we could be in for a bit of a wait. We know the Aviator will go into production and on sale sometime in 2019, but that was all Lincoln would commit to. If the production version of the Aviator keeps enough of the preview’s DNA, however, it looks like Lincoln has a winner on its hands. 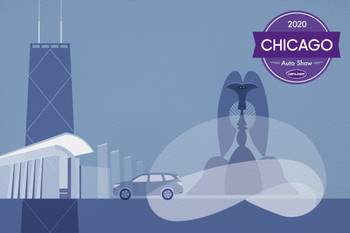 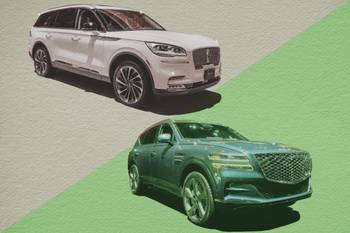 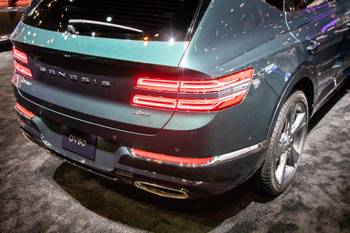