CARS.COM — Japan’s recent earthquakes have now spurred plant shutdowns as distant as Ohio and Tennessee. Just days after Toyota announced a litany of assembly-line suspensions in Japan, GM is partially stopping production at four plants in the U.S. and Canada because of earthquake-related supply issues.

The automaker says the shutdown will last two weeks beginning Monday, but here’s the good news: If you’re shopping the LaCrosse, Regal or Cruze, dealers still should have plenty to choose from. As of April 1, GM had a 77-day supply of the Cruze, while both Buicks had more than 100 days’ supply, according to Automotive News. Those figures are above the auto industry’s 65-day average. (Days’ supply measures how long it would take to sell all inventory at dealerships, factory lots, ports of entry and in transit at the current sales pace if all production stopped.)

Then there’s the new Cadillac XT5. IHS Automotive senior analyst Stephanie Brinley told us she thinks the production halt will have the most-significant effect on the new SUV, which just went on sale to replace the SRX.

It’s in short supply: Cars.com had just 1,341 XT5s in national listings as of April 22 — a small number versus the relative glut (10,568) of new SRXs in dealer inventory. Two weeks of production halts could spell trouble for anyone shopping for the new SUV.

“We’re early in the launch cycle, and we think we can resolve the issue pretty quickly with minimal disruption to our dealers,” GM’s Krell said. She declined to specify how the automaker would make up lost XT5 production on the other side of the shutdown but said GM “believe[s] we’ll be getting back to our full production” on the SUV.

The automaker says the shutdowns are a proactive measure to mitigate supply issues; Krell called it “a domino effect” as downstream suppliers in Japan affect larger ones.

Still, she said it’s the GM’s “best belief [that] we see this as a two-week shutdown. We’re going to assess it every day.”

Brinley thinks inventory will eventually recover for the whole group of affected cars, including the XT5.

“The company should be able to recover the volume this year,” Brinley said. “From what we know at the moment, it is a short-term problem. We don’t expect that GM will have any problem making up any lost production over the coming months.”

Is the 2020 Cadillac XT5’s Updated CUE Any Better With Buttons? 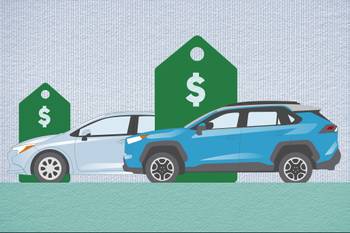 Why Now Is the Time to Buy a Sedan, Not an SUV 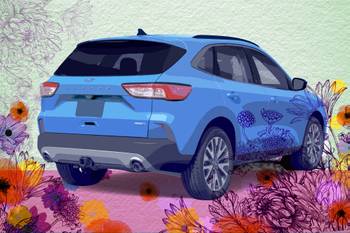 What Are the Best New-Car Deals for May 2020?
More From Cars.com