If you haven’t heard of Rivian, I can’t blame you. It’s a car company. It’s been around since 2009. And it’s not to be confused with a French spring water company (that’s Evian) nor a castle on “Game of Thrones” (that’s River Run). No this is Rivian, a company based in suburban Detroit that now has a car factory to build vehicles like the R1S, a big SUV, out of Normal, Ill.

Rivian is a lot like Tesla in that it builds electric vehicles; it’s got common architecture for the R1S and the R1T pickup truck. These are its two vehicles that are coming out in late 2020 or early 2021, somewhere around that timeframe. They’re built on this platform they share with electric motors at each wheel; that means all-wheel drive and the ability to kind of vector torque between the left and the right wheels to aid in handling.

Comparisons are inevitable with the Tesla Model X; that’s probably the Rivian R1S’ most direct competitor. The Model X is a much more windswept vehicle in terms of its lines, whereas the R1S is very, very boxy, with lots of upright lines, big, circular headlights that sit out there prominently on the very front of the vehicle, lots of kind of horizontal or vertical lines and very few diagonal or swooping lines.

The same goes for the inside: Lots of screens in terms of what’s right in front of you, big touchscreens; again, those are very popular among lots of luxury cars these days, and the R1S doesn’t disappoint. This three-row SUV also offers lots of storage space, obviously without there having to be an engine under the hood, so you’ve got a big front trunk in that space, instead.

Watch the video above for more impressions of the Rivian R1S, currently being featured at the 2019 New York International Auto Show, and be sure to check out the rest of our comprehensive coverage of the show. 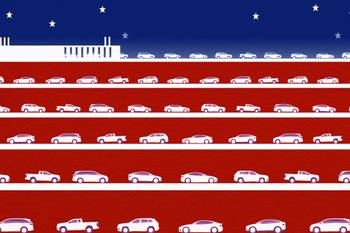 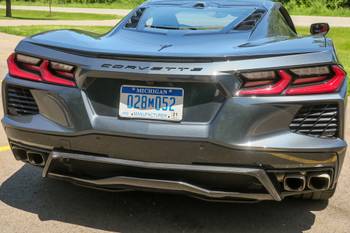 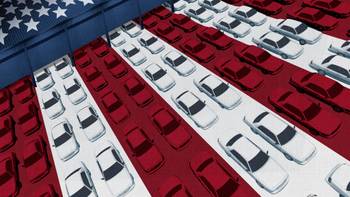