Smart, the Daimler-owned brand behind tiny city cars, will show off its Forease Plus concept at next week’s 2019 Geneva International Motor Show. Based on last year’s Forease (no “Plus”) concept, the Forease Plus has … a roof. A yellow roof. Like the Little Tikes Cozy Coupe that some Smart owners have made their own cars resemble.

The Forease Plus concept is all-electric, a propulsion source Smart claims all its vehicles will have by 2020. The two-seat convertible’s yellow roof is removable but cannot be stored anywhere in or on the car — still an improvement over its Forease predecessor, which had no roof. The top puts a firm structure under the cloth outer fabric to provide greater protection in variable climates versus a more traditional soft-top.

The rest of the car’s styling has the sort of quirkiness you’d expect from a small city-car concept. A large ducktail spoiler extends from the rear, which has visually interesting rhombus-shaped taillights. Smart describes the LED headlight pattern as “pithy,” which … sure? The wheels have very little negative space, which adds to the design fun while helping aerodynamics and, thus, range. 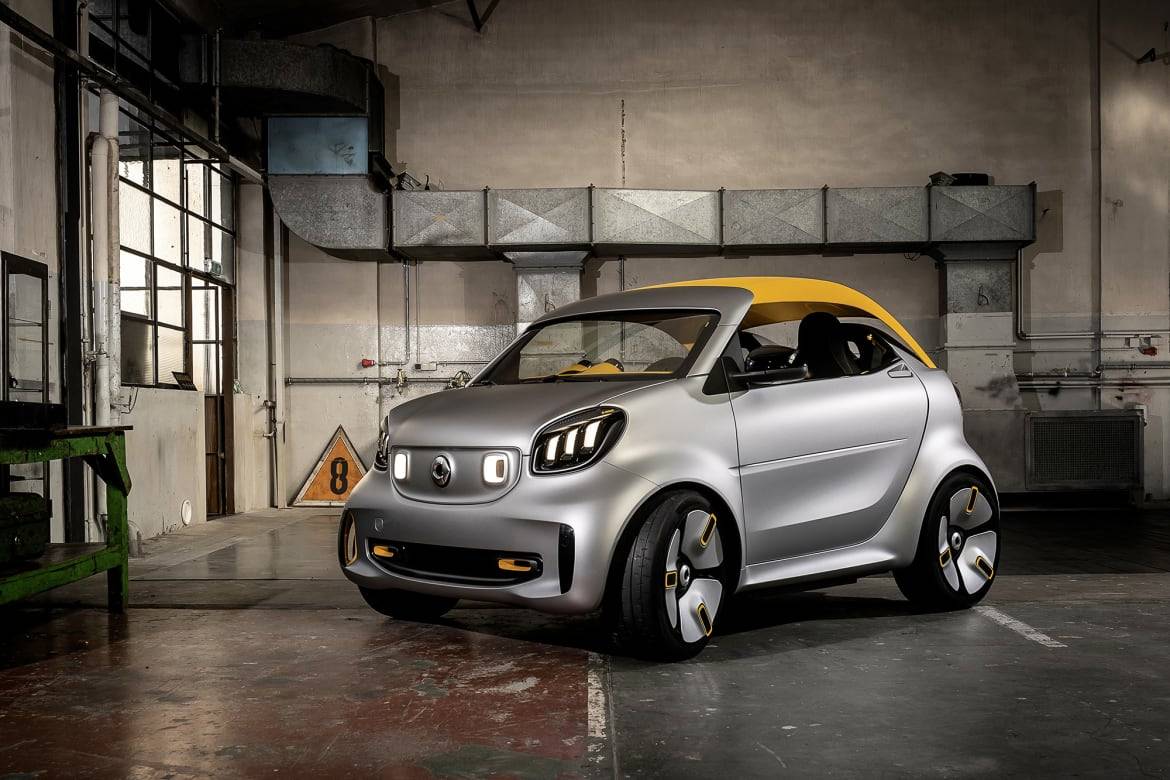 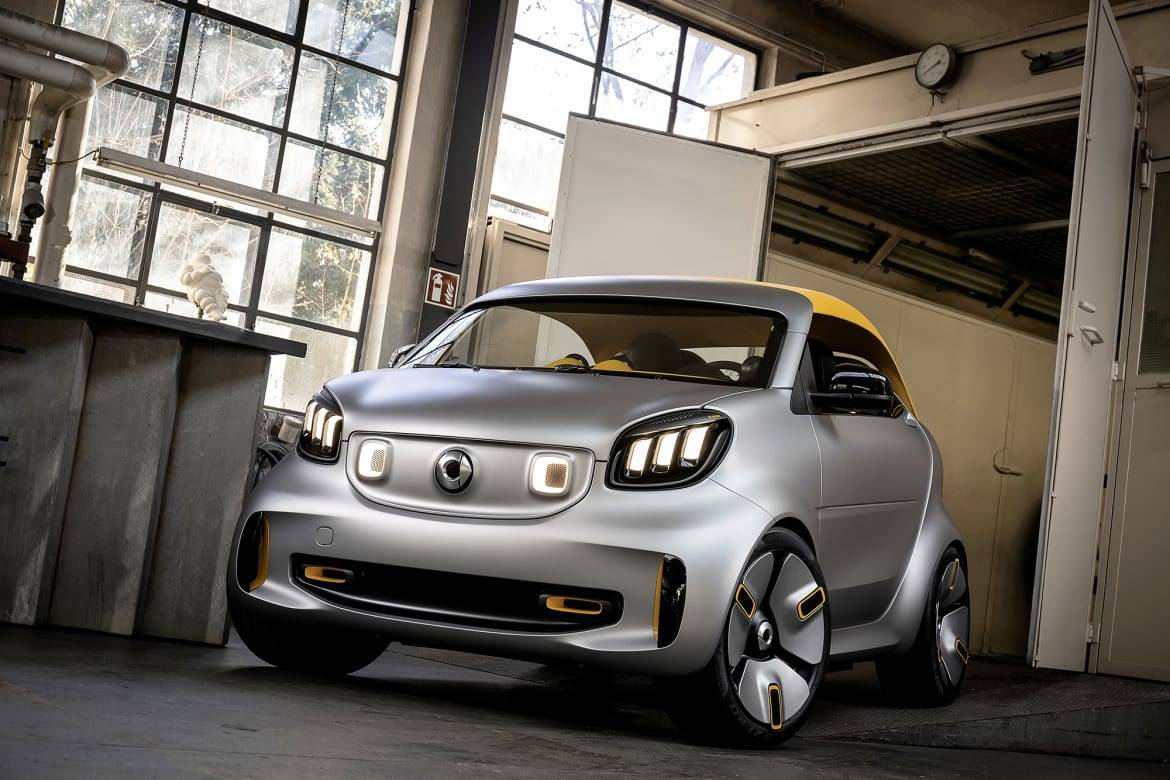 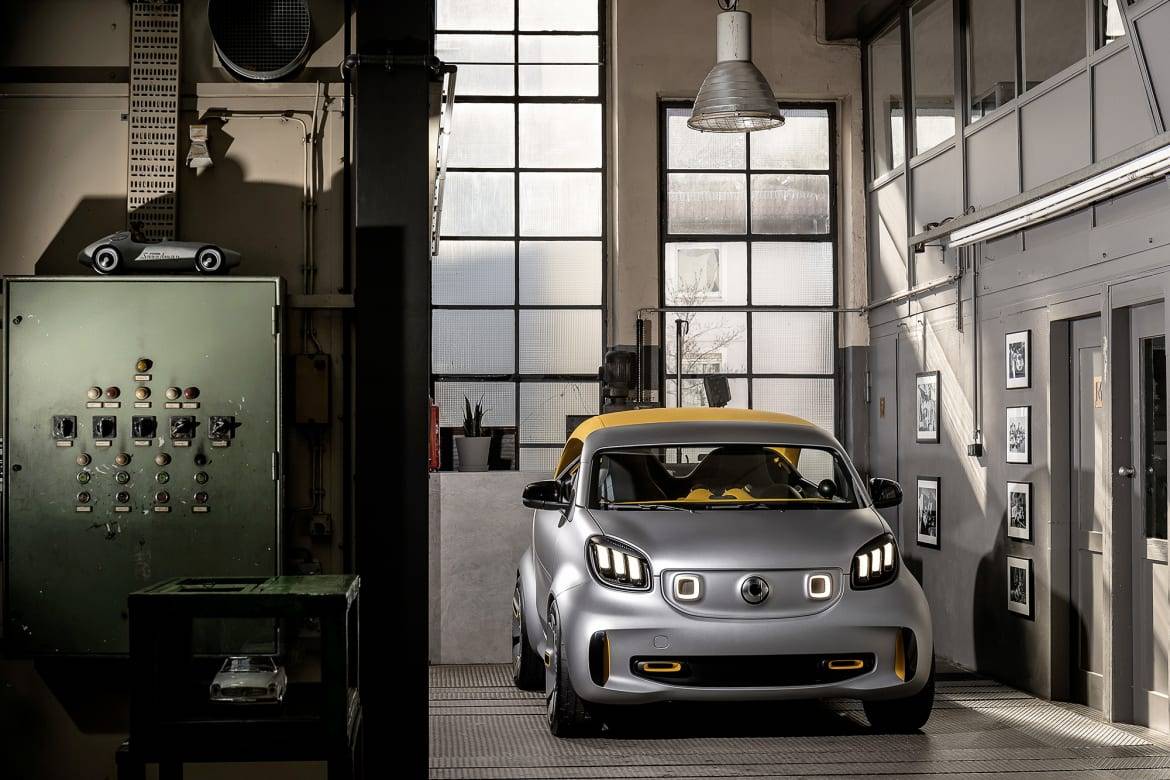 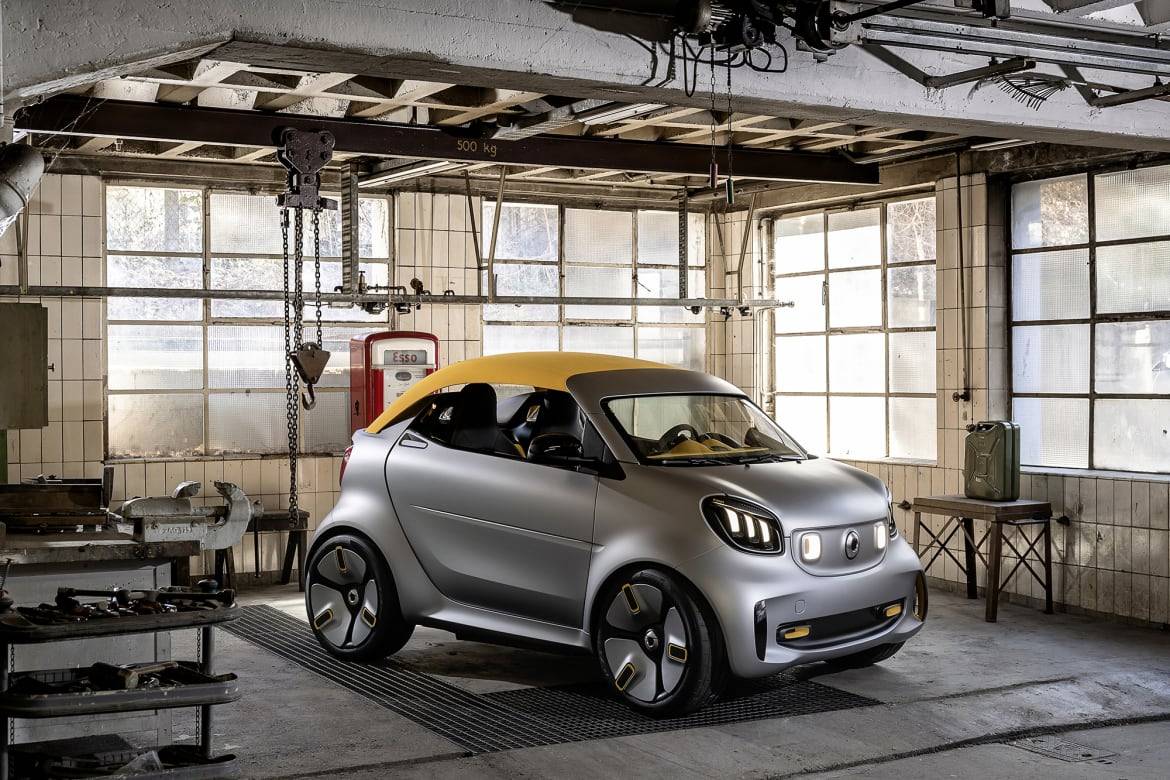 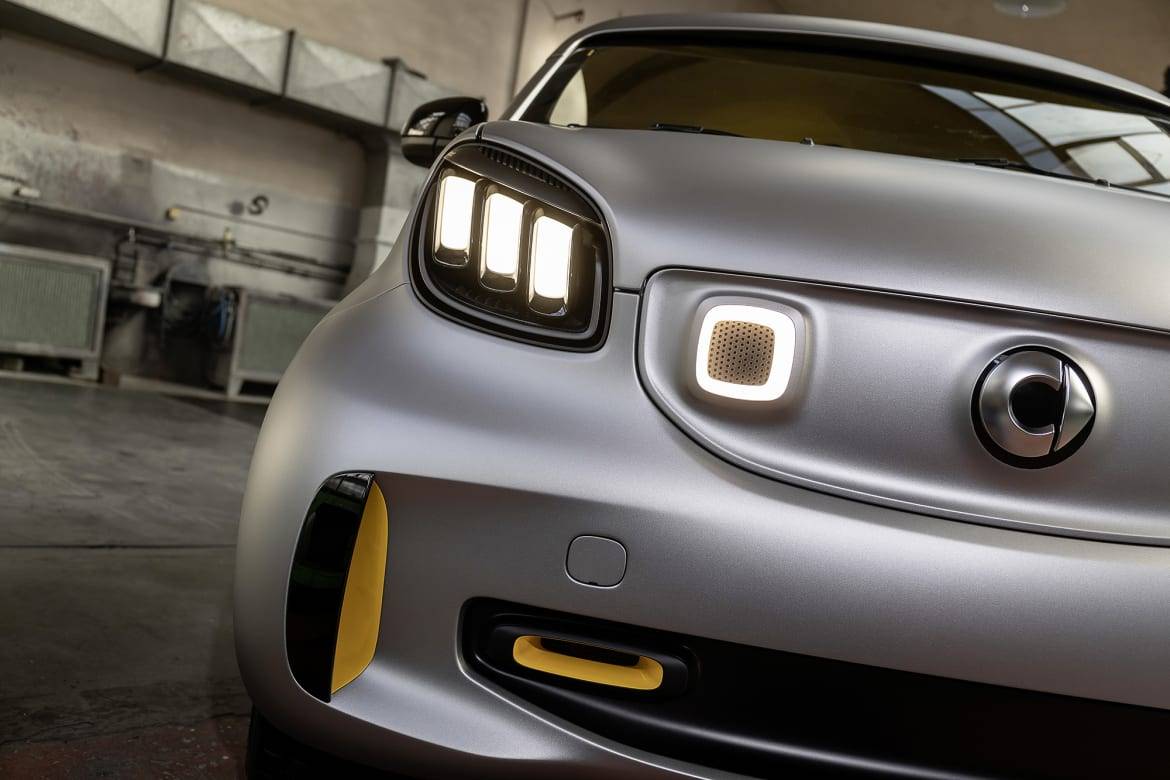 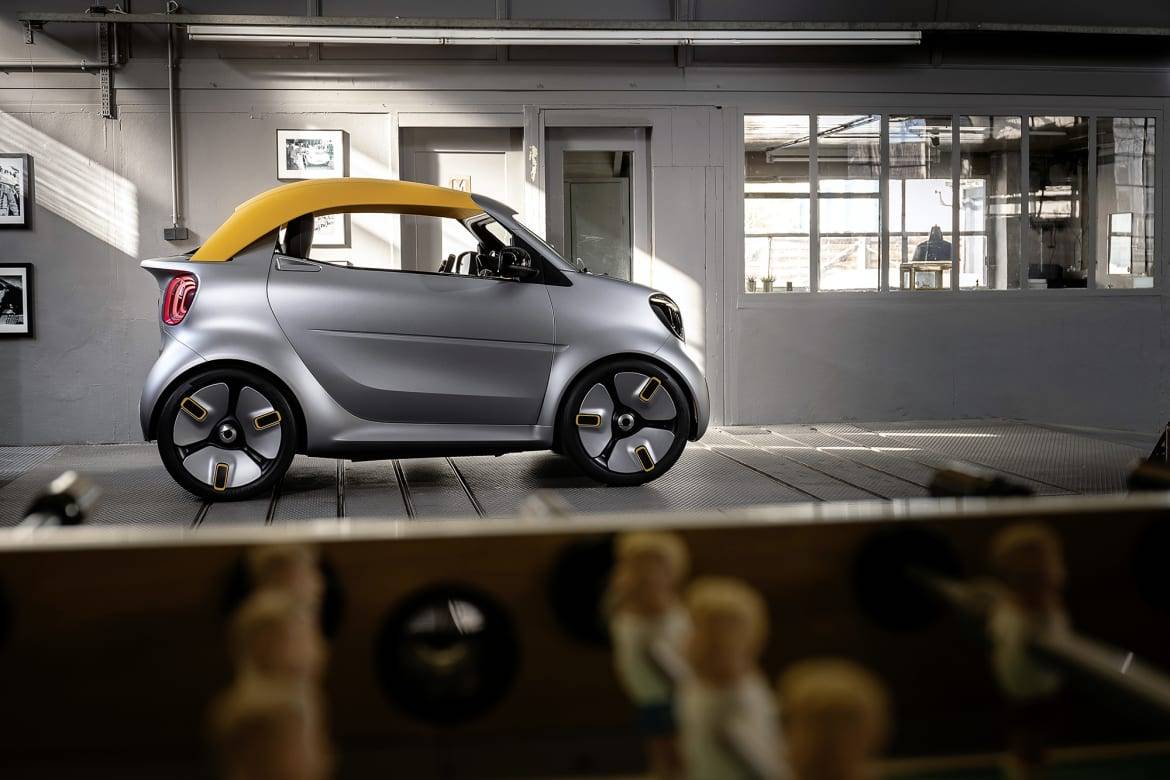 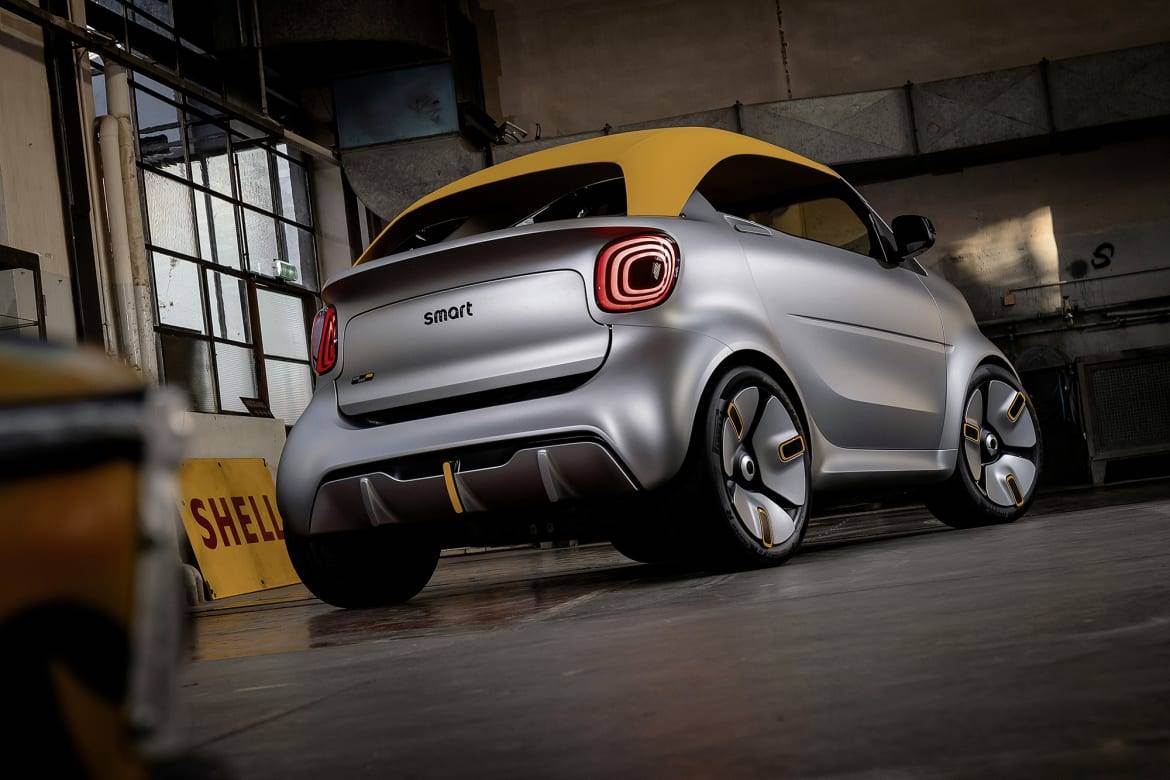 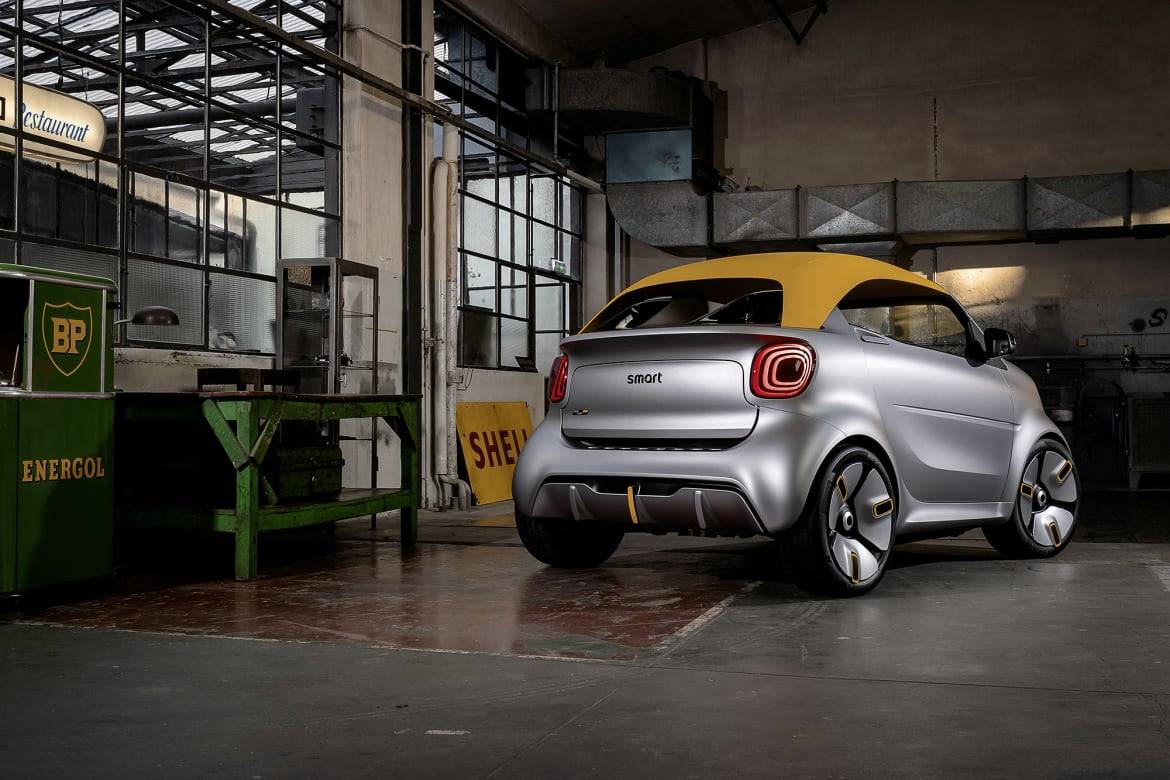 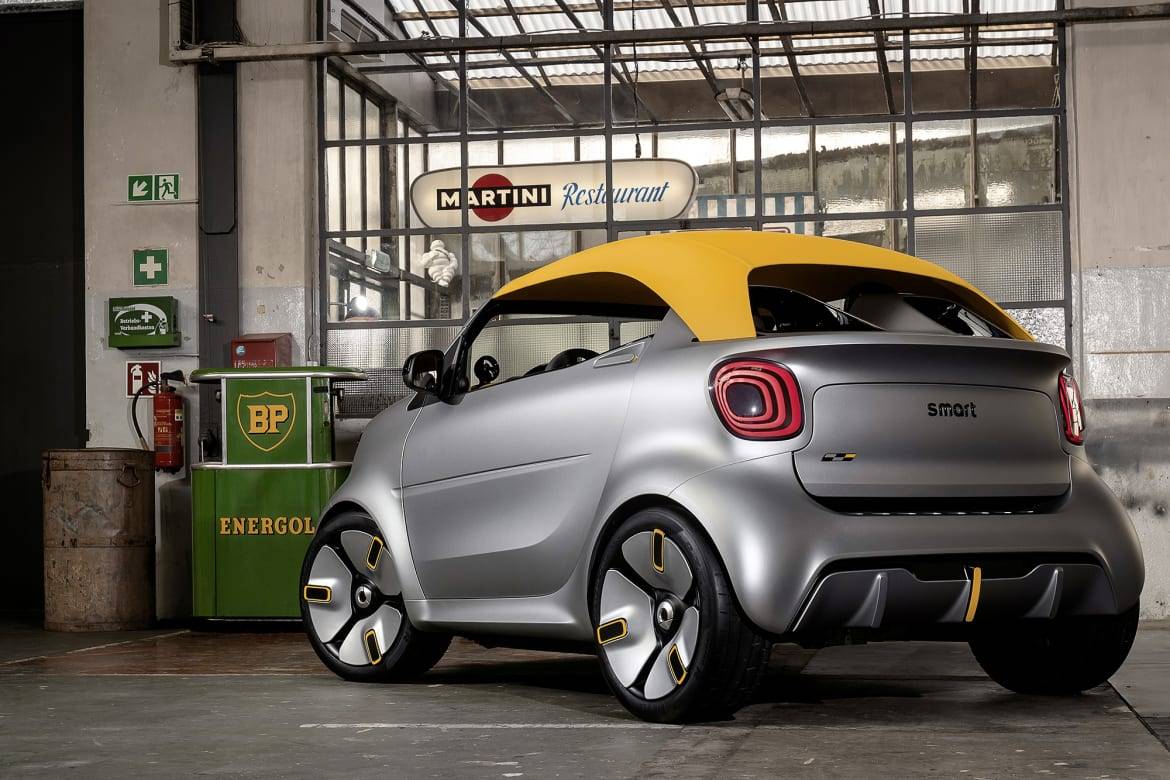 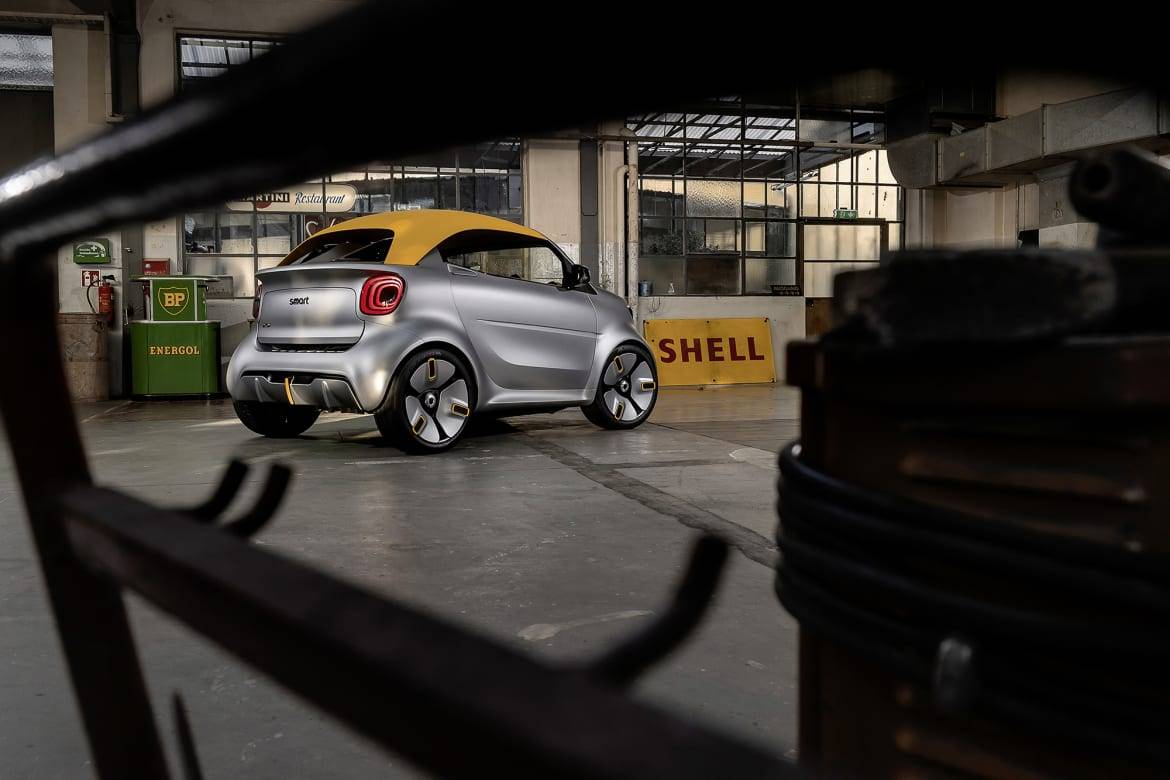 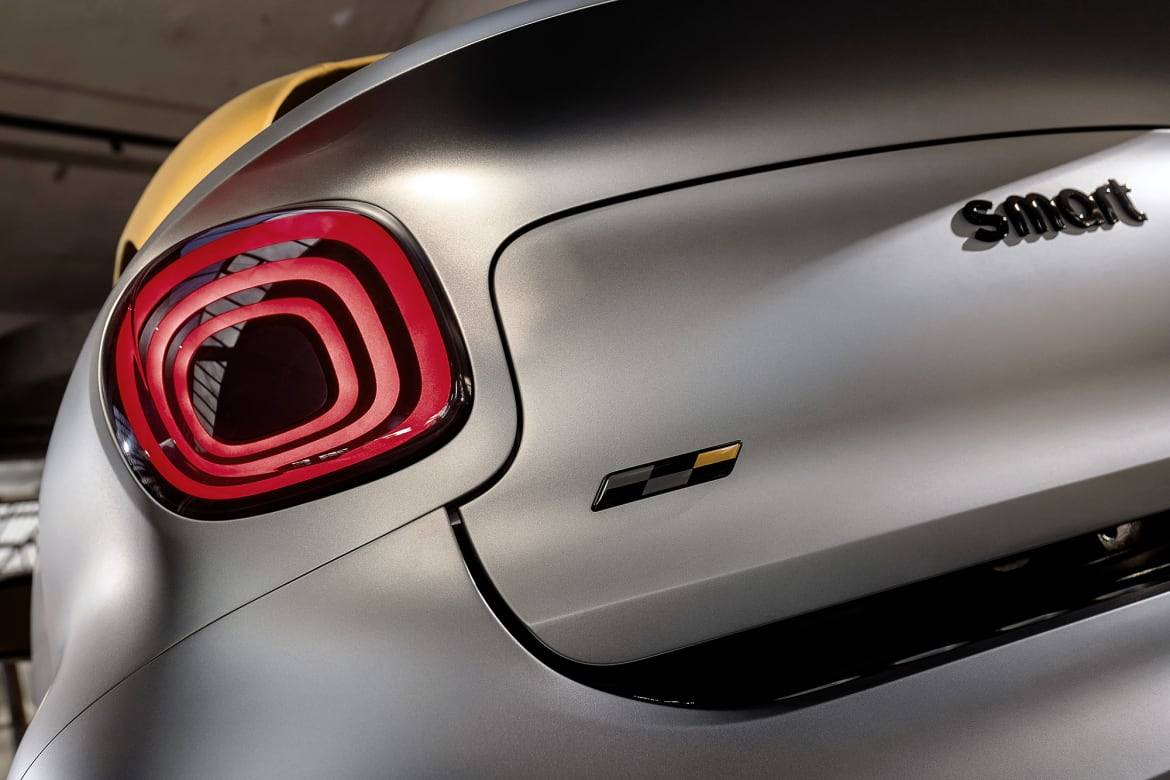 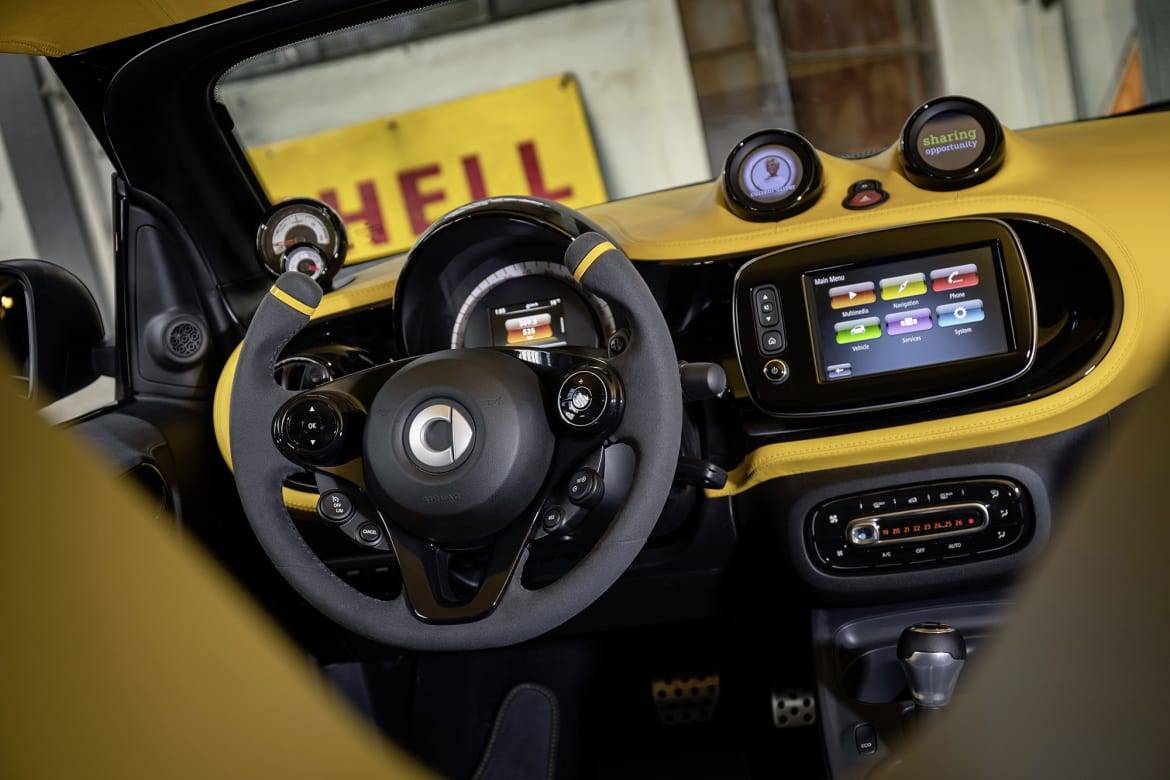 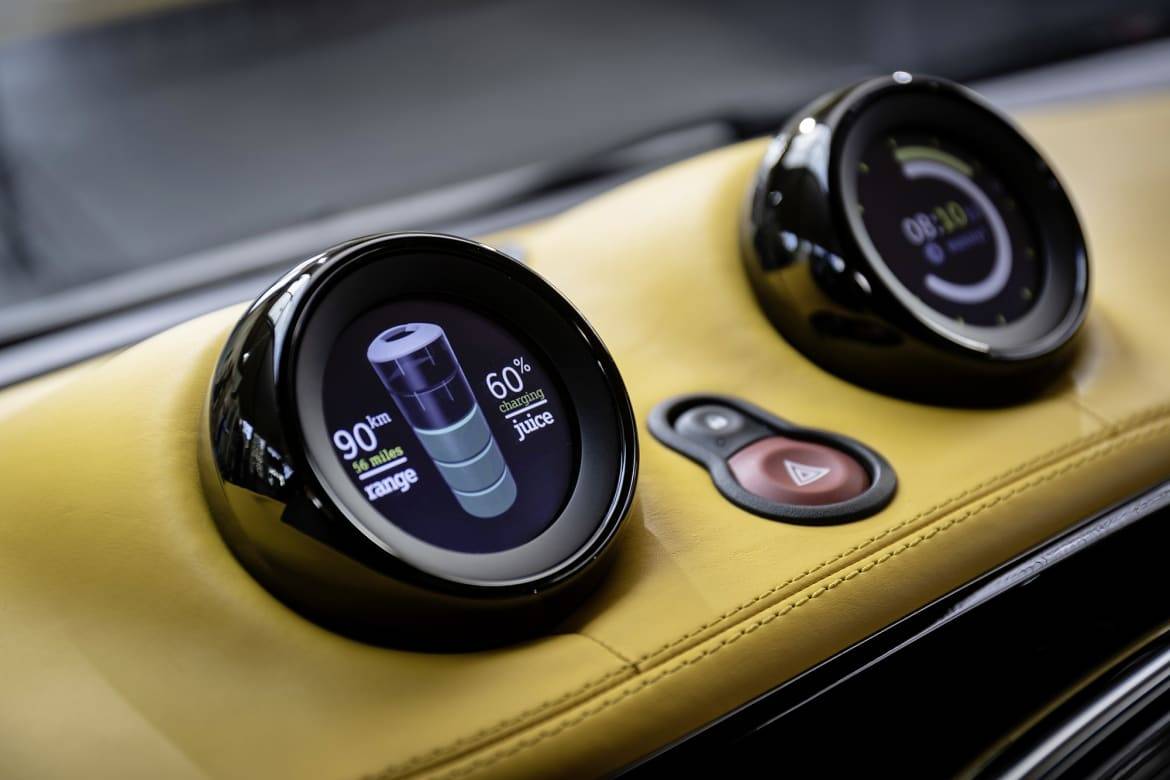 Inside, Smart covers the instrument panel and dashboard in leather that matches the removable roof. Nappa leather and microfiber abound through the rest of the interior, including the microfiber-covered steering wheel, if you want to call it that. It’s more of a horseshoe, with the portion from roughly 10 o’clock to 2 o’clock lopped off. Smart also portrays the Forease Plus as a connected car, featuring access to its “Ready To” services.