CARS.COM — Awesome movie cars are easy to come by. The DeLorean from “Back to the Future.” Ecto-1 from “Ghostbusters.” Steve McQueen’s ’68 ‘Stang from “Bullitt.” Let’s face it: Any jerk stepping off the Greyhound from Jerkville R.F.D. can cobble together a Best Movie Cars list — but it takes a special kind of jerk to summon the vitriol necessary to codify the proverbial worst.

We at Cars.com fancy ourselves just such jerks.

Related: Best Cars for a Netflix and Chill

The last time we ranked the Worst Movie Cars was a decade ago, and Hollywood’s odometer has put on a lot of miles since then. We’ve had a new Griswold family vacation car, a few Batmobiles, a whole fleet of rebooted Bond cars and five more films (and counting) with titles comprising varied combinations of the words “fast” and “furious.” While some of those arrived in cherry condition, others turned out to be big, fat, sour lemons.

So pucker up to endure the Top 10 Worst Movie Cars:

An impromptu car race on the beach between rival NASCAR drivers Cole Trickle (Tom Cruise) and Rowdy Burns (Michael Rooker) quickly turns into a demolition derby in these just-rented (and hopefully heavily insured) vehicles. It’s a fun scene with a funky soundtrack, but c’mon: Who really wants to watch someone drive a rented Ford Taurus, much less race one?

No doors? No windows. No front seat? No problem … well, not at first. In this boozy Puerto Rico-set film version of the Hunter S. Thompson novel, Johnny Depp and his buddy are forced to lap up on the backseat of this ravaged, clown-car-like subcompact so that Depp can reach the pedals. Things go relatively smoothly until a busted axle throws the car into an uncontrollable bounce and, ultimately, a pretty nasty crash — though not nearly as bad as the box-office crash of “The Rum Diary.” (Don’t drink and drive.)

You’ve heard the old adage/admonition “too many cooks spoil the broth”? Well when it comes to Wingo from Pixar’s “Cars,” too many spoilers spoil the sports car. Wingo’s sextet of spoilers is truly ridiculous (not to mention aerodynamically inadvisable). While it may be the most offensive among his multiple crimes against exterior styling, other offenses include an unforgivably gaudy paint job and wind-resistant protruding lower-body elements.

The canine customization of Harry and Lloyd’s 1984 Ford Econoline Mutt Cutts dog-grooming van may be the dumbest idea either of the titular dimwits ever had. Still, we have to admit: We like it a lawwwt.

Even if this fictitious compact car hadn’t fallen off its rear axle and the entire front end hadn’t fallen apart the moment Michael Keaton stepped on the accelerator, this ’80s-fabulous hoopty would’ve been a shameful testament to any cooperative effort between American and Japanese automakers.

Whether due to Steve Martin’s bad karma for cursing out the car-rental-kiosk lady early in the film or John Candy’s hapless, sad-sack idiocy, there’s no rest for these weary travelers trying desperately to get home for Turkey Day. And if this pea-green, wood-paneled soft top — a 1986 Chrysler LeBaron Town & Country, according to imcdb.com — wasn’t bad enough to begin with, it certainly gets that way after Candy heads the wrong way down the interstate and shoots the gap between two semitrailers at full speed sending sparks flying and skeletons screaming.

That’s right, two Candy classics in a row. You can just smell the stale cigar smoke and back sweat permanently saturating the upholstery of Buck’s crud-caked, groaning-door-hinged boat of a car. That and this brown bomber’s bomblike exhaust backfire make it every teenager’s worst nightmare to be picked up from school in by their embarrassing uncle.

If Edward the dreamboat vampire had rumbled around the corner to save Bella from a bunch of bros on, like, a Harley or in a Dodge Challenger or something, it might’ve come off at least a little tougher. And while the Volvo C30 was no doubt a fun, zippy little ride, the compact hatchback in this context just seemed so … wimpy.

It’s quite a feat to top the original Wagon Queen Family Truckster from 1983’s original “National Lampoon’s Vacation” for terribleness. But that might be this disastrous 2015 “Vacation” reboot’s sole success. Highlights of the fictitious Albanian-made minivan include two front ends, four side-view mirrors that face each other, pop-out cupholders on the outside of the car and a gigantic key fob with indecipherable buttons for “convenience” features no one would ever use, like a pop-off steering wheel or fully forward-tilting headrests. It’s just No. 2 on our list, but this actually may be the worst car ever. 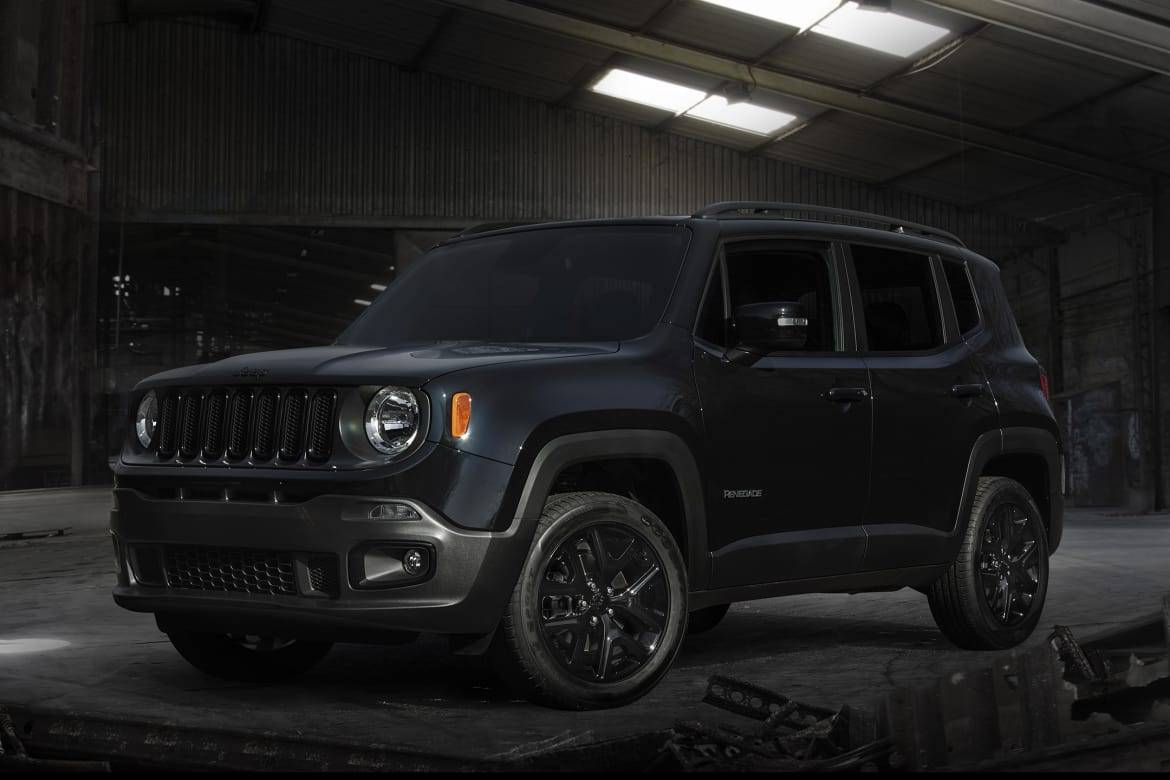 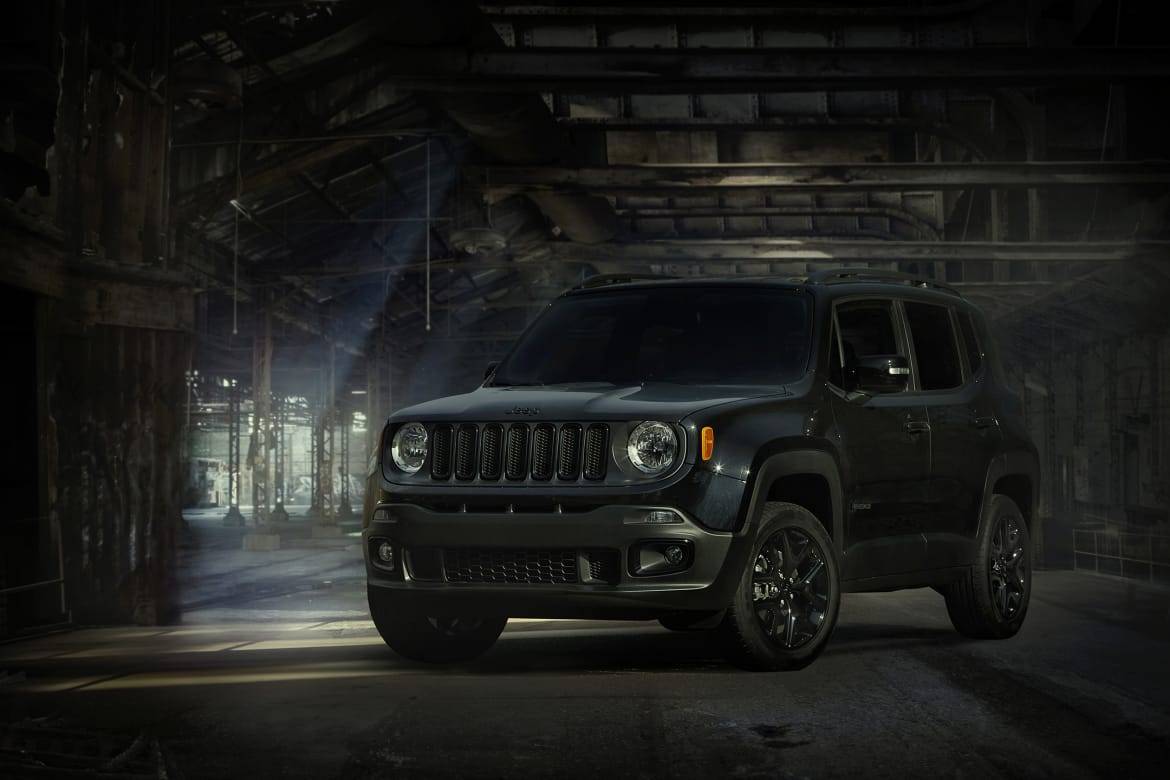 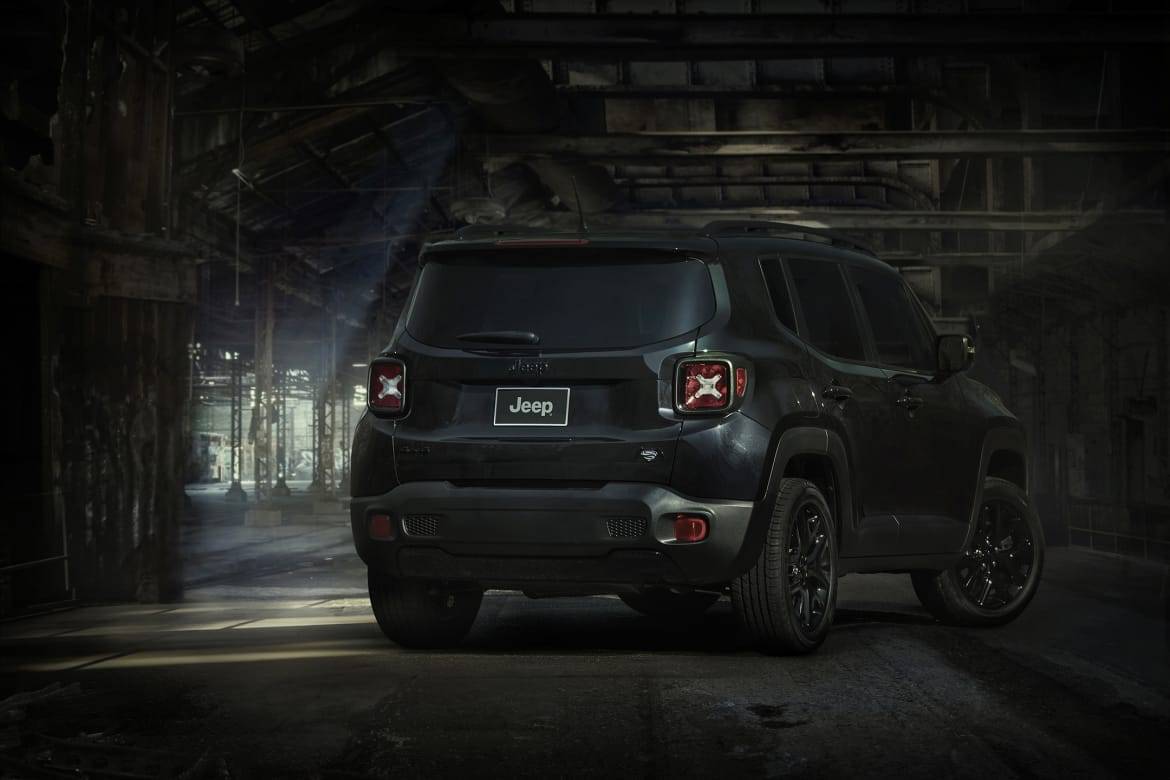 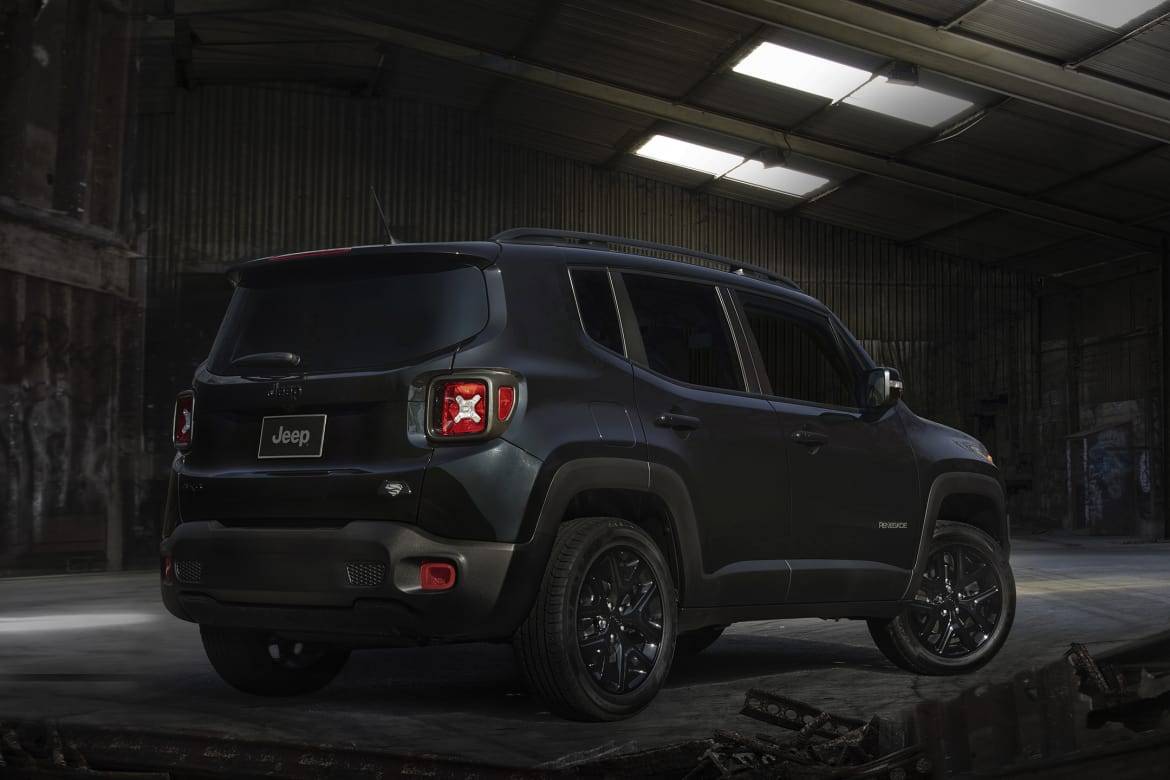 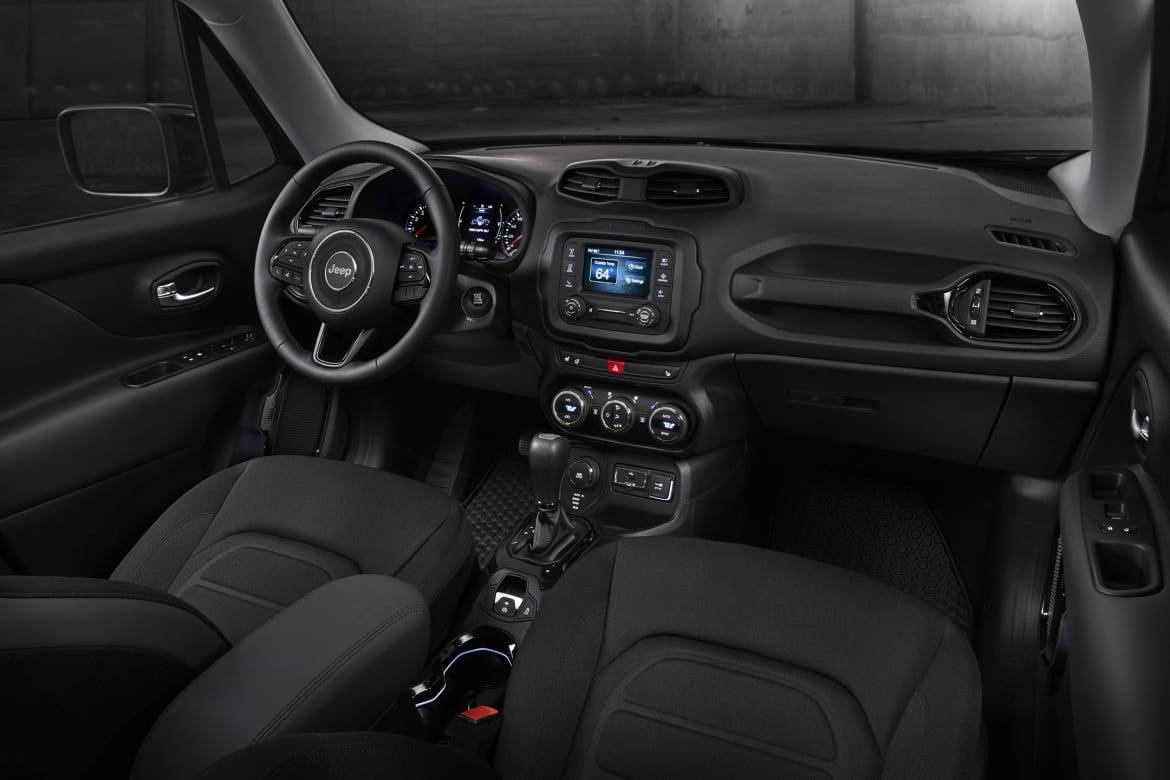 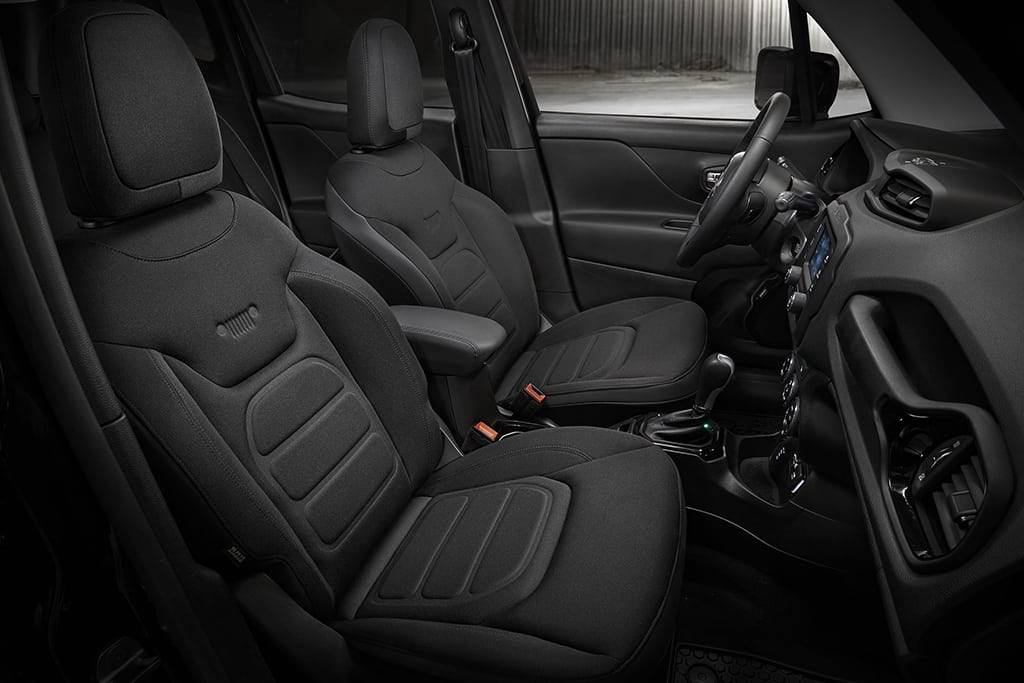 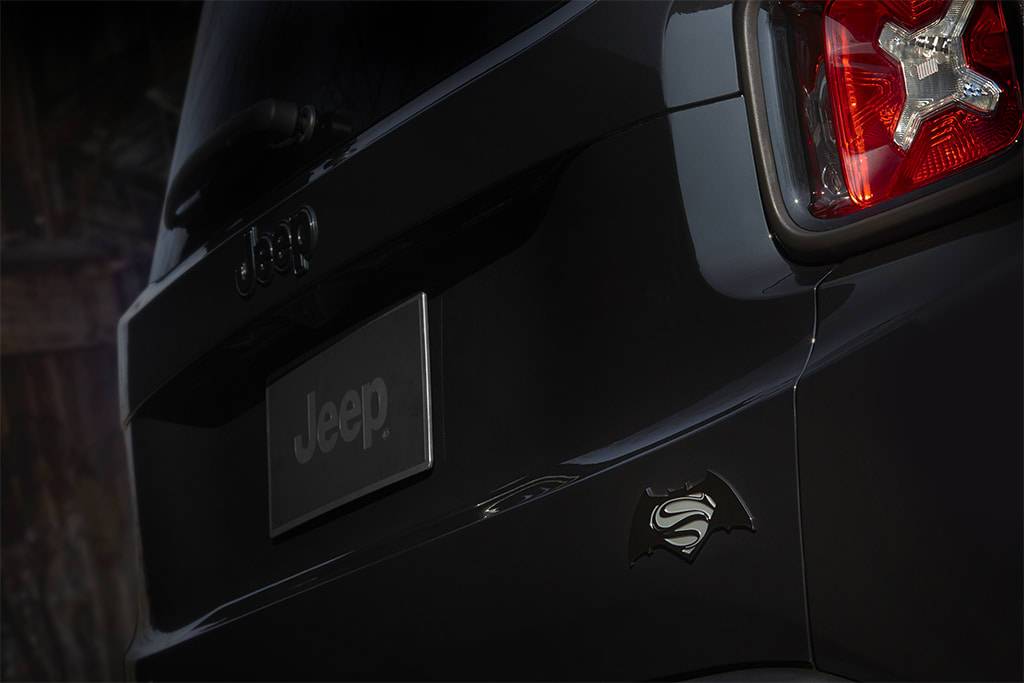 1/7
2016 Jeep Renegade "Dawn of Justice" Edition | Manufacturer image
Don’t miss out on the latest news, reviews and videos from our in-house experts. Get updates in your inbox.

No offense to the Renegade per se; it’s a fine little vehicle with impressive off-road bona fides — but ain’t no Bruce Wayne gonna be caught drivin’ no $19,000 subcompact SUV. It might be the coolest car pulling into the Jerkville Senior High student parking lot, but everyone knows Batman’s billionaire alter ego rocks Bentleys and Lambos and Ferraris and such. Did the studio’s product-placement department think a cool black paint job on a Renegade would suddenly make Batfleck forget about his Land Rover parked back in the Wayne Manor garage? Plenty of stuff in “BvS” made no sense, but this was by far worst.