Since their mid-decade launch, Apple CarPlay and Android Auto have required a physical USB connection in almost all cases. But new in-car multimedia systems are beginning to offer wireless integration of the two platforms — first among aftermarket stereos, but more recently from a few factory systems.

Related: Apple CarPlay Is Getting an Overhaul — and You’re Gonna Want It

BMW was the first automaker to the party, offering wireless Apple CarPlay on select cars beginning with the 2017 model year. Mini, an affiliate of BMW, followed in 2018, and Audi added the feature in 2019. Still, wireless CarPlay from the factory remains rare — despite Apple offering compatibility since iOS 9 way back in 2015 — and wireless Android Auto is still aftermarket-only. The vast majority of both platforms today still require a physical USB cable.

Have questions? Here’s what we know.

Counting hybrid variants as separate cars, 27 models from three brands offer wireless Apple CarPlay for the 2019 model year, either as standard or optional equipment. The BMW Group is out ahead on the feature, offering it on all models with factory navigation across the BMW and Mini brands.

Which Cars Have Wireless Android Auto?

As of this writing, none. Wireless Android Auto is reportedly rolling out more slowly — and only on certain smartphones — versus its Apple counterpart. A few aftermarket stereos now offer wireless integration with certain compatible phones, but no cars for the 2019 model year offer factory wireless compatibility; all connections still require a USB cable. However, some cars could get wireless Android Auto as soon as the 2020 model year.

Android is “actively working with our OEM partners [that is, automakers] to roll out to vehicles soon,” said Ivy Chen, the communications lead at Google’s Android Auto division. “Wireless support by automotive OEMs will start to happen this fall.”

How Does the Connection Work?

The connection needs in-vehicle Wi-Fi, as Bluetooth alone isn’t robust enough. The latter enables phone calls or streaming music, but it ultimately supports relatively little data. Apple CarPlay and Android Auto need a hardier connection — the impetus behind a physical cable in the first place, which both systems required at inception. A Wi-Fi connection to the multimedia system through an in-vehicle router accommodates more data. It’s the “only wireless protocol that has enough bandwidth to support phone mirroring,” explained David Amodeo, J.D. Power’s director of global automotive.

The downside of such a data-intensive connection? It kills your battery. Apple CarPlay and Android Auto can exact such a heavy drain that we’ve observed phones tethered to older-generation USB ports lose their battery charge while using the systems, so robust charging sources are a must. Wireless charging pads have answered the call — a feature that’s proliferated across the industry, especially in cars with wireless Apple CarPlay.

If My Car Already Has Wi-Fi, Could I Get Wireless Apple CarPlay or Android Auto?

That’s unlikely because it isn’t that simple. Almost all cars with in-vehicle Wi-Fi (think GM’s built-in 4G LTE hot spot) have a single-band router, explained Colin Bird-Martinez, a senior tech analyst at IHS Markit. And just like good Wi-Fi at home needs a dual-band router — one for phones and laptops, the other to stream Netflix — any car with wireless Apple CarPlay or Android Auto needs unique dual-band hardware, Bird-Martinez said.

Another requirement? An in-vehicle GPS receiver, which most cars package with in-dash navigation. Even if you seldom use the car’s system, any smartphone connected to wireless CarPlay will hitch a ride on its GPS signal. Like the dual-band router, it’s all for the sake of minimizing interference.

“Your phone has a modem, and it also has a Wi-Fi receiver, and it also has GPS — and if you’re connected to Wi-Fi and you’re trying to use GPS at the same time, there can be interference,” Bird-Martinez said. “If you’re using wireless [CarPlay], you must have a navigation system in your car.”

For similar reasons, don’t expect automakers to enable conventional Apple CarPlay or Android Auto to work wirelessly down the road. It’s doubtful that many of them, if any at all, have the right hardware.

Does the Connection Require a Paid Subscription to the Car’s Wi-Fi?

No. The Wi-Fi hot spot is separate, enabling devices inside the car to go online without using cellular data. Cars with it generally charge a monthly subscription fee after a free trial period, but BMW and Audi both confirmed the subscription need not be active for wireless Apple CarPlay to work.

One final caveat: Without any active Wi-Fi hot spot in the car, Apple CarPlay and Android Auto will likely use your phone’s cellular data regardless of whether it’s through a USB cord or wireless connection. That, of course, may result in you incurring extra charges on your cellphone bill depending on data usage.

Is the Wireless Connection Slower Than a Physical Connection?

It shouldn’t be. Google’s Chen called the data transfer for wireless Android Auto “robust,” adding that the experience “should be consistent whether the user is connected via USB or wireless.”

Apple officials did not respond to Cars.com’s questions for this report, but IHS Markit’s Bird-Martinez said a wireless connection shouldn’t add much lag. “The purpose of the dual band is to make sure the screen projection isn’t on the same channel as devices connected to the hot spot,” he said. “In theory, the latency should be minimal.”

When Will More Cars Have Wireless Apple CarPlay and Android Auto?

It’s hard to say. Chen said wireless Android Auto “will expand [among automakers] over the coming year or so,” while Audi said it expects wireless Apple CarPlay to become available across most of its lineup in the 2020 model year. Mercedes-Benz said last year that its forthcoming MBUX multimedia system would support wireless CarPlay, but a spokeswoman told Cars.com that no model-year 2019 vehicle has the feature.

Bird-Martinez warns that the full cost of hardware will limit which cars offer it at first.

“Requiring the GPS [and] navigation and the dual-band router is expensive tech that you’ll usually only find on luxury cars right now,” he said. “It’ll grow slowly over the next couple of years.” 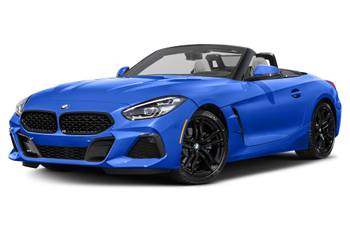 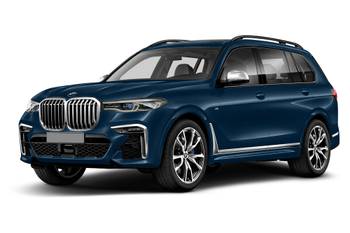