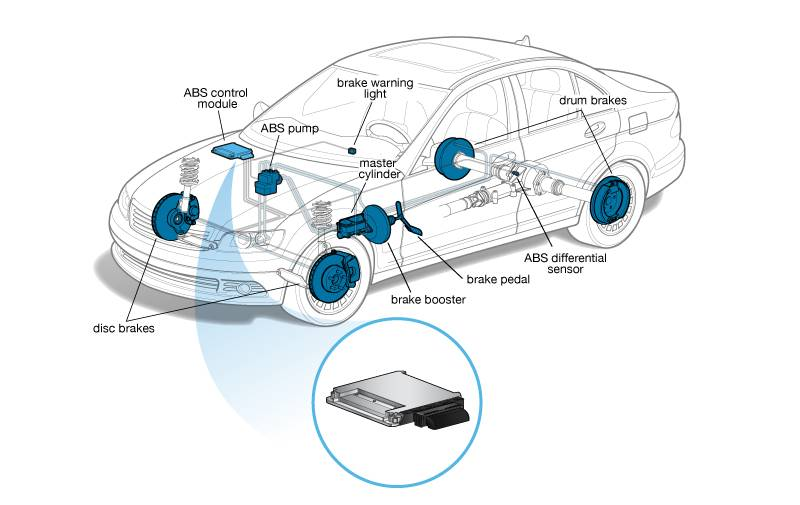 The ABS control module is a microprocessor that runs diagnostic checks of a vehicle’s antilock braking system and processes information from wheel-speed sensors and the hydraulic brake system to determine when to release braking pressure at a wheel that’s about to lock up and start skidding. Antilock brakes have been available since the 1980s and are standard on all 2012 model-year and later vehicles because they’re an integral part of electronic stability control, which has been required since 2012. Antilock systems prevent skids when braking, and stability control intervenes to prevent skids even when the brakes aren’t applied. A dashboard ABS warning light is supposed to come on for a few seconds every time a vehicle is started, but if it comes on while driving it signals that the control module has conked out, a wheel sensor has failed or another problem has developed. On many vehicles, the brakes should still operate normally when the warning light is on, but the antilock function won’t work. On some vehicles, though, braking ability will be reduced if the antilock system malfunctions, and stability control and traction control (on vehicles with those features) might also be disabled. An ABS warning light usually triggers a trouble code that can be read with a diagnostic tool to help mechanics pinpoint the problem.