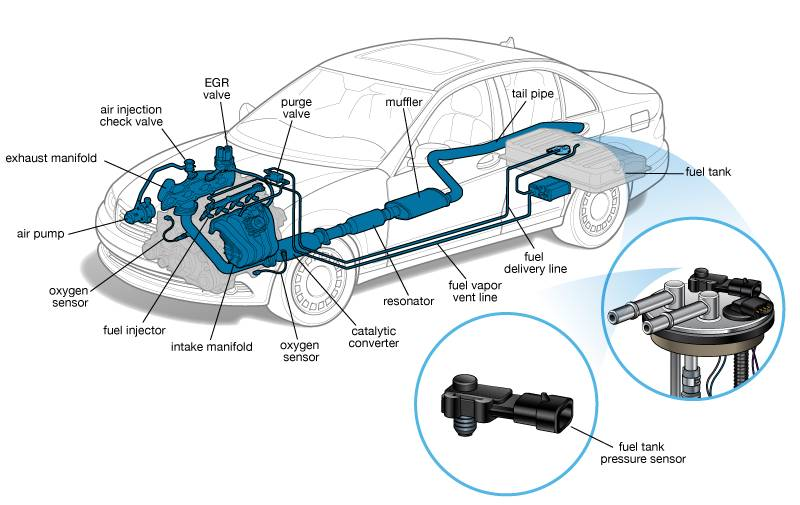 The fuel tank pressure sensor is part of the fuel pump assembly and is mounted on top of the tank or inside the tank. It’s part of the evaporative emissions system (commonly referred to as “EVAP”) and reads pressure in the fuel system to detect evaporative leaks, such as a loose or faulty gas cap. Fuel vapors are supposed to be contained in the EVAP system, and leaks can allow vapors to escape into the atmosphere. The sensor is connected to the engine computer, and when the sensor detects a leak, or if the sensor itself fails, it illuminates the “check engine” light. Mechanics can read a trouble code to trace it to a leak in the evaporative emissions system or the sensor. Fixing an evaporative leak may not require removing the fuel tank, but checking or replacing a faulty sensor usually does.