See all 54 vehicles from this dealership.

This seller has been on Cars.com since November 2003.
Willy Herold Automotive serves Columbus Auburn Opelika Phenix City Fort Benning Buena Vista Smiths Station LaGrange Tuskegee Union Springs and surrounding areas. Our staff is here to assist not only in your next pre-owned car truck or SUV purchase but with your current vehicle's service maintenance and collision repair too!!
Willy Herold Automotive - You Drive Us! 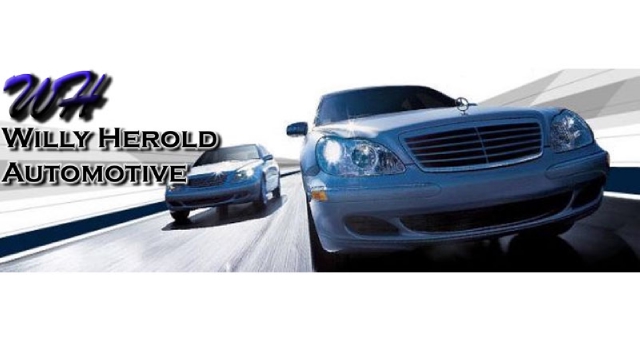 Quickly responded to all my questions.

Quickly responded to all my questions. Very friendly and helpful when we arrived at the dealership.

October 4, 2021
By Alexis Thomas on DealerRater

Great experience and great customer service and friendly and well put together. I love it

I was told I could not buy a car from here because I work as a part-time pizza delivery driver. That's at the most 15 hours a week driving. Even if I paid cash for the car. I'm sorry, but if your car wont hold up for 15 hours of driving a week, then keep them.

No Hassle Organization. I recommend Willy Herold with all...

No Hassle Organization. I recommend Willy Herold with all my heart. Please look them over before choosing another dealership. If you have cash they will work a DEAL EVERY TIME

Purchased three vehicles here. Never had a problem till the third purchase. I never asked them to come down on vehicles price but to pay for the tax and title which they did. The third vehicle same agreement but I ended up paying full price and the tax and title. The owner is rude calling me a liar and his records did show that not do they do that. He is the liar. Gil's has treated me fair and even paid a ticket on my behalf because they didn't my tag in on time and I received a ticket.

Rating breakdown (out of 5):
0 people out of 2 found this review helpful. Did you?
Show full review
2.0

Transmission Needed within 15 mos of Purchase

I purchased a vehicle from this dealership...... 15 mos. later the vehicle needs a transmission. Beware their cars are bought from auctions and they are unable to provide a carfax. Customer service is ok, until after the purchase is made. At this point, they're impossible to deal with.

Thank you Regretful Buyer for your comments regarding your automotive situation. Based on the information you provided, we are unable to locate the buyer or automobile inquestion. As a point of clarification, we provide a limited warranty on all vehicles sold which includes transmission failure, unless the sold vehicle has a remaining manufacture warranty. Also, a current car fax report is provided on all vehicles when requested.

Purchased a vehicle from this dealership...... 15 mos. later the vehicle needs a transmission. Beware their cars are bought from auctions and they are unable to provide carfax. Customer service is ok, until after the purchase is made. At this point, they're impossible to deal with.

Rating breakdown (out of 5):
4 people out of 4 found this review helpful.
Show full review
5.0

Had the best car buying experience I have ever had. Told them what we wanted to spend and they did exactly that no pressure to spend more.

Thank you Lucile for your kind words. It was a pleasure to work with you in assisting your automotive needs.

We got a fair deal, but it was disappointing that the check engine light came on two days later for a low voltage battery and O2 sensor.

May 3, 2019
By Owner tells me he's doing me a "favor" by even coming inside from cutting grass to me. from Columbus, GA

Darnell Smith how I wish I had read your comment prior to stepping foot on to this car lot, located at 4320 WARM SPRINGS RD. It is VERY apparent that racism oozes just below the surface of W.H. and J.L. I purchased a car from this place almost a month ago and have yet to receive the 2 remote keys that I was promised prior to the transaction. Instead I was given 1 key that had obviously been rigged just enough for it to work. Secondly, the tire pressure light came on within days of driving the car off the lot. My daughter took the car back for them to take a look at it. She was told the sensor needed to be replaced and it would cost $70. I spoke with Willy and asked if they would take care of it, given the circumstances, to which he agreed. I received a call from the Willy yesterday, told me to have my daughter bring the car by, so that he could program the keys (that we've been getting the run around on for the last 3 weeks.) She gets there within 45 mins of the call and he's gone. She was told by the workers that his wife had made him come home. I received another call from Willy this morning, telling me I could come back today, so he could program the keys, but to call first, which I did. I get there, give the key to one of the shop workers (rude) he pulls the car to the shop. In the meantime, I'm sitting waiting, Willy passes by me SEVERAL times and pretends not to see me, did not say a single word. Finally, when he was finished with the key (not keys,) because he messed up the first one. He told me he would have to order another one, now that he knows what he's doing... I proceeded to tell him how rude the people there are, including him for walking past me at least 10 times and not acknowledge me with a simple hi. He in turn tells me he didn't know he needed to speak and that I'm the rude one. He goes on to tell me that he did me a favor by stopping cutting grass, to come in to help me. Wow, really Willy? A favor? Is that what you call it. I was thinking more along the lines of, you were doing your job. As I was leaving (still short 1 key) he tells me he was going to fix the sensor as a courtesy, but since I said he was rude, he's not going to fix it. How evil and unprofessional is that? Furthermore, what REAL MAN goes back on his word? Willy, if you're able to sleep at night, treating your customers this way, then have it at, but just remember, God has the last say in every situation.

Rating breakdown (out of 5):
2 people out of 2 found this review helpful. Did you?
Show full review
See all 25 reviews