See all 235 vehicles from this dealership.

This seller has been on Cars.com since June 2012.
Gates Chevy World has the best selection of NEW 2020 Chevrolet cars trucks and SUVs in Northern Indiana. Our experienced sales staff will help you select that new or used car you have been searching for. For years our financial staff has offered expert advice for those seeking a new or used car loan or great Chevrolet lease. Our service doesn't stop there; Mishawaka area customers can take advantage of our knowledgeable factory-trained Chevrolet technicians and a fully-stocked inventory of Chevy parts.
Gates Chevy World: Price. Selection. Trust. 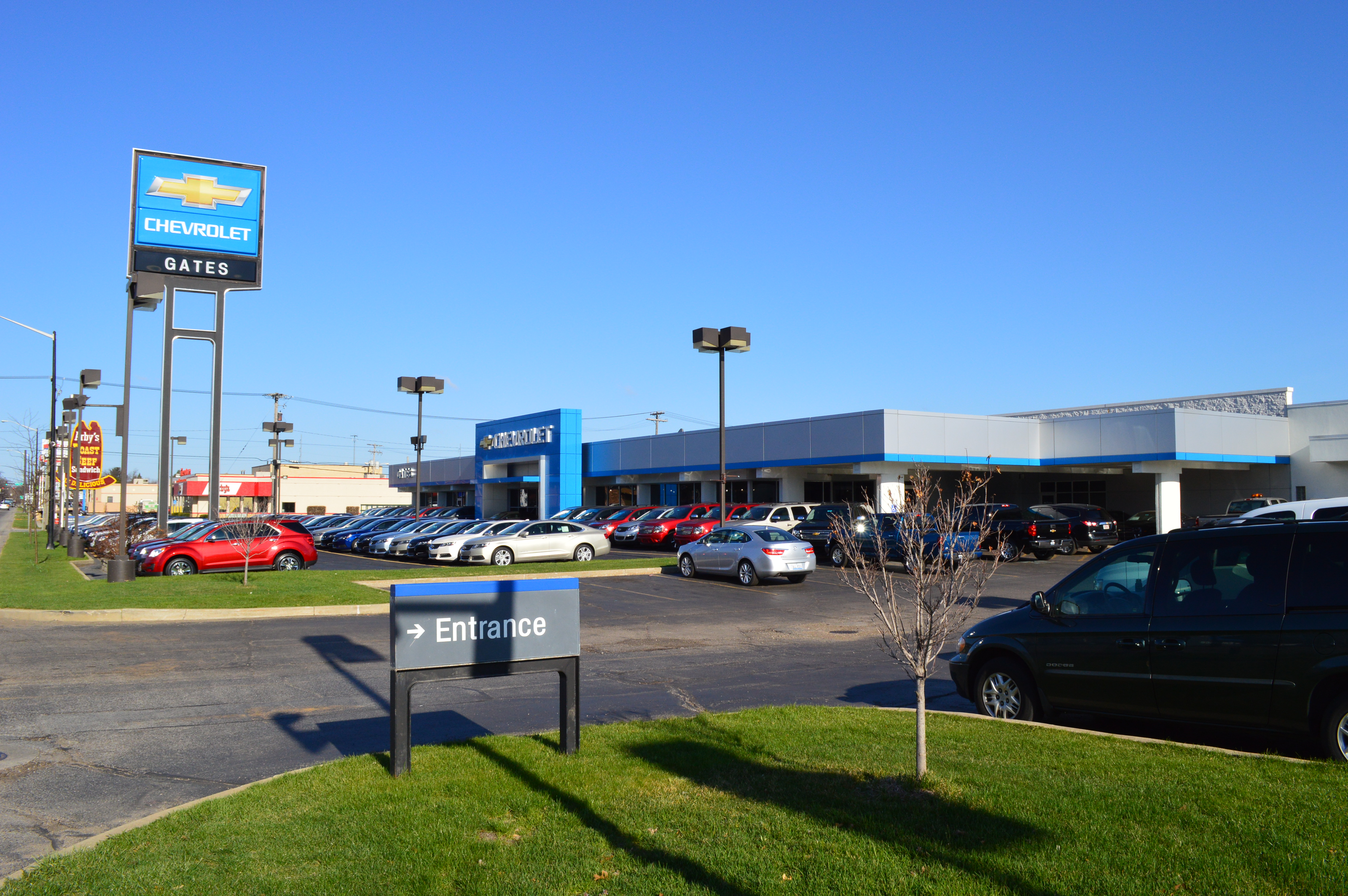 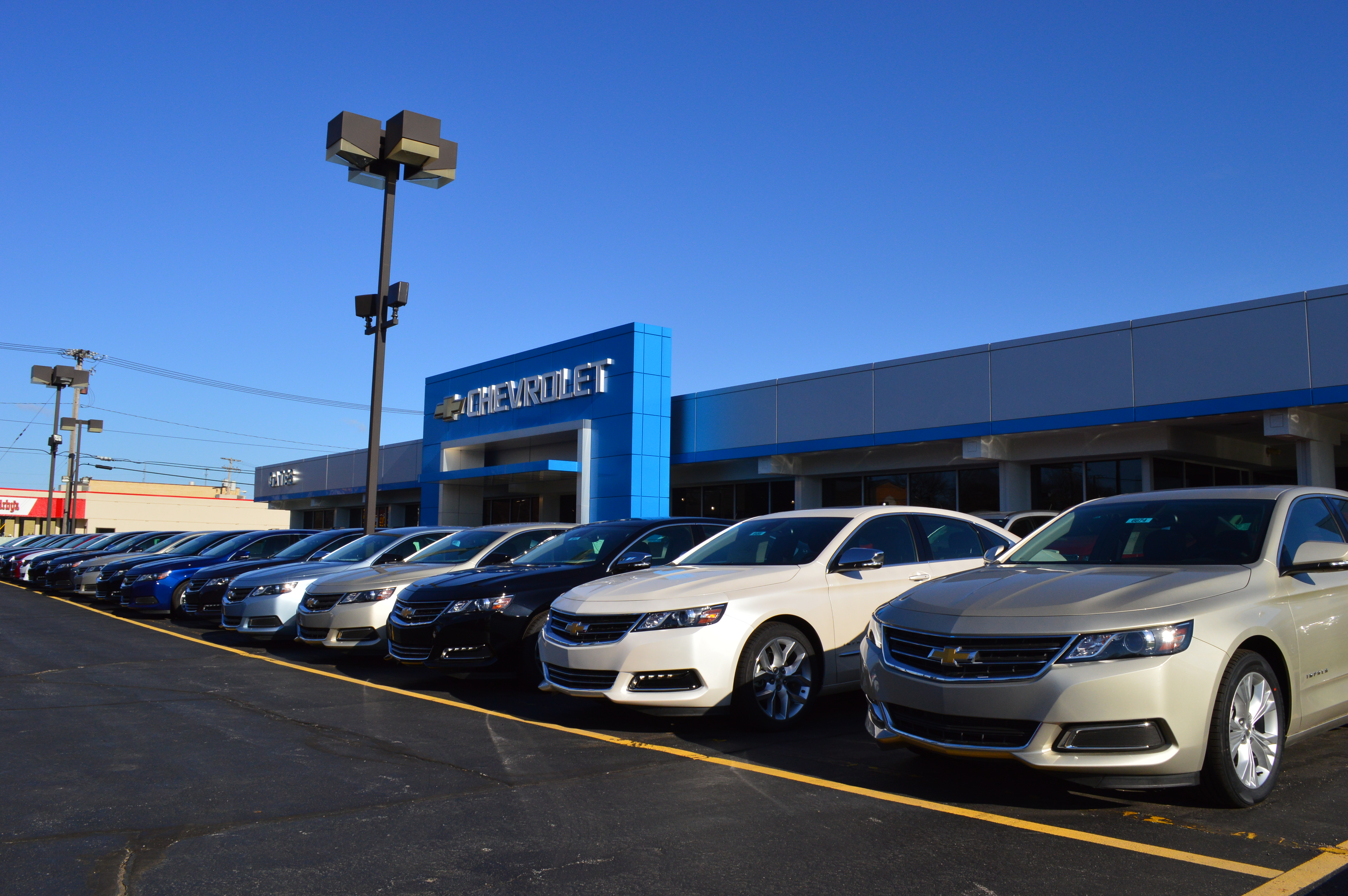 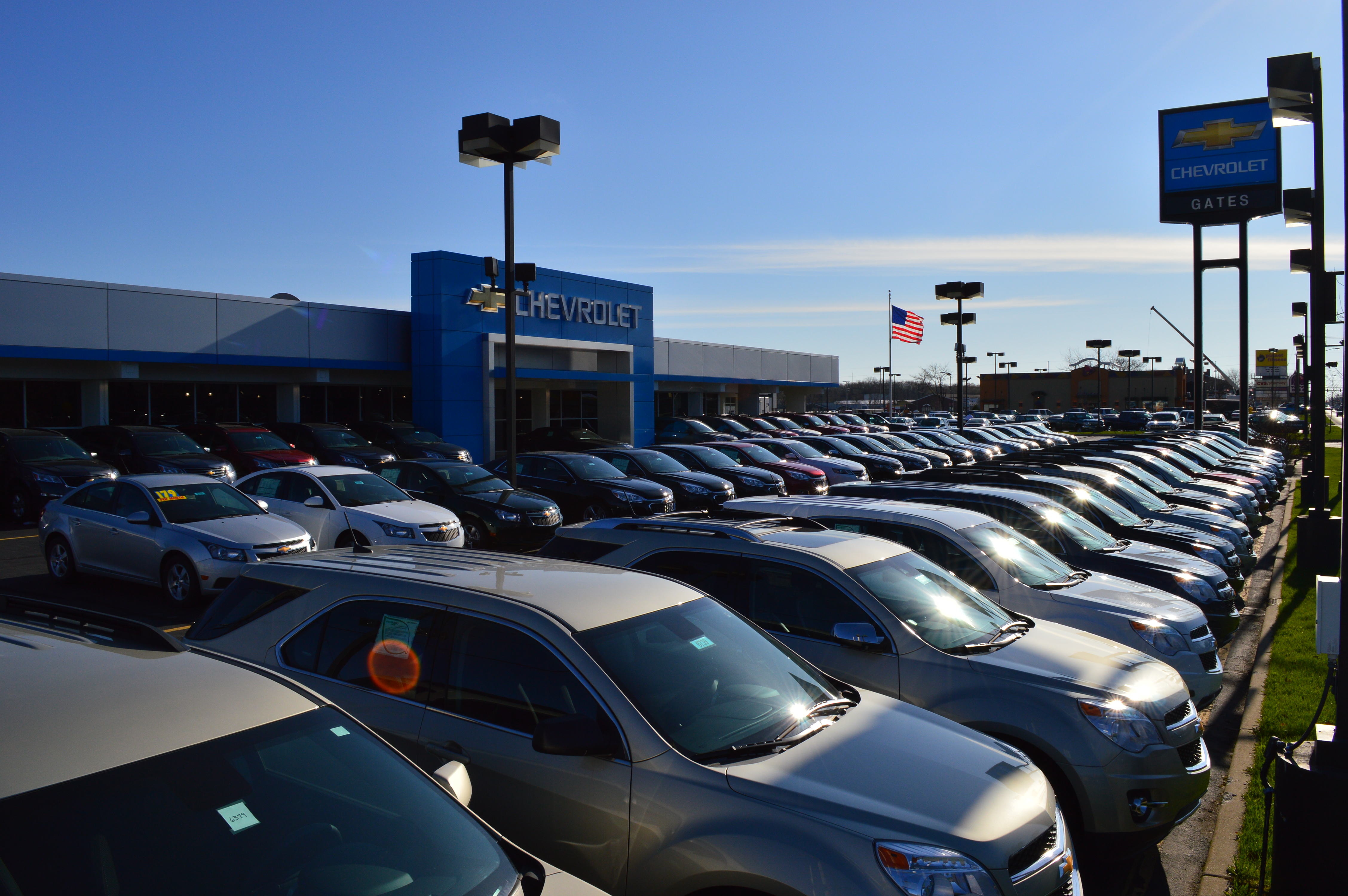 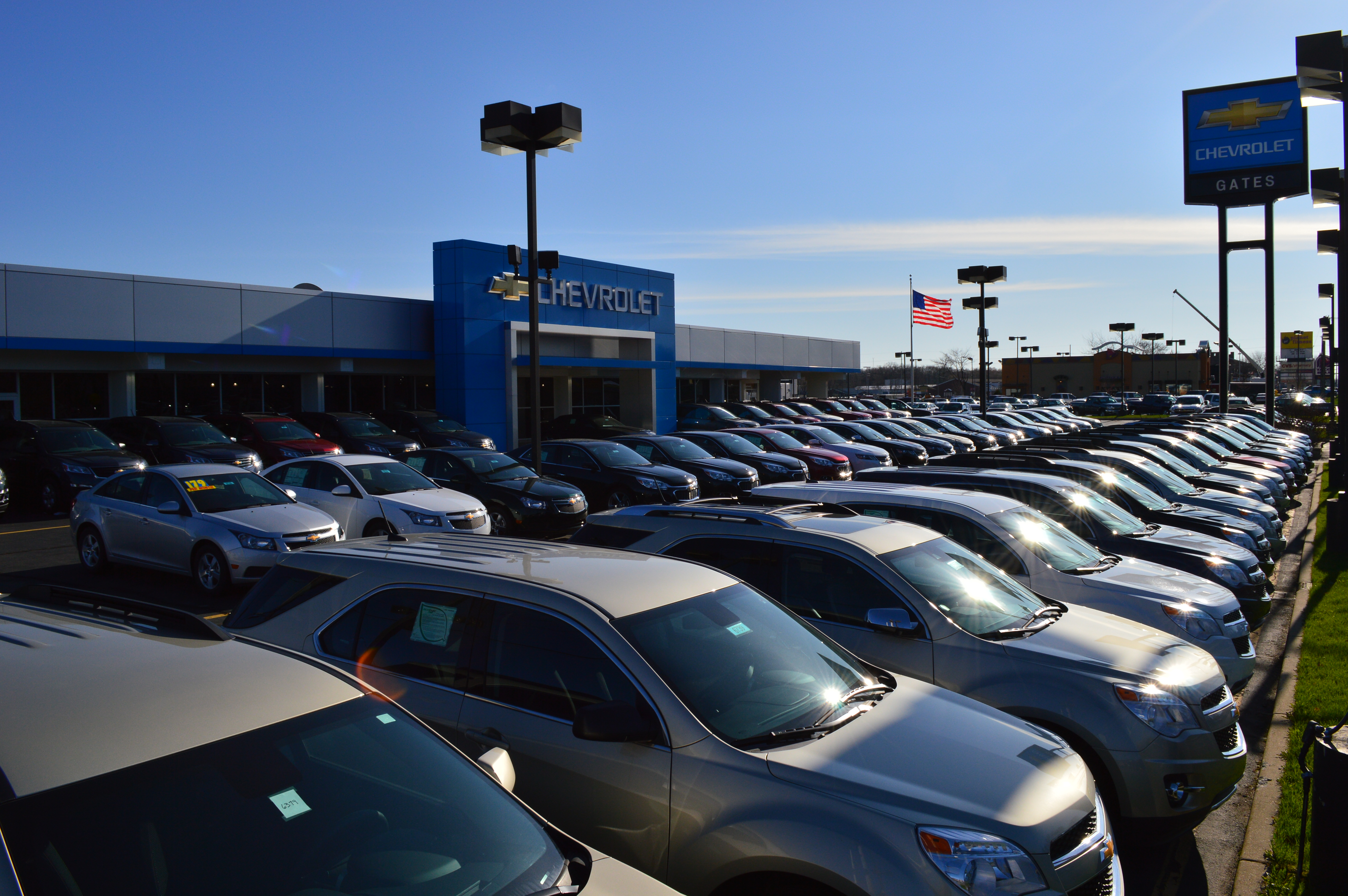 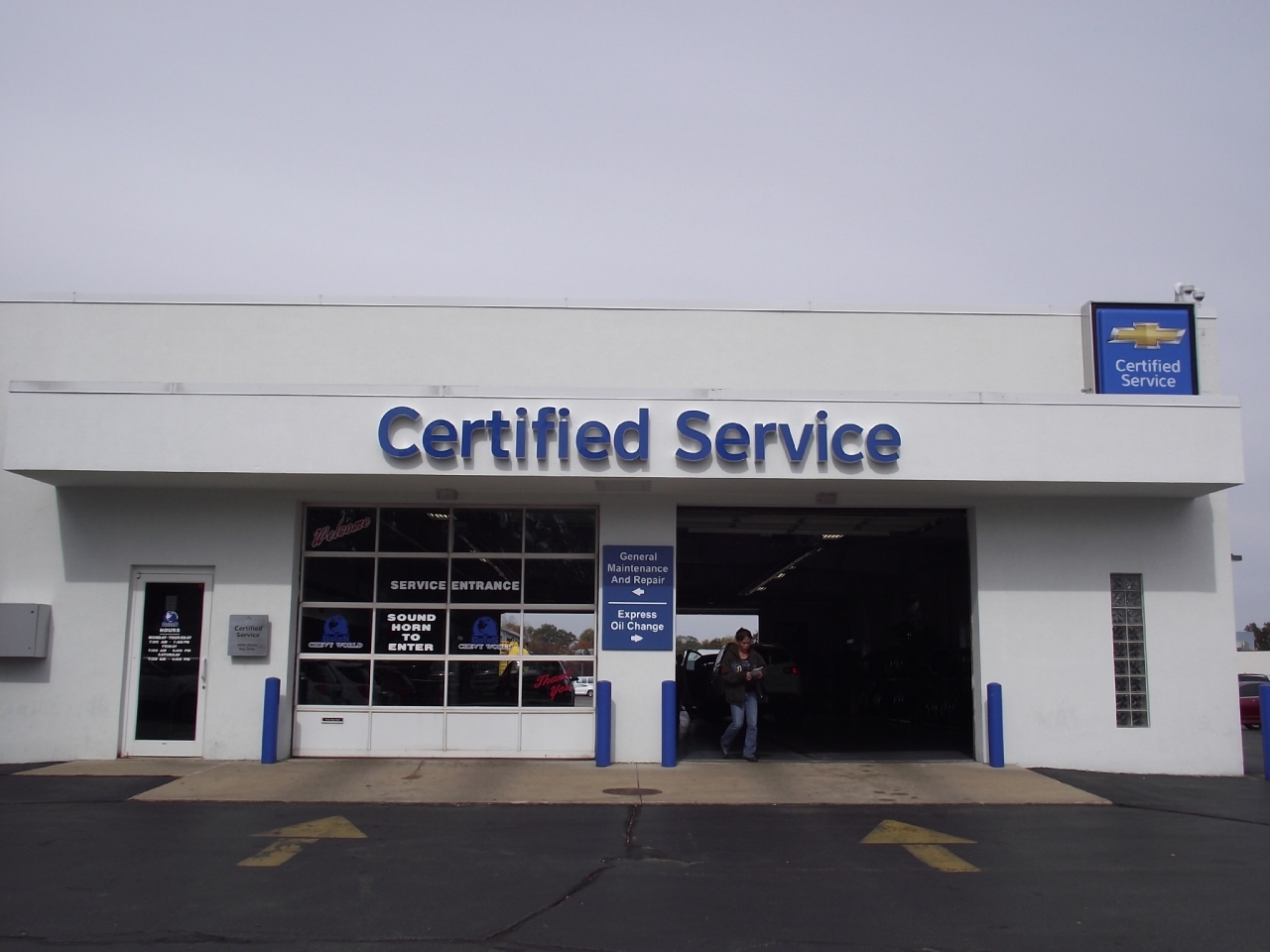 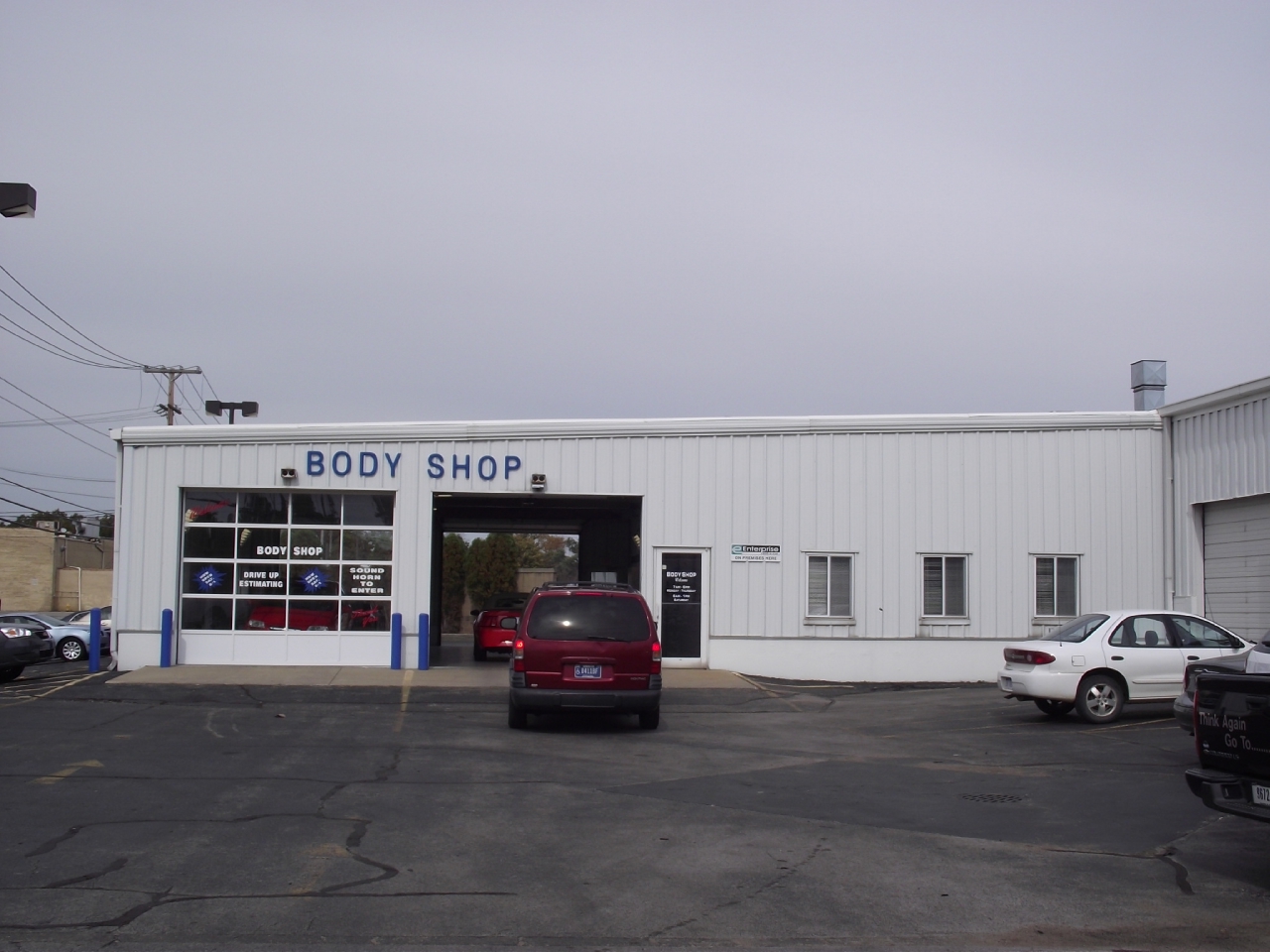 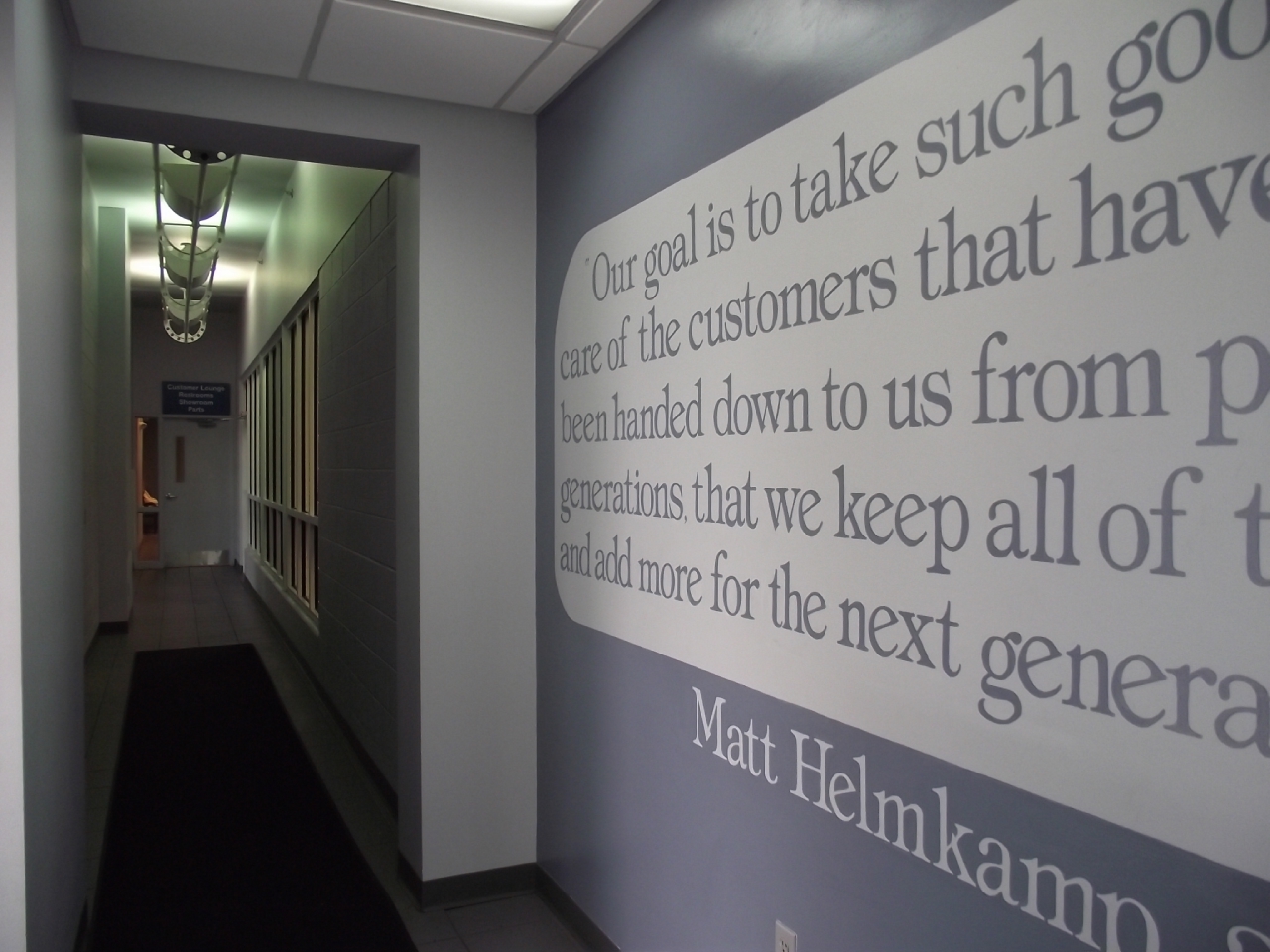 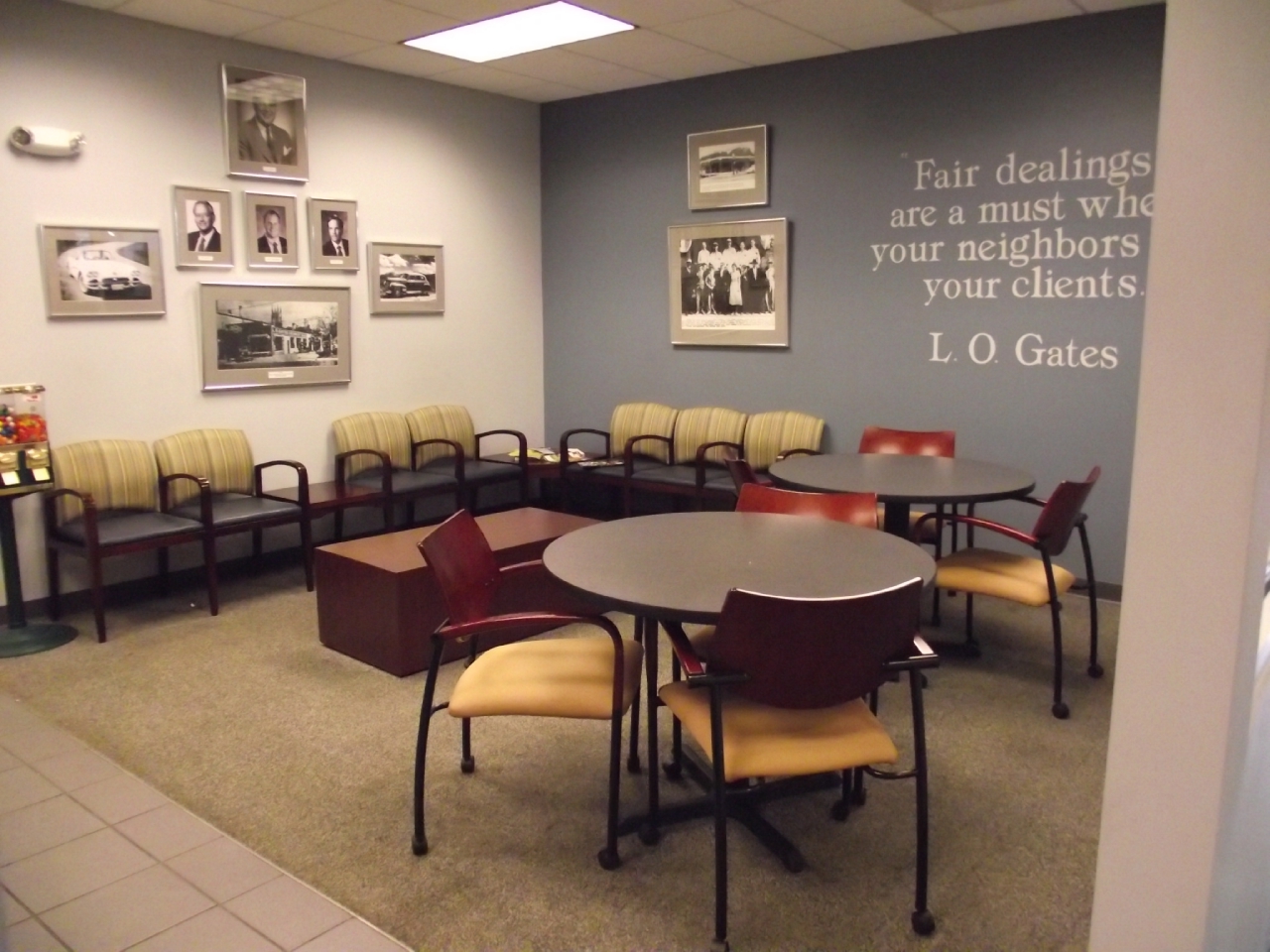 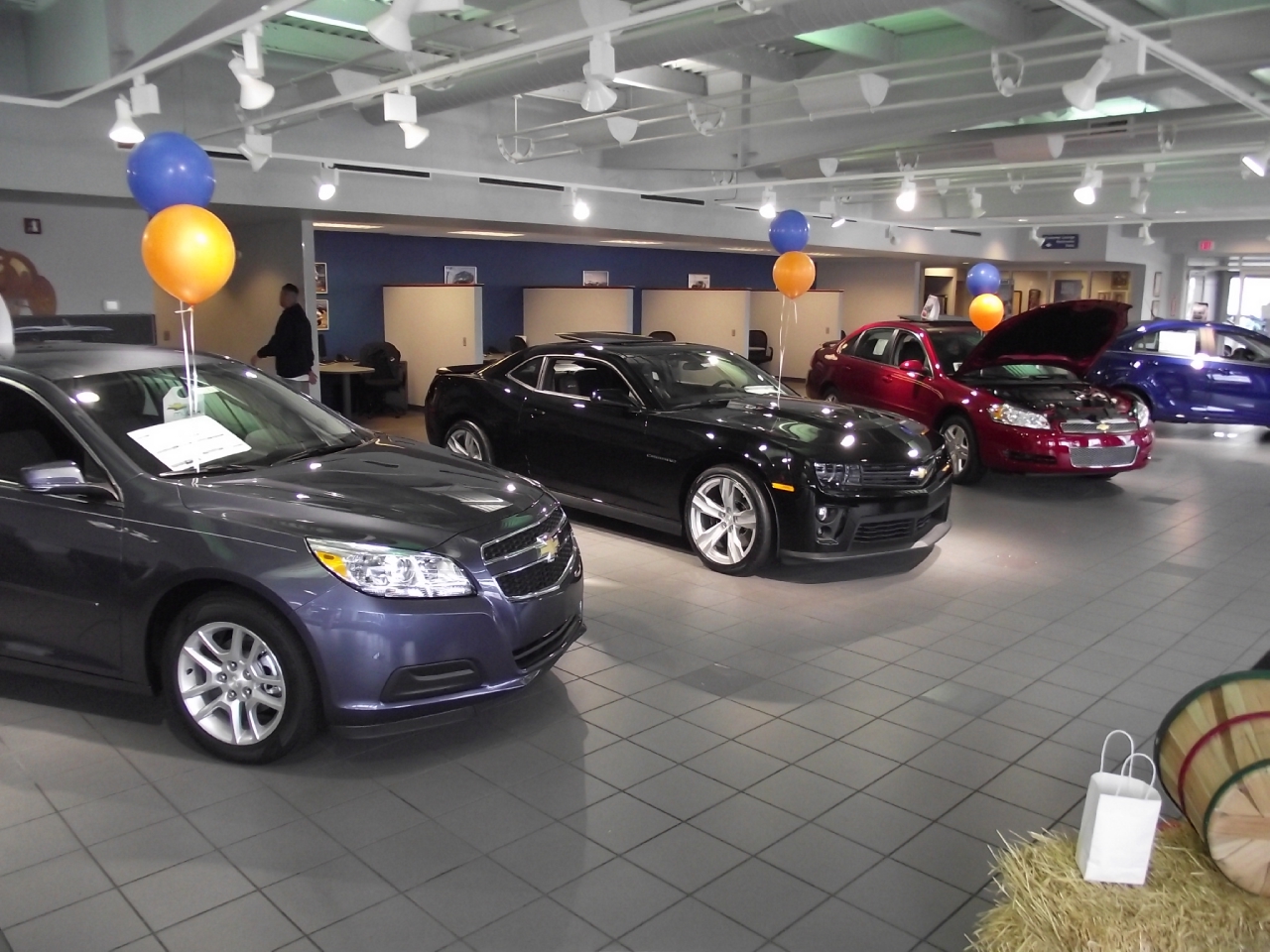 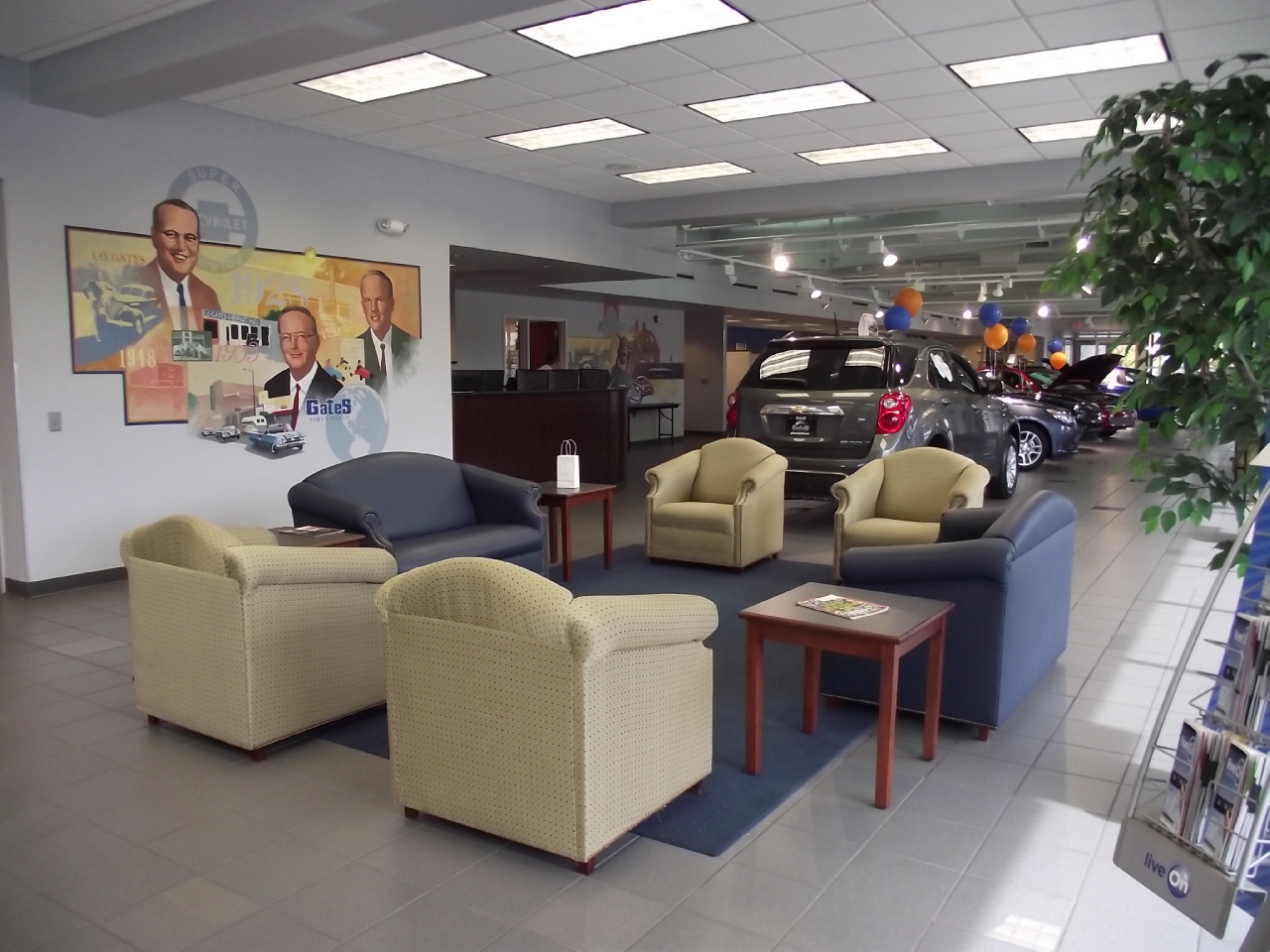 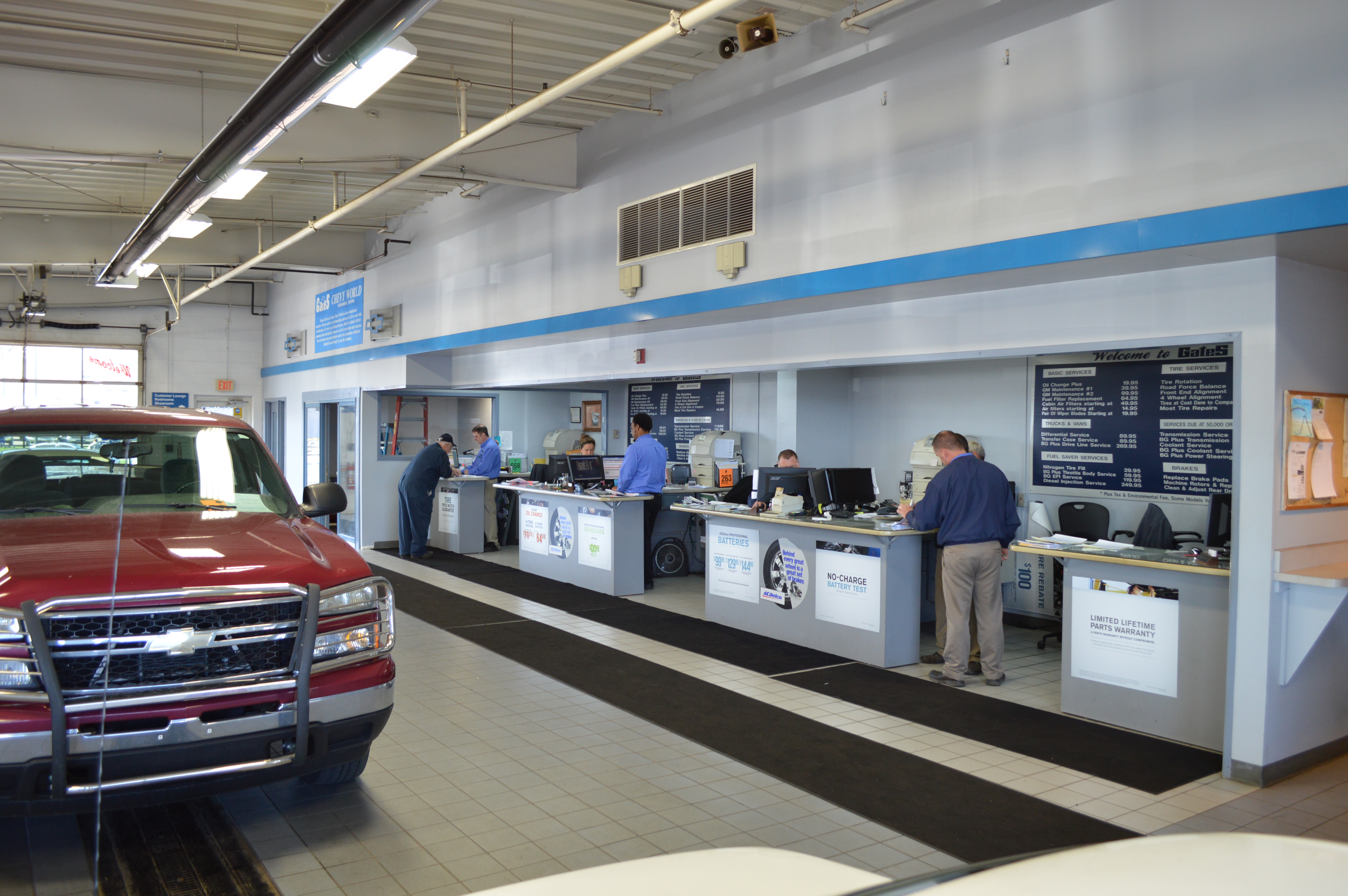 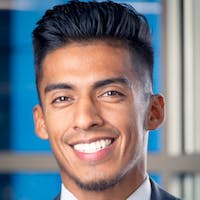 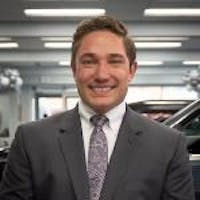 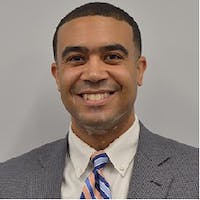 A dealership's rating is based on all of their reviews, with more weight given to recent reviews. Includes reviews of Gates Chevy World from DealerRater.

Charlie, thank you for leaving us feedback. We are disappointed to hear that your experience was not a positive one. When you have an opportunity, please reach out to us at (800) 590-0502 so we can try to restore your confidence in our business. Thank you again for taking the time to reach out to us, and we hope to hear from you soon.

I would not go anywhere else!

Great attentive service! Bill Alter went out of his way to make the whole process as easy as possible. Thank you so much. We love our car!

Shari, we're happy you found our staff to be so supportive during your experience here at Gates Chevy World, INC.. We are always more than happy to assist you if anything else comes up. Take care!

It has been a week since I left a message to GREG WOLFE- Manager @ Gates Chevy World Mishawaka Branch but until now, not a single word was heard from him. When we came and did business with him, he was totally a nice fellow but he was not really transparent to us. There were informations, he missed to discuss to us. We totally TRUSTED him, 100% . But we found out, that there are some important details he did not tell us( not sure if it was deliberate or not). Now that we need to talk to him and discuss this issues, he NEVER call us back. Where is "the service to the people/client" thing? We deserved to be treated right and respect. He made us post this review . Maybe it will call his attention and give us a call. We are good customers and we bought several cars from Chevy. WE DON'T DESERVE TO BE TREATED THIS WAY. Our call is also important. We are EXCELLENT paying customer.

We apologize that you have not heard back from anyone at the dealership. A member of our staff will be reaching out to you shortly. We appreciate your business and look forward to speaking with you soon.

JB helped me through this warranty repair. His customer service skills are excellent his knowledge of the vehicle and repair process was thorough. He arranged a rental for me due to the multiple days required for the repair. He kept me up to date with phone calls.

John, we are very happy to have provided you with such a positive experience! Thank you so much again for your feedback! We hope you have a great day!

Talk big, only care about sales

September 23, 2022
By Not impressed from Berrien Springs, Mi

Really liked the used car they had for sale, but it hadn’t even been detailed, much less inspected, and there was a check engine light on. the salesman wanted us to buy it on the spot, before inspection, based on their supposed great reputation and word that they would fix anything wrong after purchase. Refused to have it inspected before purchased/papers signed. talked big about how he/they care so much about their customers and want them to be satisfied and happy, but when came down to it, only cared about selling the car that night and wanted the customer to take all the risk based on their word alone. Salesman smooth talker but pushy and started squirming as soon as I resisted and started pushing back about the inspection. Am disgusted that someone thinks it’s acceptable to do business that way, even in this current market. Was told to ask for Drew when got there, then Andrea was the one who showed up, but handed us off to Marshall, whom seemed nice at first but was just out to make the sale, not looking out for the customer.

We work hard to provide a fantastic experience to everyone. It's discouraging to see that you had a negative experience. We'd like the opportunity to turn your experience around. Please reach out to us at (800) 590-0502 at your earliest convenience to discuss how we can turn this experience into a positive one.

Everyone does the best job ever. The help you in every way they can.

Hello, we are very happy to have provided you with such a positive experience! We are always more than happy to assist you if anything else comes up. Take care!

TL;DR at the bottom of the review. I bought a 2010 Chevrolet Impala from them 2 years ago. It's our second car and I work from home, so in these two years barely 2k miles were added to the car. Now about two weeks ago, I dropped the car for a few issues that had started to appear. After a couple of days, I get a call telling me that the spark plugs, the engine mount, and a slew of other issues will need $3400 to get it all fixed. I agree as it was less than the $5k that I paid for the car. A week past the day at which they were supposed to be done, I get a call telling me that as they fixed the leaking transmission, they saw metal chips in the transmission, 'the worst they had ever seen'. At this point they want me to go from paying $3400 to $6400 to get the transmission fixed too. Because the transmission worked just fine when I dropped the car off (this wasn't part of the items to fix), and because I am not gonna have them get more money from me to fix the lemon they sold me, I told them to just fix the rest, but to leave the transmission. They ask for a day to put the car back together. The next day I get a call that after putting the car together 'the test drive showed that the transmission was acting up a bit'. I come by the shop. The manager (to which I had not asked to speak, since I just wanted my car back), try to convince me to drop an extra $3k to do the transmission, which again, I refuse. After way to much back and forth, when they all explain to me again that none of this is their fault in any way, I finally get them to give me my car back. At this point I have to wait for Johnny to get my bill together since 'he didn't know I would be getting my car back'. I had only said so three times in two days... He manages to get my bill together and surprise, surprise, it's now $4k instead of the $3400 we agreed on. I point it out, and he get frustrated at me when I insist to have the extra charge removed, but oblige. I then get my key (singular because they were supposed to get a new key done, but they mess that up too), and get in my car. Turns out, it doesn't have an issue with the transmission when you drive it. No, instead it just does not drive at all. The transmission is dead as a door knob. Not only that but lot of the elements they were supposed to fix (the stabilitrack, the iddle being too low, ...) are not fixed. I go back in and Johnny tells me that they couldn't do them because the transmission wasn't good. Why would they charge me for it then? Your guess is as good as mine. As for the transmission being absolutely dead? Tough luck, again not their fault in any way shape or form. TL;DR: They sold me a lemon with bad plugs, busted engine mount, and a transmission on its last leg, and then when I put it in to get repaired, they charged me $3400 to not do some of the fixing we agreed on because they were busy killing the transmission and leave me with a junk car I had to tow out of the shop. Cherry on the cake? For such great service they tried to add $600 to the bill. 10/10 would recommend if you like being scammed like you never have in your life.

Hello, thank you for leaving us feedback. We are disappointed to hear that your experience was not a positive one. We would like an opportunity to make this up to you. If you are willing, please reach out to us at (800) 590-0502 so we can work towards a resolution.

Hello, we're happy to hear you had such a positive experience with our team! We hope to be of service to you again in the future. Best wishes, Gates Chevy World, INC.

Hello, thank you for sharing your positive experience! We are always more than happy to assist you if anything else comes up. Take care!

You have a customer for Life in me

May 19, 2022
By Kimberly Rakowski from Niles, Michigan

Jim Pogotis came through once again for me. He picked out my first car that I bought there, and it was a perfect fit. Unfortunately I was in an accident and the car was totaled. I called him and told him what I was looking for again and he texted me the next day saying he found a car that just came in that would be perfect for me. As I trust him applicably, I just purchased my second vehicle through him without even seeing the car except for pictures. He got me everything I asked for in a vehicle and I am so excited to get it. I am not driving yet due to accident for another 6 weeks or so but the car will be here for me when I'm ready. My mom is so excited to be able to drive it as she has a little Ford fiesta that is hard for her to get in and out of. Mike the finance guy is amazing also he came out to the car so I didn't have to get out to sign all the papers. Everybody I've talked to there is so nice and polite and helpful. You have a customer for life with me. I can't say enough good things about everybody. Totally 100% happy with my experience. Thank you all so much!!!

Hello, we're happy to hear you had such a positive experience with our team! If you have any further questions, please give us a call. We're always happy to help!