See all 140 vehicles from this dealership.

This seller has been on Cars.com since February 2021.
Here at LaFontaine Subaru we are here to serve you. With our online shopping tools virtual appointments and door to door delivery our team members are here and ready to help you with all of your sales service or body shop needs. Shop our virtual showroom today to connect with a live team member.
The Family Deal: It's not just what you get it's how you feel. 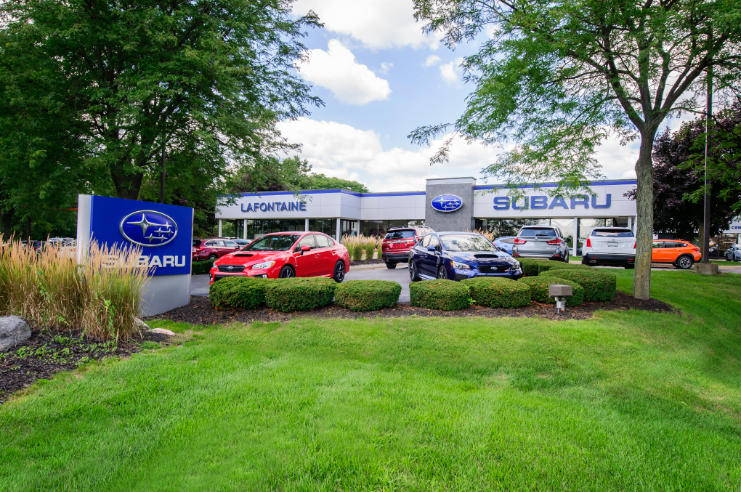 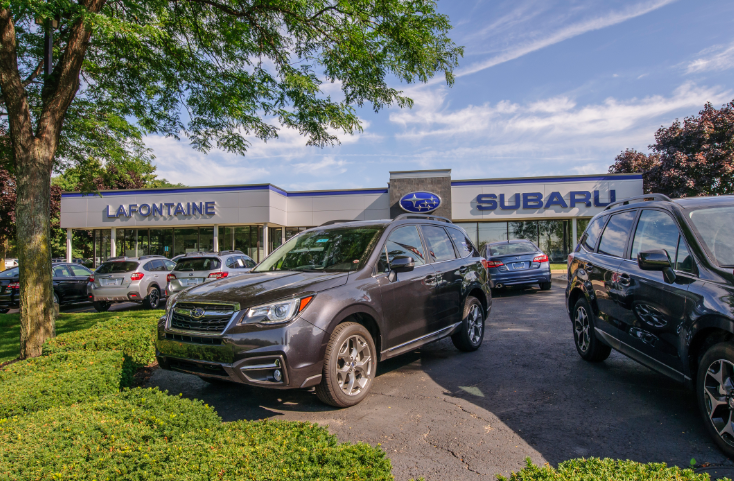 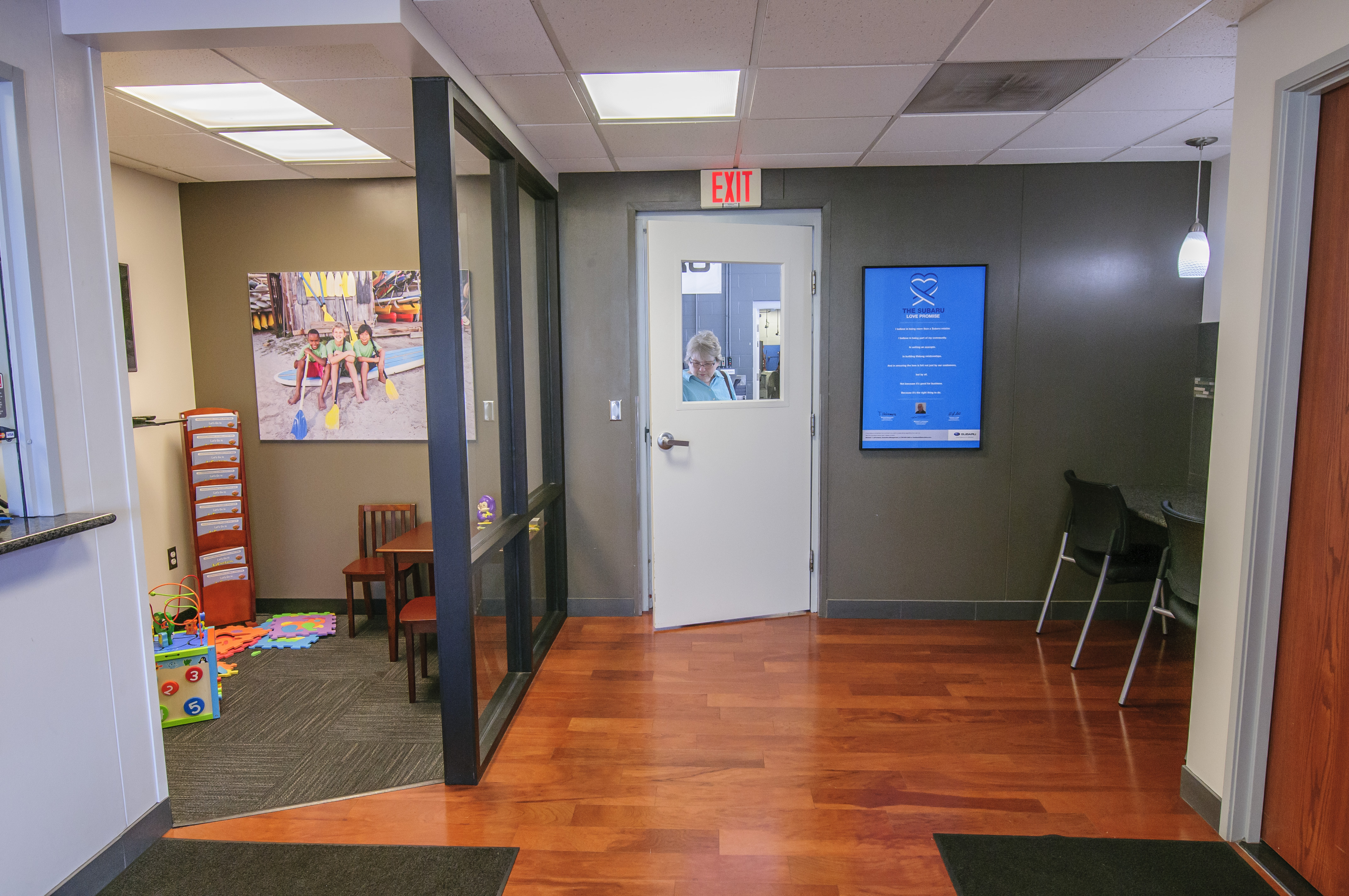 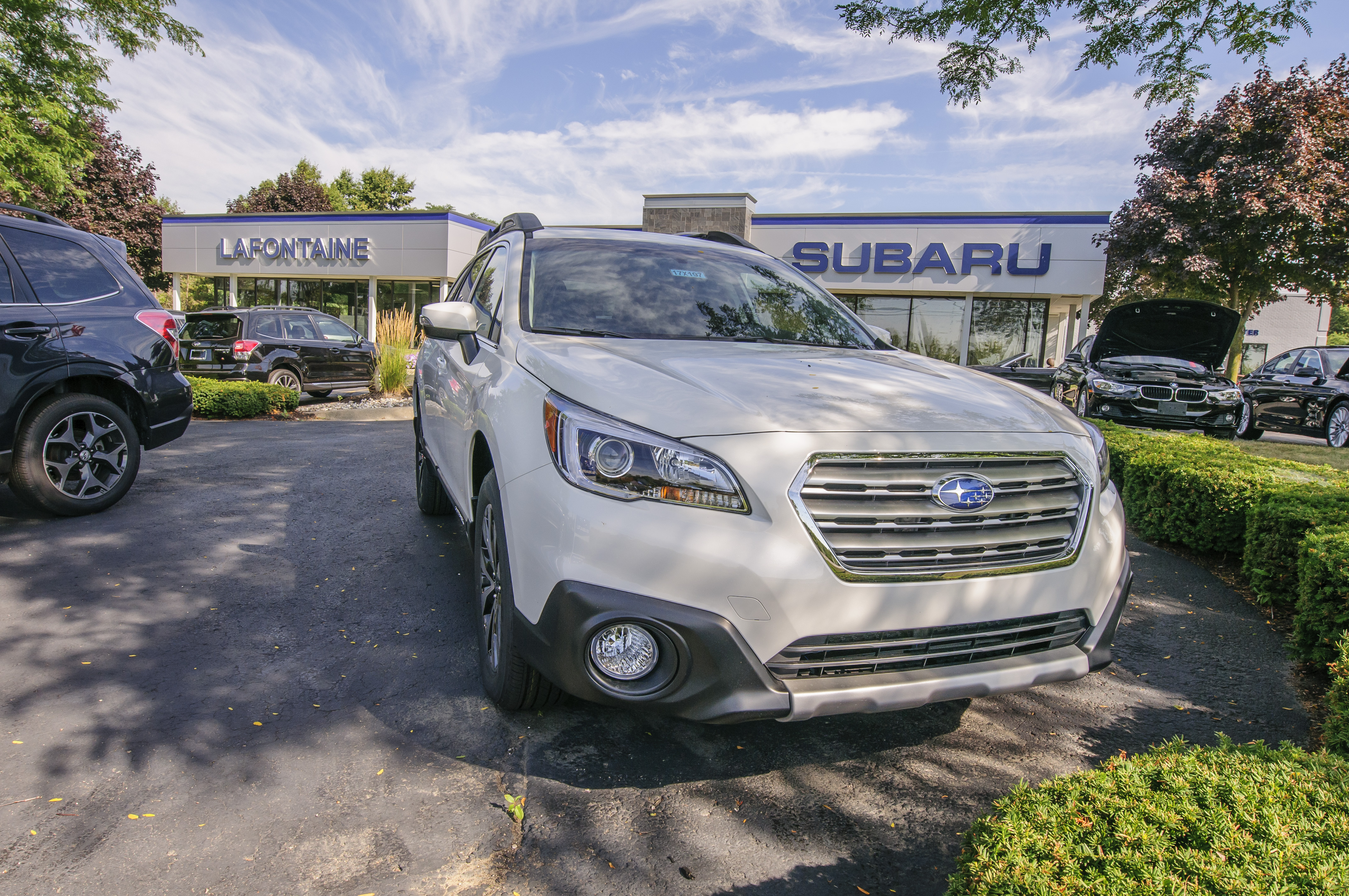 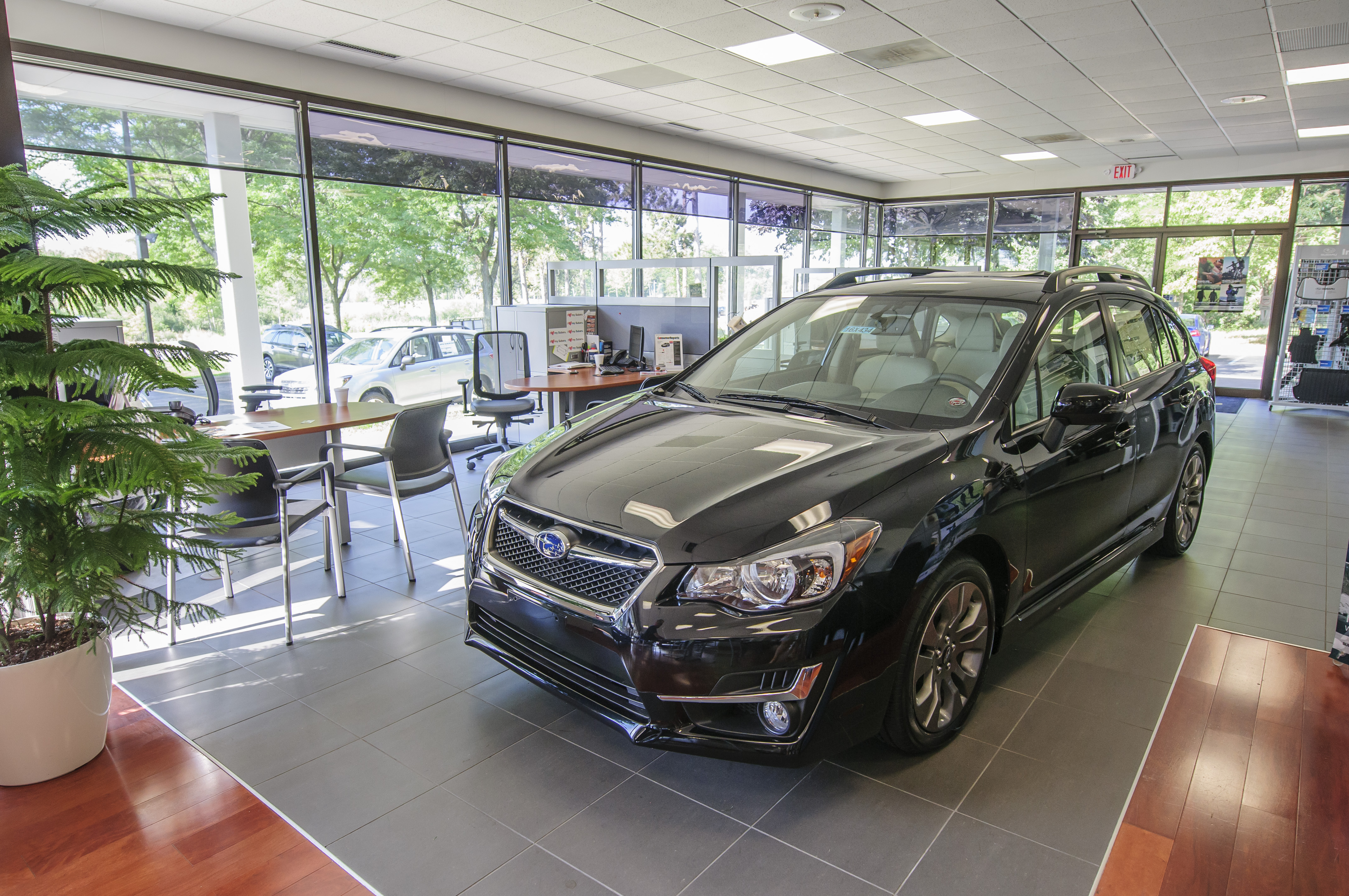 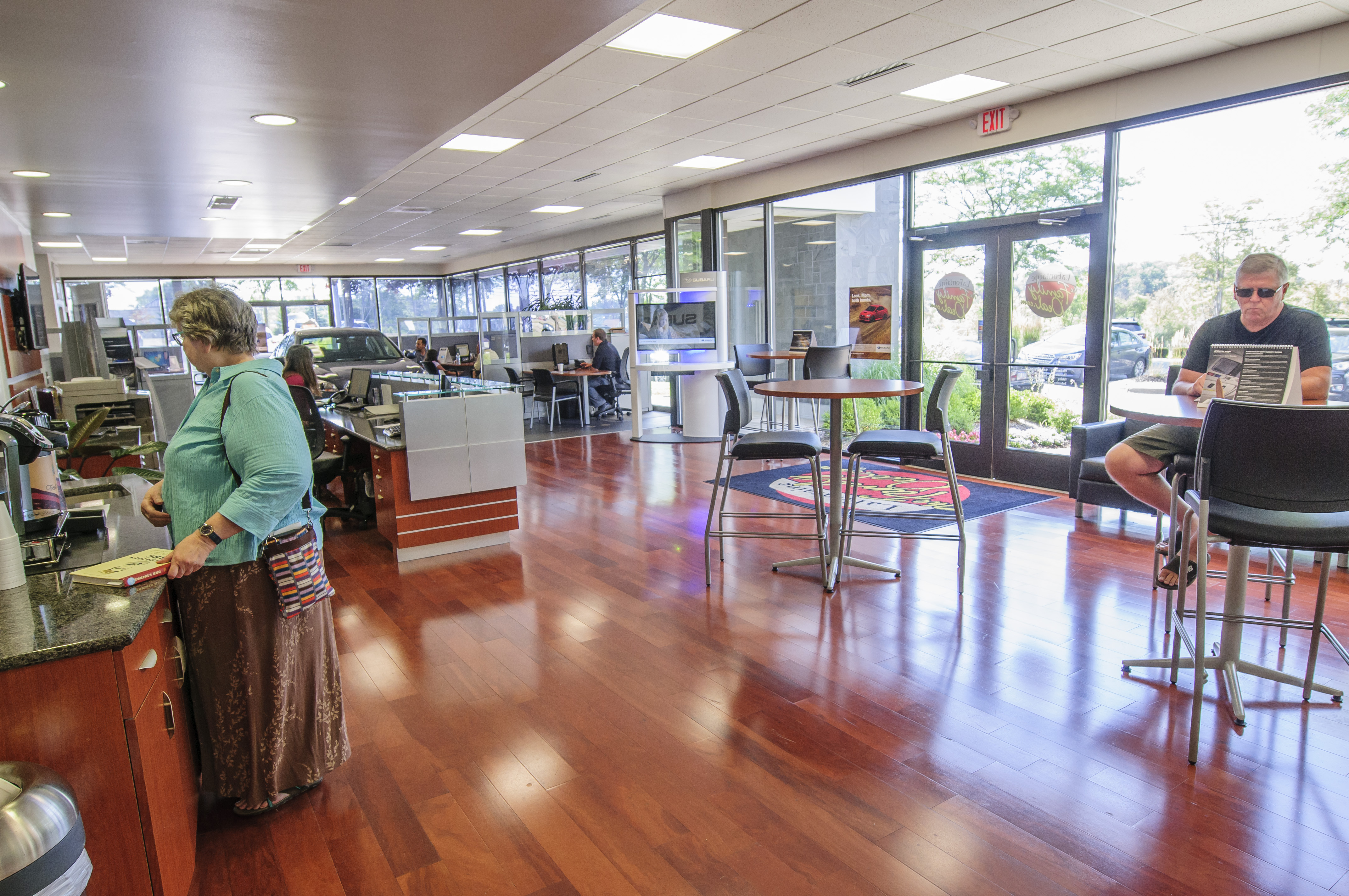 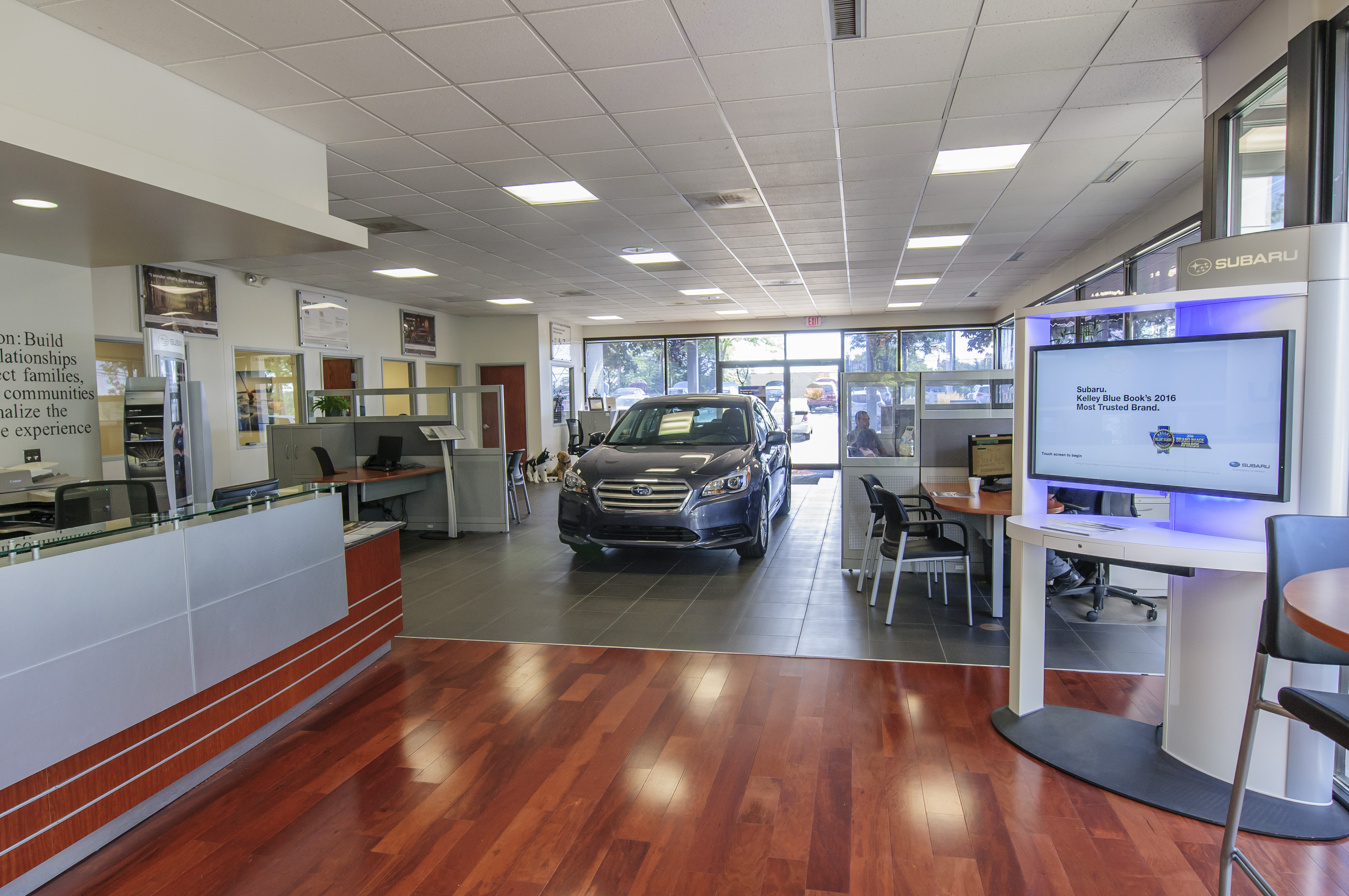 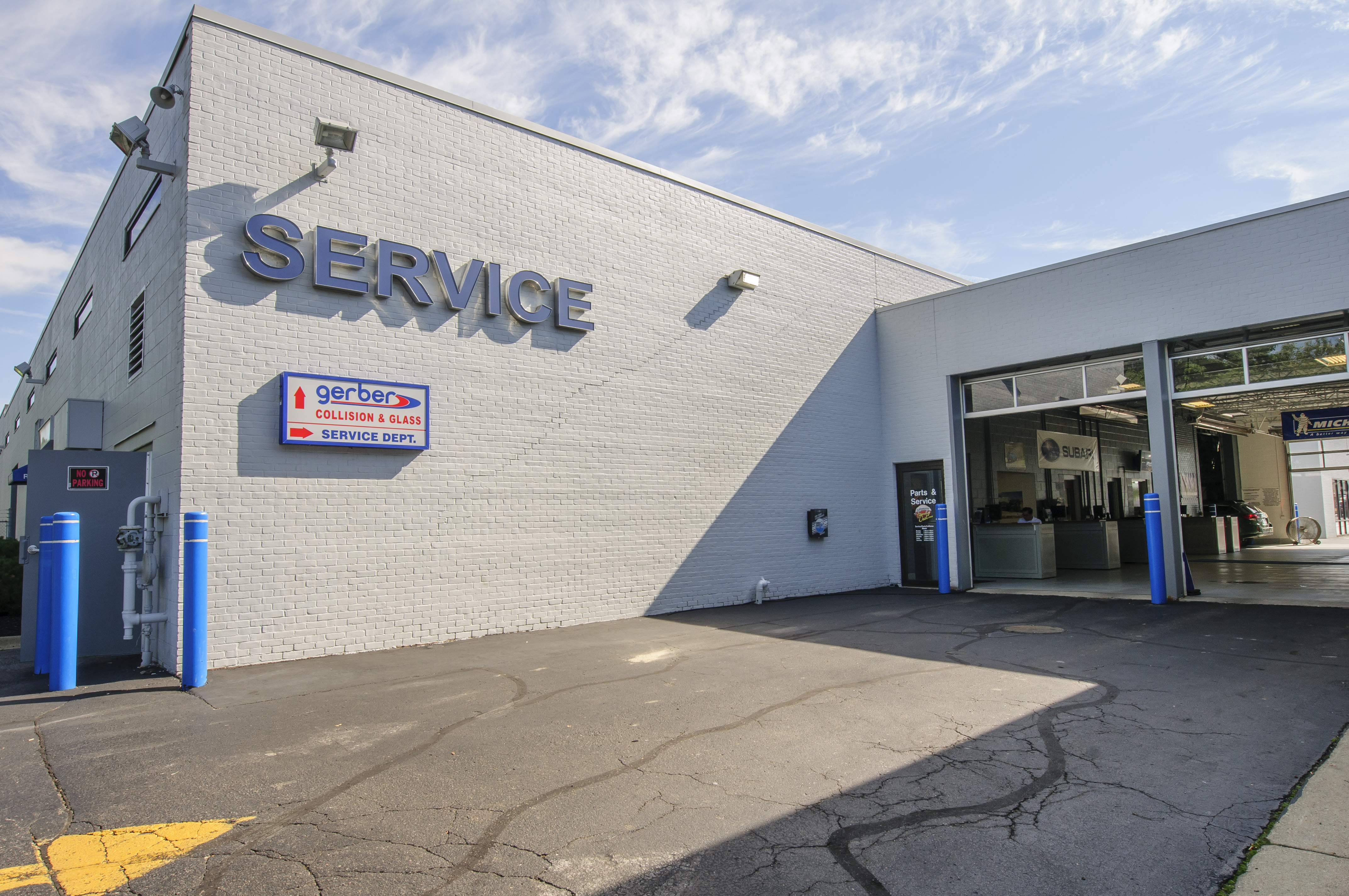 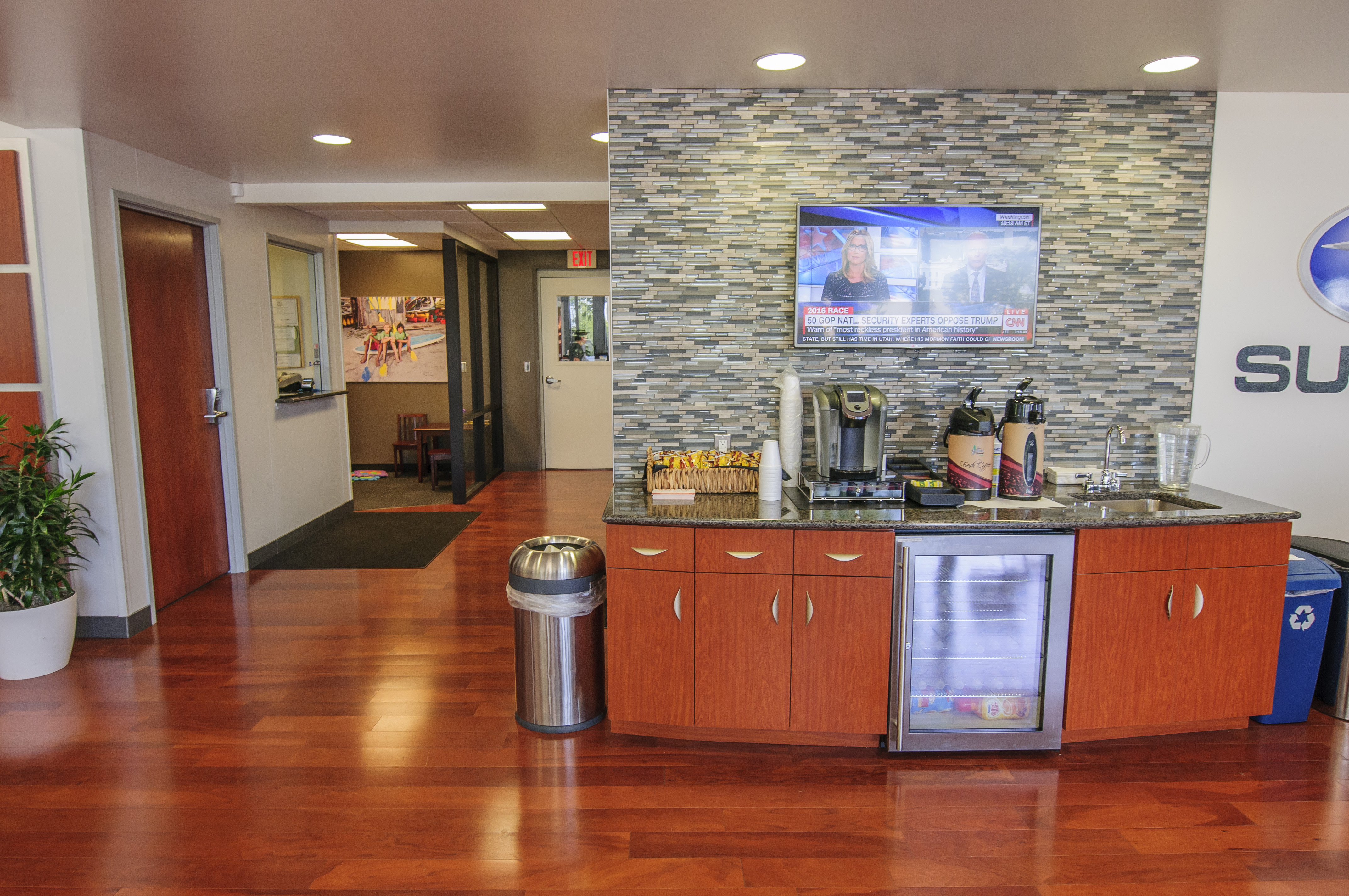 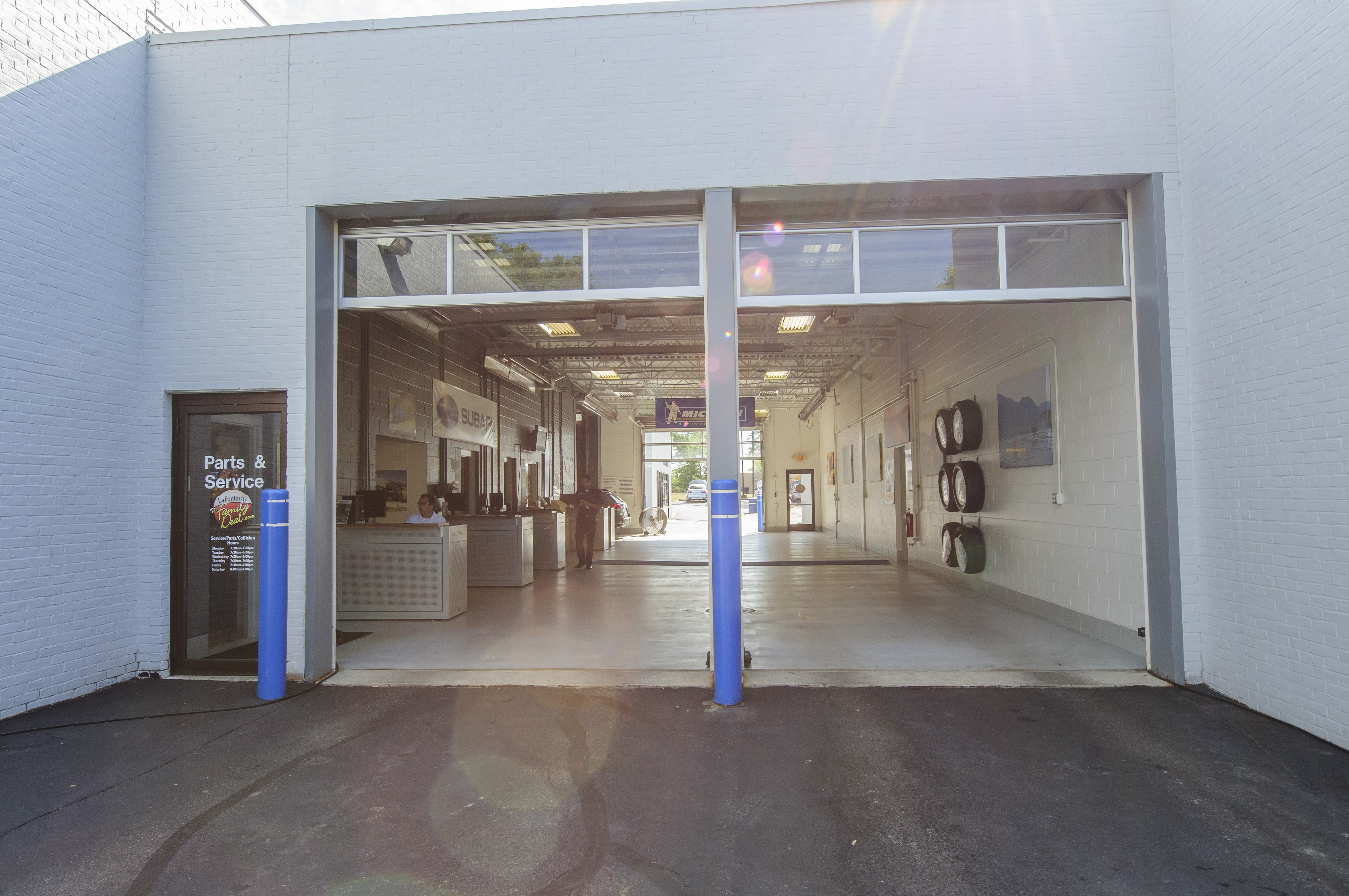 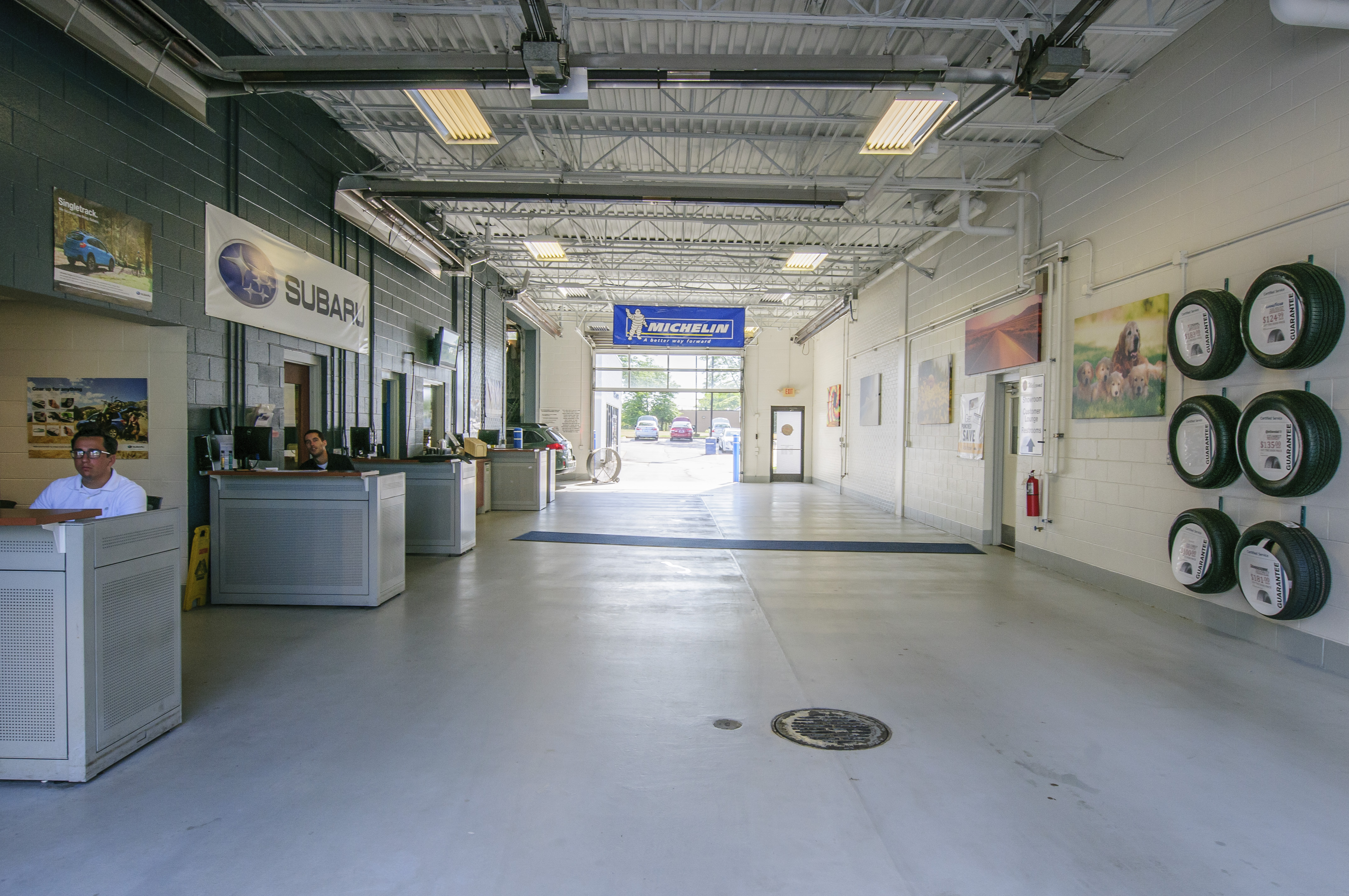 October 3, 2022
By phat_hoang on DealerRater

Dishonest, greedy manager at Lafontaine Subaru (3055 E West Maple Rd, Commerce Township, MI) - Avoid buying cars from this place!!! On June 18th, 2022, I took my 2018 Subaru Forester Premium with 49,223 miles to trade for a new 2022 Subaru. I shook hands with the manager, and got a signed contact to get a trade-in value of $21,000. I also put down $1000 for deposit. After over 3 months of waiting, on September 30th, 2022, they called me in to pickup the new 2022 Subaru. My 2019 Subaru now has 50,773 miles. They told me that, due to market fluctuations, my car trade-in value now only worth $17,000, down from $21,000 3 months ago. They refused to honor the printed contract. They kicked me out of the show room when I mentioned I will file a complain and would ask a lawyer to look into the signed contract. I took my 2019 Subaru to the Toyota Dealer Ship in Ann Arbor. I was able to trade-in my 2019 Subaru for $20,5000 and got a Toyota Rav4. I proved that my car was worth around 20K as reflected on KBB and Edmunds. The manager at Lafontaine Subaru just low-balled their customers to make a buck. They are greedy and have no integrity in their words and actions. Even a signed contract did not mean anything to them since they know most people won't file a law suit due to cost and time. I have the documents of the signed contract, deposited money receipt, and document that I was able to get a trade-in for $20.5K at another dealership. I will file a complain with the Better Business Bureau. It is a waste of time for me after over 3 months, and it caused me a lot of grief and anxiety dealing with dishonest people.

Greta experience! Reid worked really hard to get me where I wanted to be! He was very helpful with everything. Ask me if I needed water or coffee. Very young and professional salesmen!

These guys are thieves.

These guys are thieves. The will scam you every chance they get. Steer clear, they can’t be trusted. They cheated my friend out of $3000 on her trade at delivery after already agreeing on a value.

Bought a pre owned Wrx. Has been In For service 4 times in less than 30 days. Each time the vehicle came back there was a new problem that did not exist before. These problems were not covered by warranty, and the cost of repairs being anywhere from $1000-$3000 with the initial problem never even being addressed. We were treated like an annoyance. The service manager Scott is very rude and refused to work with us after the second repair. Our sales person no longer returns phone calls. Found out the car had never even had an inspection when the dealer received it. Problems still not resolved and had to open a case with the Subaru corporation and is still ongoing. Do not shop at this dealer, you will get better service from a private sale. Very disappointed. This business gives dealerships a bad name.

Service department is abominable. My college age kid brought their vehicle in for a pre-road-trip check of the transmission that was acting weird. They didn’t check the transmission denying that my kid ever told them about it. 6 days later car broke down and needed transmission replaced 800 miles from home - this took a week to do with a lot of expense. Service Manager Scott Thomsen provides horrible customer service when I called to try to root cause the service communication breakdown. This place is just awful.

DeJuan Wiley is the best. Very helpful, he listened to everything we said and led us in the right direction. Love the vehicle.

Hi Mike, we're happy to hear you had such a positive experience with our team! If you're ever in need of more help, please let us know! Take care!

Please read this review to determine if you ever want to get maintenance done on a vehicle at this location. In March, I had a mechanic look at my daughters 2010 Subaru Forster (SF) because it had a bad oil leak. The mechanic said that looking from underneath, it looks like a head gasket leak. I called around to get prices for repairs and Lafontaine Subaru in Commerce Township, MI had the best price to replace/fix head gasket. I called some of my mechanic friends and they stated the price sounded fair. The service advisor said that during the inspection that there was oil build up on the cylinder head and block from the head gaskets and they needed to be replaced, and the price to fix was about $4800.They also found some other problems unrelated, so the total was $5900, with Military Veteran discount. That is a lot of money and my daughter, so we did the pros and cons of getting rid of the vehicle or buying a new one. My daughter cannot afford a new one, so we deiced the best thing to do was to fix. According to my service invoice, the engine was inspected, and found head gasket leaking. The engine was removed and disassembled, and inspected heads and confirmed they were ok, and replaced head gasket, cover gasket and other o-rings and seals. Well, 2 months, and approx 2K miles later, my daughter called and said the low oil and engine light came on. I told her to drive to the dealership immediately to get it looked at. Approx 3 miles from the dealership, the engine blows and she had to tow the vehicle to the shop for inspection. The service advisor called her and told her that there was no oil in the engine and she would need a new engine for approx $6100. I called the service advisor for explanation. He informed me that the engine was burning oil internally, but did not know why, but it was not from the head gasket repair. I asked him if it was bad piston rings or valve stems, and he said it could be but he would have to take the engine apart and cut the block. I called a couple if friends who are mechanics, and even another Subaru dealership and explained what I was told. They looked at my service invoice and noticed had some areas of concern. They all told me the proper procedures and protocols for any major oil leaks is to conduct a compression test and this test checks reveals the engines valves, valve seats, and piston rings and to see if these parts are wearing evenly. In addition, a leak down test should have been conducted afterwards, which according to my invoice was never conducted. The engine should have been inspected when it was disassembled, for other internal issues. The one Subaru mechanic said that 2010 Forester are prone for burning oil and there was even a class action suit against Subaru for this issue, so they should of advised you of this after repairs. One mechanic said they should have just offered you to get a new engine if you were going to invest that much money into it. The other option we were given was they would take the car for $500 for scrap. All of the mechanics said that I pretty much got screwed, and there is no way to prove it. I tried to have Lafontaine Subaru to counter, but phone call and emails to the Service Manger were not returned. In today’s economy, it is too expensive to buy a new or used vehicle, and we have to trust that the service advisor and mechanics are doing the right thing. Sorry for the long review, but hopefully this will help when making a decision if you want the trust of your vehicle in the right hands.

Good afternoon Scott - first and foremost, I apologize for your frustration. By way of introduction, my name is Max Muncey and I work on our corporate team with LaFontaine. I would greatly appreciate the opportunity to speak with you directly on your experience. I can be reached directly via email at mmuncey@lafontaine.com. Appreciate your time and look forward to speaking with you.

Complete experience was a nightmare from the start.

Complete experience was a nightmare from the start. Every time we were told something, it would change by the next time. Worst experience I've ever had buying a car and definitely won't be going there again.

They took advantage of me I am heartbroken I just

Hello Sheree, we regret to hear that you had a negative experience with us, but would appreciate the chance to turn your experience around. We appreciate you bringing this experience to our attention. If you are willing, please contact our General Sales Manager, Jorden Schultz, at jschultz@lafontaine.com or 248-313-8084 so we can work towards a resolution. We look forward to hearing from you. Take care!

Towed to the right place

My Outback's ABS lights went on and I lost power steering. LaFontaine was the closest dealership to have it towed to. I called ahead to let them know what was happening and the tow would take about 2 hrs to get to them, and I would need a rental if possible. When we arrived it was a quick in take and they had my rental ready to go. They texted and sent video of the repair process, which made it easy to respond to while I was working. Was able to approve repairs over the phone, nice and easy.

Hi, we appreciate your positive review about your recent experience with us! We are always more than happy to assist you if anything else comes up. Take care!