See all 409 vehicles from this dealership.

This seller has been on Cars.com since December 2007.
Autos of Dallas Addison TX

If you've been in the market for a pre-owned luxury vehicle finding the right dealership is an imperative part of the process. Because luxury cars house an ample amount of features and details the dealership that sells them should have luxury-specific knowledge. 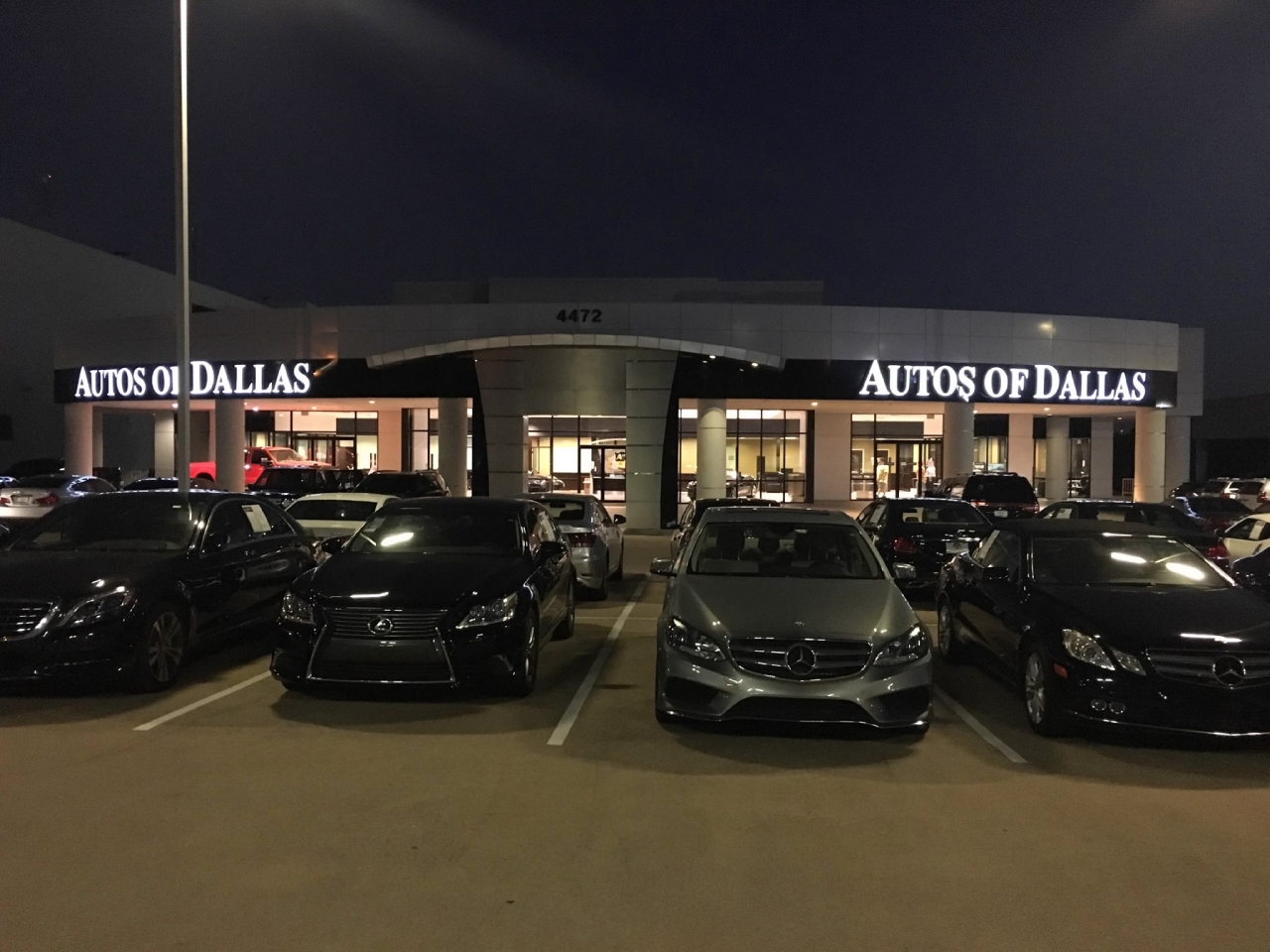 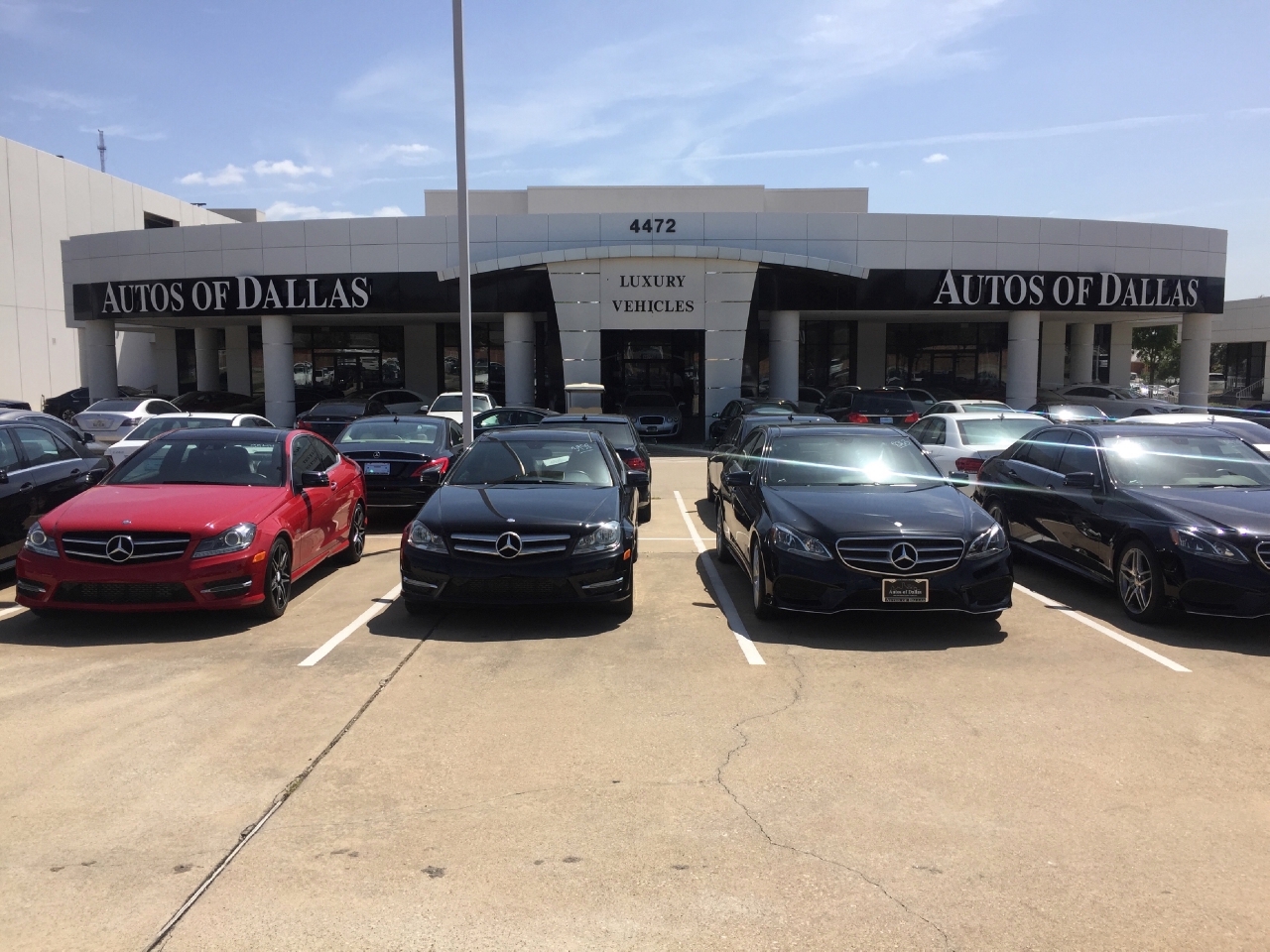 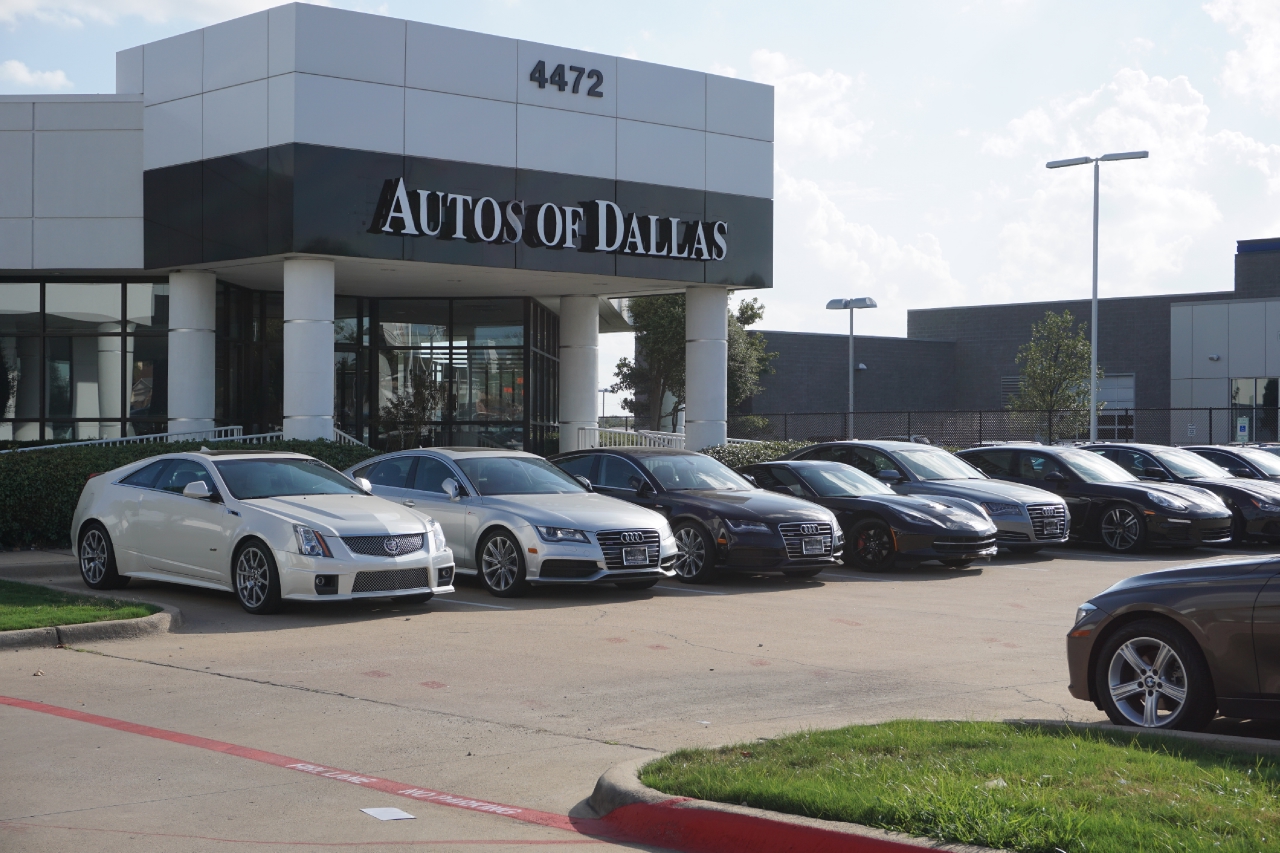 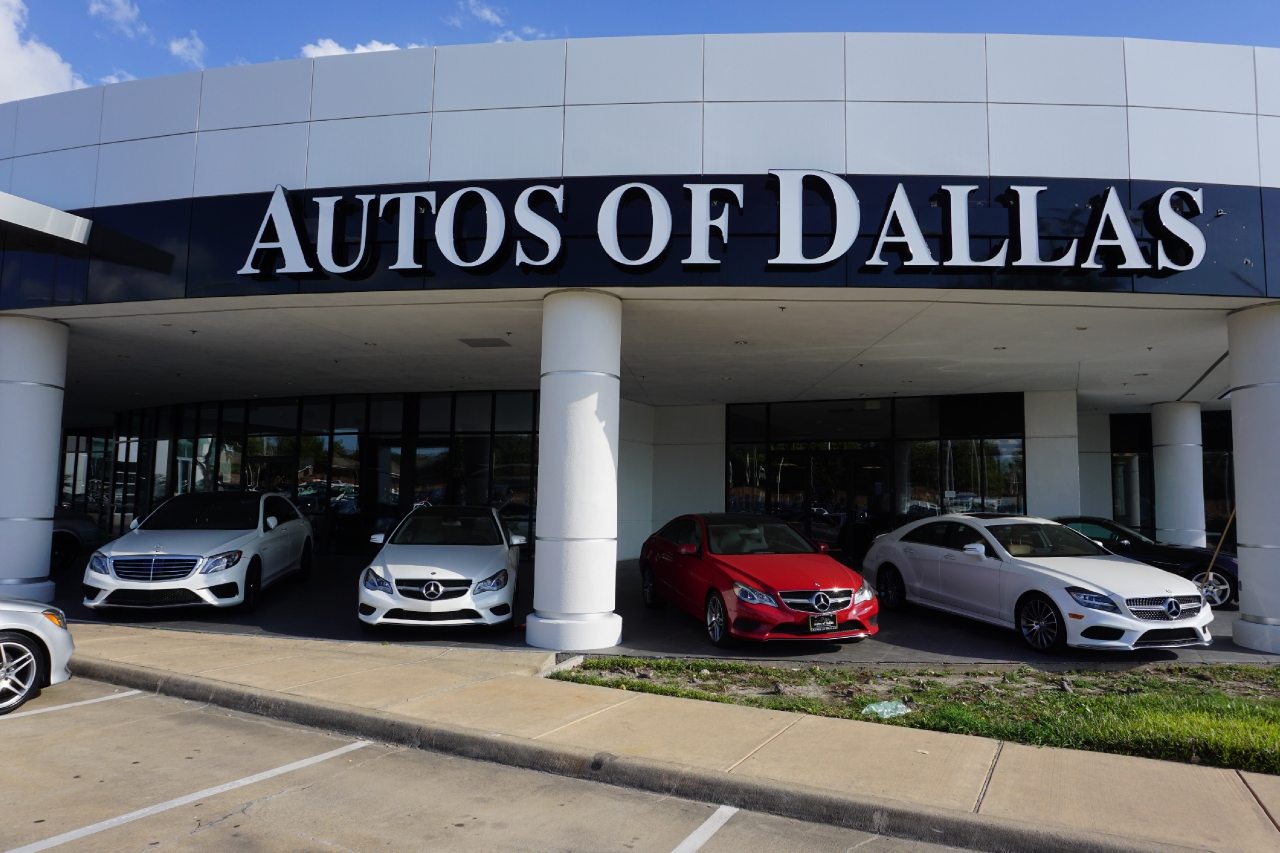 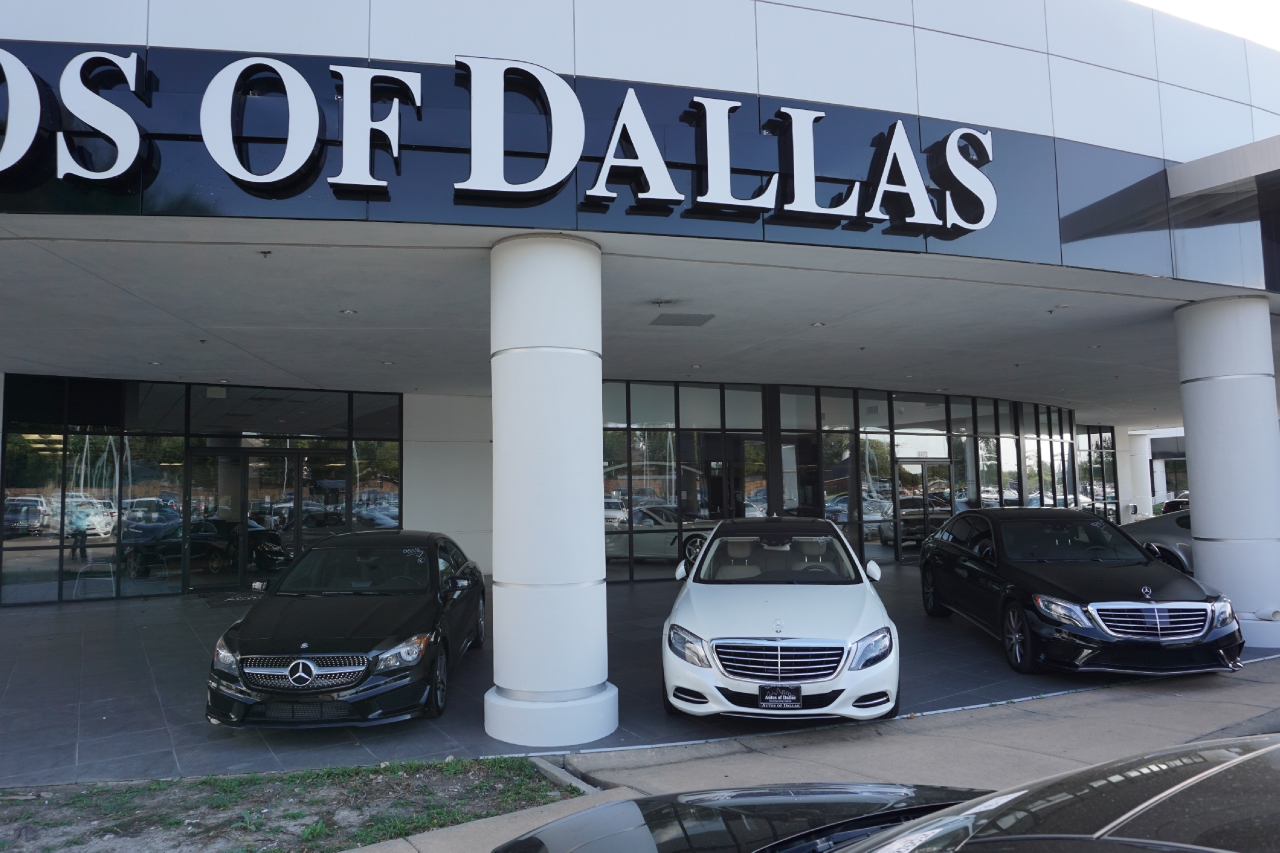 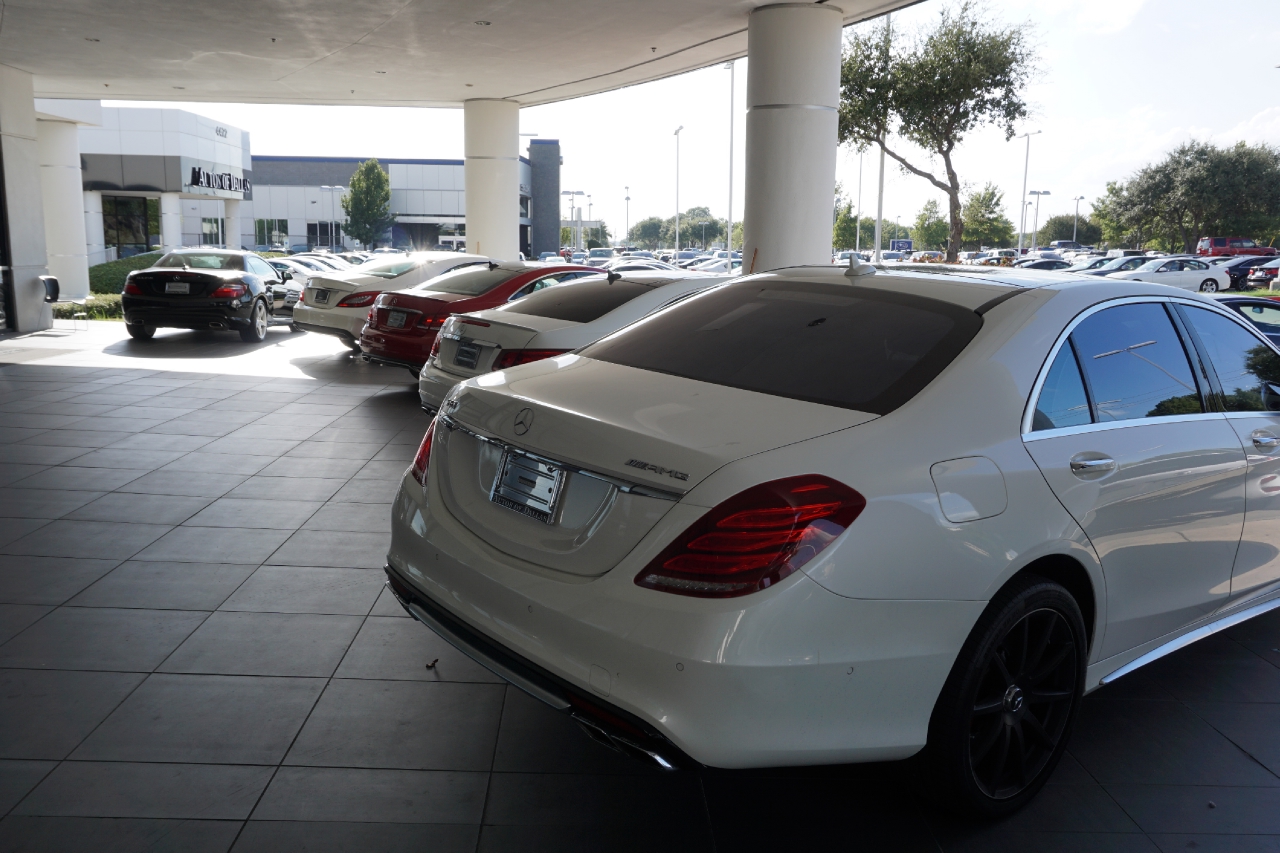 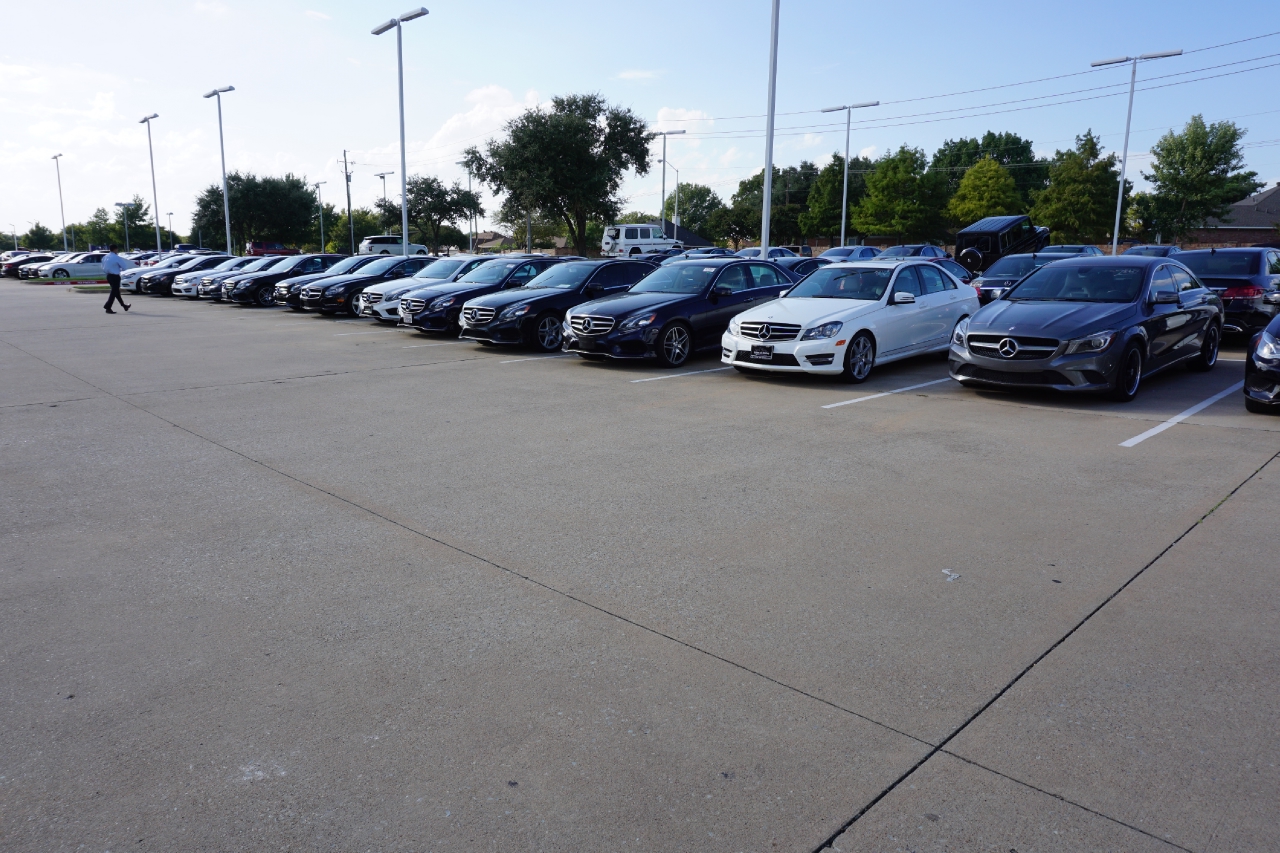 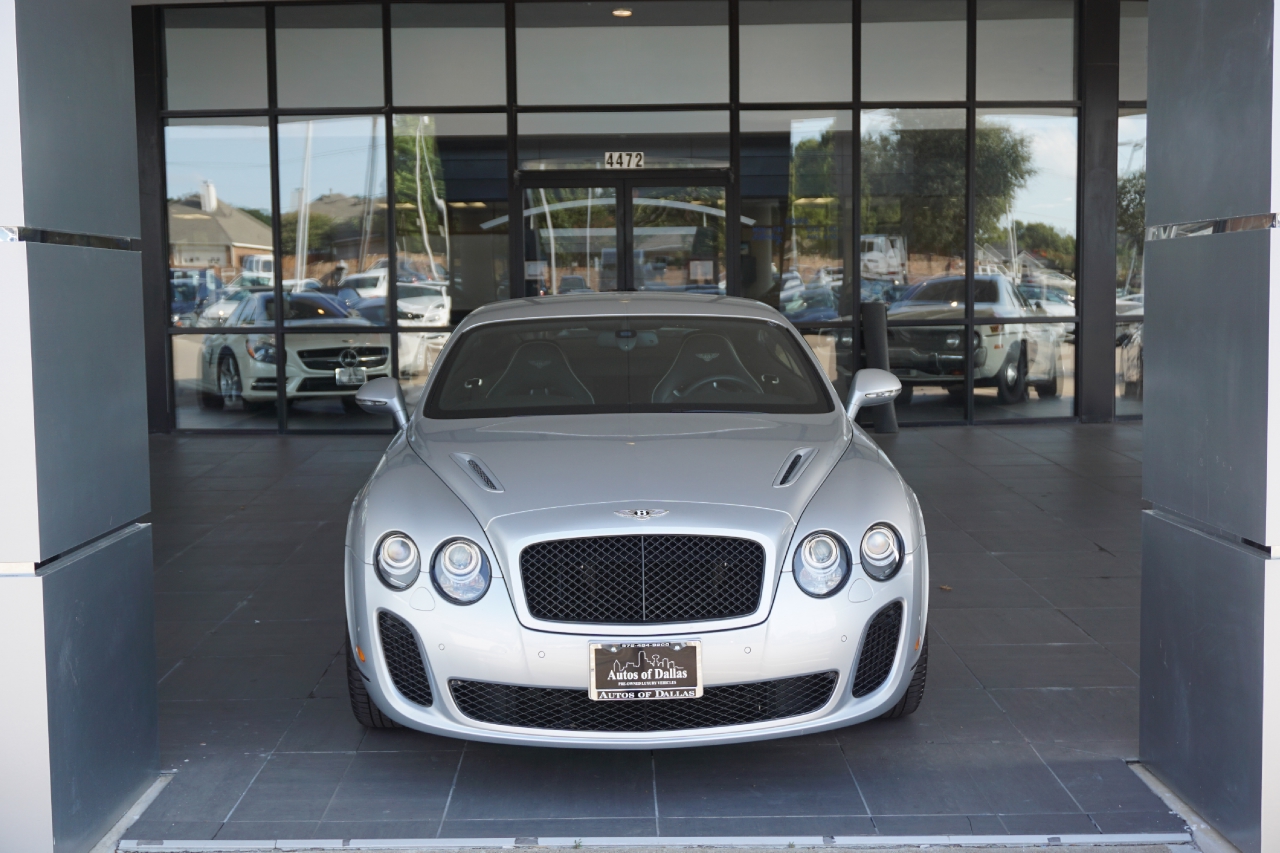 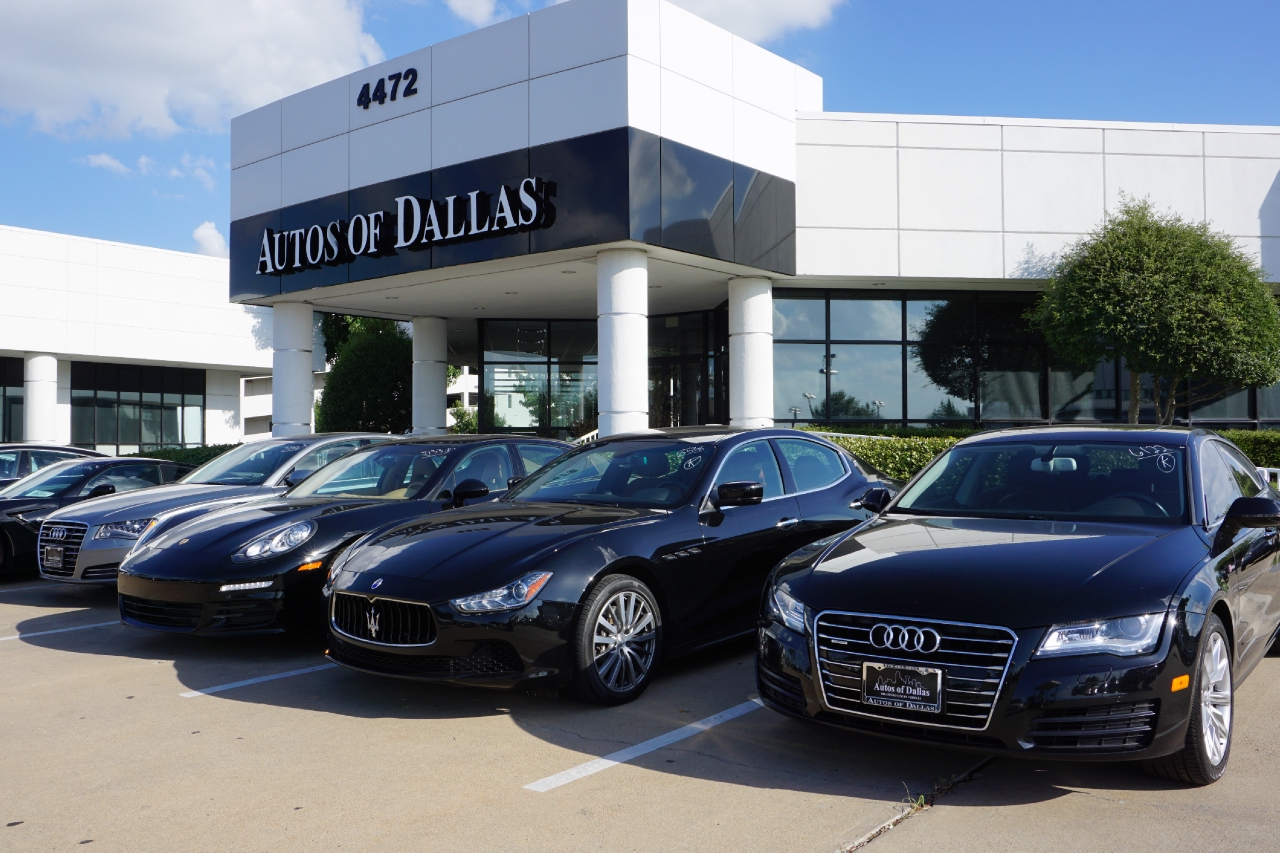 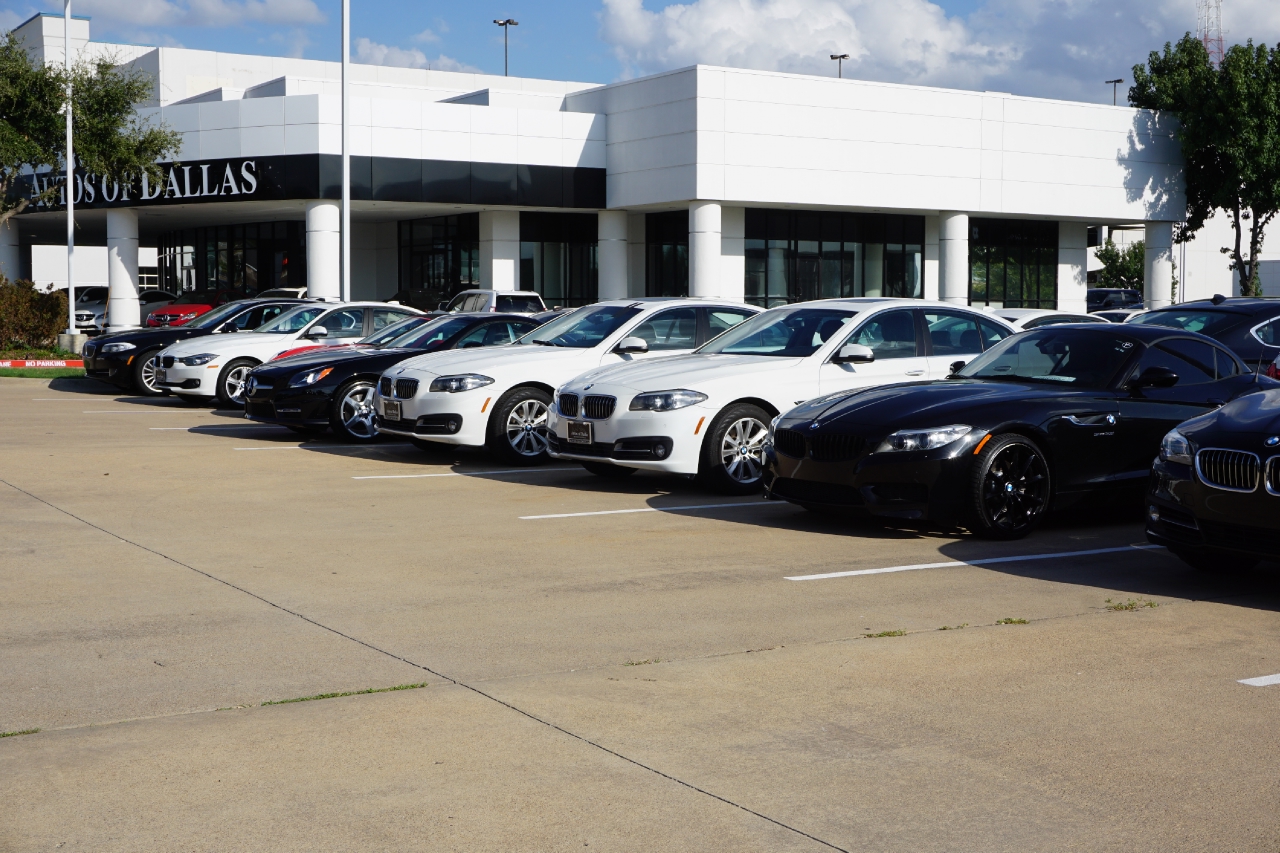 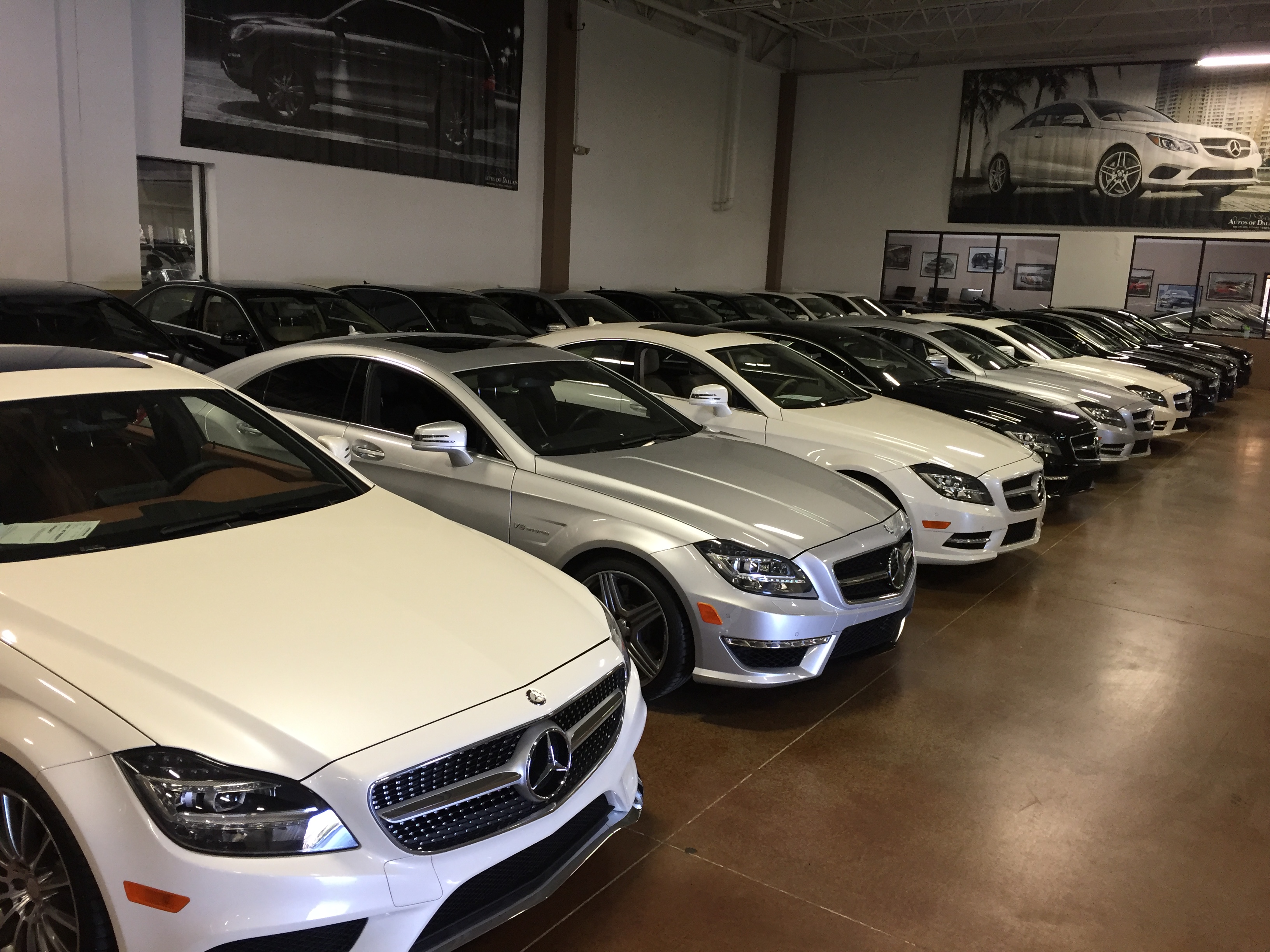 A dealership's rating is based on all of their reviews, with more weight given to recent reviews. Includes reviews of Autos of Dallas from DealerRater.

AVOID THIS DEALERSHIP AT ALL COSTS!

AVOID THIS DEALERSHIP AT ALL COSTS!!!! DEALER FROM xxxx. First the salesman promised 3 key features that he said were included when I purchased the vehicle that were not actually on the vehicle when it was delivered to my home in Austin. I was completely mislead, and they refused to do anything to make it right. The sunroof also doesn't function correctly which they did not disclose. Second, at the end of the buying process, dealer put in a surprise 1,500 dollar fee, not included on any of the advertised sales prices, disguised as something called a "luxury advantage package", which provided nothing of value and I was not allowed to opt out of it. Finally, the dealer has still not sent me the registration, permanent license plates OR the title to the car, despite me providing all the necessary paperwork over a month ago, and with my temp plates about to expire. It is astonishing that a deal could be this dishonest. I filed an official complaint with the TX DOT and they are currently investigating them.

Bob was super courteous, knowledgeable and a complete

Bob was super courteous, knowledgeable and a complete professional. He made my car buying experience enjoyable and best of all quick! I can’t say enough good things about my experience with Bob and Autos of Dallas. I will be back!

Hidden Fees and No Home Delivery

I did not purchase the car because of poor customer service. Additionally they say they offer home delivery but they do not. They also tell you the price does not include $1498 for location services and key replacement - that are obsolete with our phones.

Confirmed availability of two vehicles, both through

Confirmed availability of two vehicles, both through Cars.com and over the phone. The phone call was 20 minutes before arriving at the dealership, which is 5 hours from our home. We arrived, and Pita our salesperson whom we had just spoken with, had left for lunch. We were then informed that both vehicles were sold. Again, this news coming 20 minutes after availability was confirmed. This was an obvious case of bait and switch & and a total waste of an entire day. Highly unprofessional, totally unethical, and borderline criminal. Don't waste your time a this dealership!!

Bob T is the absolute best salesperson ever.

Bob T is the absolute best salesperson ever. Highly recommend him and I’m a customer for life.

Total professionalism is how i would describe my

December 16, 2022
By pesoloforu on DealerRater

Total professionalism is how i would describe my experience. Tim kept me informed through the whole process. I would recommend this dealership to anyone. oh, and ask for Tim.

Bad attitude from this sales person

A first-time customer at Autos of Dallas. The worst experience I have ever had at a dealership with LEO. I called in the morning when they first opened, and Leo picked up the phone. I was interested in a vehicle and would like to go to the location to check out the car. Even though he did not sound friendly on the phone, I thought I would give it a chance to see if there were any changes in person. Never have I felt so judged, unwelcome, and uncomfortable in a dealership with a salesman. Leo was discourteous with a horrible attitude, unprofessional, disrespectful, and unhelpful. When I arrived, he did not tell me any information about the car I was interested in or the dealership(company). He went to get the car and asked me to show him my driver's license and car insurance. Also, He asked, "Are you Chinese or Vietnamese?". I do not understand why does it matter? Or just being racist?! Then, he passed me the car key, told me to go for a test drive, and walked back into the office. He did not give me any details or directions. Customer service was terrible, or could I say there was no "customer service" from Leo? He called me when I was test-driving and asked "where I was" disdainfully. I did not know the direction; I had to use the GPS to be able to drive back to the dealership. When I returned to the dealership, I was still interested in purchasing the car. However, there were random parts at the back of the trunk. I was very concerned that it might have fallen off the car. I did not expect to see those car pieces in the car; It was unacceptable to make an appointment when the car was not ready to sell. When I asked about the parts in the trunk, he told me that the car probably needed service. My first instinct was to ask to lower the price since I would have needed to fix the car parts that had fallen off. I did not know how the dealership worked because I had never been there before. Since he did not mention at the beginning price was not negotiable, he had no right to give me an attitude and started arguing with me when I asked to see a manager. He told me," No one can lower the price; I cannot even take off $80. See a manager for what? I'm a sales manager; you are talking to the sales manager". I am uncomfortable talking to him anymore, and he did not let me speak with a manager other than him("sales manager," which I do not see his name listed as sales manager on the website). He also pressured me, saying that if you do not buy the car, somebody else would buy the car. At that point, I said that's it. I'm leaving. I was sitting in my car thinking that I wanted to get the car, but with his negative attitude and bad customer service, I could not work with him. Therefore, I went back into the dealership and asked for another salesman at the front desk. I told the lady I had a bad experience with Leo because of his bad attitude and would like to have a new salesman. When he saw me at the front desk, he approached next to me. I told him I would like someone else to help me with the purchase. He said, "Because you want to buy the car for $30,000 instead." I replied, "No, because of your bad attitude." Then, he yelled at different salespeople, calling their names across the room and asking if they were free. That was unprofessional. Besides that, he did not apologize to me. If you want a smooth and pleasant experience, I would not suggest you ask for LEO.

Very horrible experience. The truck I got had issues yet they sold it to me irrespective. Something had been removed from my truck whilst they was changing my battery. All efforts to have them rectify the issue even after they owned up to their error has proved abortive. Terrible customer service. Am having to tow the legal option now just to have my truck fixed. Will NEVER recommend anybody

Salesperson never got back to me.

November 4, 2022
By Espinosabernal64 on DealerRater

Salesperson never got back to me. By the they did which was a week later, the car I was looking for was sold and the sales men Chris Valdez send it to me not knowing it was sold three days before.

Rating breakdown (out of 5):
0 people out of 0 found this review helpful. Did you?
Show full review
See all 1,360 reviews