See all 130 vehicles from this dealership. 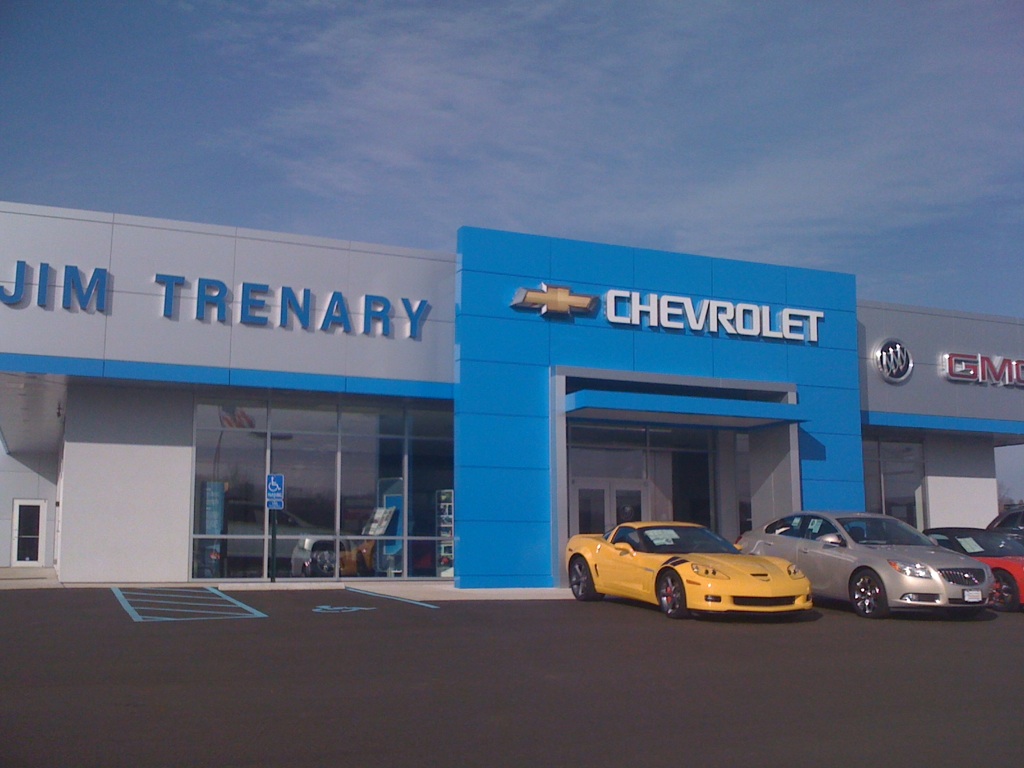 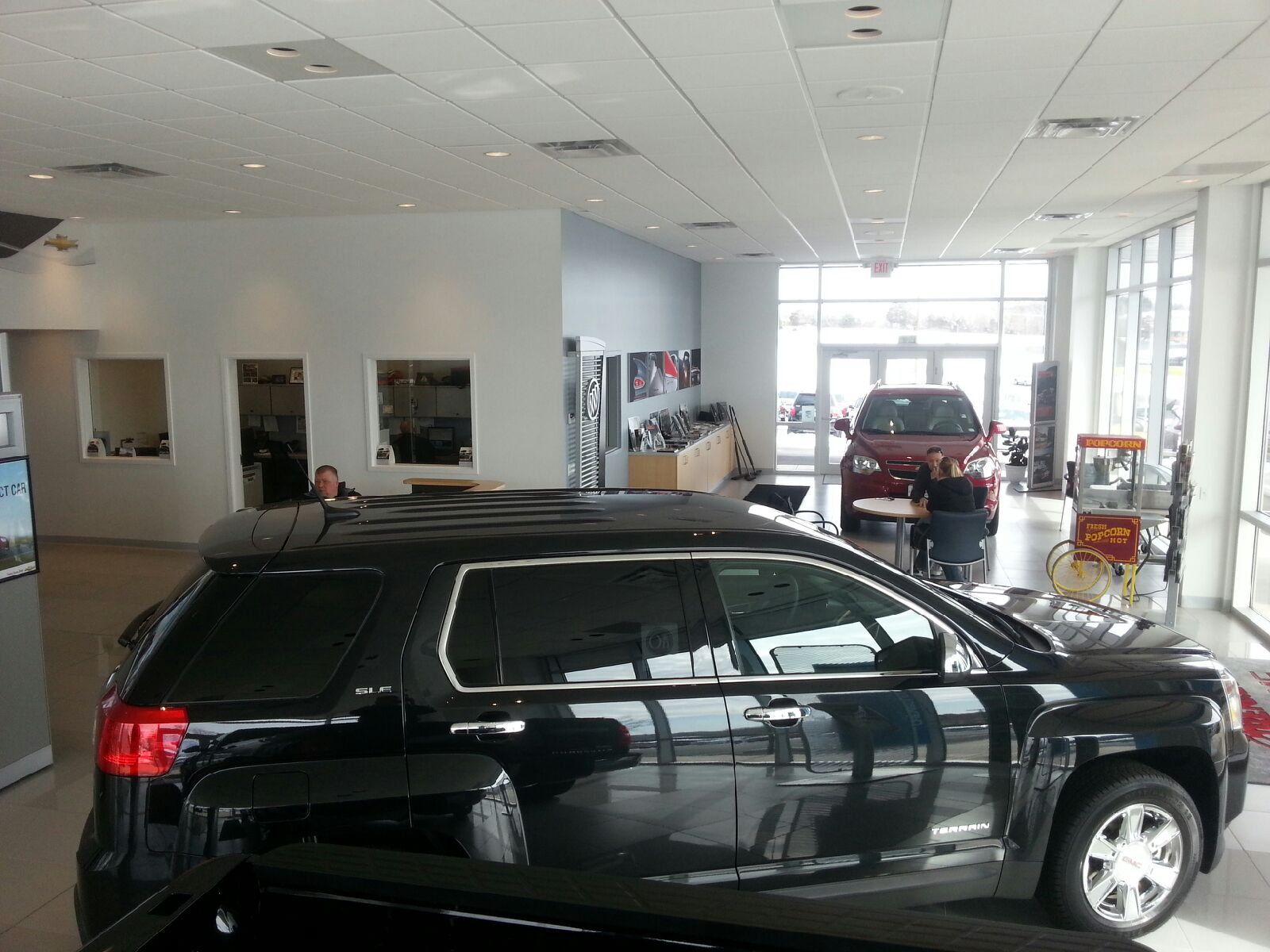 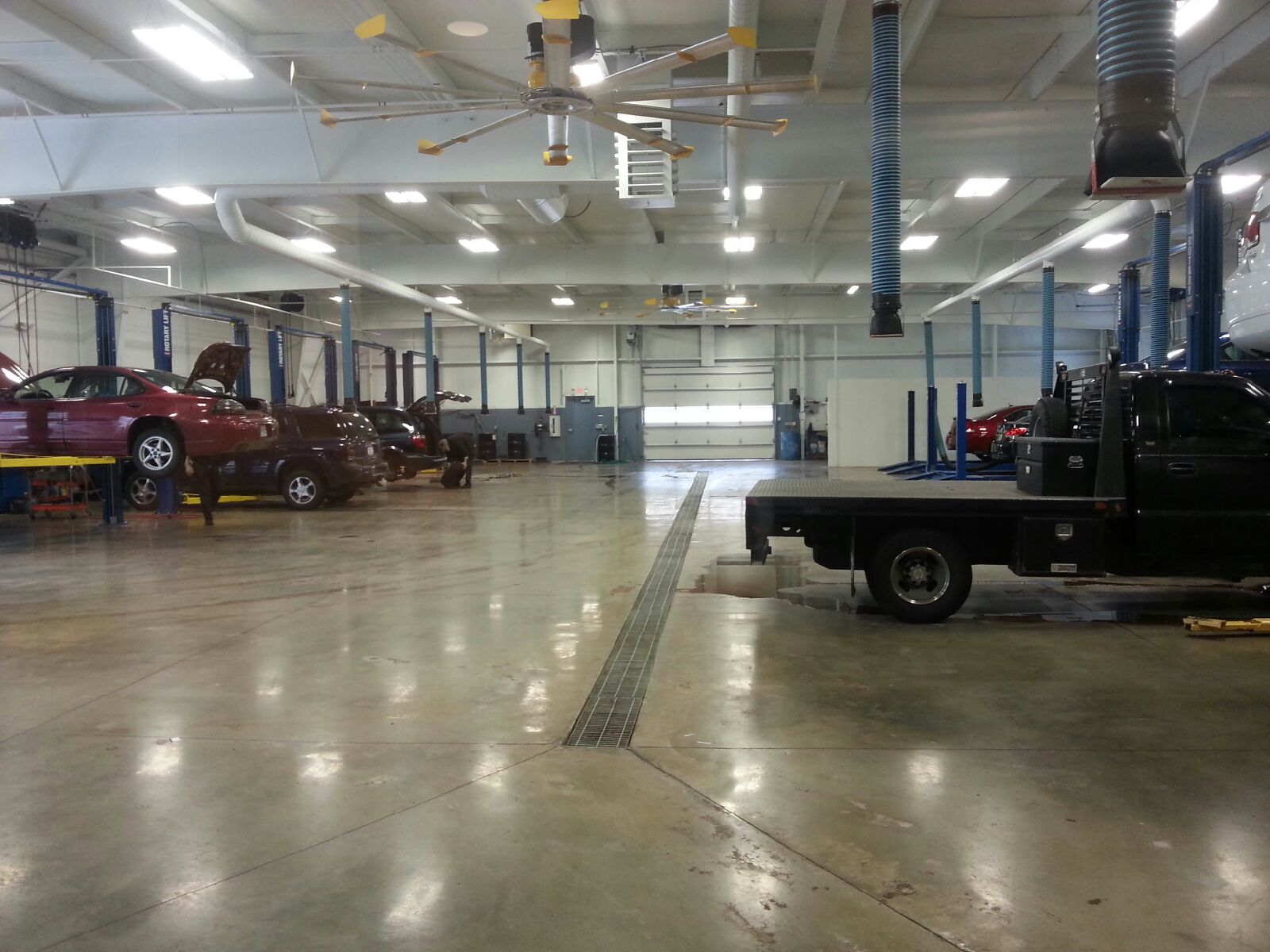 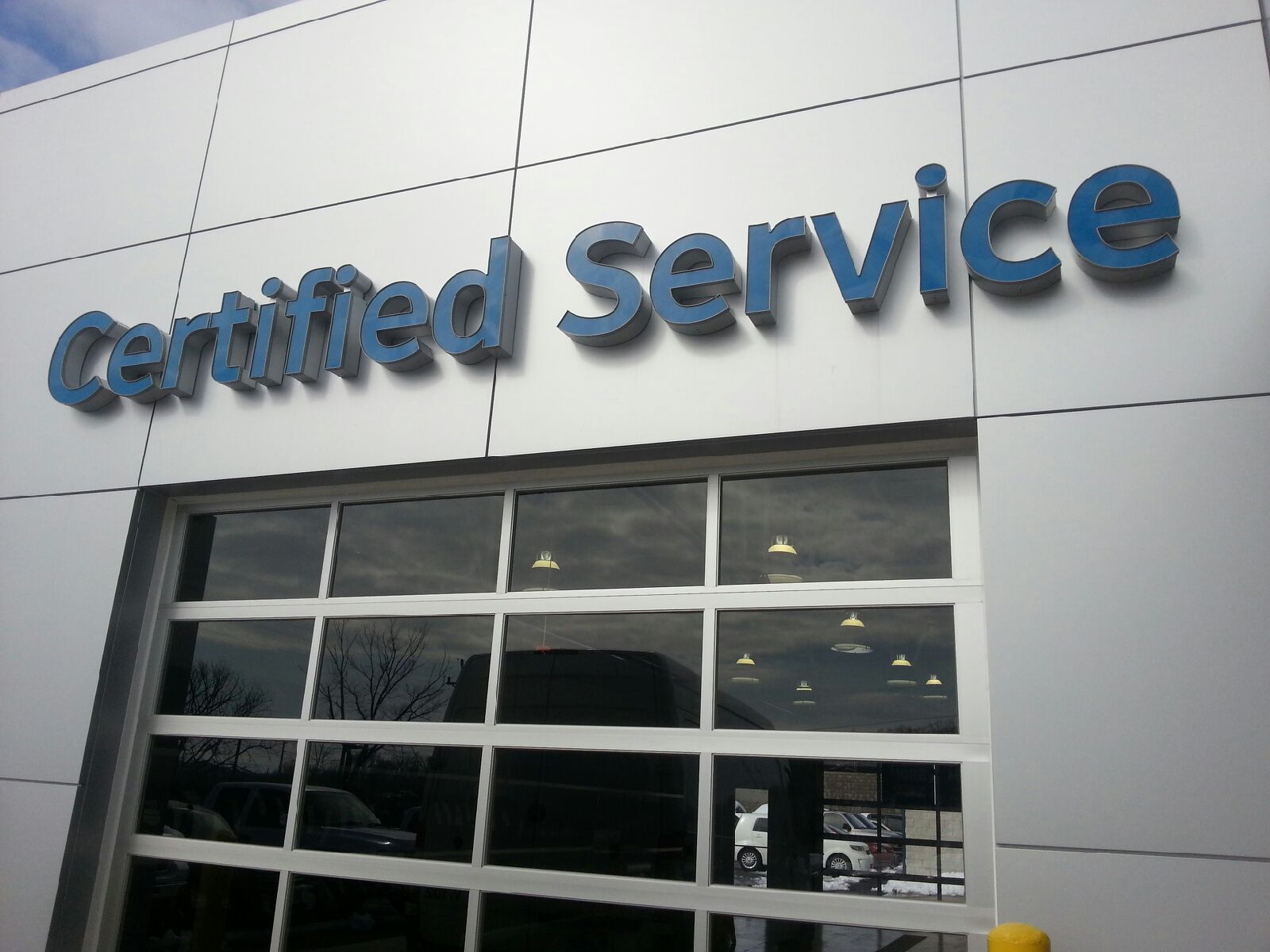 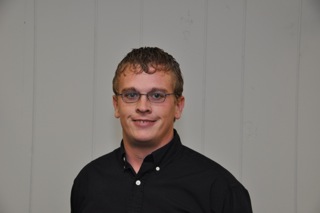 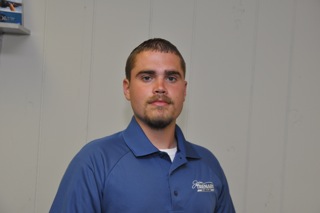 Dealership needs lessons how their managers treat people from out of town that have had their vehicle towed their for service or repair, this customer provided proof, thru fuel test, that fuel was ok,still they would not honor warranty of vehicle thru General motors, they are ????? Questionable, feel liked I am being taken advantage of because I am traveling thru and will not be back again, would think twice about dealing with this dealership

Avoid this dealership and car

They didn’t even fix the problem! We ended up taking it back to them because it was still doing it. We were told three times they tested it and couldn’t replicate it, even though it does it every time to us. One morning they said they drove it on Hwy 47, went 70mph, the speed limit is 55 on that highway and it was ice and snow that morning so I don't believe them So, we googled it. Low and behold in 5 minutes we had an answer. They have a service information sheet on this exact issue, #18-NA-095. It’s a known issue and Chevy instructs not to do anything to the vehicle and to tell us it can’t be helped. When we picked the car up, we took it with us to show it to them. Scott wasn’t surprised and said that sounded about right, something to that affect. So, after servicing it twice, having the car for days and over $300 we are still stuck with a car that can’t be driven over 60mph if it is below 27 degrees.

On December 4th, 2022, I arranged a service appointment online. On December 5th, 2022, I brought our car in for service. The issue being that when it was colder than 30 when you hit 70 it downshifts and runs up the RPMS for a bit, then goes back to normal. When I dropped it off on the 5th, I made it clear it only did it when it was below 30. They quoted me $145 for diagnostics and said they would test it first thing in the morning. Problem #1 They called and said the that they fluid in the transmission needed changed so I ok?d that after asking how much this is going to cost me. I was then told by Scott, I believe, that it would be $179, which I took as my total and that they would test it in the morning. The next day around nine a.m. I called back because I hadn?t heard anything, and he told me it was in the shop right then. I didn?t understand why they would have it in the shop unless they found something else wrong when they test drove it in the morning, not the case. I think it was in there because they forgot about doing it till the, meaning the morning that it was cold enough to cause it they hadn?t tested it out. They called back and said they couldn?t reach 70 in the morning and wanted to keep it another day so they could test drive it in the morning. I said that would be OK. The next day they said they test drove it and couldn?t recreate it, I pointed out it wouldn?t do it that morning because it was too warm for it, over 40 degrees, that?s why they were supposed to do it the first morning when it would be cold enough. Problem #2 Instead of being $179 when I go to pick it up the total was $377.30, double what I was expecting! I ask why and she calls Scott, who happens to be standing behind me over to explain it to me. He said that I had to pay the Diagnostic charge and the $179 additional was for the fluid change. Fine I misunderstood, but the total for the diagnostic was $168.20 and the fluid change total was $194.35, both had extra charges on them. So, my bill was $377.30 Instead of $324.95 (plus tax.) I?m sorry but that?s not what I agreed to. I agreed to the total being around $200. So ok, fine, I go to pay it. Problem #3 When I tell them wanted to apply my rewards, which I noted in the system when I reserved my slot, they couldn?t pull up my balance so I had to stand there and pull it up with my phone so they could get the number off my account because it wasn?t coming up under our names. I went to pay by check, they said the bank declined it and I would have to pay with a credit card, costing me 3% ($11.32) more. I Embarrassingly did so despite the added charge. I then went right out to the car and called the bank on my way home. They told me not only had it not be declined it had never presented for payment, in fact no checks have today, electronically, or otherwise. I called the woman back and was told that she could take a picture of the thumbs down but other than that she didn?t know what tell me. I told her there was something wrong with her system then and she just basically blew me to which I said thank you and hung up. Problem #4 Throughout all of this everyone was rather snide, especially after the check declined due to, you?re person not doing it properly or there being an error with your system. The banks still have not received any notification of this check having been attempted to be processed as of today. The worst part was they didn?t drive it on the cold day, they waited until it warmed up to run it, so we don?t know if the issue is resolved or not. We will not be returning to your location nor brand for purchase or service again after the treatment I received.

Ryan did a GREAT job as did everyone else.

Purchased a 20yr old Nissan from Ryan, he and the team there gave me as much information and the condition of the vehicle as was possible based on the age and of course based on the age the car does have its issues which I had expected, but Ryan did a great job of working things out and as I arrived really late he and the necessary people to finish a deal were there and ready to help. I picked the car up the next morning with a full tank of gas ready for my 300 mile trip home. They gave me a great deal on the vehicle, far below what they were asking all said and done out the door.

High pressure salesman pushed me away and lost my

High pressure salesman pushed me away and lost my business. Informed him I found a truck at another dealership for a certain price and asked if they could price match. I was called a lier by the salesman. So I left and bought the truck from the other dealership. Not a good way to get sales.

Rating breakdown (out of 5):
0 people out of 0 found this review helpful.
Show full review
3.0

October 14, 2022
By JANAALTAMAE on DealerRater

Found vehicle online. Friendly salesman. Hoped to pick up and leave, got stuck sitting there for hours even though I already had my financing in order.

I setup an appointment before I had my vehicle towed to the shop for service. Waited around for three days with no vehicle and been trying to get ahold of someone to get a status update on my truck. Only to be told it was taken out of line because they had no idea what the truck was there for and that they have been trying to get ahold of me by phone and I have no voice-mail or no number on my call log or missed calls. They blatantly lied about trying to call me! I'm never bringing my vehicles in again for service or even recommend your garage to anyone for service.

Ive had trouble with my 2018 Cruze dying when stopped and it doesnt start right. Ive had it in and out of the Chevy dealership since October 2021. They either say they fixed it or nothing is wrong. However, I still have the problem. I recently took it in on Wednesday, June 1 to be looked at again. They have had it since then and today is Jume 6th. I called for status today and was told they have been testing it and every time they drive it nothing is wrong. Approximately 30 minutes later we go over and try starting it in their parking lot and videod it taking 3 times to start. We then went inside to service and was told they couldnt find anything wrong. We told them we had literally just tried to start it and videod it. He acted like he didn't believe us and told my husband to go outside and show him. The service guy tried starting it and it did same with him as us. So either, they hadnt tried or they are not knowledgeable with how a car sounds starting. Now the dealership just called while Im chatting with you. They are now saying that the starter is bad and they had to push the car in to look at it. When 30 minutes ago they said nothing was wrong. The dealership I am dealimg with is Jim Trenary Chevrolet dealer in Union, Mo. That is where we purchased the vehicle and have had it serviced always. Im thinking that the dealer needs reprimanded as they not giving good service. We will never buy another car from them. And we bought our last 2 new vehicles there.

Beware. They do inhouse inspections. If you want to honesty know the condition of your vehicle get a diagnostic done independently directly after purchasing here. They sell vehicles with multiple issues they do not disclose because I can only assume they do not run one and even if it's within 30 days they will only offer a trade in or devalue the purchase they sold you. Not very honest if you ask me when they were caught in the wrong. BBB time.

Rating breakdown (out of 5):
0 people out of 0 found this review helpful.
Show full review
See all 66 reviews