See all 314 vehicles from this dealership.

This seller has been on Cars.com since March 2018.
The foundation of Dave Arbogast Buick GMC Vans RVs is based on one thing and one thing alone - offering outstanding customer service. It is for this reason the dealership has experienced continued growth and success.

From selling new and used vehicles to expanding with a specialty in conversion vans; to later adding divisions in RV's travel trailers fifth wheels and watercraft; our growth and expansion has been astounding. 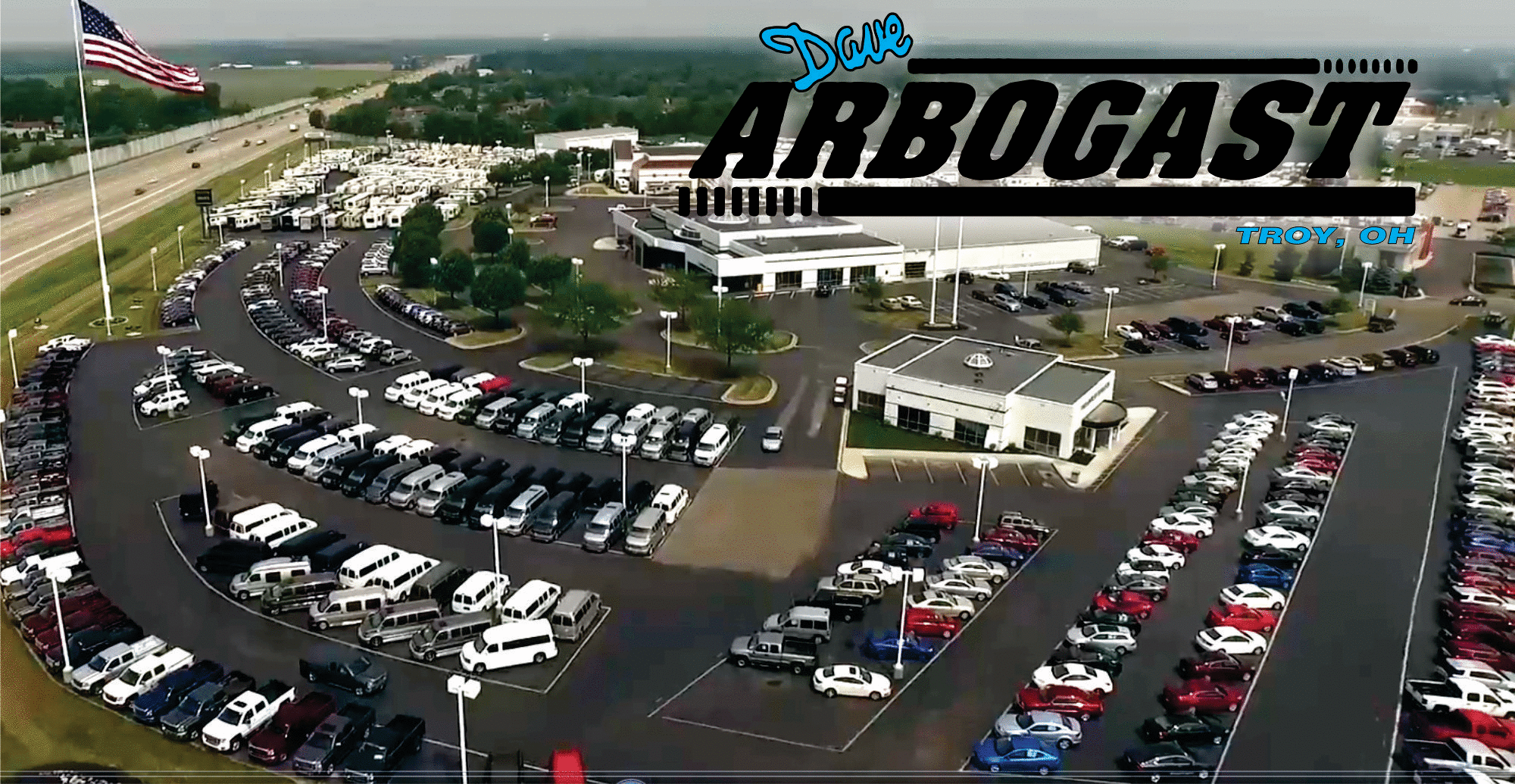 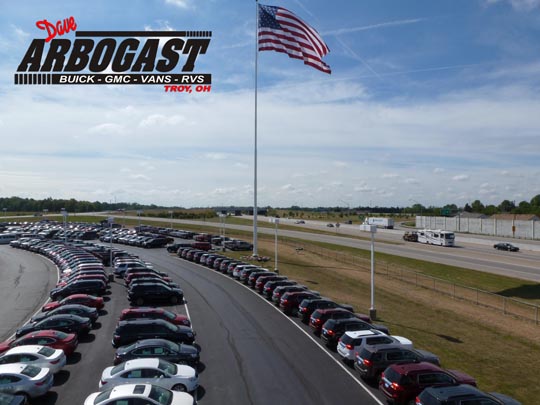 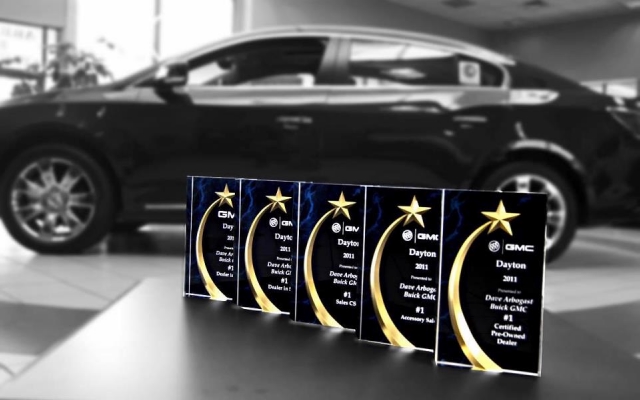 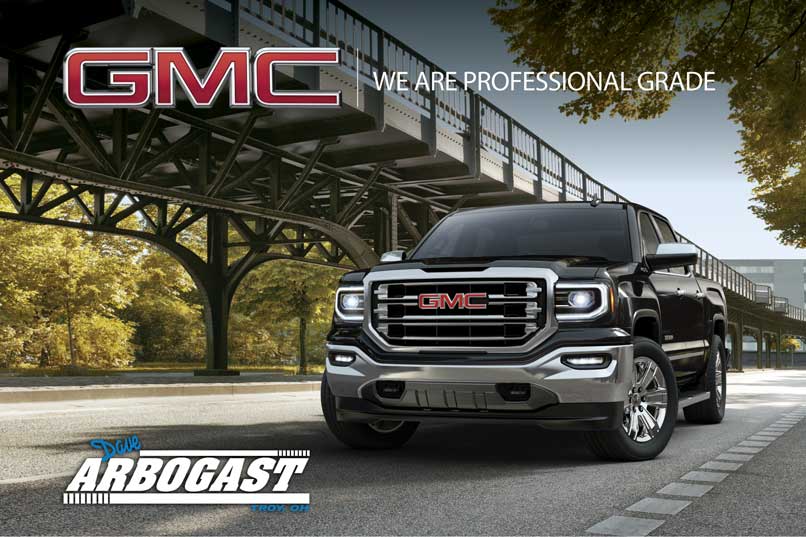 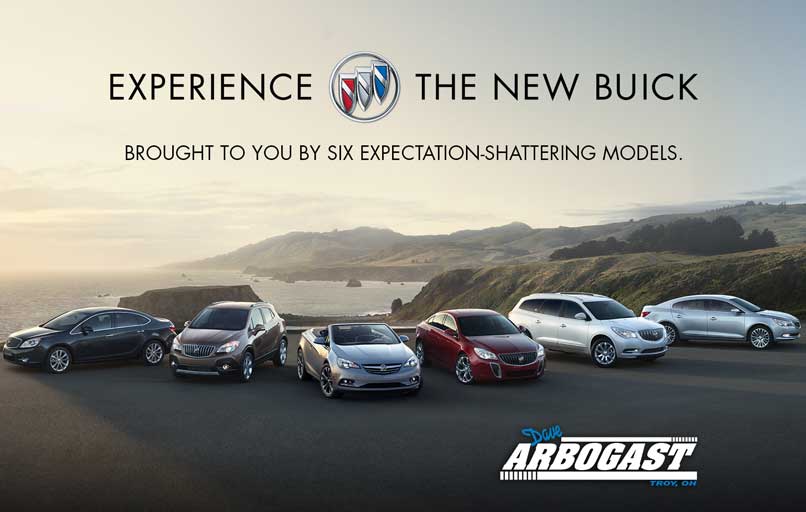 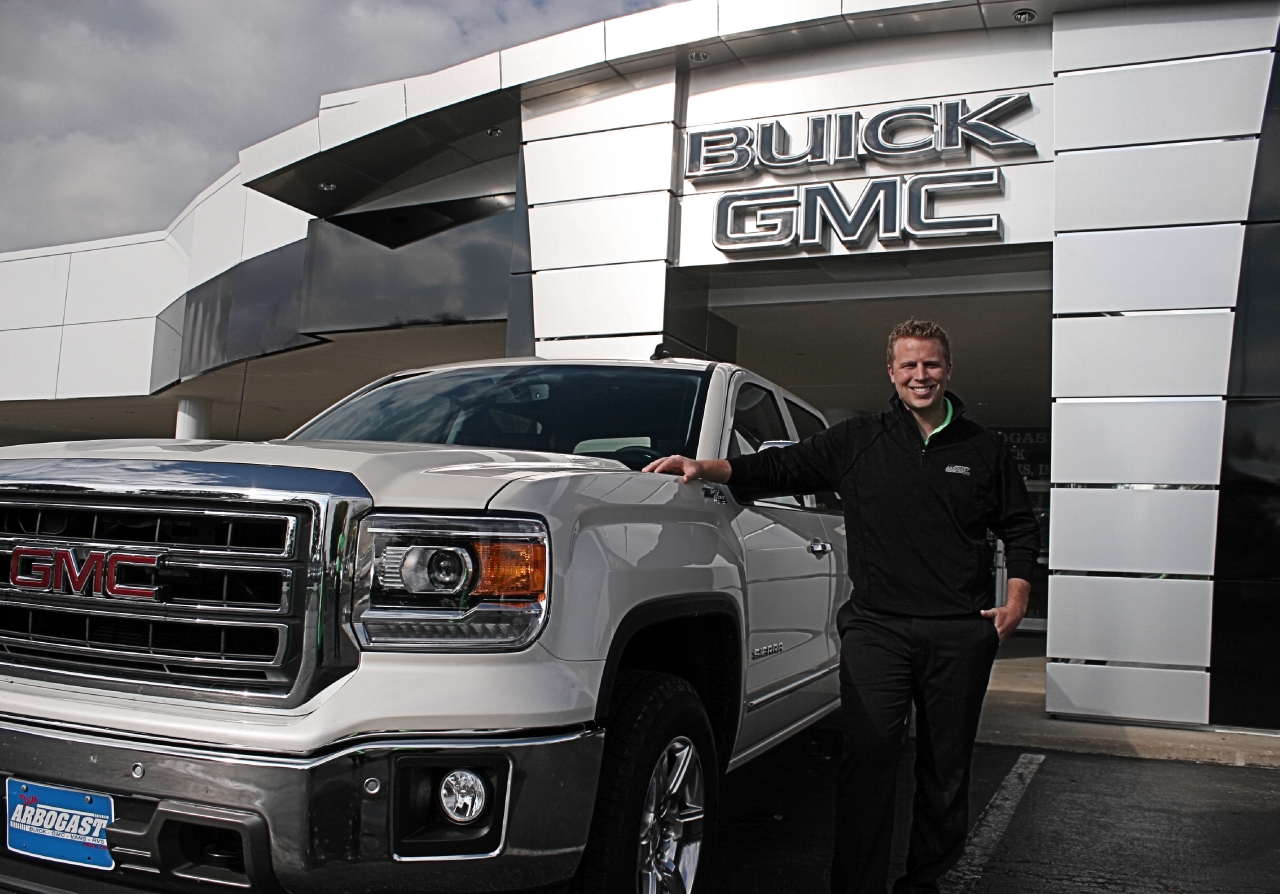 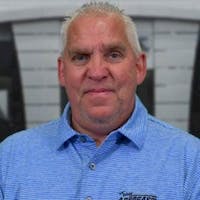 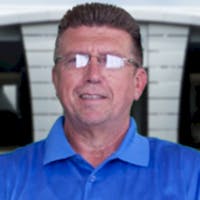 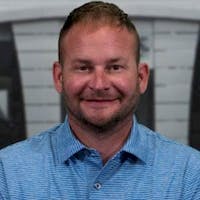 A dealership's rating is based on all of their reviews, with more weight given to recent reviews. Includes reviews of Dave Arbogast Buick GMC from DealerRater.

Great customer service from start to finish. Would highly recommend Dave Arbogast Buick Gmc for any vehicle purchase. Mark Lindenauer was my sales rep and Alex Peltier was my finance guy. Ask for Mark when you go there.

We're happy to hear you had such a positive experience with our team! We sincerely value your business and look forward to your next visit!

November 4, 2022
By Kellie Marsh from Charlestown IN

Honestly, I’m not even sure where to begin, but long story short I have bought over 35 vehicles in my life and NEVER have I had an experience like this one!! We found the car through cars.com, so far so good. Was dealing with a horrible salesperson named Kevin who made promises he was unable to keep (a dent was to be removed from the drivers door, deliver the car to us on a transport and with a full tank of gas), we submitted our financing application with instructions NOT to run our (my son and myself) credit multiple times, it was run at least 4 times-why do they care, it’s not their credit!! Of course we were approved, I have very strong credit and was co-signing for my son to help build his credit. It took us calling to find out that we were approved days later. Then we were informed the dent could not be removed but no offer to compensate us in any manner. Then it took almost a week to get the vehicle delivered which was NOT brought by transport, it was driven by someone, so there was additional miles placed on the vehicle AND it arrived with 1/2 tank of gas instead of the full tank that was promised!! When we questioned this we were told that they would not have transported it since we were only about 3 hours away. So I asked about the full tank of gas, was told it left the dealership with a full tank.. No offer of at least a gift card or even an apology!! WOW! AND it gets better…. When we attempted to contact Kevin, he completely blew us off for several weeks, when he FINALLY responded he said he was out due to a surgery, I guess he was having his his fingers and mouth replaced and couldn’t call or text.. The only thing we got out of Kevin was “you can talk to my manager”Again, WOW! Then we keep waiting and waiting for our paperwork (which was emailed to us after several requests) but we never received a hard copy of anything, we tried to get the car registered and to our surprise the title work was sent to the Ohio DMV, not Indiana, due to the paperwork being done incorrectly!! Seriously! So at that point we had to deal with the lender, we get that corrected after only having to drive in expired tags for over a month! We go to Indiana BMV, attempt to register and AGAIN paperwork was done incorrectly, the car was supposed to be co-titled but what was sent to the lender had it in my son’s name only.. We call the lender, jump through some hoops and supposedly that is getting straightened out, still waiting on the corrected title work. Today his tags arrived and we went to take the (over 2 month expired) temporary tag off and the screws that were used to put their stupid advertising plate frame on were the wrong size and did a great deal of damage to the car! So in addition to horrific experience we had with the dealership, even more damage was done to the car due to whoever put the temp tag and plate frame on the car. I would literally NEVER buy or recommend anyone buying anything from this dealership! I don’t care how many years this dealership has been in business, it is the absolute WORST experience I have ever had!! What a joke!! It’s the dealership that just keeps on giving…. NOT!

I have purchased 8 vehicles there since 2015 between personal and Company fleet. Always great service and very helpful and knowledgeably staff! I would highly recommend them!

John, we are very happy to have provided you with such a positive experience! We are always more than happy to assist you if anything else comes up. Take care!

We had a fantastic experience buying

October 16, 2022
By Kathy and Bobby Slone from Fairborn Ohio

We had an awesome experience with Dave Arbogast! Our salesman, Mark Lindenauer was very helpful in finding what we wanted and needed. The financing department was very efficient and was a quick process! We would recommend Dave Arbogast to our family and friends!

Kathy, thanks! We always want to hear back from our clients and we're glad you had such a positive experience with us! Thanks again for the recommendation, and have an amazing day!

This is the second time I’ve purchased a vehicle at

September 23, 2022
By Tuckercharles58 on DealerRater

This is the second time I’ve purchased a vehicle at Arbogast and I have had excellent customer service both times! On this recent purchase Mark was my sales associate and I couldn’t have been more pleased with this man. He went over everything and explained things to me and helped me through the process. Mark impressed me as true professional and made me feel comfortable with the purchase. He expedited the loan process through Emily who kept the ball rolling and wasted no time getting things done. I’ve observed and studied human behavior since 1977 while at the law enforcement academy so I know what Im talking about with these two individuals. When I need another vehicle I’m coming straight to Arbogast and I’m telling everybody I talk to. Im considering a Facebook post as well. Great staff And professional service. It works for me. Charlie

Thanks! We always want to hear back from our clients and we're glad you had such a positive experience with us! If you have any further questions, please give us a call. We're always happy to help!

I've never had a problem with the vehicle I purchased

I've never had a problem with the vehicle I purchased from Dave Says Yes, and the service department has been so helpful! Their systems were down the most previous time I went to get an oil change, and rather than have me wait around for it to get back up and running, they covered my bill for the oil change. Great customer service, free snack if you wait on your car to get done. Love it here

It's our commitment to ensure quality customer care by providing comfortable and relaxing facilities as well as friendly and professional service to our guests. Please come see us for any future needs.

The service team at Dave Arbogast’s does an excellent

The service team at Dave Arbogast’s does an excellent job. The keep you informed and work to get you the best deal and out the door.

Hi, we're glad to hear you found our staff so knowledgeable and helpful! We hope to be of service to you again in the future.

I reached out about a Corvette listed on Cars.com. I’m 8 hrs away from Arbogast Buick GMC. Joe Bauman contacted me and took my request for a video walk around. The virtual tour was great and the sales process made the long distance purchase easy to handle. I’d never bought a car several states away, but this transaction went very smoothly. When I got to Dayton, Joe picked me up from the airport and the dealership had everything ready to go when I got there. The process was smooth and the price was several thousand less than comparable cars I could find locally.

Hi, we appreciate your positive review about your recent experience with us! Feel free to reach out to us if you need anything. Have a wonderful day.

Great out of state experience

We purchased a 2021 Cadillac Escalade from the dealership this month. Mind you, we are located in SC and they are in OH. It was one of the easiest auto transactions I've made (this is 10th car purchase - and we've leased, financed). Great price, responsiveness, no games and car showed up as promised. They arranged / coordinated the shipment of car and paperwork handled electronically. Highly recommend. Joe in sales was exceptionally responsive and Jon in finance was too, both great to work with.

Hi, we always want to hear back from our clients and we're glad you had such a positive experience with us! If you have any further questions, please give us a call. We're always happy to help! Take care!

Joe Bauman was extremely pleasant to talk too and most accommodating in helping me conduct an out of state transaction on a used Jeep Gladiator. After searching high and low I found the perfect lightly used Jeep at Dave Arbogast Buick GMC. Joe and his management actually negotiated a fair price with me which was a pleasant experience after having an aggravating communication with another dealer. Further, Joe and the Dave Arbogast team went out of their way to make the sales transaction and delivery as smooth and expedient as possible. This was a huge relief as we were excited to receive the new vehicle and had driven over 300 miles to pick it up personally. Thank you Joe Bauman, Dan York, and the whole Dave Arbogast family!

Hi there, we are very happy to have provided you with such a positive experience! Thank you for choosing Dave Arbogast Buick-GMC and we hope to see you again.