See all 201 vehicles from this dealership.

This seller has been on Cars.com since September 2017. 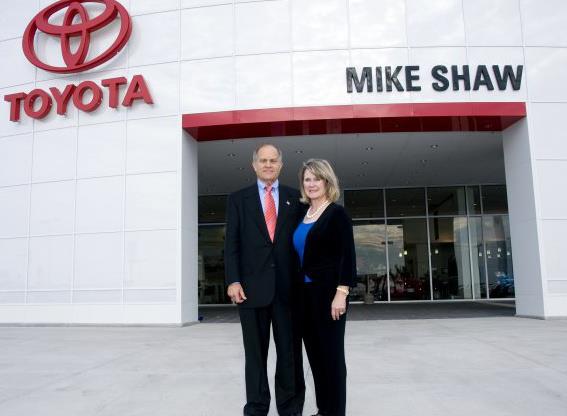 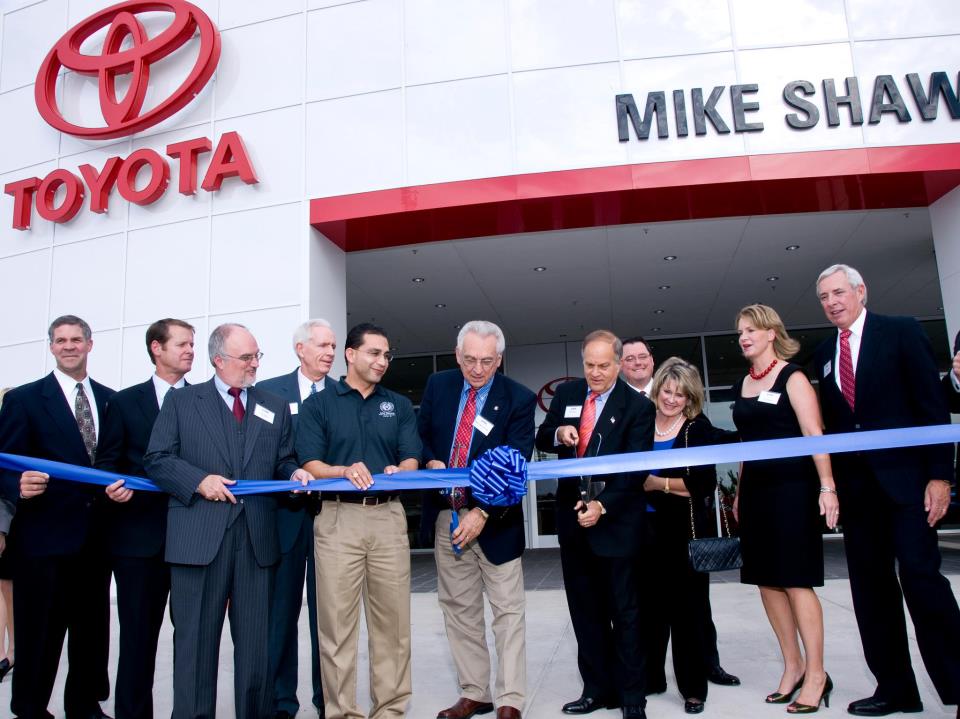 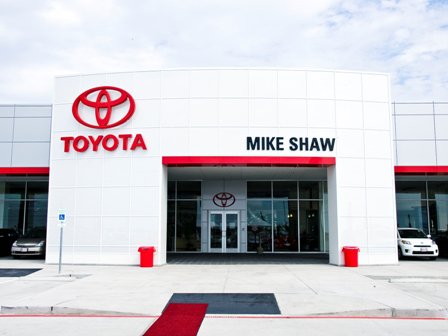 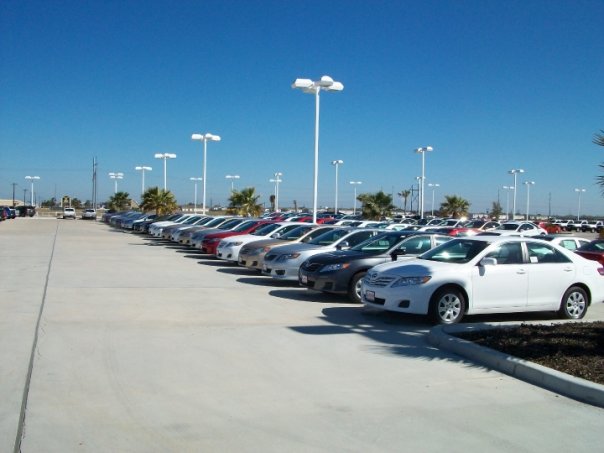 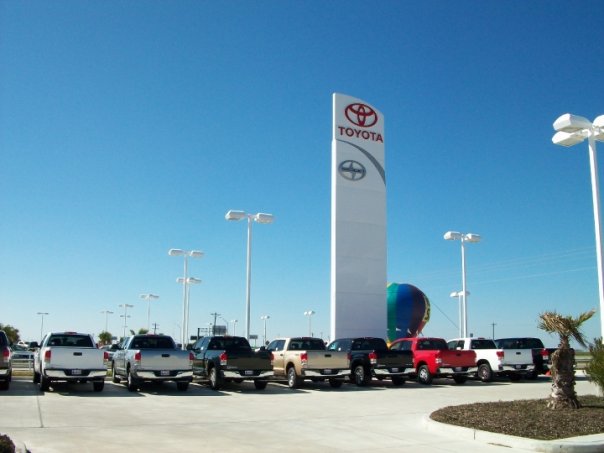 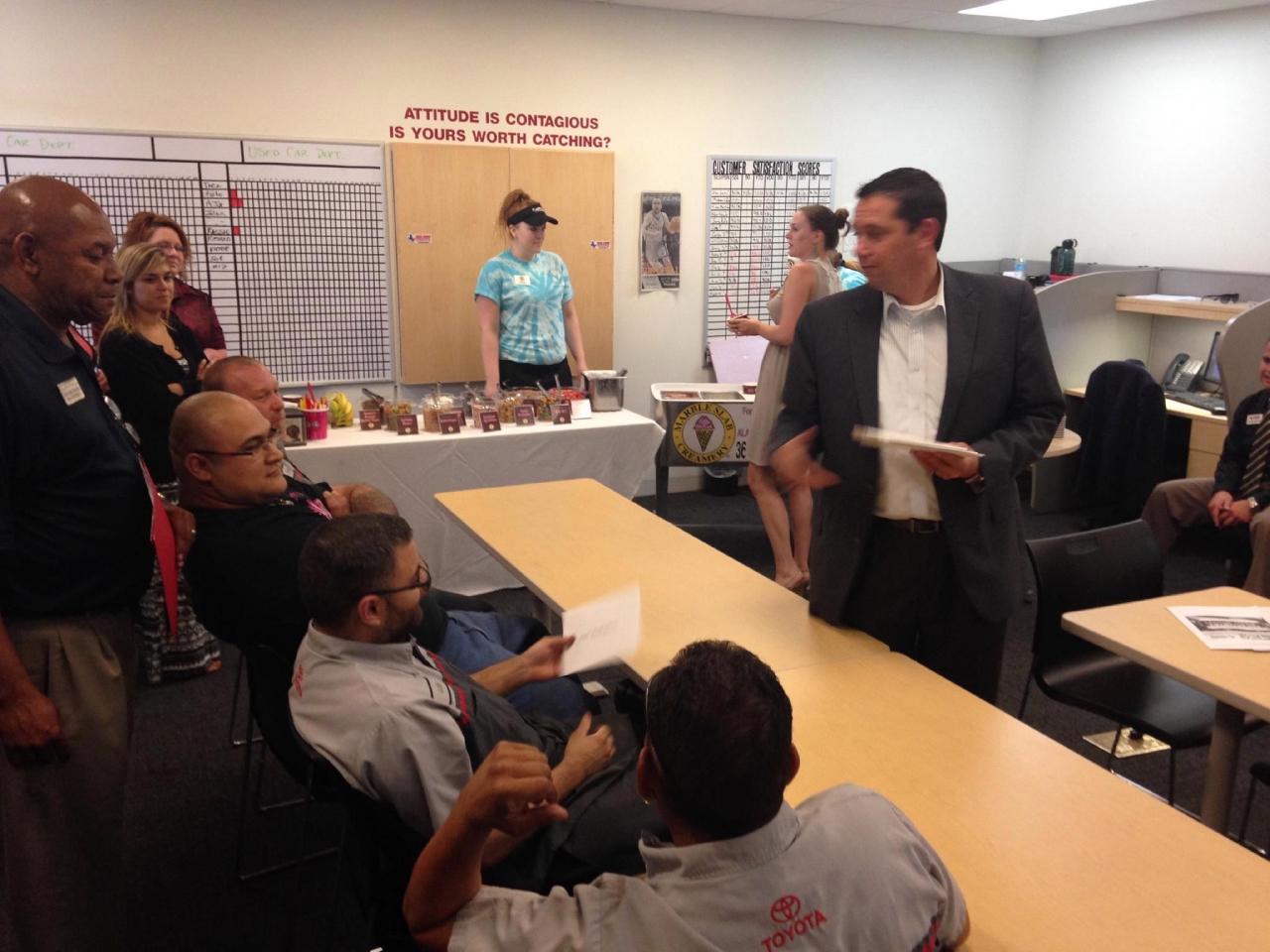 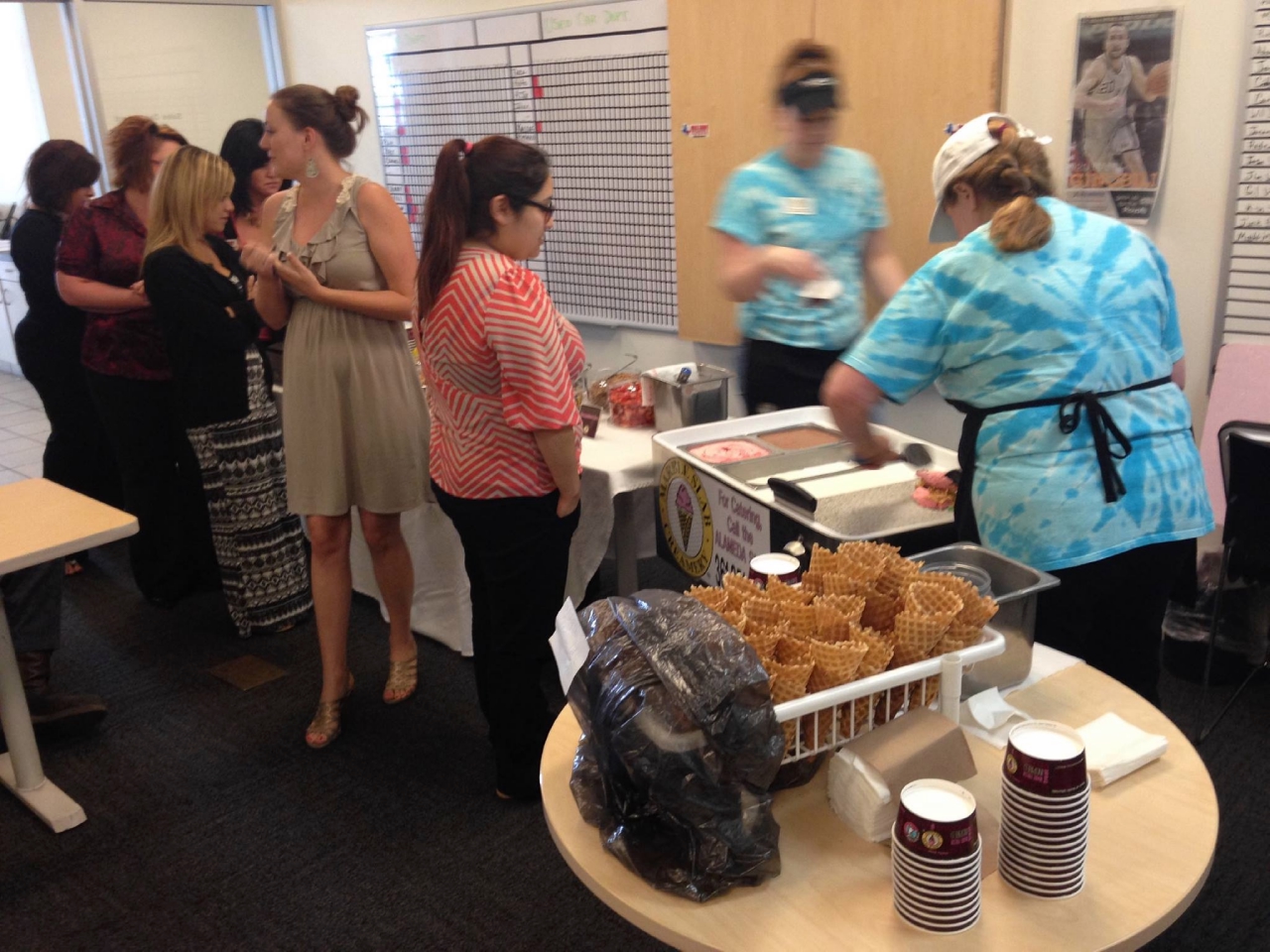 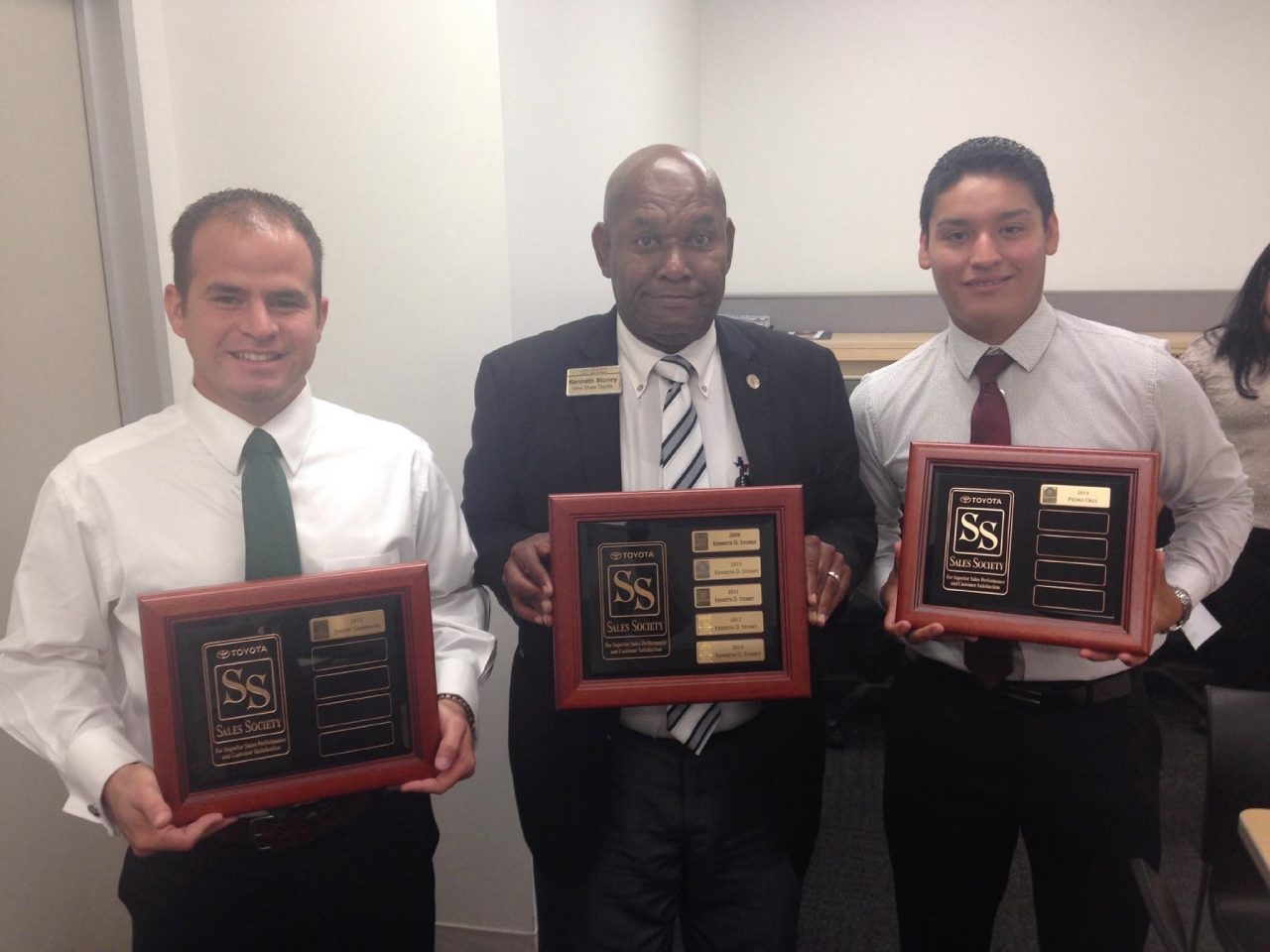 A dealership’s rating is calculated by averaging its lifetime reviews. Includes reviews of Mike Shaw Toyota from DealerRater.

Rates are low because of bad customer service . Don’t...

Rates are low because of bad customer service . Don’t ever buy GAP insurance from them

Was in talks with a salesman here for a couple days, took...

September 22, 2021
By cthulhu on DealerRater

Was in talks with a salesman here for a couple days, took some time off work to go talk in person and test drive a truck on a Saturday. Waiting to hear back all Monday while they "work on trade numbers." Text the salesman Monday to reach out and tells me he's with other people and sent my trade to a manager to see if they could get more. Didn't hear anything all Tuesday. Check the site Wednesday and the truck I was interested is no longer on it, kinda iffy to not let me know to stop wasting my time there. Guess their trade in values are not as "VERY VERY aggressive" as he said.

Learn from our pain, and never buy a car from these...

Learn from our pain, and never buy a car from these scammers, especially if you are a female. Anything they promise to fix before "letting" you take it home will be "broken" after you leave them your money. They obviously count on the fact that the used car buyer isn't likely to have the money to sue them. Don't think the "big car dealer" "we have our reputation to uphold" argument holds at Mike Shaw Toyota. It most certainly does not!

Rating breakdown (out of 5):
Worked with:
0 people out of 0 found this review helpful.
Show full review
1.6

I bought a used vehicle, after a few days started having...

I bought a used vehicle, after a few days started having some issues. I took it to the service department with appointments and promised to provide a loaner. I've been there four times, loaner after scheduling every appointment. Keep giving me the run around! Worst service!!!

February 18, 2021
By dknesloney on DealerRater

My husband and I just purchased a 2021 Toyota 4WD Tacoma on 2-10-'21 and had a good experience with Kenneth Stoney, our salesman. Mike Shaw Toyota had little to no Tacomas on their lot because of the high demand for them at this time. They were being sold before arrival. They ordered one for us to our specifications and it arrived much sooner than expected. So far, so good!! Mr. Stoney is the MAN to deal with as far as we are concerned. Very pleasant to work with.

January 20, 2021
By TCardwell on DealerRater

Where to begin.... (TL:DR - skip these guys completely) First, we'll start with cultural and, dare I say, ethical issues. A TRD Pro Tundra was listed as available, which I inquired about. Was told it was ready for a test drive, and they would gladly set up the appointment. We live about 3.5 hours/220ish miles away, so I asked that the vehicle be secured and the test drive/appointment set up for monday morning. All confirmed, so we hit the road first thing Monday AM. I emailed ahead of time confirming we were on our way, so there was no concern of us skipping. Johnny replied and said he was ready for us. We arrive to be told the truck had sold a week ago 'BUT! We have another white Tundra with a great package ready to go!". No. Sir. I knew what i wanted, and you told me it was available. I politely (first mistake) expressed my frustrations asked not to be contacted again, and we promptly left. I received an email about 20 minutes later apologizing, stating he'd found another one locally that was identical which the dealership could trade for. I (second mistake) asked him to confirm, and immediately notify me, since we were grabbing a quick lunch before heading back. He promptly provided the build sheet with the additional options, and said he was working solely on getting that vehicle to his dealership. Fast forward 2 hours, 3 emails, promises of personal pickup and expeditious paperwork, he said the truck can't be physically released until the following morning, but due to the issues, they will deliver the vehicle to me, free. Fine. Tuesday AM, I text at 10am and am told "Been working it since first thing, I'll have an update for you shortly". Final mistake. Not a single reply since. I contacted once more, asking to simply confirm if it will happen or not, and I've heard nothing. Here is the long and short of it. I was lied to, in order to get me to the dealership and they knew full well how far away we were, what my intentions were, and it was just misleading. Second of all, they're leaving sold trucks online for expended periods (I'll give you 24-48 hours from sale, tech department, to remove a vehicle from online inventory, even though thats borderline inexcusable. Don't @ me) solely to drive internet traffic, phone calls, contact harvesting, and clicks. Its 100% clickbait. Yes, their vehicle inventory, including sold vehicles, is exactly the same as those stupid facebook "You'll never guess what XXX said while filming their latest blockbuster!". The latter is my biggest issue with the dealership. It is also why I included the sales manager in this review. Mike Shaw Toyota has allowed a culture to develop and act this way. Nefarious tactics. Shady methods. Downright misrepresenting their product (inventory) to attract buyers and traffic. Mike Shaw Toyota is a shame to the brand of Toyota, to the honest dealerships out there, and intensely worthy of the title "Stealership". Avoid them. Heck, don't just avoid them, but warn your friends and family to stay away as well. By the way, I called nearby, and found the TRD Pro they claimed was now theirs, and bought it. Free delivery to Houston, and everything handled within a half hour, this morning. Thats how you do business.

Went to Mike Shaw for a 35k oil change today...

Went to Mike Shaw for a 35k oil change today (12/17/2020). Thought it would be a good way to check out the service department before considering purchasing a new Tundra from Mike Shaw Toyota. The oil change was on special $69.00. Little did I know you had to download the coupon from their website to receive the “Special” . Red flag number 1 When checking out with the service advisor I was given a list of items that needed service. Rear differential, power steering fluid, brake system flush, fuel system service, engine and passenger air filters. I asked why all of these items needed replaced or serviced and was told these are recommended. The total for these recommendations $650.00 Red flag number 2 Too make me feel as if the truck was in terrible condition they provided stock type pictures of dirty fluids, air filters versus new fluids and filters. Red flag number 3. When I mentioned to my service advisor that my truck had a K&N air filters, she was mad, that the technicians may not have actually checked the listed items, and she was going to bring it up at there morning meeting on Thursday. A great performance but not sincere. They got caught! Red Flag number 4. To say the least I have no faith in the Mike Shaw Toyota service department. I have serious doubts they even changed my oil filter, the reason I say this is my computer driven 50 point inspection showed that all fluids were topped of and all tires were checked for correct OEM air pressure. A check of my tires showed the same tire pressure when I arrived at the dealership. Red Flag number 5. Lastly, my service advisor had to go and get my vehicle from the back side of the express lube, which I told her I would gladly go and get my vehicle, since she is pregnant in her last trimester. I have never been to a dealership that didn’t return your vehicle back to the service department entrance for a waiting customer. I watched my advisor bust her but taking care of customers while I was waiting on my truck. Those of you that value and take care of your Toyota vehicles, this is not the dealership you want to consider. One last thought, when you pay $90.00 for an oil change why can’t they run the vehicles through their car wash. Don’t need to dry it off just show a little pride in your dealership and respect for your customer.

My first experience with this dealer goes back to 2012....

October 4, 2020
By Toyota owner on DealerRater

My first experience with this dealer goes back to 2012. I had the Toyota care plan for my truck. When it was expired, I was astonished how difficult it was to remove my oil cartridge on my Tundra, it took a 3' breaker bar to take it off. Way too much torque... it seems as if they never changed the oil cartridge when I had received the 'Toyota care'. My next truck a Tacoma, I needed my gear oil changed in my differentials at 90,000 miles in 2018, at the time I didn't have a place to do the work so I had Mike Shaw Toyota Service do the work... When my next gear oil change came up at 120,000 miles in 2019, I could not break the torque for my front differential drain plug. I took it to the dealer and kindly they changed that gear oil for free. The service technician had to hammer a chisel into the drain plug to get it to come off, seriously. The factory spec for that bolt is only 36 ft/lbs, why?? Now in 2020...I just did my 150,000 mile gear oil service, again I had issues with the front differential, but I was able to get the drain bolt off myself. However none of the crush washers were present on the drain or fill hole. Again, Mike Shaw Toyota cutting corners. So... I hope to anyone looking to buy a Toyota- yes they are great trucks and cars. But if you need service. Do not come here!!! They have been perpetually cutting corners on my vehicles and I don't trust them to do work on my vehicles again.

Rating breakdown (out of 5):
Worked with: