See all 81 vehicles from this dealership.

This seller has been on Cars.com since December 2002.
Falvey's Motors has been in business since 1932. We have a strong and committed sales staff with many years of experience satisfying our customers' needs. Located in Norwich CT and neighbor to Mystic Moosup and Colchester we will help you find the vehicle you want. At Falvey's Motors we offer a searchable online inventory of new Chrysler Dodge Ram and Jeep cars plus used cars trucks and SUVs by top manufacturers. Come in and take a test drive! Our sales staff will help you find that new or quality used car you desire.
Always the Best Price - The Best Selection- The Best Buying Experience! 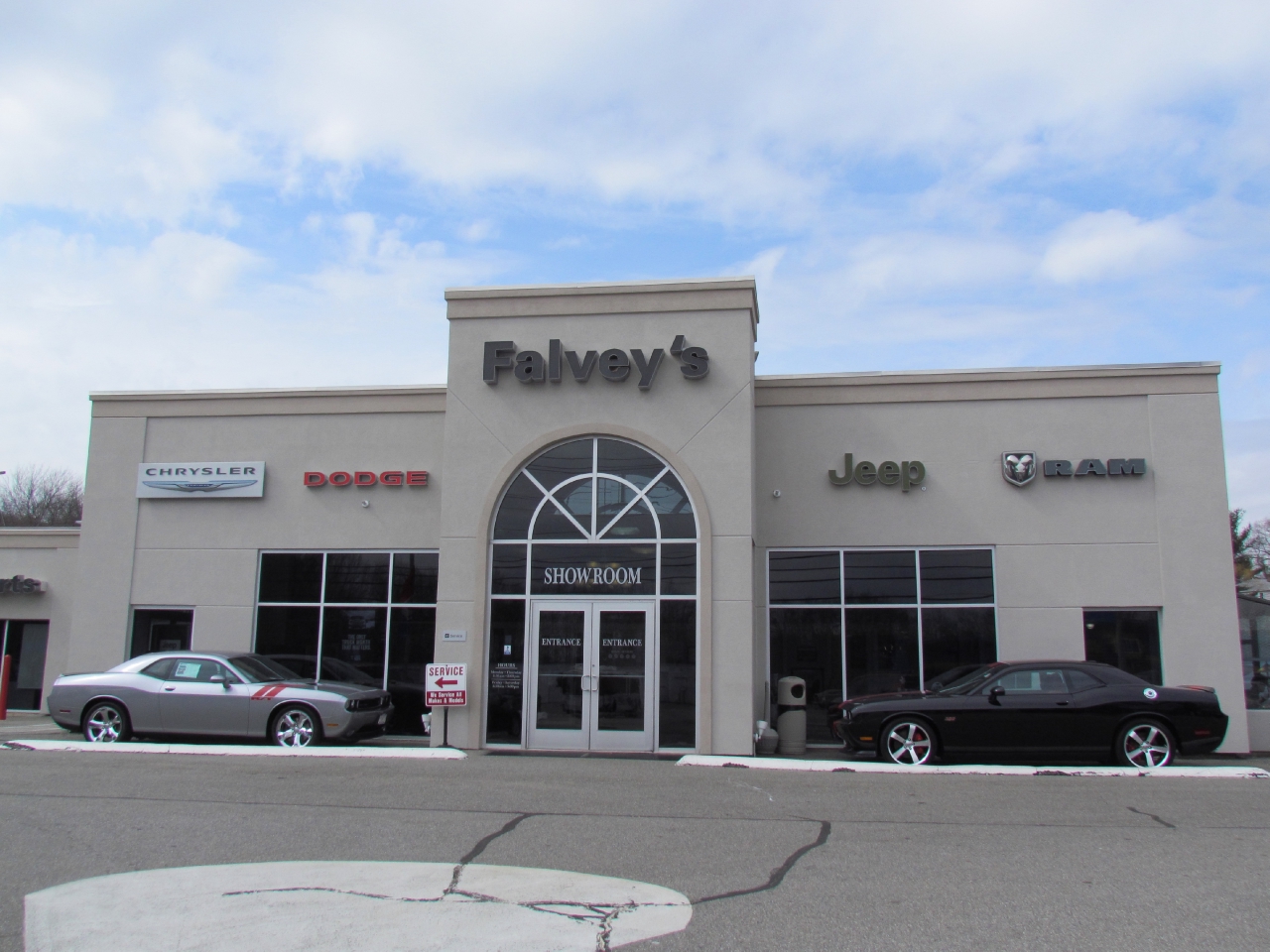 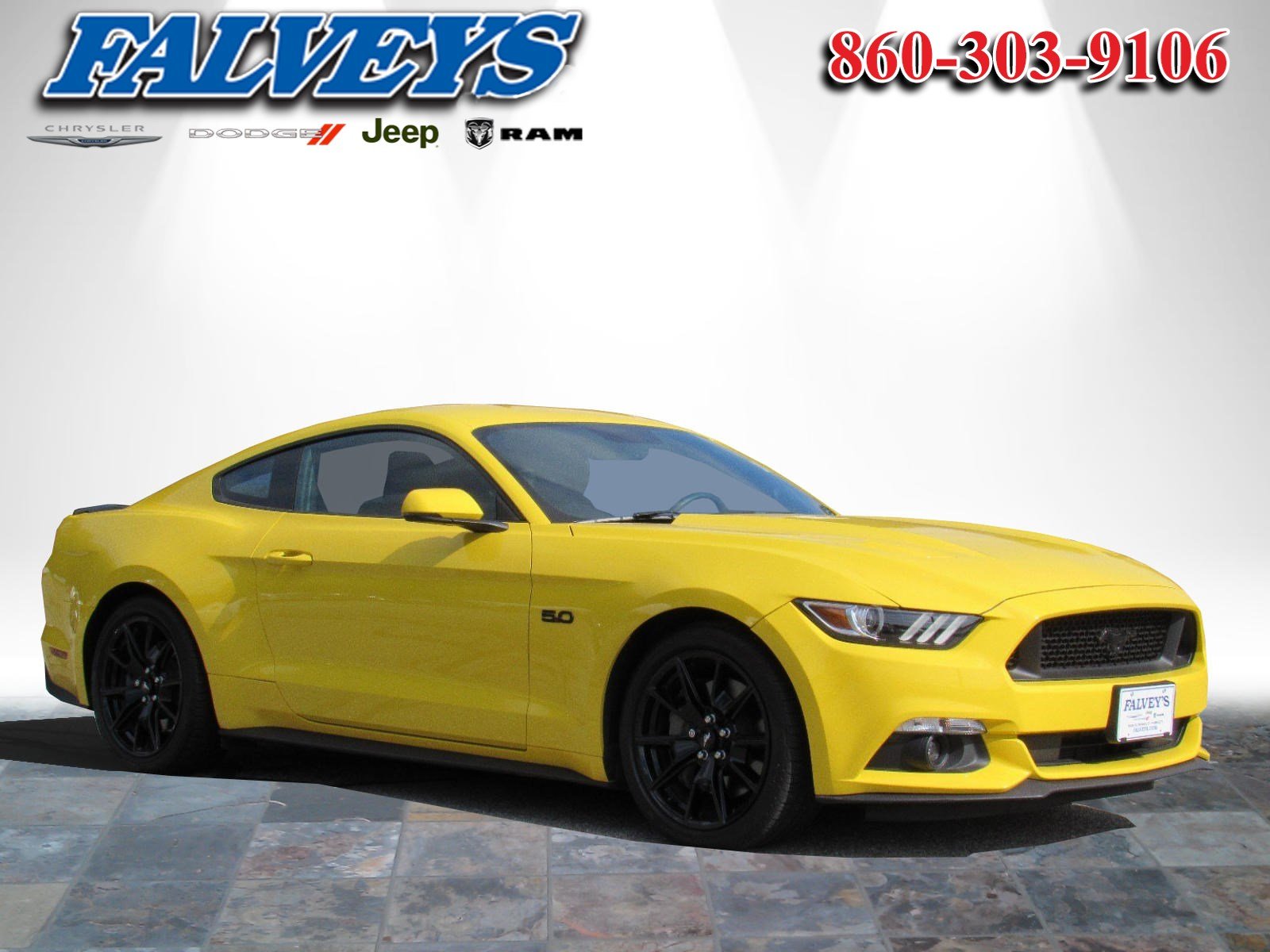 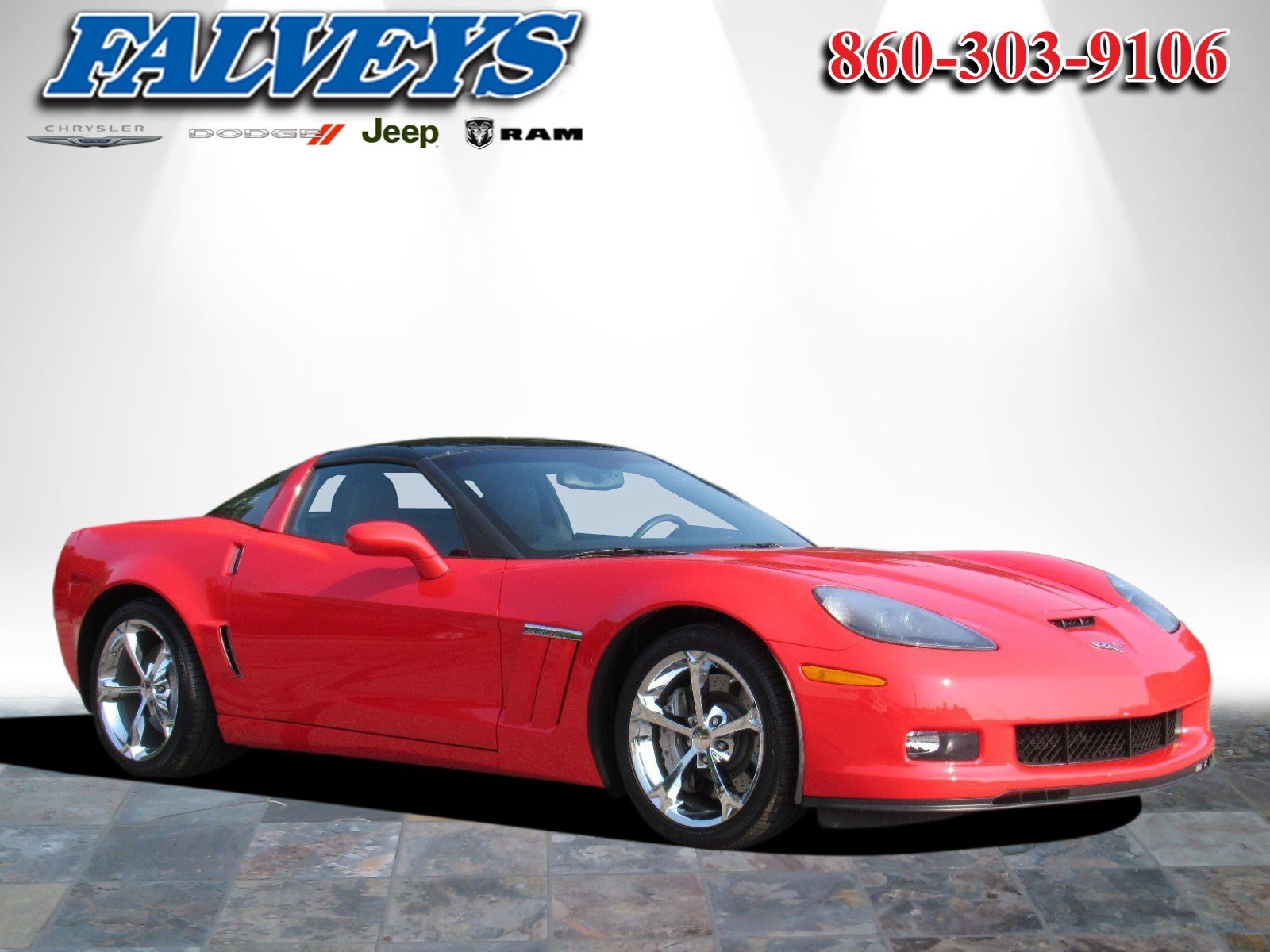 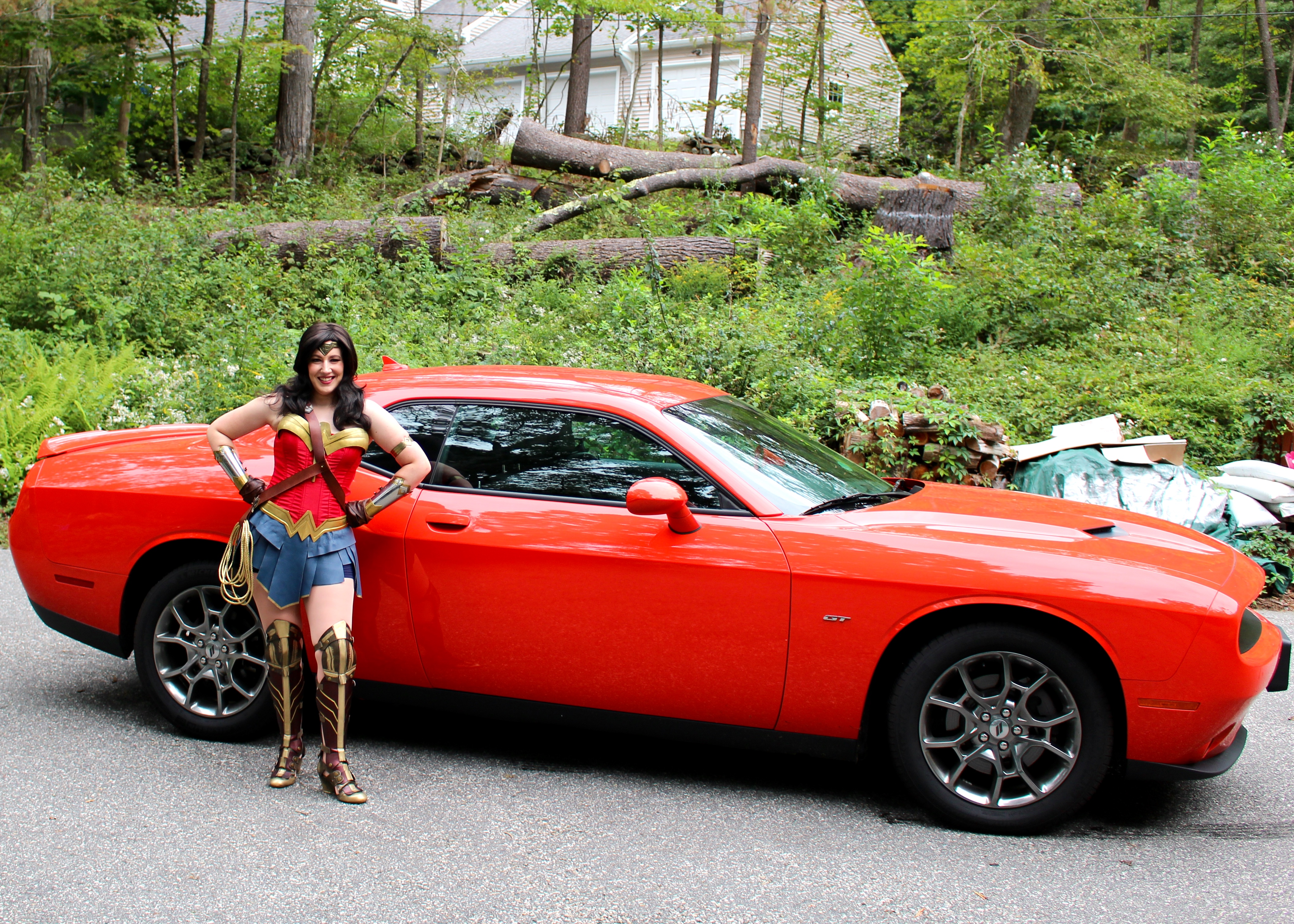 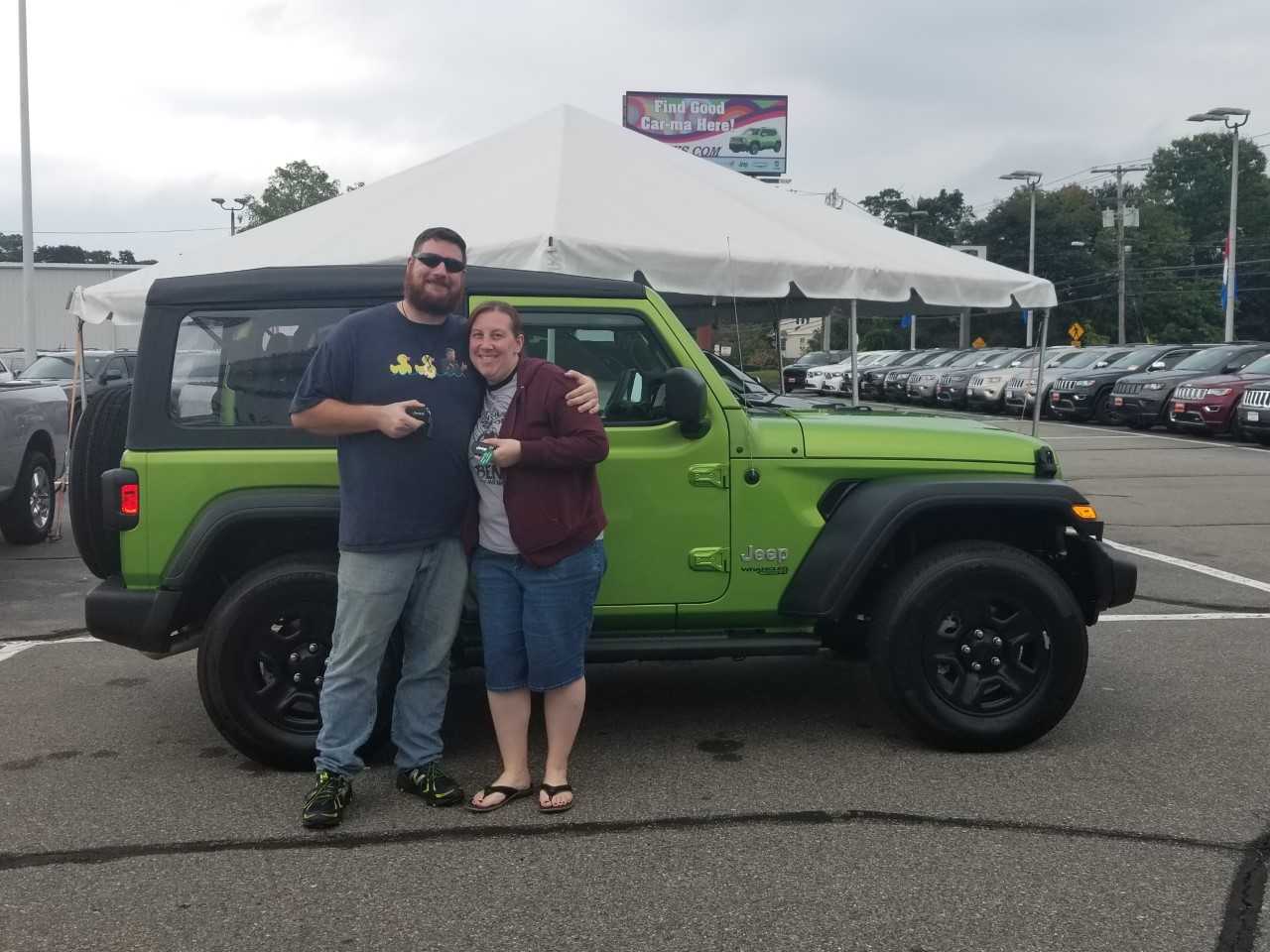 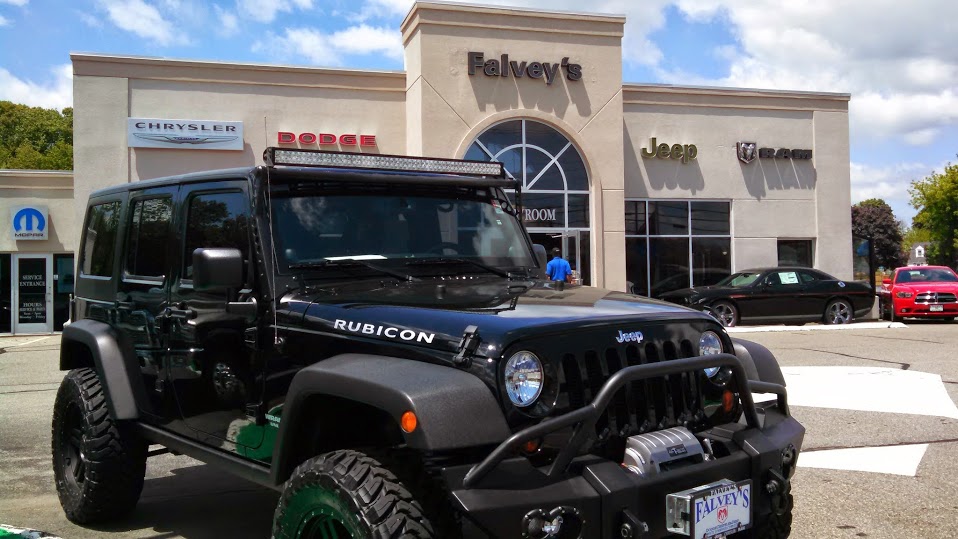 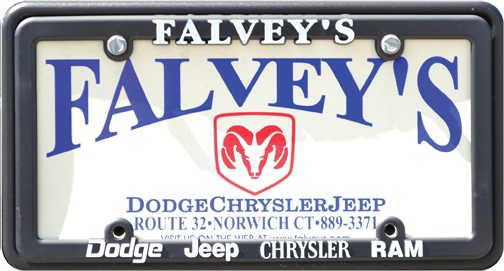 Purchased a power wagon, always wanted one but found the dealership not so cooperative with fixing a problem with the truck. In The past when Tim was around, I always received great service and that is why I purchased it at this dealership. Now that Tim is no longer with us….and they replaced my brakes all they do is squeak! All I want is the original style and not the light weighted ones that they choose to put on my truck never even gave me the option!

Amazing experience!! Set everything up prior, drove 3 hours and all was as expected. Smooth easy transaction to get the wrangler I wanted with no ocer msrp charges. Greg and Rich are the best!! Will recommend to anyone I know for a CJDR!

Lack of attention to diagnosing problem

Brought 2018 Jeep Renegade with sun roof motor problem identified day driven off lot. Seen by selling dealership twice, and again twice while under warranty at Falvey's. We explained to service dept it wasn't debris in tracking. Tracking was maintained and we'll lubed. Not wanting a huge job, or listening to the vehicle owner, they proceeded only with cleaning and redubricating. Knowing it was only a matter of time before the problem reoccurred, we chose NOT to continue using sunroof knowing we needed to find someone within 6 months, other than Falvey's, who would hear us and validate the motor problem while still under warranty. 6 months slipped by, warranty ran out, accidentally pushed sunroof button 4 weeks ago and motor permamtly is dead in open position (per Secor Saab/Jeep New London, who say they hear alot of unmanaged issues after Falvey repairs). Secor saab/jeep must now seal sunroof shut for $500, not under warranty, car is devalued. A doctor will listen to the patient for accurate testing and diagnosing to save a life. Not listening to the customer in this case either cost 4k for a new motor replacement or $500 to pwrmanently seal the roof shut. Lack of listening to the customer and spending time to verify the real problem hurt the customer. Service manager has no comment.

Reached out to Falvey’s after seeing a 2020 Jeep Cherokee...

Reached out to Falvey’s after seeing a 2020 Jeep Cherokee Trailhawk advertised on their website. Test drove/purchased that afternoon. Easiest vehicle purchase experience ever. Dealt with Allie, TJ, Nik and Charlie. Highly recommend this family owned/operated dealership.

Bought a truck here and also serviced my truck here numerous times and every time I brought it in to be serviced somebody stole something out of the car, never seemed to have the part I needed so had to return most of the time.

Heater core leaking, Falveys insisted radiator had many leaks and pouring out coolant, must replace; made me have them replace it. Issue not corrected, they didn't look at heater core any of 4 visits for them to look at it or replace it. I was told I had to bring jeep back again and pay again for them to look at heater core. Pay again for what they were paid to do the first time and never did, really? Don't trust Falveys to do anything correctly.

As a woman buying a vehicle on her own, we’ve all heard the horror stories. But my experience at Falveys was fantastic!! All questions were patiently answered even the ones that seemed silly in hindsight. Everyone I dealt with was wonderful! My salesman was TJ and he was very patient and polite. The people working congratulated me on my new Jeep! Worked also with a kind man named Greg to sign papers and one of the owners came out to see if everything was ok. Nothing could have been easier!

Had van worked on. The repair is now leaking again. Worst group of mechanics I have ever seen !!! I would never bring my vehicle here ever again !! They charged me top dollar and got bad repair.

Tom was my sales man for my gladiator. I had a great experience up front with everything part of the sale. Listen to what I wanted. Everyone was great to work with could not ask for more. I would definitely buy from them again.

November 25, 2019
By Breyanna on DealerRater

I spoke with Allie Fritz in regards to a 2019 Jeep Compass Altitude she was very helpful and I was looking forward to having a great experience as a first time car shopper at this dealership. I drove from NY to CT due to advertising online for my car of interest. I printed out pictures of the car I had an interest in which was advertised for $29,666 however, while sitting with Finance Manager: Charlie he was telling me that the car is $32,000. This to me was odd as I’d been eying this car for the month of November with the $29,666 price. It appears that the dealership upped the price after the inquiry I made in hopes that I would pay an arm and leg for 2019 due to my commute. To make matters worse, the salesman I worked with “Bob” was not helpful in answering my questions and gave very poor customer service. Every question I had, he directed me to speak to Charlie. When I asked to speak with Charlie, directly, he informed me that he was not available. Bob asked me things such as my sales tax in NY, how much money I wanted to put down and credit score, before even taking me on a test drive for the car I was interested in. Furthermore, he was very condescending in referring to me as young lady and my farther as young man. I explained to both representatives that I was interested in leasing, however, despite this was being convinced to finance. Charlie agreed, to “reach out to the banks to see if a lease was possible, however after reviewing my credit report no call was even made”. After not seeing eye to on the car I wanted, Charlie and Bob convinced me to take a look at a used 2019 Jeep Limited which I explained to them I was not interested in purchasing a used vehicle. Despite this, I took a test drive...to which Bob would not allow me to drive off the lot stating it’s a very dangerous road....to only drive a less than a mile down on the same road to switch off”. I explained to Bob the car presented was not the color I was looking for nor did it have the feature I wanted( a sun roof). He said don’t worry about it this is better car, the seats are “more cushioned...look at the rims on this one”, things that I explained to him were not my wants for a car. I said to Bob these seats are the same as the Altitude and he said no these are better...as if I did not do my research on the different models for the Compass. After entertaining this idea of a used car, we talked numbers and the quote was outrageous something that would be more suitable for a Grand Cherokee. I thanked Bob for his time, and he said speak to Charlie before you leave. At this point I felt like Bob and Charlie were trying to take advantage of the fact that I was young and new to purchasing a car. Charlie walked out to me while in my car and I informed that the cars presented were not suitable for my needs and thanked him for his time. I winded up driving down the street to Nissan of Norwich where I had the COMPLETE opposite experience from this experience. I was able to walk out with a 2020 vehicle for less than the quotes I was presented with at this dealership. I would definitely recommend any buyer staying clear of the two staff members in this review. Lastly, after driving home in my new car, I reviewed Falveys used car inventory. The sad part about this experience is that they had a car that was in my budget with the color I wanted and could’ve had my business if the two staff members listened to my needs and wants instead of trying to sell me what they felt was good for me.

Rating breakdown (out of 5):
0 people out of 0 found this review helpful.
Show full review
See all 589 reviews