See all 149 vehicles from this dealership.

This seller has been on Cars.com since March 2007.
At Mike Piazza Honda we have a strong and committed sales staff with many years of experience satisfying our customers' needs. As part of the Piazza Auto Group we offer an extensive online inventory of new and Certified Pre-owned Honda models as well as used cars by today's top manufacturers. We will assist you in finding that new Honda or quality used car that you have been searching for.

Stop in and take a test drive! We are conveniently located in Langhorne Pennsylvania just outside of Philadelphia and Trenton. Be sure to visit our website to find out about our exclusive Piazza Advantage and Refer a Friend Programs. 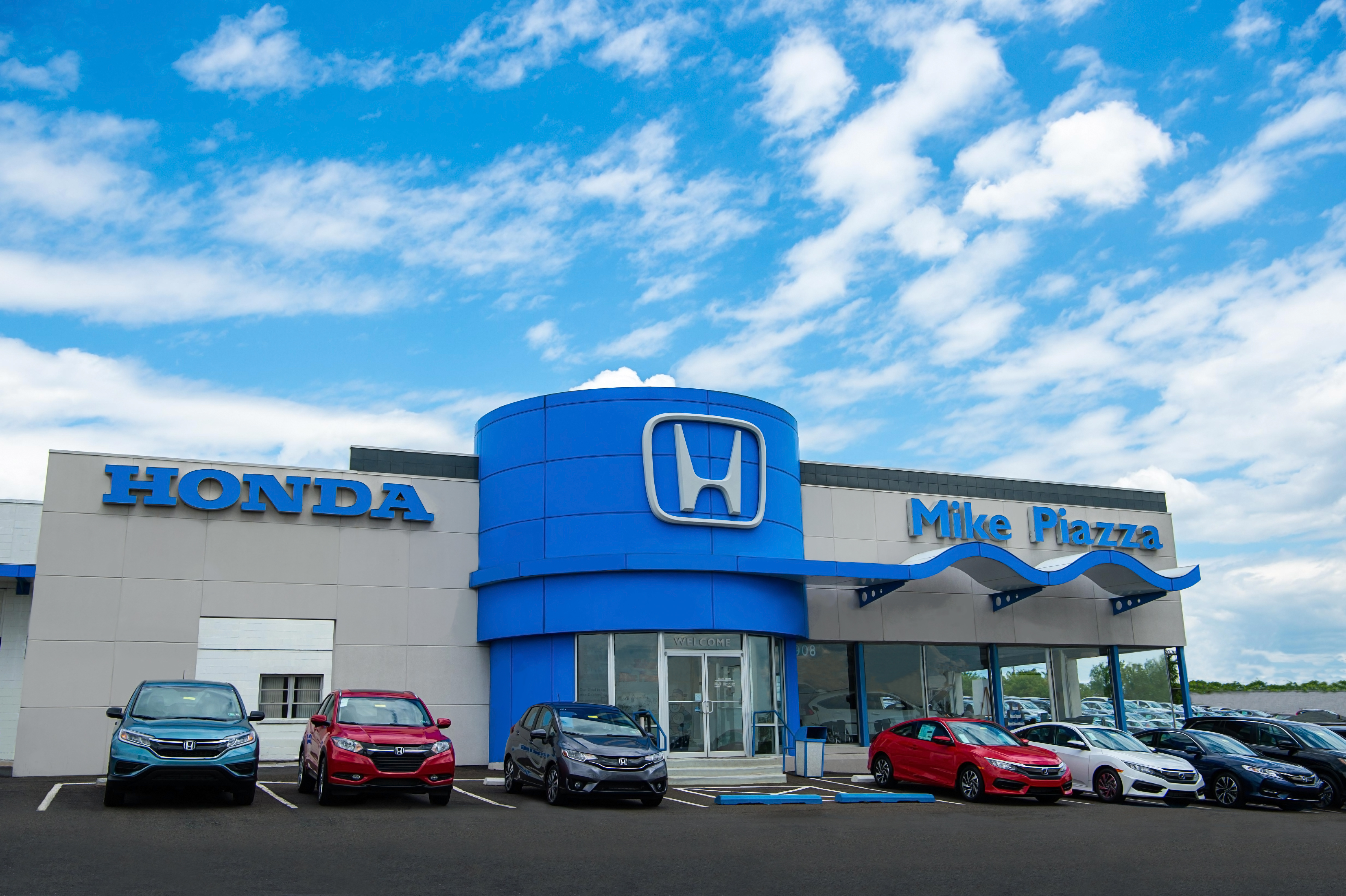 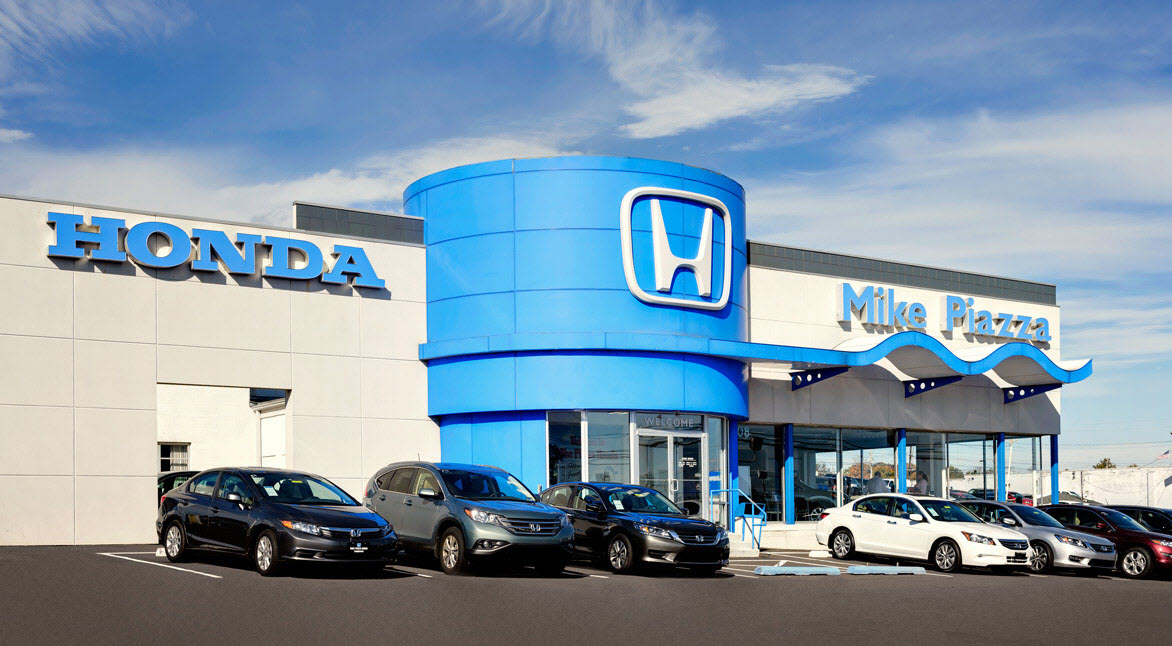 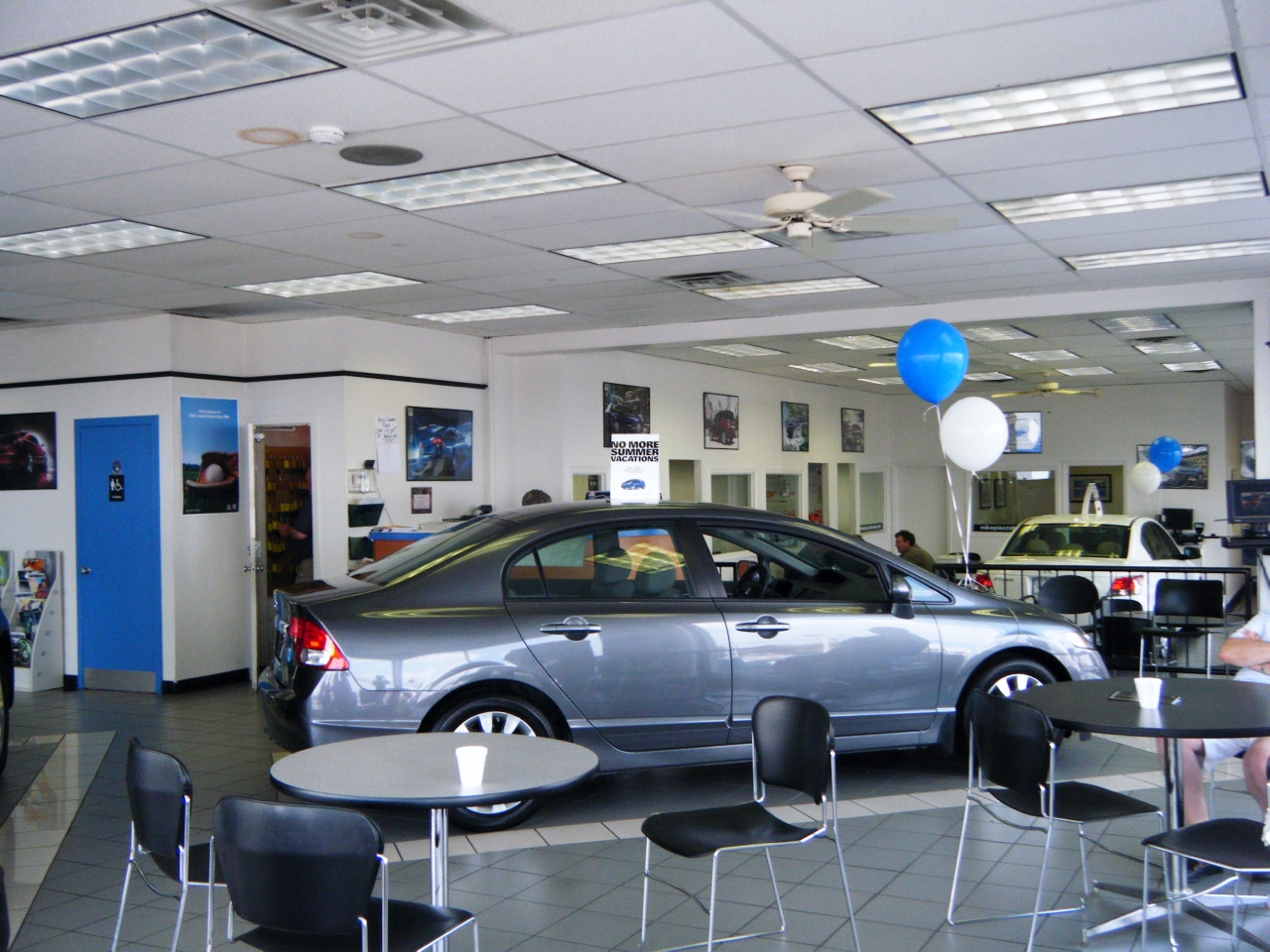 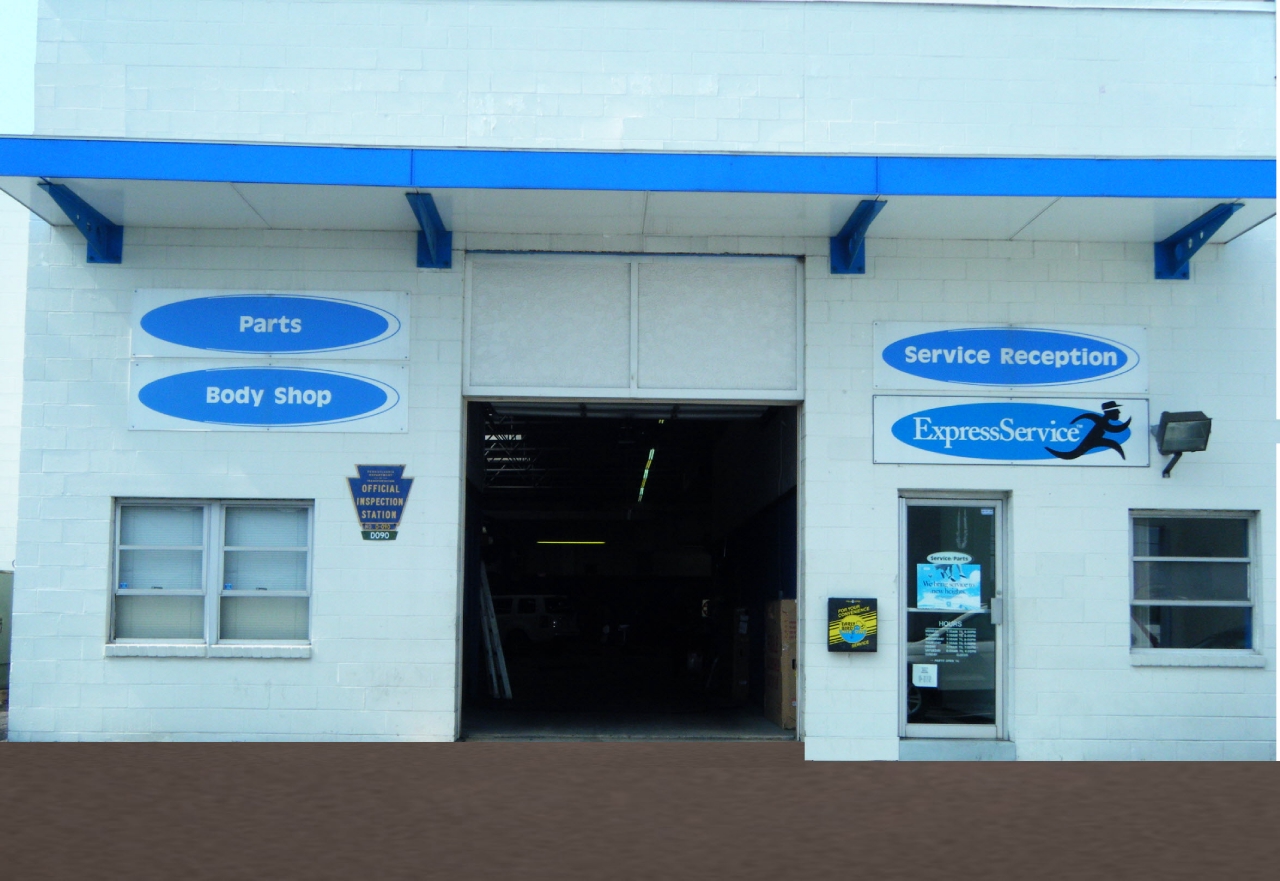 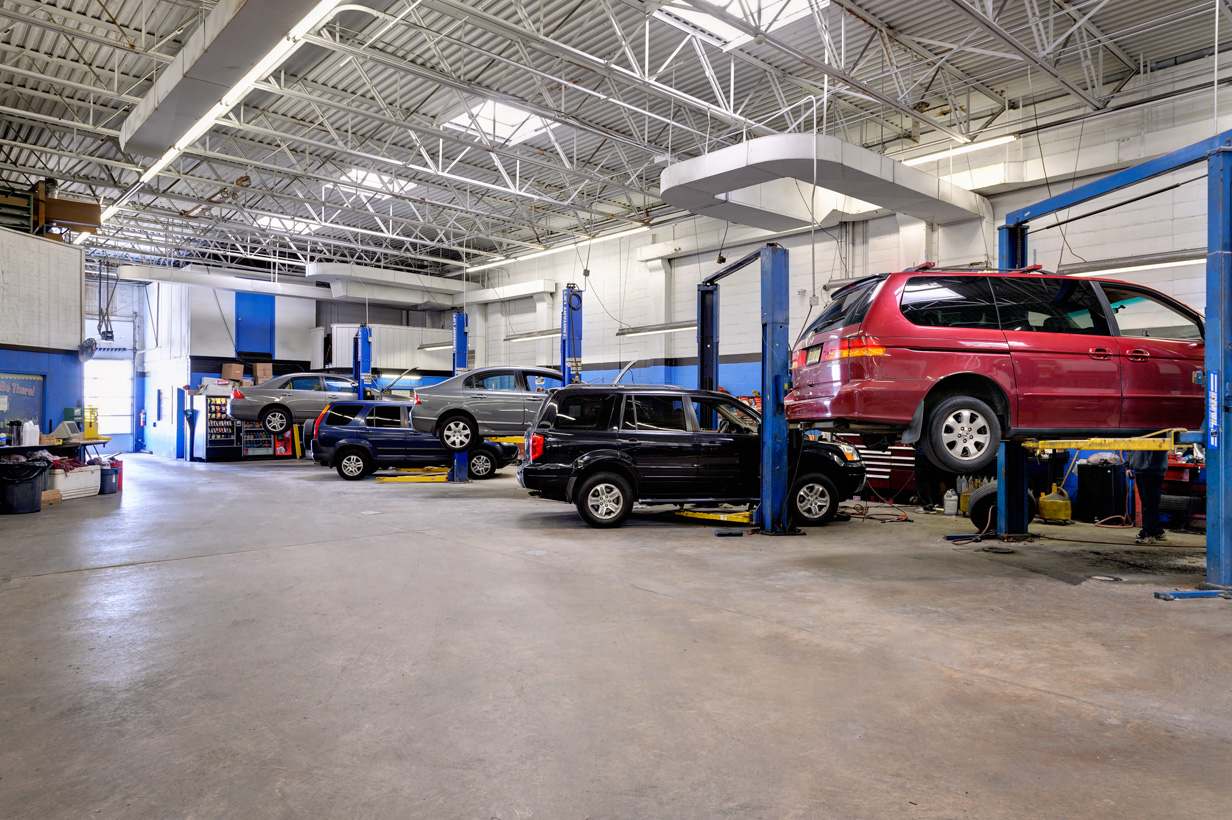 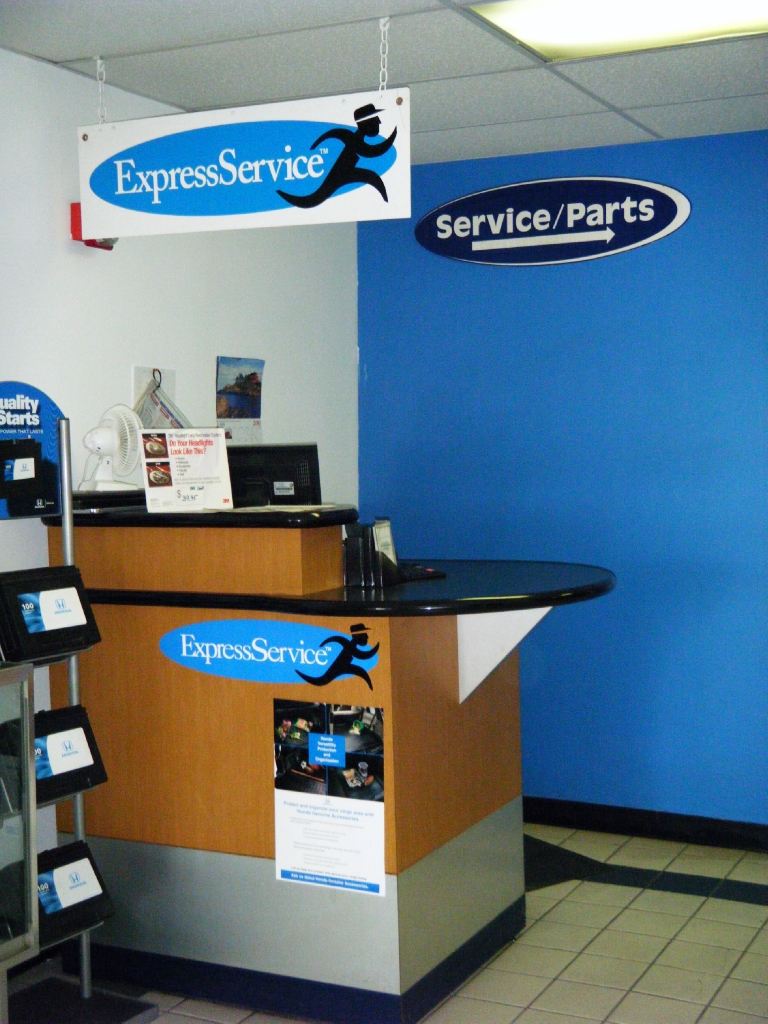 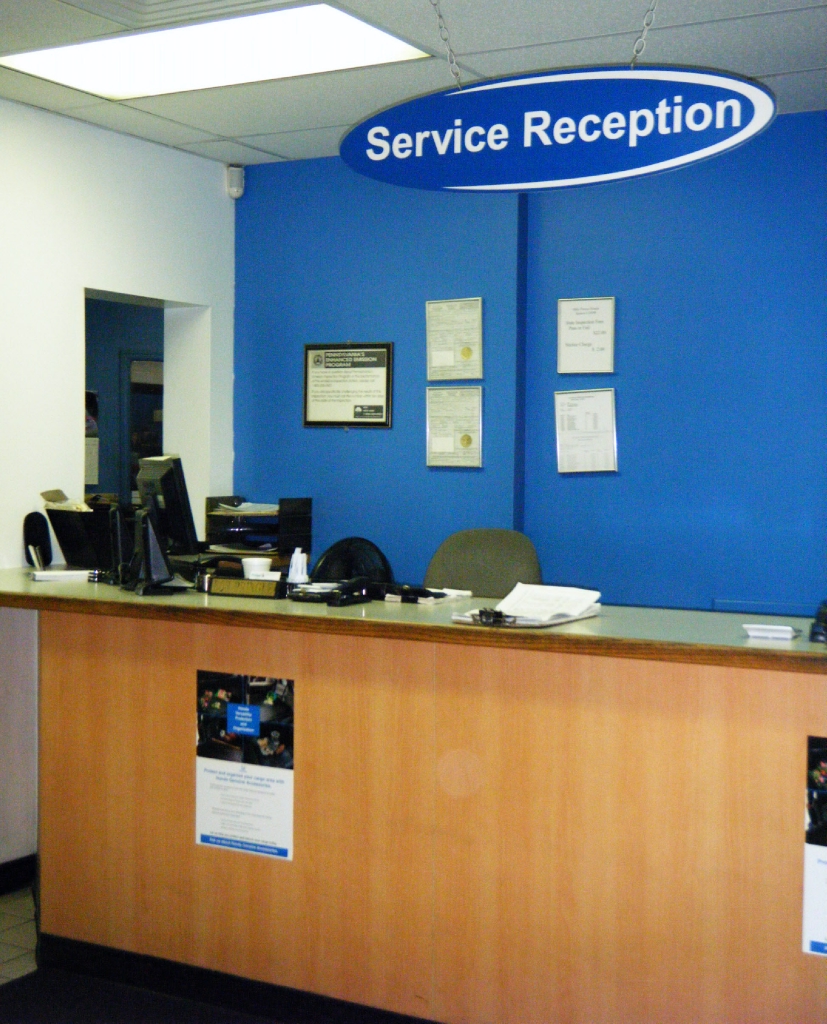 Told me a car was available to get me up there for backup They also told me for 2 months 10 k dealer mark up and last minute added 5 k When I got there they could care less I wasted bc my time and they knew the car was sold . Typical dealers - money over customer x100

Terrible customer service they prey on first time car buyers and immigrants with a language barrier. Stay away.

If I could give this place zero stars, I would.

September 3, 2022
By felicity.ak.fox on DealerRater

If I could give this place zero stars, I would. The Ridgeline we were interested in was almost $10k more expensive on the lot than what was listed online (and got us to head here from Northern Virginia). When we asked about the difference and whether they would—not *could*—honor it, we were given some bullsh* before my favorite part: being told how prices apparently work. “It’s like when you see something online at Walmart and you get in there and the price is different in the store.” He also side-eyes me when I asked that when he brings us the price, he also gives us the dealership APR: “Why do you want that?” F* off with that. That alone was enough to make me want to walk out, but he kept my spouse there on the potential of meeting the price after “talking with his manager.” We had a 10-minute timer during which we’d entertain the entire experience, but we ended up walking because while the met the price, they dropped the certified warranty that was in the original listing. I honestly couldn’t post this review fast enough to warn others how awful this place and its employees are. I was sure to leave a “tip” for the guy, though: In the future, it would behoove him to not mansplain to femme-presenting people how prices “work.” 🖕

Rating breakdown (out of 5):
4 people out of 4 found this review helpful.
Show full review
1.0

August 26, 2022
By Go Somewhere else from Phoenixville

I moved to PA from New Hampshire where I had a great Honda dealer. I setup an appointment with Piazza Honda one week in advance for a PA inspection and other routine work. I arrived on time at the Service garage and was told that they could not find a record for my appointment and I would have to leave. I can not believe that a Honda dealership is not capable of tracking its own appointments. If they can not get that basic function correct, why would I trust them with my car maintenance. I will never go to this dealership.

BIG NO NO to abusive dealership.

The one of the worst dealership in area. salesman are shameless and abusive when caught tricking you in pricing. I went there for a listed certified pre owned car and then they wanted extra money for everything. $12K more what I was quoted over the phone. Don't go to them.. BIG NO NO..

Lou Stomel was great to work with and made my car buying experience extremely easy! I would definitely recommend Lou at Mike Piazza to anyone interested in purchasing a vehicle at this location.

Rating breakdown (out of 5):
2 people out of 2 found this review helpful.
Show full review
1.0

The Service department cannot be trusted at Mike Piazza...

The Service department cannot be trusted at Mike Piazza Honda in Langhorne, Pa. I took my 2020 Honda Civic in June 21, 2021 for a noise complaint with the suspicion of the noise coming from the right strut. They documented on the paperwork that complaint. However, after having it until July 1st Joseph Harrington, service advisor, claimed that they did not find any reason for the noise. [It was only driven 3 miles.] They documented that they "tighten sway links in front of vehicle r\f upper half turn, 1\f lower half turn" during that time. When picking up my car, I noticed damage to my rear bumper and brought it to the attention of the service manager, Michael Jaconi. He agreed to take the car back in a week to fix the body damage. He refused to allow me to take back the loaner I just dropped off claiming "it was already given out". He also did not want to make an appointment for me to guarantee a loaner. He kept saying, 'bring it back next week and we will take care of it.' With no other choice I left with plans to later return the following Tuesday, when he claimed to have evening drop off hours. Before leaving Tuesday, July 6, we called the dealership to confirm a loaner and learned service is closed; therefore unable to get keys to a loaner. Thursday, July 8, 2021, I dropped my car off and reported that the noise was still there. I was then put in the exact same loaner I had previously had the week before. Even the paperwork given to me had the June 21 original date on it. Before driving off, I was stopped by Mr. Jaconi who claimed 'that the techs are f***** deaf if they cannot hear the sound' and that he would handle it. My car was first sent to the body shop on July 12, was there for over a week, then it was seen by the shop. On July 19, I get a phone call from Mr. Jaconi explaining that he did an alignment and I could pick up my car. I questioned how the alignment fixed the noise and it was agreed that my car would be looked at again. July 21 I was told it was ready and to pick it up. I picked up my car and sure enough the noise was still there. [It was driven 3 miles during its time there, including its trip to the body shop 'down the road']. My husband then decided to further investigate; thinking it was some hidden problem. It was discovered the right front strut was covered in hydraulic fluid, which shows that it had been leaking for a while. If the service department at Mike Piazza actually tighten the sway link as documented on the paperwork, they would have seen the leak. If Mr. Jaconi or Mr. Harrington properly inspected my car during the second time period my car was there, it would have been discovered.

Rating breakdown (out of 5):
5 people out of 5 found this review helpful.
Show full review
1.0

Buying a car from this dealership was the worst decision...

November 13, 2021
By laxplayer on DealerRater

Buying a car from this dealership was the worst decision I think I ever made. There were sales people openly making fun of a family that were wearing masks, the sales manager cursing in front of children, and they couldn't care less how they made anyone feel. If I wasn't desperate to purchase a car I would have walked out and never looked back. I will NEVER buy another car from this dealership.

Rating breakdown (out of 5):
5 people out of 5 found this review helpful.
Show full review
1.0

I called ahead to receive confirmation the cars...

October 20, 2021
By kkrominsky on DealerRater

I called ahead to receive confirmation the cars advertised were actually on the lot to test drive and a verbal confirmation was given that five 2021 & 2022 Hondas were present. When we arrived only one could be found and the dealer had added five thousand to the MRSP as pure profit. After an hour with a very nice salesman who didn't even have a desk & computer to use two thousand was knocked off the asking price but no other cars were found available that they had verified were on property. I will never go to this dealer again or recommend this dealer.

Rating breakdown (out of 5):
2 people out of 2 found this review helpful.
Show full review
1.0

The dealership would not honor the price on your...

The dealership would not honor the price on your website. I was told there would be a $1000 prep charge and a $345 doc fee. They said they'd waive the prep charge ,but refused to do so on the doc fee, They tried to say doc fee was state law and showed me a bogus chart which had nothing at all to do with the fee,

Rating breakdown (out of 5):
1 person out of 1 found this review helpful.
Show full review
See all 589 reviews