See all 69 vehicles from this dealership.

This seller has been on Cars.com since December 2001.
At our dealership we have devoted ourselves to helping and serving our customers to the best of our ability. We believe the cars we offer are the highest quality and ideal for your life needs. We understand that you rely on our web site for accurate information and it is our pledge to deliver you relevant correct and abundant content.

Please do not hesitate to contact us with any questions you may have. Our staff is happy to answer any and all inquiries in a timely fashion. We look forward to doing business with you!
Orange County?s #1 Volume Chevy dealership for over 65 years! 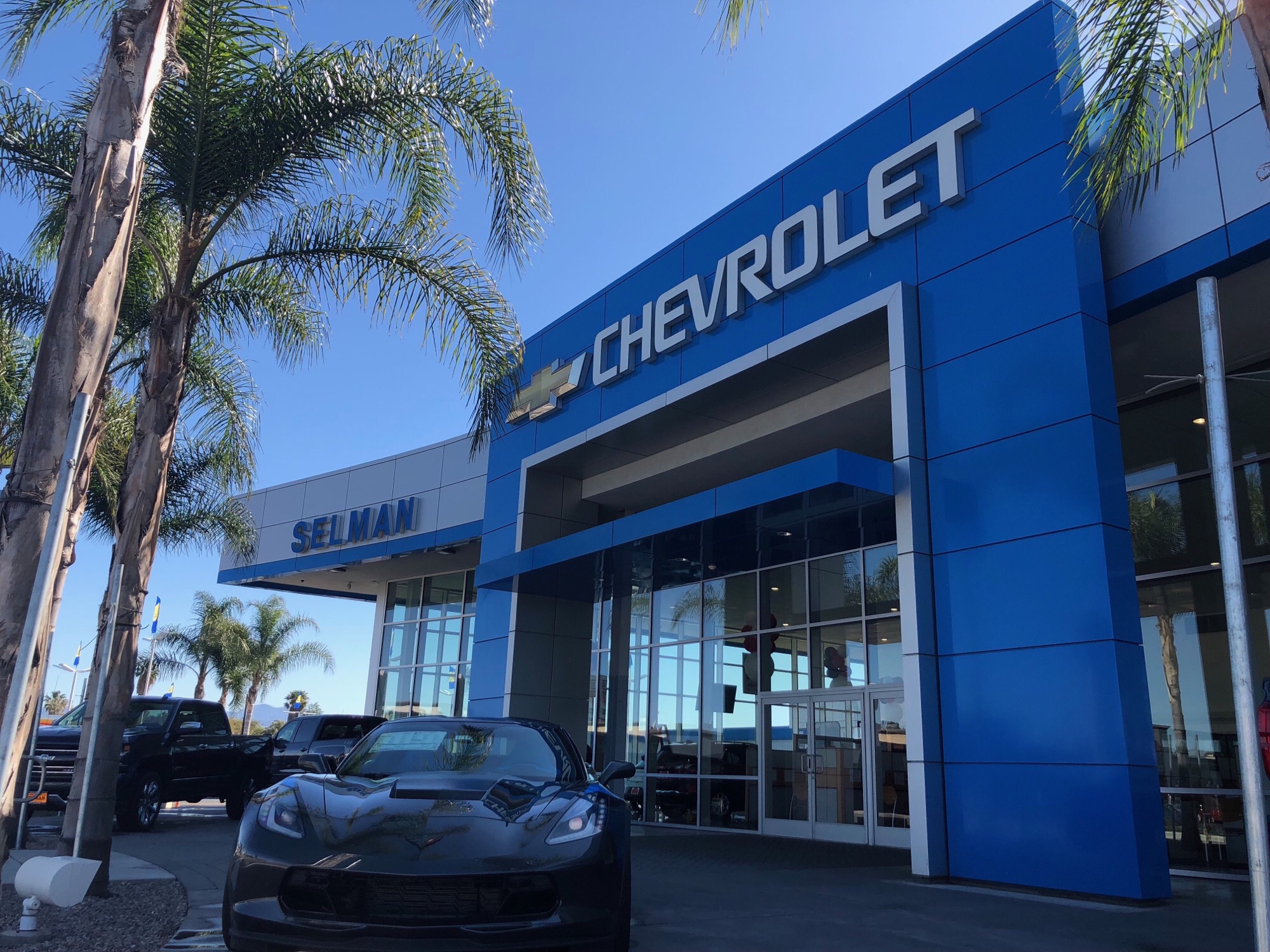 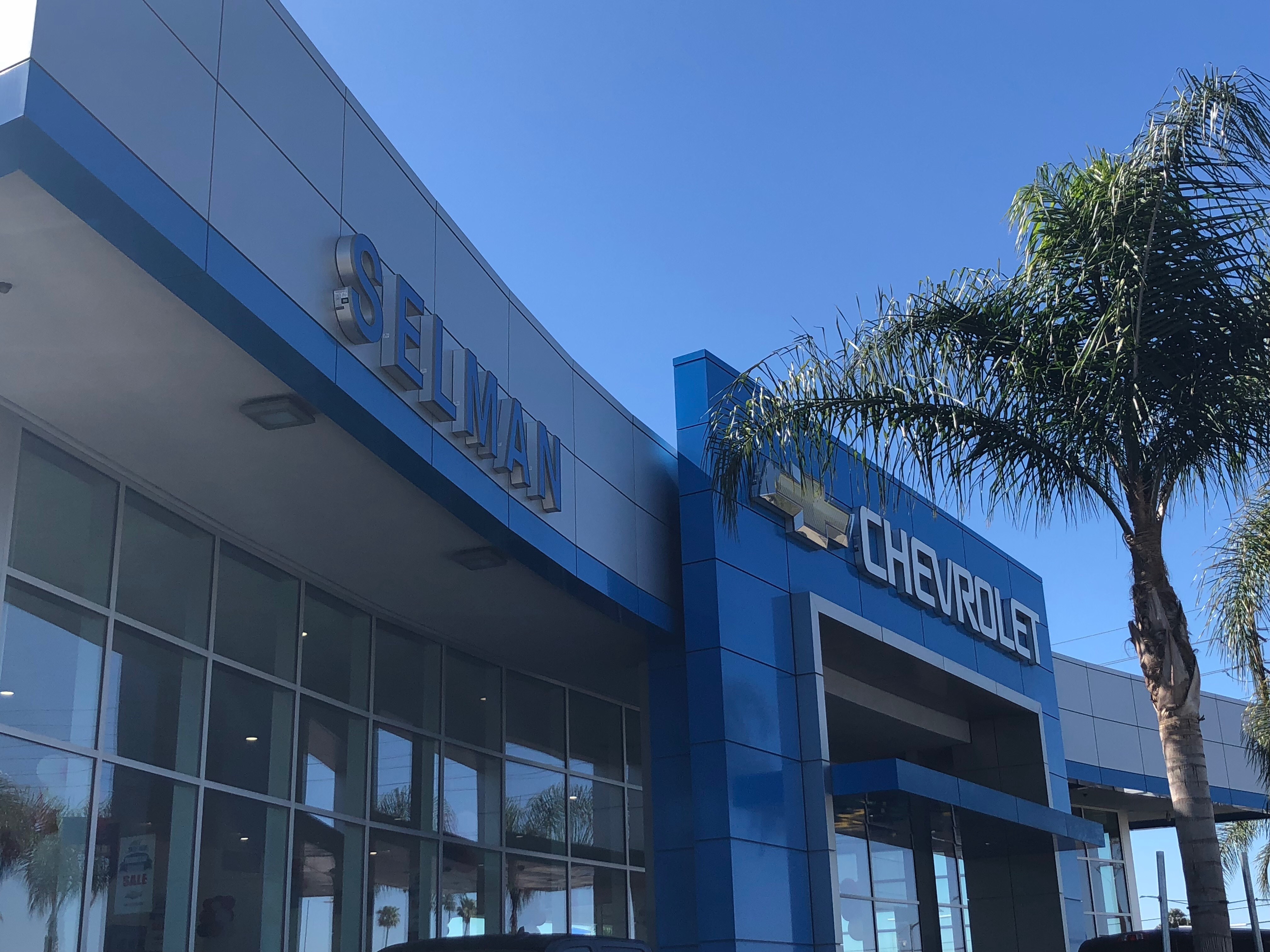 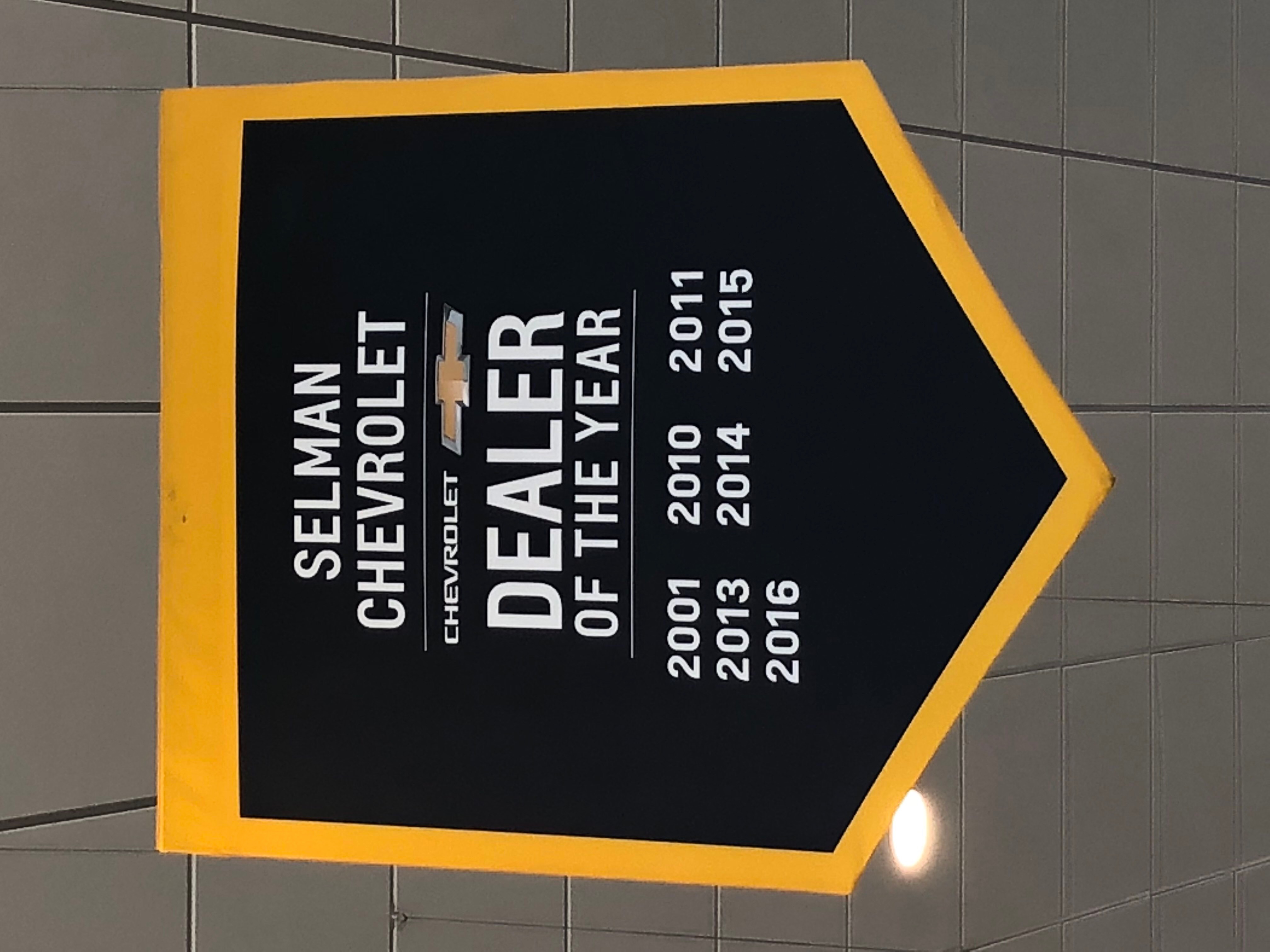 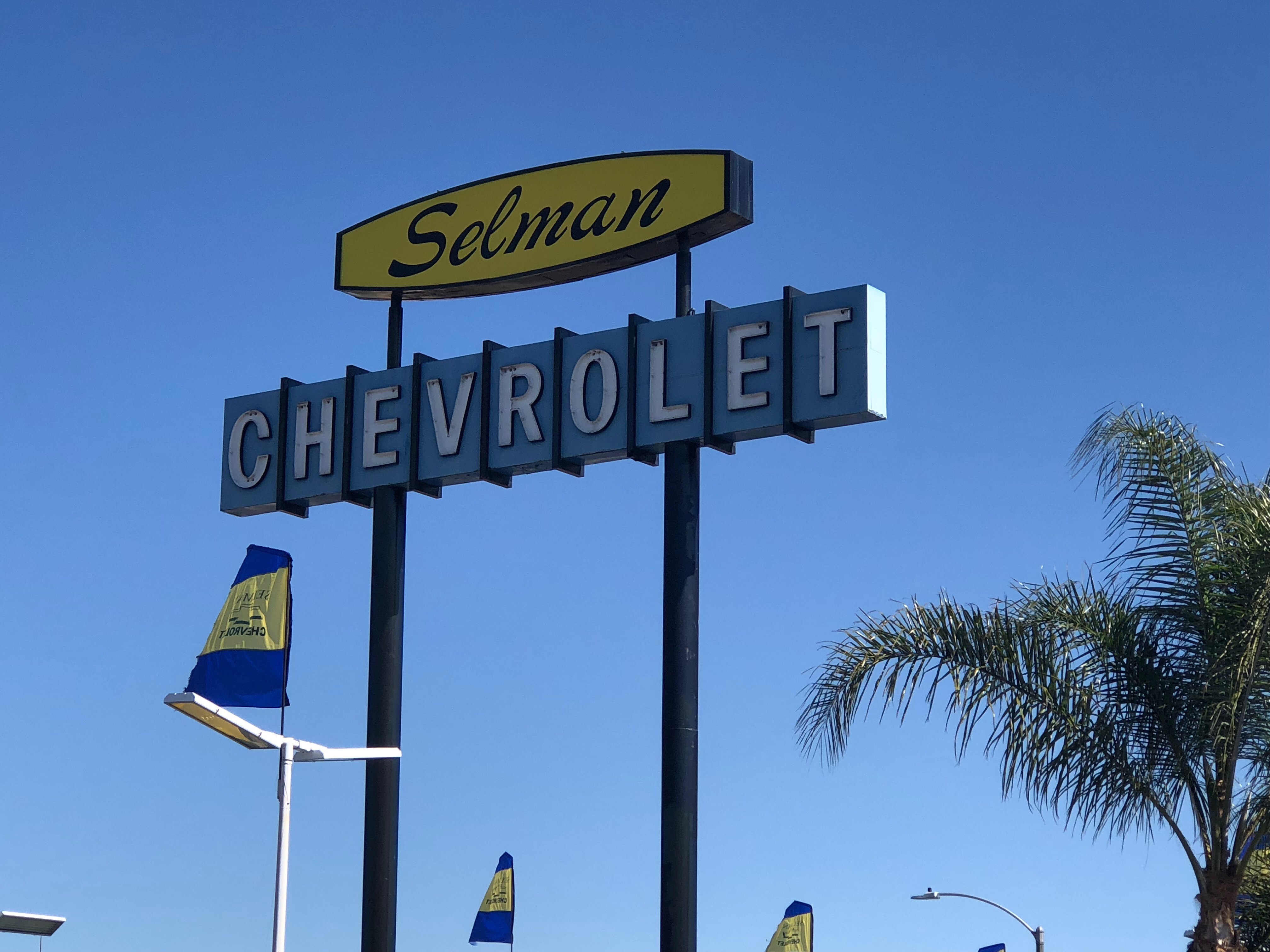 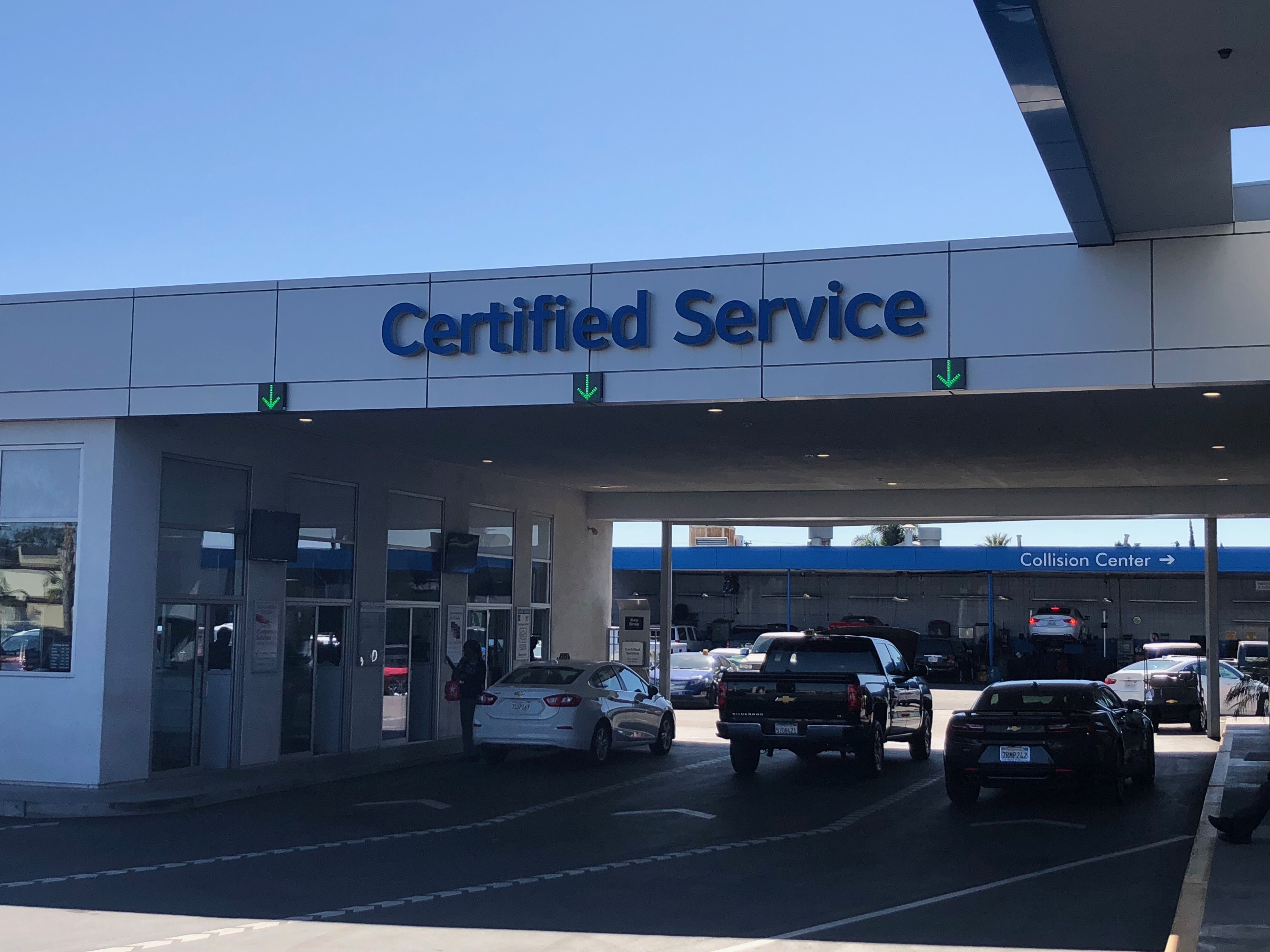 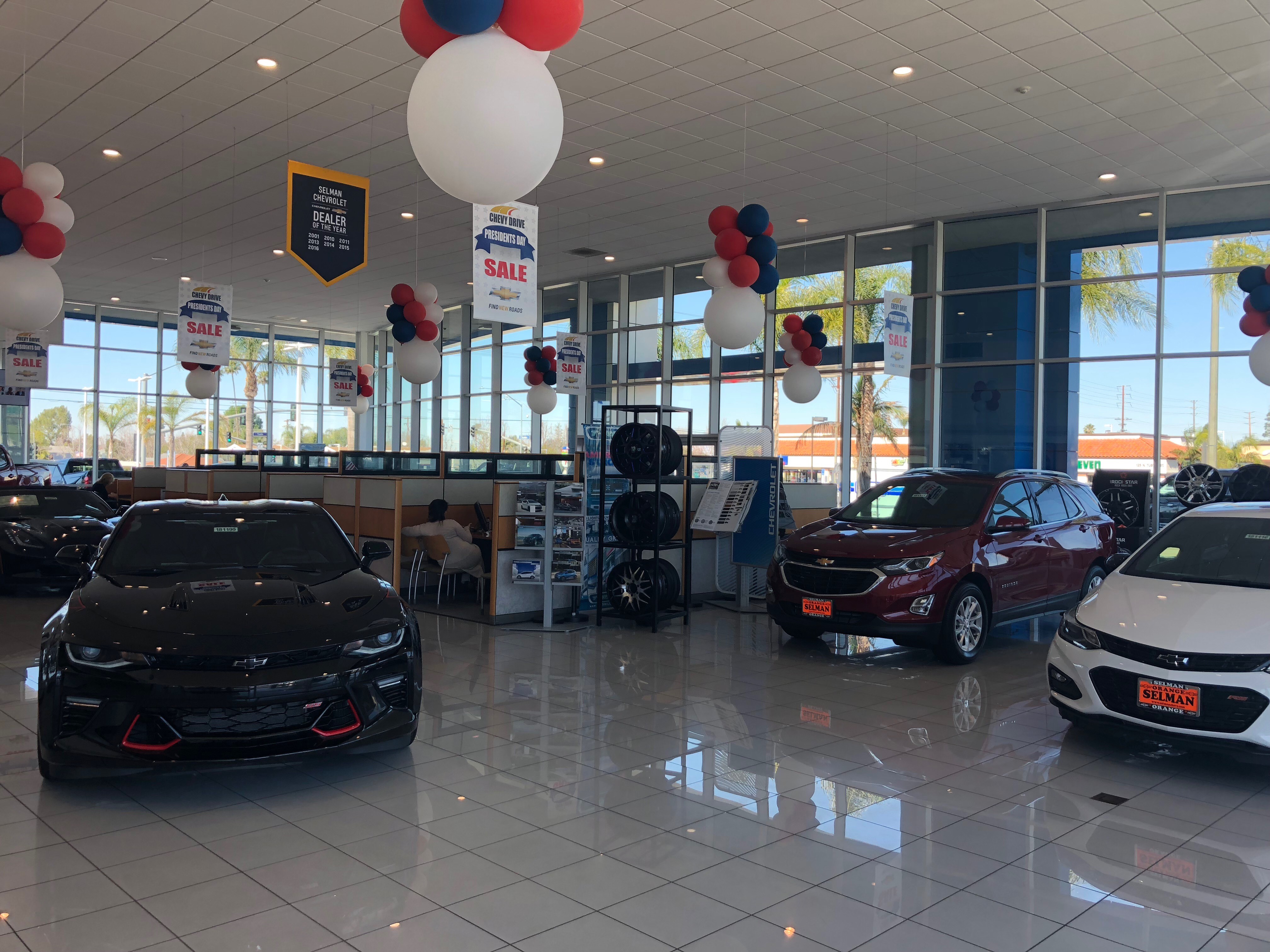 Had an appointment on 4-6-22 @11:30 for an oil change. They knew I was waiting for vehicle. At 2:00 I asked what’s up. They went to check and found nothing had been started. Service spec said his manager was aware of problem however he didn’t care either as nobody spoke with me. I have been very loyal bringing my needs needs here,driving 30 minutes, but never again. I told them bring the car I’m leaving.

Just because of the service center I'd stay away. My...

Just because of the service center I'd stay away. My wife's 2016 camaro ss has been in there several times. This last time was for an electrical issue the tach boun ung and instead of taking care of the issue after paying the deductible and didn't fix it they say they don't have any loner cars available and that was several Months ago. Now my daughters car has a recall and they tell her the same story. Talk about the run around..why even buy an extended warranty if they are going rodrag out the repair so it expires. We have bought a 2018 2500hd , 2016 Camaro SS, 2018 Equinox and a 2015 Sonic..the first 2 vehicles are not inexpensive vehicles and after the whole family coming here for years you would think you could atleast get things fixed under a warranty you paid for.

Summary: dishonest bait and switch! I was referred here for a car by the Costco Auto Sales Program. I was looking for a Certified Pre Owned (CPO) vehicle in a particular trim, or at minimum with certain specific options. I was given the names of two sales associates, one of which was Jason Holley, who I dealt with. I received an email from Jason the next day, who asked what vehicle make, model, options and color I was looking for. After a few emails, he found me one I was interested in. He sent me a link to the vehicle and I made an appointment yesterday evening to see it. That day, I noticed that the link to the vehicle he sent me no longer took me to the specific car, but to the inventory page with similar models in stock. I had taken screenshots of the vehicle I was interested in and noticed that it wasn't listed anymore. I was a little bit concerned, but since I made an appointment to see it, I considered the possibility that they might taken the listing down because they were confident in making the sale. Nevertheless, I've had typical poor experiences with dealerships, so my guard was up. About an hour before my appointment, he emailed me stating that he would be unable to make the appointment for personal reasons, and referred me to his partner Felix. I called Felix to let him know I was coming, in and Felix assured me that the car I wanted was parked right in front, ready for me to see it. When I got there and met Felix, he unlocked the car and I sat inside it. I looked around at the interior and immediately realized that it was NOT the car I was interested in. The mileage was higher and it did not have the options I wanted. I told Felix that it was not the same car and he insisted that it was, so I showed him the screenshots on my phone and reaffirmed that it was not the same car. He looked at an inventory number and went back to his office to look it up. After a moment he came back, apologized and said that they did not have the car I wanted in their inventory. No other explanation was given. He said he didn't know anything more because I was working with Jason, who was conveniently unavailable. Felix asked if I wanted to take that one for a test drive since I was there. I refused and walked out. Typical bait and switch. They didn't have the car I wanted and tried to deceive me and sell me a different car that didn't have the options I wanted. Selman Chevrolet, you didn't just lose one customer last night, you just might have lost all my friends and family as well, and maybe the people on social media forewarned by my review.

Rating breakdown (out of 5):
0 people out of 0 found this review helpful. Did you?
Show full review
1.8

**WARNING** DO NOT BUY OR LEASE FROM HERE

Save your money, time and stress, I would NOT!! recommend buying or leasing a vehicle from Selman Chevrolet to my worst enemy. I purchased a 2019 chevy traverse redline edition brand new, my vehicle was hit in their service department while taking it in for an oil change, they did a Mickey mouse repair on the damages, I'm taking it back in to have over spray removed and electrical issues. So much for spending almost 50,000 on a brand new vehicle, dealer damages it and yet the dealer says they cant do anything else for me. So much for their number one priority, customer satisfaction. The way I was treated felt like I purchased a used vehicle from a side car dealership. I'm not sure what type of Scam Ed Martell general manager in service department is running and Chad manager service, This dealer will sell you a vehicle that has been damaged and repaired previously without telling its customers and will sell for full market value, these words came directly from Larry Beaver sales manager very very shady response. I'm very disappointed and disturbed by these dealer. If only the main owner of selman chevrolet knew what these guys are doing.

Even though cosmetics are usually not covered under a limited warranty, being that the car was bought only a 1 1/2 wks ago Joe Puerto(service manager) ok’d covering it(dashboard leather separated) Joe Perez(service advisor was instrumental advising the service manager on my behalf. Then Bill Brown tied the whole thing together by calling the upholstery shop, giving them my car and set me up with a loaner

Rating breakdown (out of 5):
0 people out of 0 found this review helpful.
Show full review
2.2

I bought a Corvette a week ago. The dashboard leather has separated from the defroster vent. I called my salesman but he never responded. This is a certified 2016 3LT Z51. By the way the salesman told me I had a 12 month bumper to bumper warranty, the only problem is he left out the word limited.As GM corporate told me. Finance manager high pressure. I called about another item no response. I wished he would have responded because now I have GM Corporate involved with a case number.This issue could have been solved easily by communicating. No response is the cause of this review.

Rating breakdown (out of 5):
2 people out of 2 found this review helpful.
Show full review
4.6

I have purchased 2 new vehicles from this dealership. I am fully satisfied (treatment, service, knowledge, price, product). I have had cars repaired and serviced here. I would happily buy from this dealership again. I will return for more service work. Now, what more is there to say? Frank Drelling

They sell new cars that have been in accidents!

I recently purchased a Chevy Traverse and after about a month driving it I noticed the back driver door wasn’t closing right. I went to a family mechanic and he looked at it and noticed that body work had been done behind the door panel. Obviously I was so upset. I went back to the dealer and they basically told me tough luck. They said legally they didn’t have to tell me the car was hit while on the lot before I spent my hard earned money on it. How can a car dealership sell a new car that was in an accident?! I’m so upset! DO NOT BUY FROM THIS DEALER!!!! Currently seeking legal action!

Rating breakdown (out of 5):
4 people out of 4 found this review helpful.
Show full review
5.0

Who knew Selman Chevrolet had a collision dept for my Acura. When my insurance company told me about them and the fact that they could do an estimate on site, I was still concerned that they could not match the color for my "Bisque Red Pear" Acura. But they could and they did. I was given a loaner car at no charge, and they not only repaired the damage to the fender and headlight, the also took care of a couple of "parking lot" dings, at no additional charge to me. My contact at Selman was Bob Bessett, and he kept me up on their progress and got my car back to me earlier than promised. I appreciate AAA's handling of this claim and telling me about Selman. It will be my go to dealer for any future repairs.

Rating breakdown (out of 5):
0 people out of 0 found this review helpful. Did you?
Show full review
3.8

JUST A PICK UP AND GO KIND OF PLACE

Great place to get in and out but if you are expecting to get some walk through of the the car features and buying process or even some gas to get home do not go here.. but if you are looking to literally walk in and buy the car and leave then this is the place for you!

Rating breakdown (out of 5):
0 people out of 0 found this review helpful. Did you?
Show full review
Read all 458 reviews