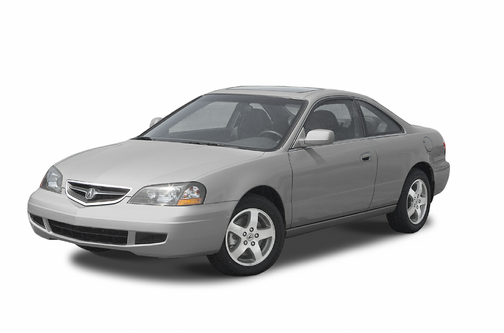 Our 2003 Acura CL trim comparison will help you decide.

Not having a beautiful mind, I don’t usually talk to myself – really, Doc – but after a few miles in this week’s examinand, I whistled and muttered, “Wow, this is the real deal.”

A week later, after playing with the Acura 3.2 CL Type S in three states, I took it up to top off the tank for the repo man. Somehow the car, as if with a will of its own, shot right past the gas station and put another 75 miles on its odometer. That’s a pretty good indication, considering that I was (somewhat reluctantly) wrangling two other vehicles in the same time frame.

I had sampled this coupe last year, and found it worthy. This year, in addition to a couple of appearance mods (bigger exhaust tips, new taillamps, revised front fascia), buyers of the Type S can opt for a six-speed manual transmission for the same price as with the five-speed automatic.

If you’ve plowed through my dissertations for a while, you’ll recall that I’ve pretty much been won over by modern, “adaptive” (i.e. semi-intelligent) transmissions, at least in luxury cars. When well executed they can shift faster and more smoothly than I can, and the best of breed can choose a ratio with something approaching uncanny intuition. Failing that, most have a semi-automatic mechanism which lets the driver take over gear-change chores without the need for a clutch pedal. And five forward ratios should provide a match for even highly tuned, peaky engines. Thus I approached this six-speed manual proposition with equal measures of curiosity and skepticism. My belief system was altered after a couple of runs through the gears.

The Honda 6-speed is a paradigm of precision. Never was there any doubt about where the next gear lay, whether changing up or down, moderately or in a rush. The clutch was a good match for the gearbox, light enough to live with in traffic jams, and requiring just a bit of throttle before engaging quickly. The geartrain itself seemed unusually taut, without the sloppiness that generally lets one visualize the interconnected parts.

In stock form, the cars are truly luxury-level in their appointments. They come with leather seating surfaces, power moonroof, power-adjustable heated seats, a Bose AM-FM-cassette-6-CD sound system, alloy wheels, xenon high-intensity-discharge headlamps, HomeLink and OnStar, front and side air bags, and all the usual power and convenience features.

At the price, the 3.2 CL Type S would be quite a bargain even if it were only an adequate performer. As it is, it’s a steal.

The Type S’s main distinction lies in the engine compartment. The 6-cylinder engines in base and Type S are essentially the same, but dressed differently. That is, they have iden tical 3.2-liter displacement, are made mostly of aluminum alloys, have a single overhead camshaft in each bank of the V and breathe via 24 valves. Both use Honda’s variable timing and lift technology and achieve environmentally-friendly “low emissions vehicle” status.

In stock trim, the engine puts out 225 hp and 216 foot-pounds of torque, respectable specific output and enough to provide quite adequate performance.

The S, however, thanks to some tuner tricks, such as a dual-path intake, freer-breathing exhaust, higher compression ratio and slightly different valve timing, pumps out 260 hp and 232 foot-pounds of torque. Redline, 6,300 on the base engine, is 6,900 on the S.

The thrills start coming as the tachometer needle rushes past 4,000 and the high-speed intake path and valve maps are selected. Acura’s engineers have managed to give the Type S a sound that is more viscerally appealing than some V-8s’, and the power surge feels like going on afterburner. The engine feels as if it wants to keep going past 7,000, but the engine management computer reins in such foolishness by becoming miserly with fuel, gently reminding the driver to keep an eye on the tach.

Speaking of fuel . . . both engine types are designed for premium, but will run acceptably, Honda says, on lesser grades, albeit producing less power. Nobody said this was an economy car. And yet, the EPA figures are surprisingly good for a 3,500-pound machine: 19 mpg city, 28 highway. I logged 24.4, and I spent much time in the upper rev ranges.

The CLs ordered with automatic transmissions get either simple traction control (base) or the whiz-bang “vehicle stability assist” system, which includes traction and yaw control. If you opt for the 6-speed manual, you’re considered hard-core enough to prefer the (new this year) limited-slip differential. I much preferred that arrangement to the electronic oversight. Even with full-throttle blastoffs, torque steer was well managed as the differential gearset parceled out power to the front wheels.

Standard tires are 205/60 Michelins on 16-inch wheels. Type S gets 215/50s on 17-inch wheels. Either way, they’re V-rated for sustained running at up to 149 mph. The grip was impressive on both wet and dry surfaces. With a pronounced forward weight bias, the CL ultimately ran wide in turns when pressed too hard, but did so with plenty of warning, and grace.

Ride quality was sporty – i.e., a trifle rough at times, but was generally pleasant in view of the car’s athleticism, and felt unconquerable when pressed really hard.

The brakes are the same on both series, ventilated discs front, solid rear. I’d have to rate them overqualified on the lower-level car, because they were impressive on the S. The antilock was highly effective and utterly unobtrusive, even when called upon in simulated panic stops at elevated velocities.

When it wasn’t under the gun, the CL was commendably quiet, even at freeway speeds and with the moonroof open.

The Bose stereo was, as usual, above-average in tuner sensitivity and outstanding in clarity and overall tonality.

The tilt wheel would be more lovable with more range of motion, and telescoping would be nice.

I gave the navigation system some tests and it worked as promised, although, with all that it has going on, it can’t help but be visually distracting. In voice mode, an annoying feminine voice gives instructions. I deliberately took some wrong turns after dialing in a destination, and the GPS/DVD system calmly recalculated and suggested alternative routes. Worth $2,150? Perhaps, if you’re a delivery person.

Neither the feds nor insurance testers have had their way with a 2003 CL yet, but Honda has a pretty good handle on such worst-case scenarios.

Fit and finish overall were excellent. Final assembly point for the CL is the Honda complex at Marysville, Ohio. Only the transmission was sourced from Japan.

The tester came with the navigation system, and thus bore a final price of $33,180 with freight. Payments at that price would come to $673, assuming 20 percent down, 10 percent interest and 48 installments. Edmunds.com, which monitors transaction prices nationally, says that on average CLs are going for $700-$800 under sticker – better snap one up before the marketplace wises up.

Will never do business with aaa ever again

January 24, 2021
By Marc from Charlotte
Used to own this car

Rating breakdown (out of 5):
1 person out of 5 found this review helpful. Did you?
Show full review
4.0

Awesome working with Victor, he is a very nice salesman. i must say that best dealership hands down.. just love it & truly impressed highly

It is a grand vehicle and I’m so glad I purchased it from this dealership. You will not be disappointed with any car you buy there

Rating breakdown (out of 5):
0 people out of 1 found this review helpful. Did you?
Show full review
See all 46 consumer reviews

All model years for the Acura CL 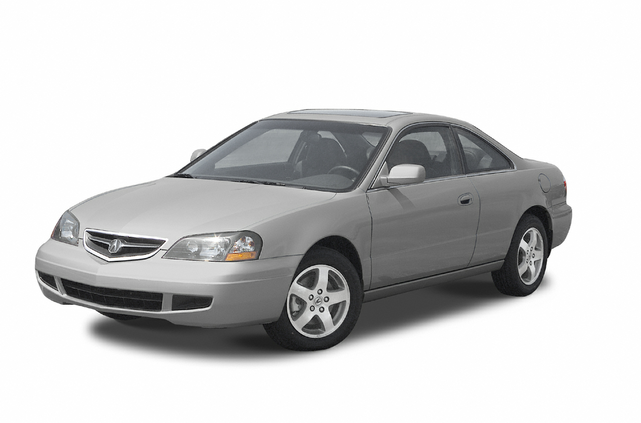 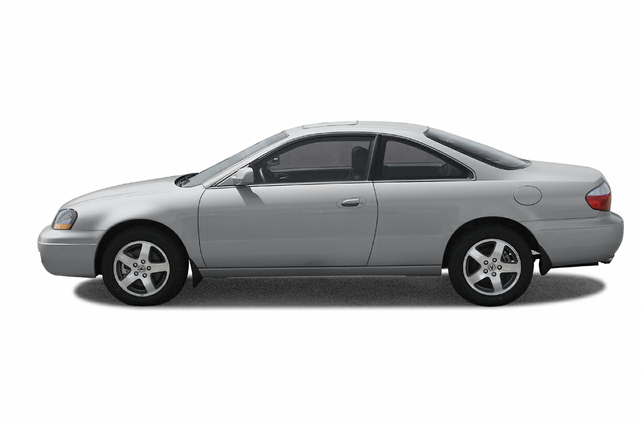 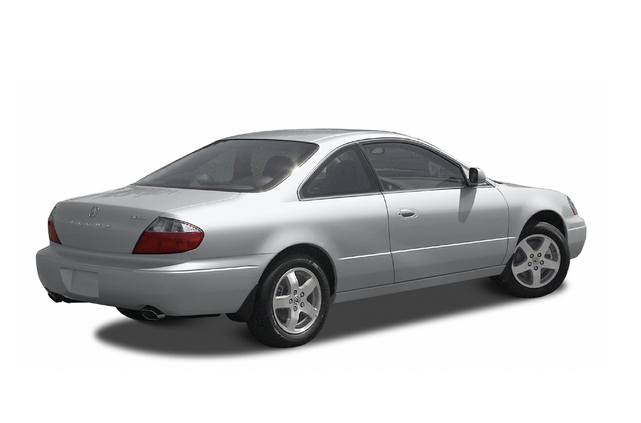 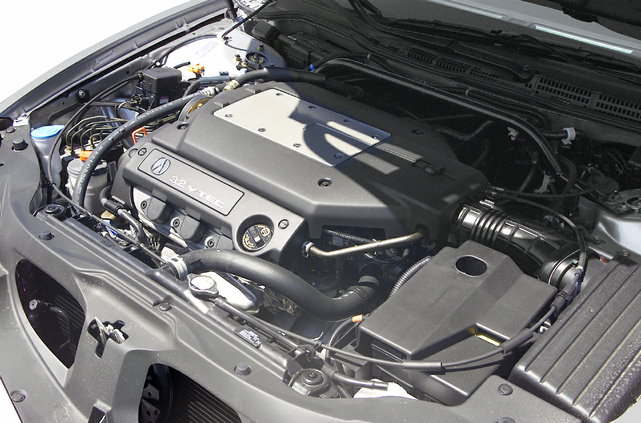 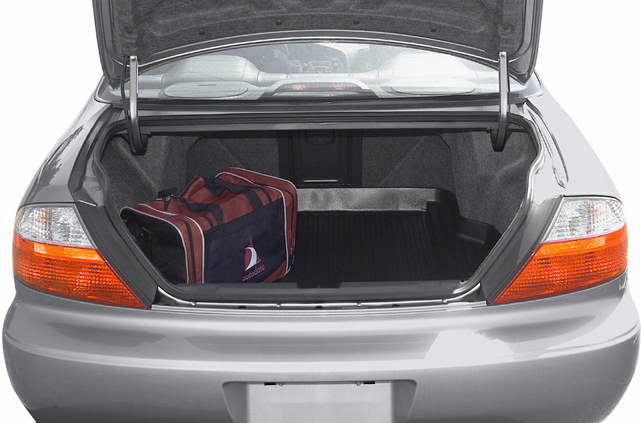 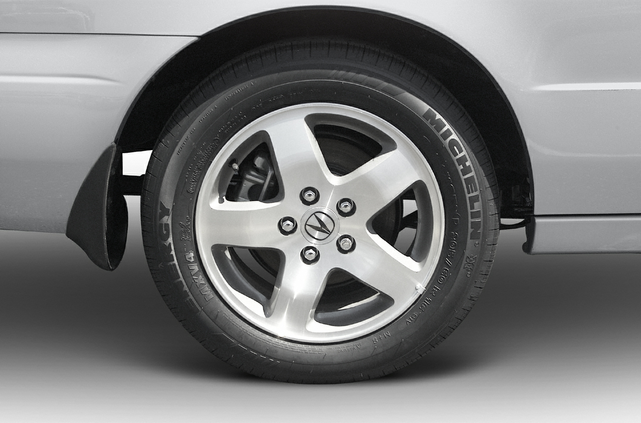 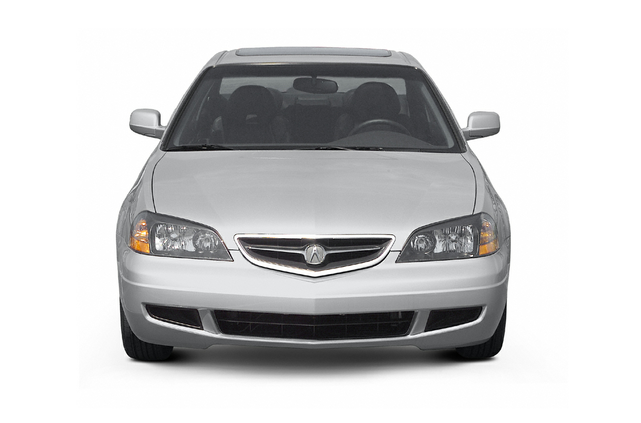 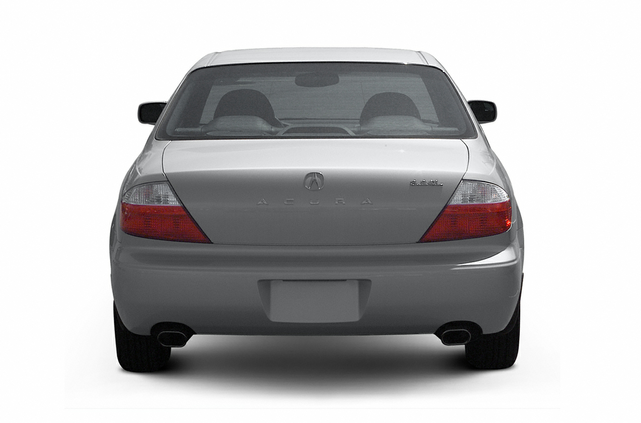 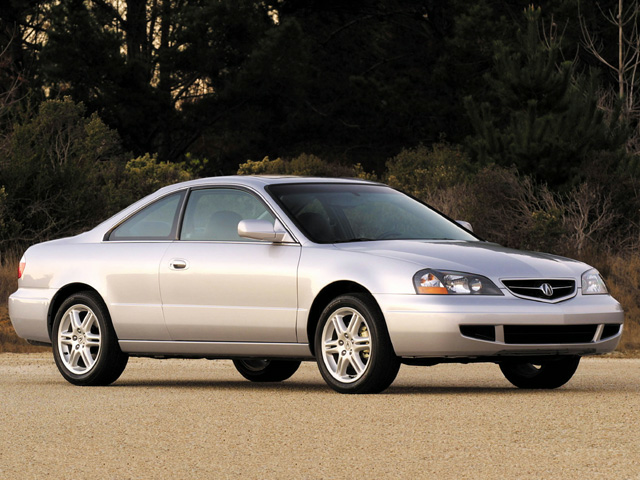 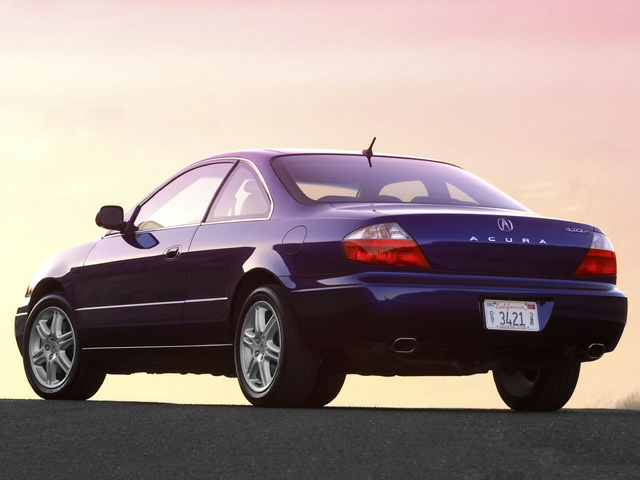 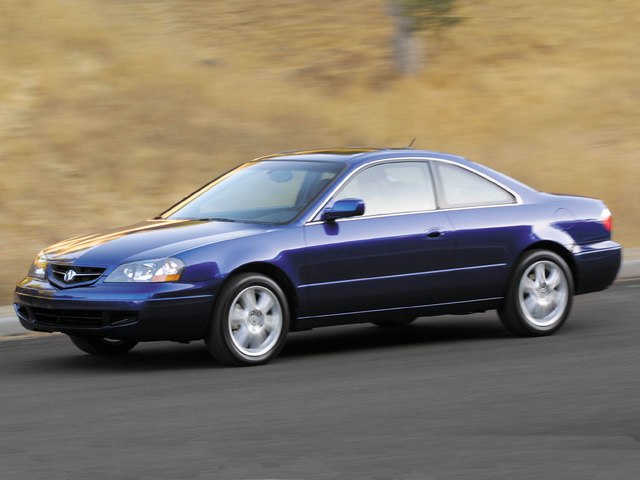 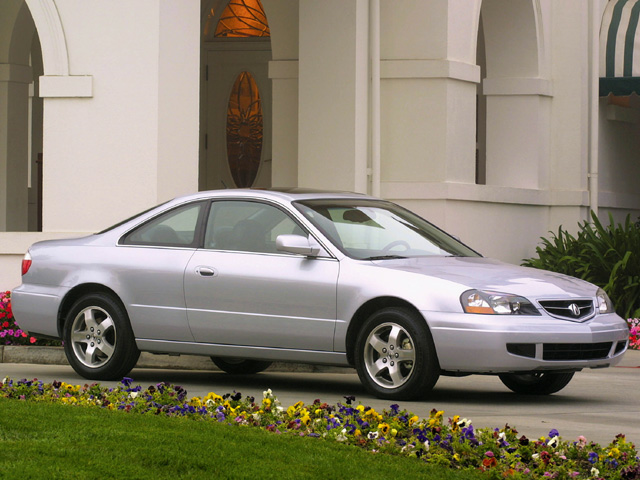 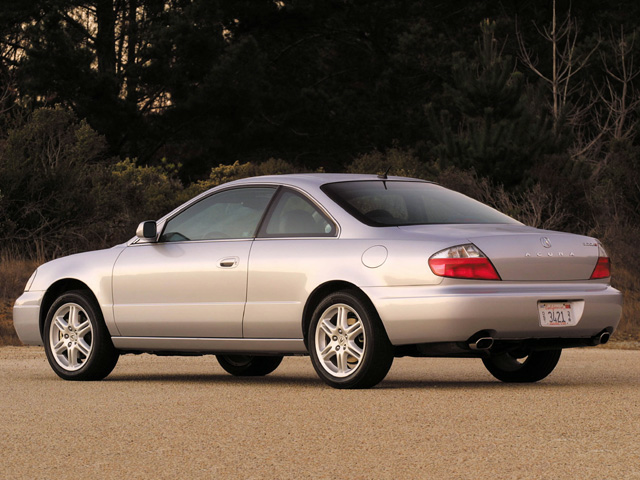 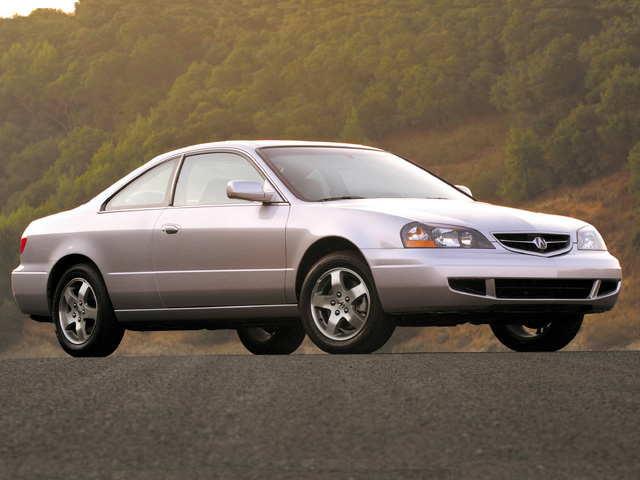 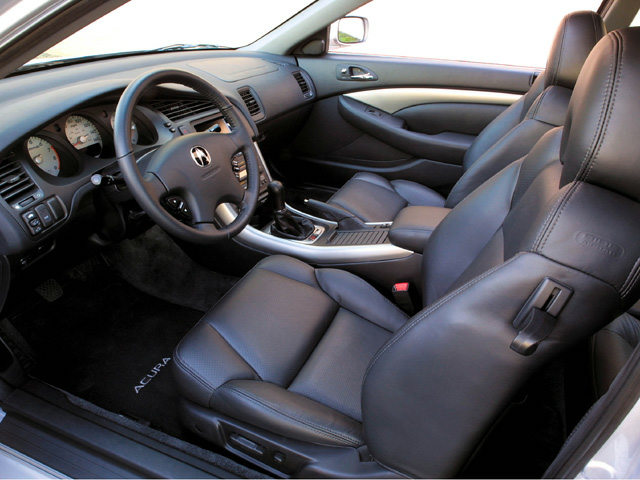 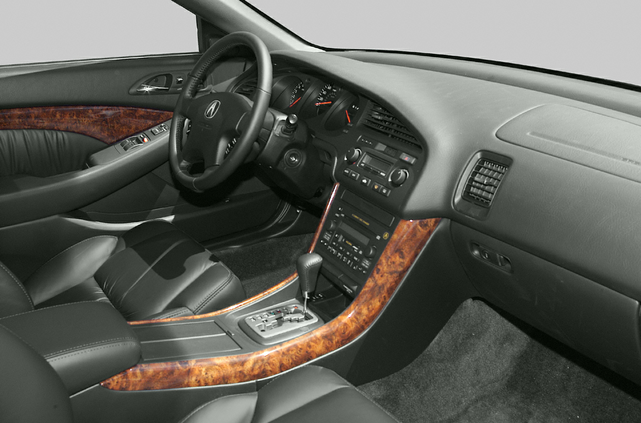 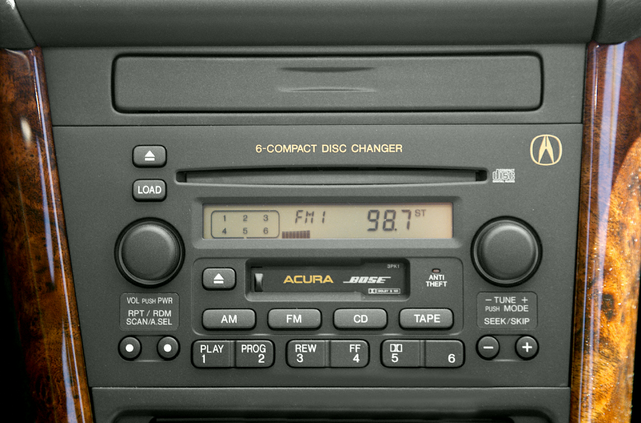 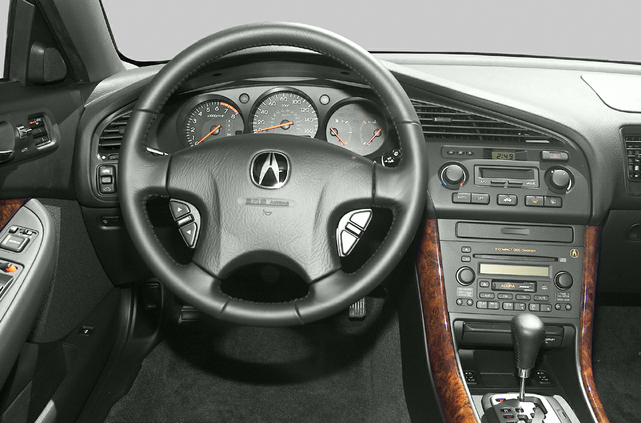 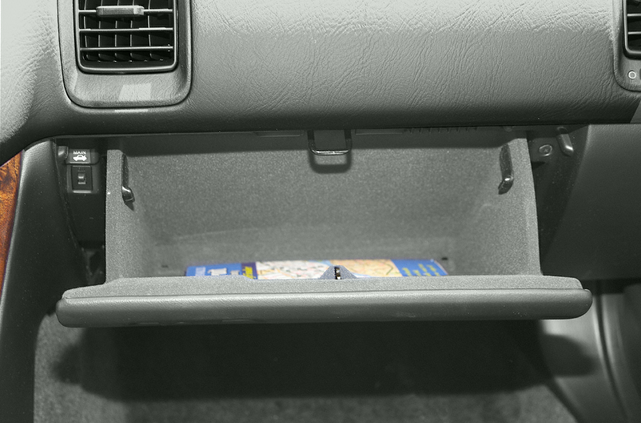 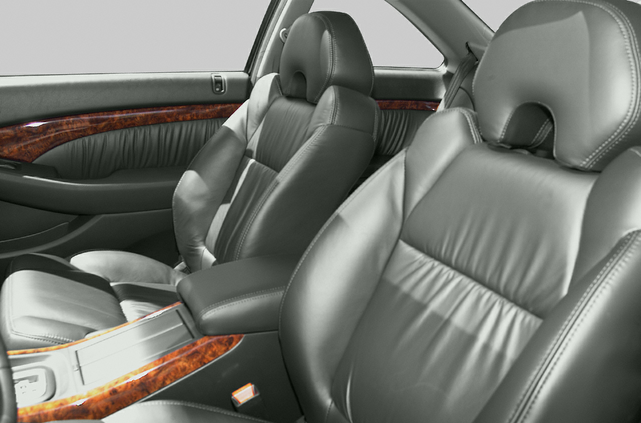 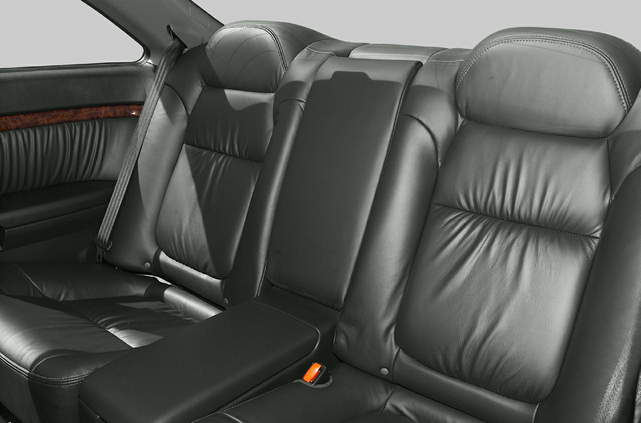 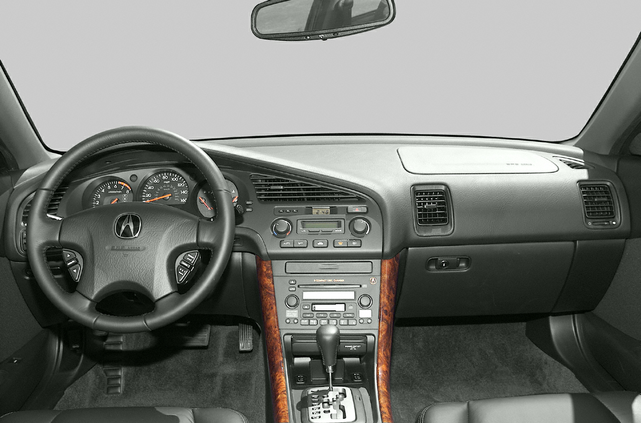 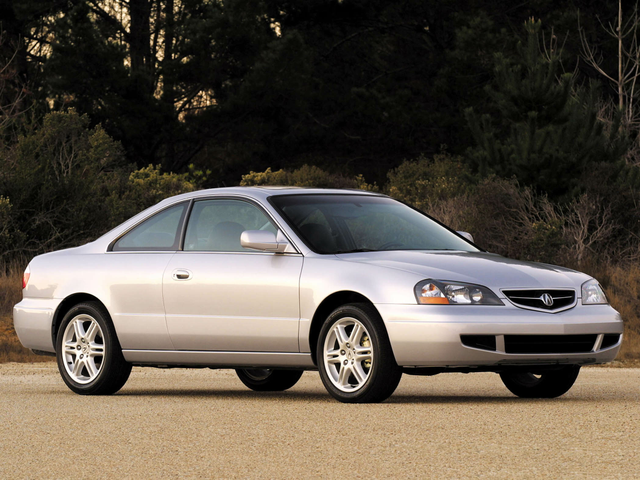