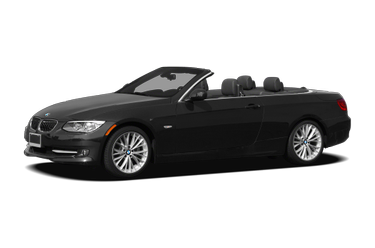 The 2012/2013 model year BMW 328i is, subjectively, the best-looking car in its category. The new twin-scroll turbocharged 4-cylinder engine is powerful and responsive, albeit without the silky smoothness and aural qualities of the 2011 model that it replaces. When decked out with the usual array of comfort features, as well as the less-typical options such as the head-up display, BMW Assist, BMW Apps, parking sensors and rear camera, it is a pleasure to own and to drive. Fuel consumption, which is becoming an ever-increasing consideration, is excelent. I can easily achieve over 28mpg in mixed driving. As an overall package, this car bests the competition - I'm thinking C-Class MB, Audi A4 and Lexus IS here. In my opinion, of course...

October 7, 2012
By beamerguy from Long Island, NY
Owns this car

After being a BMW brand loyalist for many years i have to say the new F30 does not live up to the older generations. First off the interior is very very cheap and the seats do not support your back in any way. Now lets talk about the driving characteristics honestly my wife's V6 maxima has a more rememberable driving experience than my 328i and this is supposed to be an "ultimate driving machine" HA! The steering is loose, the engine sounds terrible no matter what RPM you are at, and not to mention the tires that comes with the car are awful it breaks traction under the smallest corners. Now i only had this car for about 2 months before trading it in for a 2011 328i with the straight 6 a much better engine and car all around. So i will leave you with this, if you are on the market for a BMW and if you really want to "DRIVE" it save your money and buy an older certified BMW you will be 10000 times happier.

I don't regret buying the 4cylinder twin turbo. Its great on gas, has the power, and people take second looks. I highly recommend the headup display. There is no after market parts for this car yet. I have never owned a BMW and would buy this one, maybe next time I'll buy the 335.

37 MPG combined in over 3500 miles. Plenty of power and performance in Sport mode. BMW has hit a home run.

good but not right for me

This was my 4th BMW since 2001. I found the 2004 330ci was my best car, but traded it in for a 2012 328i. The 2012 328i had unsupportive seats, the useless seat belt arm was a nusance, the A/C was good but it stopped to take a breath every now and then. The radio dials were good but to many pushes to get where I needed to go. THe cup holders were mounted on the dash by the passenger. It was easier on the old car to just drop my hand without looking and get my drink. I drove it two months then traded it at another location for an older Mecerdes SL550 which I find comfortable and a better ride than the 2012 BMW.

April 26, 2012
By Sharifay from Oklahoma
Owns this car

This car is super to drive and I've put 75k on it without doing anything except required maintenance and new tires. (The run flat tires are very expensive.) The mpg has also been great, perhaps better than what is usually quoted. The only real problem I've had with the car at all is that several interior surfaces (on the steering wheel and doors) started peeling before I'd even put 50k on the car. I have the "leatherette" interior; I wonder if this peeling would have occurred if I had paid for the leather interior.

Best car in the world?

April 16, 2012
By Sudden Rides Again from Riyadh,KSA
Owns this car

Took delivery of my Melbourne red 328i sport line a couple of weeks ago.Aside from being the first 2012 328i delivered here in the Market, the car is really special. The handling pedigree is known but the ride quality wand the rear seat and cargo room is very good.The interior quality would run Audi close.I find no drop in performance compared to me old ride , a accord coupe v6.What remains to be seen is how well BMW's N20 engine is able to handle the poor quality of the fuel here.There are several issues with other turbo engines of BMW, especially the 335 & 535.HOpefully this one is going to be fine.Steve Cropley of Cars Uk & Richard Hammond of Top GEar called the new 320d as the best car ver made. Maybe the 328i is not far off!

For years now, the BMW 3 series has been the king of the entry level executive car class. Now, the folks over at BMW say it?s become even better. BMW?s class exceeding sport sedan has always had the perfect combination of sharp and direct handling, premium details and finishes, and everyday practicality that?s second to none. Worryingly, the 3 series? have been growing larger every generation for the last couple decades. This generation is no different as it adds 3.7 inches in length and 0.4 inches in height. This growth spurt adds 3.5 cubic feet of passenger space, and provides for a much more practical family car. Despite the weight gain, the design doesn?t seem ungainly or bloated like the last generation of 3 series. With a more 5 series-esque rear and aggressively sculpted front, it?s also become quite a handsome brute. BMW has also redone the interior to emulate the look of their convertible roadster, the Z4. It feels like a nice place to be with the sporty red stitching and the surprisingly indiscernible leatherette upholstery. Life in the back has also improved as the 3 series is now, for the first time, a true five adult seater. BMW has also paid a tremendous amount of attention to safety as it is IIHS rated 5 stars in front, rear, and side impacts. BMW has streamlined one?s search for packages and options by offering three different kinds of packages including the luxury line, the modern line, and the sport line. The luxury and modern lines come with different multi-spoke 18? wheels, and various enhanced interior trim details such as upholstery and wood dial surrounds. The sport line actually changes the car?s dynamics, and being a BMW, makes the most difference on the road. It offers Adaptive M suspension and an increased top speed limiter (not that you should try it out). That leads into the driver appeal of this car and whether, as a true BMW should, it handles and drives better than the rest. I am happy to report, it does. For the first time in several US-market generations, BMW has decided to go with a more euro-spec 2.0 liter 4 cylinder twin-turbo engine. Despite the small engine, it produces 240 hp and 255-Ib-ft of torque. The beamer sprints to sixty at an astounding 5.9 seconds. Driving the car is even better than before. Added noise insulation makes the cabin quieter than before, even while cruising at freeway speeds. Another big plus point is the excellent ride. The suspension does a great job of dealing with the bumps, while still not making the car feel like a boat. The turbocharger is best in class, offering 10 extra horsepower over the last generation, and virtually no discernable turbo lag. And thanks to the razor-sharp electric power steering, the 3 series handles with increased precision and makes every drive much more entertaining. It also has a very small turning circle which makes it ideal for city driving. The 2.0 liter turbocharged engine runs very smoothly and has instant acceleration. The smaller engine also makes the car much more fuel efficient, with an EPA estimated 23 city/33 highway mpg. Top speed is limited to 130 mph (cars with sport line are increased to 150 mph top speed). All is not perfect about the new BMW 3 series, though. Its biggest flaw is the largest-in-class $35,000 price tag. Throw in a navigation system, leather upholstery, and Bi-xenon headlights; the entry level beamer easily tips the scales at over $40,000. That, teamed with the premium fuel means a not-so-cheap way of getting around. Also, the trunk is smaller than many cars in its class, and BMW?s iDrive system is still quite difficult to operate for anyone who doesn?t have a MS in Computer Science. Overall though, these are just minor niggles, and the BMW 3 series is still an excellent car which remains at the very top of the entry level executive car class.