Our 2007 BMW M trim comparison will help you decide.

Today’s test car, the 2007 BMW Z4M, is a high-performance model that feels ready to perform on a wide-open racetrack or a highway crowded with commuters.

The sharp lines that designer Chris Bangle introduced to the Z lineup and other BMW models caught the company in a love/hate relationship with loyal, longtime customers. I like the crisp lines, but many BMW fans don’t.

Still, exterior design doesn’t determine whether a car is more track worthy or daily-drive appropriate. Power, suspension, and – in some ways – interior appointments help to render that verdict.

For a long time, I associated inline, six-cylinder engines with big torque – that’s the tug produced by the long stroke of truck engines. But BMW’s application here is different.

Instead of deep grunts, its inline-6 practically whines to high revs when pushed. And the somewhat modest torque – 262 lb.-ft – is at a broad best from around 2,500 rpms to 5,000 rpms.

The 330 horsepower is another matter. It’s a nice match to a car that weighs over 3,000 lbs. BMW says it’s even enough to go from 0 to 60 miles per hour in under 5 seconds during testing.

But with that kind of power comes the need to make some decisions about how to handle and transmit it. The Z4M’s six-speed manual transmission rises and falls in tight clicks that draw immediate response.

Two things about the way the power is transmitted said “almost ready to race” to me. First, the steering was absolutely informative. I swear, I could sense the treads bending and holding in tight corners, and I felt the front wheels touch the proper angle as I countersteered when the back end started to kick out in oversteer mode – that’s when the back tries to pass the front. And that was with the traction/stability control turned on. Switch it off, and steering with the throttle by inducing oversteer became also effortless given the tactile steering feedback and the grip of solid rubber mounted on 18-inch cast aluminum rims.

Also, the suspension made the Z4M feel more appropriate for the track than ordinary driving. All that was good about its stiffness, wide stance, and upgraded antiroll bars – in cornering and at speed – would be irritating on sedate trips to the store over a rough road, over bridges, or roads with temporary patches of tar or cement.

The interior is clean but basic, and the trunk space is limited. Yet, the car’s firmly bolstered, multiadjustable seats will hold you tight in corners and support your knees for long hauls. And the audio/climate and other basic controls are intuitive and ergonomic, making them easy to use – especially on the way to the racetrack.

All model years for the BMW M 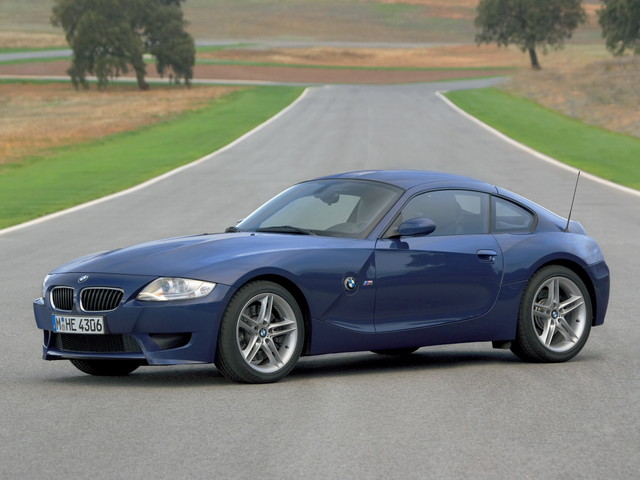