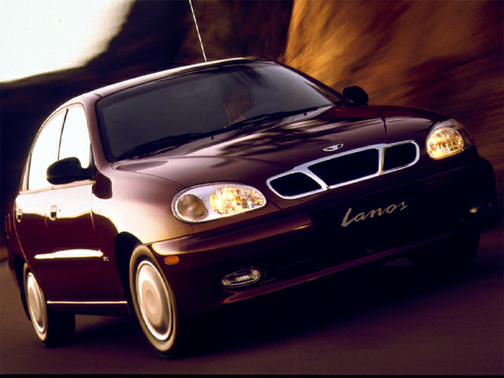 Our 1999 Daewoo Lanos trim comparison will help you decide.

The jury is still out on Daewoo, the new brand of economy cars from South Korea that went on sale last September. We probably won’t know how good – or bad – these cars are for at least another year.

Back in 1986, nobody knew right away that Hyundai’s first cars were going to fall apart after a few thousand miles. A few years ago, nobody knew that Kia cars and sport-utilities were going to be so bloody awful. After all, any car can look good when it’s new. The real test is how well it holds together in the long run.

South Korean automakers don’t have a reputation for producing world-class automobiles – at least initially. But I’ve learned that the South Koreans are a quick study and a resourceful lot. The last few Hyundais I’ve seen have been pretty darn good, and Hyundai just took over the bankrupt Kia Motors, so maybe some improvements will be made there.

Should Daewoo be lumped in with Hyundai and Kia?

The Lanos I tested recently is much better than what I had expected. Some of my fears about history repeating itself were unfounded. Daewoo is worth a look.

The Lanos comes with a 1.6-liter, 105-horsepower, double-overhead-cam, 16-valve four-cylinder engine. Daewoo, which has had a long association with General Motors, bought the rights to produce this engine from Holden, GM’s Australian subsidiary. The technology is a proven commodity, so there’s no need to worry about shoddy engineering.

Our test car ran well 99 percent of the time. Once or twice it idled somewhat roughly for a few minutes, then settled down. Lanos can be ordered with a four-speed automatic transmission. However, our test car came with the standard five-speed stick shift.

I would not own a Lanos with five-speed transmission. This is the car’s weak point.

For starters, the shifter handled like a wet banana. It wiggled, jiggled and wobbled as if it were connected to nothing. I can’t stand a dull, vague, sloppy shifter. Late last summer I briefly tested a Lanos with an automatic transmission. As I recall, it was a much better car.

However, even the five-speed Lanos delivered respectable performance for an economy car. Once under way, the engine ran smoothly and quietly and felt about as good as the average Nissan or Mitsubishi subcompact. As long as the engine was not revved too high, it was fine. But several times when I pressed the accelerator hard, the engine growled angrily. There was no tachometer in our test car, so I couldn’t see what the rev limit is.

Gas mileage, though, was outstanding. Our dark blue test car burned the cheapest grade of unleaded and returned about 33 miles per gallon in the city with the air conditioner on most of the time.

Daewoo engineers did a credible job on the suspension system. The Lanos handles well for an economy car, taking corners easily. Most bumps don’t upset the car or cause loud noises from the suspension system. Power rack-and-pinion steering and power fr ont disc/rear drum brakes are standard. Both systems work well.

What a concept: The Lanos is an economy car that is economical. In fact, the Lanos is a terrific value.

Not only does it come packed with features, but Daewoo pays for all scheduled maintenance for the first two years. All you have to do is put gas in it. Daewoo’s generosity, I suspect, is a partial attempt to get people to put aside any negative baggage regarding South Korean vehicles.

I can’t think of another car for just over $11,000 that gives you as much for the money. Our test car came with power windows and remote-controlled door locks, power right-side mirror, air conditioning, AM/FM cassette radio, rear window washer and wiper, rear defroster and more.

The Lanos isn’t as refined as the average Honda and Toyota, But the difference in price is enough to make bargain hunters overlook the car’s few shortcomings. You may be buying an inexpensive car, but you don’t f eel as if theLan os is cheap.

The seats are nicely padded and kept me comfortable during a couple of longer test drives. In what appears to be an effort to appeal to young buyers, the seats are sporting what has to be the weirdest upholstery ever placed in a car. The pattern looks like some kind of Asian interpretation of Egyptian hieroglyphics. In any case, it works, and the car has a light, breezy feel to it.

There’s nothing flashy about the dash. The analog gauges are the typical – white numbers on a black background. They are very plain but simple and easy to glean information from. The rotary air conditioner controls are in the center of the dash in a nicely styled housing.

Rear passengers will find that the Lanos – like most small hatchbacks – is not easy to get in and out of. It’s a tight squeeze, but the rear interior room is tolerable. Although the Lanos is a subcompact, it doesn’t make you feel claustrophobic.

The rear seats fold forward easily enough, opening enough room in the hatch area for large boxes, golf bags or a dozen bags of groceries. Visibility is good, front and rear and side to side.

Give credit to Daewoo for making the Lanos one of the nicest looking economy cars on the market. From every angle, this car looks sharp. For a car with a small price, it offers a classier appearance than its competitors, such as the Honda Civic and Geo Metro. The chrome grille, highly polished taillights and curving styling do the trick.

The real surprise was how well all the parts fit together. There were no squeaks or rattles. I heard no leaks of wind or road noise inside. And all the things that one uses frequently – the radio, turn signals, lights, air conditioner and power windows – worked well.

But the Lanos did have one assembly flaw that bothered me greatly. I saw blue overspray in the wheelwells, meaning that at the factory some of the paint stuck to the undercarriage of the car. This looked truly awful, as if the car had been wrecked and repaired at a body shop that did sloppy work.

Aside from the overspray and the junky feeling shifter, there isn’t much else wrong with the Daewoo Lanos. Not bad for an inexpensive car in its first year. I’d be inclined to take a chance on it if I were in the market for a new car and didn’t have a lot of money to spend. In the nearly six months Daewoo has been selling cars in the United States, the company has had just one minor recall, and the reviews of its vehicles have been generally favorable.

Lanos comes in two body styles, three-door hatchback and four-door sedan. Air conditioning is a $700 option on the S and SE models but comes standard on the SX. Anti-lock brakes add $500 to the price of the SE and SX and are not available on the S model. A power moonroof is optional on the SX for $500 but isn’t available on the other two models.

Truett’s tip: The Lanos offers a great deal of value for the money, decent performance, hip styling and reasonable quality.

Nice car, too bad they discontinued it. Very reliable and beautiful face. Always got compliments on it. Very roomy.

Excellent value for the money

I purchased new for a steal ($6800) in 2000; they were trying to get the car off the lot before the 2001s came out. I put only 100,000 miles on the Woo. Fifty days ago someone ran a red light and totaled the car. Before that, the car was extremely dependable. The only times I needed work done was when I was at fault; the car never broke down. I had nothing major replaced. This is an excellent value for an entry level car. The only drawback is when you need servicing, parts are incredibly difficult to find. At one point my car needed work (that was my fault), and the work would normally take a day. The mechanic couldn't find parts for the most part of a week. He had to order one part from Mexico and one part from the Phillipines, I believe. He had my car for two months before the parts came in, and vowed that he would never work on a Daewoo again. Also, the airbag light was on for over a year, and a mechanic cannot fix it. I needed a specialist to reset the warning light before the car would pass state inspection. Again, excellent reliability for such an entry-level vehicle. But if something goes wrong, you may be out of luck in finding parts or a mechanic willing to do the work. I was so happy with my original Daewoo Lanos investment that I just about bought a Chevrolet Aveo (the new Daewoo) as a replacement, only opting at the last minute to go up one model to the 2009 Chevrolet Cobalt. 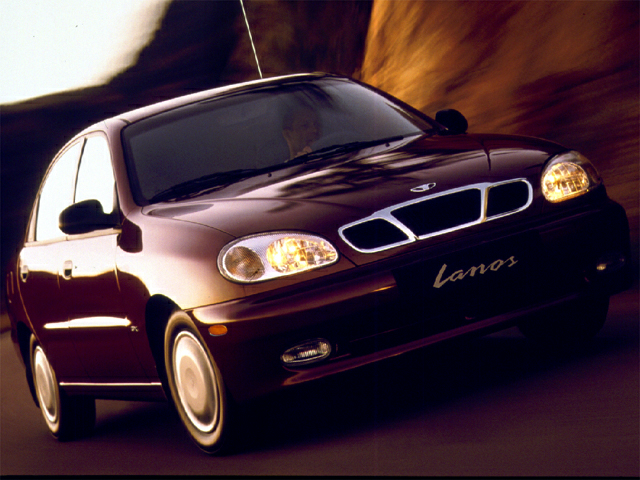