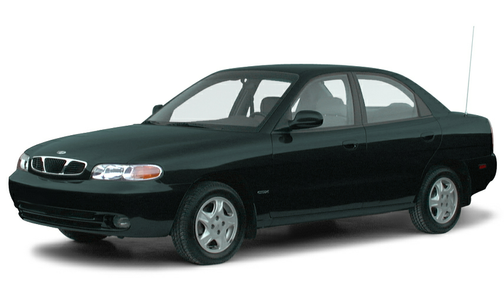 Our 2000 Daewoo Nubira trim comparison will help you decide.

Most people in these parts laughed when I told them what I was driving last week. “A Daewoo? What’s a Daewoo?” Ford Motor Co. isn’t laughing. The Colossus of Dearborn is the front-runner in what has been a contentious bidding war to acquire the beleaguered South Korean automaker, putting a staggering $6.9 billion on the table.

Daewoo, technically bankrupt, nonetheless has a thriving business in Eastern Europe and the Far East, producing a range of cars and trucks that Ford thinks likely to provide it a quick-fix leg up in emerging markets. Daewoo certainly doesn’t lack ambition. Though facing balance-sheet difficulties, it has even taken on the U.S. market, going from 15 company-owned stores in 1998 to a planned 500 by year’s end.

Daewoo brings three models to the U.S., the mid-size Leganza, compact Nubira and subcompact Lanos, soon to be joined by a two-door sport-utility vehicle called Korando – the name probably a corruption of the Italian corrando, running. (Daewoo doesn’t seem to have quite gotten a handle on the naming thing just yet, although Leganza works for me, except for the stigma attached to Italian cars. But it WAS designed by the revered stylist Giorgetto Giugiaro.)

I tested a Leganza two years ago, before its official introduction in the States, and found it quite appealing on a cost-weighted basis. Now that Daewoo has established a real presence, I decided it was time to sample the other offerings, starting with the Nubira, a word which allegedly means “go anywhere” in Korean. Perhaps they should have saved that for the SUV . . .

The reason so many people asked me about the provenance of the car was that they found it quite attractive, as did I. The front end’s resemblance to an Infiniti’s is just one of those remarkable coincidences that sometimes happen in the auto world, while the side and rear views are fairly bland and generic, though inoffensive. Nonetheless, the paint job and overall fit and finish are of such a quality as to suggest a much more expensive car. I tested the sedan; there is also a four-door wagon which looks pretty spiffy.

As when the Japanese industry started establishing a beachhead in the U.S., the primary Daewoo pitch is price. You can get in the subcompact for well under $10,000, and the larger Nubira starts at a mere $10,990 for the value-leader SE series. They of course dealt me the extravagant CDX series, which starts at $13,560 in sedan form, $14,160 as a wagon. Given today’s prices generally, you might think that buys a go-kart with a top, but when you check the standard equipment list, you may rather conclude they’re “dumping” it at less than the cost of production.

The powerplant is a respectable two-liter four manufactured by General Motors’ Australian Holden unit (GM used to buy its tiny Pontiac LeMans from Daewoo, so they have a relationship. GM was a bidder for the company until trumped by Ford). The 16-valve, double-overhead cam unit makes 129 horses at 5,400 rpm and 136 foot-pounds of torque at 4,400. Those fairly lofty numbers rightly suggest that it does best when given a taste of the whip.

The Nubira isn’t exactly fashioned from titanium, and with a 2,888-pound curb weight in CDX trim, it had a hard time cracking the 10-second 0-60 barrier even with my most energetic flogging. It was rather unresponsive cruising, unless the tachometer was kept on the hot side of 4,000 rpm.

The five-speed manual transmission is the way to go with an engine like this; the four-speed automatic (an $800 premium) would likely be frustrating. The manual worked fairly well, and has an overdrive top gear to help mileage and lessen the clamor.

And yes, there is considerable cacophony from the engine, reminiscent of early Neons and Saturns. It’s an unpleasant array of noises and a bit high even in steady-state cruising, while boomy under heavy throttle. It has the good grace to accept 87-octane fuel, and use it sparingly. EPA estimates are 22 mpg city, 31 highway, and I logged 26.1 driving perhaps a bit harder than an owner typically would.

It would be a stretch to call the Nubira fun to drive, but it was predictable and obedient. The ride was just fair, feeling as if the suspension was a bit wimpy, and harshness isolation was sub-par, although there’s little to compare it with at this price point.

The handling was fair-to-middling, seemingly limited mainly by the tires, 185 – 65s on 14-inch rims. A car like this would be much better served by having larger steel rims – 15-inchers would do – clad in wider tires, instead of the ritzy-sounding alloy wheels. The Internet message boards are replete with owner gripes about the third-rate tires, from both a wear and handling standpoint. In evenly fairly brisk cornering the tires seem to lose adhesion much too early on dry roads. With its traction bars, the Nubira doesn’t lean much, and felt as if it could handle a higher order of G-pulling.

The interior doesn’t scream el cheapo, although fit and finish and tactile qualities are below the norm. Instruments and controls were well laid out and appropriately positioned. The front was bearably roomy, the rear rather snug. The stereo was far better than one might have expected, with average sensitivity and excellent clarity. Braking distances were acceptably short, with little sign of fade, although pedal feel was rather numb. Neither reliability nor crash-test data are yet available for the Nubira, and the entire Daewoo line must still be considered as unproven.

To mitigate that reality, however, the company offers some extraordinary reassurance in the form of a roadside assistance plan and full routine maintenance coverage (even including such items as brakes and wiper blades) for the first 3 years or 36,000 miles.

Such support won the company a fourth-place finish in the distinguished consultant firm J.D. Power’s latest survey of customers’ satisfaction with dealer service. Only Lexus, Saturn and BMW did better – such august names as Cadillac, Infiniti, Acura and Mercedes-Benz fared worse.

The only option on the tester was carpeted floor mats, $65. Other possibilities are the set-and-forget transmission, leather seating ($400), and power moonroof ($500). The sacrificial car, with freight, listed at $13,955. Daewoo takes a page from Saturn’s book and espouses a “no-haggle” p olicy, though it never hurts to ask for a discount.

Looking for help with windows and back wiper.

just bought for 750 and cant figure out how to turn on back window wiper, also have electric windows that often trigger the locks instead of going up or down, we have to open the driver door to trigger the windows to work.

A nice car with some problems.

February 10, 2018
By Tuffy's Mom from Millstone Township, NJ
Used to own this car

The car was a wagon. It gave me plenty of space. The GM Holden 4 cylinder engine had a problem with the timing belt. The belt broke and wiped out all of the valves. The dealer repaired the engine at no charge, but I never expected a problem like that with a car that was still new. The drivers door had a confusing security feature. The door would not open from the inside with the window open. It was pointless security. Once I was having new tires fitted at Goodyear. I told te service writer about the window door security and either he did not tell the technician, or the tech did not understand. In an event, the guy broke the inside door handle trying to get out of the car. It was a feature that Dewoo should have deleted!

I love my daewoo

August 14, 2009
By Daewoo lover from Bloomington
Owns this car

I love my daewoo, never had any problems with it! I have leather seats and a sunroof and I just love the features! 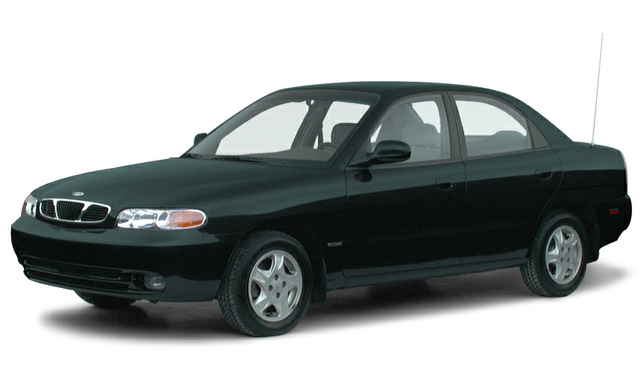 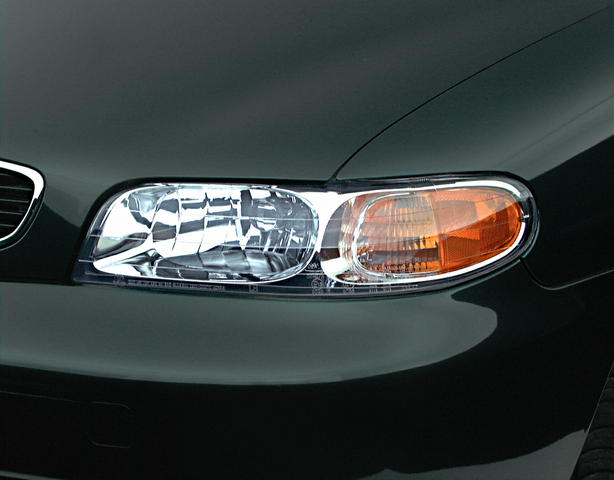 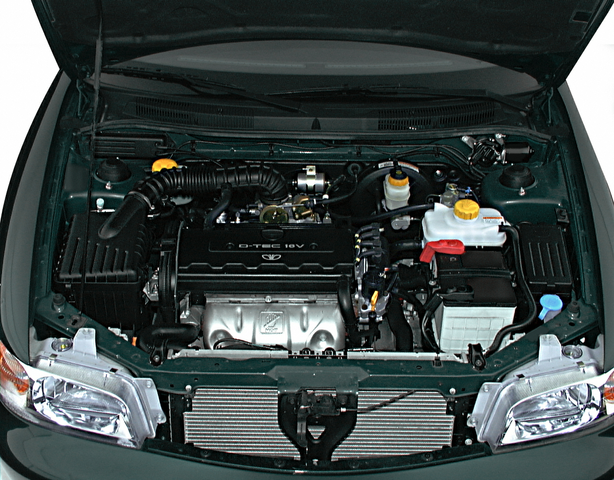 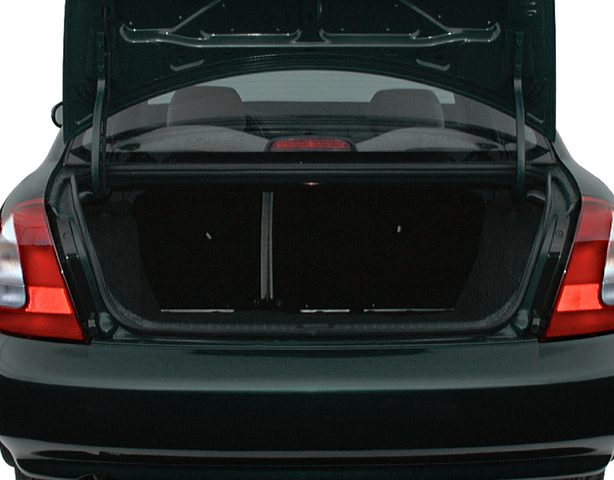 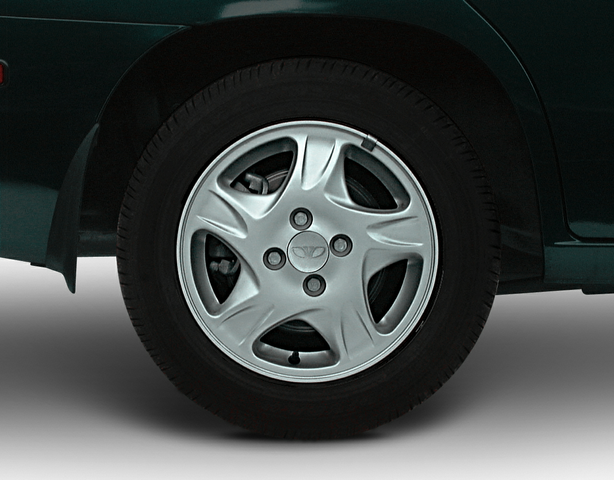 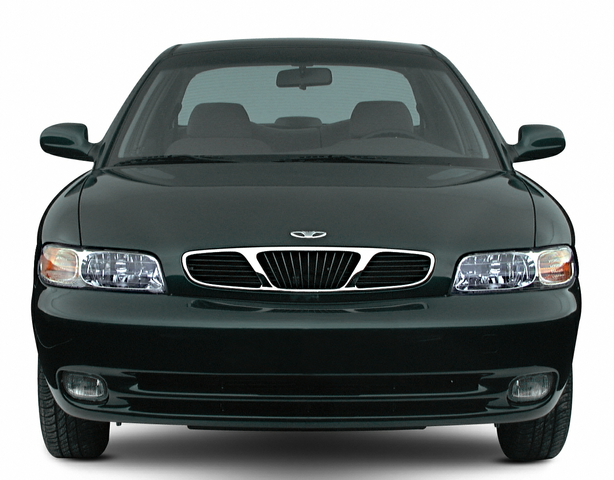 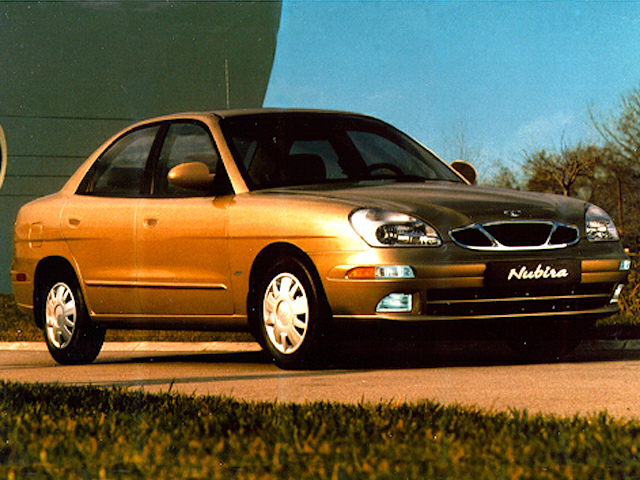 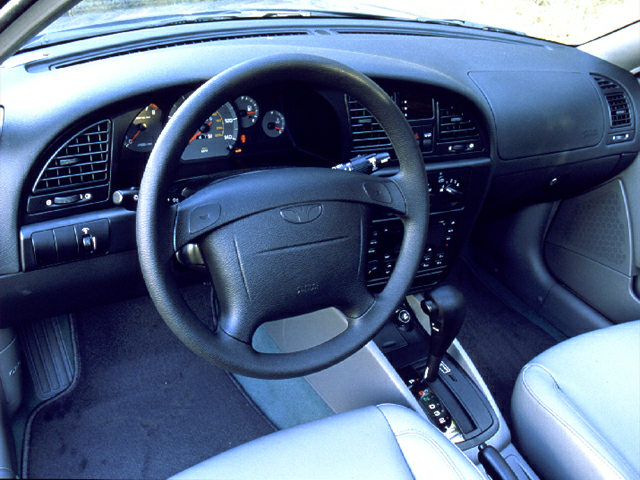 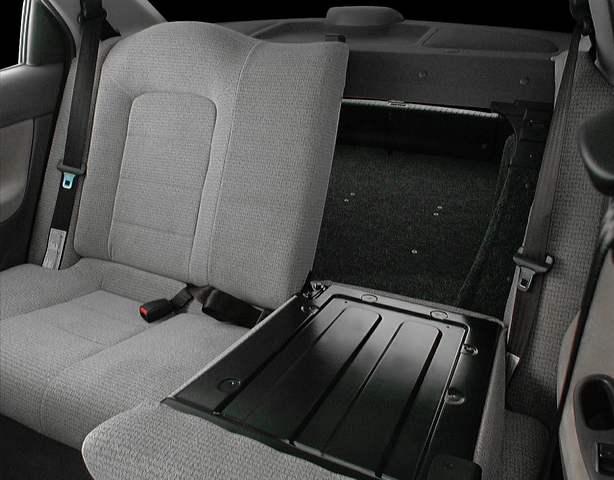 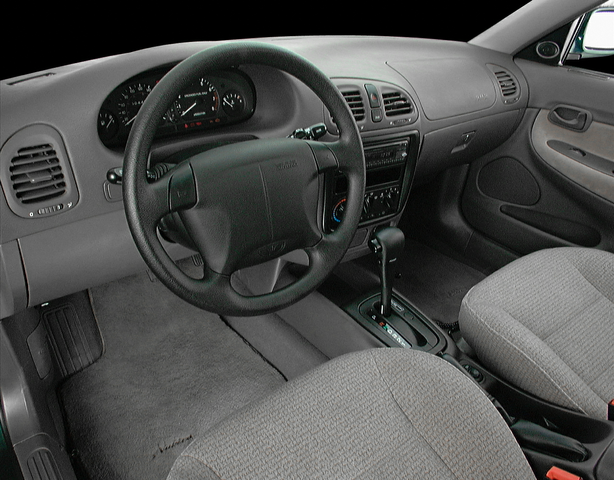 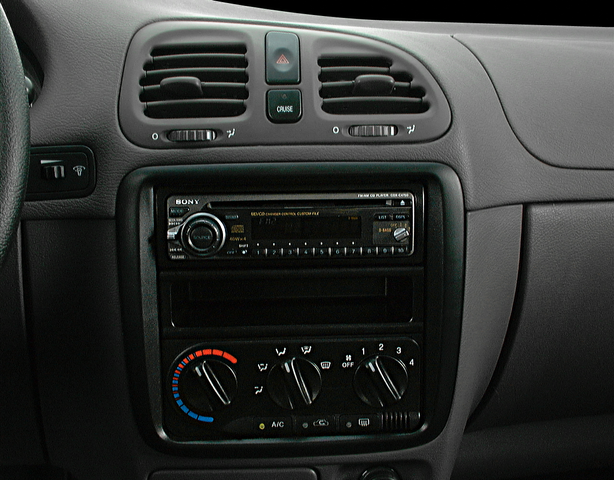 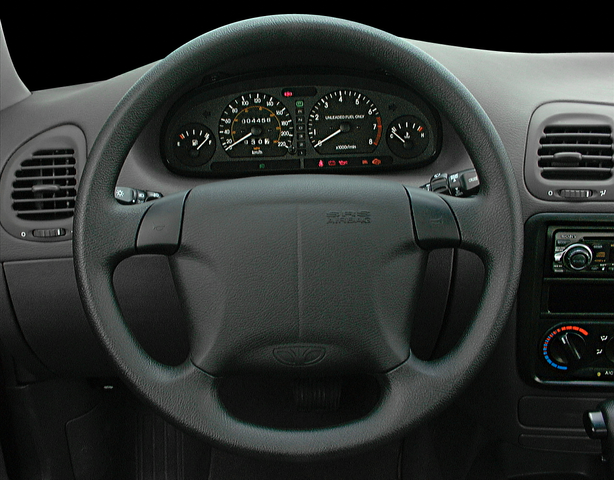 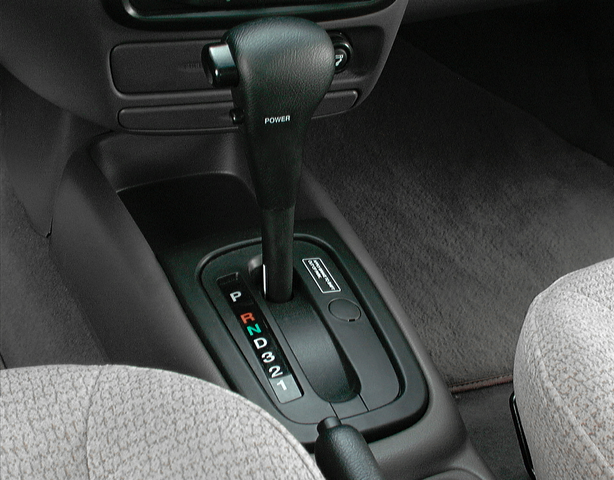 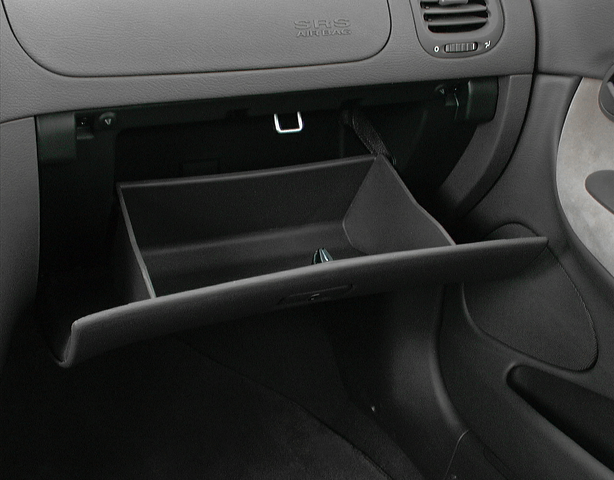 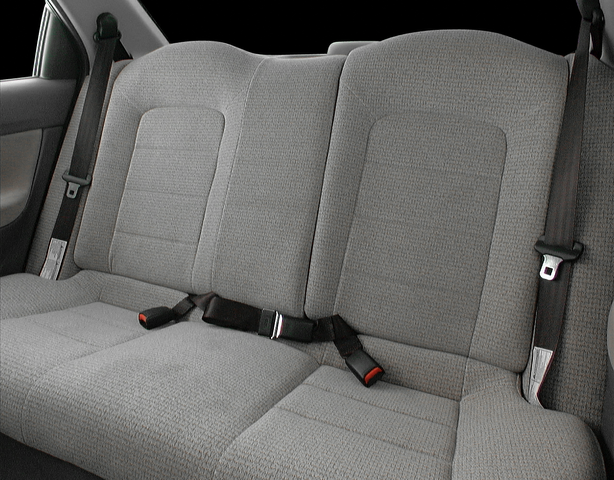