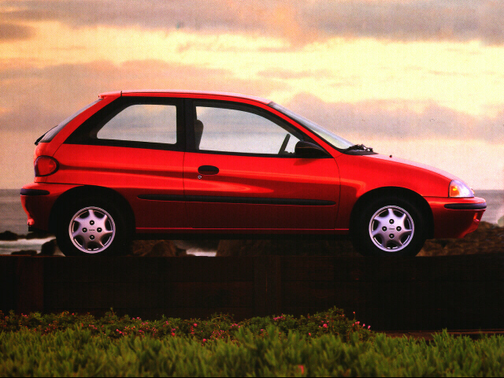 Our 1997 Geo Metro trim comparison will help you decide.

Here’s a recipe for discomfort:

The two-door Metro is tiny. Designated as a subcompact, it’s an economy critter designed to carry several small people with the least amount of expense. It’s a member of a niche market where awesome gas mileage and parking ease reign supreme.

Despite the common-sense appeal, this is not a high-volume segment of the U.S. automotive world, less than 3 percent. In such places as London, Paris, Tokyo or Singapore, a Metro fits right in sizewise. And maybe in congested U.S. cities such as New York, Philadelphia or Chicago.

But here in the Valley of the Sun, where jacked-up pickup trucks and Cadillac Eldorados vie for space with 18-wheelers, where people think nothing of a 200-mile run up the freeway to see a big hole in the ground, the diminutive and mild-mannered Metro seems awfully outgunned.

How little is the Metro coupe?

So little that my 9-year-old asked if he could take it for a spin.

So little that other cars kept kicking sand in its face.

Still, there are definite things to like about the Metro, which is made in Japan by Suzuki. Its updated styling, for one, which sheds its former boxiness in favor of a much more athletic and sporty look, especially the LSi version with its custom wheels.

Obviously, the Metro is aimed at a young crowd, where its cool, new image should find a receptive audience. It’s not all looks, though. With the LSi engine upgrade and five-speed stick shift on our test Metro, it’s a fairly sporty performer.

I wouldn’t call it fast, exactly. Spunky, maybe. Whatever, it won decent scores on the fun-to-drive scale.

The 1.3-liter, four-cylinder engine, standard on the LSi coupe we drove, puts out just 70 horsepower, but that’s enough zip for this lightweight car to take it beyond the slug category. Maybe not with the 1-liter, three-cylinder, 55-horse engine, though, which is standard on the base coupe.

The Metro also is fun to maneuver through traffic or navigate on a winding road, its small size and jouncy suspension heightening the sensations of speed and agility.

Young drivers, notoriously shy of gas money, should appreciate how inexpensive the Metro is to operate, with the LSi’s consumption in the 40-miles-per-gallon range.

Naturally, the three-banger does even better.

As expected, the interior of the Metro is economy-car basic, though with a bit of flair to the dashboard design. It’s not quite as cramped as you might imagine, with room for kids or small people in the back seat and enough headroom front and rear for most.

But cramming this oversize driver behind the wheel would make good material for stand-up comedians.

What’s missing in this hatchback is cargo space, unless you have only one other person on board and can fold down the rear seat, which provides a reasonably good expanse.

The Metro also is available as a slightly bigger and mo re practical four-door sedan, although the coupe has more charm and sporty appeal.

On the road, the Metro is surprisingly stable and, even more surprising, quiet. Some extra attention has been made to insulating the Metro’s wheel wells, doors and floors, so that road noise, as well as wind and engine noise, are subdued.

Inexpensive, fuel-efficient little cars such as the Metro have declined in the face of apparently abundant fuel, and the comfort and versatility of bigger cars and sport-utility vehicles. This stuff is cyclical, of course, and another energy crunch or massive gasoline price increase could change all that.

October 9, 2020
By Maxpwr55 from Chino Hills California
Used to own this car

Build quality sucks. Anyone giving this car a good review must be poor and without having hope of moving up in life. Terrible vehicles as bad as if not worse than a YUGO.

Rating breakdown (out of 5):
0 people out of 21 found this review helpful. Did you?
Show full review
4.4

Best gas mileage and most reliable car ever

I bought this car in 1994 ,5spd,a/c, deluxe radio .met green,for I think it was $9,482 out the door and it was the most dependable car I have ever owned and it was a joy to own from 94-2017 I drove everywhere with this car ,snow,rain,mud,long distance and just about anywhere you can drive. Never a problem in the 200k miles ,I only replaced a clutch cable ,a set of Front brake pads,a Battery,and in those miles only 2 sets of tires and everything worked as it did new ,auto locks etc and a/c would blow you out and so would the heat too .Great snow car never needed chains and went more places thank my truck could .I was sad to see it go ,at 200 k the water pump went and it went to the repair shop for water pump and timing belt and it was accidentally totaled and now I am looking for another

This car is perfect for a high school car. It can carry books, supplies and even computers, nice ride, FUEL ECONOMY IS AWESOME! Dont have to spend tons of bucks on gas, and it is cheap, good for a student

All model years for the Geo Metro 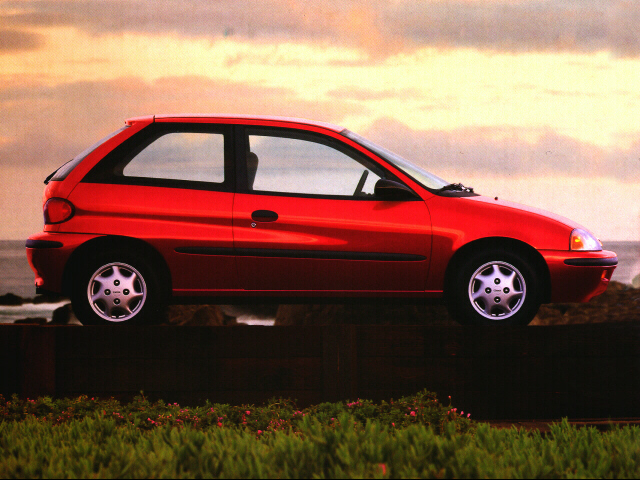 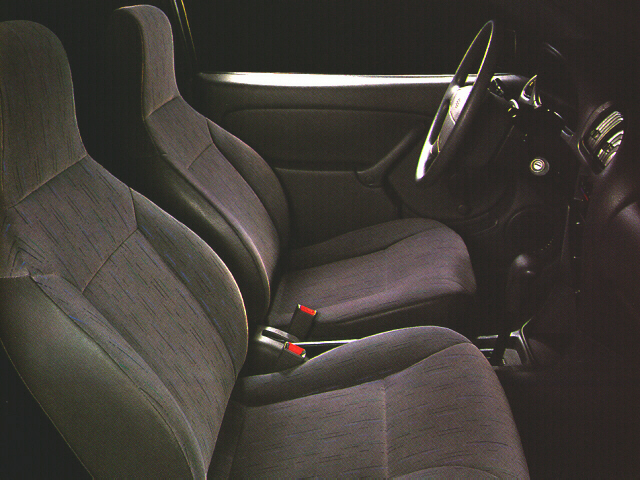