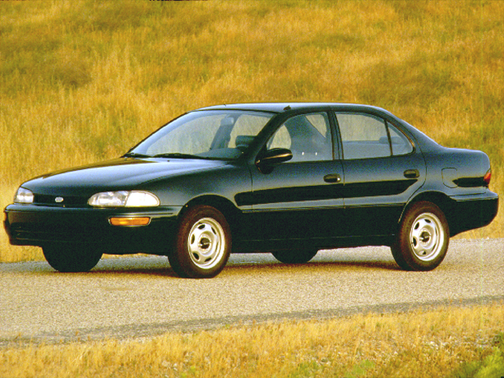 Our 1993 Geo Prizm trim comparison will help you decide.

Chevrolet wants to sell 72,000 of its redesigned Geo Prizm sedans in the 1993 model year.

That may be a daunting task.

It’s not that the new version of the Prizm, a snappy, stylish four-door, isn’t a fine car, mind you.

After piling on more than 500 miles in seven days, I’m convinced it is, indeed, a very fine small car.

The new Prizm offers the buyer a good return on his or her investment.

So what’s the problem?

I think it’s one of identity and image.

Who really knows what a Prizm is?

We can picture a Saturn sedan, a Toyota Corolla, a Honda Civic and many other small cars, but no clear image of the Prizm comes to mind – despite the fact that it has been around for four years.

In that time, the Prizm has been logging most of its miles in rental car fleets. Chevy hasn’t done much to rev up the Prizm’s retail sales.

If Chevy, which runs the Geo division out of its dealerships, can break through the clutter of automotive advertising and come up with a novel way to get people to look at this car, it’ll have a fighting chance to make the new Prizm a winner.

The Prizm is every bit as good – and maybe better – than most of what you’ll find in Honda, Toyota, Nissan or Saturn showrooms.

One twist of the key and you’ll know immediately the Prizm LSi is no average small car. There’s a smooth-running 1.8-liter 115-horsepower Toyota engine under the hood.

The Prizm uses a Toyota drivetrain because it is built in California in a plant owned by General Motors and Toyota. In fact, under the skin, the new Prizm is identical to the Toyota Corolla.

The test car, a five-speed-equipped LSi model, offered pleasing performance. It dashed onto busy interstates and easily passed slower traffic. The clutch is light to the touch and the five-speed gearbox shifted smoothly.

Fuel economy was exemplary. On a trip to Tampa, the test car delivered an even 36 mpg while cruising at a steady 65mph with the air conditioning on. In city driving, that figure dropped to 32 mpg – which is still excellent.

The old car handled something like a water bed on wheels- soggy. The new car falls into a different category.

The Prizm LSi is a competent and sporty sedan.

If you really follow small cars, then you know the Saturn SL2 and the Mercury Tracer LTS are the ones to beat when it comes to standard-setting handling.

The new Prizm would be right up there were it not for a set of tires that was continually overwhelmed by the powerful engine. The front tires lost traction easily upon acceleration, especially while making gentle turns. A fatter set of tires probably would eliminate this problem.

Anti-lock brakes were a $505 option on the test car. The front disc and rear drum brakes were good enough to stop the 2,359-pound car quickly and without fuss.

Steering is tight, and precise and the turning radius of 31.5 feet give the Prizm great maneuverability.

The Prizm’s interior is terrific.

The controls for the air conditioner and radio are less than an arm’s length away in the center of smartly-made control panel.

Electric windows with lighted switches and electric mirrors, and automatic door locks take the Prizm out of the econobox category.

Standard safety features include a driver side air bag – something you can’t buy on such notable competitors as the Ford Escort and Dodge/Plymouth Colt – and an adjustable shoulder belt harness.

The rear seats in the test car split and fold forward to increase cargo room.

And speaking of room, two adults under 6 feet should have no problem getting comfortable in the rear seats.

The front seats are stiff and notve y cushy, but they do their job. On a two-hour journey, I found them to be supportive in the lower back an d thigh areas.

Because Chevrolet is trying hard to move the Prizm onto car buyers’ shopping lists, you’ll find a very agreeable price.

The base model Prizm starts at $9,995, while the base LSi offers a bigger engine, more equipment and a base price about $700 higher. If you bought every option including sunroof and CD player, you won’t spend more than $15,500 on a loaded LSi.

Truett’s tip: The new Geo Prizm is a classy small car that has the potential to be a grand slam for Chevrolet.

I purchased the vehicle second hand this year for 300 dollars and I used the stimulus check to replace the CV joints and water pump and timing belts. The car still runs great and the a/c and heat are working great too. It doesn't use any oil or smoke and runs like a dream. Normally I wouldn't put money into an old car like this but so far it's never left me stranded. I love the gas mileage this car gets. I average about 23mpg in town with the air conditioning on. I haven't been on the highway yet but I suspect it will get about 35 or better. It has no power options so nothing to really wear out. For a small car it's pretty good. The best part is it's paid for and at 171000 miles it runs like a dream.

Outrageously reliable car. Never had any major repairs or issues with it in the 18 years we had it in our family. We drove it to 275,000 + miles, and only had to get rid of it because of rust. The thing just never quit! I've often considered buying another one.

14 years and the car is still running like new!!

I have the 5 speed manual. It is good for a smaller family with 2 kids. It is a little small but that is the only downside. It is very reliable and it gets great gas mileage.(More then what the review says it gets!) Like I said in the title, my family and I have owned one for 14 years and it is still running like new. I personally love it and would recommend it for anyone. 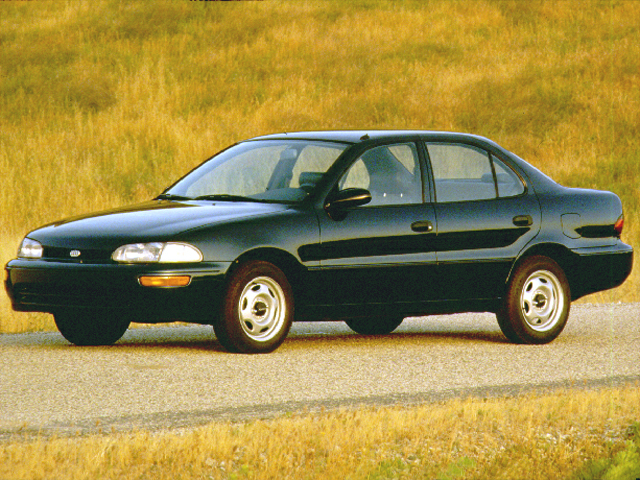