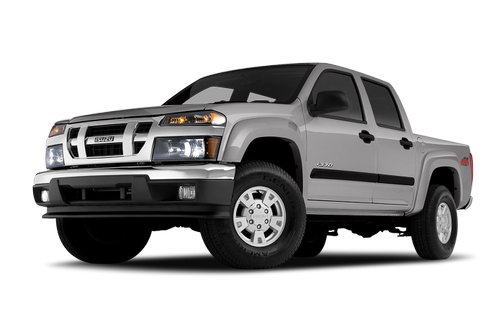 Vehicle Overview
Not long ago, Isuzu and General Motors embarked upon a joint development venture to produce compact pickup trucks. Isuzu intended to build a truck called the D-Max to sell in Thailand. GM, meanwhile, manufactured its own versions — the Chevrolet Colorado and GMC Canyon — to sell in the United States. Isuzu sells two pickup in the U.S., the i-290 (which is listed separately in the cars.com Research section) and holds a 2.9-liter four-cylinder, and the i-370 that has a 242-horsepower, 3.7-liter inline-five-cylinder. These pickups join Isuzu’s only remaining model in the U.S. market: the Ascender sport utility vehicle, which is also based on a GM product. Serving as the uplevel i-series model, the i-370 features standard CD/MP3 player, tilt steering wheel and cruise control. With the appropriate equipment, the i-370 has a 1,338-pound payload rating and can tow up to 4,000 pounds.

Exterior
These pickups were developed in a joint venture, so the overall appearance of the i-370 is similar to the Colorado and Canyon. Isuzu’s version features a bold grille made up of three wide bars: one horizontal and two vertical. Whereas the four-cylinder i-290 comes only in extended-cab form with two-wheel drive, the i-370 is a crew-cab pickup with Insta-Trac four-wheel drive. Four conventional front-hinged doors are installed. The i-370 has 15-inch tires on aluminum wheels.

Under the Hood
The i-370’s 3.5-liter inline-five-cylinder develops 242 hp and 242 pounds-feet of torque. A four-speed-automatic transmission is standard. The i-370 comes with Insta-Trac four-wheel drive, which permits shifting between 2WD and 4WD High at the touch of a button while under way.

The Isuzu i370 has great features for the price! It has a very comfortable ride and low miles. For a 2007 vehicle it has practically no rust.

I went from a full size truck to the i 370 and I love the comfort it has for a small truck. It has some cool features, like the MP3. The overall ride of the truck is good. I have two teenage kids that can sit very comfortable in the back. I can now ride in comfort knowing I'm getting a lot better gas mileage than I did in my full size truck. I am very impressed by the i 370's 242 horse power and the 242 foot pounds of torque. I'm over 6 feet tall so I really like the head room it has. And by the way the A/C is very cold.

I BOUGHT THE TRUCK NEW. IN SHORT I LOVE IT! IT HANDLES WELL, HAS MORE THAN ENOUGH GET UP AND GO, AND IT'S A VERY SMOOTH RIDE. ALSO TO MY KNOWLEDGE IT HAS A FAR BETTER WARRANTY THAN IT'S GMC/CHEVY COUNTER PART. IT HAS PROVEN MORE THAN ADEQUATE TO PULL A 22' TRAVEL TRAILER AND MY GIRLFRIEND IS COMFORTABLE DRIVING IT. MY AVERAGE MPG IS:22-27 (A LITTLE ABOVE WHAT THE MANUFACTURE STATES.)

All model years for the Isuzu i-370 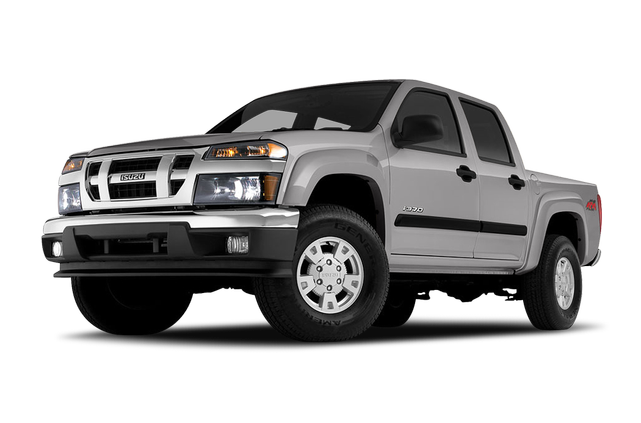 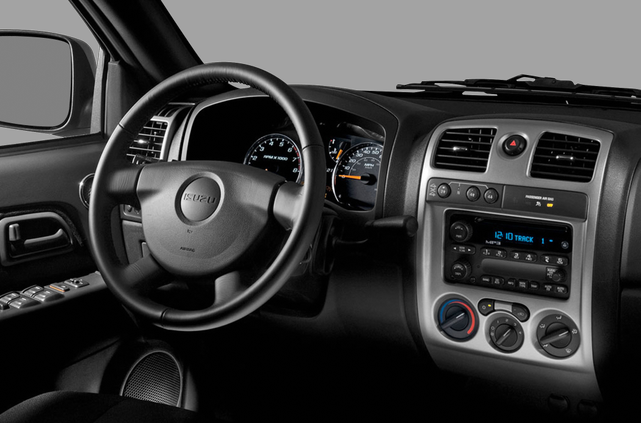