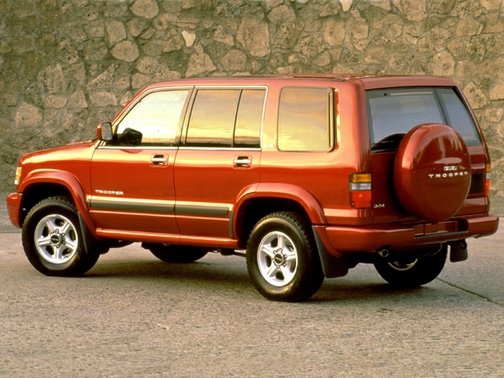 Our 1999 Isuzu Trooper trim comparison will help you decide.

Photographers are fond of showing the Isuzu Trooper at the edge of a waterfall, or atop a mountain. The idea is to display the vehicle as both a conqueror and friend of nature–the truck as noble savage.

But real Trooper life is less poetic. The closest most Troopers get to the edge of anything is the end of a shopping mall parking lot. And the only mountains ever climbed by many is a steep, gravel driveway to a cottage in the woods.

None of that under-use is the Trooper’s fault, of course. As demonstrated by the tested 1999 Isuzu Trooper S/Performance Package, the vehicle can do everything its manufacturer says it can do. It can ford shallow streams, roll unencumbered through moderate-to-heavy snowfalls, crawl through mud and climb mountain paths designated for off-road motoring.

But who does those things in a $30,000 vehicle that often serves as the main family transport? Answer: Not many people who are paying the monthly note.

That raises a question about whether the Trooper and similar sport-utility models are over-engineered for actual use. Look, for example, at the new Trooper’s Torque-On-Demand (TOD) four-wheel-drive system, developed by Borg-Warner Automotive in association with Isuzu.

Using an electronically controlled, lubed multi-plate clutch, TOD controls the distribution of driving force between the front and rear wheels. That helps to eliminate the wheel-scrub sensation exhibited by some four-wheel-drive sport-utility models in tight cornering. It also provides improved traction and stability on dry, or wet paved roads.

Fully engaging the multi-plate clutch turns the Trooper into a direct-drive, four-wheel-drive vehicle for traveling off-road or traversing mush. It’s all pretty neat stuff, and all rather seamless, with the exception of a dashboard-mounted, signal-light-indicating power flow between the front and rear wheels.

Yet, I believe that a rear-wheel-drive truck or front-wheel-drive minivan would do just as well, given the realities of the urban/suburban driving environments and trip patterns of many four-wheel-drive sport-utes.

Automotive marketers say that I’m wrong in this; and, certainly, judging from the still-soaring sport-utility sales, they seem to have a point.

What I don’t understand, according to the marketers, is the notion of “peak use”–that is, having more than you need just in case you wind up needing it. Say, for example, there is a sudden, late-winter snowfall; or a washed-out road in a spring rainstorm; or the possibility that you are overcome by the urge to park your Trooper at the edge of a waterfall, or atop a mountain.

It’s a peace-of-mind thing; and as long as people want it and are willing to pay for it in a free market, the Trooper and other four-wheel-drive trucks will rule.

Complaint: Ergonomics. Despite many improvements in exterior design and interior presentation, the Trooper’s instrument panel remain s cluttered. For example, Isuzu could lose that dash-mounted, graphic, four-wheel-drive indicator light. And the company could get rid of the floor-mounted, four-wheel-drive transfer gearbox and integrate the whole thing into an automatic switching mechanism the way Ford Motor Co. does it.

Praise: Overall, one of the best-built, four-wheel-drive sport-utility models on the market.

Drivetrain: 3.5-liter, double-overhead cam, V-6 engine designed to produce 215 horsepower at 5,400 rpm and 230 pound-feet of torque at 3,000 rpm. A five-speed manual transmission is standard, and a four-speed automatic is optional. TOD is standard on models with automatic transmission.

Safety: You can topple a Trooper in a crash or an ill-advised turn. You can flip any vehicle having a high center of gravity, such as this one. But you can flip a low-center-of-gravity Chevrolet Corvette, too. It’s a matter of common sense, driving safely, and luck, avoiding paying the price for someone else ‘s mist ake. To improve your chances, wear seat belts.

Ride, acceleration and handling: Rides, feels and handles like a truck, which it is. Good braking. Brakes include power, ventilated discs front and rear with four-wheel anti-locks as standard equipment.

Mileage: About 16 miles per gallon. Estimated 345-mile range on usable volume of fuel.

Great truck for me

October 14, 2020
By Jonny Blues from Jefferson
Owns this car

This truck has to be the most unreliable vehicle ive ever owned, and ive had a fair share of rides. Engine and transmission suck xxxxx.

One of the BEST vehicles I have ever owned. Very reliable, not bad fuel mileage and plenty or room. Very comfortable and a great ride. Plenty of room for the kids and the groceries and easy access. 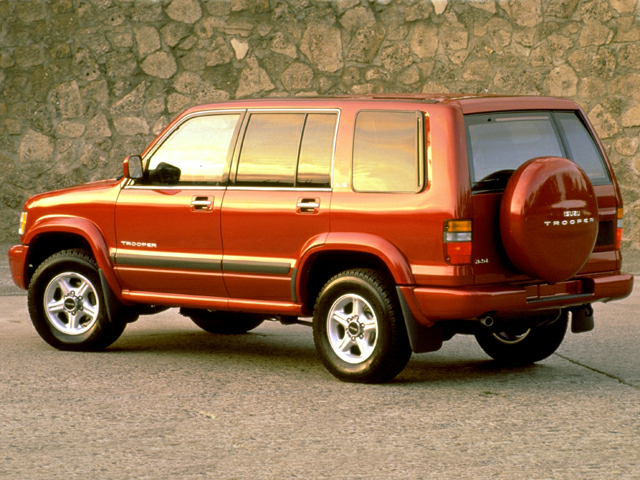