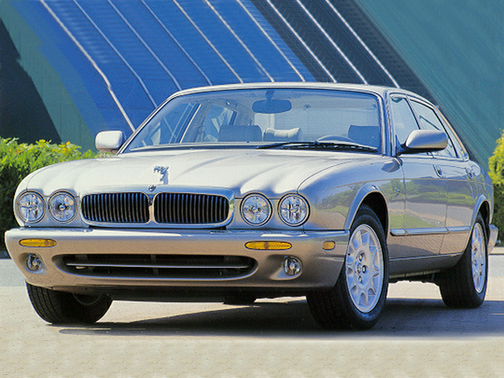 Our 1998 Jaguar XJ8 trim comparison will help you decide.

Niagara-on-the-Lake, Ontario – The three letters from Jaguar owners all leveled the same criticism of the car’s heated seats: They don’t work in hot weather.

This poses a particular problem after an afternoon at the local hunt club and a vigorous horseback ride. It seems that even in scorching weather, working backside warmers would be a welcome touch when you’re spending upwards of $70,000 on a luxury car.

Alas, a thermal cutoff renders the heater in the seats useless when the weather outside gets above 70 degrees.

Years ago, that little nugget might have made its way into an F. Scott Fitzgerald story (he did point out that the rich are different from you and me). But it only seemed to amuse the Jaguar brass on the launch of the 1998 XJ-series sedans, which go on sale Thursday. If that’s all new owners have to complain about, the Ford Motor Co.-owned British automaker is in good shape.

Actually, Jaguar is in great shape. And make no mistake: The cars we drove are definitely not just Ford products. They’re genuine Jaguars whose DNA is unquestionably British.

The Jaguar executives on this trip talk about former Jag owners like Vatican observers describe lapsed Catholics. There is a strong desire to get those people back in the fold. Those former owners should be happy. The 1998 models seem true to the marque’s racing-and-romance heritage.

It’s somewhat of a small miracle that the ride-and-drive event in this ritzy enclave of spas, specialty shops and the Shaw Festival is taking place. Had George Bernard Shaw, the acid-tongued Irish dramatist whose plays draw people here nightly, been alive and writing about cars, he might have been tempted to say that the Jaguar’s survival in the early part of this decade was “not bloody likely.”

“We were virtually bankrupt in 1989,” says Russell J. Reynolds, president of Jaguar of Canada. “We lost around $400 million in 1990. We wouldn’t have survived at all if Ford hadn’t gotten involved.

“But our turnaround has been equally impressive. We’ve been profitable for the last two years and we’re now in a position to fund our own product development. Our objective is to bring something to the marketplace every year as opposed to every 10 years.”

By the millennium, Jaguar lovers may see the addition of smaller, more affordable offerings and maybe even vehicles that veer away from the car’s rear-wheel-drive heritage and into new areas like all-wheel-drive. (Of course, Jaguar officials note that they are merely studying these possibilities at the moment – nothing is cast in stone.)

Today, Jaguar’s newfound health is reflected in improvements in its J.D. Power and Associates customer satisfaction index and the company’s warranty costs.

In 1989, Jaguar ranked a dismal 31st in the J.D. Power CSI survey. In 1997, it rebounded to the number 5 position. Warranty costs are down 60 percent, reflecting the discipline imposed by Ford’s stricter busines s processes. For example, at least 80 miles of obsolete assembly line were torn out of the ancient Jaguar facility at Browns Lane, England, and replaced with state-of-the-art machinery.

A more business-like atmosphere in the factory has also become the norm. As Reynolds points out, it was not unusual to find Jaguar assembly workers sipping tea at their posts in the late 1980s. Today, they have their Earl Gray and Darjeeling in the plant’s cafeteria.

“Customers have always rated dealers high, but the main dissatisfaction with the product was the product,” Reynolds said.

We had a little bit of a start, then, in the parking lot of the Queen’s Landing Inn, as we set out for a morning in the 1998 Jaguar XJ8 sedan. The sedan’s trip reset button, which seems too small to begin with, jammed and couldn’t be pried out. But as it turned out, that was just about the only complaint of a day that included turns in the sedan and its supercharged companion, the XJR.

The XJ odels are the successors to the XJ6 sedans. As the numeral “8” in the name indicates, the big news for this year is the addition of Jaguar’s twin-cam 4.0-liter V-8 engine to the mildly revised series. While the engine’s displacement is virtually the same, the V-8 delivers more power. The XJ6 engine was rated at 245 horsepower, while the new eight-cylinder makes 290 horsepower. While the company says EPA numbers are not yet available, they expect the mileage numbers to be high enough that the cars will manage to avoid the expensive gas-guzzler tax.

The other notable additions to the ’98 lineup are standard side air bags and a revamped suspension.

You’ll have to look twice to notice any styling changes, but they are there, largely in the form of ovals. Where the old sedans had square forms – in touches like interior wood trim, turn indicator and fog lights – the predominant shape on the new models is ovoid.

Engineers insist this was not a paean to the classic Ford navy-blue oval logo, but just a general overall “softening” of the inside and outside lines of the cars. Of course, the signature Jaguar grille and four-headlight front have not changed noticeably.

Inside, the quirky “elephant ear” controls, which were located behind the steering wheel and were hard to see, have been moved. Located on the steering wheel of the ’98s, in a sensible and easy-to-use layout, are controls for the headlights, washers, wipers, telephone and cruise control.

The stereo system at first seems cluttered with more buttons than previous models, but there is a method to the madness. If you buy the optional, dealer-installed telephone, the audio buttons can also be used as a telephone keypad. This takes cell-phone use in the Jaguar to the next level. While the phone can be voice-activated, you can also use the keypad if you reach voice-mail and need to enter an extension number by hand.

Steering has been improved and the suspension is fluid. Driving the 370-horsepower XJR through the countryside around Niagara-on-the-Lake, with its nine local wineries, was a joy. The effect feels as smooth as a long, flowing strand of silk thread. But as other speed-loving drivers demonstrated, the XJ-series cars seem to deliver qualities that might seem mutually exclusive: Performance and refinement.

Maybe that’s a mystery that only the horsey set, with its intimate knowledge of thoroughbreds, completely understands.

reliability very good,nothing spent on it yet

Its a old car now,had it a long time,worth nothing to trade,but still turns heads,V8 and goes like a cut cat, still fun to drive,feels like a sports car to drive.They are so cheap to buy now, and still with low K/m.look one over with a fine eye,and its history,you can buy a lot of car for a few thousand.

Most comfortable car i have driven.

Incredible Car to Own and Drive

December 6, 2017
By janet54 from Huntington Beach
Owns this car

This 1998 Jaguar with under 100K miles was beautiful, well loved and cared for. The interior was a comfortable soft smooth tan leather seating in perfect condition. The engine, being a V8, had great pick up and go power. A very smooth handling car to drive also giving you that extremely safe feeling of a great vehicle. A large trunk to be able to hold your spare tire, accessories with additional room for all your personal item needs.

Rating breakdown (out of 5):
10 people out of 10 found this review helpful. Did you?
Show full review
See all 10 consumer reviews

All model years for the Jaguar XJ8 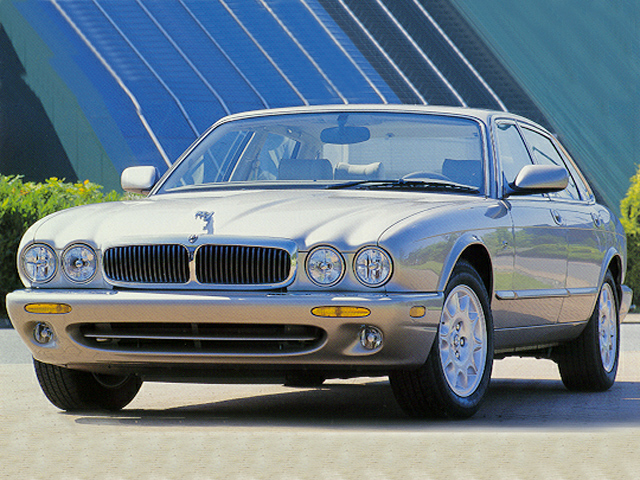 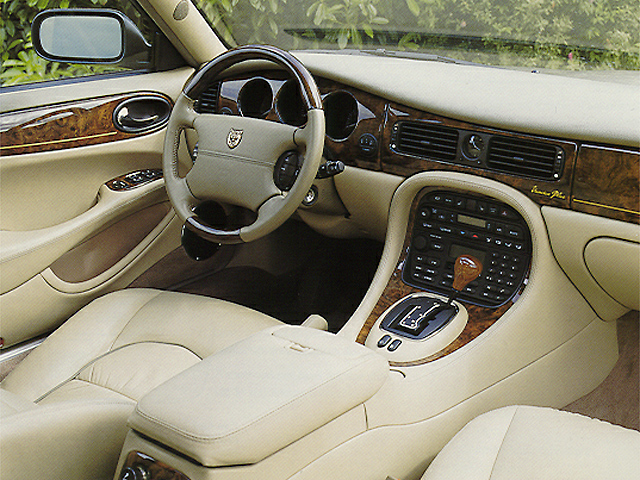