Our 1998 Jaguar XJR trim comparison will help you decide.

Jaguar’s XJR is a car of considerable contrasts. Some of the sexiest sheetmetal in the automotive kingdom sits atop wide 18-inch wheels with tires so thin they look like rubberbands. Picture a sprinter in a tuxedo wearing track spikes and you get the idea.

And what a sprinter it is. Unleash all 370 supercharged horsepower and it squirts to 60 mph in 5.4 seconds, just a few tenths of a second slower than such luminaries as the Chevrolet Corvette and Porsche 911. Pull out in the passing lane, mash the throttle and it pins your ears back so you look like a Labrador in the back of a pickup truck at 60 mph. Top speed is electronically limited to 155 mph, but that’s academic unless you live in Germany.

Jaguar says the XJR is intended to be a five-passenger sedan that “delivers a thrilling rush to autobahn velocity,” yet remains docile at low speed. It succeeds at both. Should you want to mosey around town and revel in its luxury, you can do that with no hint that it has the reflexes of a jungle cat.

The XJ8, upon which the XJR is based, comes from the marriage of the XJ body to the aluminum 4.0-liter V8 that first saw duty in the XK8 sports car. Its supercharged sister was created by bolting an Eaton supercharger and two air-to-water intercoolers to the aluminum twin-cam V8, tightening up the suspension and adding the five-spoke wheels with Pirelli P Zero high-performance tires. Chrome mesh fills the grille trimmed in body-color paint.

This engine develops 387 pound-feet of torque at 3,600 rpm. Torque is the force that spins the tires when you touch the gas. Even as low as 1,600 rpm it produces more torque than the normally aspirated engine does at its peak. Getting this much brawn to the pavement is the job of a Mercedes-Benz five-speed automatic transmission engineered to handle this high torque output. This unit, with Normal and Sport modes, starts off in second gear unless you slam the throttle wide open.

Inside, the almost-black bird’s eye maple trim contrasts nicely with the off-white, embossed Connolly leather. The power bucket seats have sizable bolsters for lateral and lumbar support, but the bottom cushions didn’t have as much under-thigh length and support as I like.

With a car this fast it’s important to keep an eagle eye on the speedometer, but I found the speedometer, and tachometer, were hard to read because they are small, set deeply into the instrument panel and have numbers that are not brightly lit. Maybe my middle-aged eyes were playing tricks on me or maybe I just wanted a good excuse for not knowing how fast I was going.

Because the roof is low and the console wide, the interior felt more like a four-passenger sport coupe. My smaller-than-average feet continually snagged the carpeting around the pedals, and the handbrake rubbed on my right leg.

As you can im agine, for a car with a list price of $67,400 the list of standard equipment is substantial. It has heated front seats, a 240-watt Harman Kardon stereo with CD changer, front and side airbags, Automatic Stability Control (ASC) as well as low-speed traction control, anti-lock brakes, automatic climate control, tilt/telescope wheel, electric sunroof and keyless entry.

Jaguar plans to import only a limited number of XJR’s, not surprising since it is targeted at the hardcore performance driver who also wants elegant looks, ferocious power and has the money to afford both.

Point: Three-hundred and seventy horsepower in a luxury sedan? Whew! It accelerates like a sports car, corners like it was on rai and cruises like a jet plane.

Counterpoint: The gauges were hard for me to read, there wasn’t adequate room around the pedals for my feet and the handbrake rubbed my right leg.

Without a doubt, the best car I’ve ever owned.

I bought my 98’ XJR in Feb. 2018. The previous owner, owns a Jaguar repair shop and he kept it in excellent condition. This car runs and looks new inside and out. It just turned 164k on the odometer. I also am asked about this car and receive several compliments a week on it. Classic style and performance makes this the best car I’ve ever owned. So much fun to drive. I would take a lot for me to part with it.

This car gets looks and nods and thumbs up every time its on the road. Its got beautiful exterior design and lines, and is fast with Supercharged V8. Love it.

October 11, 2017
By michael_j_Brown from Dallas
Owns this car

This is the best car I have ever owned, any year at any price. I purchased my XJR 4 months ago and quickly realized this was a special car. It will blow the doors off my Porsche. I was sad to discover that former owners had not kept the car up cosmetically, so I spent the 7K to put her back into excellent condition. I get asked about this car several times a week. Random people ask me if I would consider selling it and the answer is, no. I have a feeling the value of this car will go up exponentially, especially the earlier ones like my '98. Now is the time to buy why they are still somewhat affordable. 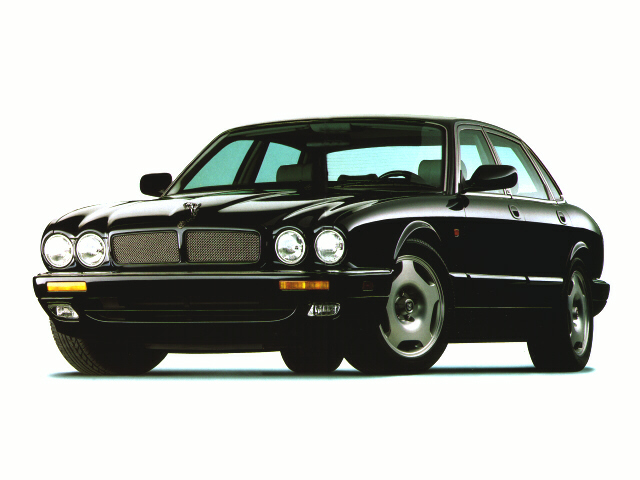 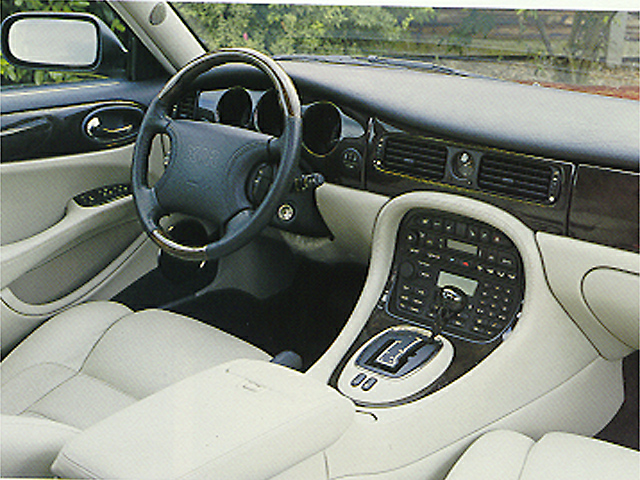