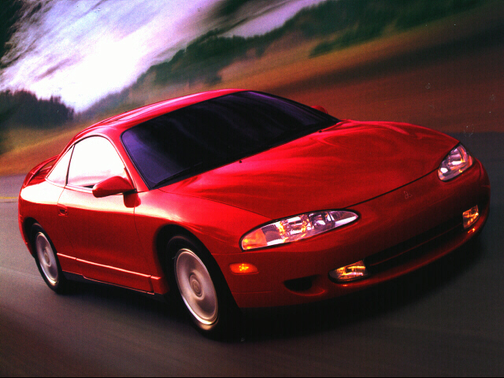 Our 1996 Mitsubishi Eclipse trim comparison will help you decide.

Rather, the tune will likely be “Illinois Here I Come,” since the Spyders will be built in Mitsubishi’s manufacturing facilities in Normal, Ill.

The West Coast, however, can lay some claim to the cars, since both the Spyder GS and Spyder GS-T were designed at the Mitsubishi Motors America Design Studio in Cypress, Calif.

Opting for the cognomen of Spyder which denotes a convertible model on world markets, the Eclipse softtops will be offered in two versions, the normally aspirated (non-turbocharged) GS and the turbocharged GS-T.

Both cars are built from the outset as convertibles, not chop-top coupes. They feature platform and body reinforcements to enhance chassis rigidity, always a design concern when there is no roof to act as a stress member.

The platform reinforcement is not without a penalty, however, adding about 132 pounds to the weight of the car.

The header (front) panel is strengthened and fitted with receiving latches for the top. The A-pillars on which the doors hang are reinforced, and stronger front and rear floor sections and quarter panels are incorporated to add stability.

To resist torsional movement, a cross brace has been added to provide additional support for the rear deck assembly. And a new deck lid and new rear seatback have been developed to accommodate the convertible top.

Convertibles obviously are meant to be fun-in-the-sun cars, and by the time the Spyders arrive in Indianapolis Mitsubishi dealers’ showrooms in April, old Sol will already be waving his magic rays.

Even if the weather turns inclement, the Spyders’ power tops are easy and foolproof to raise. The top mechanism is controlled by a vehicle speed sensor and will not operate while the vehicle is in motion.

While in motion, Mitsubishi is giving drivers a choice of two ways to go. The GS with its 2.4-liter (143.4-cubic-inch) single-overhead cam provides 141 horsepower for respectable speed. But the turbocharged, 210- horsepower GS-T Spyder really moves – fast, slow, or otherwise.

The engine is a 2.0-liter (122-cubic-inch) double-overhead cam with four valves per cylinder and turbo-boost pressures designed to get your attention. The blower runs 14.5 psi (pounds per square inch) intake manifold pressure, and considering the cars at the Speedway are limited to 7.5 psi, this 2.0-liter motor should act like a racecar when you start leaning on the throttle.

Both the GS and GS-T are available with a five-speed manual transmission for the road racer types, or a four-speed automatic for those who prefer to leave the shifting to the car’s electronic genes. In the GS-T with an automatic, however, power is dropped just a bit to 205 horsepower.

That still is a lot of car packed into a fair ly small size, as the wheelbase is 98.5 inches and the overall length 172.2 inches. And since convertibles are all-season automobiles today, much attention is paid to driver and passenger comfort and convenience.

The Spyders are 2-plus-2 models, meaning there is seating for two people in the rear.

The upscale GS-T is the most highly equipped, with about everything, including air, power, leather front seating and stereo standard. The four-speed automatic, however, is an option, as are anti-lock brakes and a 10-disc CD changer if you feel the need for one.

The cockpit layout is state-of-the-art with a center console holding the shift lever and the upper section being the location for stereo and temperature controls.

The instrumentation is the standard speedometer, tachometer/temperature/fuel/odometer gauges. I don’t know how fast one of these things will run, but the speedometer iscalibrated to 170 miles per hour.

I’d say even in GS-T form that’s rather optimistic, and for the 141-horsepower GS it’s unlikely.

Base price for the GS with a five-speed is $19,280, and for the turbo GS-T $24,990. That’s not too bad for enjoying the good life, because the pleasure remains long after the cost is forgotten.

July 26, 2020
By Nancy Drew from Victoria
Test drove this car

This car corners well, shifts well, has a lot of pep, all in all, it was impressive for a car nearly 25 yrs old. Amazing really. I am going to buy it as it drove better than my much newer vehicle! I think I'd be happy cruising with the top down with lots of power coupled with great gas mileage given it's 4 cyl stature. Yup I recommend it and I've driven many sports cars over many many years.

Awesome Car for someone under 6 foot

May 7, 2012
By Car I wanted in Highschool from Delaware
Owns this car

If you are looking for a cheap head turning performance car then look no further, unless you are over 6 foot. This car really only sits two even though it has back seats there is no leg room, but thats what you usually expect from a performance car. Very easy to work on and mod.

this car looks amazing for the price and milage! my uncle owns a 1996 eclipse, and he let me drive it alittle, and i have to tell you, it was fast! it didnt look as good as this one though. ever since i drove that car, i became a big fan of 90's eclipses. 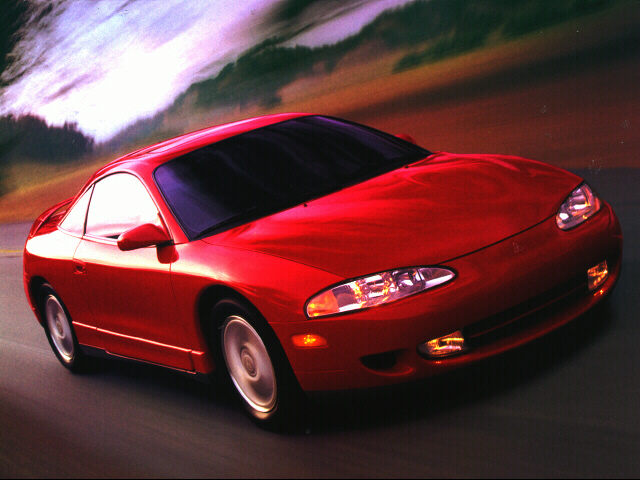 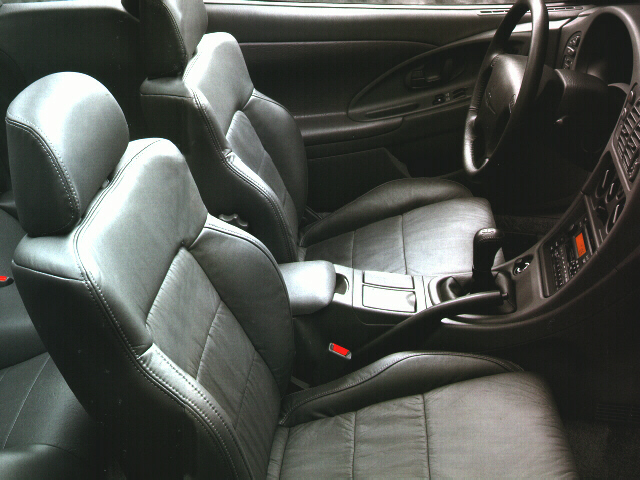