Our 2010 Mitsubishi Galant trim comparison will help you decide.

Editor’s note: This review was written in May 2008 about the 2009 Mitsubishi Galant. Little of substance has changed with this year’s model. To see what’s new for 2010, click here, or check out a side-by-side comparison of the two model years.

Unlike if someone asked you your opinion about this year’s presidential candidates, no one would blame you if you didn’t know much about Mitsubishi’s midsize sedan, the Galant. Its relatively low annual sales pale in comparison to the numbers put up by competitors like the Honda Accord and Toyota Camry, but if you don’t want to drive what everyone else in the neighborhood does, the Galant delivers surprisingly capable handling and strong performance from the optional V-6.

There are tradeoffs when you choose to be different, though, and with the Galant those come in the form of an uncompetitive starting price and a lower-quality interior than you’ll find in much of its competition.

Clean, Forgettable Styling
For 2009, the Galant receives some mild exterior styling tweaks, including a new grille, hood and taillights. The changes are subtle enough that someone unfamiliar with the Galant probably wouldn’t be able to tell it apart from a 2008 model, but they do give the car a more cohesive look than it had before (see a side-by-side comparison with the 2008 model).

Hampering the Galant’s attempt to attract buyers is its relatively forgettable looks; the front end is bland and could be at home on any number of sedans. That’s not a knock on just the Galant; many models in this class don’t have particularly distinctive styling. That also means, though, that an intriguing design would be a good way to generate buyer interest in a segment where other models — the Accord and Camry — typically dominate the conversation. Chrysler benefitted from this approach with its 300 sedan a few years ago, and Mitsubishi has the makings of a unique corporate look with the strong design theme on its small Lancer sedan. Sadly, that look hasn’t migrated to the Galant.

Sporty Handling, Robust V-6
I wasn’t expecting to like the Galant’s ride and handling qualities and engine performance as much as I did, but the car offers quite a bit of sportiness in a four-door package. Granted, my test vehicle was the top-of-the-line Ralliart version, which gets a sport suspension and the most potent engine offered. Impressions apply to this model.

The Ralliart has firmer springs and shocks, and it confidently carves through turns. The driver is rewarded with weighty steering feel that’s appropriate for a sport-oriented midsize sedan.

The downside of the Galant’s taut suspension tuning is that the ride can be harsh on pavement that’s not perfectly smooth. Likely contributing to this experience is the Ralliart’s standard 18-inch alloy wheels that are wrapped with P235/45R18 low-profile tires.

Ralliart models are powered by a 3.8-liter V-6 that makes 258 horsepower and 258 pounds-feet of torque and drives the front wheels through a five-speed automatic transmission (Mitsubishi also uses a 230-hp version of this V-6 in the Sport V6 Galant).

The Ralliart feels as strong on the road as its engine specs suggest, which isn’t always the case in other cars. Look no further than the V-6 Accord sedan, which features a 268-hp, 3.5-liter V-6 that doesn’t feel like it’s making that much power. Whether you’re driving in the city or on the highway, the Galant’s V-6 feels strong and not taxed in any way by the car’s 3,726-pound curb weight. The automatic transmission is a faithful servant that makes smooth shifts and kicks down quickly when more power is needed.

Where the Galant’s V-6 powertrain suffers is fuel economy, as those numbers are at the bottom of this class.

A Cabin That’s Behind the Times
The Galant’s cabin didn’t change significantly for 2009, and it’s starting to show its age both in terms of material quality and design aesthetics. The biggest shortcomings are noticeable gaps between trim panels and inconsistent plastic graining. These things weren’t as big an issue a few years ago, but with competitors making interior quality improvements these shortcomings are magnified.

On the plus side, the Ralliart’s leather-covered front bucket seats are quite comfortable and include seat heaters and driver-side power adjustments. There’s room for three people in back, and while the bench seat offers good comfort for adults, the space feels smaller than the backseat of an Accord or Camry.

Unlike many of its competitors, the Galant doesn’t offer a folding backseat, though it does include a pass-thru to the 13.3-cubic-foot trunk.

Safety
Standard safety features include antilock brakes, side-impact airbags for the front seats and side curtain airbags. An electronic stability system is not offered. The Accord and Hyundai Sonata include this important safety feature as standard equipment, and a number of other competitors have it as an option.

Galant in the Market
What might hurt the Galant more than anything else is Mitsubishi’s pricing strategy for it. With a starting price of $21,099, it costs more than a number of its prime competitors with similar equipment, including the Camry, Sonata, Chevrolet Malibu and Ford Fusion. It’s not a matter of a hundred bucks, either — it’s about $2,000 more than a Fusion. That’s a lot of money for a family looking for a new car.

In the midsize sedan segment, brand reputation and price have powerful sway. Mitsubishi doesn’t have the reputation of, say, Honda or Toyota, and it doesn’t offer any price advantage to make up for that. That’s a losing combination.

Car has great technology and amazing safety features. Leather interior is clean and modern. Car has great pick up and good on gas. Only one negative is that the turning radius isn?t great for tight spaces.

Very stylish, reliable car. Comfortable spacious seating and the size makes me feel safe. Love the back up camera and the heated seats. Gas mileage is a plus as well.

The most smooth car I've owned.

This car has plenty of leg room, given I am a tall guy. It also has the horsepower that I look for in a car, be it is a sports sedan. Though it has the four speed capability, its exterior says class, style. 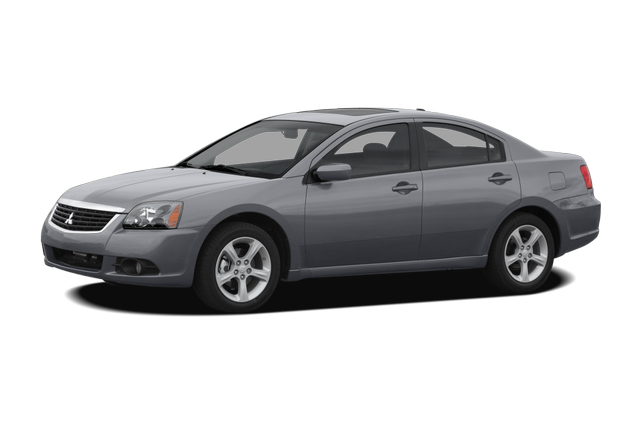 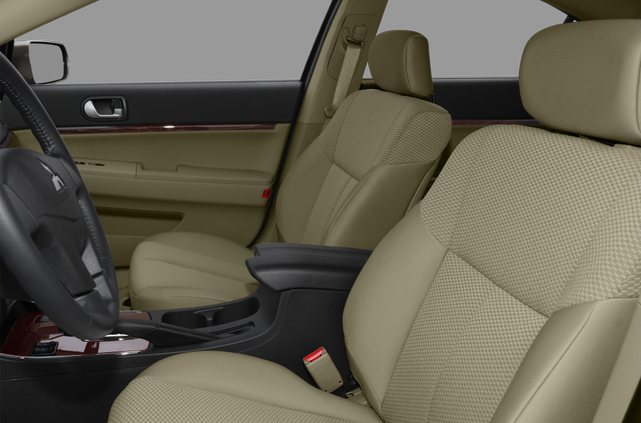 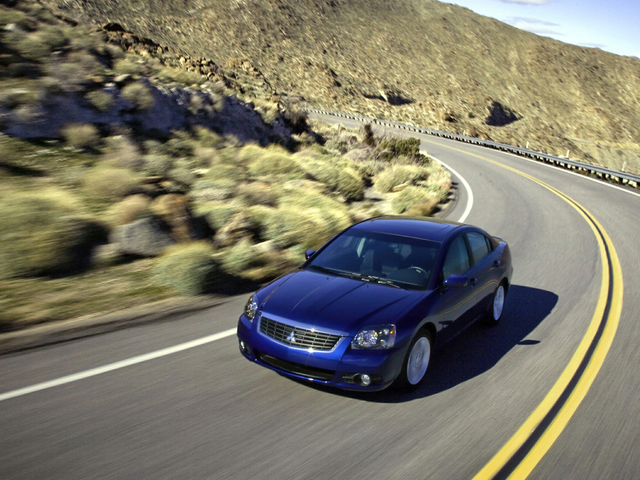 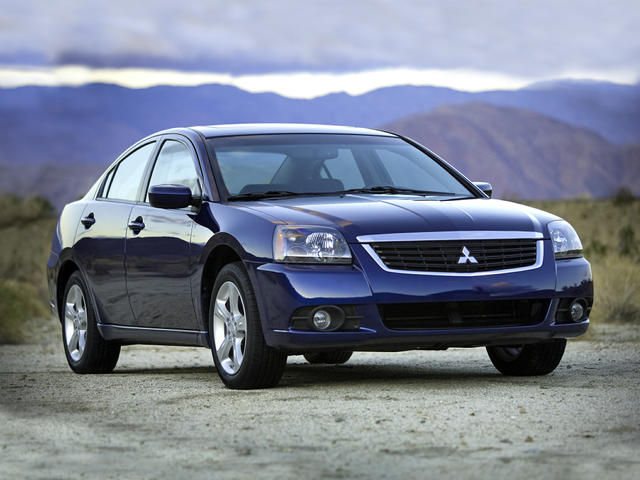 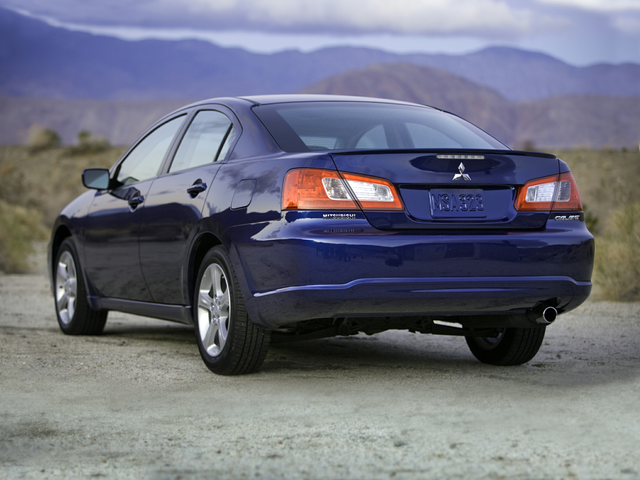 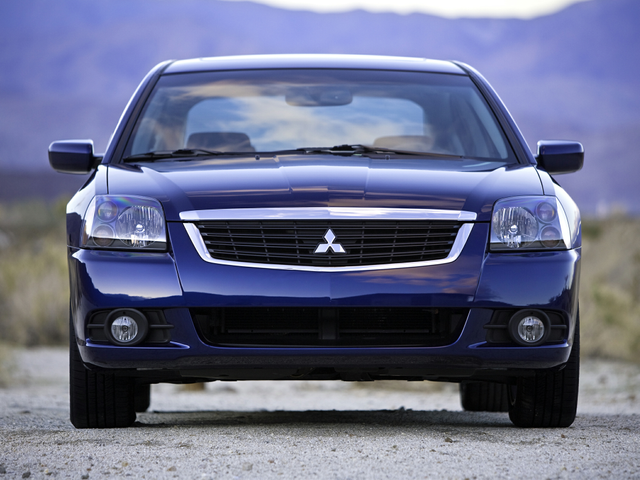 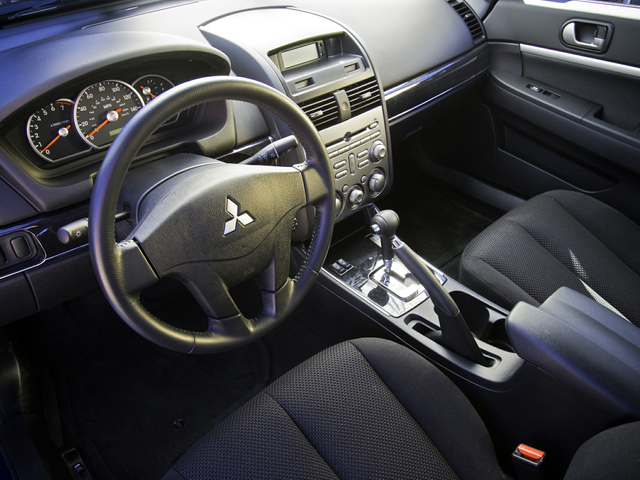 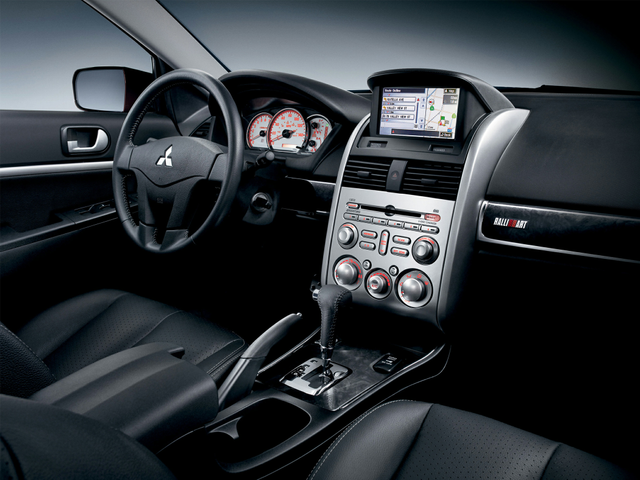 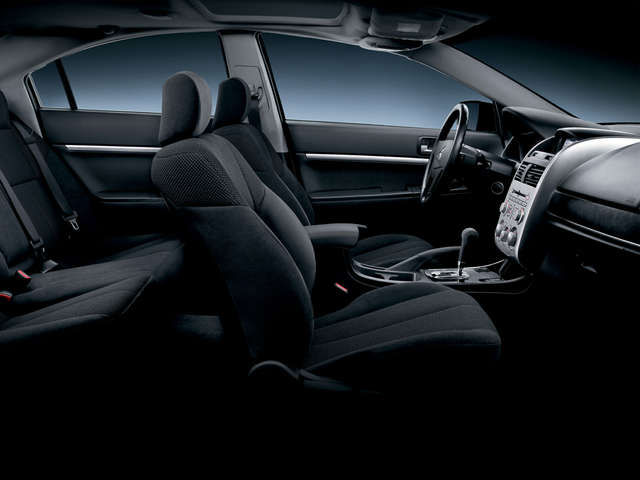