Our 2006 Mitsubishi Lancer Evolution trim comparison will help you decide.

A short opening paragraph, but appropriate.

The 2006 Mitsubishi Evolution IX is exactly that — nasty, though in a wicked good way.

The Evolution line comes from a company that lost its luster in the face of competition from Toyota, Honda, Subaru, Nissan, Kia, and Hyundai. This car helps make Mitsubishi shine again.

The ninth-generation Evo, the second of its kind on America’s roads, provides only a taste of what may be coming when the Evo X sits at the starting line next year.

Two years ago, at a venue that mixed road endurance, racetrack, and drag strip, I watched a highly tuned Evo dust away the best that Viper, Corvette, Porsche, and others could throw its way. And think: This came from a 2.0-liter engine. Of course, all-wheel drive helps at such events. But AWD in a performance car also lets New England drivers reach for the performance they need in winter.

With its smoked, mysterious headlights and taillights, its wide and narrow front grille, the Evo says “watch out for me” right from the gate. Emphasizing the look is an air intake setup that dominates the lower fascia. Getting air to the intercooler is an important part of this car’s diet, and the scoops suck it in. The way the intake is positioned to consume low ground air makes the car look like a ready-to-pounce jungle cat.

It features 286 horsepower and a tugging 289 lb.-ft. of torque to propel a car that weighs just over 3,000 pounds — thanks in part to the addition of an aluminum roof — making it quick and nimble at full stride.

That’s an impressive bit of torque for a high-rev, 2.0-liter engine. And the five-speed manual transmission handles it with quicker, closer clicks than the last generation Evolution.

The four-wheel independent suspension is quite stiff, something especially noticeable on bumpy back roads. Yet this car received heavy testing on the famous Nurburgring in Germany — more than 14 miles of twisting, undulating, off-camber curves, and horrendous changes in track surfaces. If the suspension handles the power there, it will handle it anywhere.

Helping keep the transfer of power and traction under control is an active center differential and a front limited slip differential. It’s a paired contribution that is most noted in aggressive cornering.

An intercooled turbocharger seemed to provide an obvious wide band of torque from just below 2,000 rpms all the way to over 5,000 rpms.

This meant not only incredibly rapid launches, but also strong and lasting surges on highway entrance ramps and in passing, as well as plenty of power exiting corners.

And the fun begins at such low speeds that playing as described does not mean you have to break the rules of the road. It is as tactile a car as I’ve driven in some time.

Inside, Recaro seats are firmly bolstered along and up the sides with leather. The grip of their Alcantara surfaces is superb. The titanium-spoked steering wheel, billet aluminum pedals, and a race car-evocative set of round gauges — with tachometer properly at the center — give the car a utilitarian cockpit feel.

Is the Evo a car for the everyday, here-to-there commuter? Probably not.

But it is a car for the weekend racer and commuters who want to have sane bursts of fun while traveling to and from work.

Best car I have ever owned, fun fast, very reliable as all stock. This is the safest car - if you know how to drive it. The all wheel drive is so smart it will recover if you get the car sideways. After awhile getting an evolution 9 mr sideways is the most amazing thing you can do, until you try it on snow and ice - mind blowing fun this car drives better sideways - than just high speed cornering. Most people will never experience this, I would recommend a run in an Evo 9 as a must do before you die. (I work in automotive 25 years and have driven 85% of all car, even a stutz bearCat). There is nothing that drives like an Evolution IX MR in the world.

Absolutely amazing in every weather

Car looks absolutely amazing.Exceeded my expectations.Not to mention the car being all wheel drive and open to all upgrades.I 100% recommend driving or even buying this car.

One of the better stock Performance car

Aside from the out dated interior which could use a touch up as it is pretty bland. The aggressive exterior and incredible turbo 4g63 engine make this car a thrill to drive. For a light weight all wheel drive car. . id say 4/5 stars for enjoyment. If you haven't driven one you're missing out! 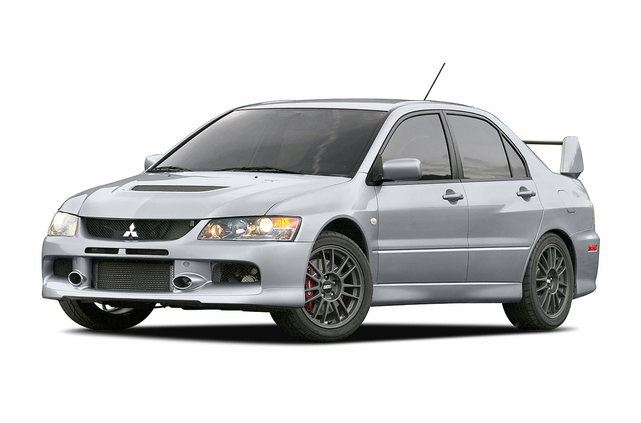 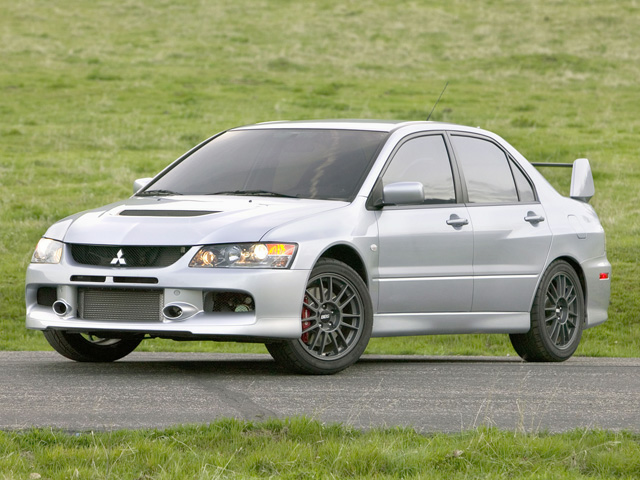 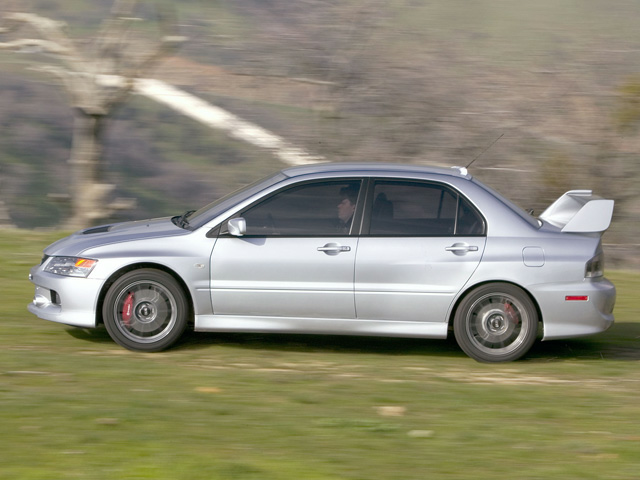 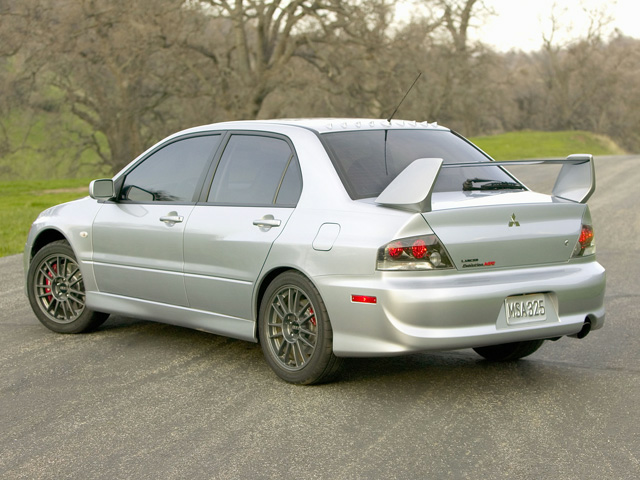 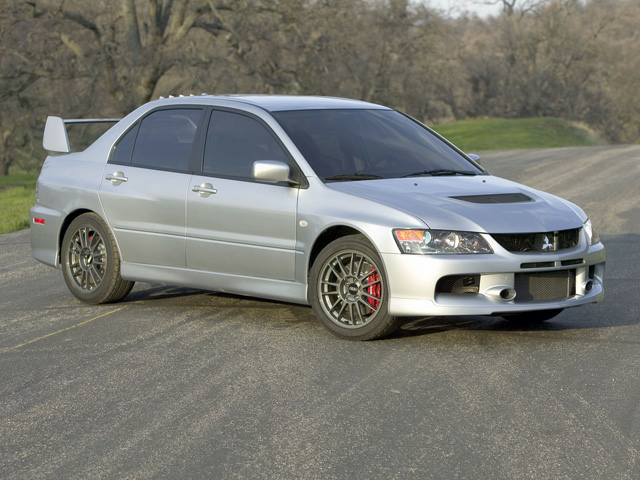 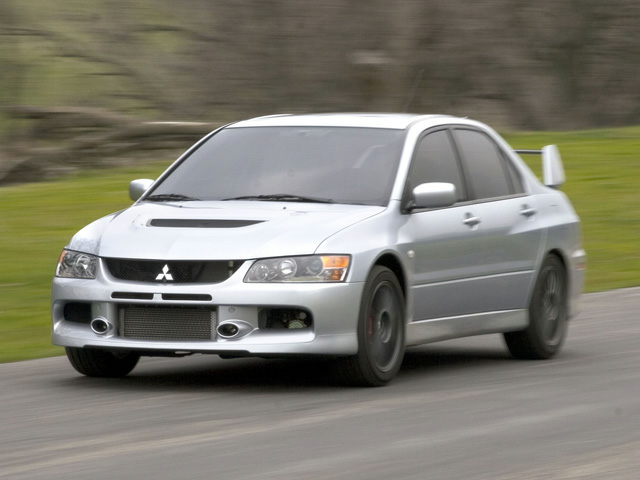 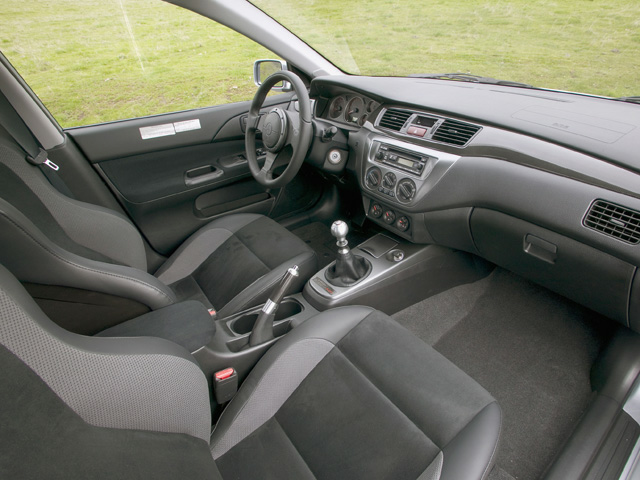 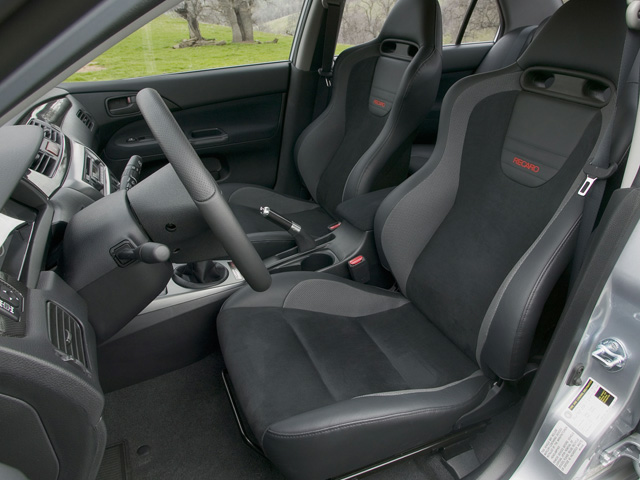 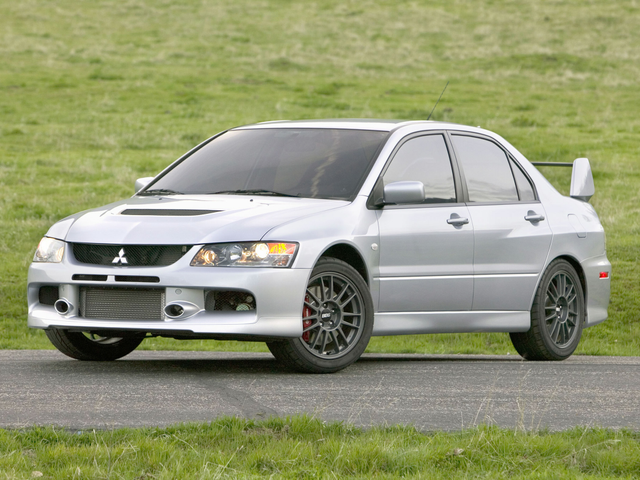