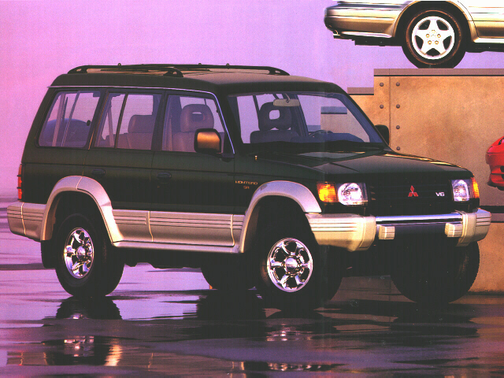 Our 1997 Mitsubishi Montero trim comparison will help you decide.

It looked good at the Detroit auto show, the 1997 Mitsubishi Montero Sport. Slim, trim, rounded. It was more appealing than its bigger siblings, the luxury Montero LS and SR — tall, boxy jobs laden with high-priced gimcrackery.

Show goers applauded the Sport’s lack of ornamentation. They praised the Sport LS 4WD’s interior, outfitted with tough, woven fabric in its seats and door panels. They marveled over the vehicle’s many storage compartments — including shallow units hidden under the floor of the rear cargo area.

Some folks opined that Mitsubishi finally had gotten its act together in the U.S. sport-utility market. They were half right. The Sport LS 4WD has lots of pluses, but it’s also freighted with some minuses, price being the heaviest among them.

Asked one parking-lot critic: “Why not get a station wagon instead?”

Background: Mitsubishi has been making four-wheel-drive vehicles for 60 years and rightly is proud of those products, which have been sold and used worldwide.

Unfortunately, the company keeps stumbling in the United States, where it appears to have a hard time figuring out the price-value equation for sport-utes. This partly explains Mitsubishi’s wrong-headed notion to sell its luxury Monteros — essentially military trucks with lots of leather, body cladding and dashboard gadgetry — at prices ranging from $29,000 to $40,000.

In that dollar range, the Montero was getting clobbered by Land Rover’s Range Rovers and Toyota’s Land Cruisers.

So, Mitsubishi has come back with the Montero Sport, which is based on the same platform as the luxury Monteros, but has an overall shorter and narrower body. Clearly, here, the company is aiming at the Ford Explorer, Chevrolet Blazer, Isuzu Rodeo and Nissan Pathfinder.

The new Montero Sport hits the mark in several places, overall assembly quality being one of them. It beats the competition in others, such as the standard use of skid plates for critical underbody components. But it runs smack-dab into trouble in the areas of passenger and pocketbook comfort.

There are four versions of the Montero Sport — the two-wheel-drive ES and LS, and the four-wheel-drive LS and XLS. Two-wheel-drive models get a standard 2.4-liter, 16-valve, in-line four-cylinder engine rated 134 horsepower at 5,500 rpm with torque rated 148 pound-feet at 2,750 rpm.

The tested Sport LS 4WD can be outfitted to tow a trailer weighing 5,000 pounds.

Complaints: Several drivers and passengers rated the test model’s front and rear seats “tiresome” and “brutal.” I concur. Also, the Sport’s “fifth” seat — a rear center seat without headrest or shoulder harness — is for a tiny person willing to be squeezed.

Price: Base price is $23,970. Dealer’s invoice price on base model is $20,854. Price as testedis $30,011, including $5,596 in options (anti-lock brakes, air conditioner, power sunroof, power windows and locks, premium audio system, chrome grille and various other goodies) and a $445 destination charge.

November 17, 2018
By Brittkay from Atlanta, GA
Used to own this car

Great truck for the outdoors type! Built with camping in mind, with a removable and rechargeable flashlight in the back, seats that fold to the window, etc. The all around set-in design is perfect for hauling anything! Great truck.

Will drive in any condition

This is the vehicle you want around when the snow and ice cover the road; It can handle weather in any condition. The gas mileage is what you?d expect from a late model steel frame truck, coming in at 18mpg average. Lots of fun for off-roading, great for hauling large materials and doesn?t hesitate at snow!

Underrated. This car is cool looking, and a true off roader. I bought it new, and I have 180,000 miles on it. Interior is not the best, although it is a great SUV! New price was a bit expensive though. 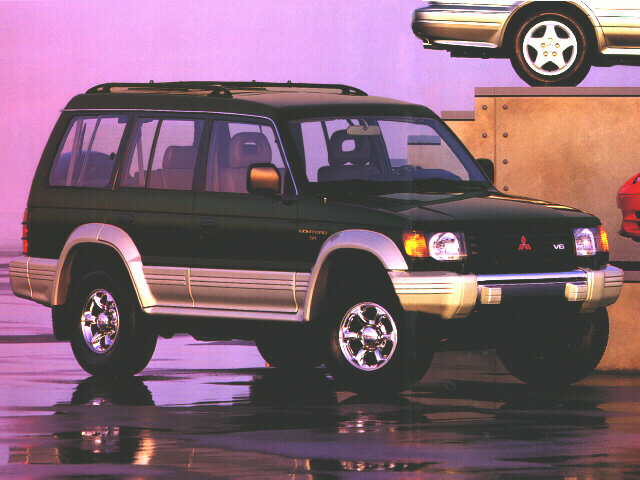 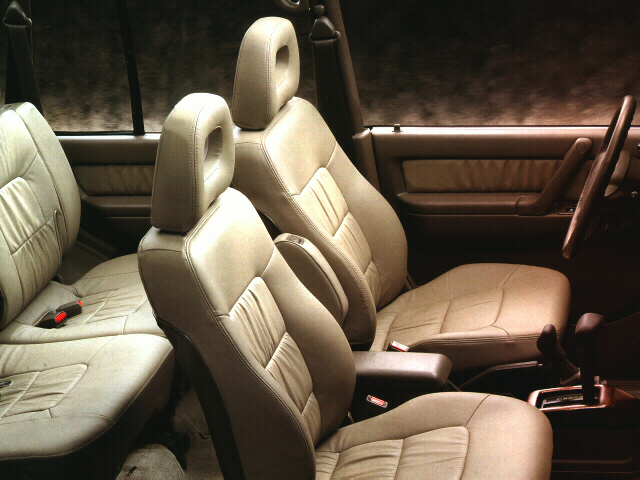