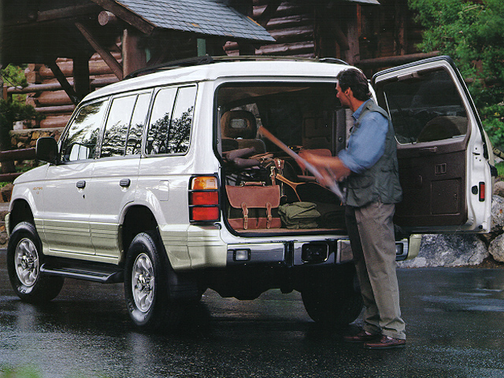 Our 1997 Mitsubishi Montero Sport trim comparison will help you decide.

Sport-utility vehicles (SUVs) are hotter than Phoenix in August. More than 2.3 million, or one in every six vehicles sold this year, will be an SUV. In 1990 just under a million were sold.

This explosive growth has resulted in a flurry of new models targeted at both upper and lower ends of the segment. Mitsubishi is offering a smaller, lighter and less expensive Montero Sport to buyers who don’t want to spend $40,000 for an SUV. Prices range from just under $18,000 for the four-cylinder, two-wheel-drive ES to just over $30,000 for a loaded, V6-powered four-wheel-drive LS, which is the model driven here.

Although the Montero SR has always been one of my favorite SUVs, I like the the Sport because it feels more nimble, costs less and rides like a luxury sedan.

Around town, it swallows choppy or broken pavement without roughing up the passengers. Thanks to a lower center of gravity, it doesn’t lean into turns like a giraffe fighting for balance. Road and wind noise are held nicely in check.

Mitsubishi is not alone seeking to create a car-like ride for its SUV because more than 90 percent of them are driven on the street and see little, if any, off-road use.

The 3.0-liter V6 engine, with 173 horsepower, is both smaller and less powerful than the larger Montero’s 3.5-liter, 200-horsepower unit. Even though the Sport weighs less, I could feel the smaller engine’s lack of mid-range torque, or pulling power, when pulling out to pass or climbing hills. Downshifting to a lower gear was easy with the button on the gearshift lever.

The Sport shares the same frame and 107-inch wheelbase with the standard Montero, but it has seating for five instead of seven, two engine choices and can be ordered in two-wheel as well as four-wheel drive.

Like the regular Montero, the four-wheel-drive Sport is more than capable of handling the rough stuff should you choose to do so. A shift-on-the-fly four-wheel-drive system has a two-speed transfer case for extra slow going should you need it. A five-speed transmission is standard and an automatic is optional. Four-wheel-drive models can also be equipped with a limited-slip rear differential that enhances its off-road capability.

Four-wheel disc brakes are standard on four-wheel-drive models, but anti-lock is optional.

The massive, 15-inch alloy wheels and optional fender flares give it a tall, rugged stance, while skid plates protect vulnerable parts underneath.

Even though the “greenhouse,” or window area, is not as tall as the regular Montero, visibility is good for city driving. The large rear hatch has a giant back window that is not only attractive but provides a wide rear view.

Inside, much of the interior will look familiar to Montero owners. The biggest difference is a rounded, less-angular dash that has softer curves and less of a truck-like look. The only glitch I noticed was that when the cupholder is pulled out, it blocks access to the r adio.

And speaking of the radio, the tiny buttons are not the most user-friendly design, yet sound quality was quite good.

To fold down the 60/40 back seat you have to tumble the bottom cushion forward and remove the headrests, which is less handy than designs which have the seat back fold over the seat cushion.

Around back, the large tailgate opens wide to reveal two sets of storage compartments under the load floor. This is an area that usually gets wasted, and putting these little bins there is not only clever but useful. Plus, they give a measure of security for small items you don’t want in plain view.

Our test car’s tweed upholstery was inviting, and the front seats were comfortable because of long bottom cushions.

Point: The Montero Sport is smaller, lighter and less expensive than the Montero SR. It is plush and quiet yet is capable of moderate off-road use.

Storage bins under the rear load floor are a nice touch.

Counterpoint: The engine seems to lack mid-range power when climbing hills and the cupholder blocks the radio. Folding down the back seat could be easier.

I have to admit this is a really good dependable v

Good truck for the money.

This truck meet all my needs over the 10 yrs. that I owed it. Used this vehicle for work as well as road trips with the family. Great family vehicle. 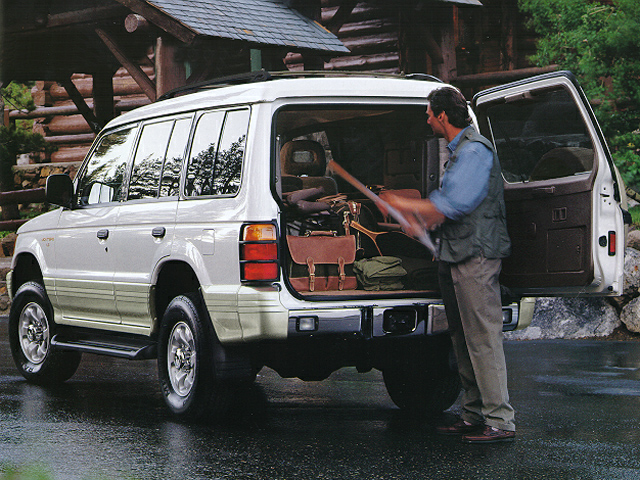 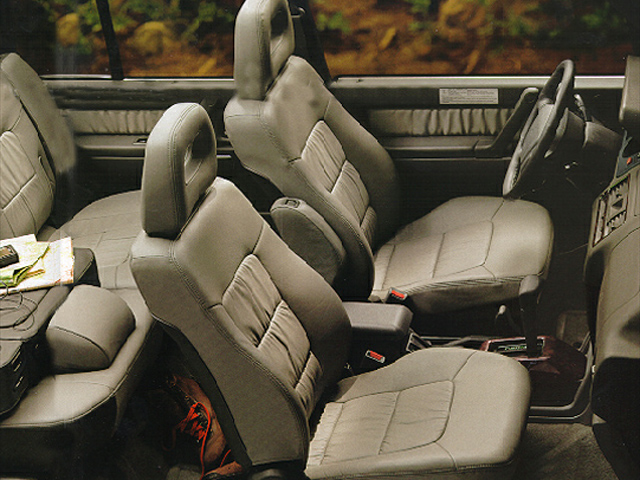