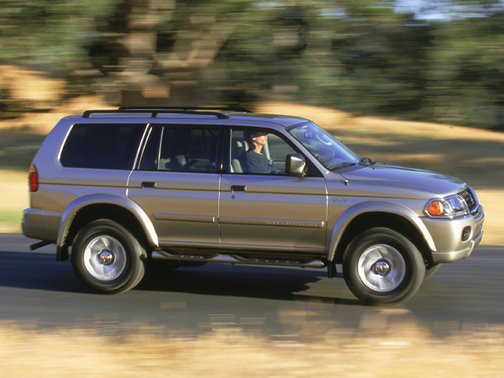 Our 2002 Mitsubishi Montero Sport trim comparison will help you decide.

If you’re looking for a low-priced, mid-sized, true sport-utility vehicle (i.e., one that can go off-road and get back), you might be interested in the Mitsubishi Montero Sport.

Not to be confused with the Montero, which is larger and freshly designed in 2001, the Montero Sport has been hanging around since 1997, and I don’t know why – it consistently comes in at or near the bottom in comparison tests. (It was the big Montero which gained notoriety last year when Consumers Union released footage of it trying to flip over in their avoidance-maneuver tests – saved by training wheels.)

The reason this review is slimmed down is because I didn’t spend as much time in it as I like. It was raining that whole week, and, intrepid as I am, I was loathe to push it hard or even drive it much at all.

The tester was an up-level XLS series, superficially very appealing, with nicely-finished interior and sleek exterior. But on wet roads, be they concrete or be they asphalt, it was scary – even with its nifty all-wheel drive and 2-range four-wheel drive.

After the first familiarization sally, I brought the Sport back to my garage and checked inflation pressures, thinking they must be out of whack. They were right at manufacturer-specified pressure.

It was then that I noticed they were Goodyear Liberty tires, a skin I had earlier found to have horrendously poor wet traction on a minivan I was testing.

If anything, they seemed worse in this application. Not only did they scratch for grip when I poured on the power somewhat boldly, but I felt lateral slippage even at moderate speeds on mildly curving roads. After a few ventures out, I slunk home.

It’s good that I had not first driven the Montero Sport on dry roads, because I might have been emboldened by its credentials to kill myself in the wet.

New this year is the A4WD system, as Mitsu calls it. Like Jeep’s SelecTrac, it allows operation in full-time all-wheel drive for most on-road and light-duty off-road situations, as well as in 4WD high and 4WD low modes for more demanding terrain.

The AWD setting apportions power front and rear via a viscous coupling, which allows smooth and infinitely variable operation. The other modes are mechanical, and a limited-slip differential is optionally available to mediate side-to-side power flow.

All that sounds very promising, but isn’t worth much if the tires can’t hack it.

The driver’s seat is uncomfortably high, and once you crawl up there (little help from a barely-tilting steering wheel), the roof seems low enough to induce claustrophobia.

Ride quality was only fair over rough surfaces – the Sport is truck-based and comfort definitely takes a back seat to ruggedness.

The Montero Sport is issued in four series: ES, LS, XLS and Limited, in increasing order of price and amenities. The cheapest member of the family is the ES two-wheel-drive machine, with a manufacturer’s sugge sted of $23,337, including freight. The XLS I tested starts at $30,187, with freight. (Edmunds.com says most people wind up paying $2,000-$2,500 under sticker). It also had a $1,790 touring package, which includes such goodies as an Infinity sound system upgrade (excellent tonality, so-so tuner), power moonroof, limited-slip diff, and some eyewash. Total was $31,977. Payments, if you paid sticker, would be $648, assuming 20 percent down, 10 percent interest and 48 coupons. There are better choices in the category, but if you are seduced by price or looks, plan on making your first stop at a tire store for grippier rubber.

Its been a great vehicle I have it for over 3 years and no regrets just need to make a change that's why we are selling it..

Great car for a great price

November 21, 2018
By Neets from Honolulu HI
Owns this car

Great Island car. Plenty of room and very comfortable. Easy to get around in the Big City too. Very clean interior. Runs absolutely perfect. And has ice cold air condition.

Ah yes, the Montero Sport...Japan's gift to off-roading in the 90's. The key there is the 90's...because other than off-roading 20 years ago they are generally terrible. Handling is so-so, engines are underpowered, and they are generally unreliable. The one we owned sheared the crankshaft bolt, went through 4 sets of ball joints in 5 years, had to get shocks, stabilizer bar bushings (front and rear), and not one but TWO gas tanks replaced in the time we owned it. We did zero off-roading. It was virtually 100% street driven. Don't bother unless you are looking for a trail beater. 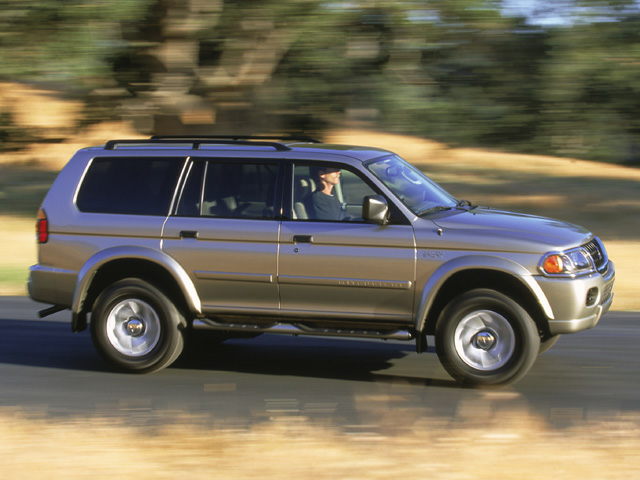 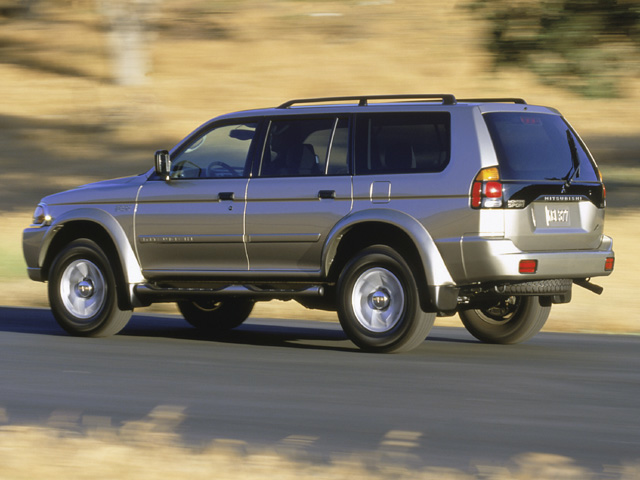 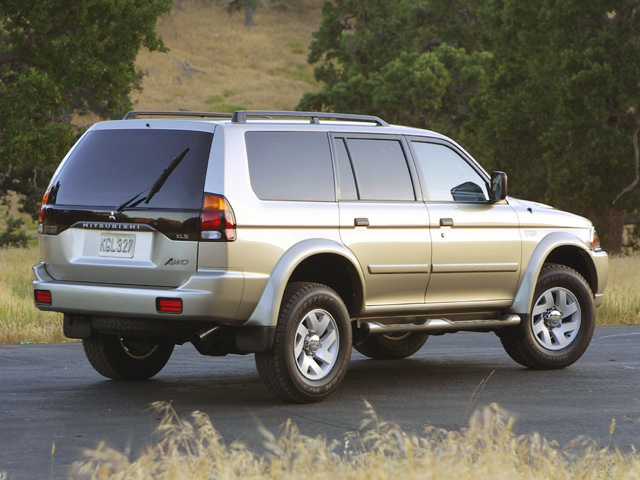 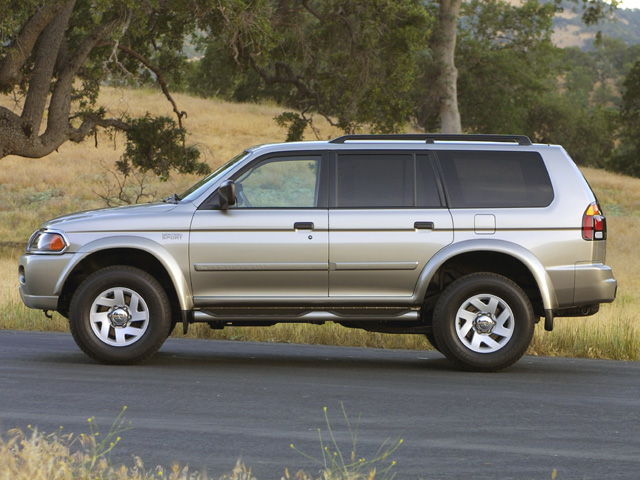 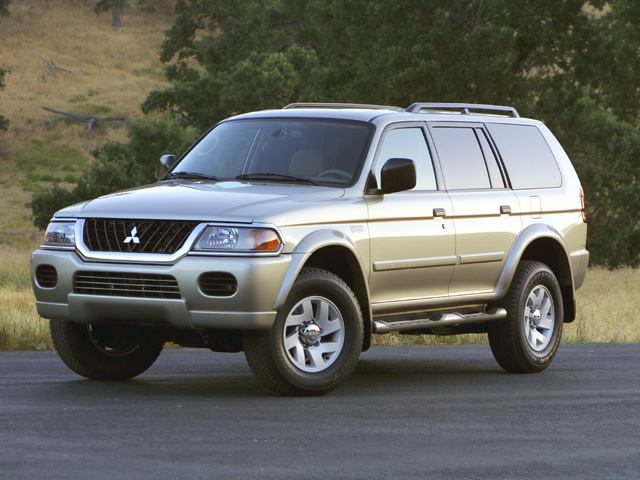 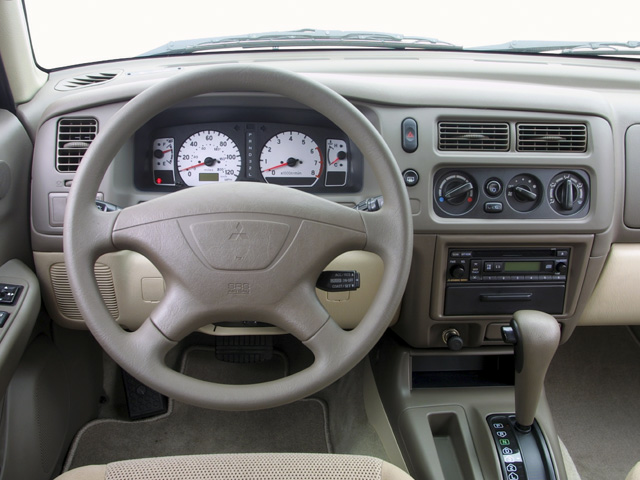 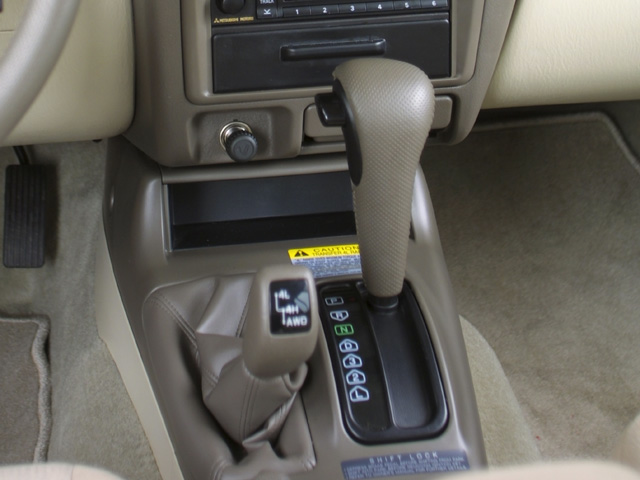