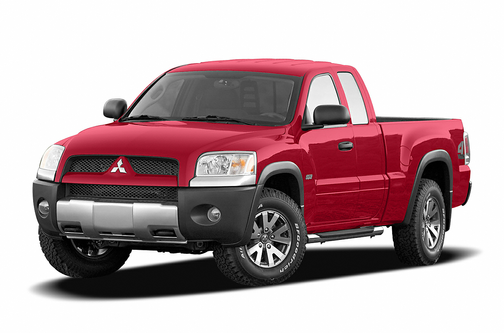 Our 2006 Mitsubishi Raider trim comparison will help you decide.

The 2006 Raider pickup is just one of the many reasons that Japanese automaker Mitsubishi’s fortunes continue to slide in North America.

Purchased from the Chrysler group and sharing major interior and underbody components with the midsize Dodge Dakota, the Raider does have different sheet metal — but the truck’s unique selling points appear to begin and end there.

HE: The saddest thing about the Raider is that Mitsubishi designs and builds such outstanding pickups in Asia, I’m amazed they couldn’t make a business case for bringing them here, even with the 25 percent “chicken tax” that our government still levies on imported trucks. That, and the fact the Raider doesn’t even look half as good as the Dakota. For the kind of money Mitsubishi is charging, give me the Dodge — or better still, a Nissan Frontier, which is the most rugged-looking pickup in the class.

SHE: Mister Negative rides again. Did you ever stop and think that some people might have a hankering for something that’s different? Even in Detroit? I know plenty of young buyers, including some in our own extended family, who buy Mitsubishis just because you don’t see too many of them on the road. And you who once bought a Ford Ranger just because you’re on autopilot here in the Motor City. But I think one of the Raider’s strong points is precisely its distinctive, even masculine styling, especially with that aggressive DuroCross package. I’m sorry. I’m not going to run with the pack, which seems ready to push Mitsubishi into the grave.

HE: You’re right about one thing — you sure don’t see many Raiders out there. In fact, the word on the street is that Mitsubishi has sold so few of them that Chrysler is about ready to suspend production. So much for exclusivity. I’m sorry, but I really can’t think of any compelling reason to buy this truck, and there is certainly plenty of downside. My biggest complaint is that this doesn’t look or feel like a $29,000 vehicle.

SHE: Well, I do have some problems, too — like the manual seat adjusters and the lack of a vanity mirror on the driver’s side. The glovebox is pretty useless, and so are the flip-down jump seats in the rear, which don’t look like they could hold teenagers, let alone two adults. But oddly enough, when we sit down and quantify our likes and dislikes, in at least four key areas, the Raider gets above-average marks. And those are four key attributes that tend to really concern truck buyers. The 4.7-liter V-8 delivers plenty of power. There’s a big, useful bed. The truck is fairly easy to operate. And it’s got bold exterior styling.

HE: And then you have all the things that really annoy buyers. Stuff like running boards that are too narrow to be useful and cheap-looking door trim panels that might have come from a Third World supplier. And crummy assembly quality, including a passenger-side air-bag cover that looks like it was installed in the dark by rank amateurs. Add to that more fundamental problems, like an automatic transmission that lurches on downshifts and a bouncy, floaty ride that will sicken even seasoned carnival-goers.

SHE: Well, it’s still better than a Ford Ranger.

HE: Which starts at $15,000 before heavy dealer discounts. Sorry, but you’re not making a very convincing case for either the Raider pickup or the Mitsubishi brand. Now, if you’re really looking for something different in a $30,000 truck and you’re shopping outside the hometown brands, you might want to check out the Honda Ridgeline. Now there’s a truck of a different color.

He drove, she drove Anita and Paul Lienert are partners in Lienert & Lienert, a Detroit-based automotive information services company.

Still hard to measure up to 14 years later.

It's a true work horse of a truck that came with most of the essential items from the factory . Added a trailer brake a 4" lift and drove the daylights out of it.

Most reliable pickup i ever owned

February 23, 2020
By Eddie from Puerto Rico
Owns this car

The V8, Double cabin has plenty legroom. Very stable and strong. Besides normal repair from wear, no mayor issue. Best vehicle I have owned. Have it since 2006.

All model years for the Mitsubishi Raider 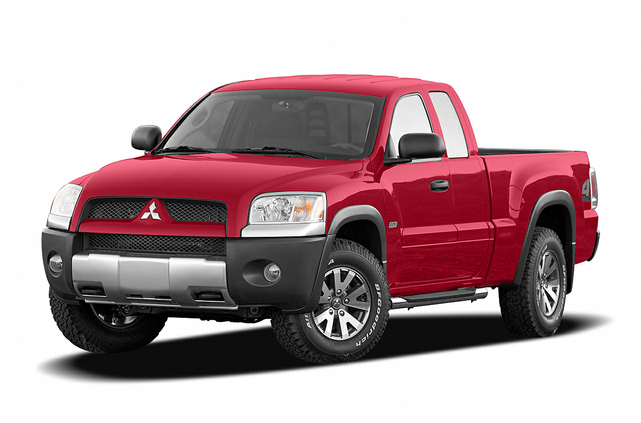 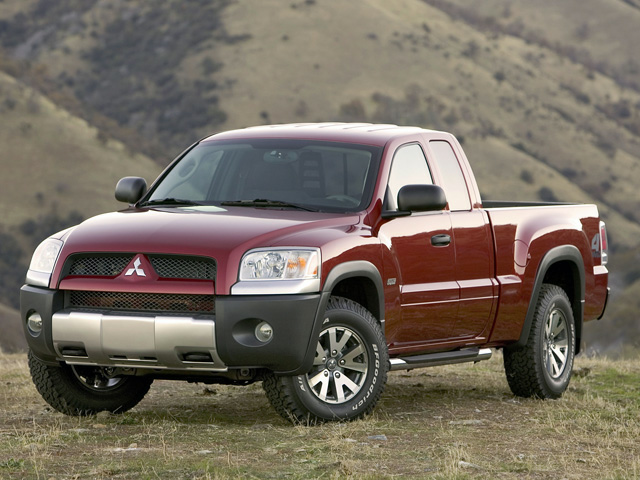 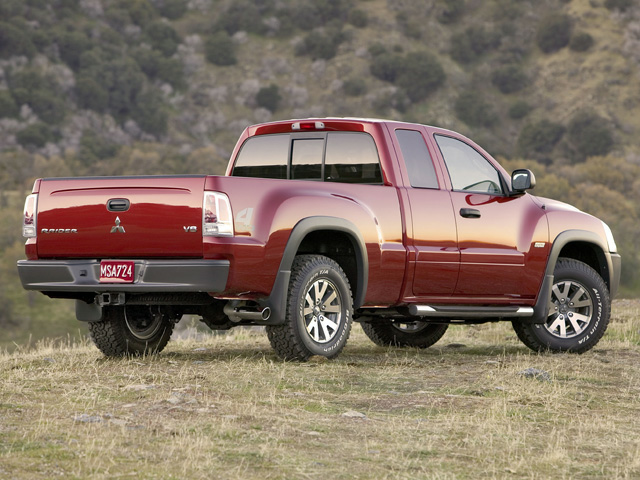 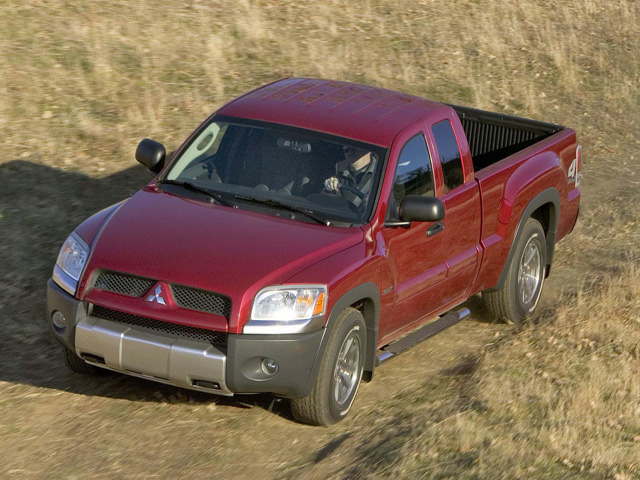 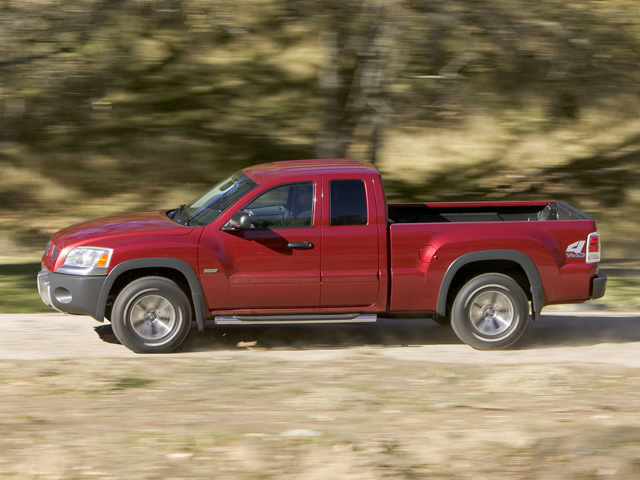 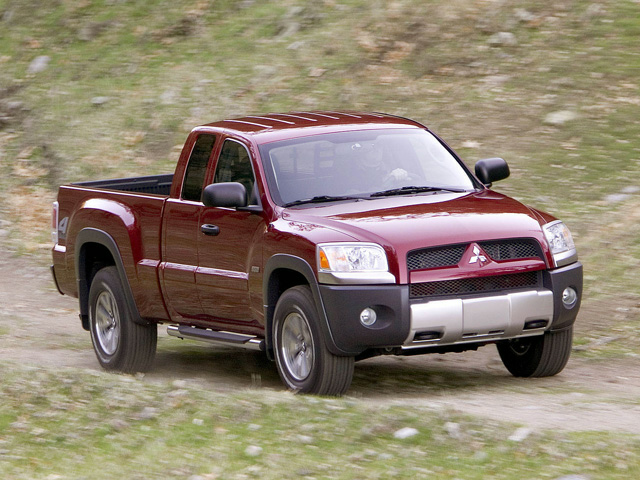 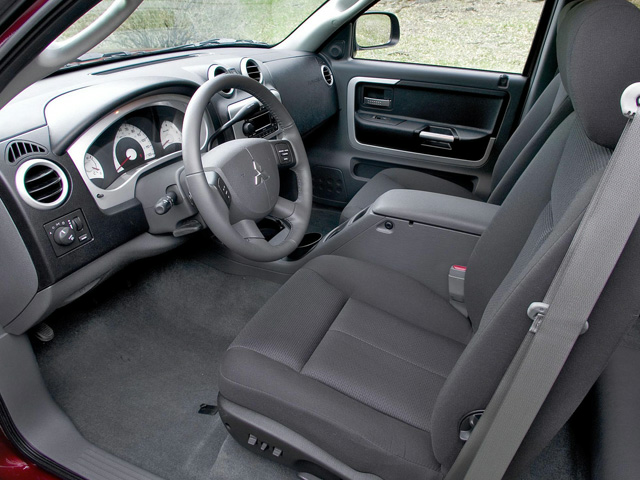 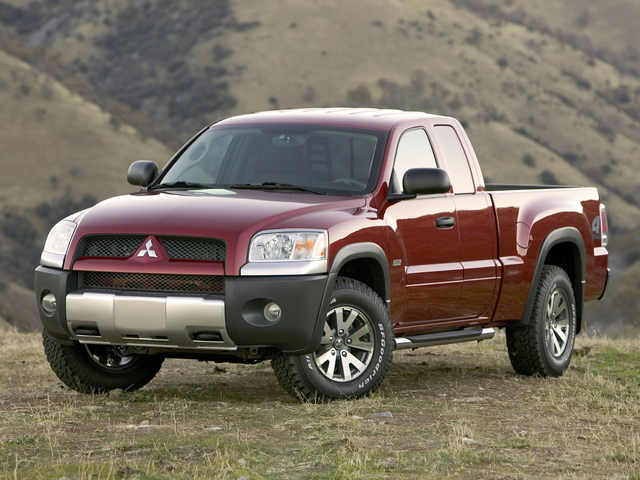