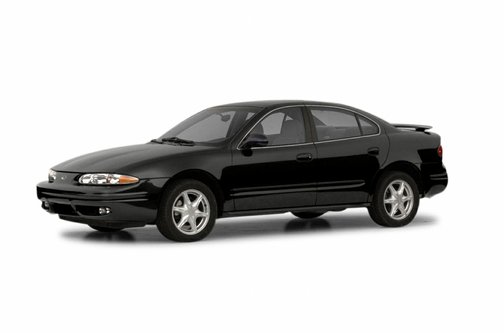 Our 2002 Oldsmobile Alero trim comparison will help you decide.

You do some things for pride. When loss is imminent, you try harder. You fight back, take a beating, but win some measure of self-respect.

The company’s executives allowed Olds to languish for a decade with noncompetitive products in a market increasingly influenced by innovative, sharply styled rivals. By the time GM realized its mistake in 1992, it was too late. Olds was a goner.

But it wasn’t going quietly. Olds stalwarts were determined to show their automotive prowess. They rolled out some winners — the Aurora, Intrigue and Alero sedans, and now the Alero coupe.

I drove two versions of the 2002 Alero coupe, an economical four-cylinder GX model and a surprisingly fast and agile V-6 GL2 Sport. Both were equipped with five-speed manual transmissions, rare gearboxes for Oldsmobile. Both were good values for the dollar.

I spent most of my time in the four-cylinder Alero GX. It came with one of GM’s newest engines, an all-aluminum, 2.2-liter 140-horsepower job that gets 25 miles per gallon in the city and 33 on the highway when mated to the manual transmission. That is a 3-mpg increase for city travel and a 1-mpg gain for highway cruising over the four-cylinder engine previously used in Aleros.

Both the Alero GX and GL2 Sport hold 14.1 gallons of regular unleaded gasoline. I drove the Alero GX on a 500-mile round trip from Northern Virginia to New York City on 1 1/2 tanks of fuel, including gallons wasted in congestion on Interstate 95 and the New Jersey Turnpike.

Overall, it was a good drive. The GX’s cloth-covered front seats were comfortable. Road noise was minimal. Acceleration was competent, facilitating quick lane changes in traffic moving at about 70 mph.

I wound up feeling good about the car, only because I expected so little from it. I thought it would be heavy and loosely built in comparison to models such as the Honda Accord coupe. But the Alero GX actually weighed less — 2,946 pounds, vs. 2,967 for the comparable 2.3-liter, four-cylinder Accord.

The Alero GX also was just as tight as the Accord. There were no rattles, squeaks or anything of the sort. It also handled as well in crash-avoidance maneuvers (a normal part of driving on I-95) and in dense urban traffic.

I would never park a Honda Accord overnight on a New York City street. Thieves adore that car as much as the buying public does. But I did park the Alero GX on West 86th on a Saturday night. It was in the same place Sunday morning with nary a fingerprint.

Therein lies the reason for Oldsmobile’s demise, and for GM’s continuing struggle to hold on to market share in the United States. No t much about the Alero GX inspires passion. It is a device, commodity, conveyance, an ascetic’s delight.

The Alero GX works well, and it would be a wise buy for anyone seeking a bargain on a compact coupe. But money isn’t everything in car sales.

The prospect of saving cash on gasoline does little to persuade consumers to buy the most fuel-efficient cars. The certainty of losing money at the gas pump does little to dissuade them from buying fuel-thirsty, full-size sport-utility vehicles.

Cars and trucks are sold on sex appeal, ego enhancement, emotion. Lose the emotion and the only thing left is to sell on price.

GM’s executives want to end that downward spiral, which is why they recently hired Robert Lutz to take over the company’s vehicle-development program. Lutz helped save Chrysler Corp. from bankruptcy with stylish models such as the Dodge Viper and the PT Cruiser.

Lutz is a legend but not a god. He might have arrived i time to help save GM from itself. But even with technically worthy cars such as the Alero, there is little he can do to resurrect Oldsmobile. That would take a miracle.

The car I bought from a good friend. It already had 230k on it. She runs like a top! The paint has not held up well at all. Several large patches where the paint has peeled off.

October 31, 2018
By KYk from Rotonda West, Florida
Used to own this car

It?s a good car to start driving with cheap economical very reliable and good on fuel never had a problem with it the time I had min

This is my first car. I got it in 2014. I had to replace the fuel pump at 140K miles. I am at 170K miles now. Having no issues anymore. The motor in my back window went out recently and my lock buttons don?t work. Just little things. Other than that, this is an amazing first car. 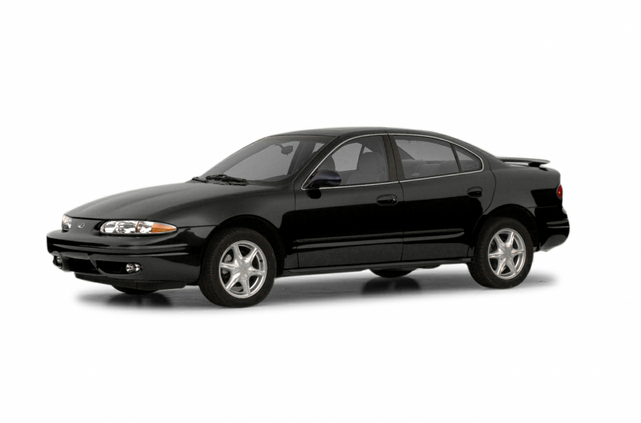 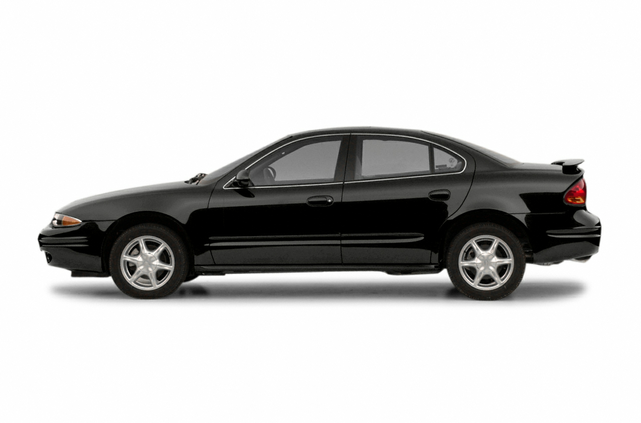 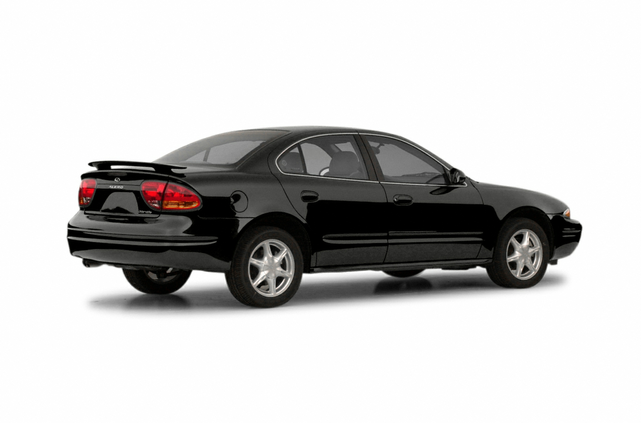 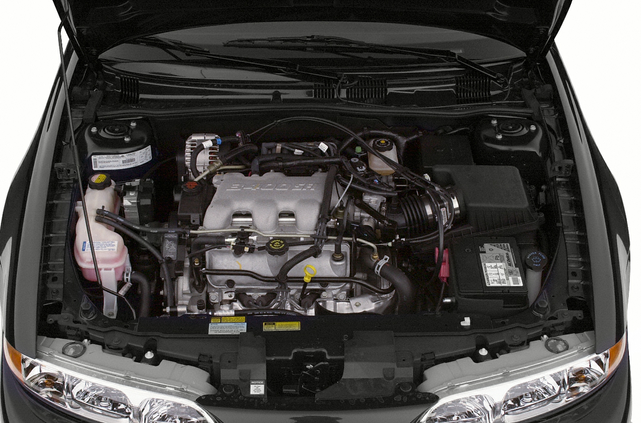 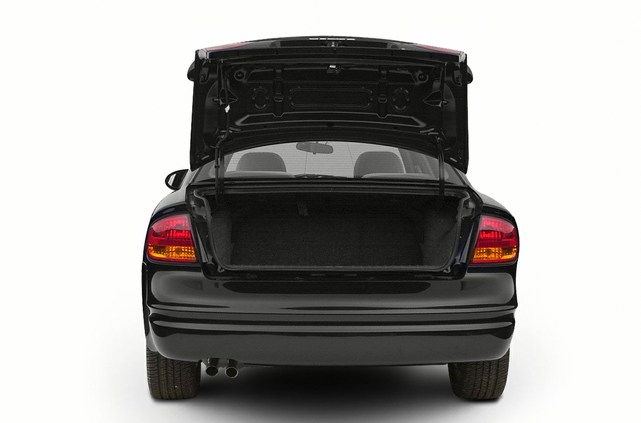 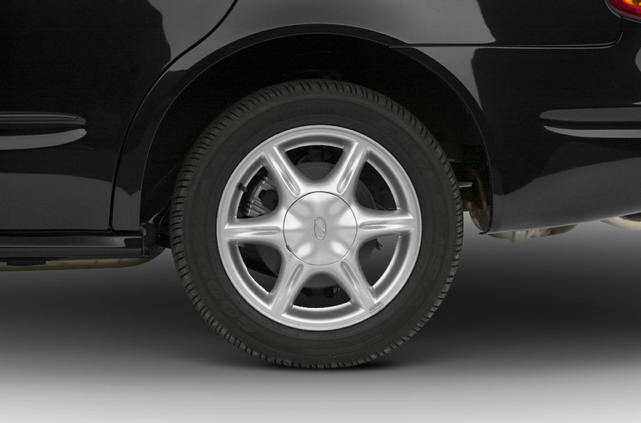 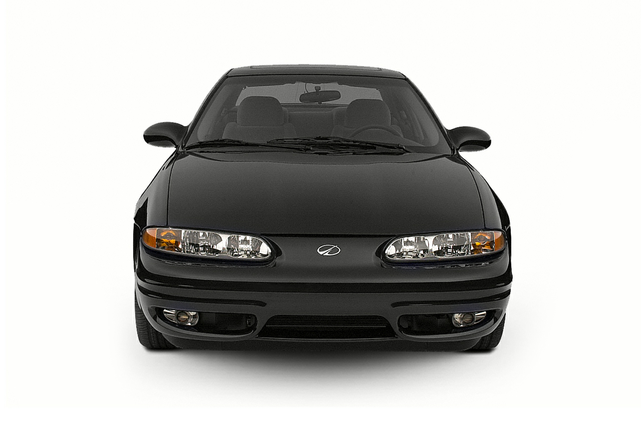 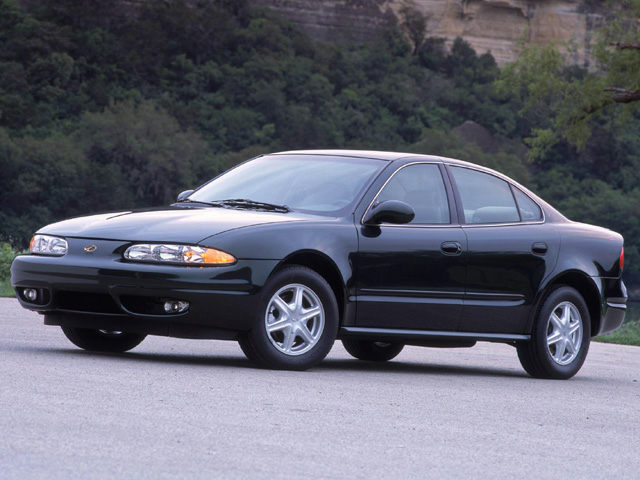 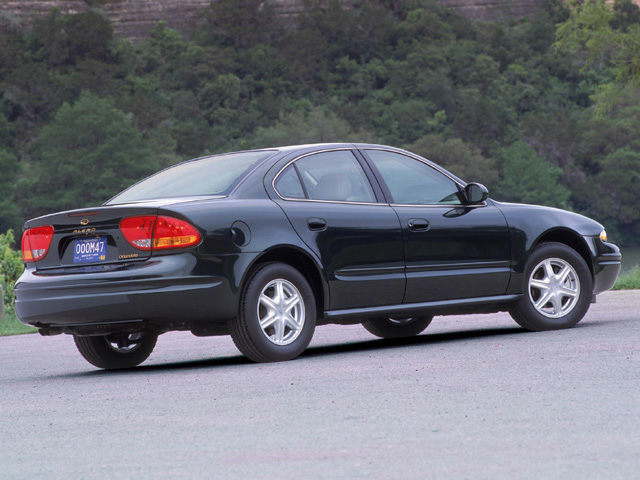 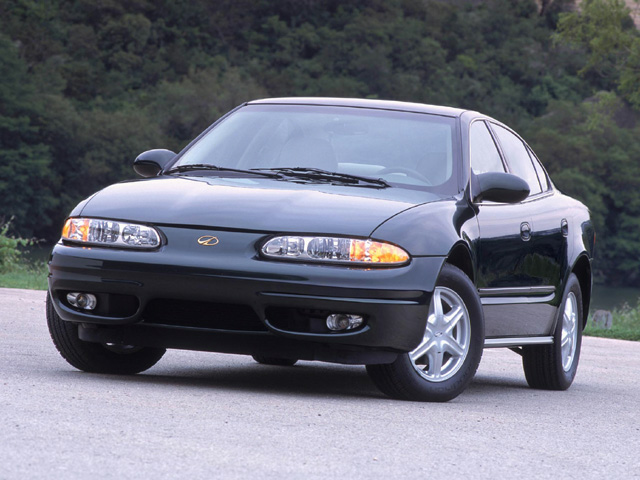 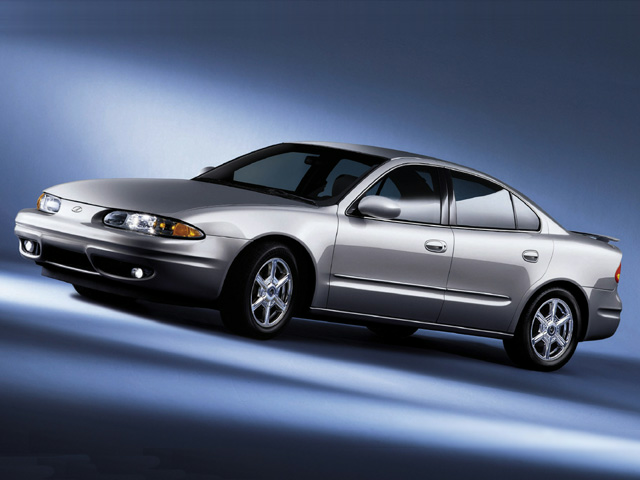 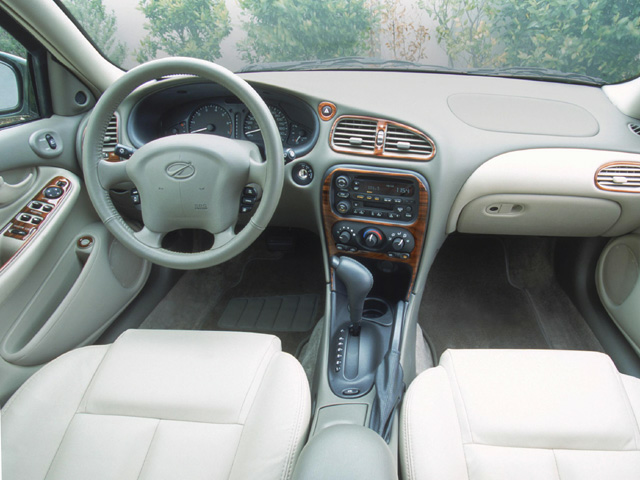 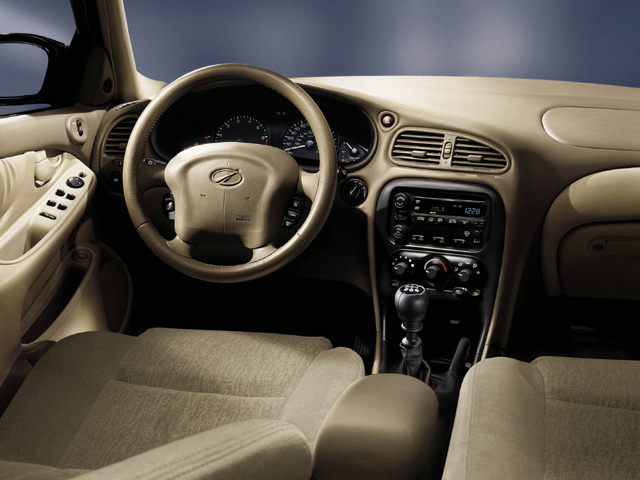 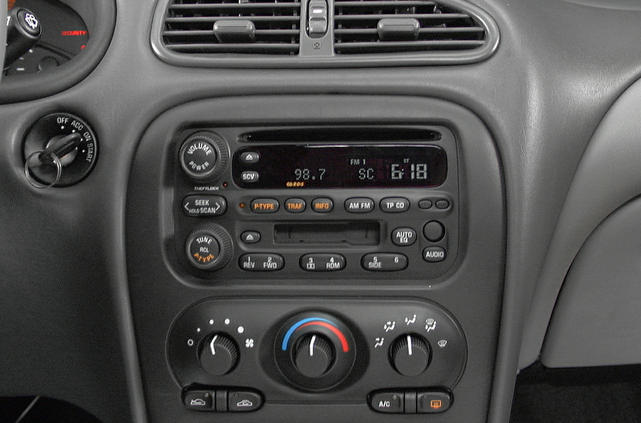 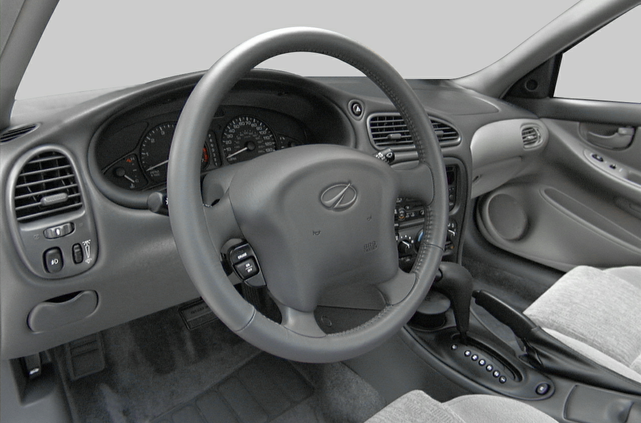 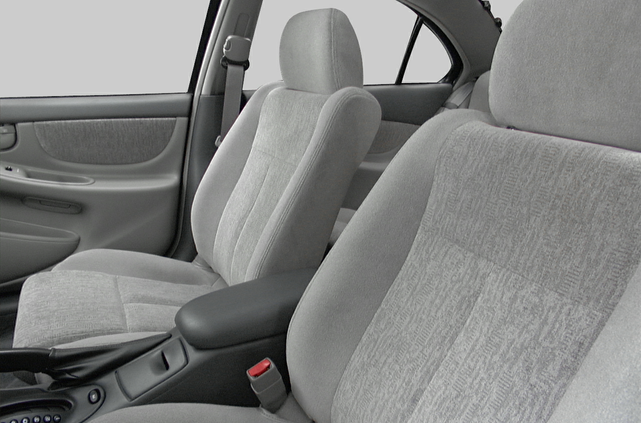 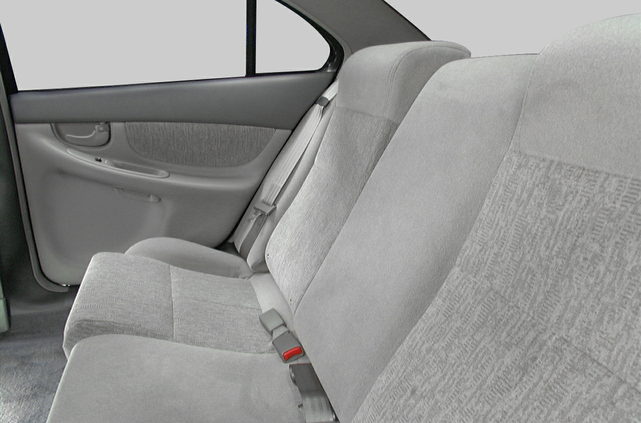