Our 2002 Oldsmobile Aurora trim comparison will help you decide.

Vehicle Overview
A navigation-assistance radio is optional in the 2002 Aurora, which gets chrome exhaust tips and a trunk-entrapment release lever. Redesigned with a fresh look as a very early 2001 model, Oldsmobiles full-size near-luxury sedan slimmed down in size and gained a V-6 engine option to join the original V-8. The V-6 version was priced lower and was intended to make the Oldsmobile brand more appealing to import-oriented shoppers. Oldsmobile first launched the Aurora back in 1995 but sought higher sales for the latest version.

In December 2000, General Motors announced that the Oldsmobile brand would be phased out, but the Aurora is expected to remain on sale for some time. It serves as the largest Oldsmobile on the market and is a model that has no direct relative in other GM divisions.

Exterior
New styling for 2001 retained the muscular look of the original Aurora, but the sedan became more conservative in overall shape in an attempt to broaden its attractive powers. Its resemblance to other Oldsmobiles is most evident up front, but the large taillights are suggestive of Jaguars back lights. Rear fog lamps are among the standard features.

Interior
The Aurora has seats for five passengers and sufficient headroom and legroom for taller folks in the front and rear. The back cushion is low and its seatback is reclined, which might not please everyone who sits in the rear. A wide opening makes it easy to load and unload the trunk, which has a capacity of 14.9 cubic feet. A small pass-thru from the trunk to the backseat allows owners to carry long objects. GMs OnStar communication system is standard.

Under the Hood
The Auroras 3.5-liter V-6 engine develops 215 horsepower and is the same engine used in the midsize Oldsmobile Intrigue. The 4.0-liter V-8 power plant is rated at 250 hp. Both engines work with a four-speed-automatic transmission and can run on regular gasoline.

Safety
Standard safety features include antilock brakes, traction control and side-impact airbags for the front seats. Active front head restraints move up and forward in a collision to reduce the chance of whiplash injury. All five seating positions have three-point lap-and-shoulder safety belts.

Driving Impressions
The V-6 engine performs almost as potently as the V-8, though passing power is greater with the latter. It actually ranks as more vigorous than most owners need. With either engine, the Aurora is a highly pleasing road car that has a light overall feel considering its still-ample dimensions. It handles with a very light touch. The bigger tires on the V-8-powered version produce a stiffer, less absorbent ride that can get tedious when traveling through rough pavement.

Picked up a brand new 2002 4.0 Aurora back in autumn 2001. Black with dark gray interior and 17" chrome wheels. Loaded expect for navigation because the Bose stereo was only available w/out the navigation. She's still going strong and has been a reliable car. The fuel pump failed once, and I've replaced the rack and pinion twice as well as the subframe. The front end and rack and pinion issue could have been from the pot holes and rotting roads. There were issues with the weather seals leaking water but its fixed now. It also leaks a little oil. But overall its been a GREAT car, very luxurious with great Bose stereo and killer exhaust note from the 4.0 V8. The only performance gripe is that bigger brakes would be nice. It gets HORRIBLE 12.5 mpg in city with regular fuel, slightly better milage using recommended but optional premium gas. If you cruise at about 45mph in 4th gear the engine runs about 1500 rpm and returns over 30mpg even with the v8. But if you drive it hard it sucks fuel fast as the v8 roars and you can basically watch the gas gauge drop. The gated shifter is fantastic for dropping into second gear for passing or going up hills fast. The handling is great for a full size 2002 model, although it would be better if it was rwd. The torque from the v8 is less than optimal to run through the front end, and torque steer can be vicious under full throttle on wet pavement or going uphill - it yanks allover the place. But on dry and flat pavement the torque steer isn't too bad.

August 9, 2014
By bignate from stilwell
Owns this car

i brought this kind of car a year it 12,0000 now 14,0000 i love this when i first got it needed some work but all that bad great on gas for young people in college like myself great sound system i hate the DIC it drives me crazy!! i cant get over how i pull some where and it out does other cars with its looks and power the v6 olds aurora is a great car

Last of the Great Oldsmobiles

January 30, 2013
By Oldsmobile fan from Ohio
Owns this car

Just purchased what will probably be my last Oldsmobile, an '02 Aurora - one owner, trade-in at Dunn Chevrolet, (Olds), Buick in Oregon, OH. This car has exceptionally clean interior and appears to have been well taken care of.... typical of what you would expect from someone who would buy a new Aurora. I traded in a '96 Olds 88 with 222,000 miles. This also was a truly great & reliable car. Hope the Aurora is as good!!! Too bad GM killed a great car!!!!! 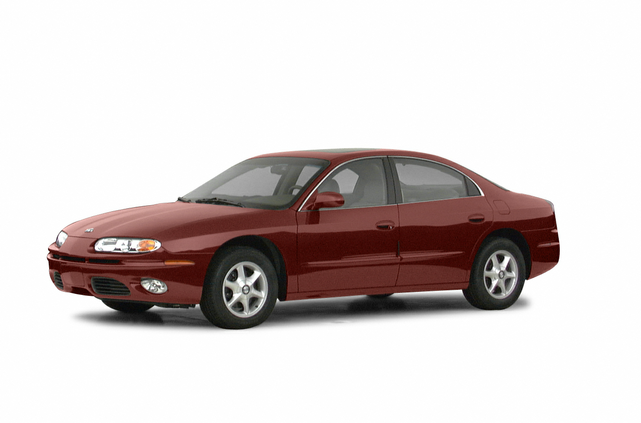 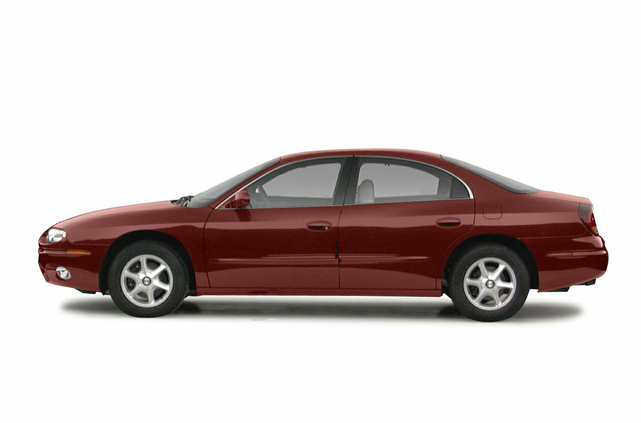 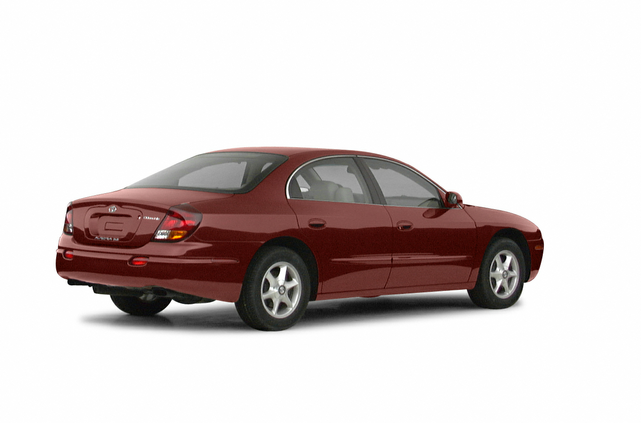 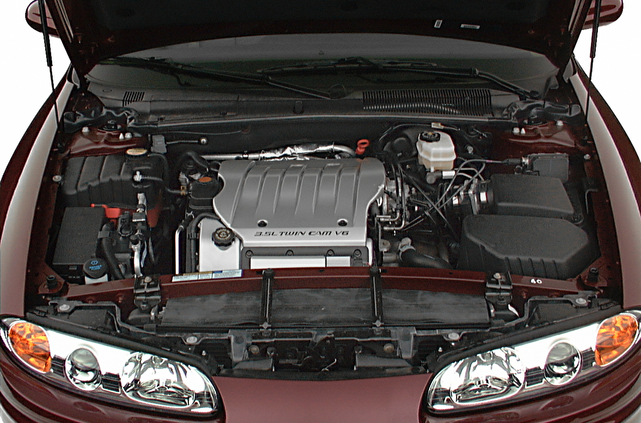 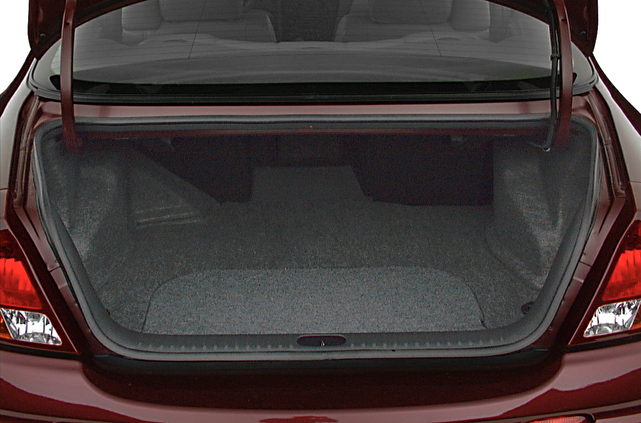 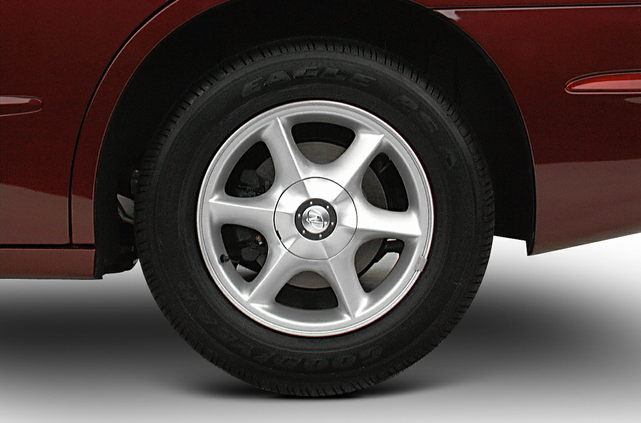 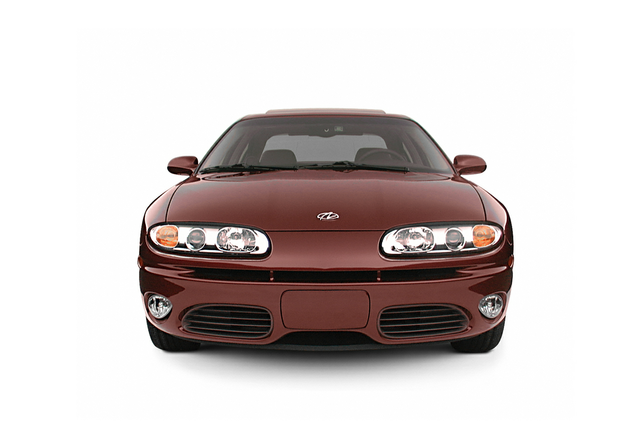 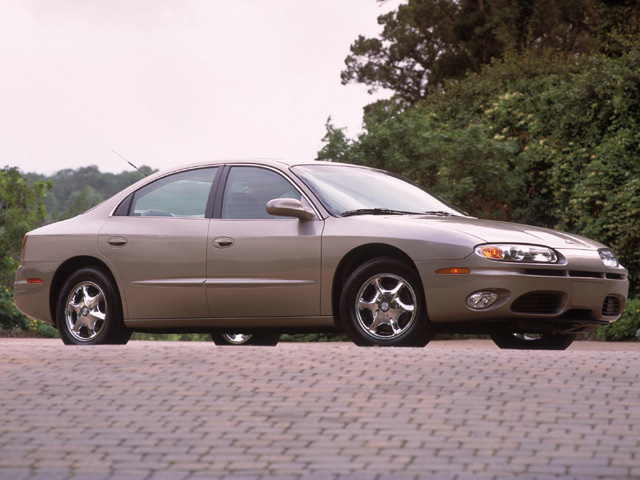 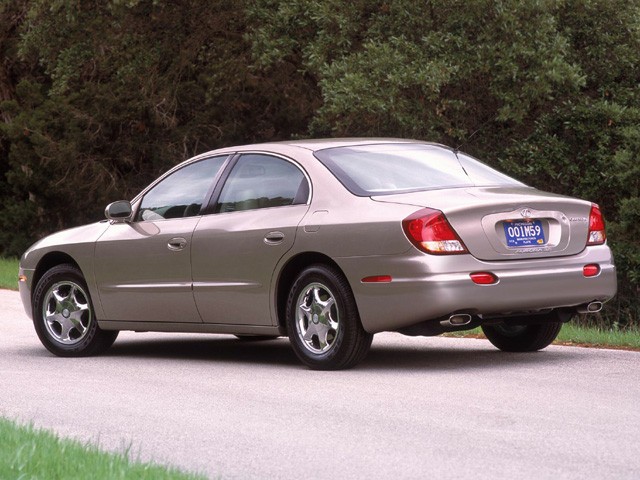 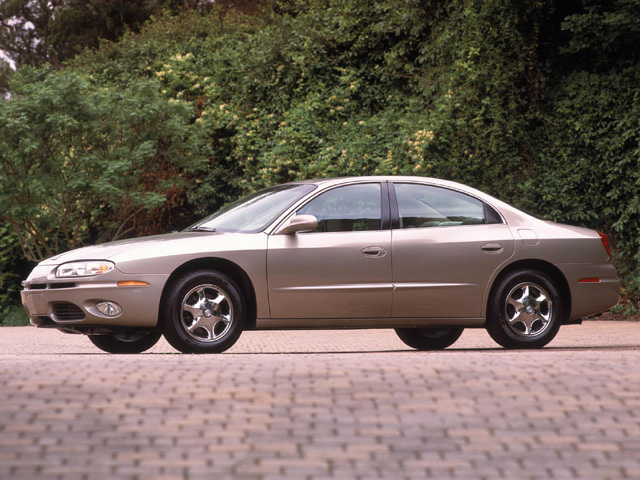 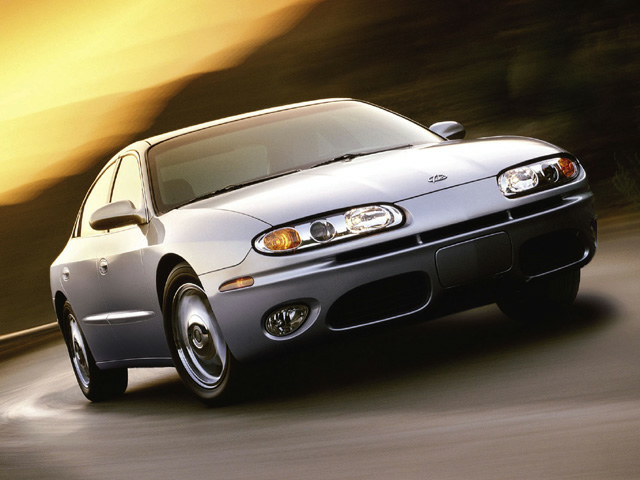 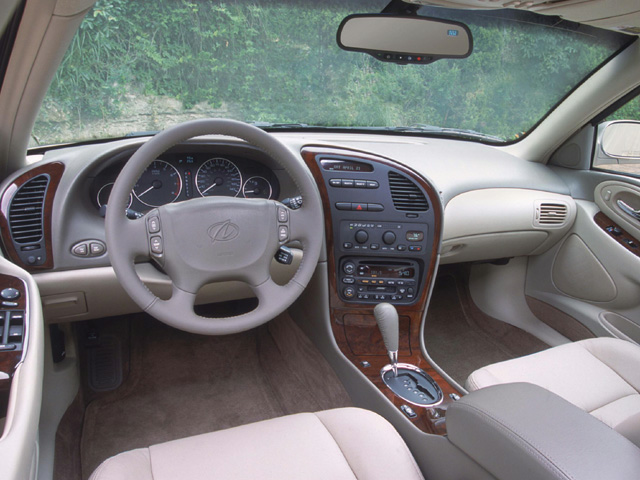 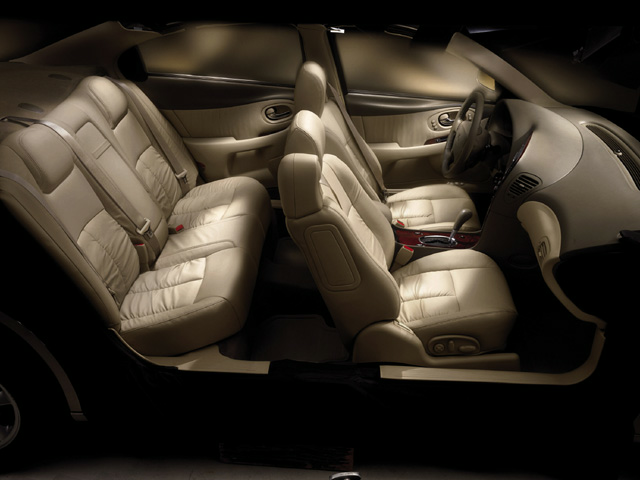 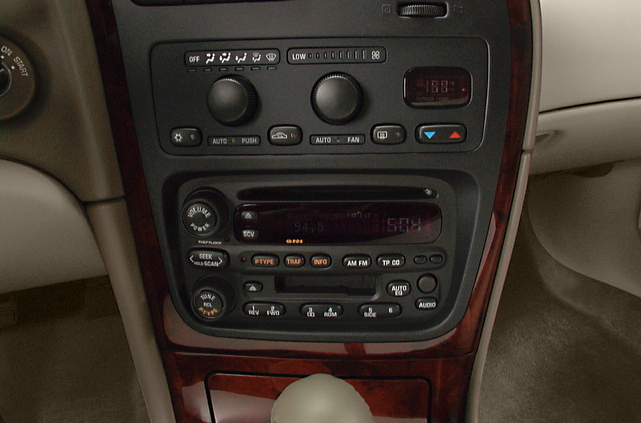 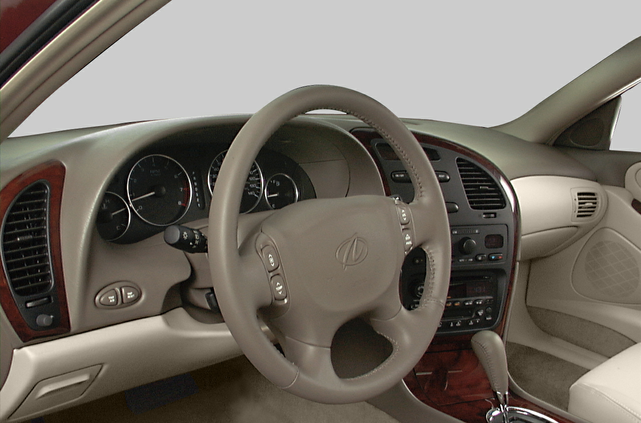 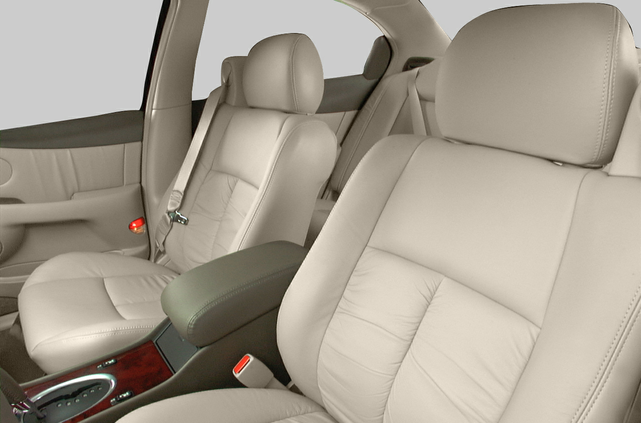 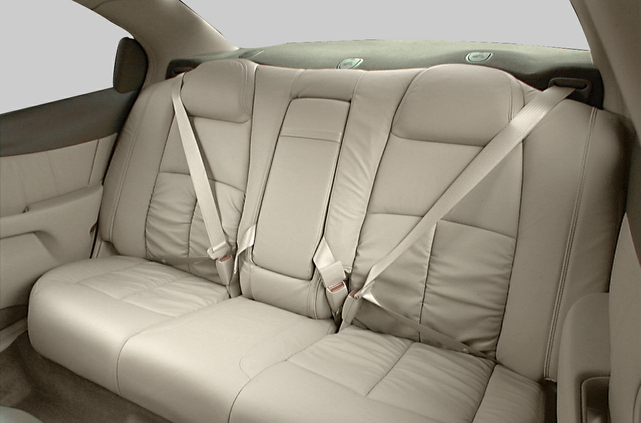