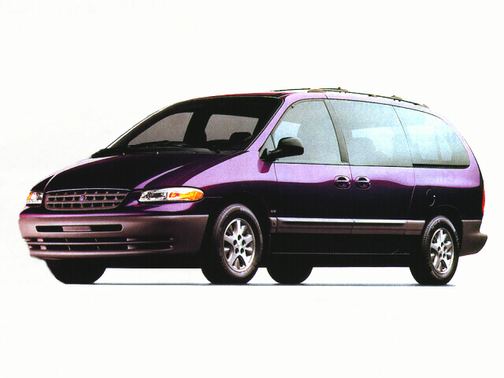 Our 1996 Plymouth Grand Voyager trim comparison will help you decide.

Plymouth, one of America’s oldest automotive nameplates, has faded in the last three years as Chrysler poured its resources into rebuilding its higher profile Jeep, Dodge and Chrysler brands.

Asthe 1996 model year gets under way, you’ll find just two vehicles are in the Plymouth lineup: the popular Neon compact and this week’s test vehicle, the Voyager minivan.

But Plymouth won’t be left high and dry for long. Smoother sailing – in the form of a new marketing strategy and fresh products – is on the way.

The new strategy: Plymouth products will be less expensive than Dodge and Chrysler vehicles and will be aimed at value-conscious, budget-minded buyers.

The new vehicles: Next spring a new midsize sedan called the Plymouth Breeze, an offshoot of the Dodge Stratus/Chrysler Cirrus, joins the Plymouth lineup. Sometime after the Breeze appears, Chrysler plans to add the Prowler – a flashy, retro-styled convertible hot rod – to Plymouth’s portfolio.

Until the new vehicles arrive, the all-new Voyager minivan will be Plymouth’s high-profile vehicle.

The Voyager is available with numerous drivetrain combinations that range from a 2.4-liter, 150-horsepower four-cylinder engine and three-speed automatic transmission to a 3.8-liter, 166-horsepower V-6 and four-speed automatic with all-wheel drive.

Our test vehicle came with the midrange engine -a 3.3-liter V-6 – and four-speed automatic transmission. This powertrain adds $815 to the base price.

I found Grand Voyager’s performance to be quite good in all situations. This smooth and quiet-running engine is very responsive, providing ample verve from a stop. Such responsiveness makes city driving much more enjoyable.

There was also plenty of power available when I accelerated into fast-moving traffic. I heard the engine make noise only when the tachometer needle reached 5,000 rpm, and even then the muted whine it made was pleasing.

The Voyager’s four-speed automatic is the smoothest shifting automatic transmission I have yet to test from Chrysler. The transition from one gear to the next is close to seamless.

I would describe the Voyager’s performance as very carlike. It performs as well as the average midsize sedan. Acceleration didn’t suffer, even when the seven-passenger van was loaded with people.

Fuel economy is excellent for such a large vehicle. The Grand Voyager runs on the least expensive grade of unleaded. Fuel mileage came in at 19 mpg in the city and 25 mpg on the highway.

Unlike other minivans, the Voyager doesn’t have a stiff, bouncy trucklike ride. Rather, it rolls over the pavement in near silence and without any harsh movements from the suspension system.

In fact, the Voyager is the first minivan I’ve tested that rides like a luxury car. The van dips gently in one fluid movement when it rolls over a bump.

The Grand Voyager is the long wheelbase version; i t’s 6 inches longer than the base Voyager. That and 70 pounds of additional weight (the Grand Voyager weighs in at 3,766 pounds) help give this minivan excellent road manners, including the ability to roll down the highway impervious to crosswinds.

Chrysler uses gas-charged shocks, struts, coil springs and stabilizer bars up front and leaf springs connected to a tube-type axle in the rear. There’s nothing new here, but structural improvements in the Voyager’s body have enabled the suspension system to provide a smoother, quieter ride.

The Grand Voyager is very maneuverable for a large van. It can turn a complete circle in just 39.5 feet – a circumference 3 1/2 feet smaller than last year’s vans.

Power-assisted front disc/rear drum anti-lock brakes are standard on all models. They provide ample stopping power. The ABS system is quiet and effective, and it stops the vehicle easily and in a straight line on slippery roads.

I’m convi ced the Grand Voyager is the most user-friendly minivan money can buy.

It seems as if Chrysler’s interior designers took a close look at their old minivan – as well as competitive vehicles – and then set out to make the new Voyager better in every way.

For now, the Voyager and its siblings – the Chrysler Town & Country and the Dodge caravan – are unique in that they offer sliding doors on both sides. Traditionally, the sliding door has been available only on the right.

The left-side sliding door is a $450 option, but it is well worth it – it basically doubles access to the interior.

And getting in and out of the Voyager is one of the vehicle’s best traits. The door sill is very low, so you step in, not up.

Everything about the Grand Voyager, from the minimal effort required to slide open both doors, to the versatility of the seats, to the size, shape and layout of the controls, has been designed to be easy to operate.

From the driver’s seat, all important controls are less than an arm’s length away, and they require only a slight amount of attention to operate.

Just underneath the radio is the very latest in cupholder technology. A pop-out tray has two cupholders that have a built-in ratcheting mechanism that grips the bottom of cups and cans. Nice touch. And by the way, these cupholders can hold the biggest convenience store drink you are likely to find.

Switches for the windows are housed on the door panel. The electrically operated rear side vent windows open outward about 3 inches, an exclusive feature on Chrysler minivans.

Our test van featured two rows of removable rear bench seats. The middle row came with built-in child safety seats. These bench seats are latched to the floor but can be easily removed. And because they are on wheels, the seats can be rolled into the garage. On the down side, the removable seats weigh 90 pounds each, so taking them out is more than most people can handle on their own.

With the rear seats out, there is enough room in the back to haul such things as sheets of plywood.

There is also plenty of room between the seats when they are in, so passengers can move about the cabin easily.

The rear area also has its own air-conditioning system with vents neatly integrated into the roof.

After a week and nearly 400 miles, our van exhibited nearly flawless quality. Sometimes the engine was a bit cranky when hot, but I discovered that it restarted much easier when I didn’t touch the accelerator.

All in all, it’s the best minivan money can buy.

Truett’s tip: The 1996 Plymouth Grand Voyag er offers an exceptionally smooth luxury-car ride, takes user-friendliness to a new level and puts Plymouth at the head of the parade of minivans.

Grand Voyager Van is my pride and joy.

I bought a new 1996 Grand Voyager SE. I have lots of people sometimes, so the quad of captains chairs and the bench seat for three was exactly what I needed. I also have a ceramics business and periodically haul large loads of items. Since the captains chairs unhook and the bench seat can be released from its rail, I can take all seats out with the exception of the drivers seat. The car itself is so comfortable, I never have a back problem. It is a very smooth ride. When I pick up dry cleaning, I hang it on pull down hooks on either side. This car also has two ports (front and rear for laptops or other items)Cup holders throughout, as is press to turn on lights. With over 100,000 miles, I have had minimal repairs. I would be lost without my van.

best for the money

for the money, this is best most reliable minivan made. Have 150K on our 96 and it just keeps going. Only had a couple small repairs in the 10 year history, it's a tank. Plan on keeping it another 150,000 miles!

All model years for the Plymouth Grand Voyager 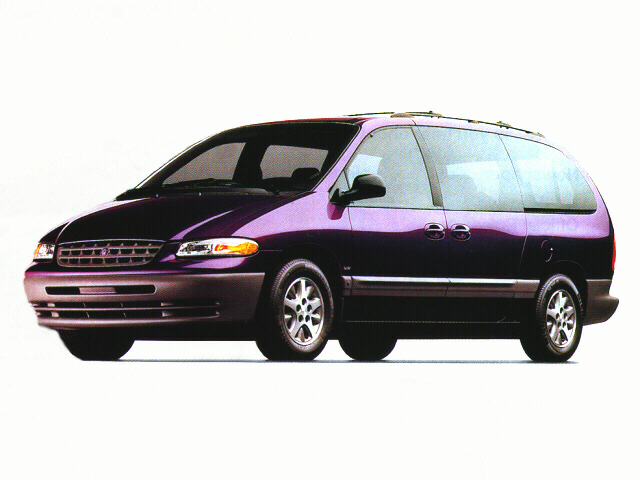 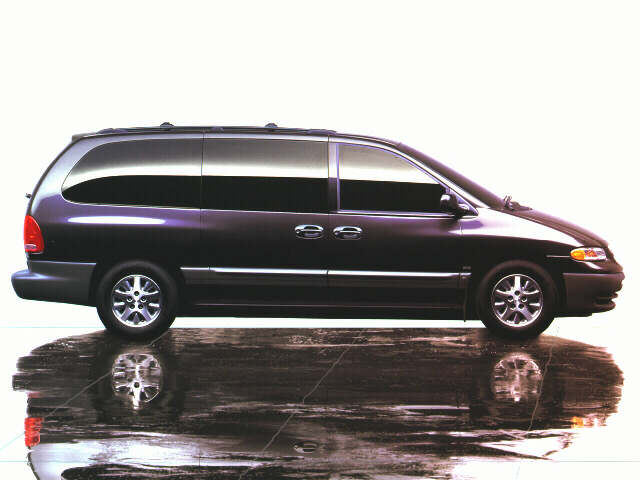 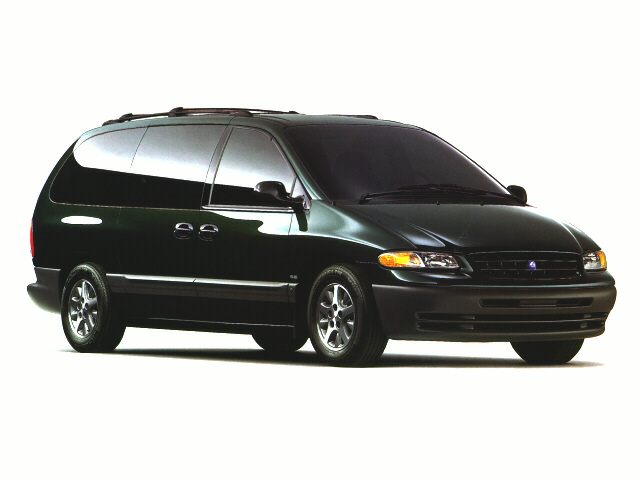 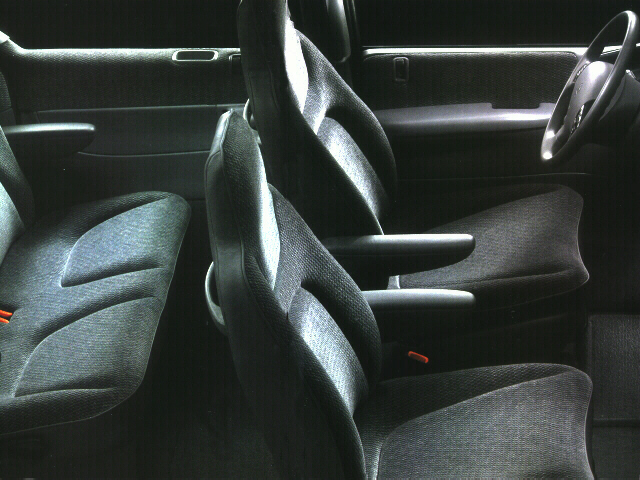